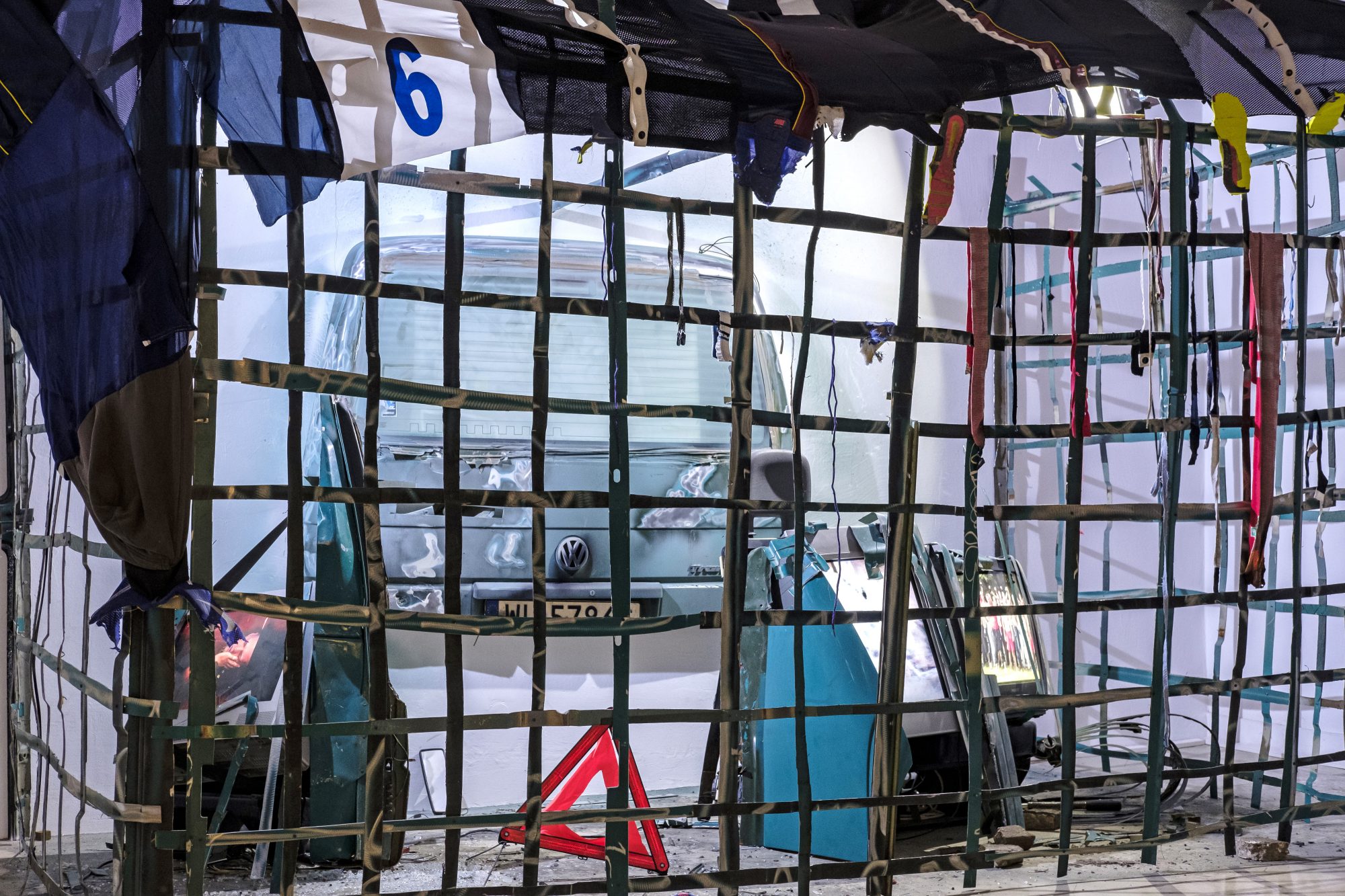 Reserve your ticket for the exhibition here.

Galerie Ron Mandos is pleased to present Trans Hooligans, an exhibition of works by Marcin Dudek (1979). Through his experiences of being part of a hooligan group in Krakow during his adolescence, the Polish artist explores the subculture of fanatical support groups and the dynamics of crowds in and around the football stadium. These explorations help us to understand the functioning of the human psyche, our insatiable need to belong to a community, and our thirst for recognition and hierarchy.

A main component of the exhibition is the installation Trans Hooligans (2020). This work explores the radical nature of the ultra communities through the autobiographical account of the failed attempt to attend a football match in 1995, which led to a violent clash between two rival fan groups. The main body of the installation consists of a sliced-up Volkswagen Transporter, reconstructed in the form of a cage. The metal structure is then covered by a flag made of fabric quilted from the characteristic uniform of the ultras: training pants, tops, sport shoes, custom scarves, caps, and balaclavas.

Within the installation, we find TV screens showing looped footage and photographs of ultras boasting about their bodies and drawing attention to themselves. We see the everyday rituals of football fanatics, which are often raw, at times aggressive and even toxic. In addition to the installation, the exhibition includes a video of Dudek’s performance practice, which gives us a taste of the highly charged choreographies of the stadium. Equipped with clothes and tools belonging to the hooligan vocabulary, like black and orange smoke grenades, the performance allows the artist to relive the extreme sensations of violence and panic, the desire for disturbance, and the movement of the crowd.

Dudek’s collages often allude to tragic or violent events from stadium history, such as the Heysel Stadium disaster in 1985. His Heysel series from 2021 animates the degradation of an aerial view of the stadium to the motion of a crowd in turmoil. Other collages in the exhibition refer to theoreticians and scholars working in the domain of crowd behavior, such as the biologist and evolutionary theorist W.D. Hamilton. All collages are created in Dudek’s characteristic style – with bits of medical or gaffer tape meticulously sliced and pasted onto a wooden pane, ultimately taking shape in dynamically abstract structures. The level of detail and craft is manic and neurotic, meditative and thoughtful, as violence becomes an energetic aesthetic reflecting a lived experience.

All works courtesy the artist and Harlan Levey Projects⁠ 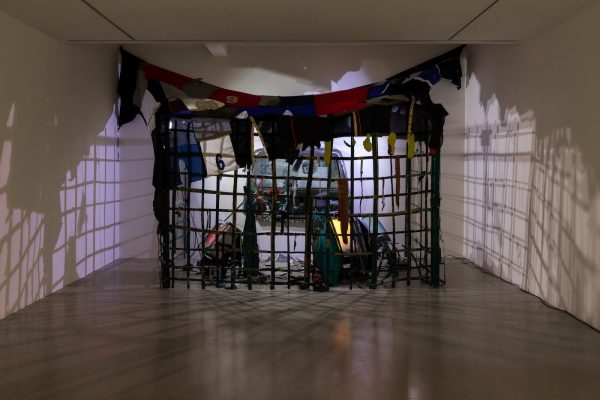 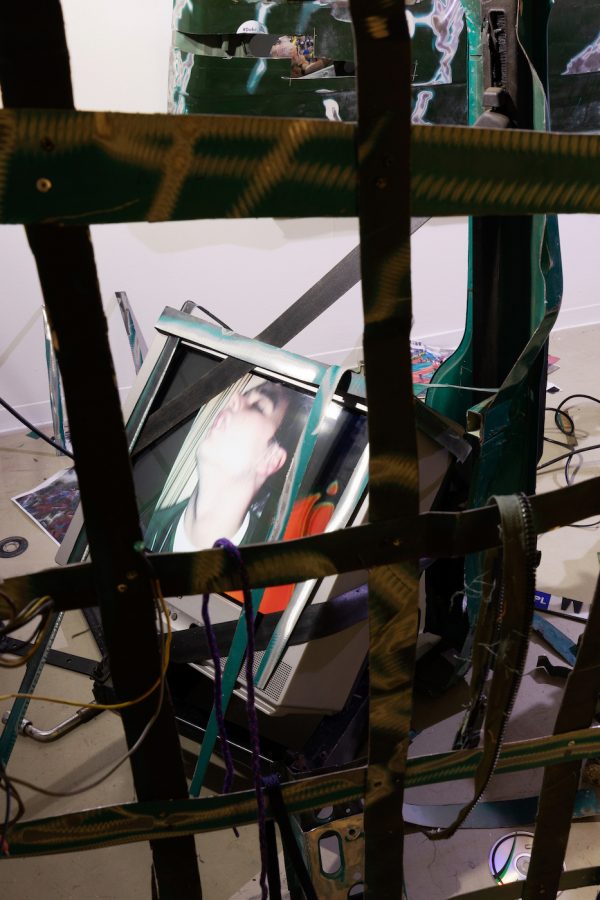 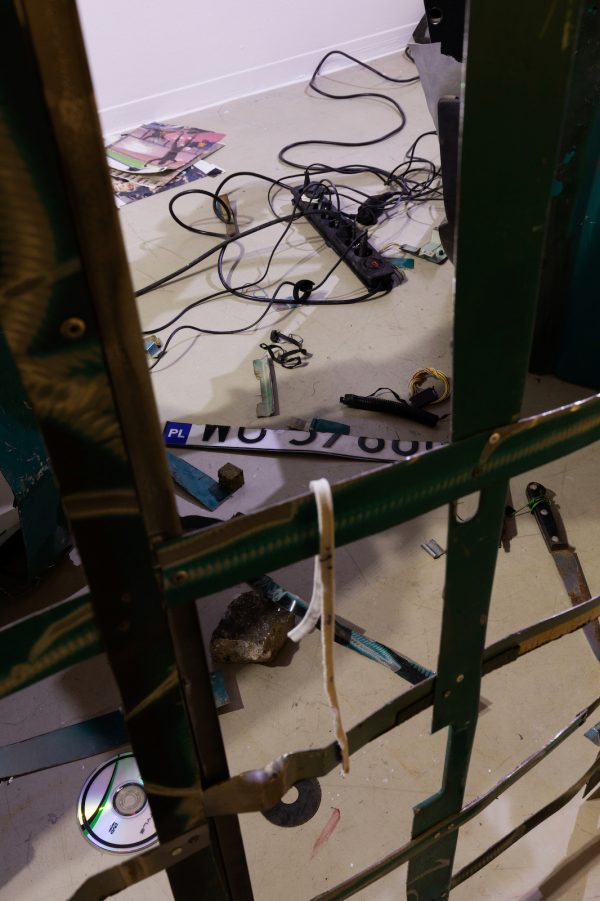 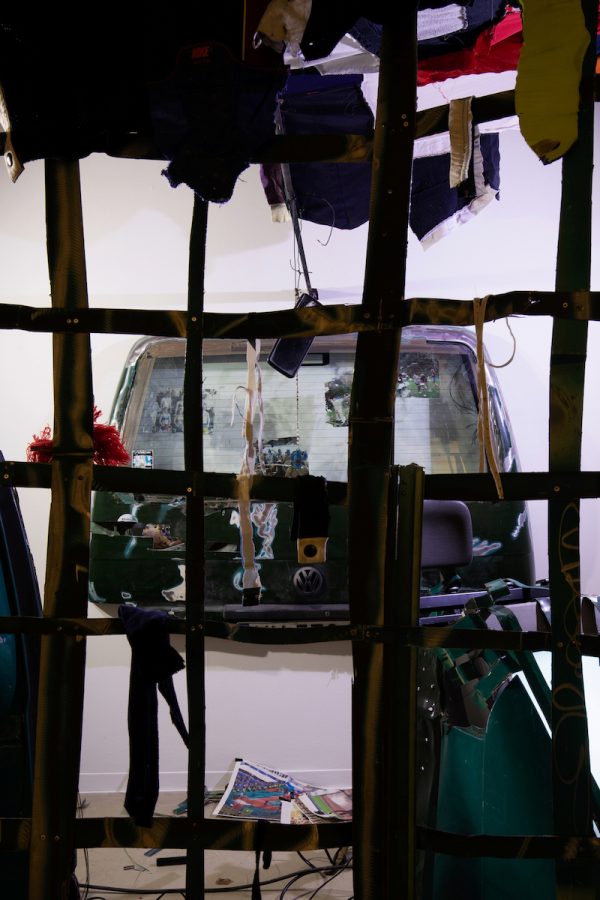 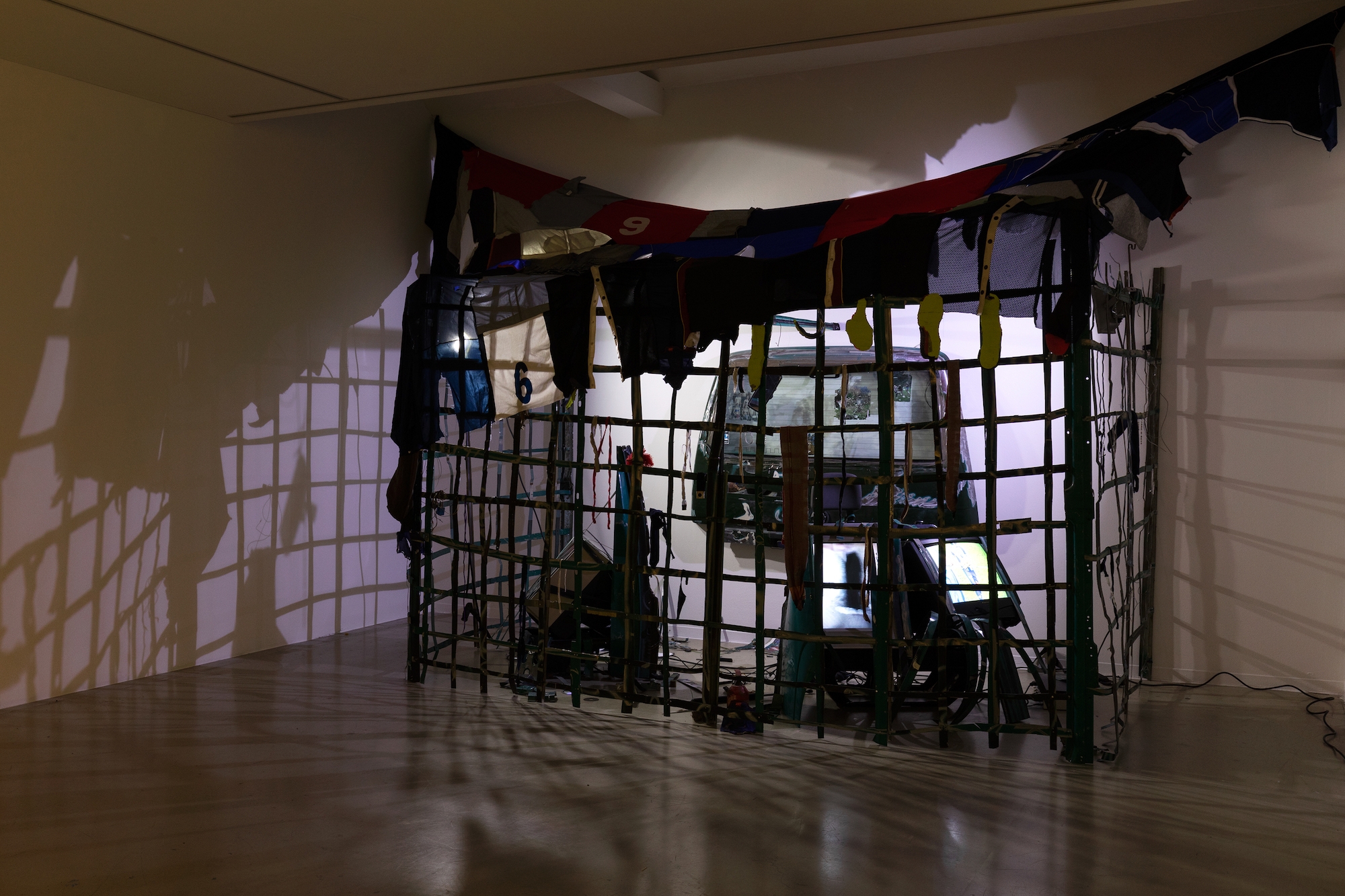 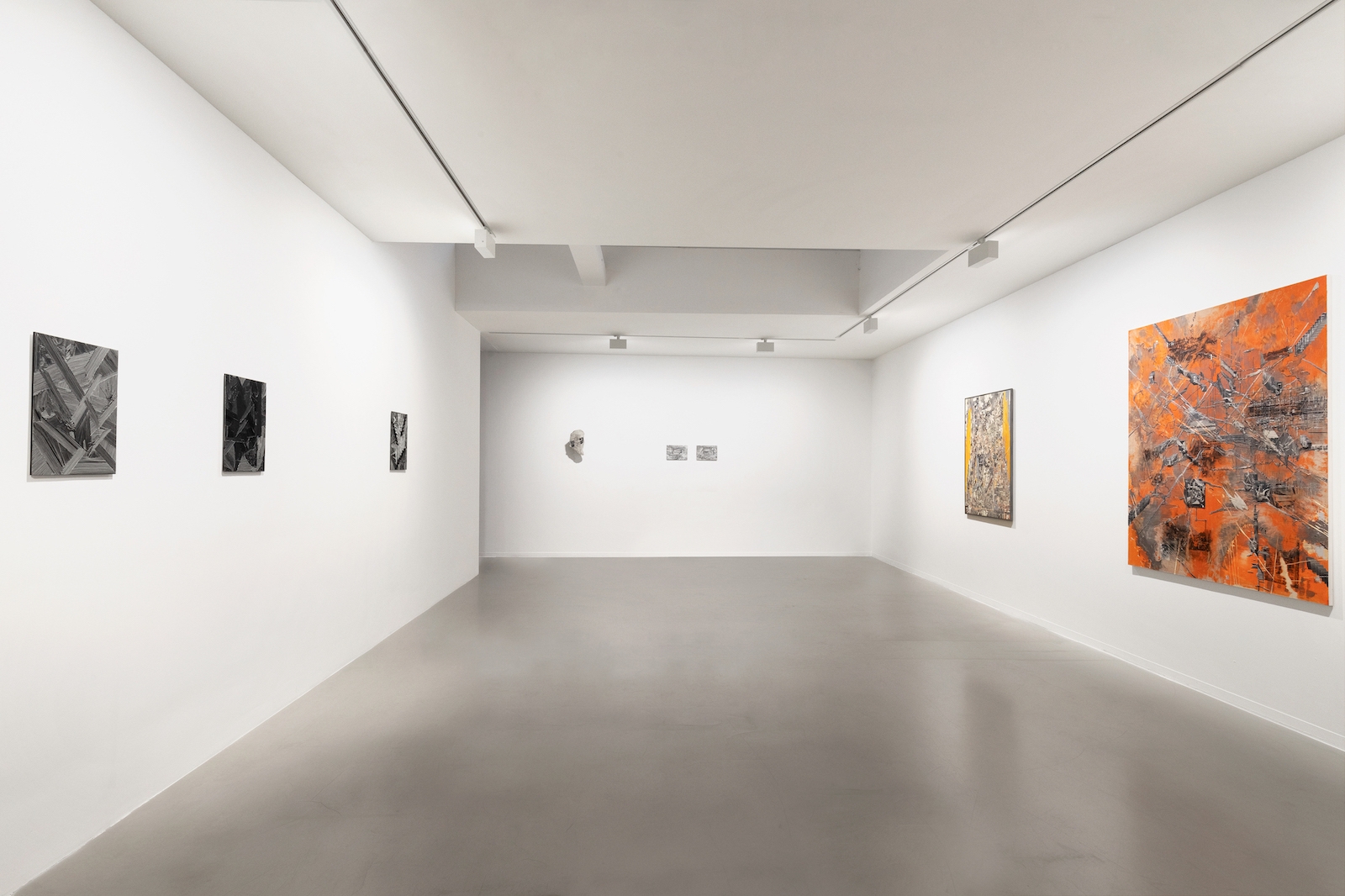 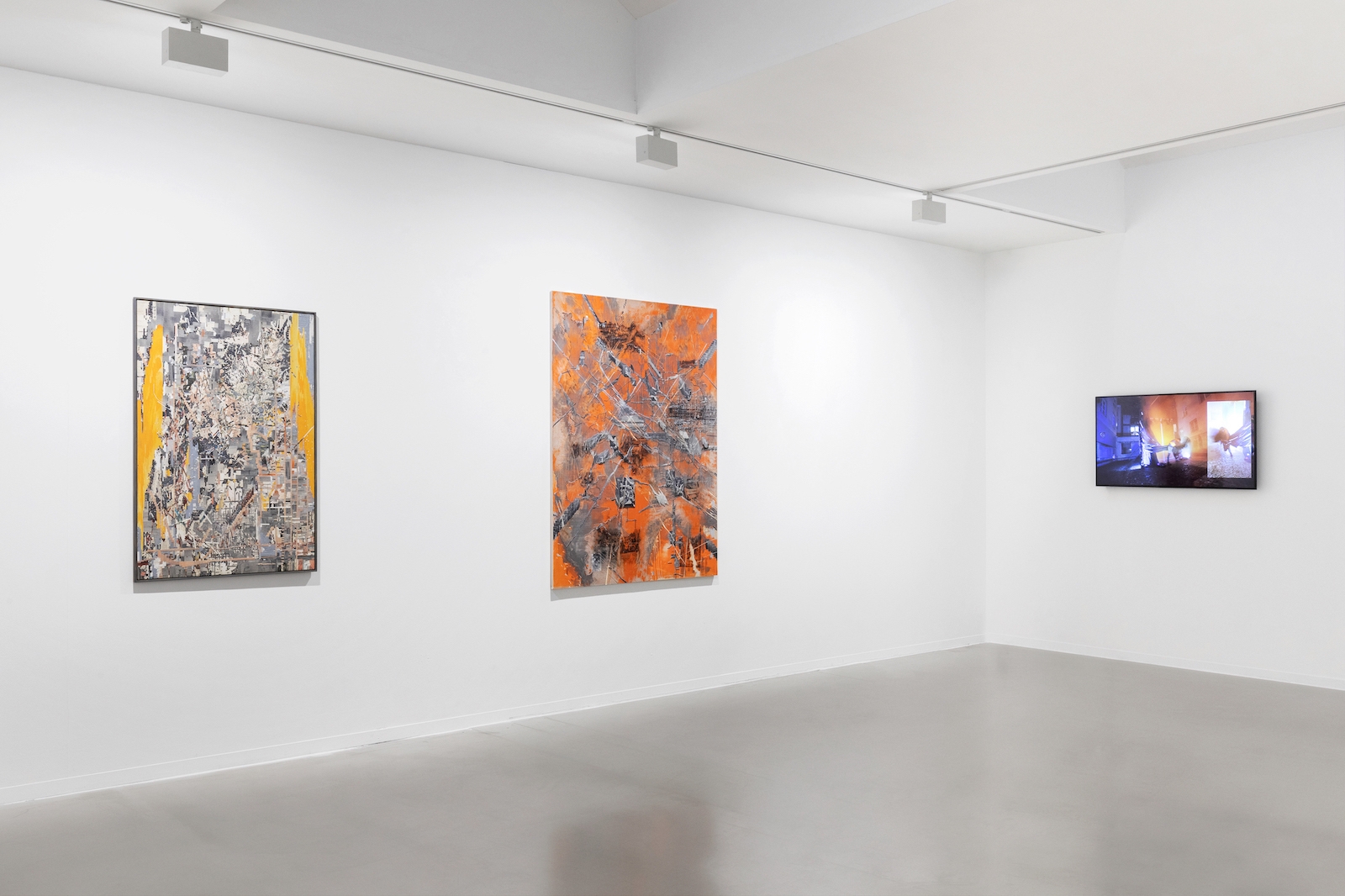 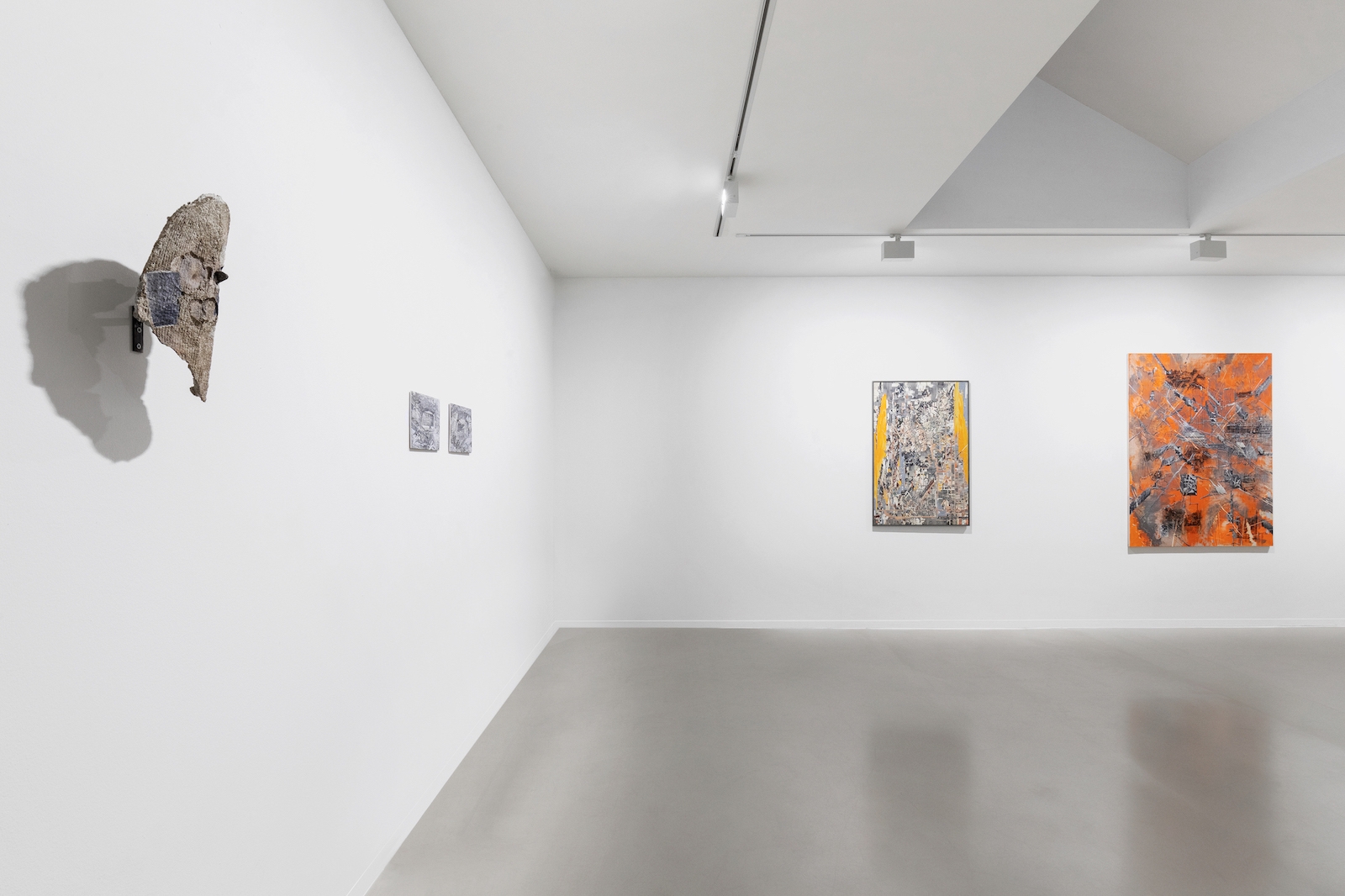 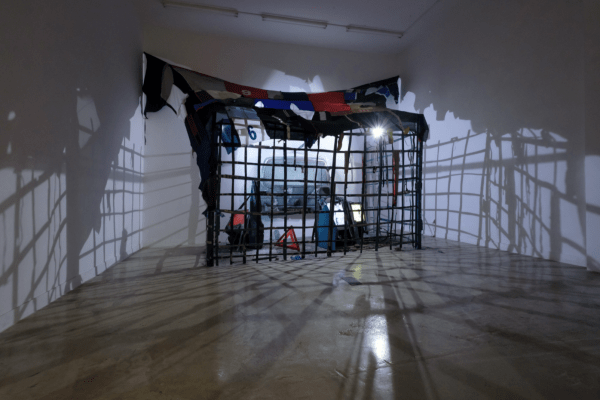 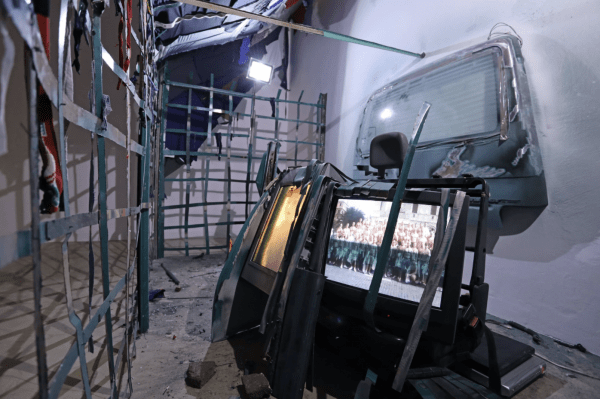 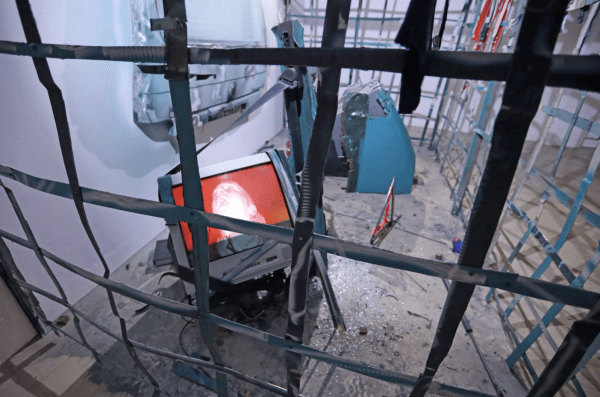 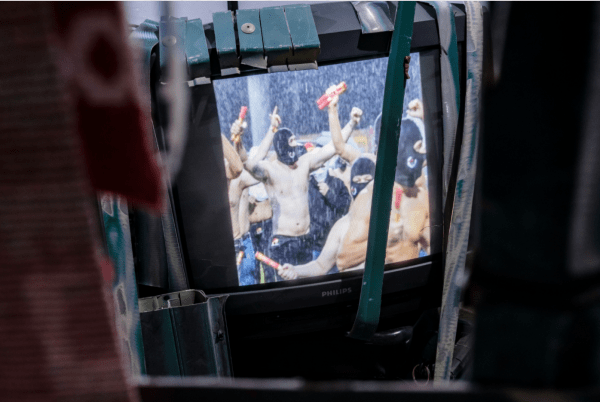 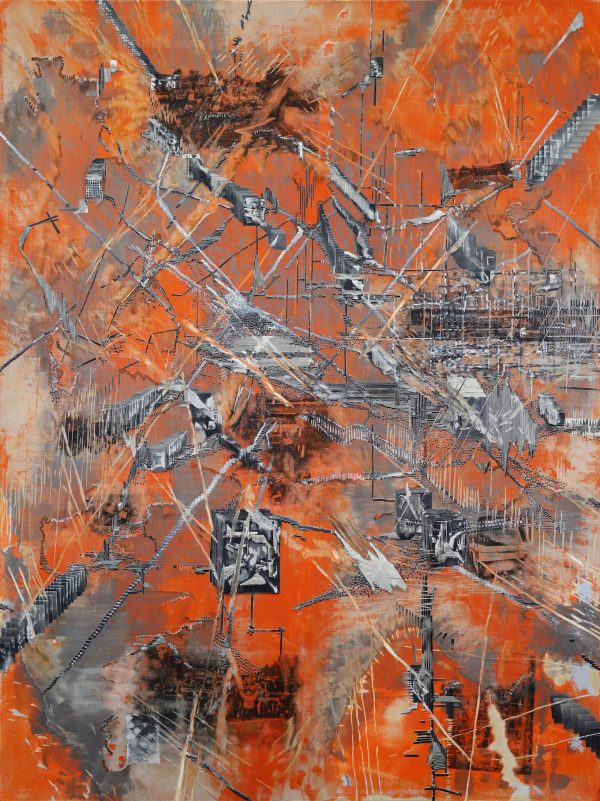 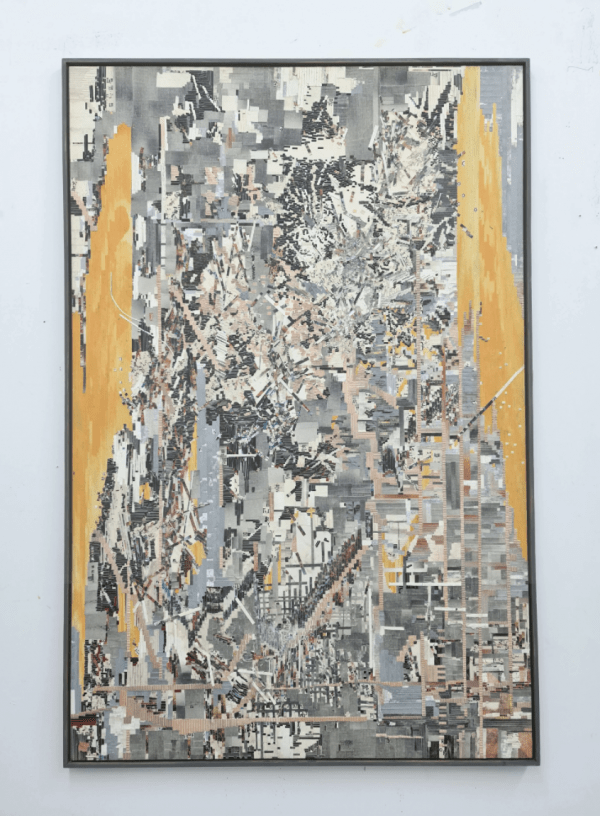 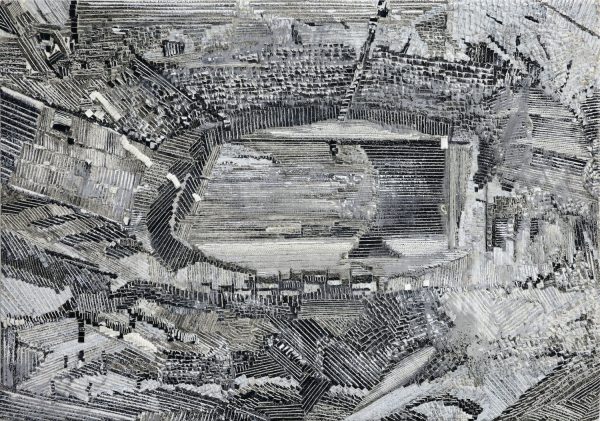 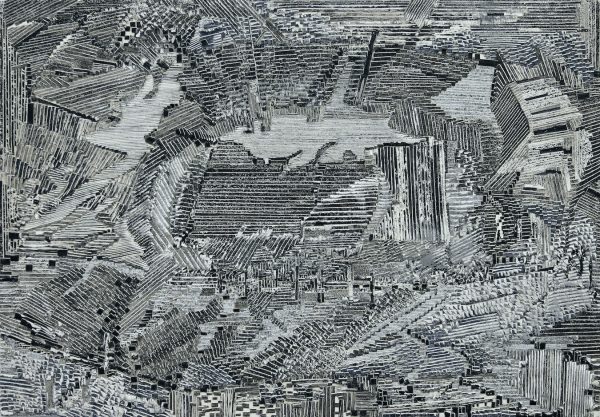 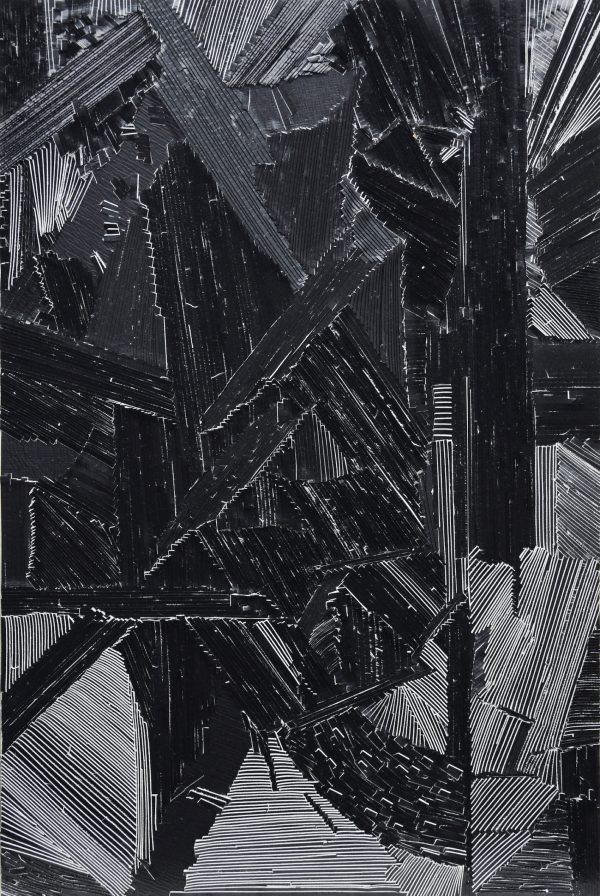 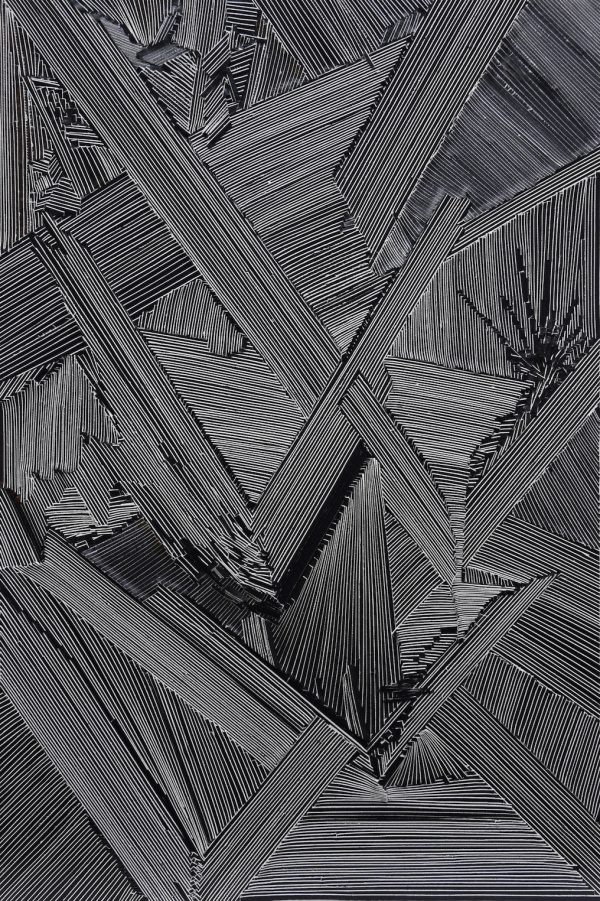 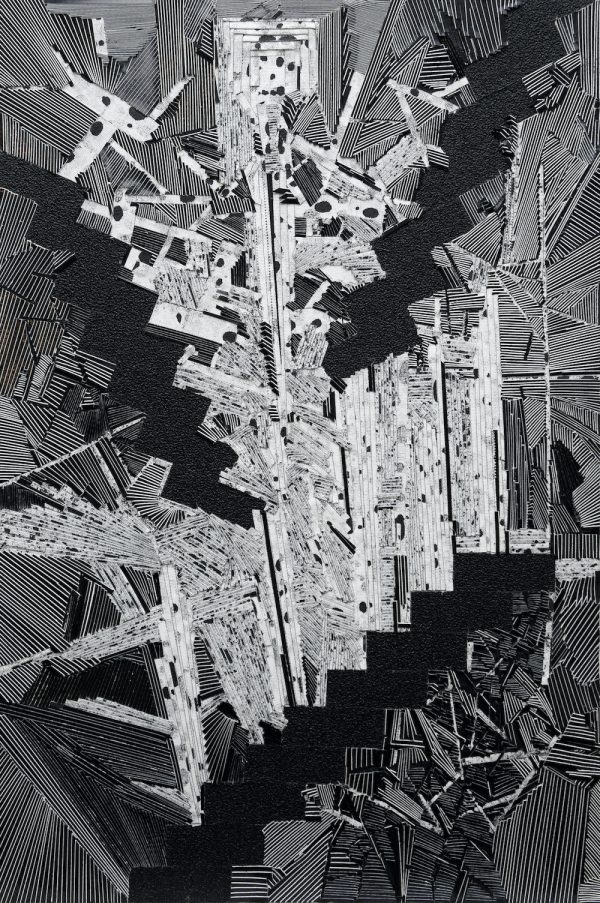 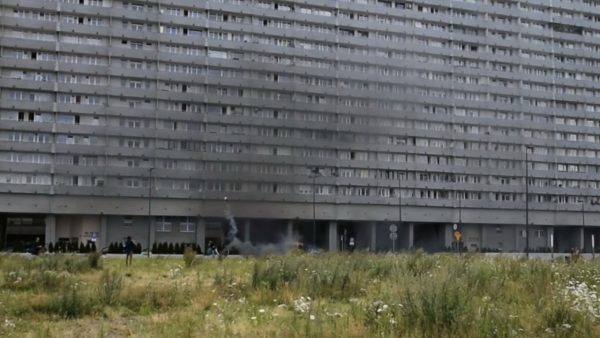 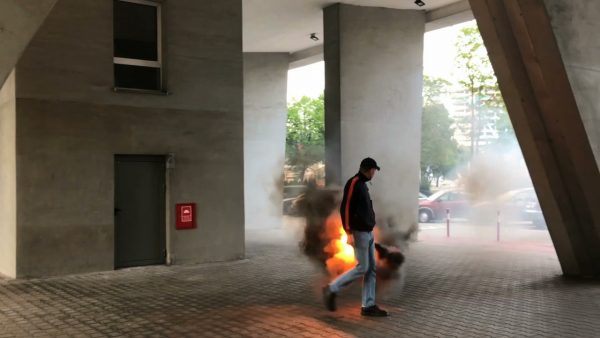 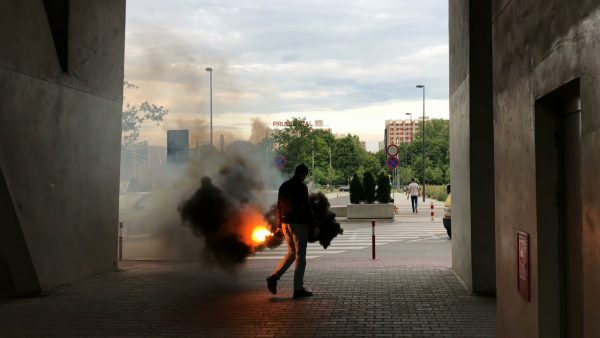 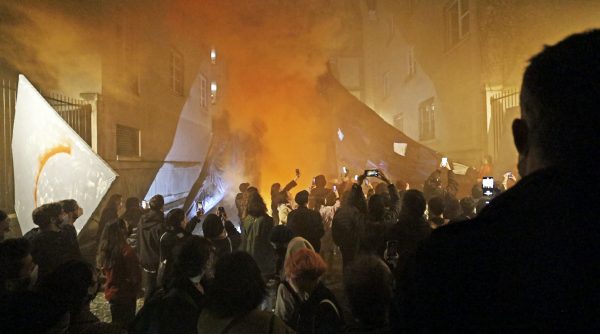 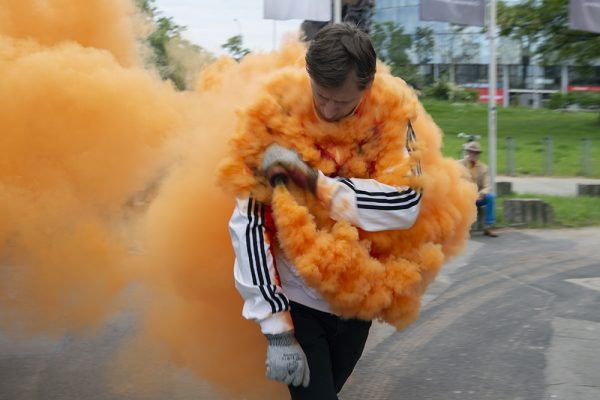 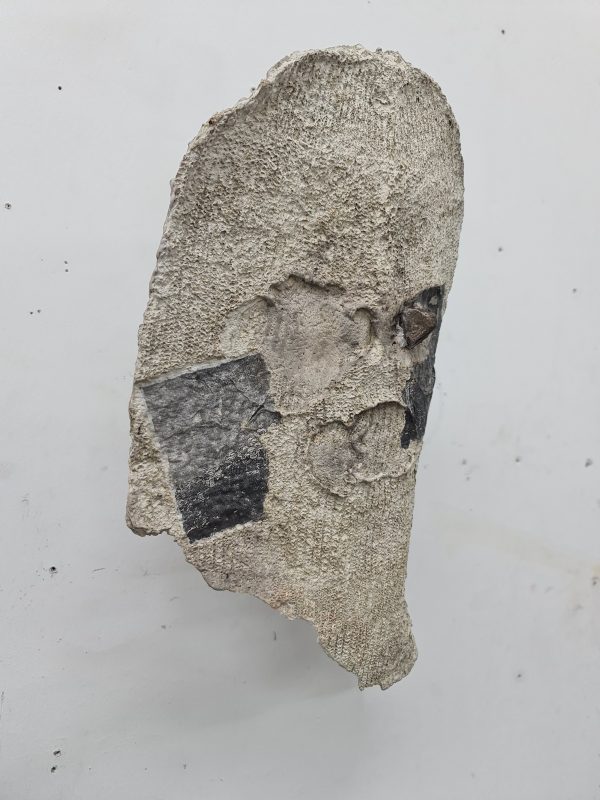 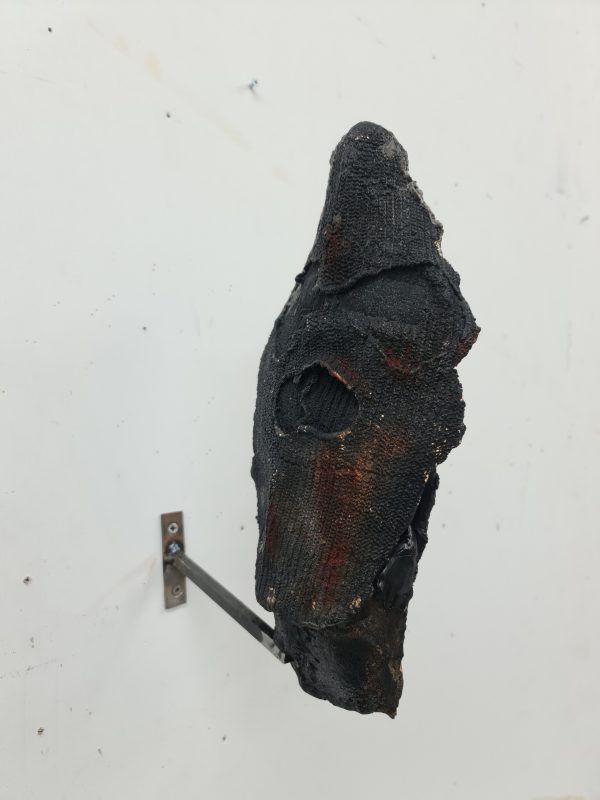 Born in 1979, in Poland
Lives and works in Brussels

Dudek is an artist whose objects, installations, collages, and performances touch upon questions regarding the role of control in society, the hierarchy of power, and mechanisms that govern the release of violence and aggression. His use of abstraction to deal with these questions further highlights the effort, anxiety and compulsion that characterize his process of image production.