„Tell What Can Not Be Told“
Muntean / Rosenblum

„Tell What Can Not Be Told“

Galerie Ron Mandos is delighted to present „Tell What Can Not Be Told“, a RM Online Viewing Room with a new series of drawings by the artist duo Muntean / Rosenblum. Produced during the lockdown of the past two months, these works reflect on the isolated position of individuals during the current crisis. The small drawings will be presented alongside new large-scale paintings and a video from 2002, creating a more accurate view of their entire body of work.

Muntean / Rosenblum: “The last few weeks we experienced very ambiguous emotions: anxiety and insecurity mixed with hope, a romantic longing for change. Suddenly everyday life turned almost fictional and our imagery seemed to mirror elements of the new reality. The characters in our works are arranged in groups of isolated individuals – there is no real communication between them. They appear as a fragmented multitude of islands drifting apart on a sea of preformatted information streams…”

“…And now in these times of social distancing everybody is an island. In our performances, films and paintings there is always a sort of ‘freeze effect’ and now the whole world stands still. We collected fragile and intimate moments. Idyllic at first sight but still uncanny, stressing the melancholy of transience. The technique of pastel chalk seems to us a perfect medium to convey the fragility of our existence and how quick the familiar turns alien.” 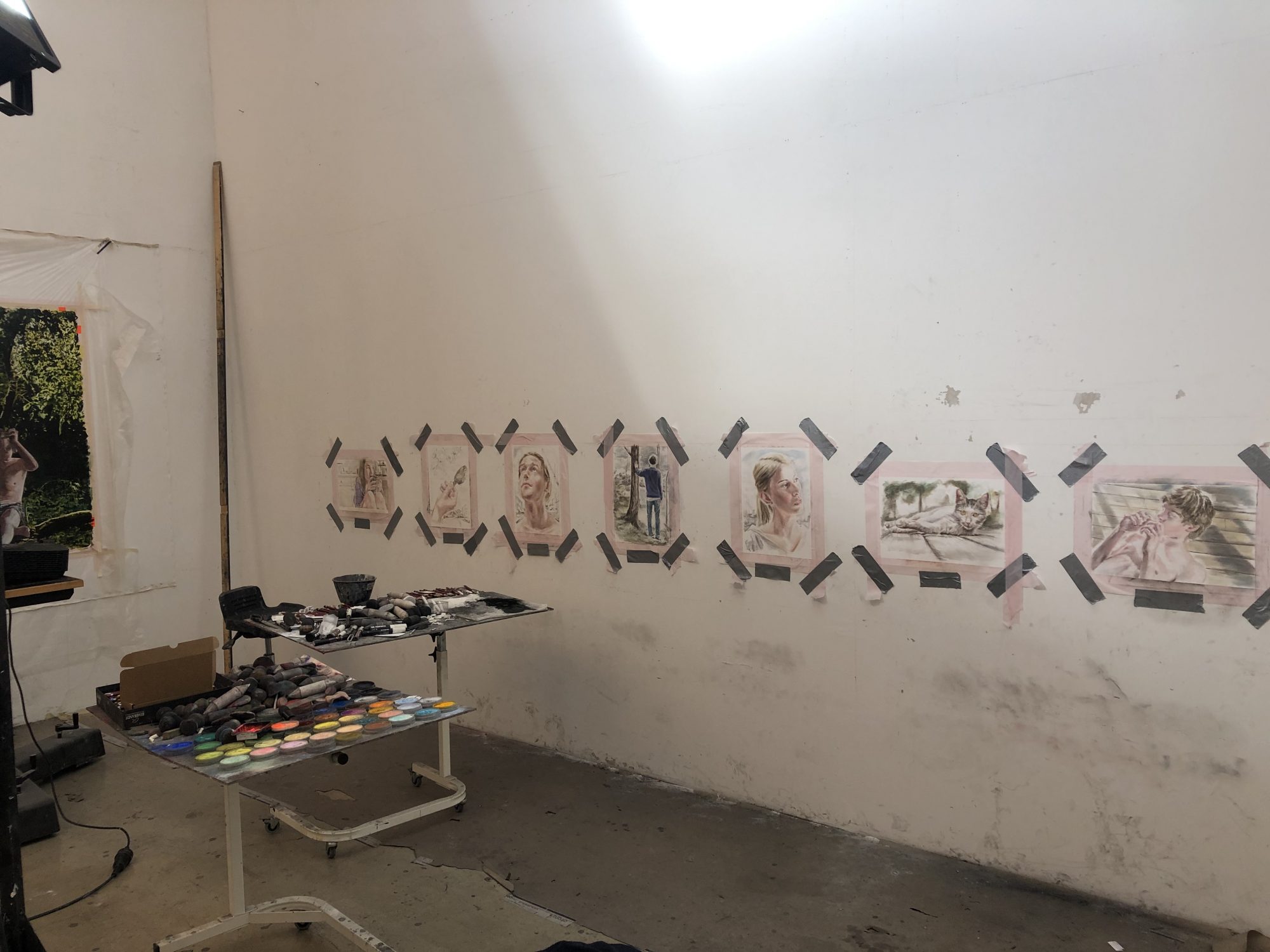 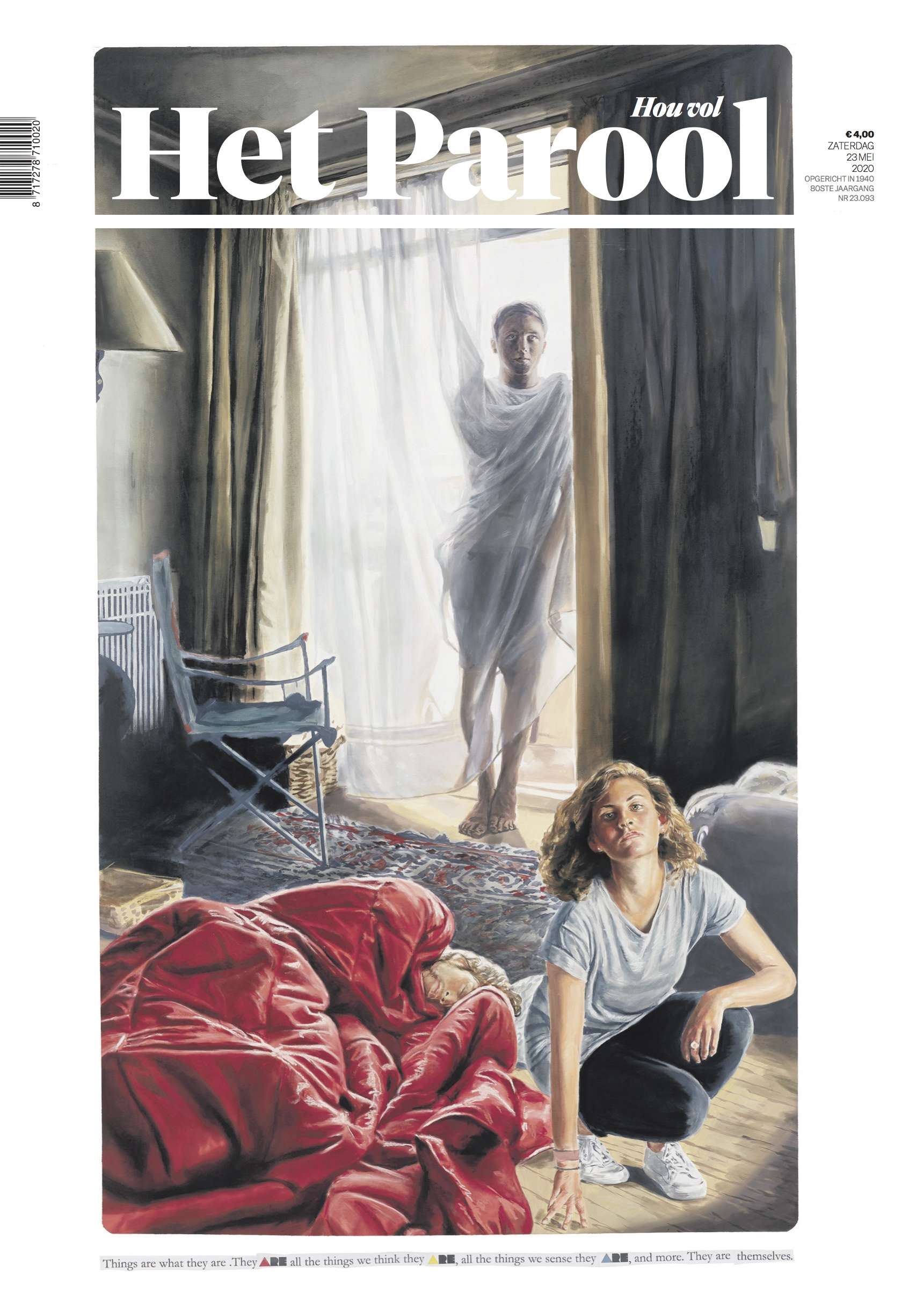 Markus Muntean was born in 1962 in Graz, Austria. Adi Rosenblum was born in 1962 in Haifa, Israel. They met in Vienna in 1992 and have since then lived and worked together in Vienna as an artist duo titled Muntean / Rosenblum. Their work has been exhibited widely in international museums, institutions and galleries. Recent solo exhibitions were at Espacio Marte, Mexico City (2020); MAC, Coruña (2018); MOCAK, Krakow (2018); Group exhibitions they recently participated in were, among others, at Tel Aviv Museum of Art (2019); Kunsthaus Graz (2018); Nam June Paik Art Centre, Gyeonggi-do (2018); The Parkview Museum, Singapore (2017); and Oude Kerk, Amsterdam (2016). Their work is included in both private and public collections, such as MoMA, NYC; the Albertina, Vienna; the KRC Collection; and the Rubell Family Collection.

“We are together day and night. We share work and life. I think I could say by now that, at least on a professional level, but maybe on a personal one too, we have become one.”

Muntean / Rosenblum collect images of young, good looking, trendy and cool teenagers from the net, from selfies and telephone photographs. They deliberately use and abuse their subjects’ beauty and the portrayal of this age group in order to heighten the insecurity, fragility, and disorientation in the construction of an identity, not just in the spectral models, but among those who view them. These models or subjects emphasize the critique of the construction of an identity and also of a not particularly encouraging look at the future. These drawings accord great importance to the term memento mori through the allusions to the transient nature of life.

The backgrounds – urban environments, natural landscapes and the interiors of people’s homes are harvested from a variety of photographic sources and join the fictitious scenes that seem to have been taken from the collective Facebook page of youngsters of the Western World. The texts at the bottom of the works are also borrowed from various literary sources. Removed from their context and attached to doleful-eyed teenagers, they read like clichés that are also truths; words depleted of meaning yet simultaneously laden with the most profound contents: about the state of humanity, the meaning of life and the universe. Deep or shallow?

“Many people argued that we intended to represent a certain generation, but it isn’t so. As a matter of fact, we started in the 1990s and we still paint the same themes. We have never really been interested in the generational debate. Media tend to get rid of what is old and, on the contrary, prefer to picture youth and its beauty. This is indeed what we have tried, and we do try, to portray. We are interested in the archetypes through which society represents itself, rather than in a single individual or social group.” 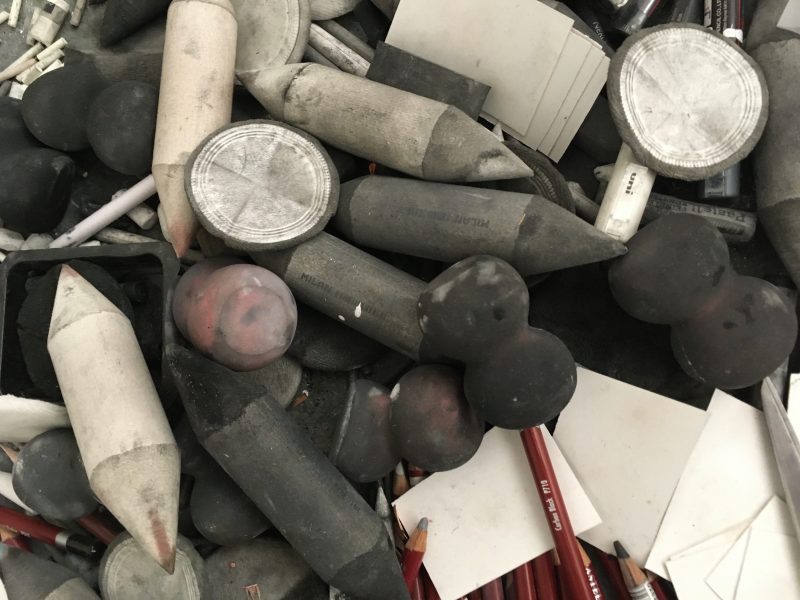 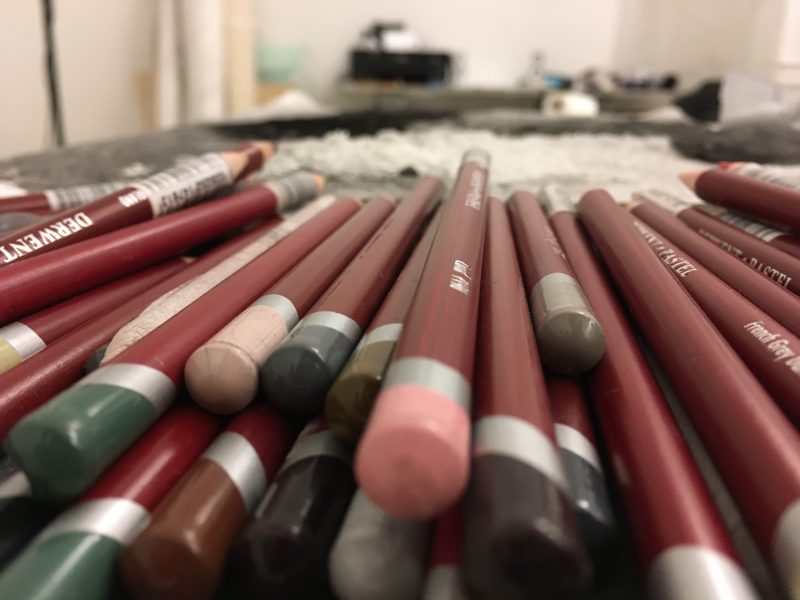 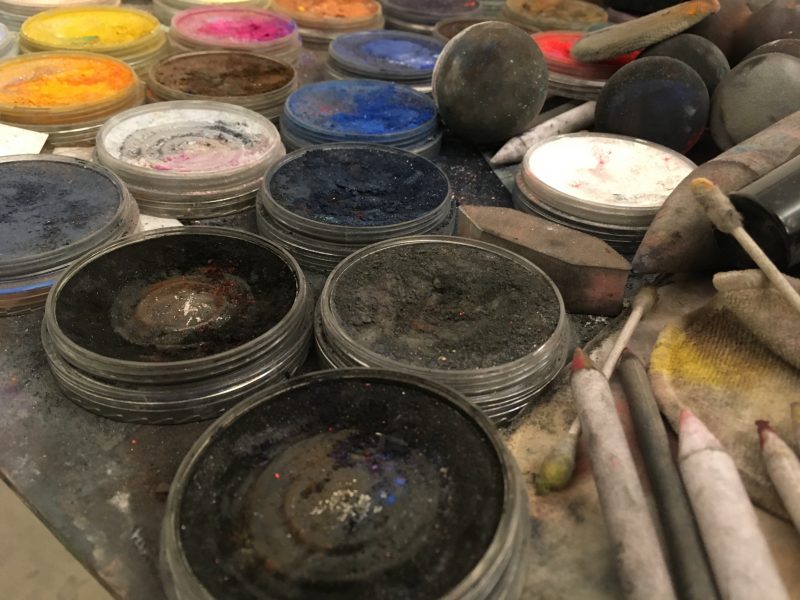 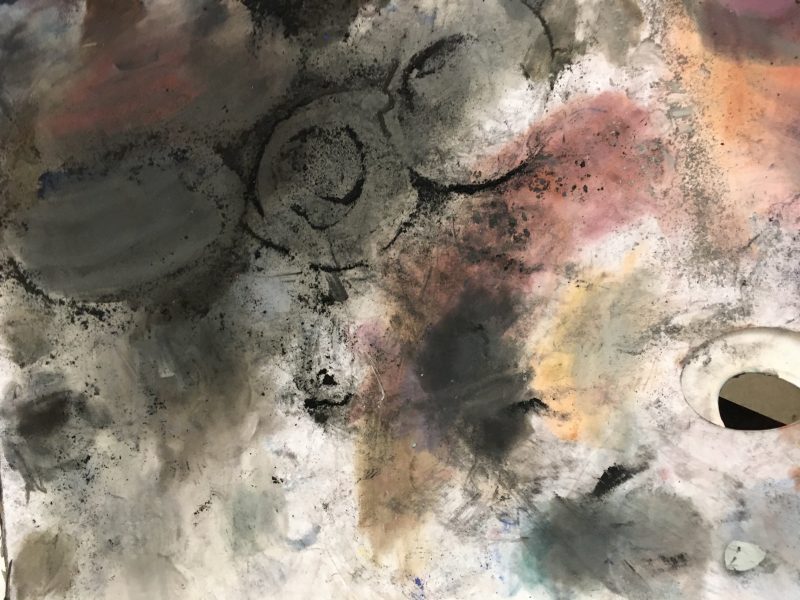 In their artistic practice, Muntean / Rosenblum sample and appropriate images from different media platforms. This additional palette allows them to mix images like colors. It is a sampling process that sets up a dialogue between real life and fiction in which high and low art references unfold simultaneously. 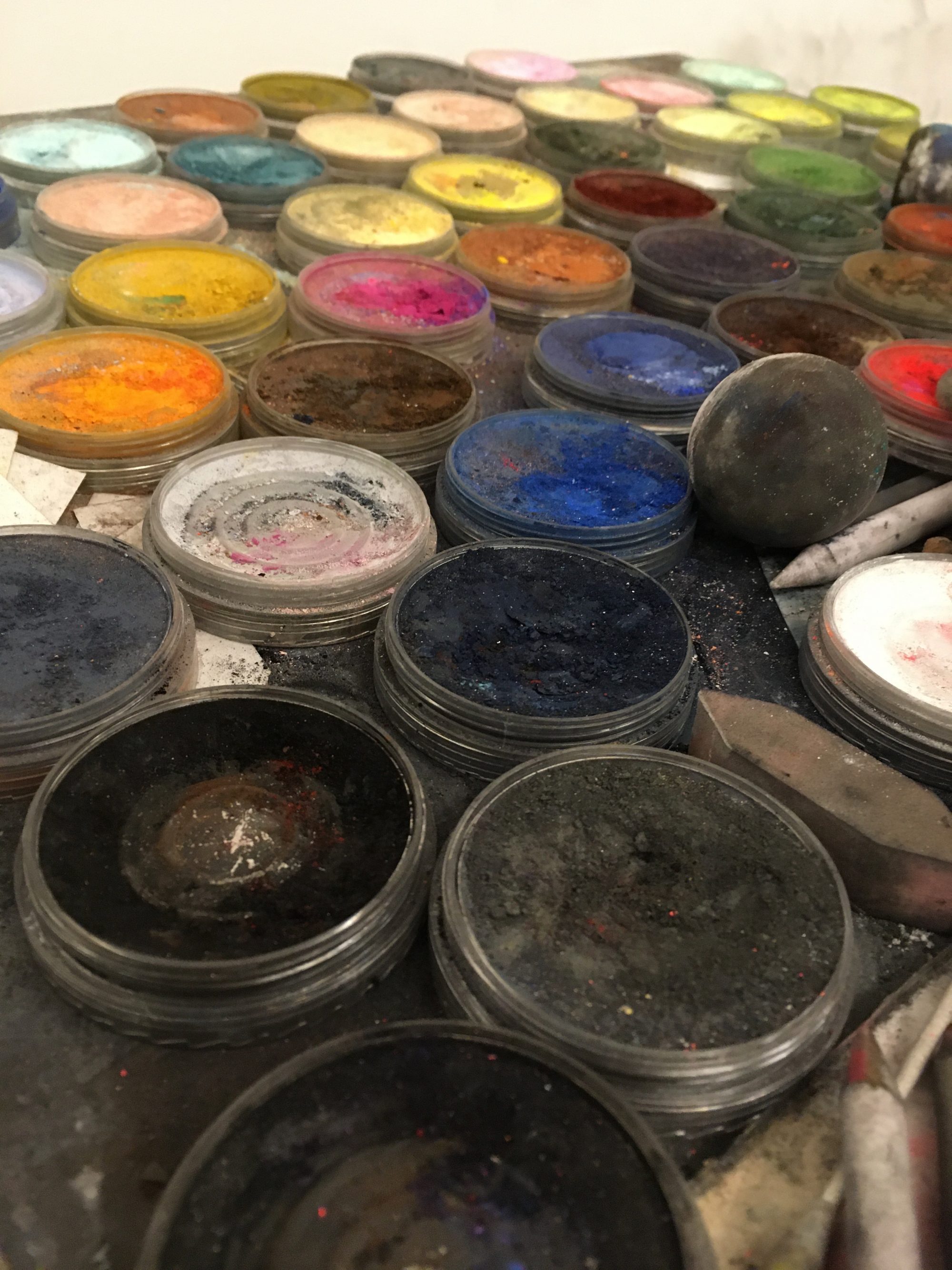 Whoever is familiar with the pictorial work of Muntean / Rosenblum as well as with the most popular social networking platform of today (at least for the art world) may have noticed a unique similarity. Two decades before Instagram summed up Facebook and Twitter thereby achieving the best combination of image and text, they had already started working on this very same relationship, with a format which was very similar to the one Instagram is known for.

“In the past many people noticed how the characters of our paintings rarely communicate with each other, not even when they are grouped together. That same form of individualism we attempted to convey can be currently found in the billion of selfies that are posted everyday on the social media.” 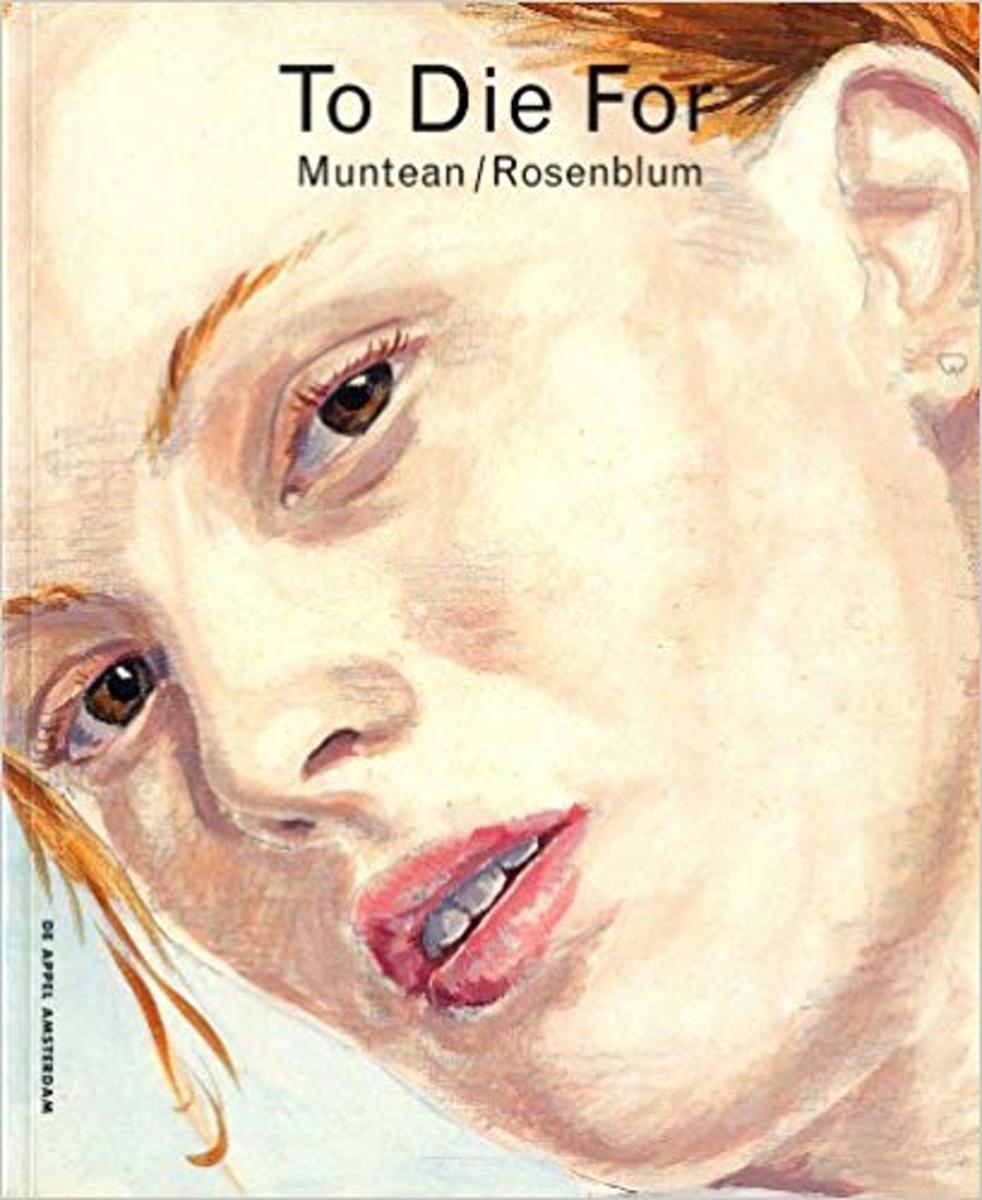 Muntean / Rosenblum selected one of their early films To Die For from their 2002 solo exhibition in De Appel in Amsterdam. It features a tableau vivant of young people in a vacant parking lot, filmed in one take. Seeing this film again after so many years, the artist duo was surprised how this intentionally artificial scene seemed suddenly so natural. While the camera moves, the isolated figures do not. There is a sense of stillness to the scene, while it also epitomizes the vast distances between one figure and another.

Muntean / Rosenblum accompany their video with Baroque church music (Alessandro Scarlatti’s Infirmata Vulnerate) that imbues the staged scenes with a sublime atmosphere. Like in their drawings, the body poses seem to have been taken from a religious painting. Their gestures take on the role of church music: hands thrown upwards, gaze turned to heaven, lying spine in total surrender, like a Bernini sculpture.

Muntean / Rosenblum: “We are fascinated by, and investigate, how far you can go with the construction of the gesture of the figure. Because, we think the more artificial it gets, the more moving it is, even though, in the normal sense it is the natural that is the thing that moves you.”