Transcending the Tangible is the first in a series of online exhibitions presented in conjunction with the exhibition Changez! Art Brussels in Amsterdam. Galerie Ron Mandos decided to bring its Art Brussels fair presentation to the gallery, as the 38th edition of the renowned Belgian contemporary art fair was postponed to next year. By bringing Art Brussels to Amsterdam, the gallery provides encouragement to Art Brussels and promotes seven artists who were otherwise unable to show their work.

Included in the presentation in Amsterdam are new paintings by Levi van Veluw. For the first time he has dedicated a substantial part of his work to painting, which will be a revelation to those who have followed his career and artistic trajectory to date. For an artist who has garnished an enviable reputation through groundbreaking installations, videos, sculptures and drawings, this will enable people to fully appreciate his ability across various mediums. 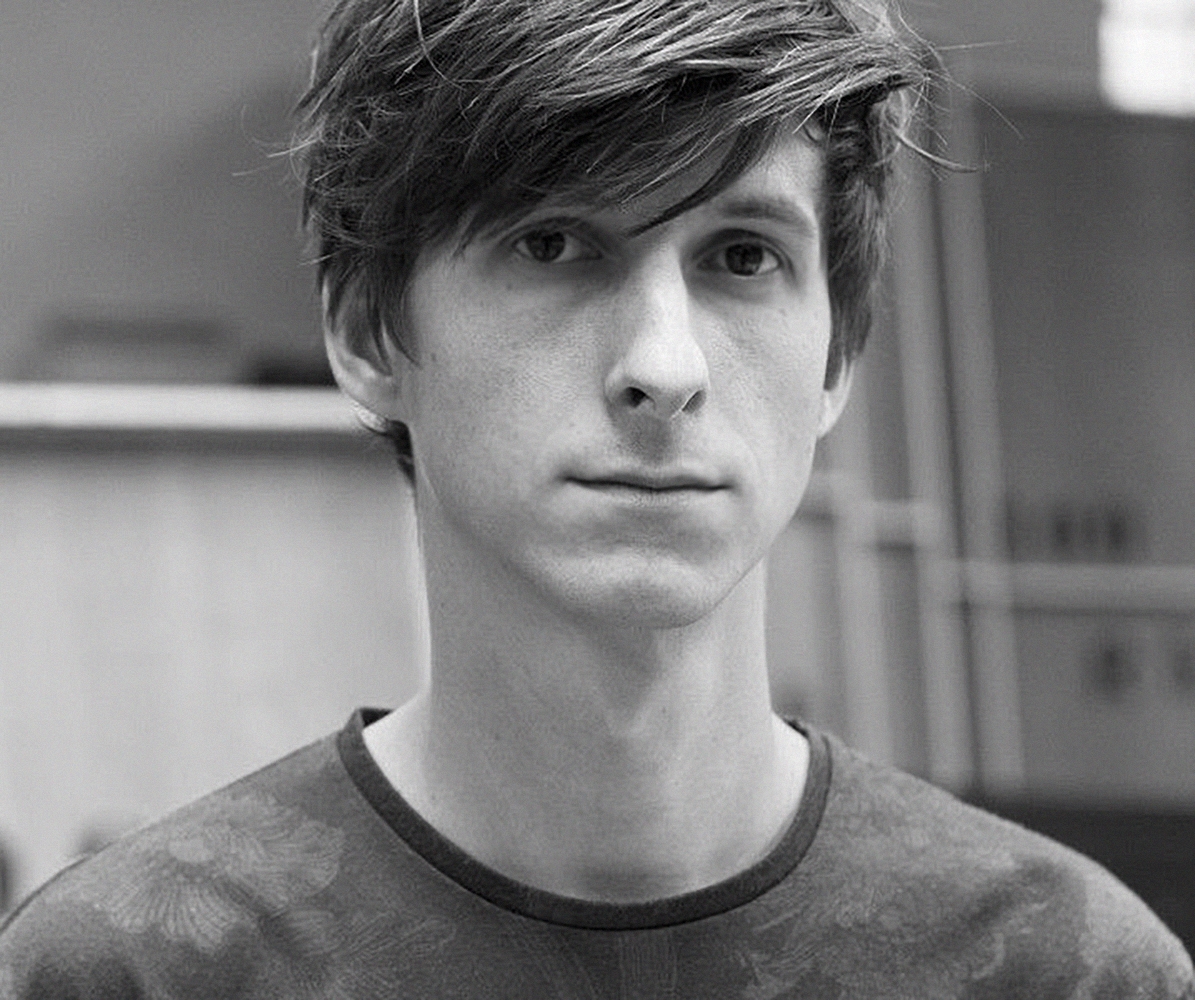 Since graduating in 2007, Levi van Veluw has produced a varied body of work that has been showcased in many different locations across Europe and the United States, earning him a number of nominations and awards. The work of Levi Veluw is included in both public and private collections, such as the Cobra to Contemporary / The Brown Family Collection, the Borusan Collection, Istanbul; Museum Voorlinden, Wassenaar; Museum MORE, Gorssel; the KPMG Art Collection, Amstelveen; the Ekard Collection, Wassenaar, and the Lakeside Collection, Rotterdam.

The new paintings by Levi van Veluw depict the working process in his studio and reference his most recent sculptures, installations, and vice versa. In the painting Covered Circle, we see one of Van Veluw’s altarpieces, a circular sculpture covered by a cloth, protecting the fragile work from dust. On the worktable there are screw clamps, wood glue and other utensils for creating the celebrated sculptures from the Beyond Matter series. 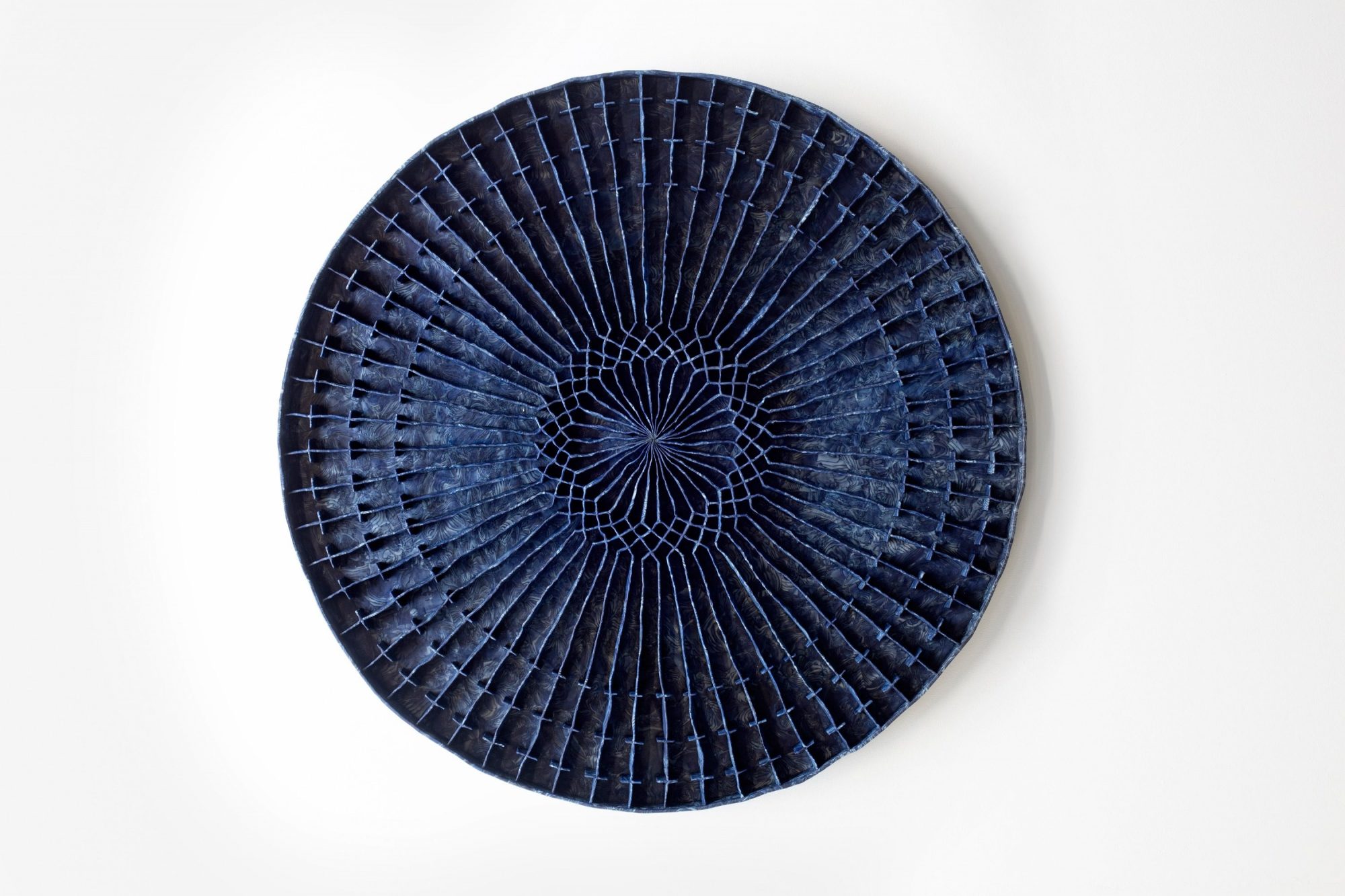 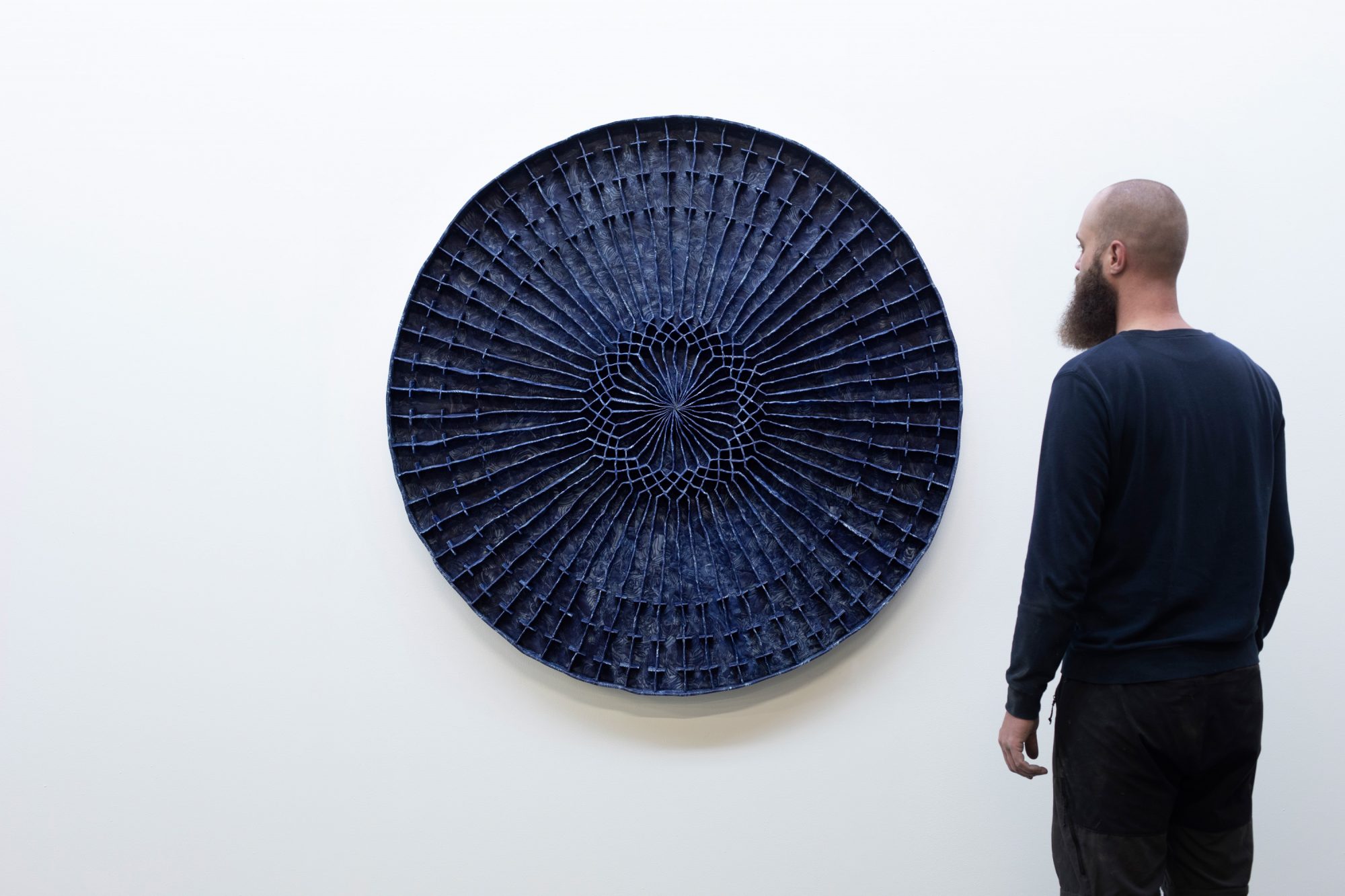 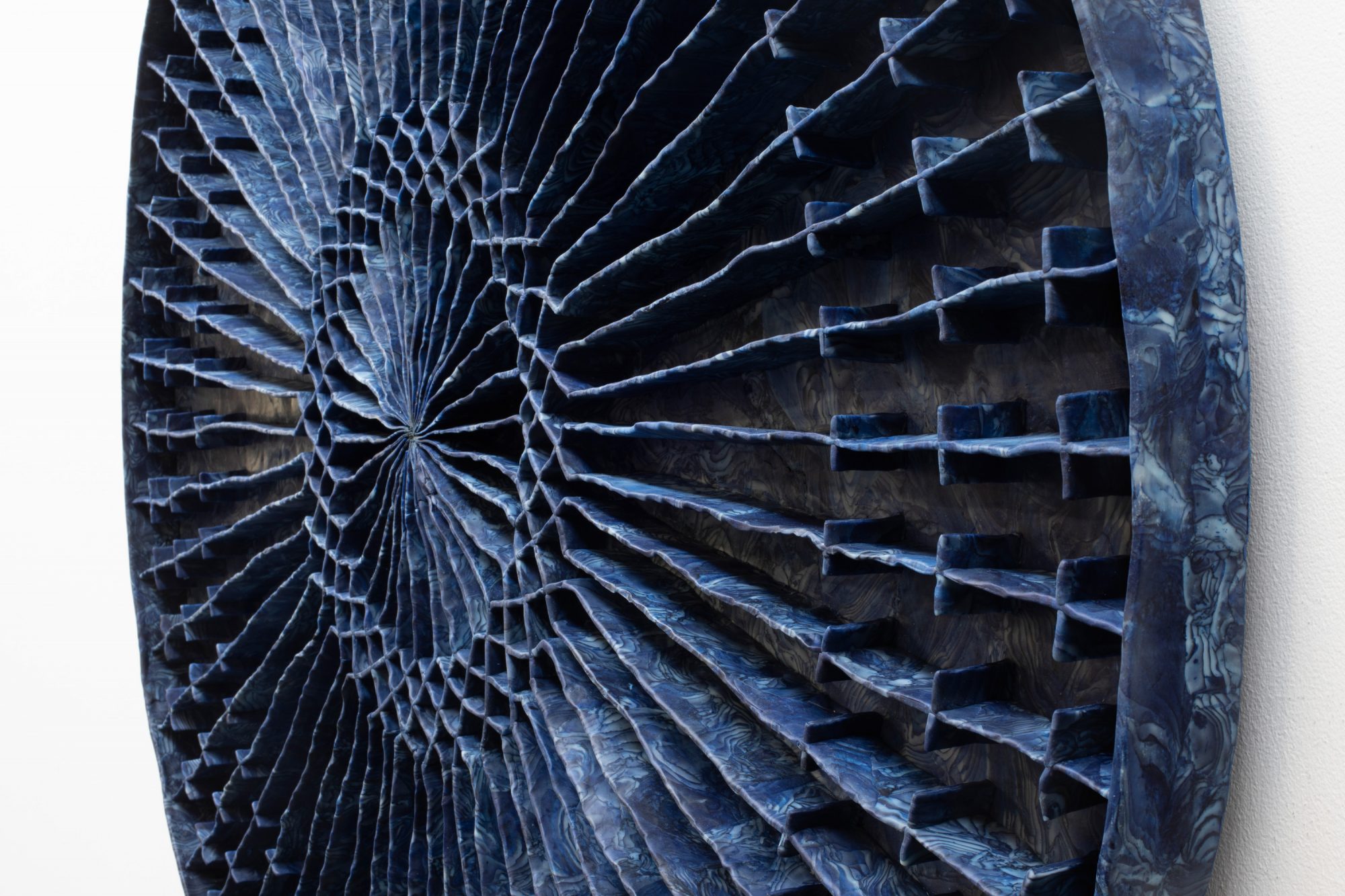 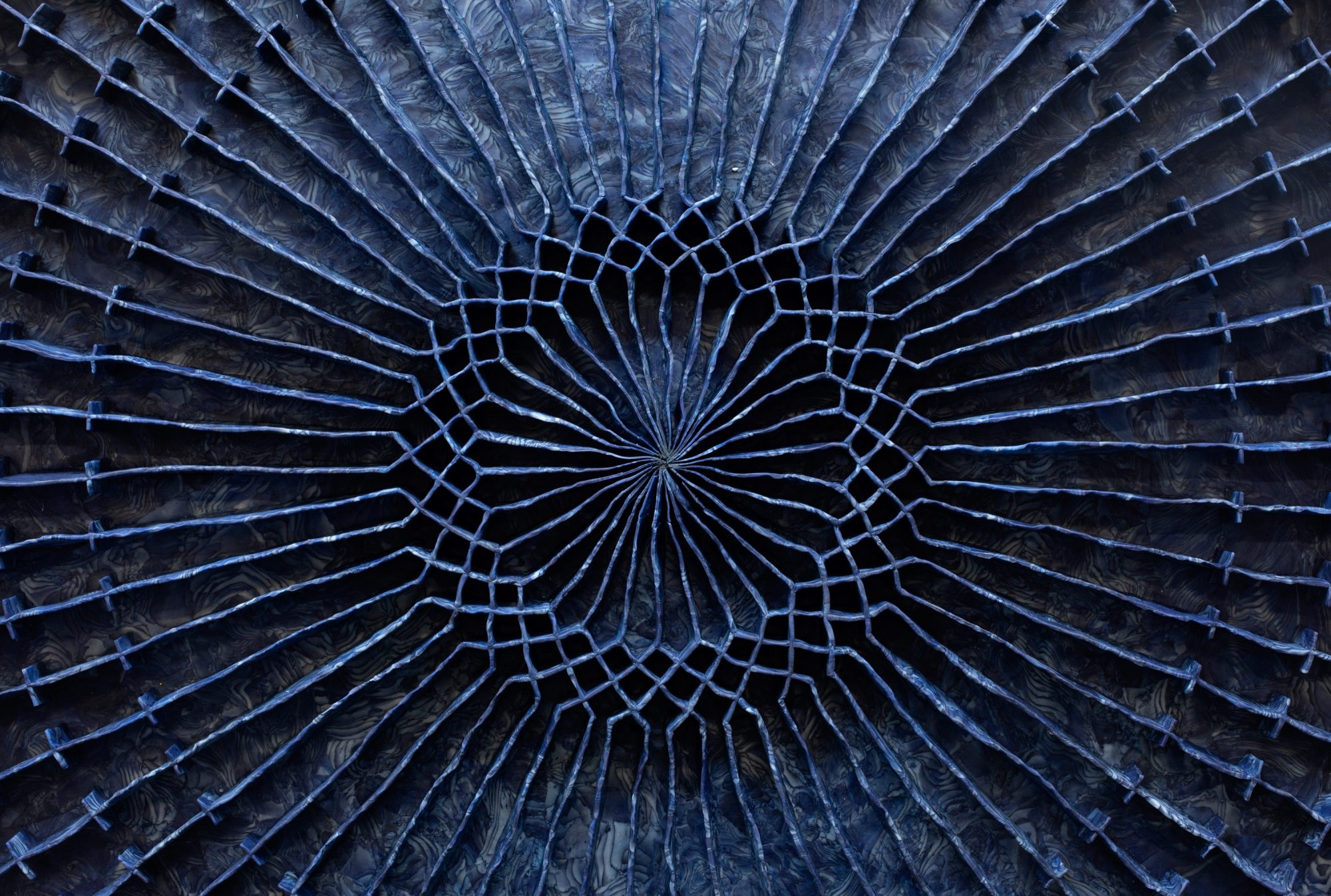 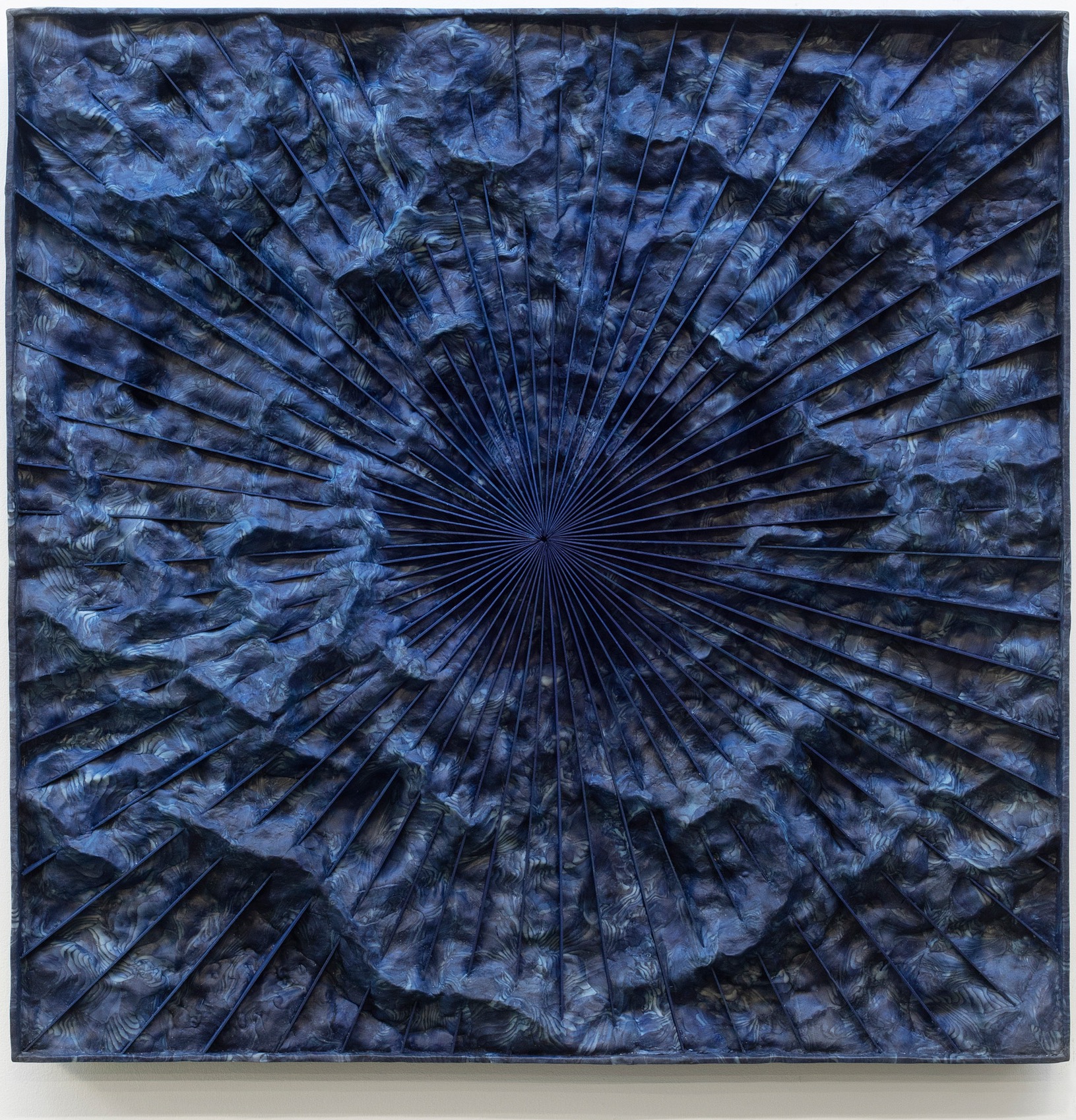 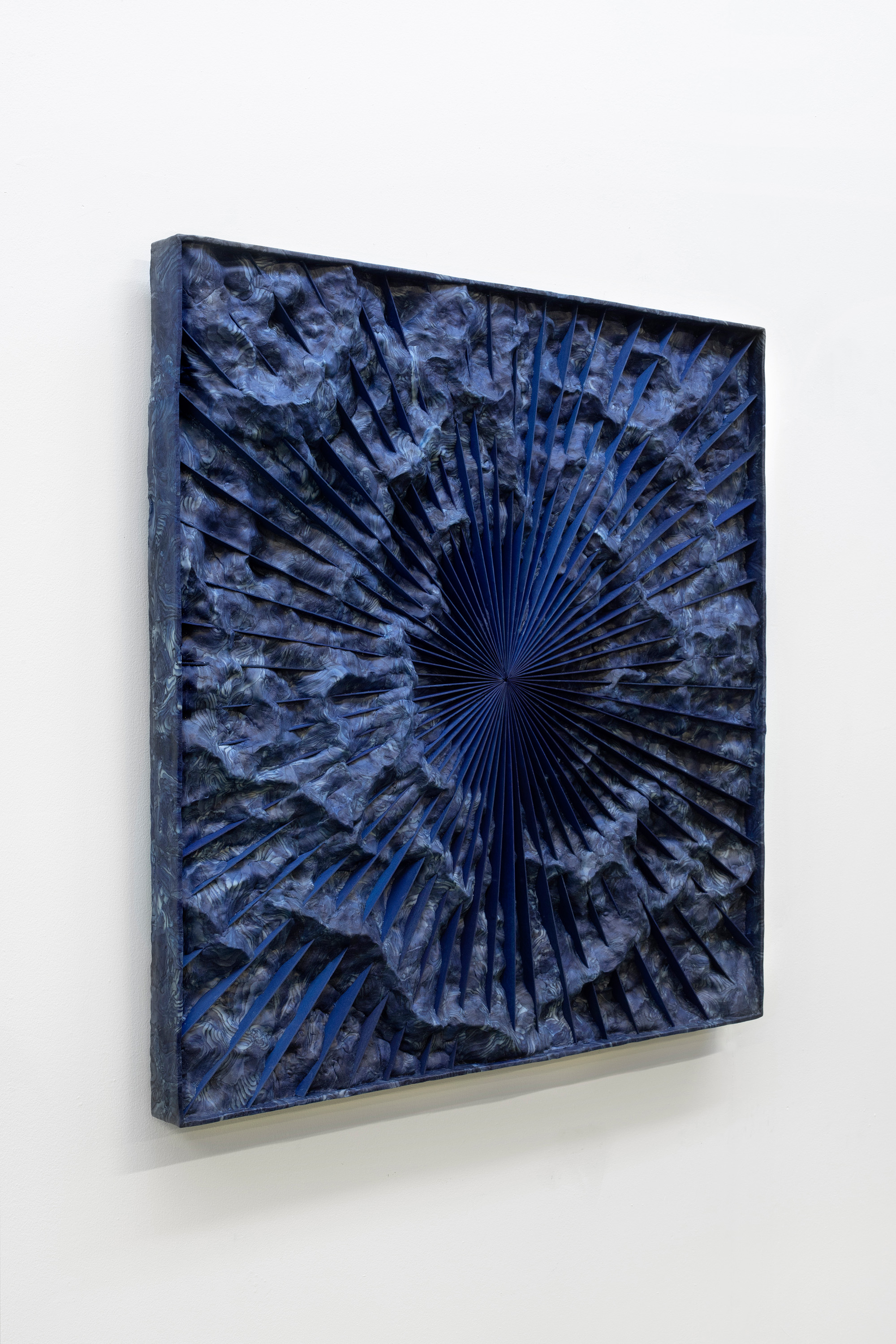 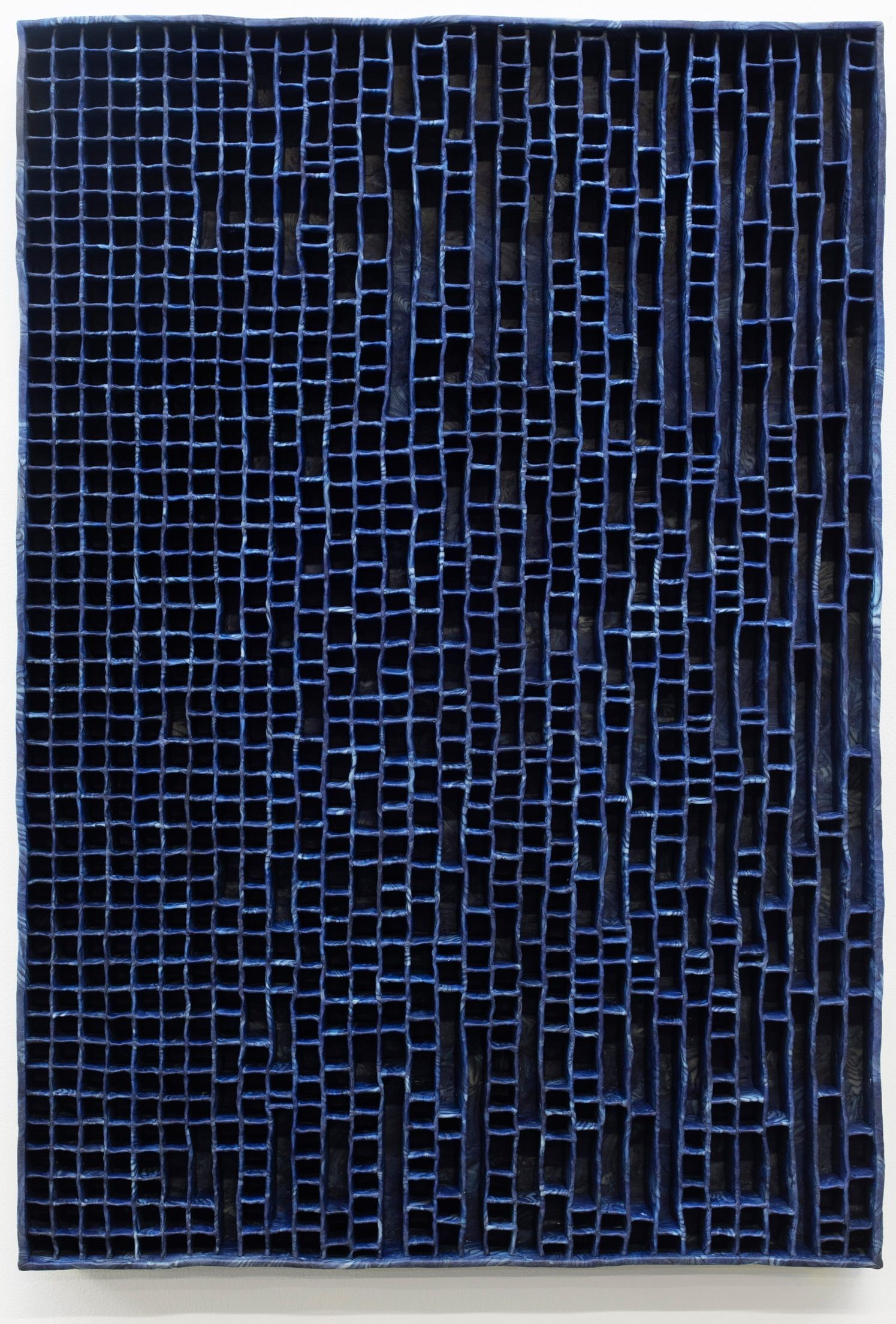 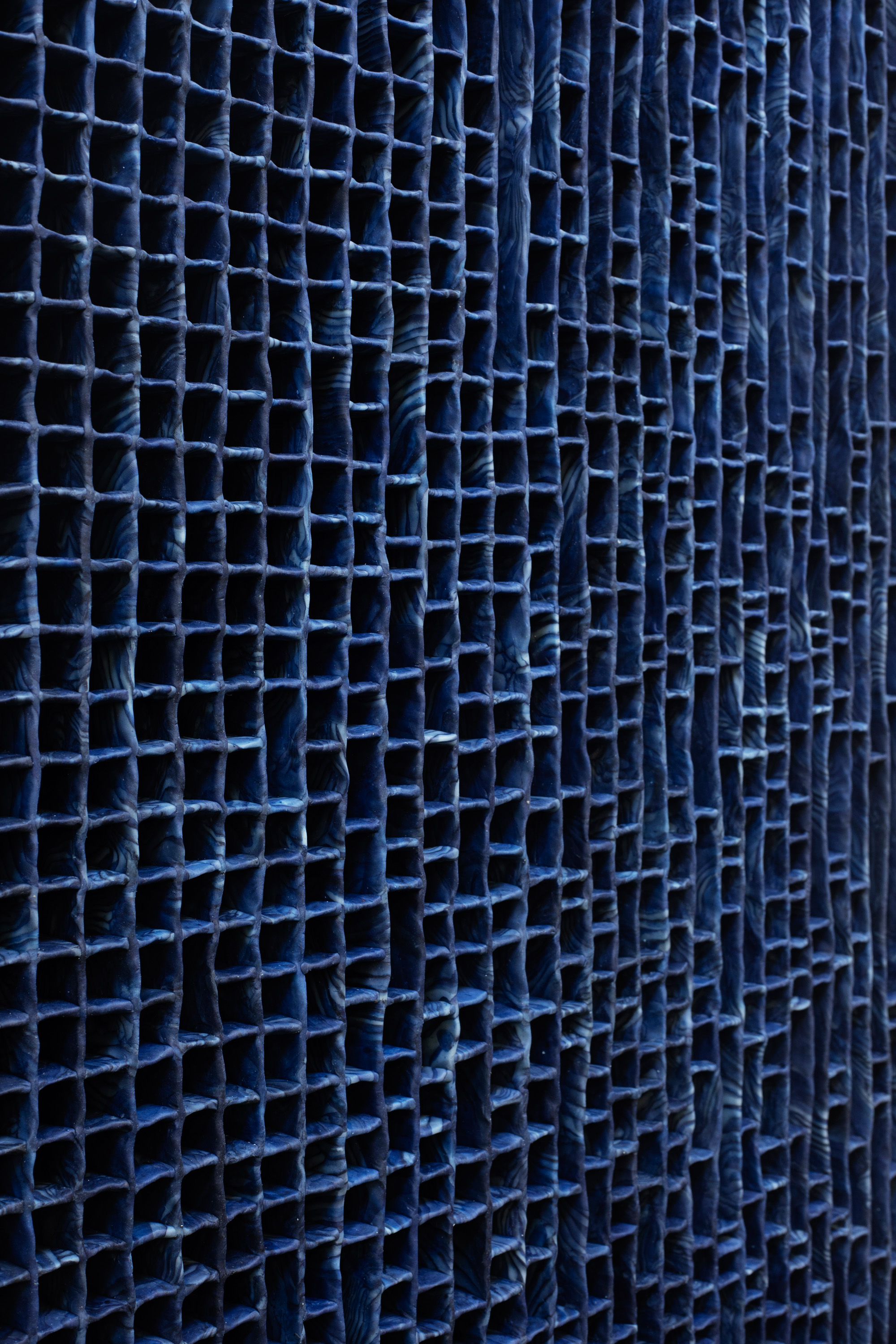 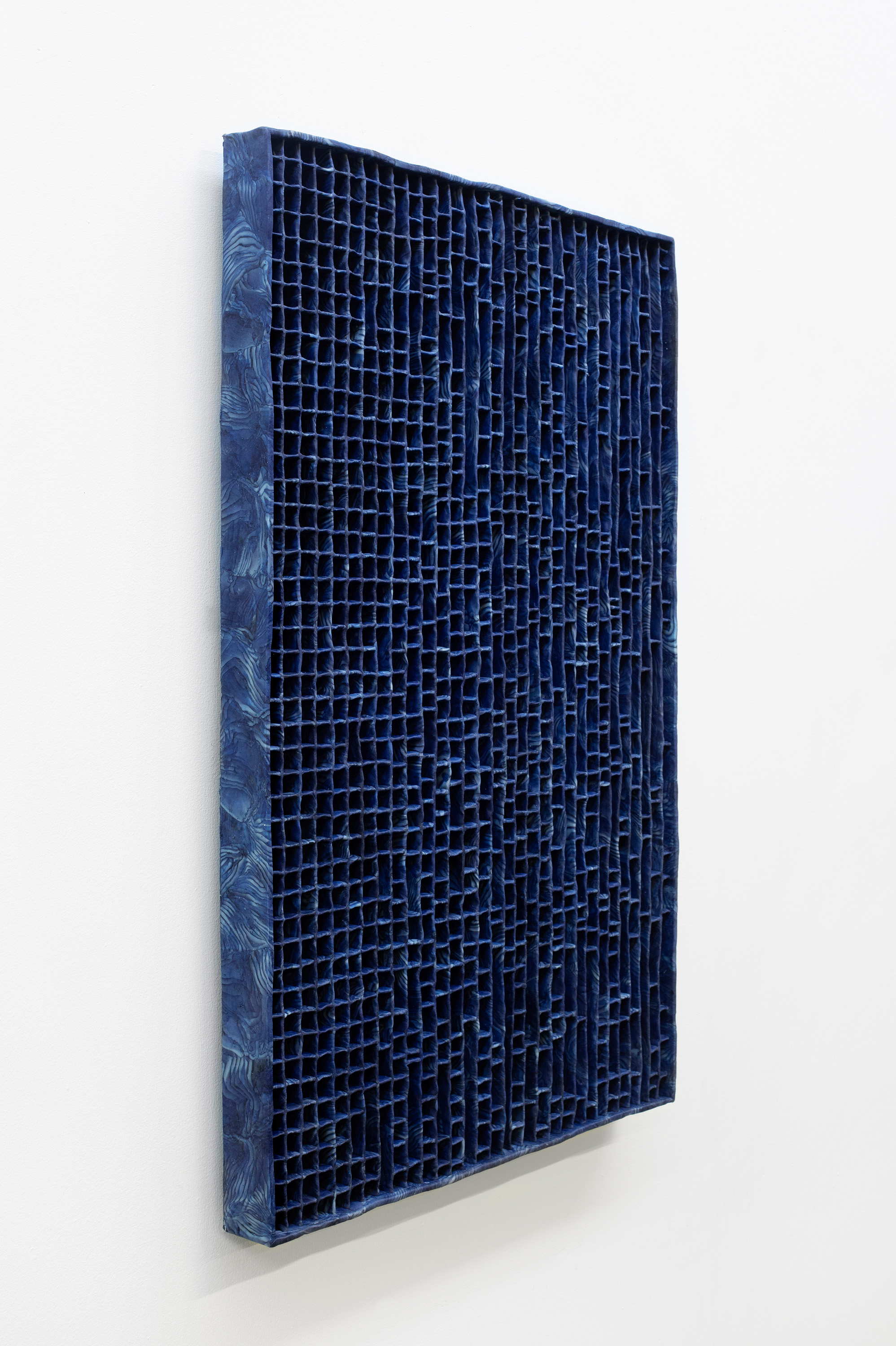 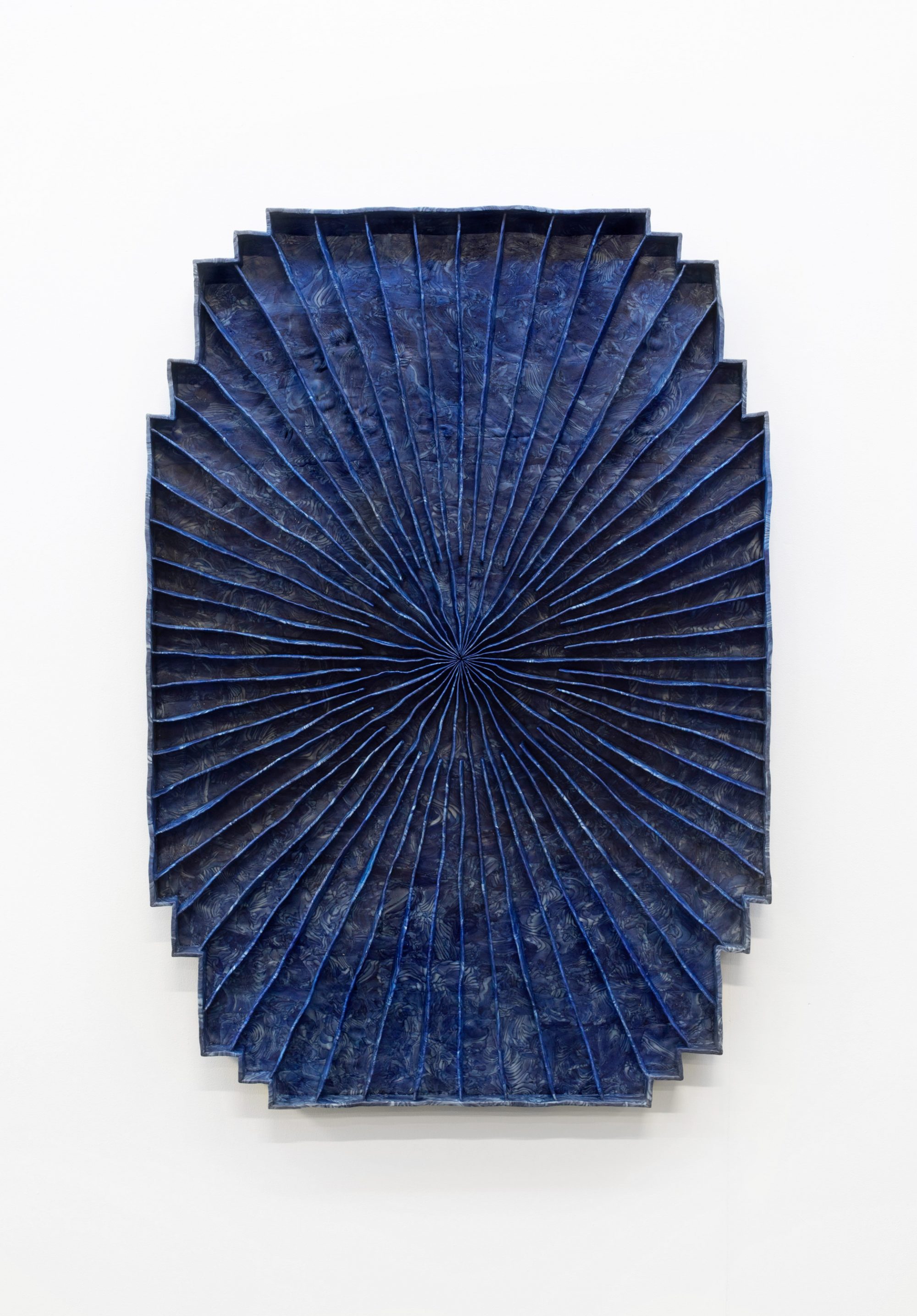 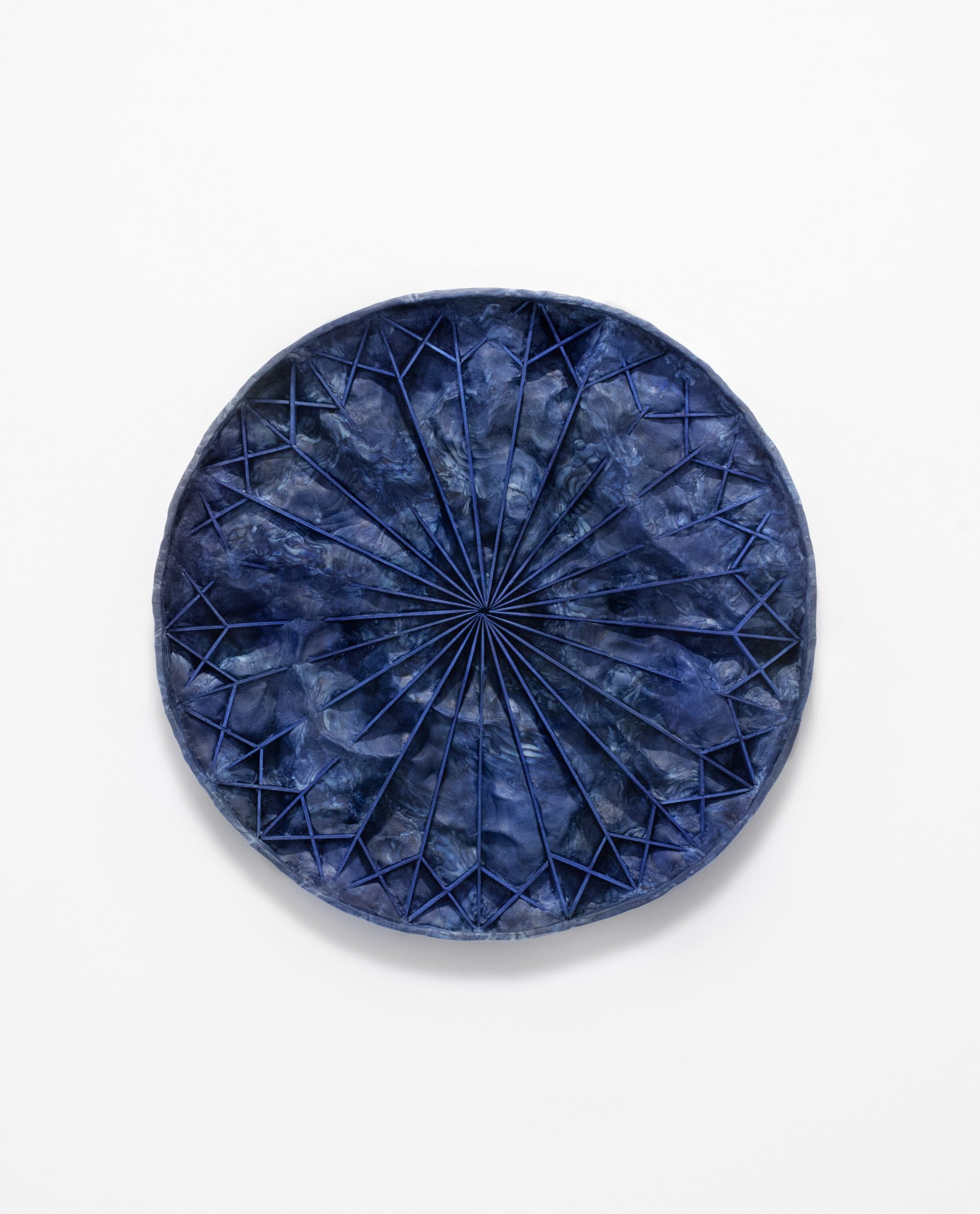 Levi van Veluw investigates the relation between the rational, the spiritual and the material. Even if spirituality is ultimately immaterial, most people practice their faith in places of worship, using sacred objects and performing holy rituals. Van Veluw asserts that the richness of religious artefacts in churches is fundamental to making our belief ‘real’ and tangible. His representations of these artefacts and the way they are created make us question our desire to add a tangible dimension to faith.

In Relief with water, we see a worktable and on top of it a large relief of clay that Levi van Veluw applies in various installations and sculptures. The worktable, the materials and tools, but also the rectangular U-profile beam that hovers above the table refer to the production of his work. The sheet of clay he processes in his work simultaneously forms its own miniature landscape, symbolizing the creation of a parallel universe.

In Landscape with hose, Van Veluw zooms in on the miniature landscape of Relief with water. A long hose-shaped pipe pumps the centrally located lake full with water, slowly giving shape to the inhospitable landscape. Symbolically the artist creates a parallel universe, like he does in his sculptures and installations. The hand of the creator is clearly visible in the new paintings. 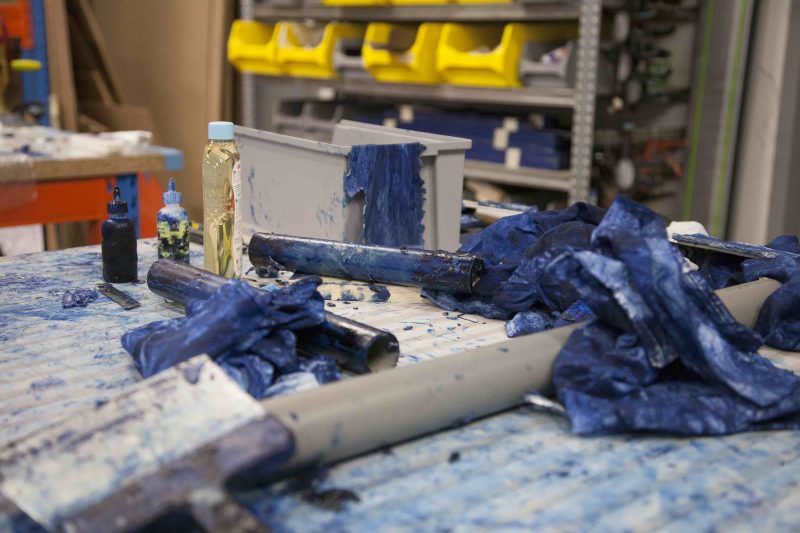 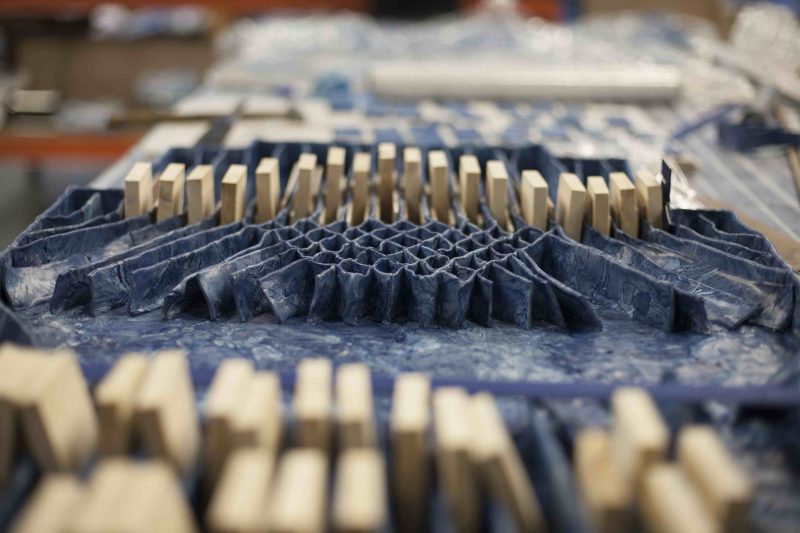 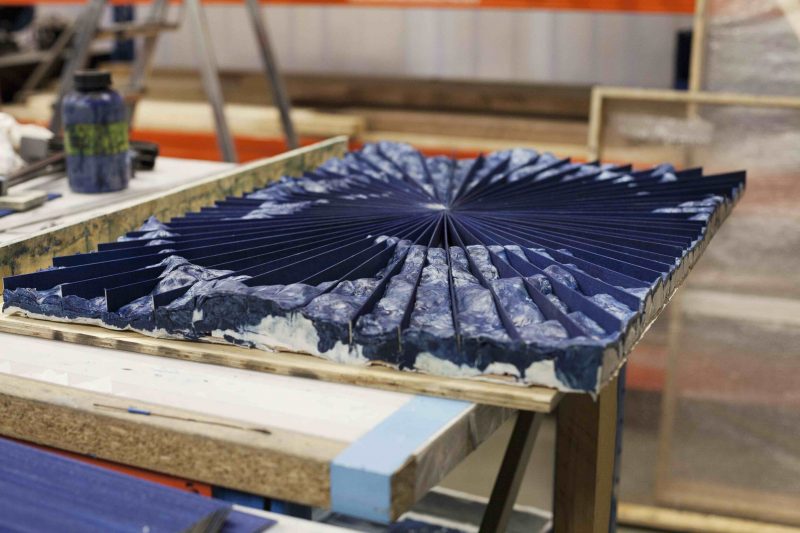 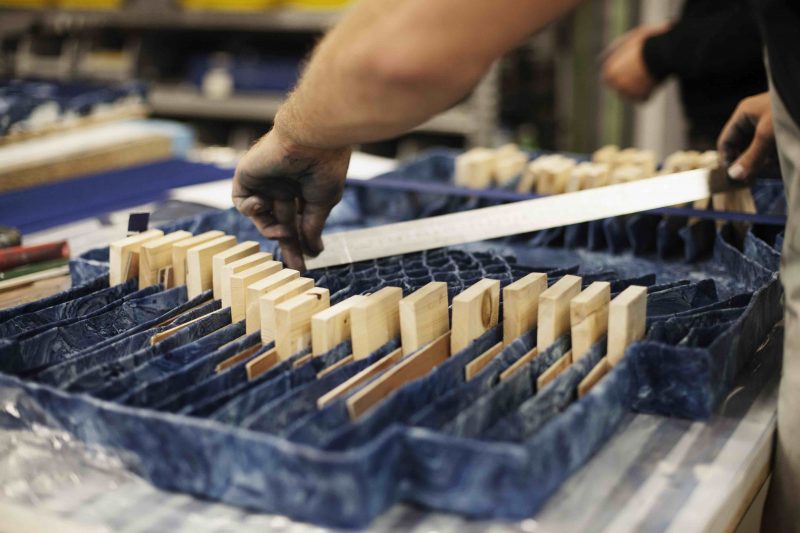 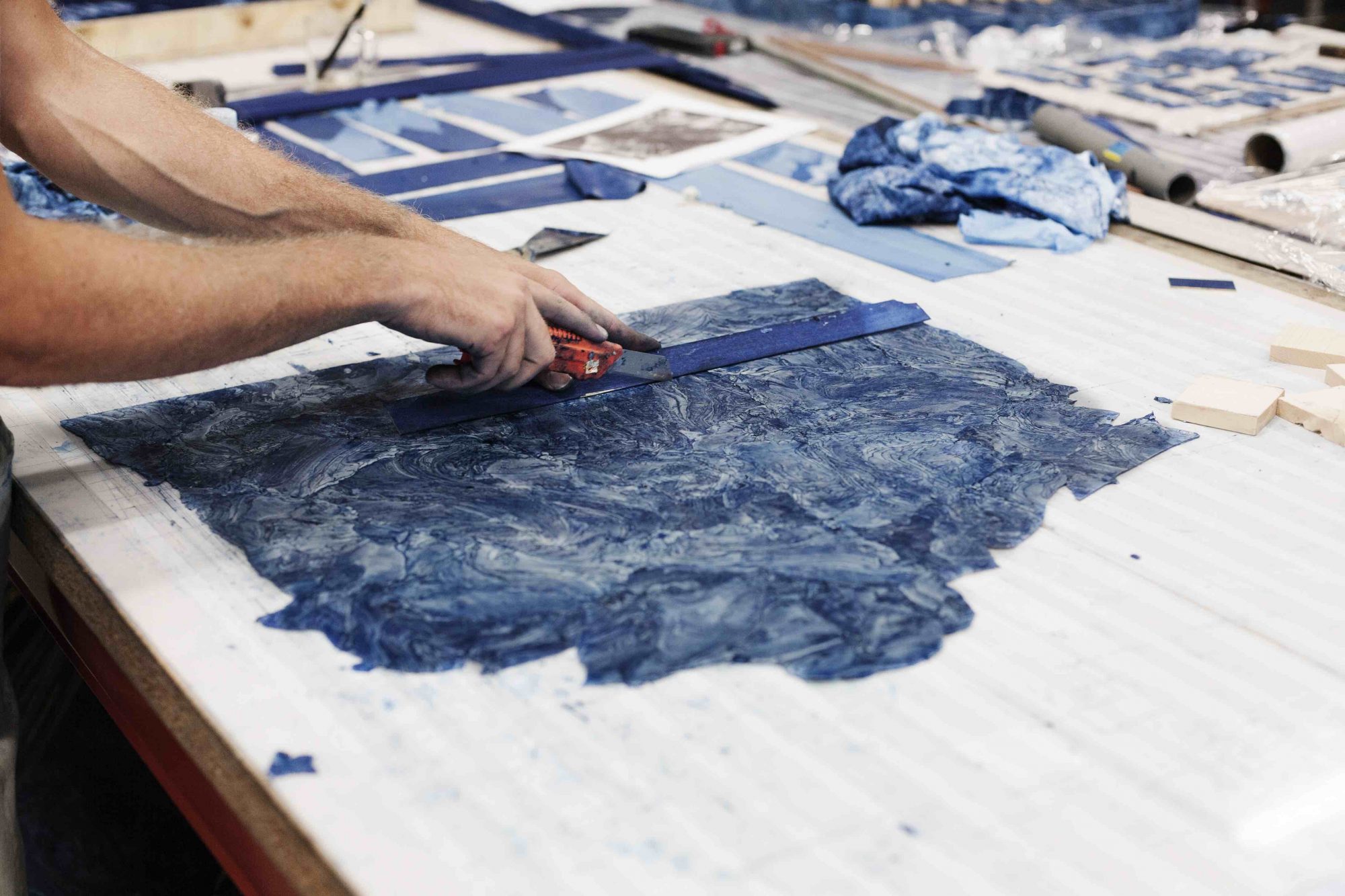 Over the years Levi van Veluw created many different installations to emphasize the importance of physically experiencing his artworks. Just this month he finished a new installation at Het Hem, a museum in Zaandam situated close to his studio. Van Veluw built the installation on site, but prepared most of his work with his team in the studio.

Click here for a virtual tour through his studio. 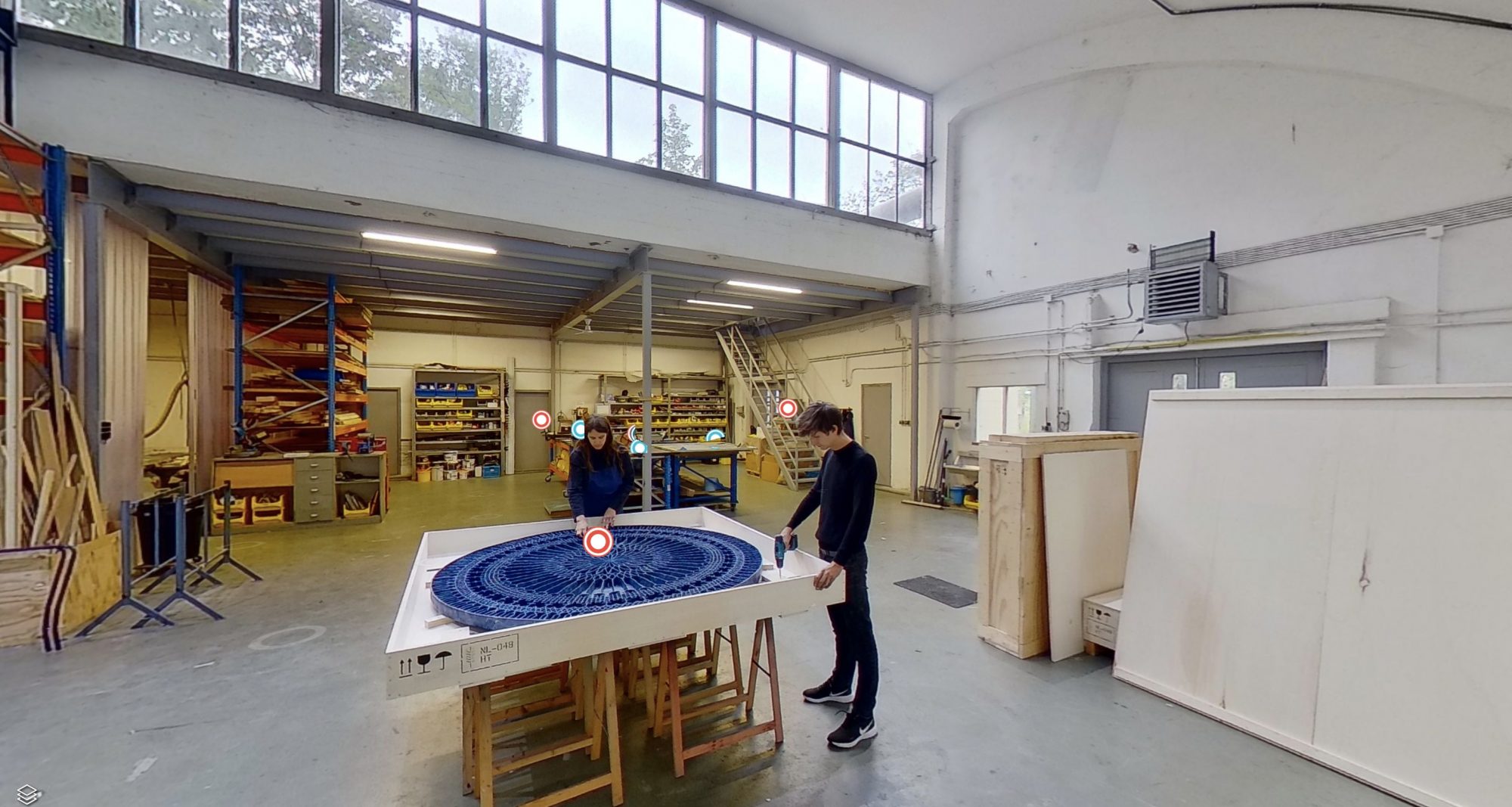 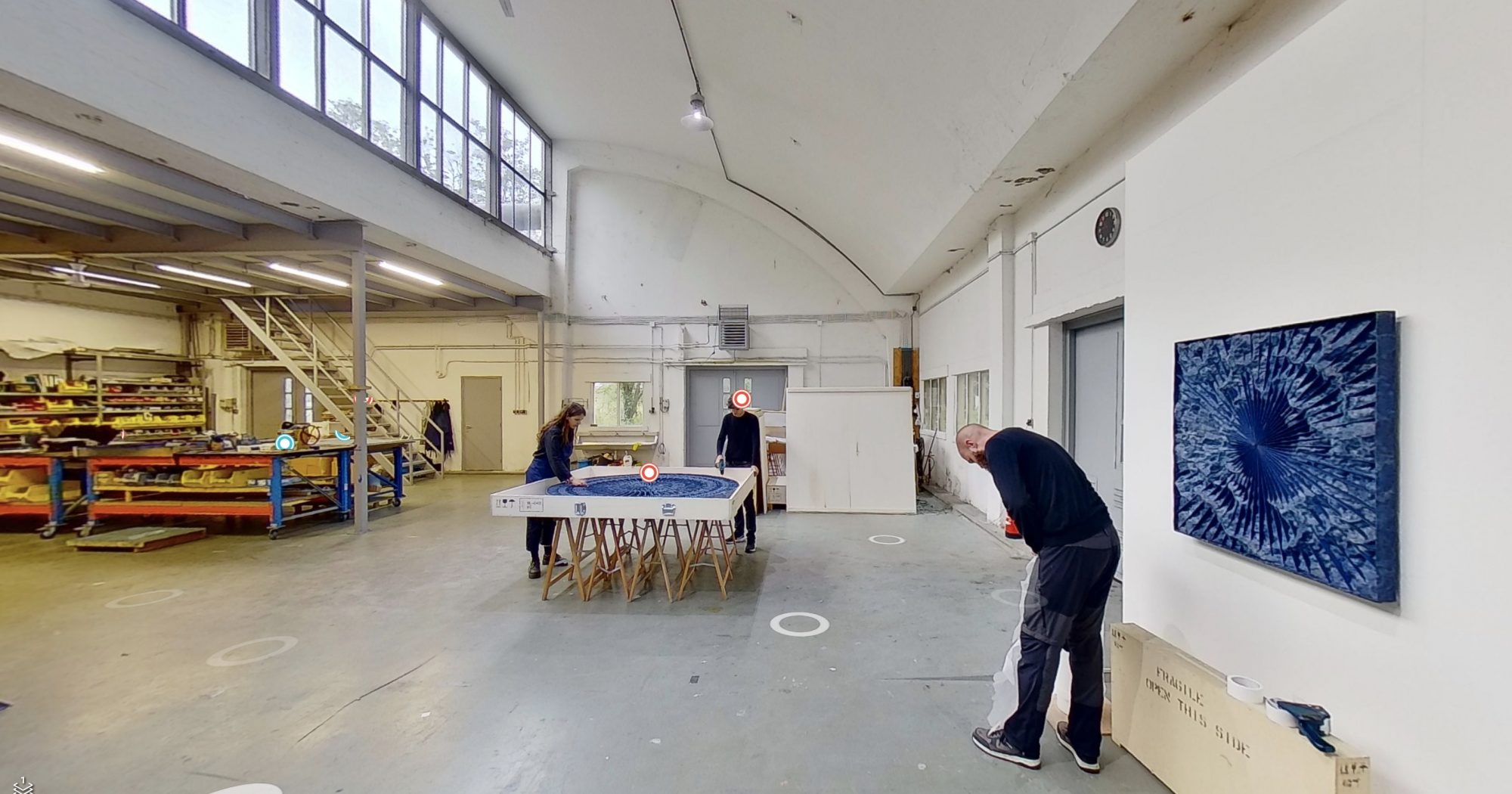 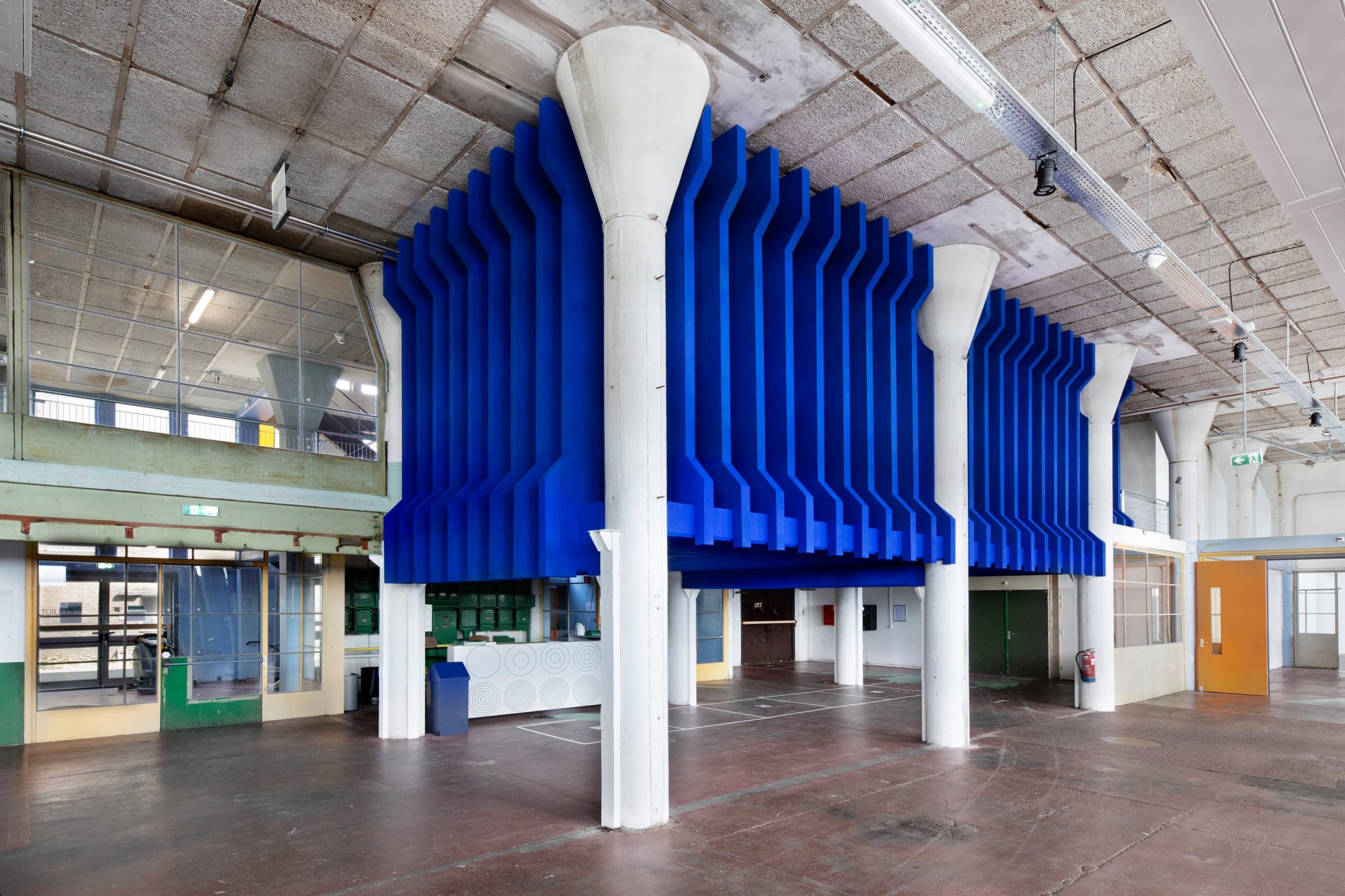 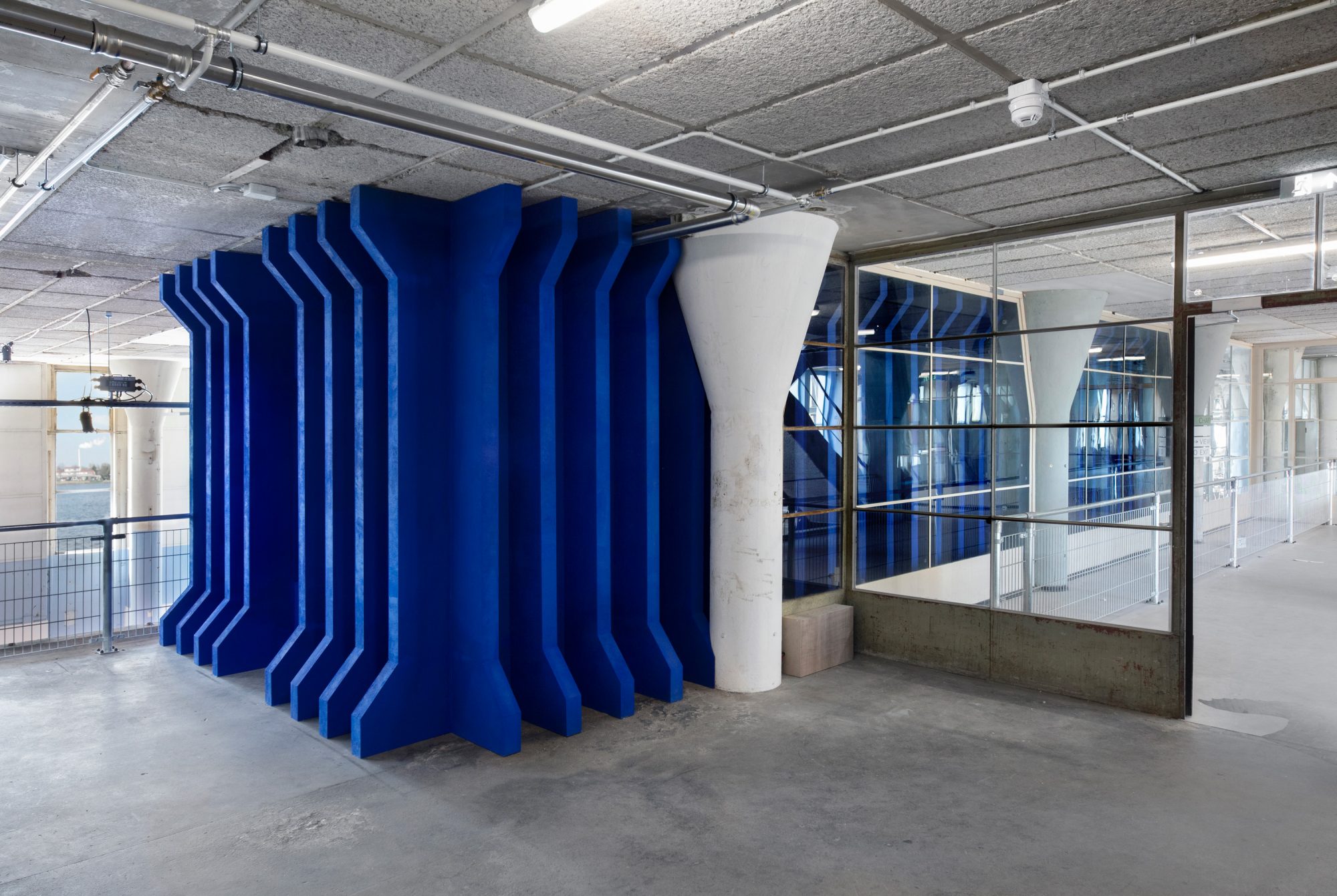 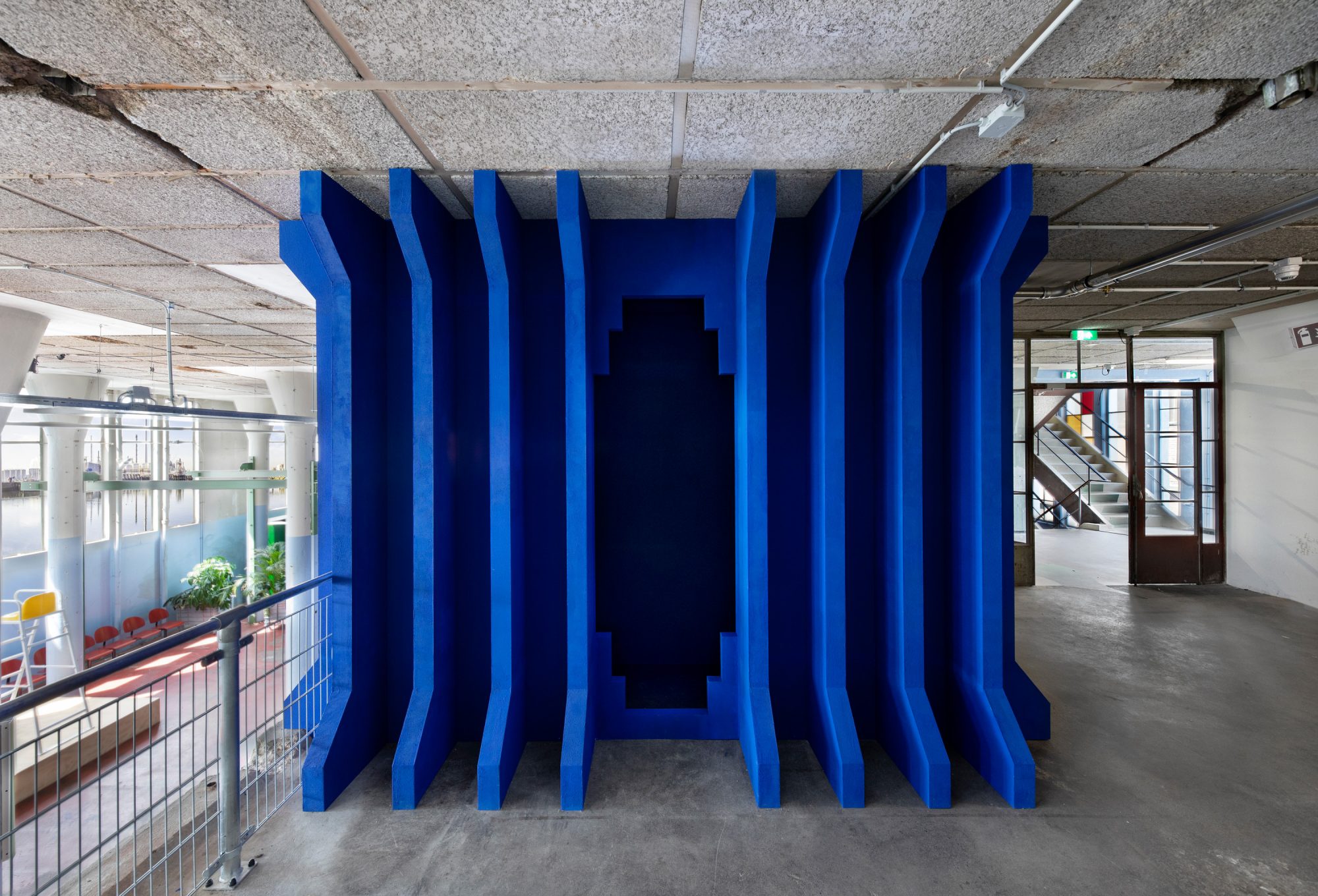 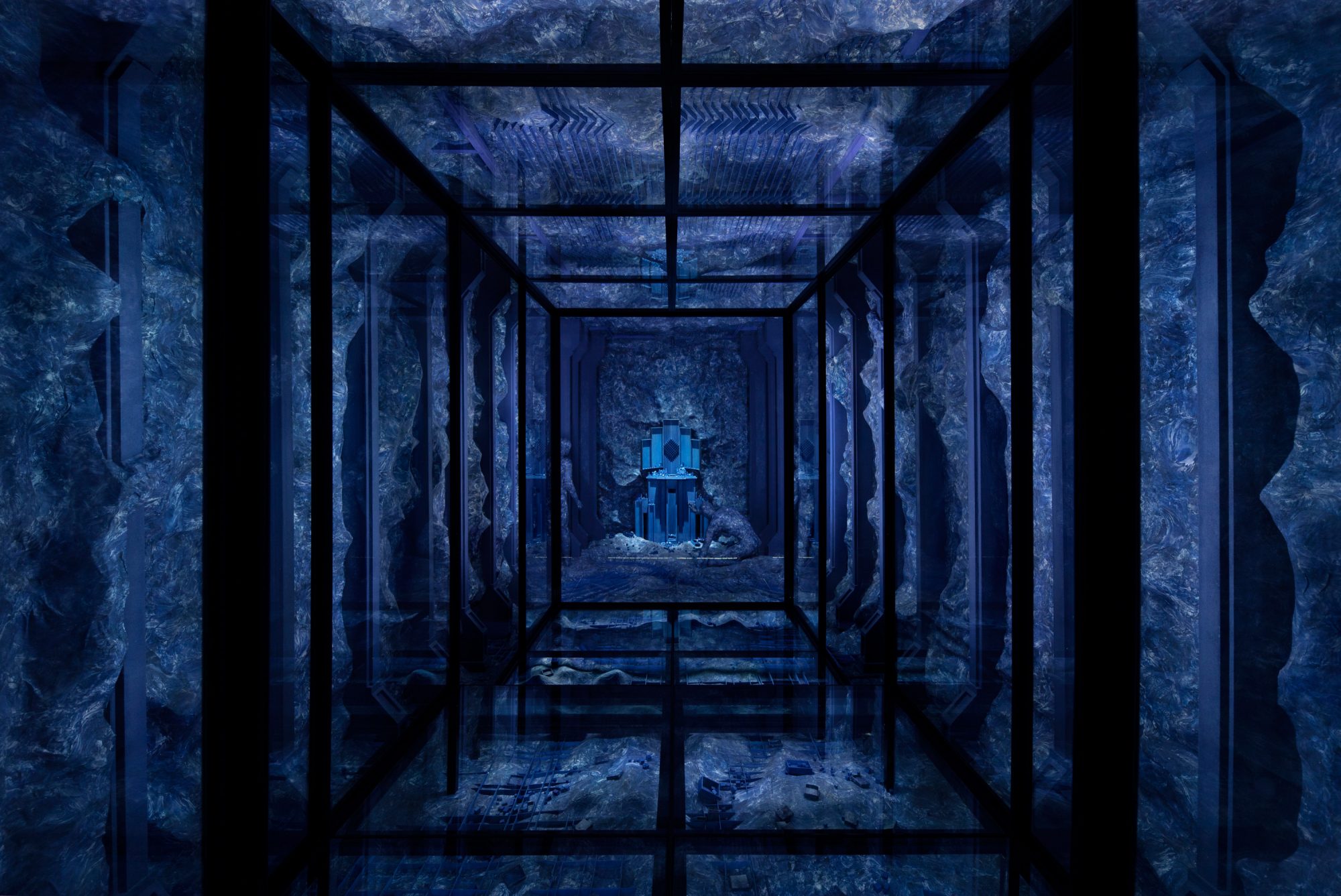 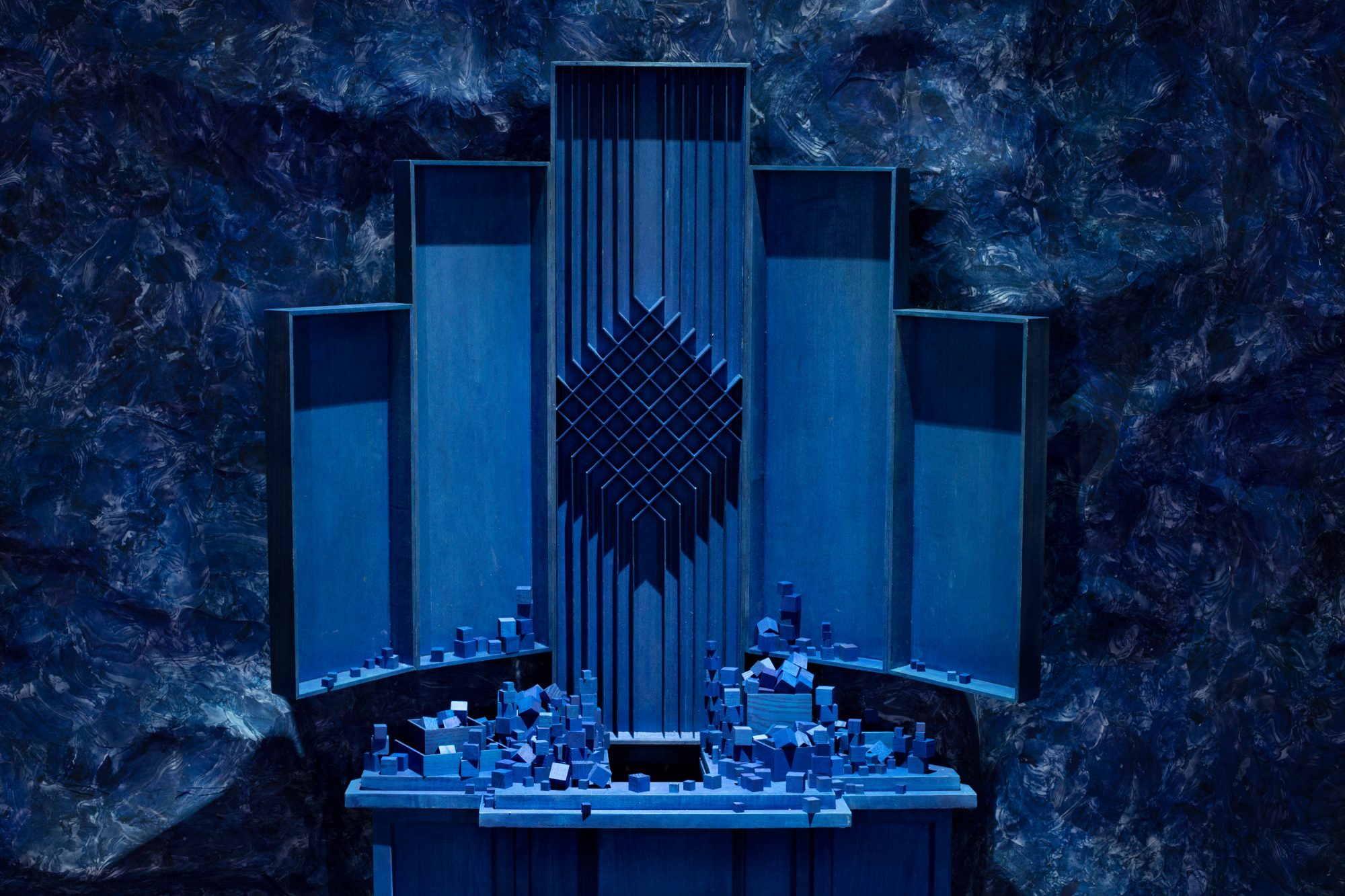 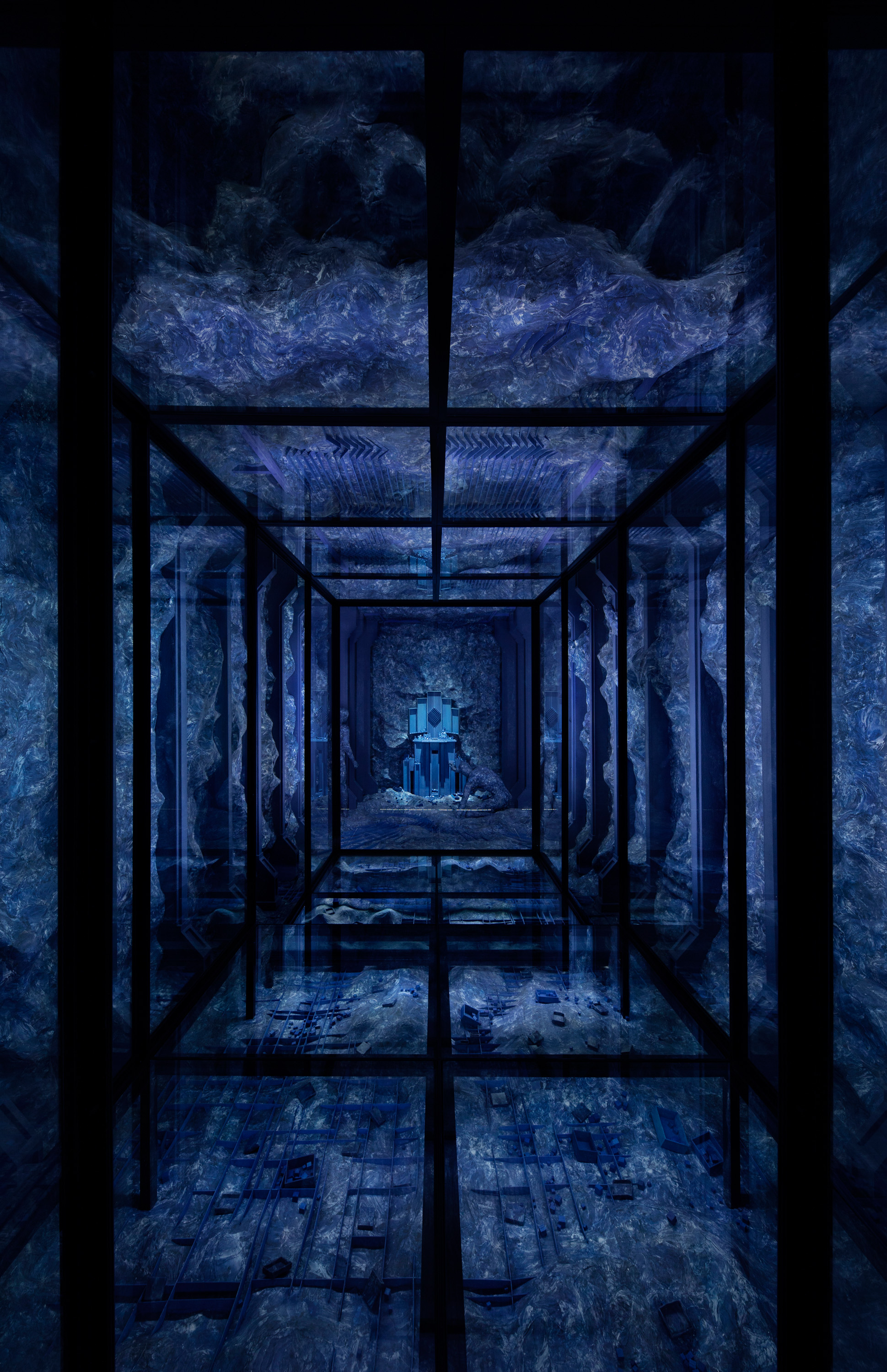 The new installation by Levi van Veluw is titled Sanctum. It is a deep blue chapel that appears to float in between two floors. The chapel has a narrow opening that invites the visitor to take a step into the unknown. Inside the building there is an open passage that leads to a ritual environment, the sanctuary. The work invites for contemplation while examining what the architecture of the spiritual consists of. Why do we assign value to objects, to the tangible, within the immaterial realm of faith? What is the basis of our devotion to altars, relics and icons? In the colossal space of Het HEM, Sanctum tests the boundary between an artistic and a spiritual experience.

Levi van Veluw: “For all my works I try to achieve an experience rather than a moment to rationally analyze the work. All elements are suggestive and can be reinterpreted. My work is about creating a personal experience about the underlying tension between our desire for a regulated universe and the rational impossibility of total control.”

See below a video of Levi van Veluw’s 300 squared meter installation Sanctum of 2019 in the expositive space of Dello Scompiglio in Lucca, Italy.