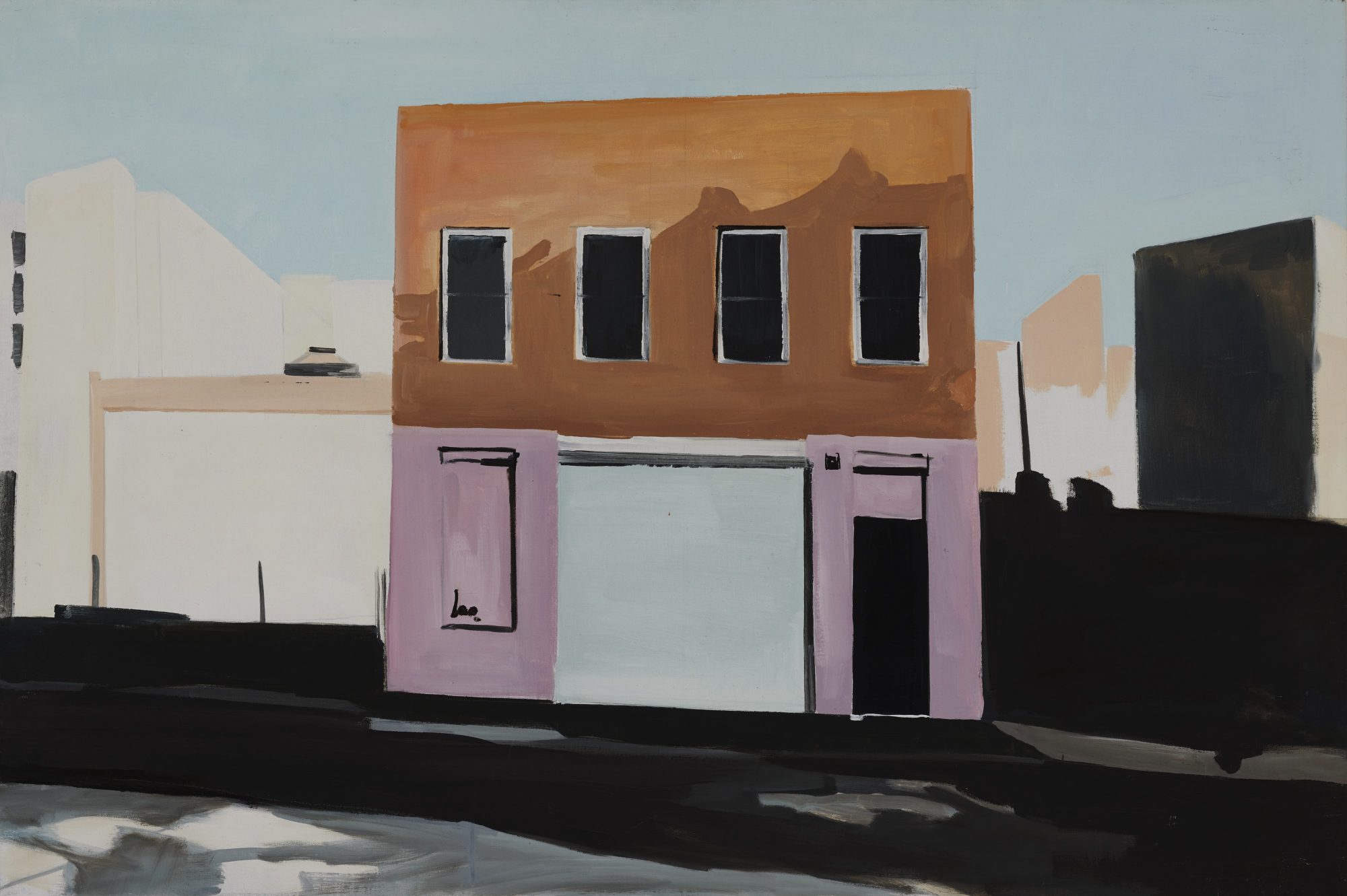 Galerie Ron Mandos is delighted to present The Beginning, an exclusive online presentation of Koen van den Broek’s largest retrospective exhibition to date in a gallery. For the retrospective, the renowned Belgian artist made a selection of his finest, most exemplary works from the last twenty years.

Presenting his idiosyncratic works of curbs, cracks and shadows alongside new paintings, we set on a journey through the landscapes of Koen van den Broek. We get to know an artist with a fondness for the good life, traveling the world and working with famous artists. Yet, we also get a glimpse of an artist who pursues a sober lifestyle, constantly experimenting and seeking innovation. 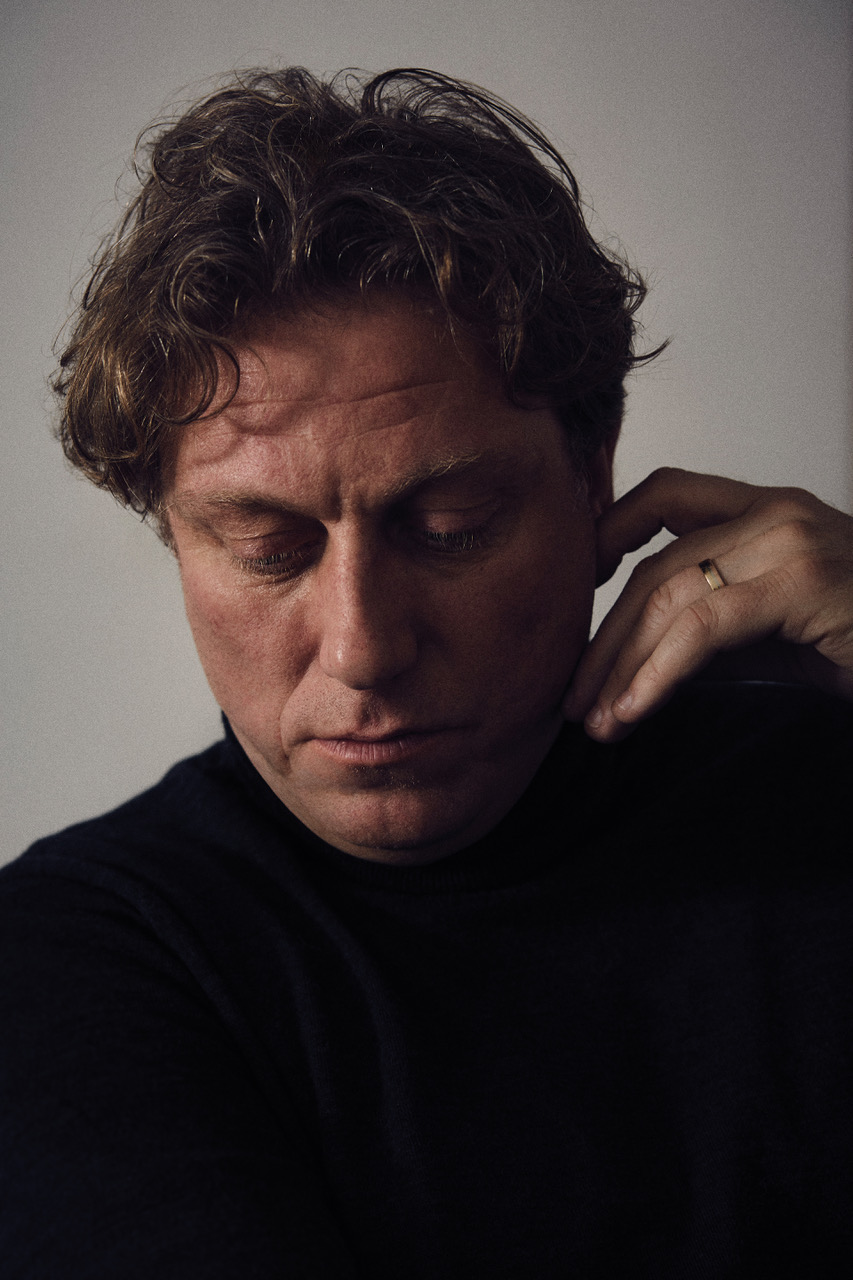 Over the past twenty years, Van den Broek has created an impressive corpus of refined, almost abstract paintings. His canvases zoom in on curbs, cracks in a road, the shadow of a vehicle. Things that we pass by every day but no longer really see. A starting point for his work are the snapshots he takes, on the road, especially in the US. His works are blank: without a location, without action, without people. The artist once said, “Even if I paint something figurative, or a person, it’s all about the composition. Light and shadow, that’s all.” 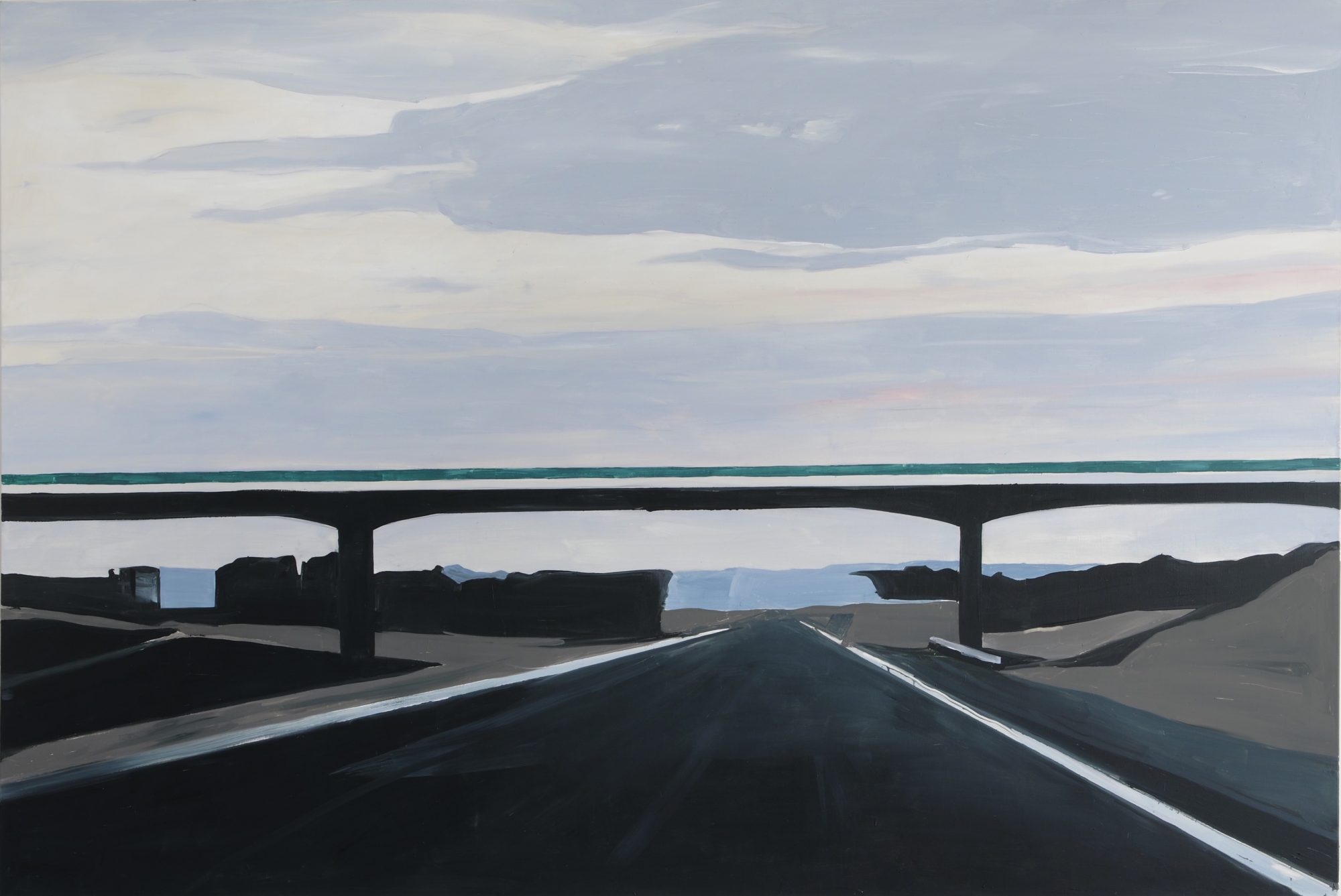 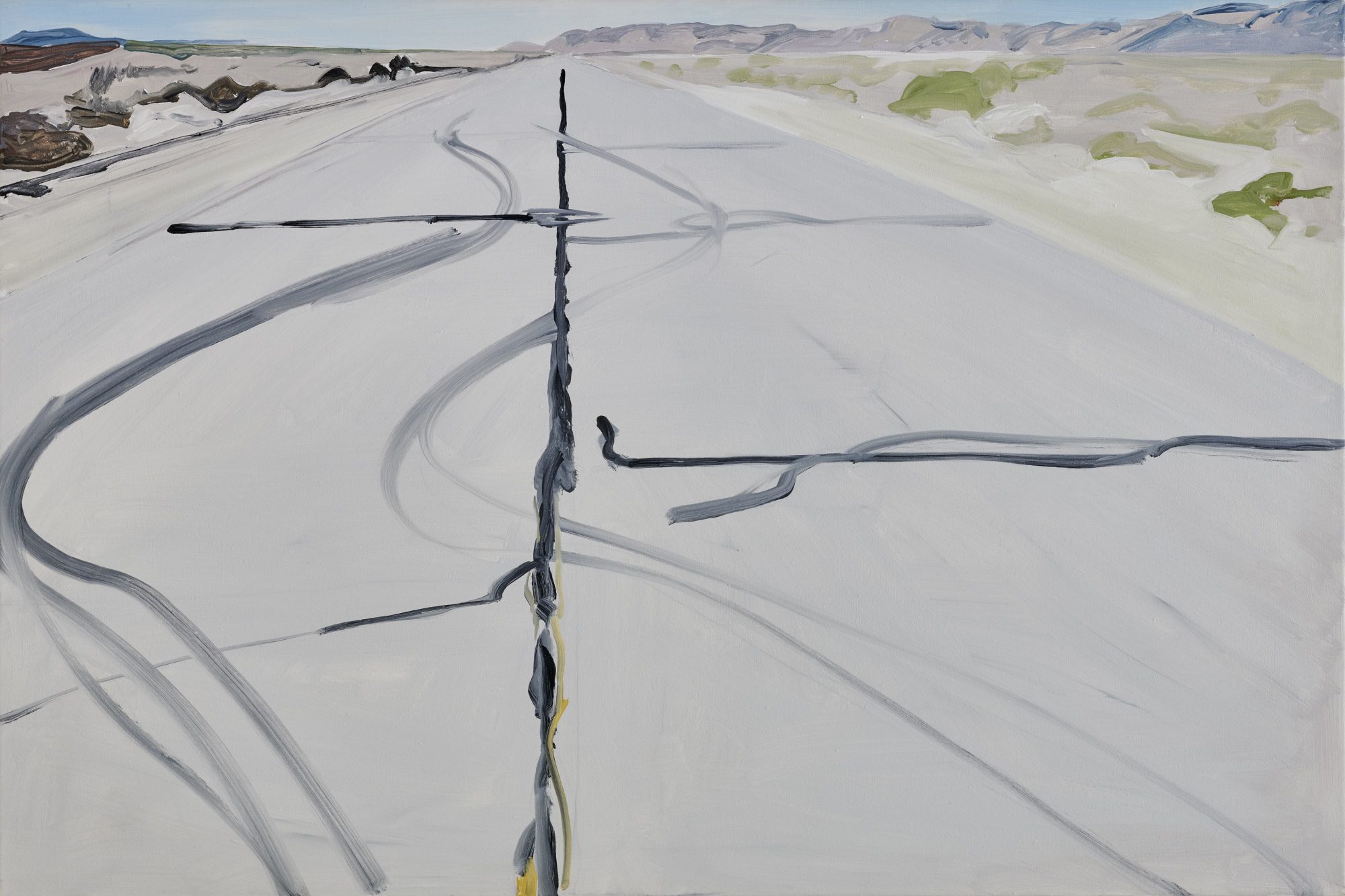 The many streets in Van den Broek’s work evoke asso­ciations with the road movie genre. David Lynch’s Blue Velvet and Wim Wenders’ Paris, Texas are a huge source of inspiration. Usually the roads in his paintings are empty. Van den Broek draws our attention towards the traces that people leave behind. In Drifting on Crack, we see the skid marks of a car that drifted through the American desert.

The Crack paintings refer to the road movie genre, but also to the work of Piet Mondriaan. Mondriaan’s Boogie Woogie paintings seem abstract, but relate to Manhattan’s street grid plan. Van den Broek’s Disorder appears abstract, but is in fact a detail shot of the road. He zooms in on a playful system of crack lines that perpetuates on the endless interstate in the American desert. The play between abstraction and figuration is very important in the Crack series. 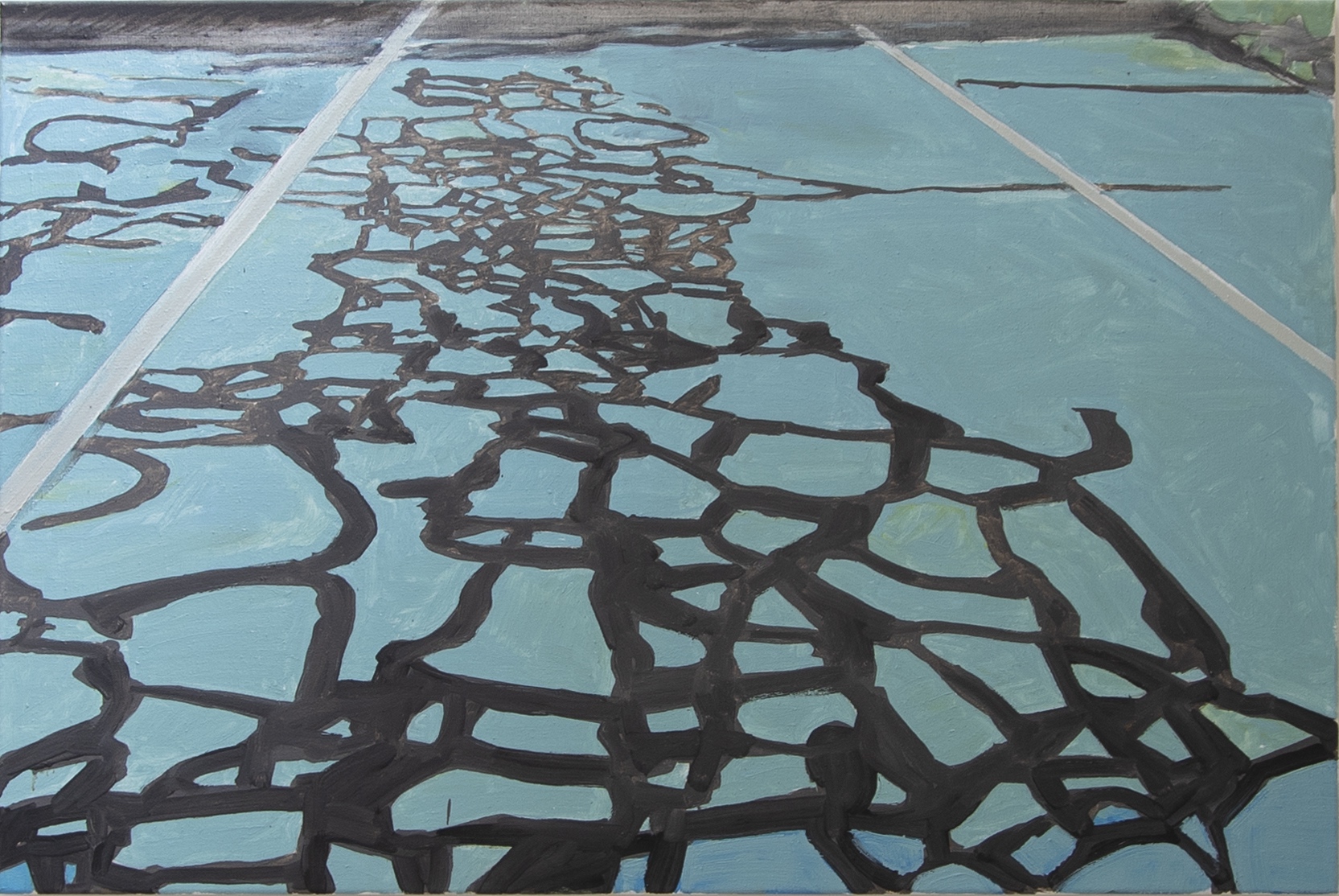 “Traveling is working for me. Renting a convertible and driving through the desert. Seeing work by Philip Guston at the Museum of Contemporary Art in Chicago. Visiting the Matisse room at the MoMA in New York. Discovering new artists in galleries. […] An artist must primarily be concerned with art.” 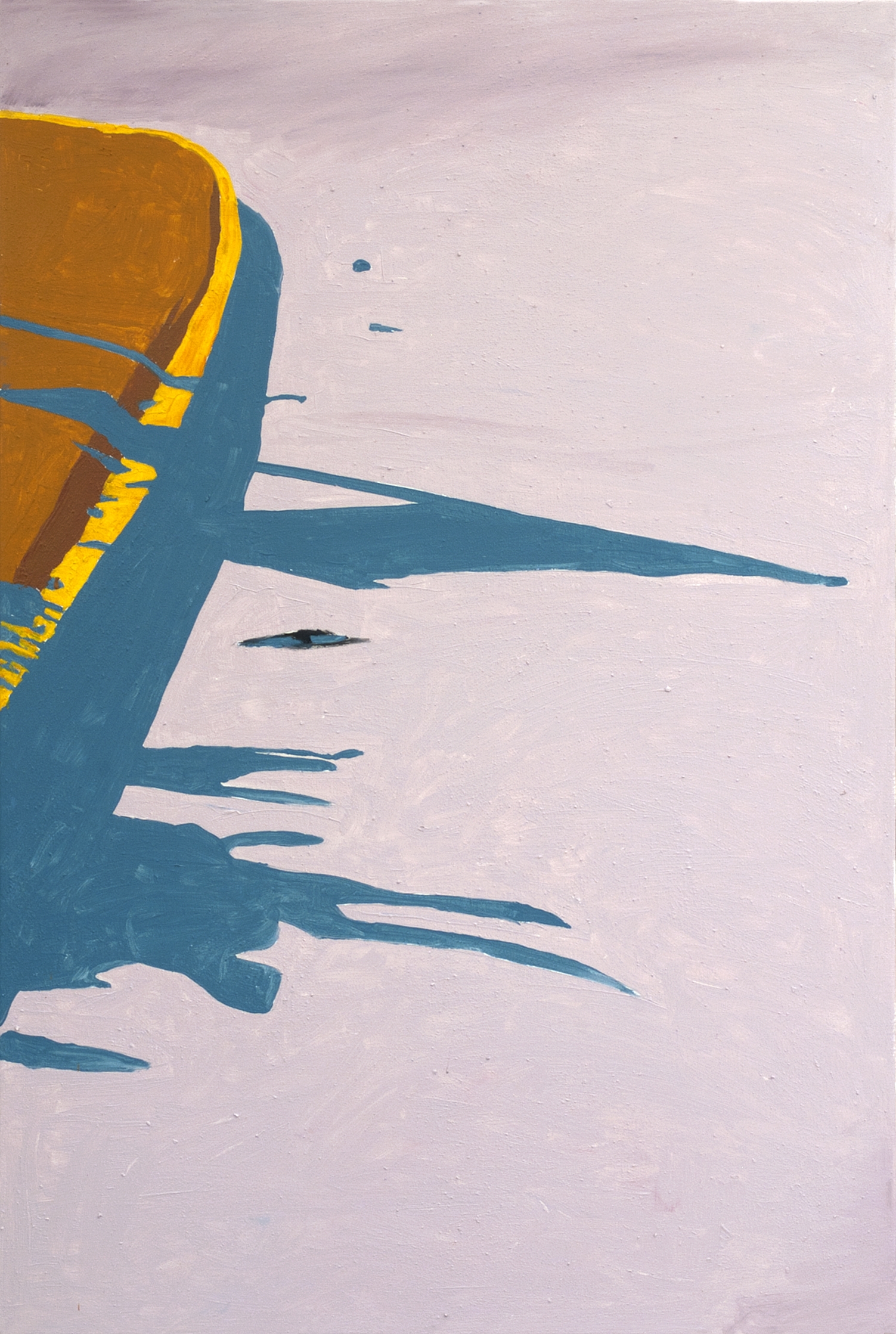 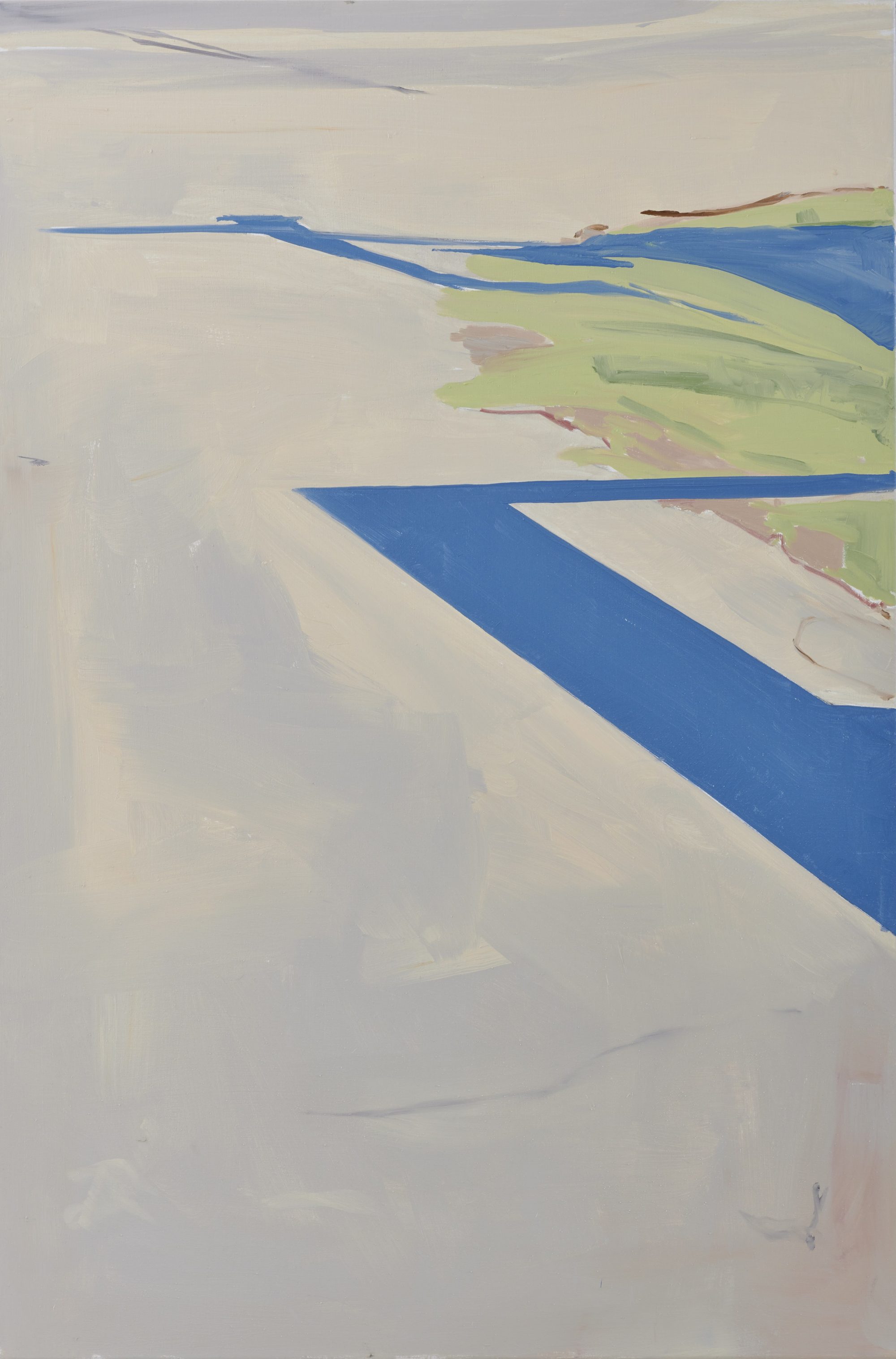 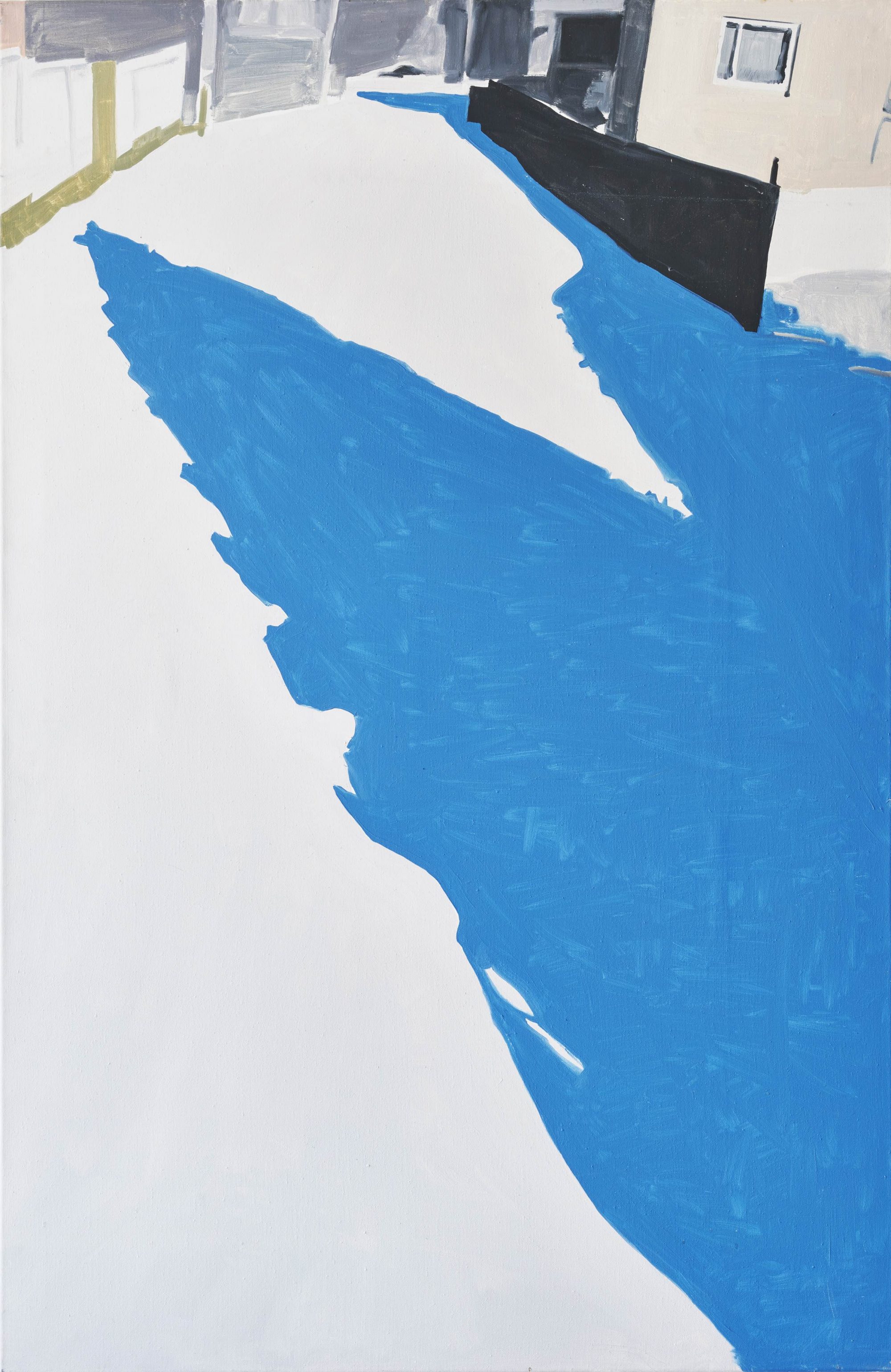 Traveling around the world, Van den Broek has his analogue camera always close to hand. In his search for a subject of representation, Van den Broek does not look for motifs that make landscapes specific and recognizable, but holds on firmly to forms of subject matter that one can find everywhere. He turns his gaze downwards and zooms in on cracks, curbs and shadows found on sidewalks and roads.

Most of the shadows in the painting by Koen van den Broek are blue, showing the importance of analog photography. In old movies and tv-series that were made using analogous film, the shadow colors range from black to blue. 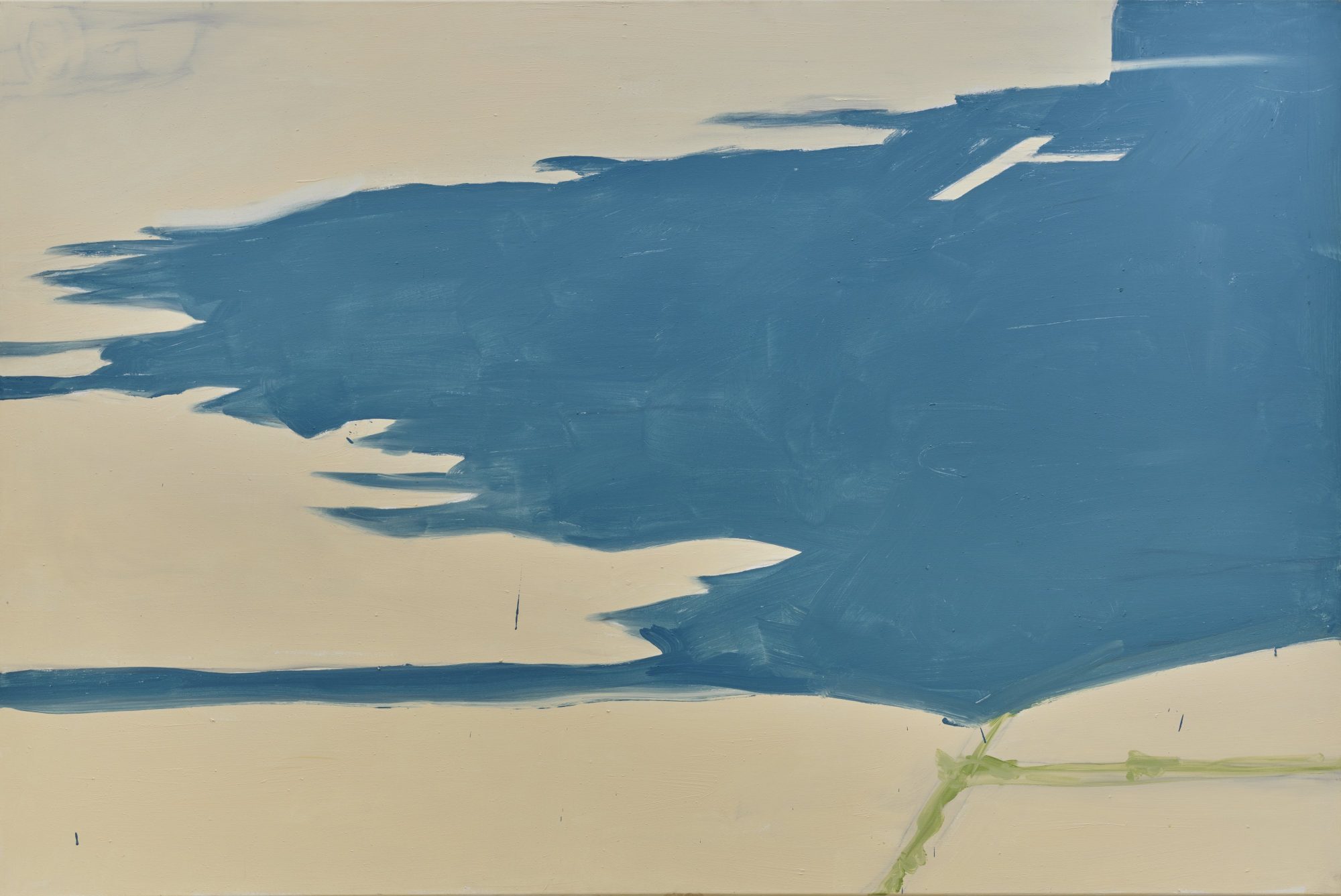 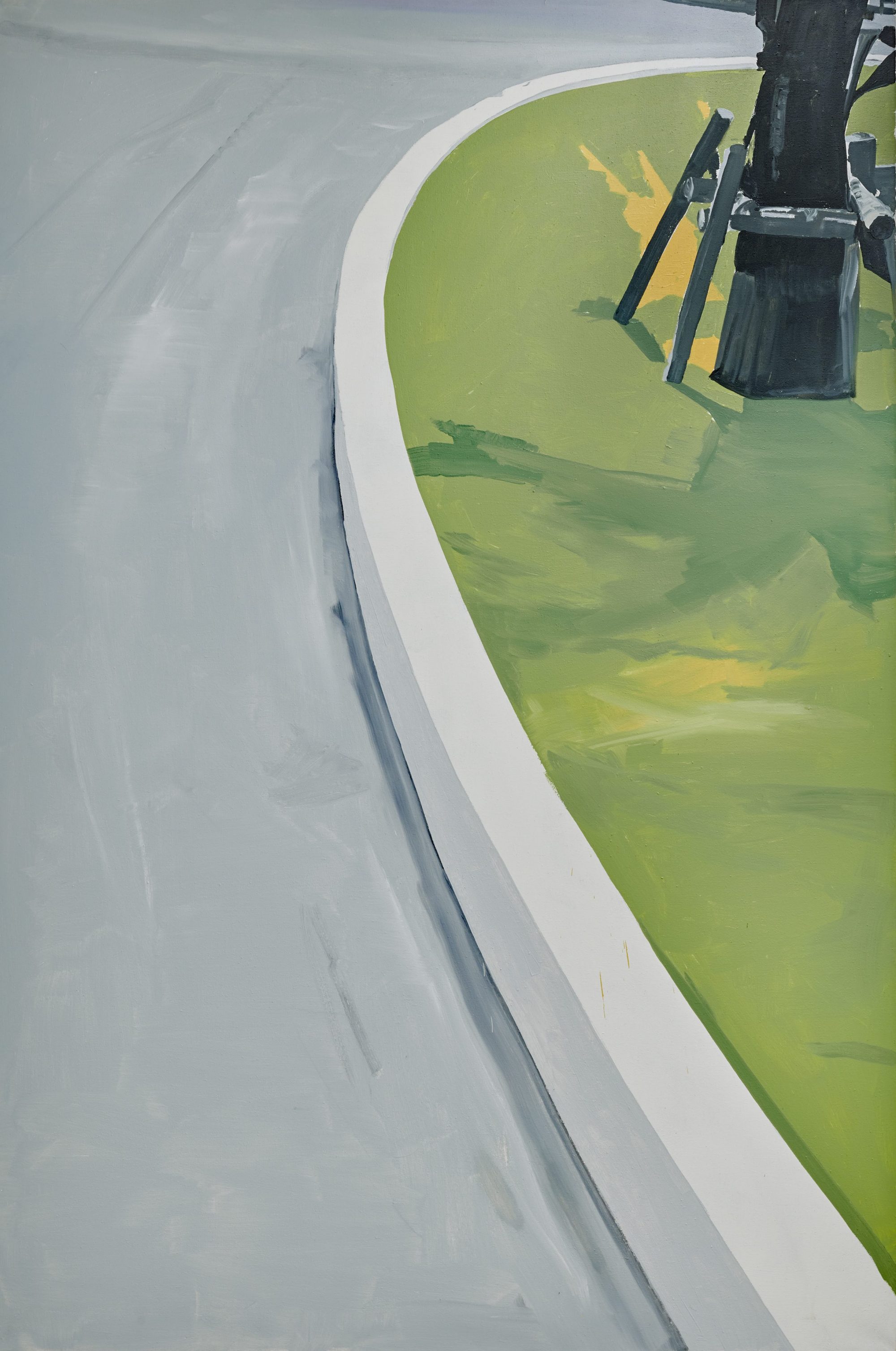 In the Curb or Border paintings, Van den Broek is looking down at the street. The artist once said, “The first time my work was described as looking down was actually in reference to the painting Red Border (1999), based on a photograph I took in San Francisco. I considered it a landscape painting, focusing on the end of a road, with a lawn at the side and a red curb going up. […] When they saw it, my artist friends reacted as if I was starting to evolve towards abstraction. As we know, when there’s a horizon, we call it ‘landscape’. But in this case, we could call it ‘composition’ – as we learned from Barnett Newman. The red ‘zip’ rendered in perspective made me reflect and prompted the development of my subsequent border paintings.”

Bike Lane S.M. is one of Koen van den Broek’s most recent works. The work is based on a picture he took in Los Angeles. In the past decades, the city has transformed into a more climate friendly city with plenty of fresh green bike lanes. This work is a symbol for the times we live in. The abandoned bike lane reminds us of empty streets during the current crisis. 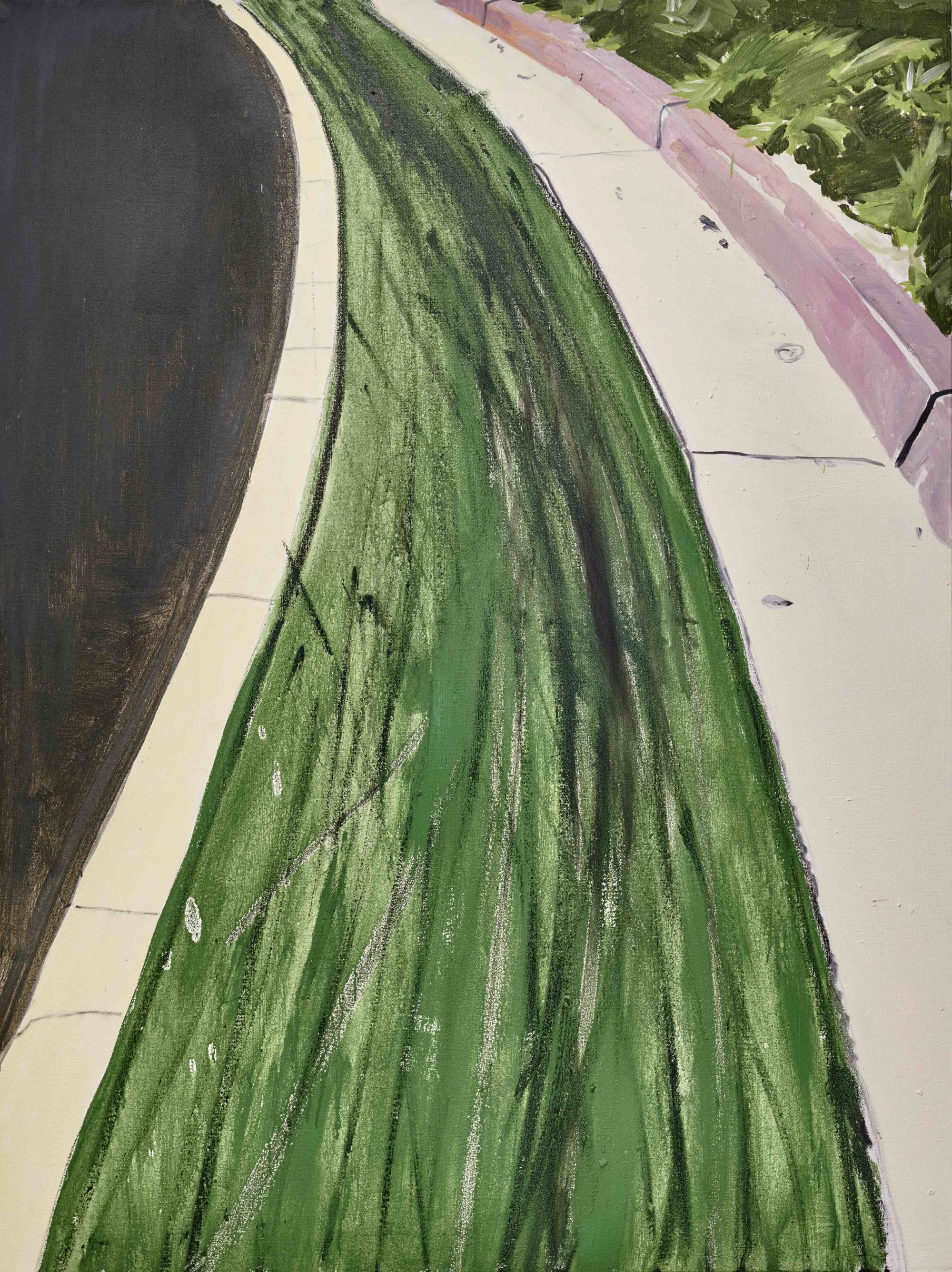 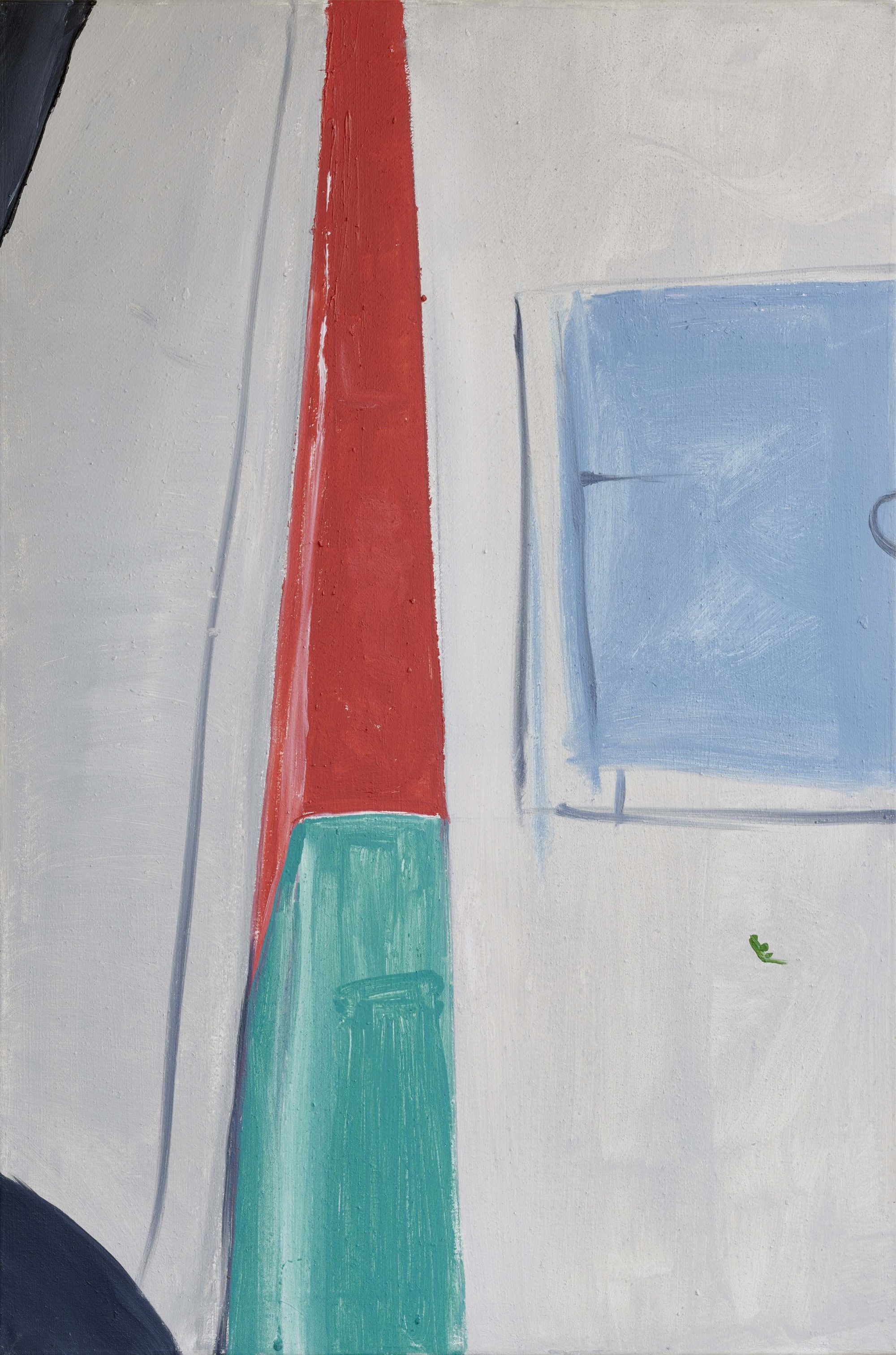 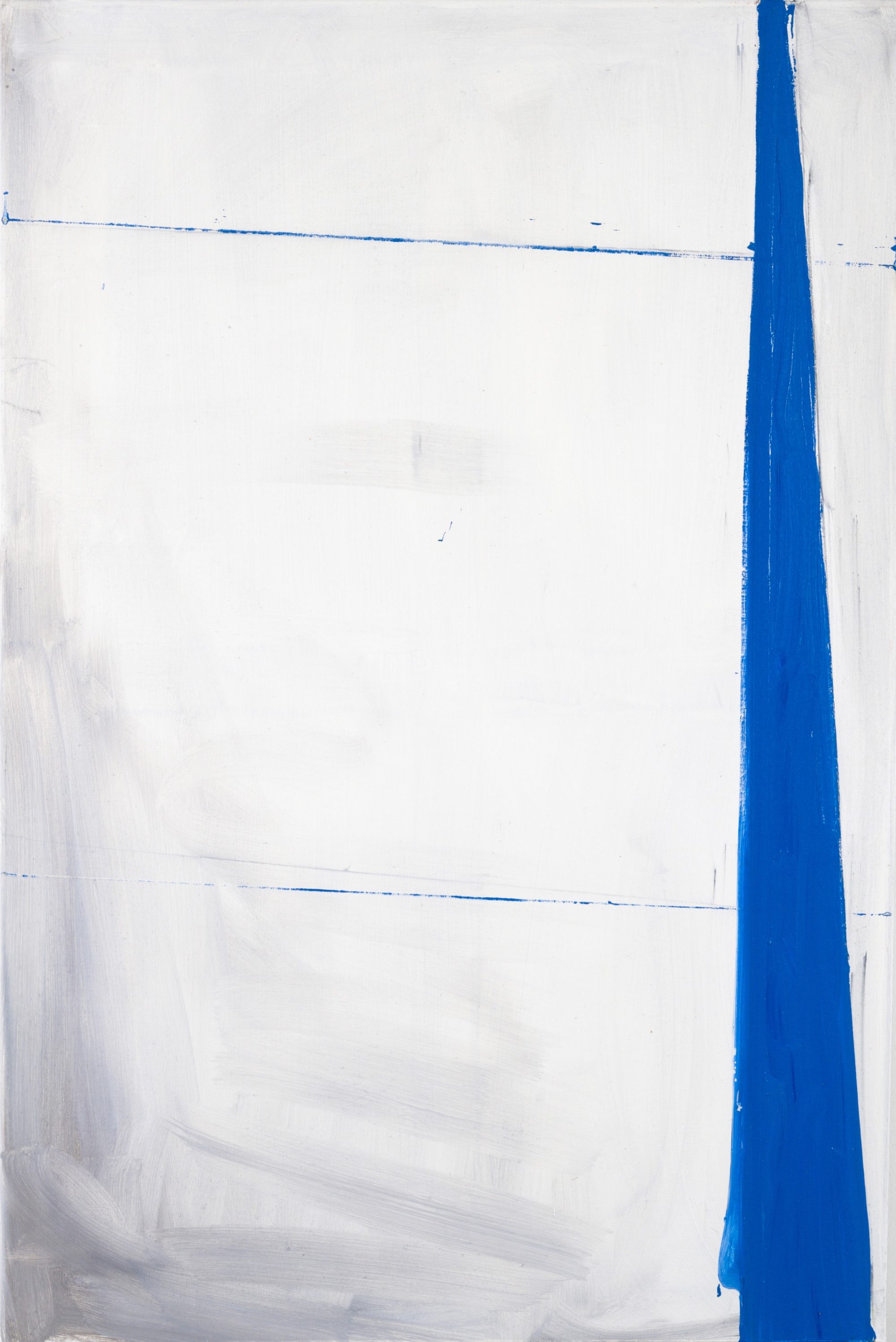 For years Van den Broek worked on cracks, curbs and shadows, his personal statement on the traditional genre of landscape painting. In constant search of renewing the medium, he found inspiration in the paintings of Henri Matisse, but also in the conceptual art of John Baldessari, a good friend of the artist. In 2008 they decided to collaborate on a project that combined photographs by Baldessari with painted interventions by Van den Broek. 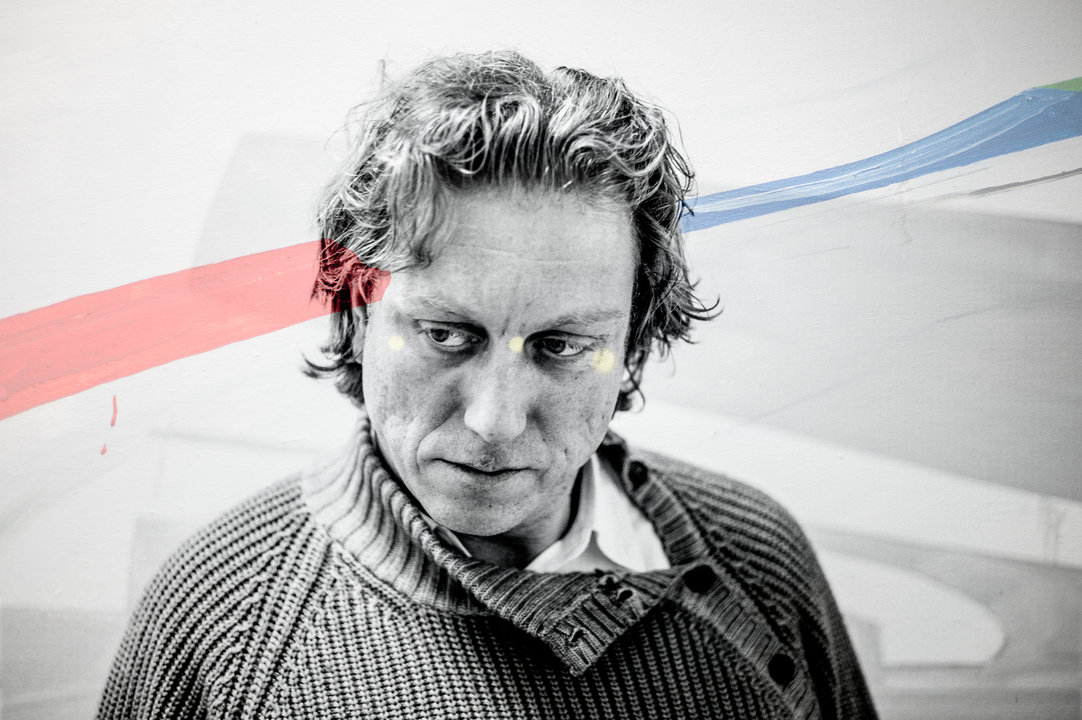 “I once tried to stop painting. I didn’t keep that up for long. There is this necessity to paint. It is hard to explain. […] It is a necessity I think, of something in which you have grown, of something you’re good at. It explains why artists don’t retire. Artists continue to evolve. Sometimes until they are 90 years old; sometimes until they are 100. They continue until it’s done.” 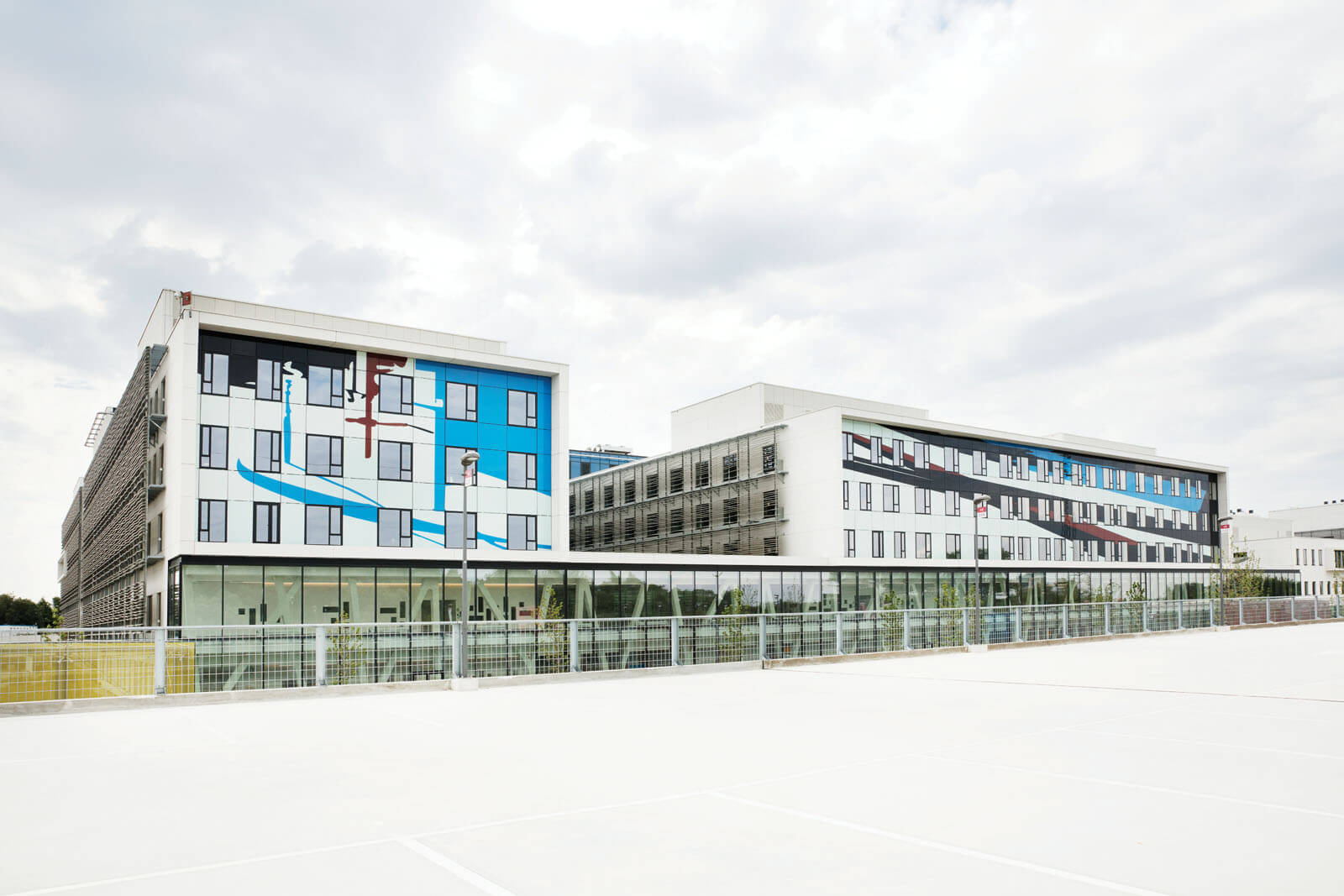 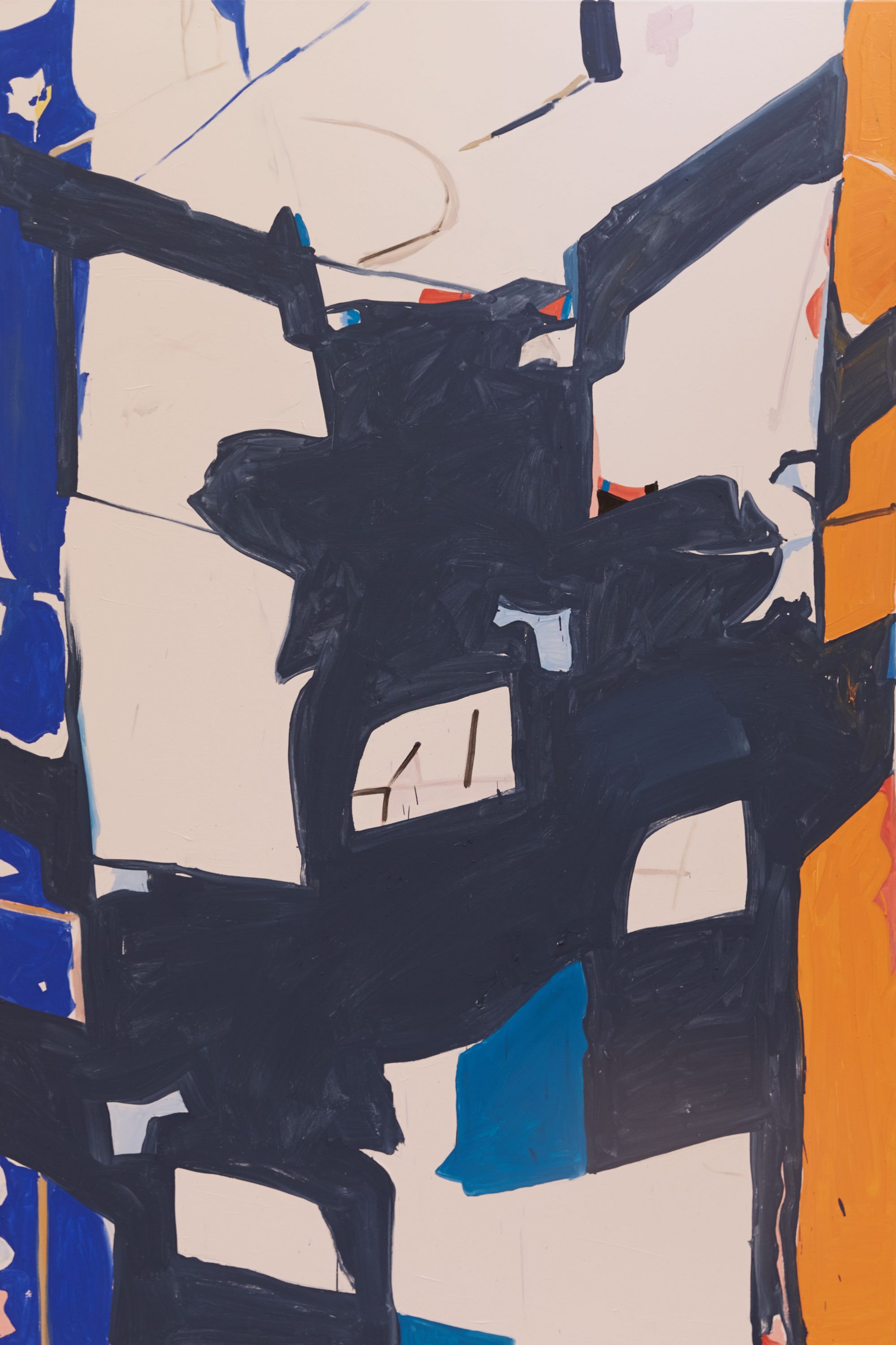 Something entirely new was Van den Broek’s public intervention on the facade of the hospital Sint-Maarten in Mechelen, Belgium. While revisiting his older work, the artist sampled elements from his crack, curb and shadow paintings, and translated these onto the glass facade of the building. These abstracted samples also served as a source for a series of abstract paintings, like Stretched.

In his search for abstraction, Van den Broek is guided by many important art historical figures. For example, John Chamberlain’s expression ‘cut away the snoopy’ laid the foundation for a series of paintings in which Van den Broek ‘cut away’ all recognizable elements from his compositions for the sake of pure form. 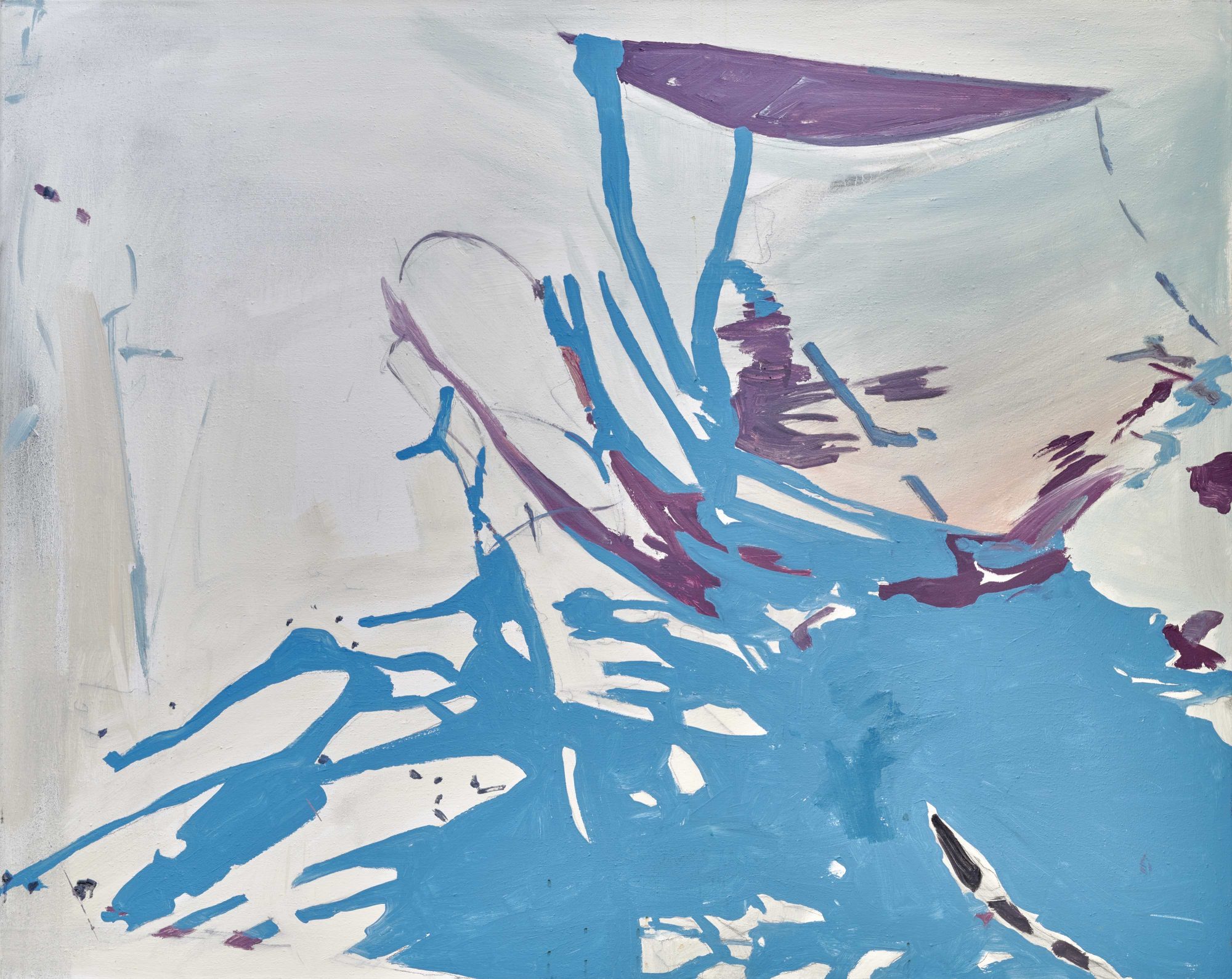 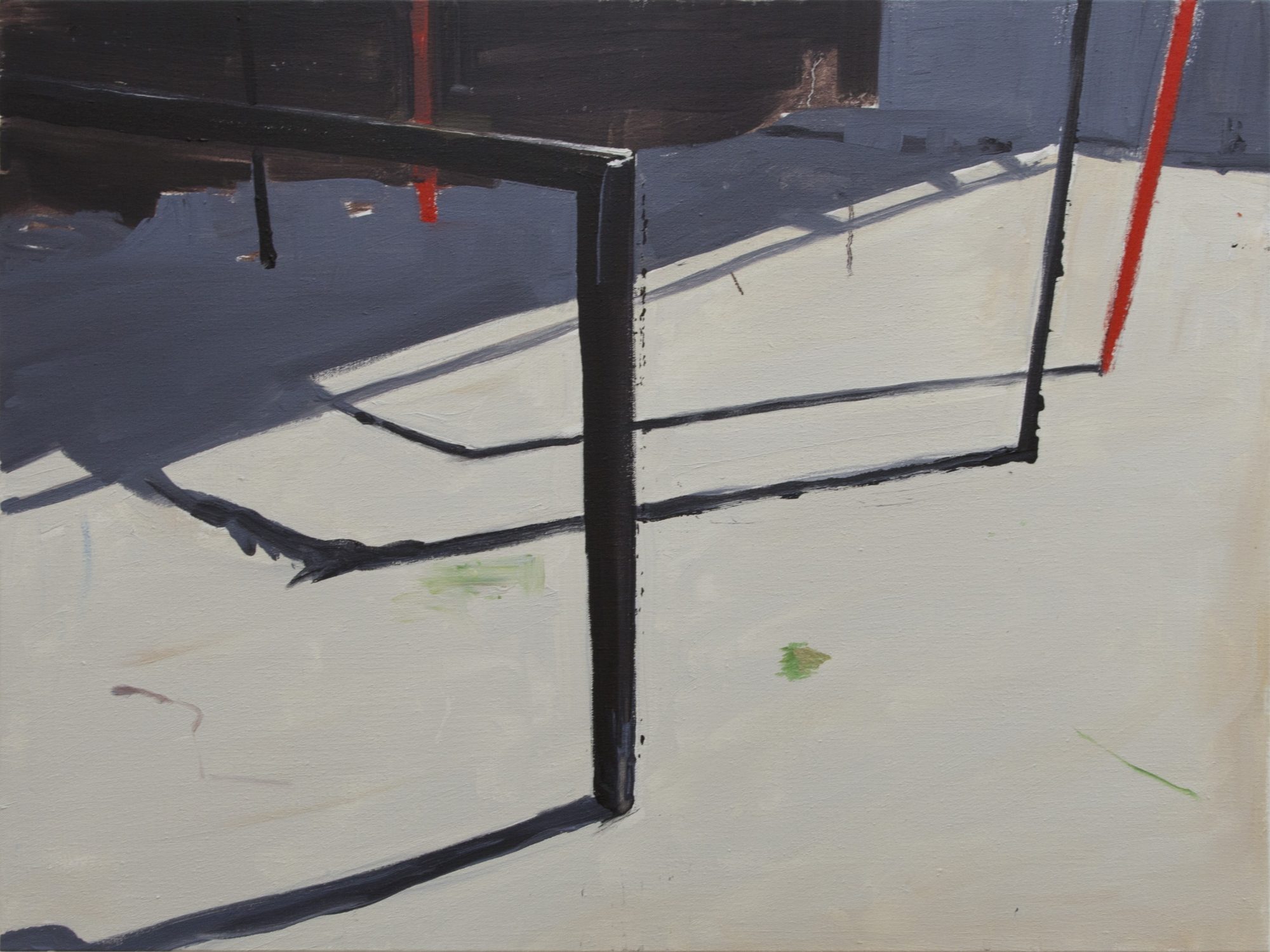 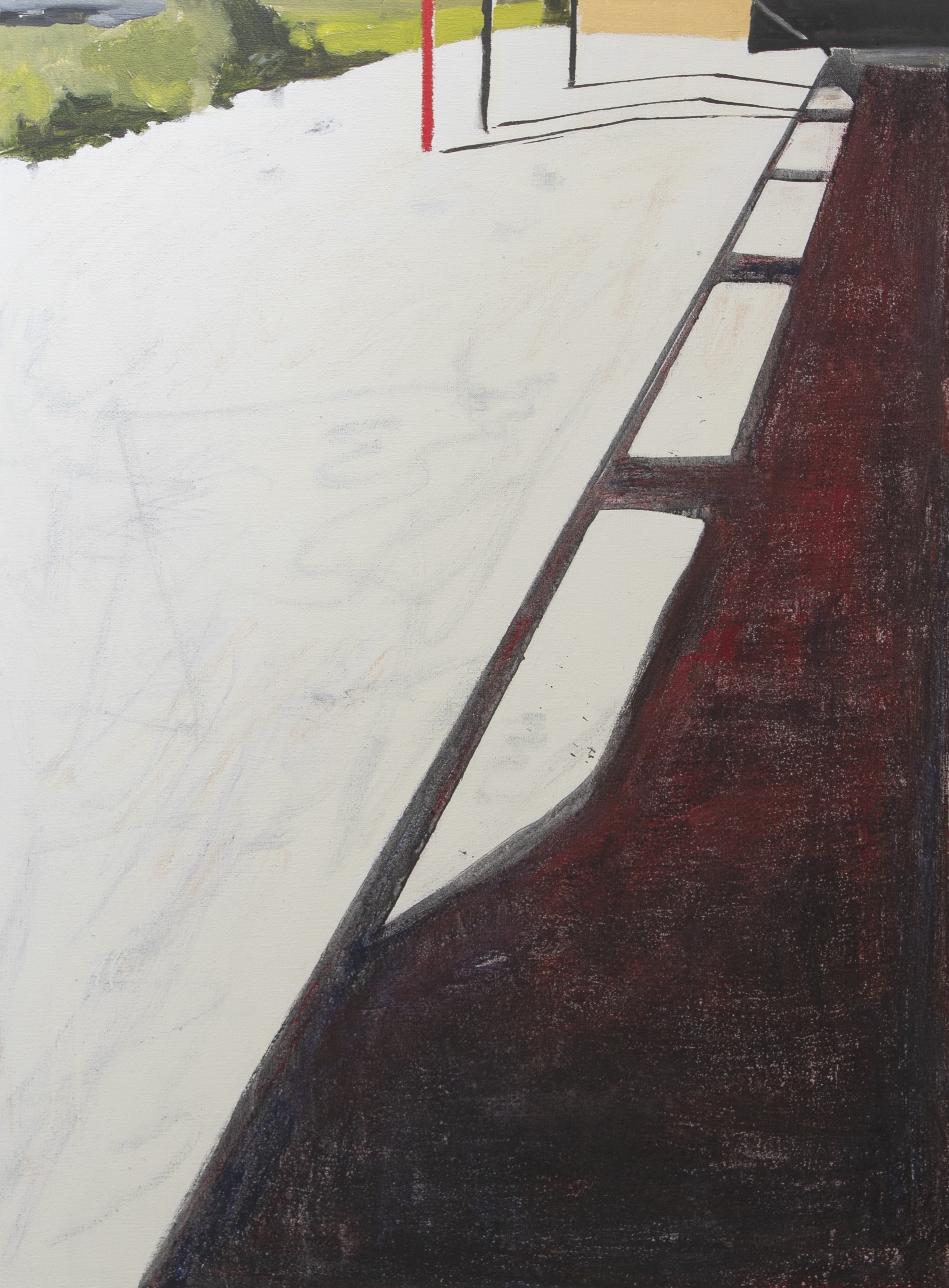 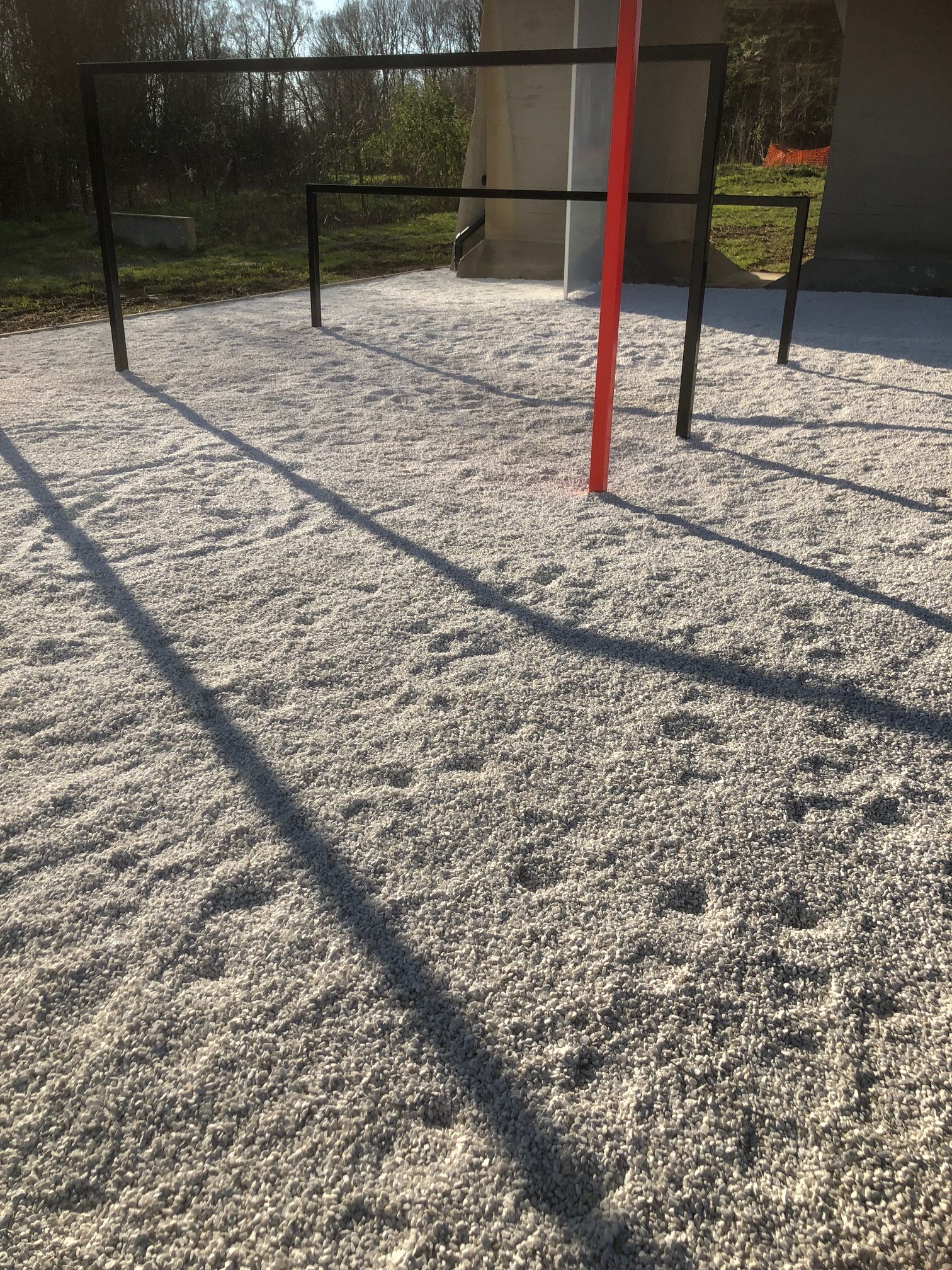 On the occasion of 450 years Pieter Bruegel, Van den Broek created his very first installation, an artwork of 45 meters long under a historic bridge in Belgium. Similar to the ‘hospital’ project, he sampled elements from one of his earliest paintings and reproduced it in real life. Taking photos of the finished project, Van den Broek painted two new canvases, titled No Sports and Carrara (Bruegel). 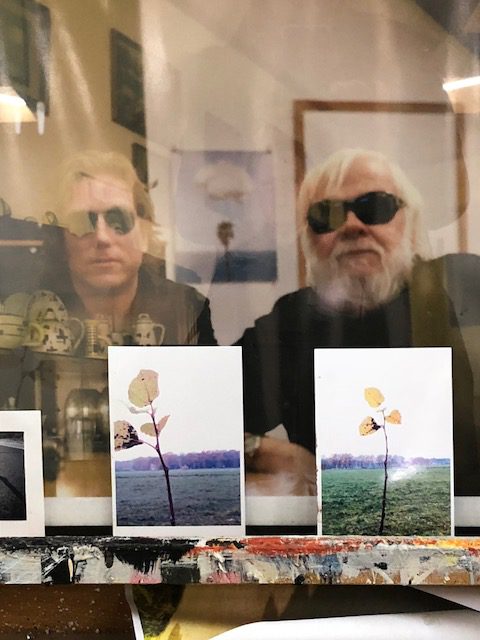 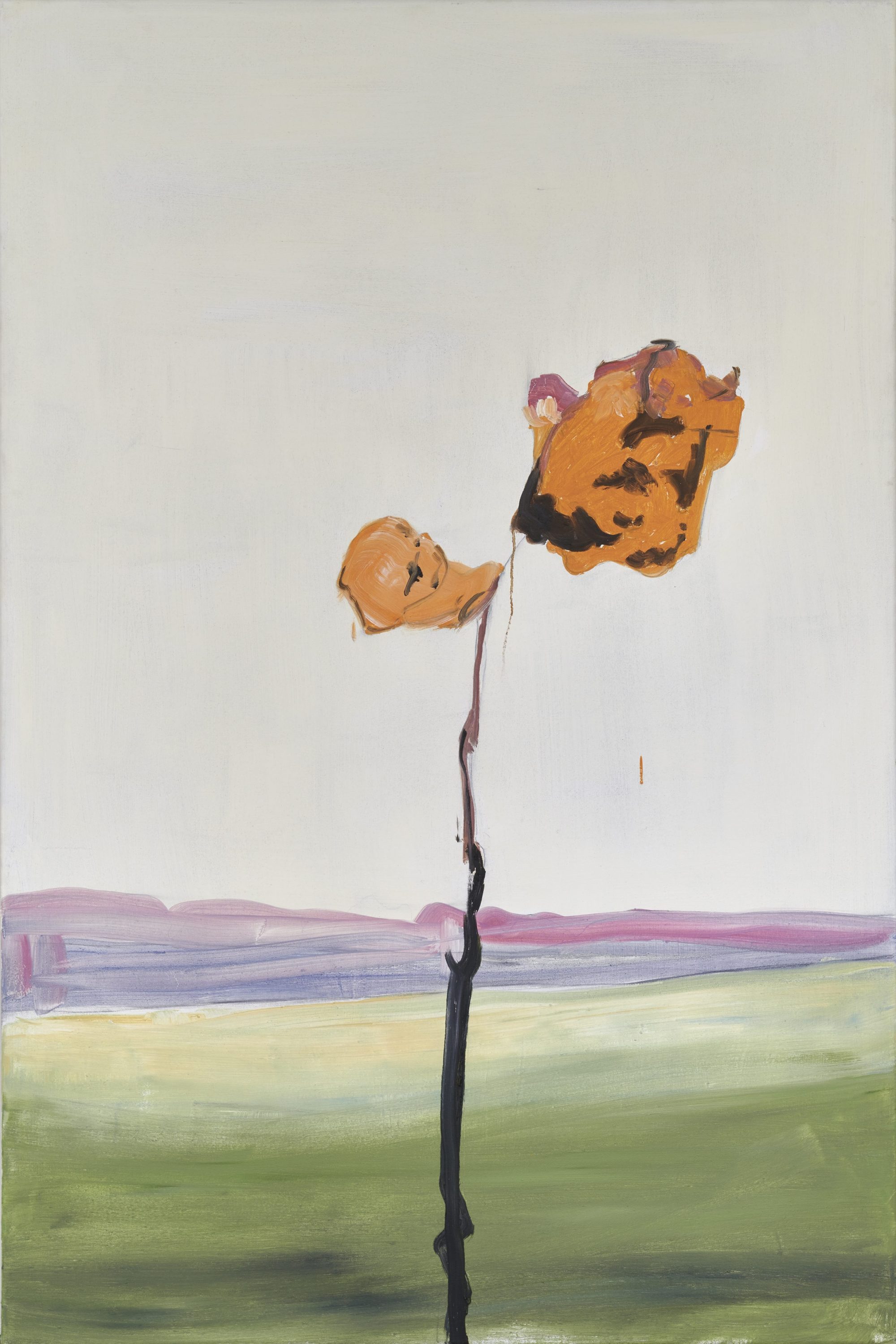 Casting Balance is one of the first local landscape paintings by Van den Broek. He found the fragile twig with autumn leaves close to his home. The work symbolizes a more difficult time for the artist and is about finding a new balance. Together with the rainbow painting, Hope #2, Koen van den Broek brings hope and light to the lives of all of us in these difficult times. 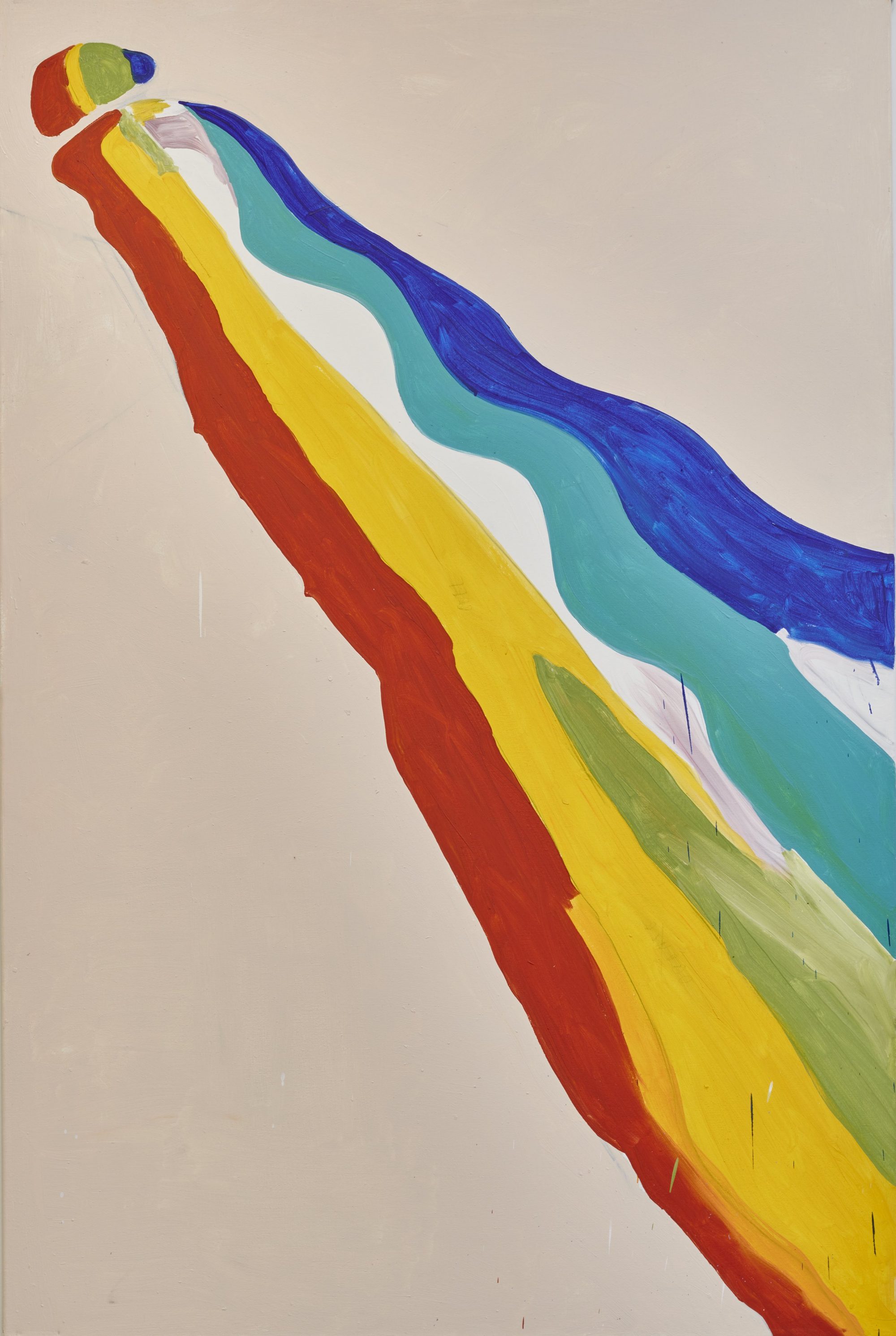 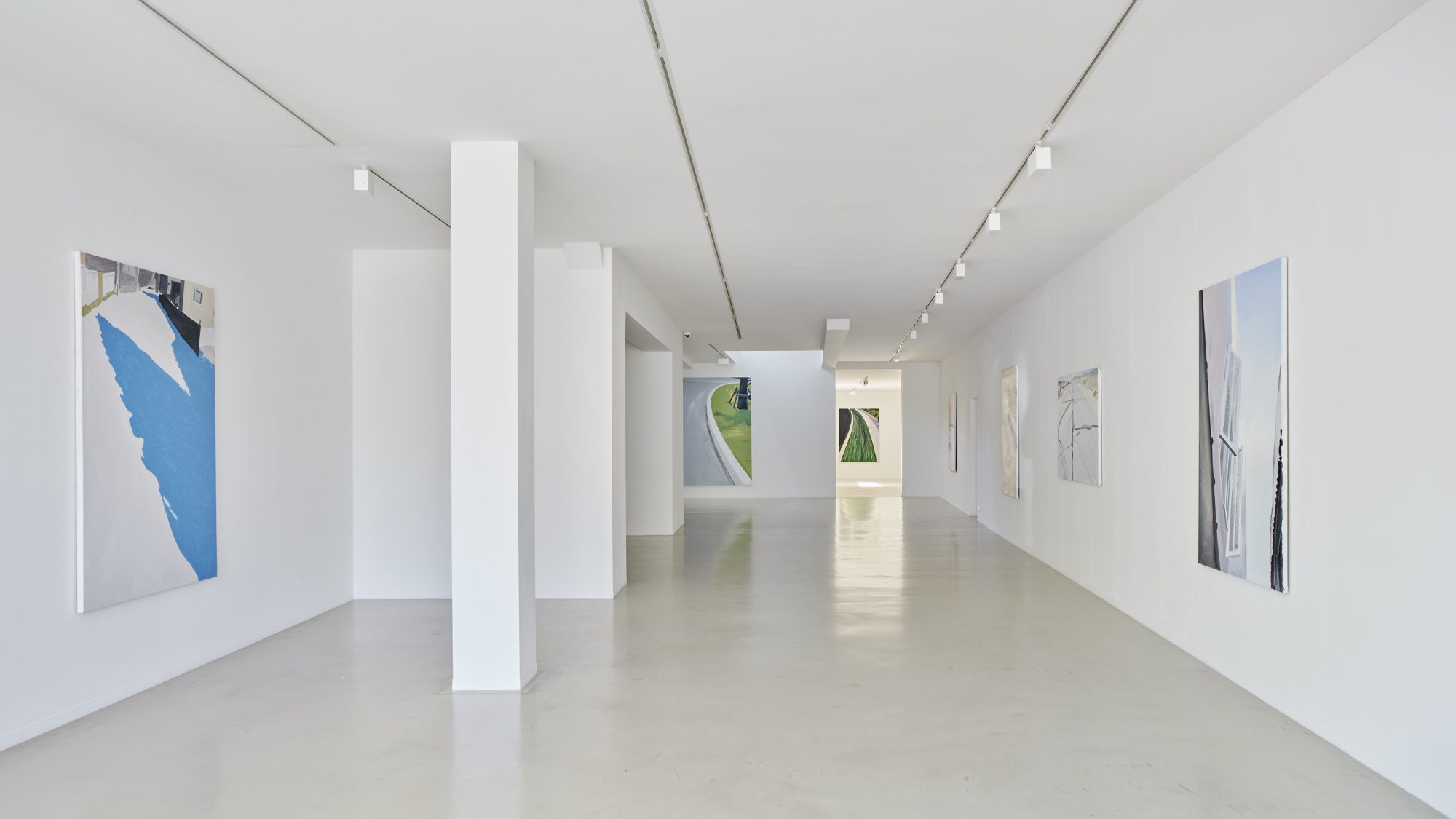 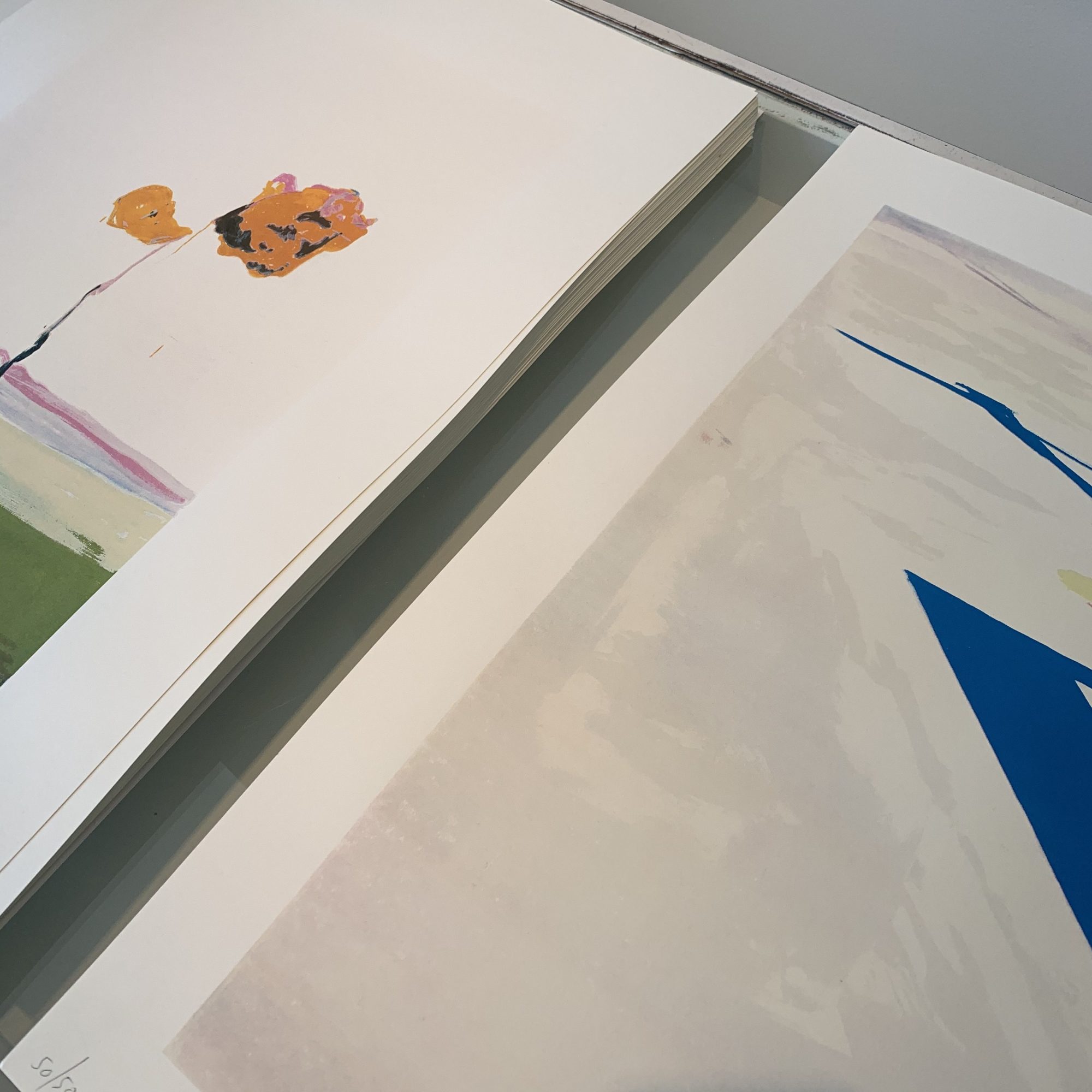 On the special occasion of Koen van den Broek’s first solo exhibition and retrospective at Galerie Ron Mandos, the artist has released two exclusive screen print editions of two imperative paintings from The Beginning. Each screen print comes as a limited edition of 50 and is priced at € 850,- (Excl. tax). We will be offering a special discount to you for the coming week only (6-13 May): € 750,- (Excl. tax). 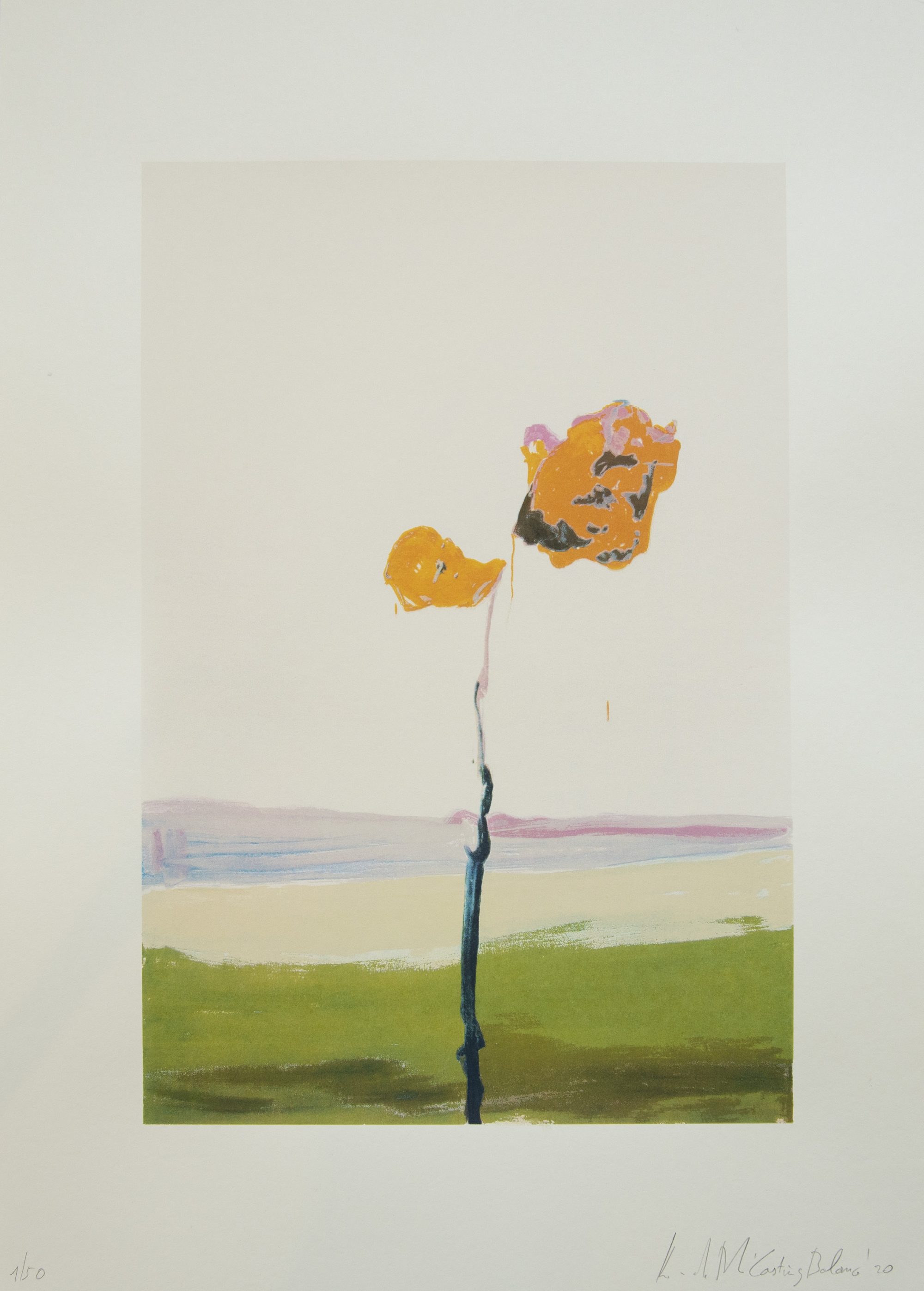 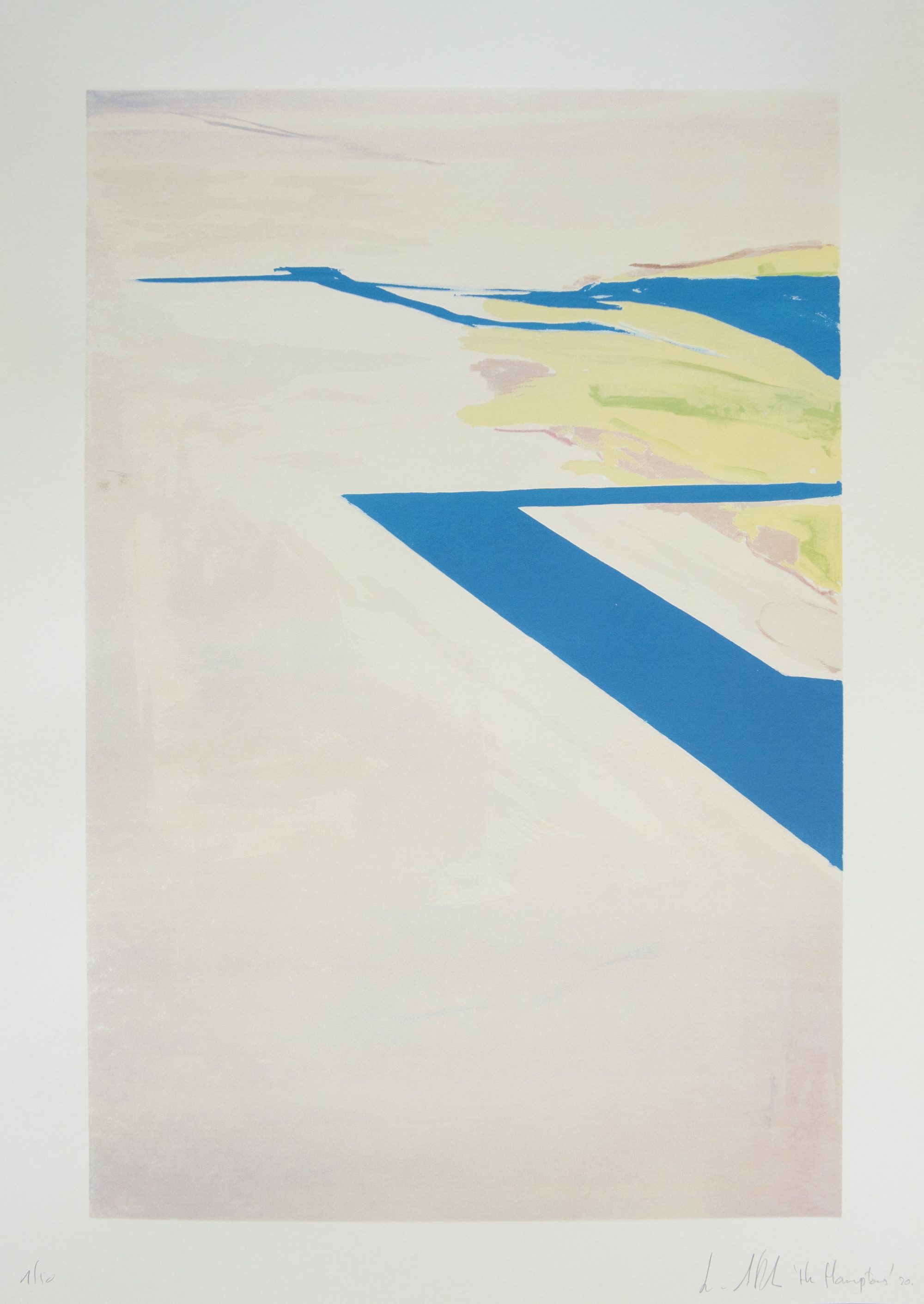 Born in 1973 in the Belgian town of Bree, Van den Broek first studied architecture and subsequently painting, initially at the Royal Academy of Antwerp and then at the Academy of Visual Arts of Breda. In his opinion, despite his painting studies, he has always remained an architect at heart. Ever since his student days, van den Broek has travelled constantly: around Europe, to the USA, Mexico and even to Korea. Always with his camera close to hand. He takes photos, a lot of photos, which all depict the same subject: the architectural interventions of man on the landscape.