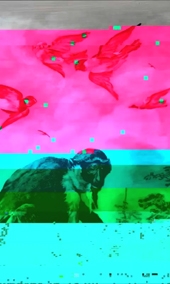 Makeup
Avoid enhancers I told her. They amplify key facial features. Contrast. Light colors on dark skin, dark colors on light. Turn your face into a sheet that reveals the weight of your body on the open mattress without disclosing to the algorithm the frame of the bed.

Bridge
Where her nose, eyes and forehead intersects. The moderate slope downwards just slightly bent. In profile already obstinate. The broad stroke of blue now crossing over from right to left. Partially obscuring her center. The algorithm clueless to her front or back.

Eyes
The algorithm would surely seek out these eyes. And so, her dyed white lock now hanging over the left. Down until just where her lips part. A third eye drawn dark in the middle where her thinking is exposed, to defy the conclusive gaze.

Masks
Why would she where a mask of anonymity when her gaze could remain fixed and enduring? The algorithm does not even come into effect when a mask of concealment is already in play. So easily spotted and undermined by the common authority.

Head
The ellipse of her head now contorted. The Modgliani features hidden underneath a paste of black running down alongside her cheekbones. Once sharp and elongated, now rounded by non-space and inconsequential pixels for the algorithm.

Asymmetry
Her left side no longer lay evenly in the scales with her right. The imbalance splitting the two apart making each something to consider. Something(s) to pronounce. The algorithm confused as to which to regard as the irrefutable narrative. The resulting schizophrenia becoming blinding. 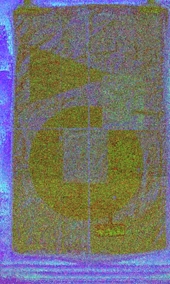 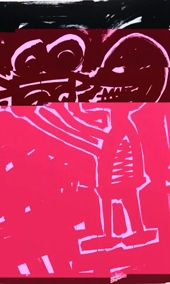 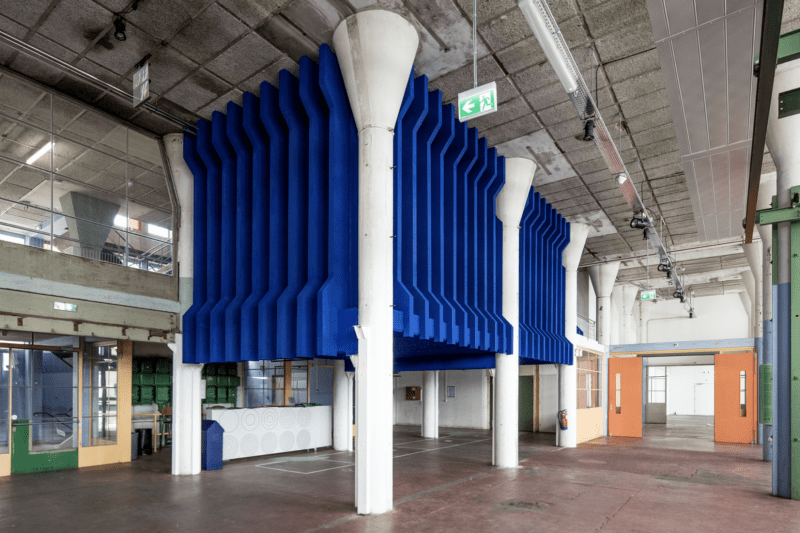