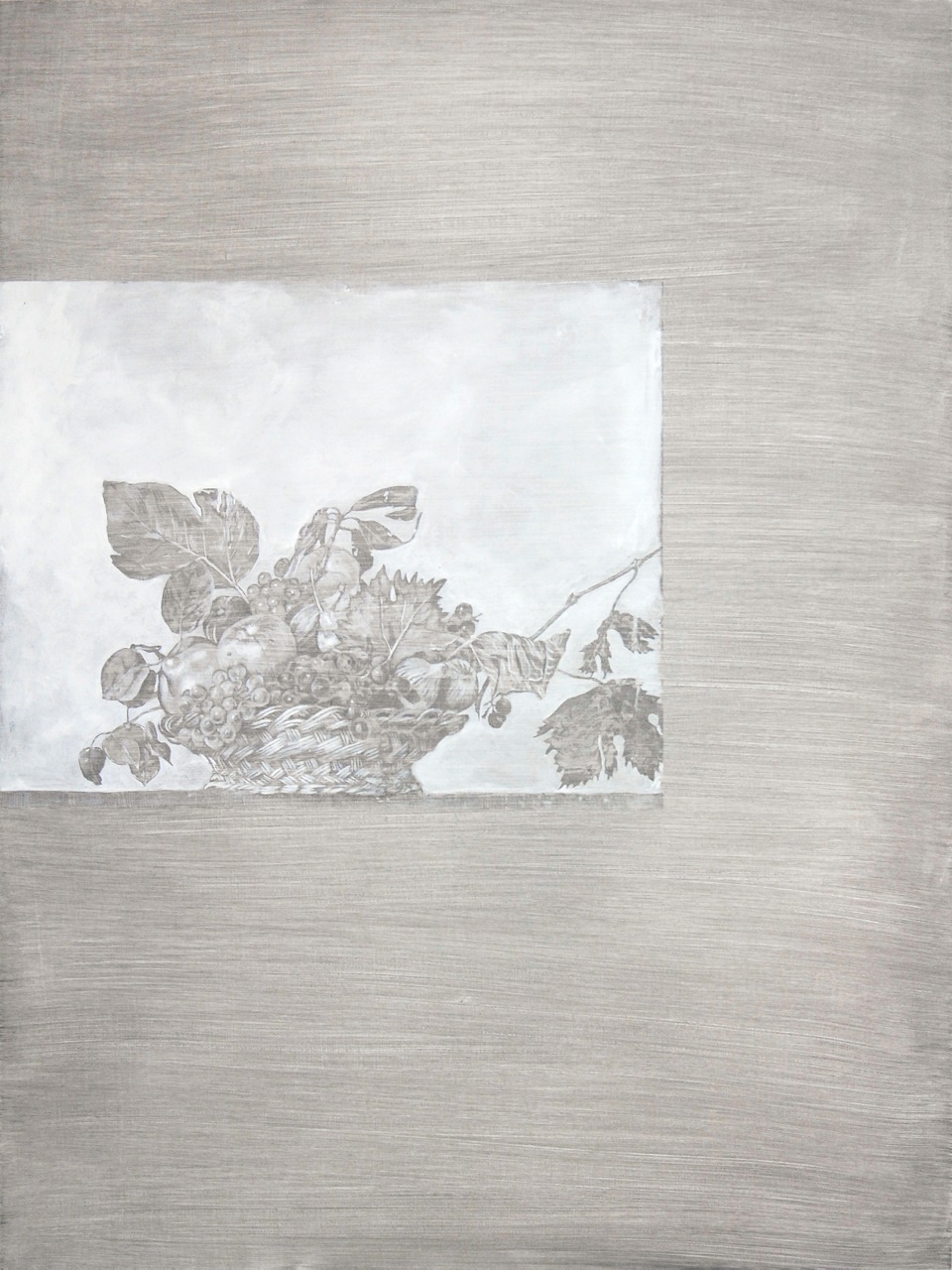 The last bus left just before sundown with his production team of thirty
on board. About twenty Filipinos and the rest Pakistani. No doubt off to housing quarters that were far from regulation. Four men bunked-up in a small room and more than a dozen sharing outdoor shower and toilet amenities. As their supervisor, he had just finished nine straight hours of putting together the frames for the works. One more day like this and the installing would start. Seventy-five floors up in the highest hotel in the world, inside the highest building in the world, five straight days of hanging: Breughel’s Bouquet by the door across from the toilet, De Barbari’s Still-life with Partridge and Gauntlets above the desk, and Caravaggio’s Basket of Fruit above the kingsize bed as the final touch. Who wouldn’t want to wake up with a gouged fowl as a first thing to consider, only to turn around and see a basket of fruit hovering over the head of their lover? He hadn’t picked them out but as always he wished he could have. No, the client had the money, yet only rarely did they have an extraordinary vision for these prefabricated rooms to be shared by thousands. Each work was meant to break the monotony of the eggshell white walls yet at the same time not be too specific or provocative. After all, these rooms preserved the most intimate secrets. Heaven forbid their image could actually influence what goes on inside. They were predestined to be themes, and so the artworks were meant to be familiar and comfortable like an old blanket, but dissociated enough so that they could never become a memory.

The one set of fluorescent lights he had left on in the back of the enormous warehouse was becoming brighter now that the red-orange glow of the sunset was fading through the matt plastic ceiling. He walked towards it and in doing so passed the hundreds of boxes that had transported each image, the parts of its frame and the glass that had the potential to immortalize. The works themselves were impressively done, he had to admit. Not so much in their individual quality – his own paintings made during his time at the academy were better than this –
but for the simple fact that each was painted by hand, which gave them a texture and a kind of material attribute. Still not great, but better than the mass amounts of cheap paper posters he had seen and installed of the very same images. He wondered if Made in China was already taken as the name for a company. The thought left him just as he approached the long table with the last hundred images that lay ready in their frames without the glass covering, just as he had asked. Standing over the table he was surprised that he was looking around impishly, and it made him giggle. With a determined smile he took the cover off the box just under

the table and got out his brushes, his tubes of paint, the plastic plate he kept after the first days lunch with on it a rich palate of bright primaries, and the old water bottle, whose turpentine vapor stung his tired eyes. Having laid it all out he pulled out his tablet with photos of the work he had painted the previous two nights. The close-up details were important to consider. He wanted to make these works specific again even provocative and that meant leaving a trace that when discovered would have them break free from their corporate surrounds. So then, hunched over and smiling, he went to work as slightly yet perversely as he possibly could. And just like the last three nights it was dawn before he knew it.