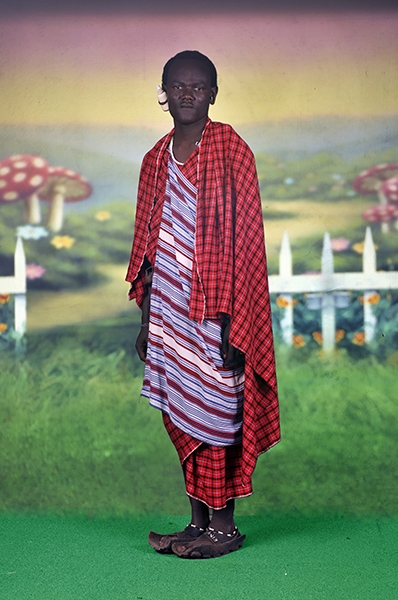 Jan Hoek (NL, 1984) inhabits terrain that borders on the controversial. He is interested in photographing people without exploiting them. His models deviate from the conventional. For example, there is Kim, a homeless, former heroin addict whom he encountered on the streets of Amsterdam: her dream of becoming a supermodel is not likely to be fulfilled. He removes the Sweet Crazies (homeless Ethiopians with mental health problems) from their context and portrays them as majestic men against colourful, noble backdrops.

Hoek finds his models on the street, through the internet and among his circle of friends. The outcome of a shoot will largely depend on what the models themselves want. How do they wish to appear? What are their hopes and dreams?

But can a photographer meet these expectations? And can photography ever be ethical? Jan Hoek provides a sharp focus on the debate. He holds up a mirror to both photographers and their audience and challenges us to take a stance. His work is straightforward but it also joins the conversation about a medium that is still fundamentally misunderstood.