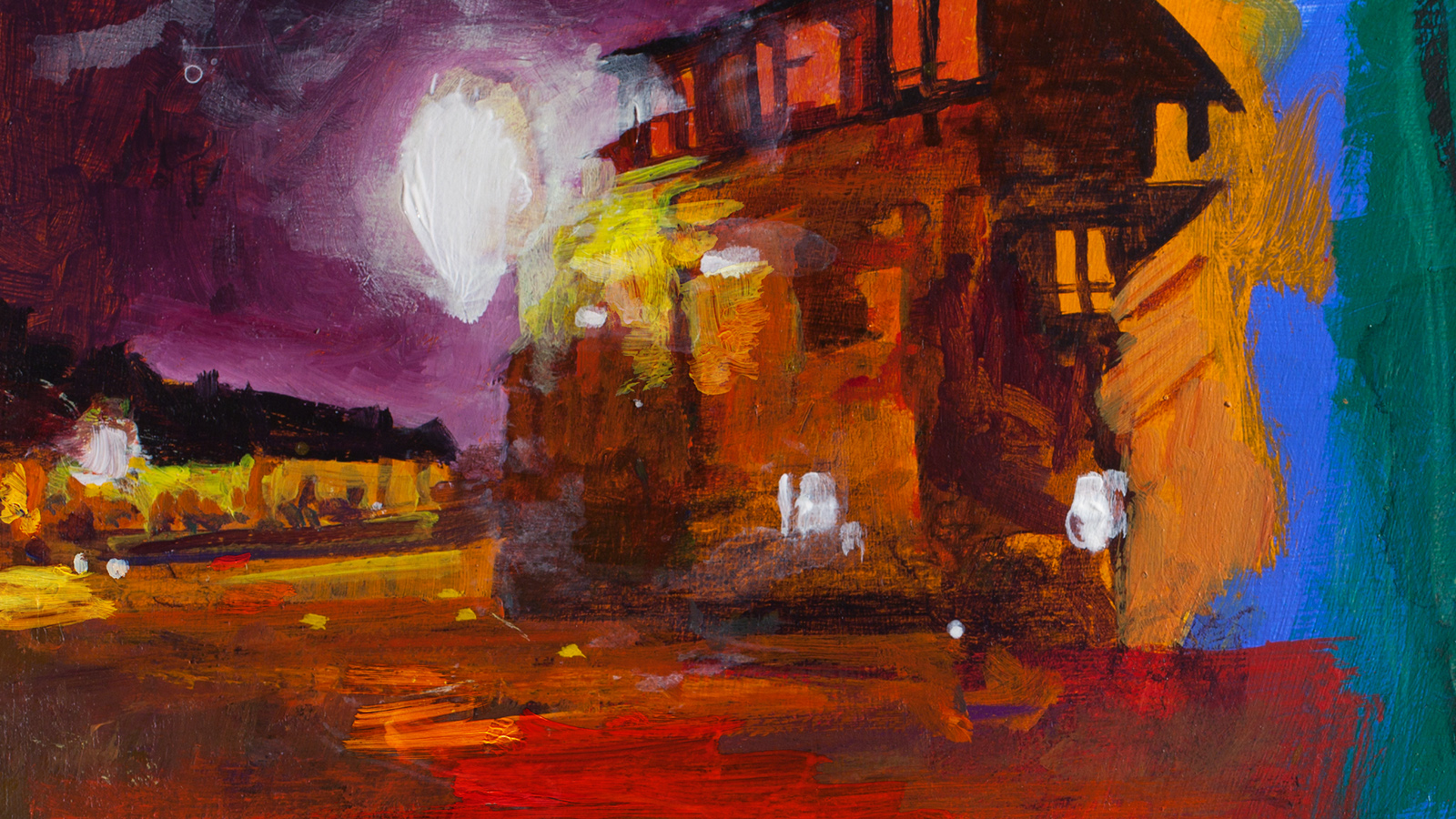 A fathomless universe of brushstrokes, lines, dots and smudges glides by in gradual metamorphosis. Jacco Olivier (b. Goes, 1972) uses video technology to change the face of painting. Something magical happens as he constructs his paintings using generous, casual brushstrokes, systematically photographing every stage of development and then transforming the photographic images into projected animations. The dynamism of the creative process itself becomes the key focus of the video artwork. This first ever museum retrospective in the Netherlands features Jacco Olivier’s work over the last decade, a period in which its figurative aspect has become steadily less obvious.

Jacco Olivier is a painter in search of new avenues. In Cycle, he offers the viewer a journey through the many layers of paint on his canvas. The earlier works are like windows in which the events of everyday life – a bus ride, a swim in the sea, or a walk in the woods – appear with elegant simplicity. At the convergence of painting and cinema, however, lies an uneasy tension, a feeling that something is about to happen, or has just happened, that is unexpected and beyond our control. Although his early works contain many realistic elements, Olivier sets no thematic agenda for the works or for their relationship to one another. They are enigmatic and experiential. The more recent the work, the more he wavers on the edge of abstraction and the more successfully he lifts the veil on the traces and decisions made by the artist in the process of painting.

In Portrait (2009), Jacco Olivier extends an age-old genre to include the dimension of time, while in Revolution (2010) he makes the infinite nature of our universe a tangible reality. The most prominent work in this show is Cycle (2012): a 14-minute animation projected in such a way that it will fill the entire basement exhibition space at the GEM, making viewers feel part of a steadily changing landscape. Visitors will find themselves, as it were, standing right inside a painting, in a narrative with no beginning or end: a continuous cycle. In fact, in the situation that Olivier seems to strive to achieve in all his work.

Jacco Olivier trained in Den Bosch and Amsterdam. His international career took off immediately after graduation, when his work was spotted by the Victoria Miro Gallery in London and soon afterwards by Marianne Boesky in New York. It has featured in the prestigious Armory Show in New York and at Art Miami. In the Netherlands, he is represented by Ron Mandos.