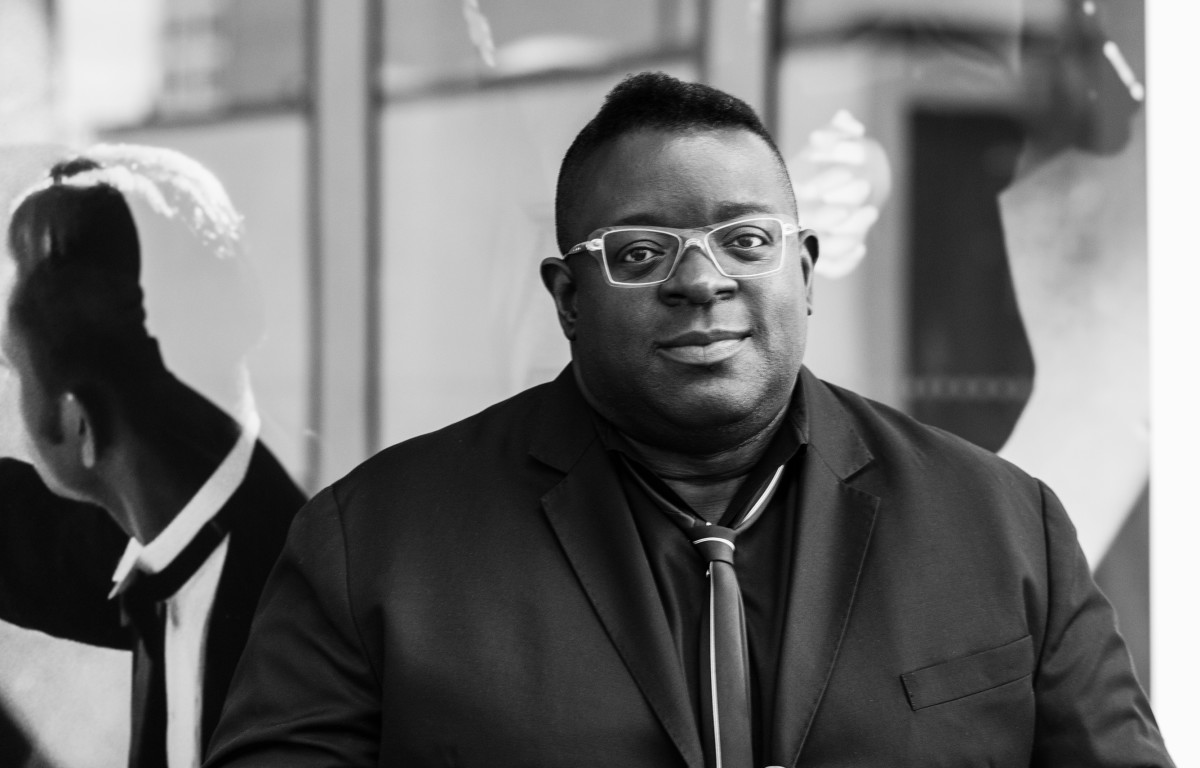 Portrait of the artist
Isaac Julien

We are happy to share with you an interview with Isaac Julien about the exhibition Lessons of the Hour. On Tuesday 31 August 2021, Isaac Julien (IJ) and Lars Been (LB), curator at Galerie Ron Mandos, came together to discuss Julien’s films and photographs in the current exhibition. You can read some excerpts of this interview below.

“Lessons of the Hour is one of the last speeches that Douglass made before his death. For me, it is very much a prophetic speech, forecasting the kind of political weather that would be felt by populations in the future.” 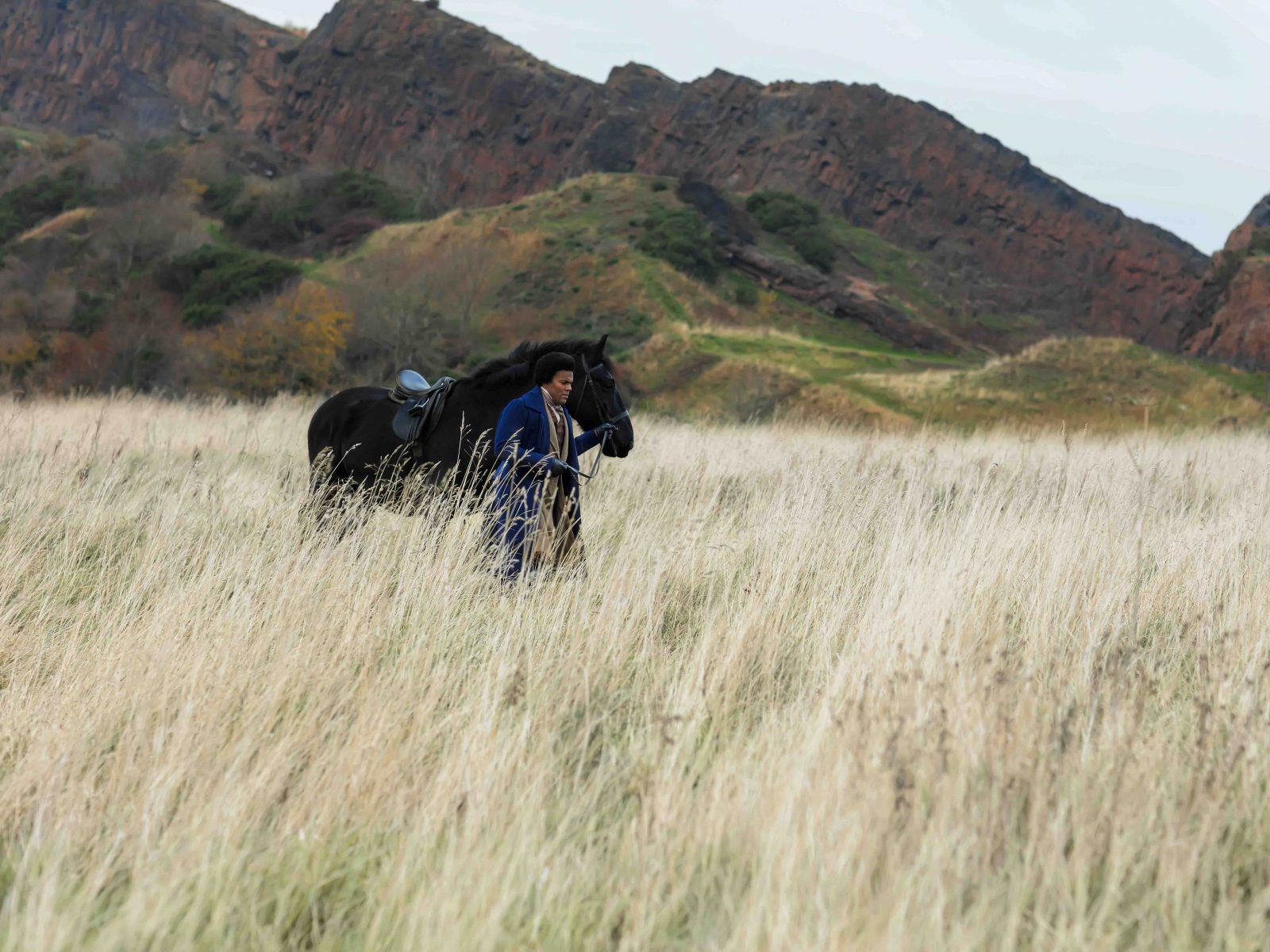 LB: From early on your work is about letting the black community speak. You started the Sankofa Film and Video Collective in 1983, which was dedicated to developing an independent black film culture in the areas of production, exhibition and audience. In Lessons of the Hour, you’ve created a poetic portrait the Afro-American freedom fighter Frederick Douglass. Were your ambitions similar to the ones you had in the 1980s?

IJ: While making Lessons of the Hour I realized that Frederick Douglass, the great orator, abolitionist, freedom fighter, and art collector, was also very much at the forefront of human rights not just for the abolitionists, but also, as a proto-feminist. He was very involved in the suffragette movement and was befriended with Susan B. Anthony, the well-known American social reformer and women’s rights activist who played a pivotal role in the women’s suffrage movement.

During the time of the writing of his last speech Lessons of the Hour, which was written just a year before his death, Douglass was very upset about the way lynching had increased in the United States. When I was making Lessons of the Hour, at the same time I was working and reflecting back on some of my earlier works. We came across a set of black and white negatives, which my archivist found, and I said, “let’s print them!” They were these images of a demonstration, which I photographed in 1982, which were part of the Who Killed Colin Roach? project. Inspired by the editing of Lessons of the Hour and the scenography of the film, I decided to print the photographs and to replicate it in a scenographic style, a collage of black and white photographs. We titled the set of photographs Lessons of the Hour (Who Killed Colin Roach? (1983), 2019. 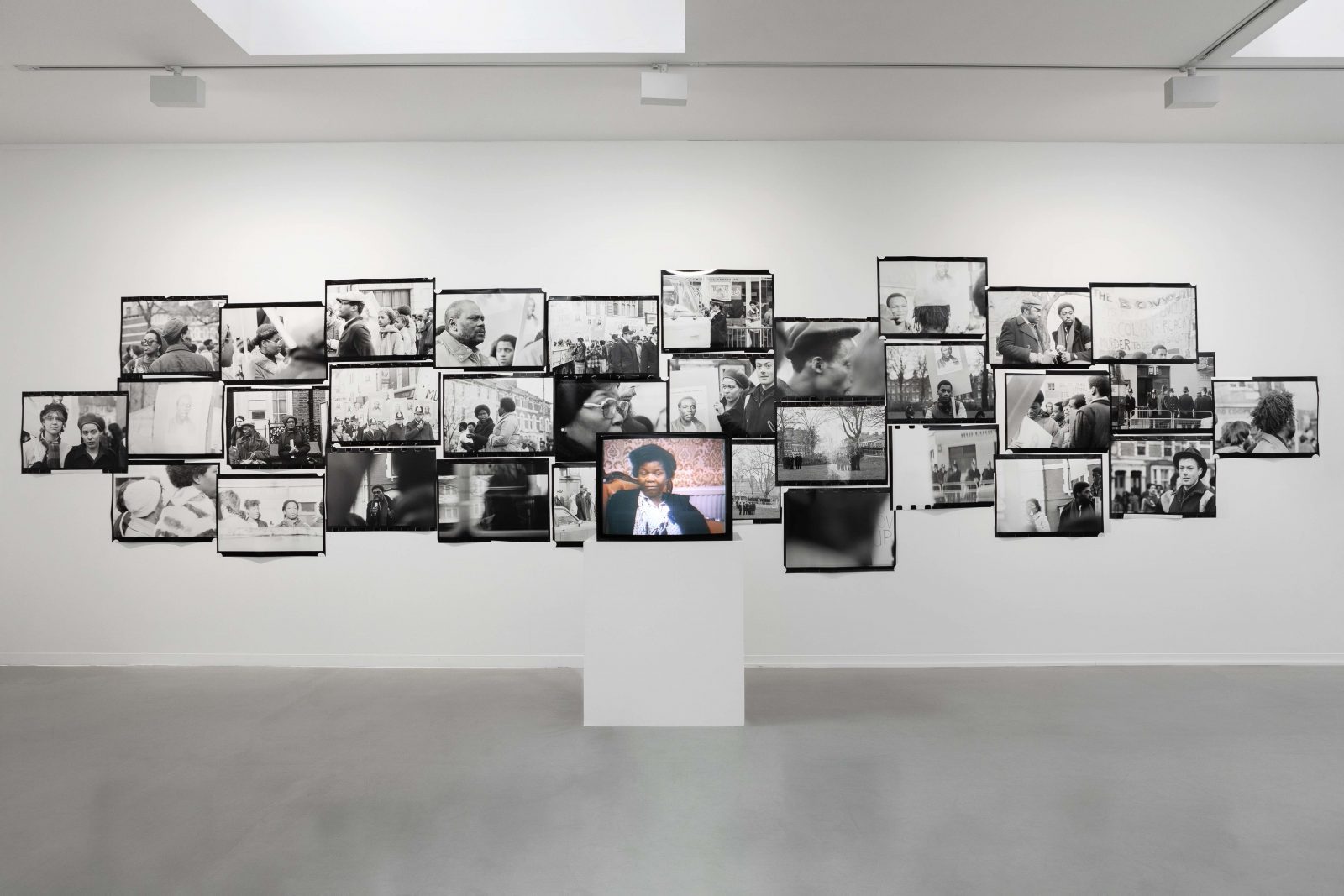 In a way, two things came together: Douglass’ fight for abolitionism and the possibility for human rights still being questioned in 2015 after the first Black Lives Matter uprisings. I think this struck a chord with my work, and then I began to think about this very early work that I made as an art student when I was forming the Sankofa Film and Video Collective. Sankofa was formed with a group of younger art students, black art students and filmmakers who came from different art schools, such as Goldsmiths, Saint Martin’s School of Art, and The Polytechnic of Central London. Basically, we came together as a young group of artists and filmmakers to make work under the umbrella of something like the Workshop Movement. This began at the inception of the making of Who Killed Colin Roach?, two years after the riots in the UK in 1981. While I was making Lessons of the Hour, there was a momentum of what I call the second uprising of Black Lives Matter. I felt that there was a surge beginning. That’s how the connection between Who Killed Colin Roach? and Lessons of the Hour came about. I even thought about having images in the actual work of Lessons of the Hour from Who Killed Colin Roach?, as photographic still images in the work. However, I decided to concentrate instead on the FBI drone surveillance to see what would be the 21st century representation of those uprisings; the kind of technology of photography that was being used today as opposed to the one I was using that in 1982. 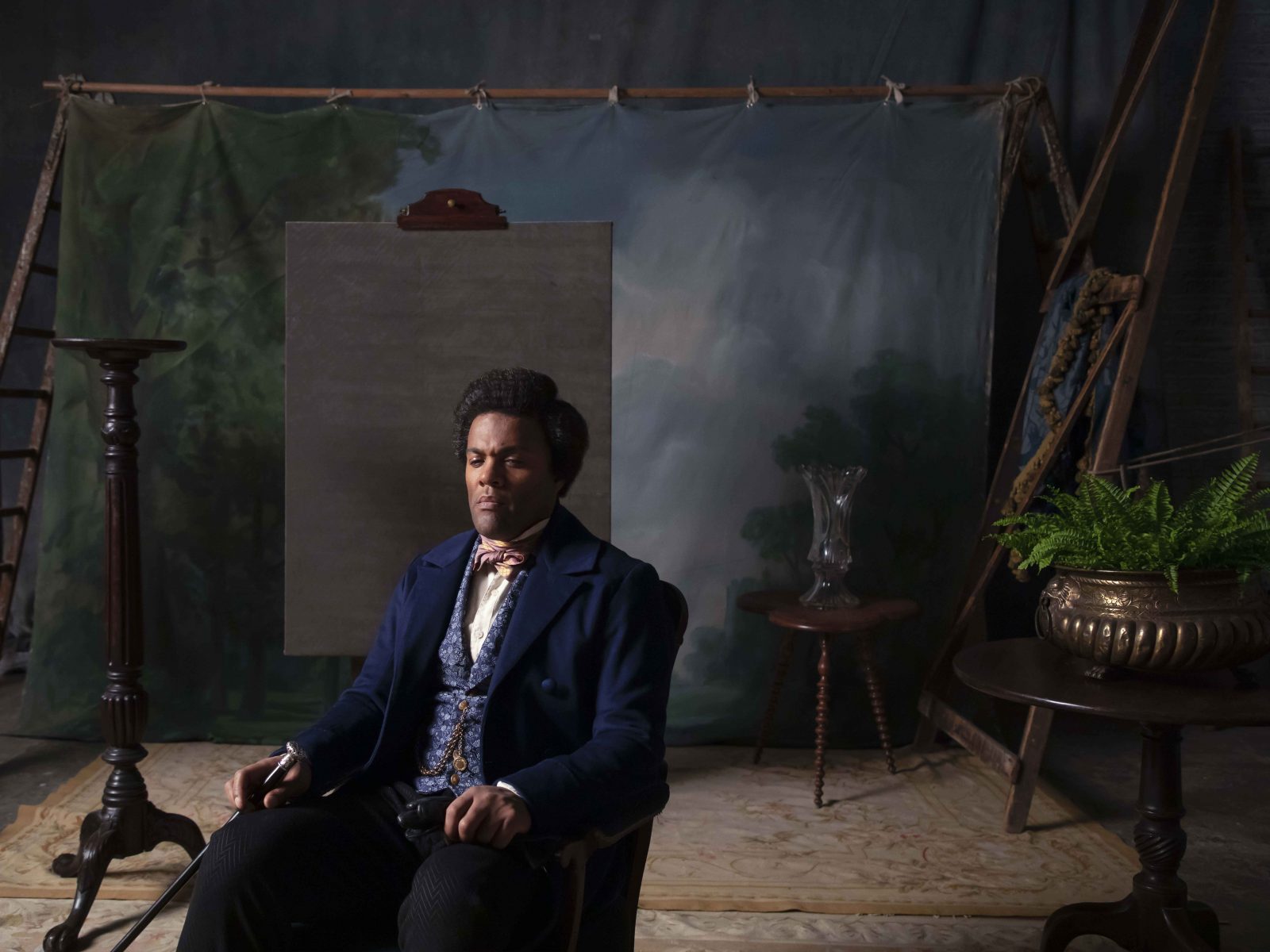 LB: What does the title Lessons of the Hour mean to you?

IJ: Lessons of the Hour is one of the last speeches that Douglass made before his death. For me, it is very much a prophetic speech, forecasting the kind of political weather that would be felt by populations in the future. I think, in a prophetic sense, we are still able to learn from those lessons, which Frederick Douglass was trying to communicate to us in his speech. It was a speech about the brutality of lynching as a human crime. I think that the question of policing and the injustices still being experienced by the Black communities at the hands of the police are an example of that kind of brutality. Obviously, Frederick Douglass knew that this is an ongoing issue and that we need to do better, and how that is going to be achieved is still a question.

“I think, in a prophetic sense, we are still able to learn from those lessons, which Frederick Douglass was trying to communicate to us in his speech. It was a speech about the brutality of lynching as a human crime. I think that the question of policing and the injustices still being experienced by the Black communities at the hands of the police are an example of that kind of brutality. Obviously, Frederick Douglass knew that this is an ongoing issue and that we need to do better, and how that is going to be achieved is still a question.”  – Isaac Julien

LB: Can you tell me more about your relationship to Frederick Douglass? When was the first time you read about him and what inspired you?

IJ: One of the things I was most inspired about in relation to Frederick Douglass was that not only was he someone who had been a slave, someone who became a fugitive slave, he was also someone who lived in Scotland, which I didn’t know at the time. For almost two years he gave over three hundred speeches in different parts of Europe. His book Narrative of the Life of Frederick Douglass, an American Slave was translated into German. It was so popular that as a fugitive slave he had to leave the United States, because he was really afraid of becoming re-enslaved. So, to protect his family and himself he moved to Scotland. After two years he returned back from Scotland as a free man. After giving hundreds of speeches people were so impressed by his oratory, by the fact that he was so well versed in the Shakespearian language.

He was a master orator and he was at the forefront of abolitionism. He was also an art collector. In his house in Washington D.C. he had several portraits, he owned a reproduction of the Greek Slave and had other artifacts. And of course, he was the most photographed man of the nineteenth century. He wrote philosophically about the aesthetics of photography, theorizing questions about the aura forty years before Walter Benjamin. I think that all these different aspects make him fascinating. Apart from his great writing there are all these other aspects that make him an incredibly amazing, interesting individual.

LB: Poetry plays an important role within your practice. Your multi-screen video presentations are an important technique to juxtapose images against each other, allowing a more poetic third meaning to emerge. We see the same in the combination of archival images and your staged photographs in the Lina Bo Bardi structure in the gallery, as well as the juxtaposition of FBI footage of Black Lives Matter protests with the scene of Douglass as orator in his nineteenth century clothes.

Moreover, the titles of the photographs refer to important moments or things in the life of Frederick Douglass, such as the newspaper The North Star he published together with his wife Ann Murray Douglass. There are also art historical references within the photographs and the film. At one point in the film, the character of Frederick Douglass stands on top of a rock

looking away into the distance, reminding us of Caspar David Friedrich’s painting Wanderer above the sea of fog. In The North Star you have also referenced Daumier’s The First Class Carriage.

Can you tell me more about these art historical references and what inspired the staging of the photographs and the costumes you used?

IJ: Lately, I’ve been really interested in art history, whether it’s a more Modernist version of art history through the work of the Italian Brazilian architect Lina Bo Bardi or whether we’re going back into the 19th century in the case of Frederick Douglass. At the time, I was looking at a number of works from the period such as the carriage and other works in the National Portrait Gallery, National Gallery, and the Royal Academy. I was really looking at the lighting and the use of paint colour, saturation, all of those things. When I’m making a work, I tend to work with a costume designer and an art director, and we all go to the museum and study works of art. I’m trying to bring that into the imagining of the work. 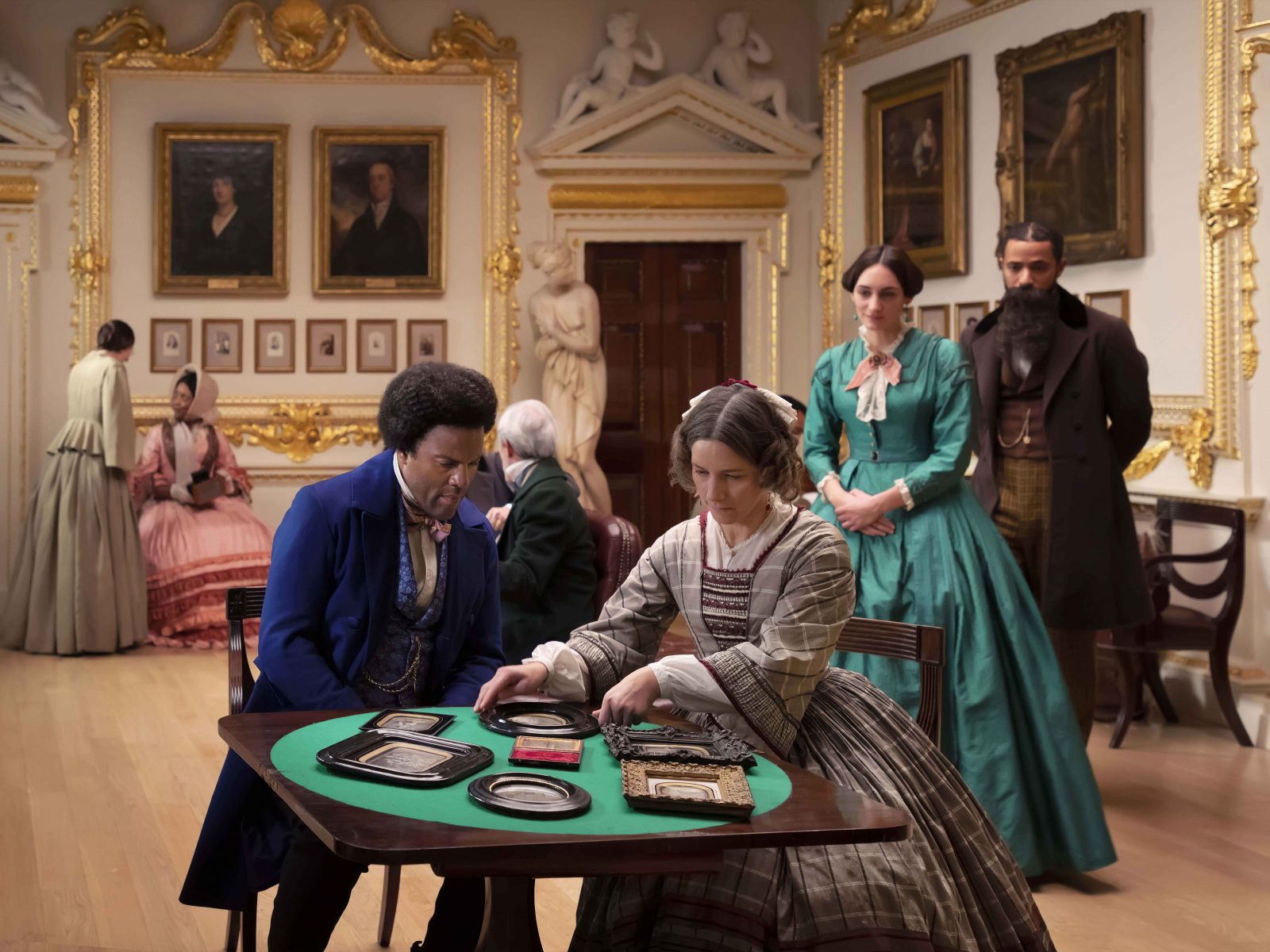 Click on the button below to learn more about the exhibition. 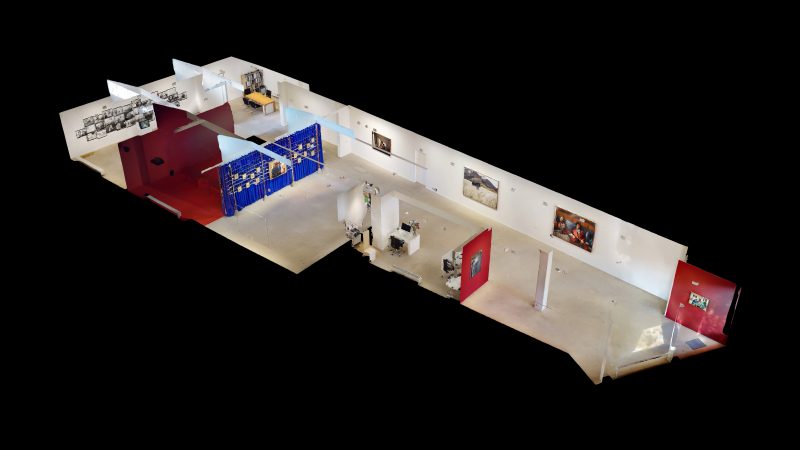 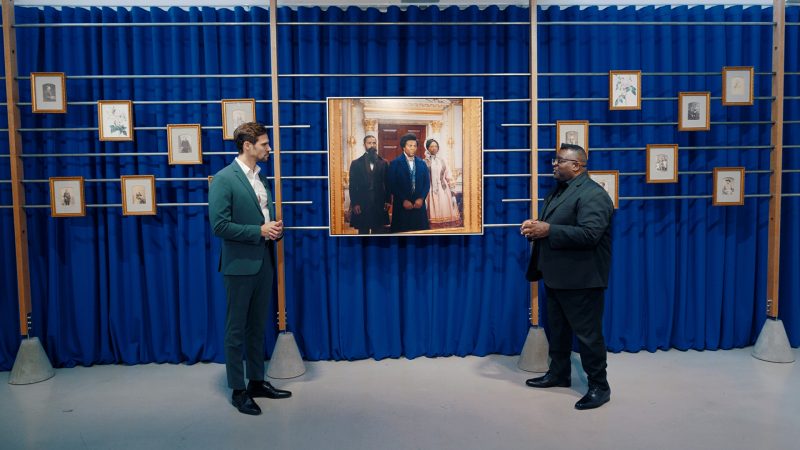 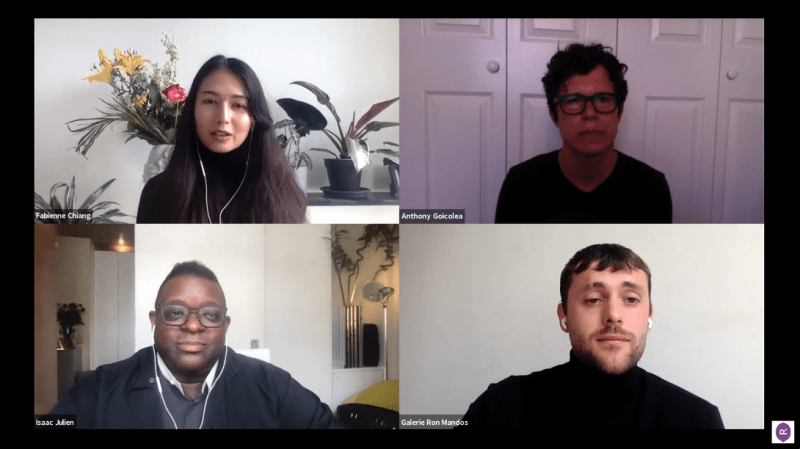 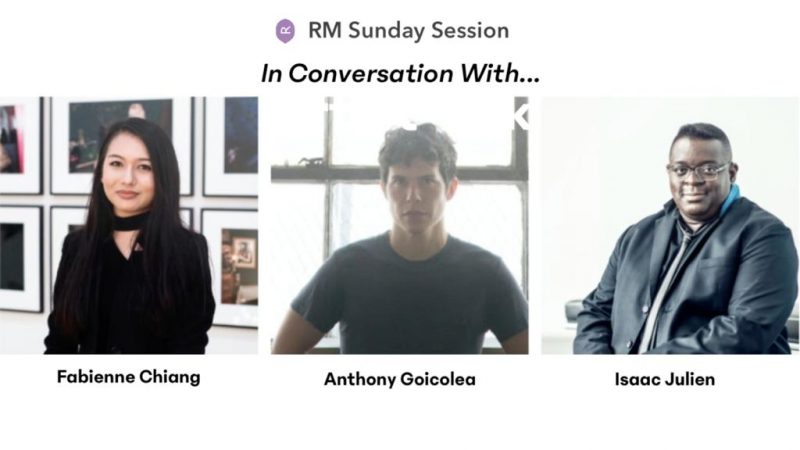 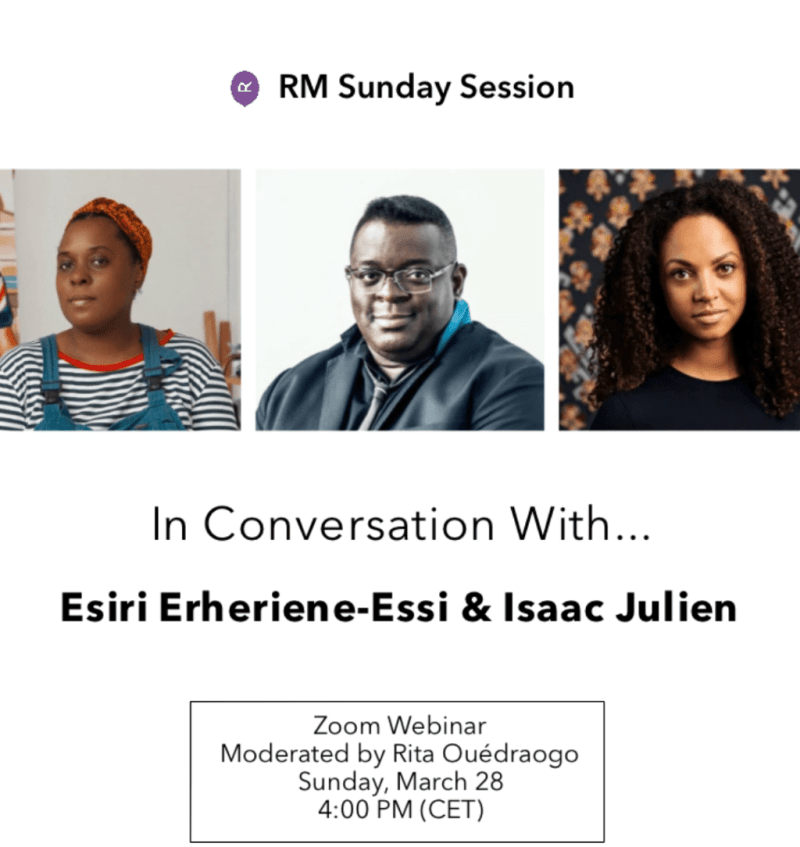 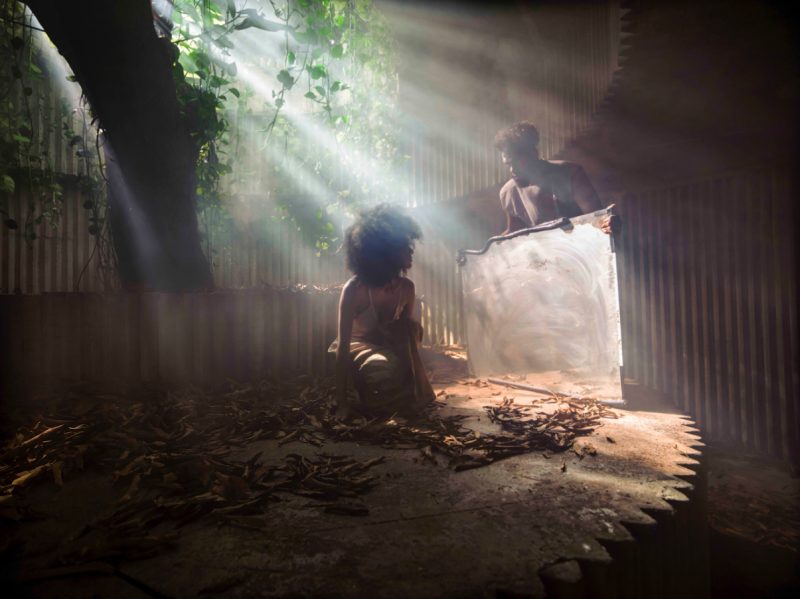