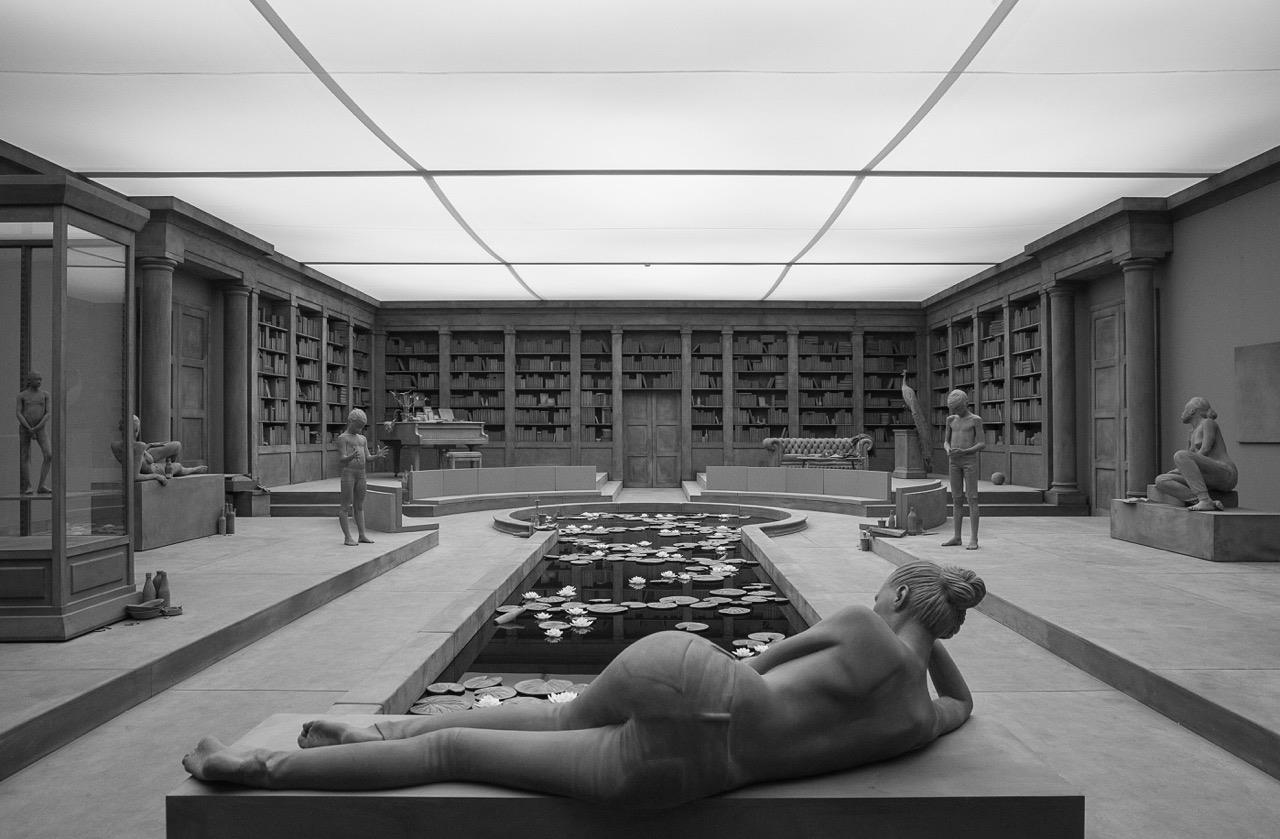 First introduced at Art Basel in 2000, Unlimited offers galleries the space to showcase large installations — be they sculptures, wall paintings, video projections, or performances — that could not be exhibited in a regular fair booth.

Despite the vast size of the hall housing the exhibition, you had to elbow through the crowds to move around the VIP opening on Monday night. Curator Gianni Jetzer had packed the space with 88 projects, the most to date, and some — such as Ai Weiwei’s “White House,” Chiharu Shiota’s “Accumulation: Searching for Destination” and Tony Oursler’s 2014 “Template/Varient/Friend/Stranger” consisting of photographic visages punctured by video screens displaying eyes and mouths — would have benefited from a bit of extra space to allow viewers to take them in fully.

Along with contemporary works, Unlimited features significant historical works, including Frank Stella’s 1970 “Stretch Variation I,” Robert Grosvenor’s 1966 “Untitled (yellow),” Christo’s “Four Corner Store Front,” and Italian artist Emilio Isgrò’s 1999 “Encyclopedia Britannica,” composed of 24 volumes of the famous encyclopedia. There were also a few intriguing performances, such as Davide Balula’s “Mimed Sculptures,” in which mimes wearing pink gloves molded the air with their hands into the shapes of historically important sculptures (or so we were told), and a work by William Pope.L in which a white gorilla wandered around the fair carrying a white umbrella (a necessary accessory, given the rain outside).

Among the installations that ARTINFO picked as among the most memorable this year were:

- Hans Op de Beeck’s “The Collector’s House,” an immersive, gray-plaster piece that invites viewers to enter the Pompeii-like petrified home of an aesthete, complete with a grand piano in the lounge, a library full of books, and beautiful Roman sculptures surrounding a lotus pond.

- Chiharu Shiota’s “Accumulation: Searching for Destination,” comprising more than a hundred vintage suitcases hanging from red ropes at different heights above the floor.

- Elmgreen & Dragset’s “Secondar,” a recreation of two opposing auction rooms containing neither auctioneers nor artworks but filled instead with the relentless calls of two auctioneers, creating a feeling of oppression that would send even the most die-hard collectors scurrying.

- Four large canvases with wooden pieces by Koji Enokura that were first exhibited at the 38th Venice Biennale in 1978, when the theme was//with the theme “From Nature to Art, From Art to Nature.”

- James Rosenquist’s 1982 “Four New Clear Women,” a large composition based on advertising imagery, which is splintered and interlaced to show two scenes at once. 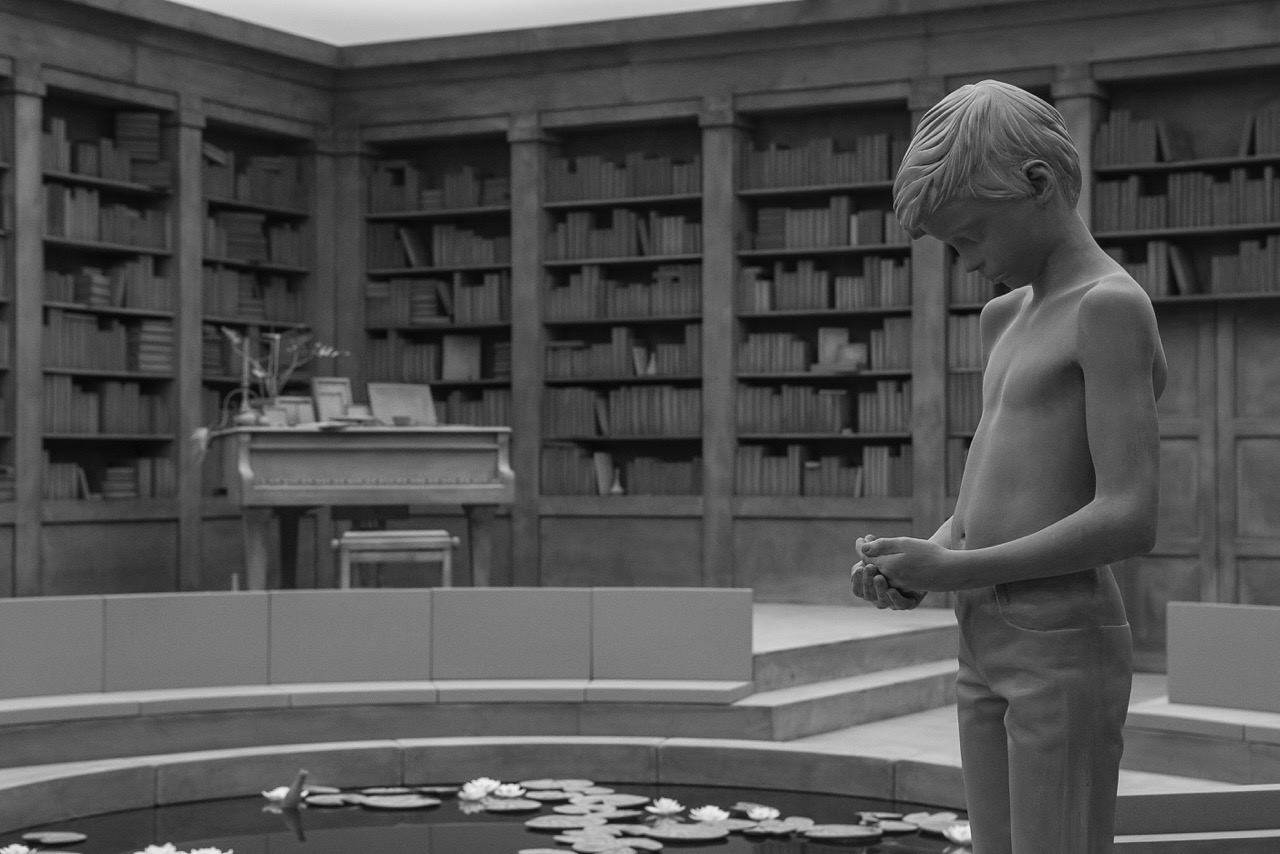 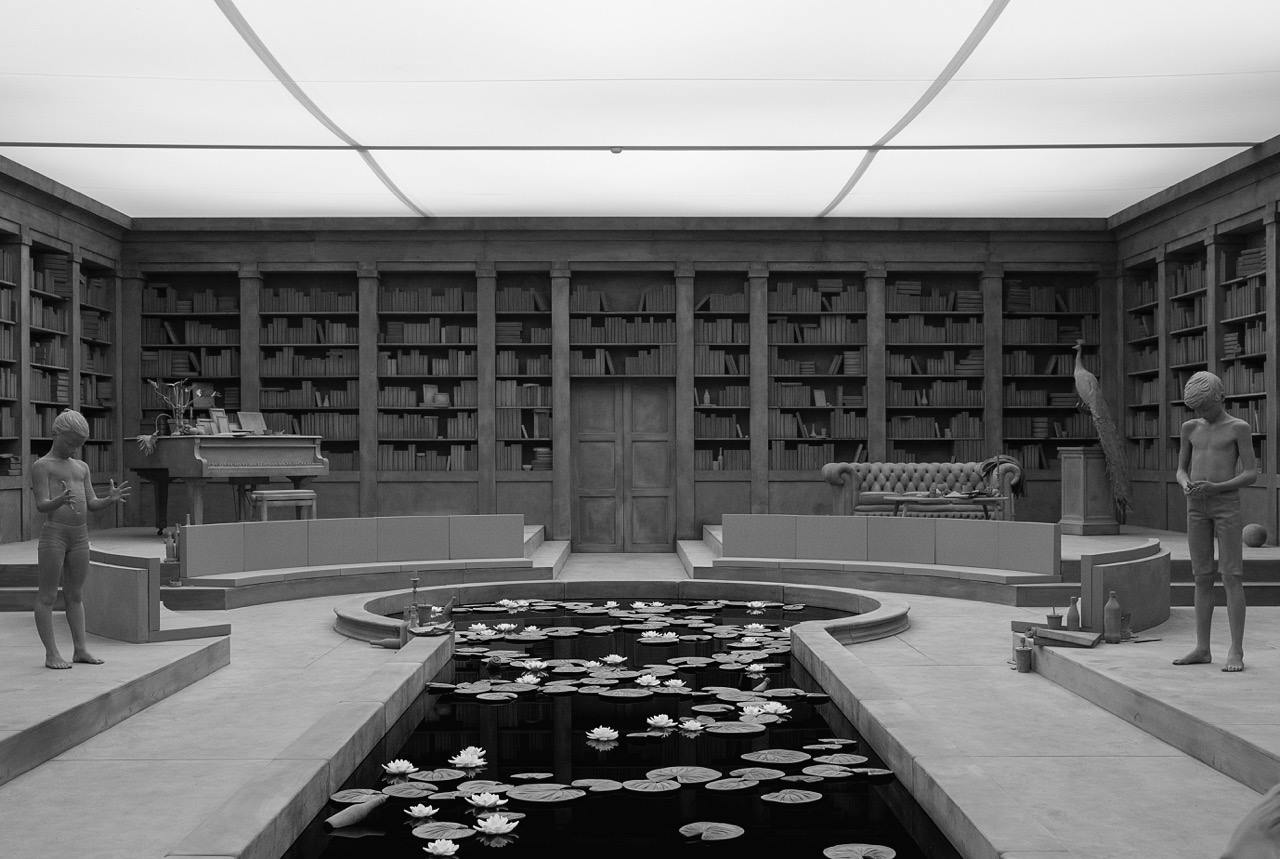 Hans Op de Beeck (Be) produces large installations, sculptures, films, drawings, paintings, photographs and texts. His work is a reflection on our complex society and the universal questions of meaning and mortality that resonate within it.

He regards man as a being who stages the world around him in a tragi-comic way. Above all, Op de Beeck is keen to stimulate the viewers’ senses, and invite them to really experience the image. He seeks to create a form of visual fiction that delivers a moment of wonder, silence and introspection.

Hans Op de Beeck was born in Turnhout in 1969. He lives and works in Brussels and Gooik, Belgium. Op de Beeck has shown his work extensively in solo and group exhibitions around the world.