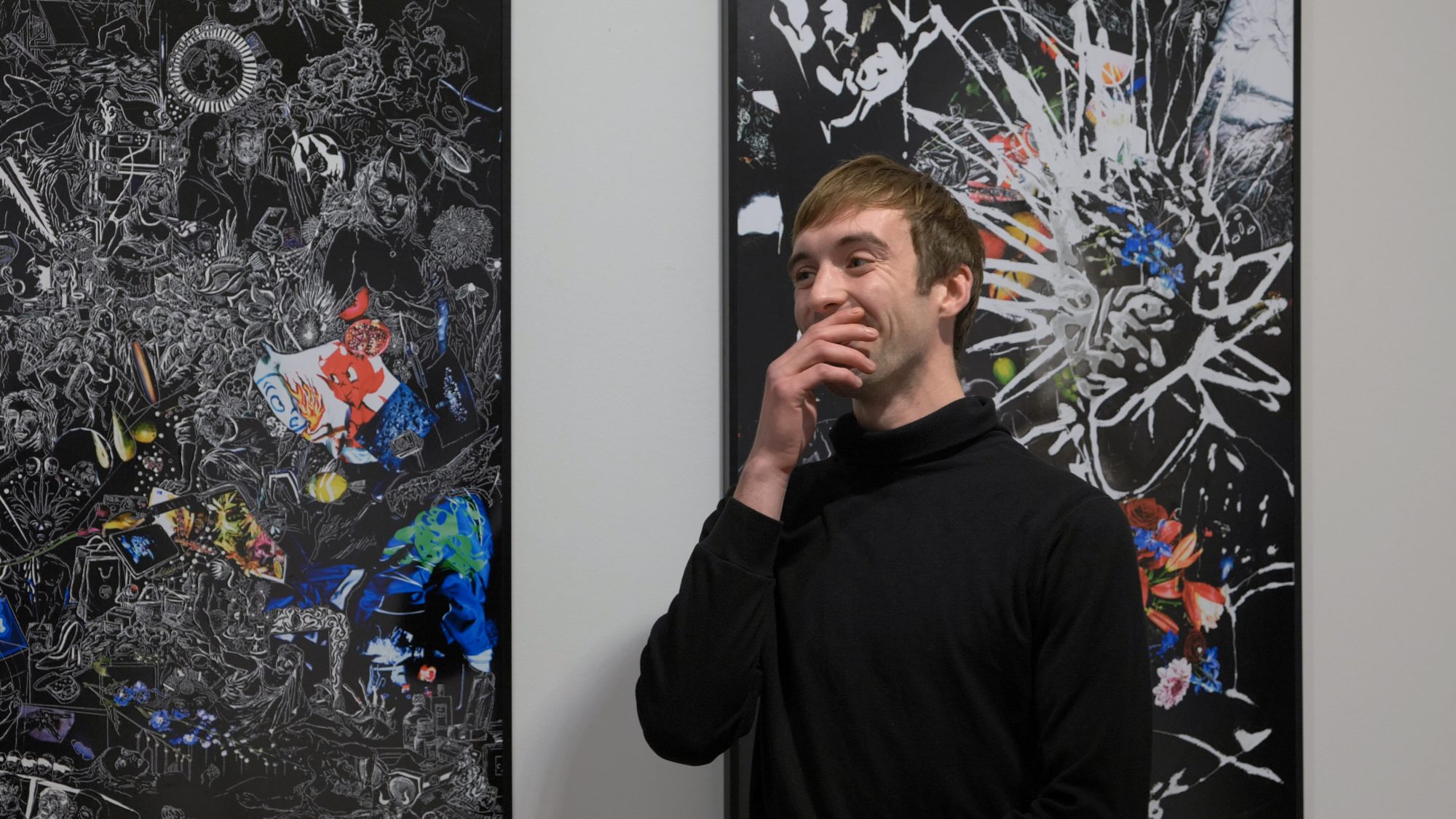 “I am very happy that Gallery Ron Mandos has opened their doors to young artists for the 13th year in a row with their Best of Graduates presentation, assisted in this by curator Radek Vana. For many artists, it has been their launch into the commercial art world that I think is of great value. I love to see that different parties within the arts join forces and for that reason, I would also like to express my appreciation for the collaboration with Museum Voorlinden and the Ron Mandos Young Blood Foundation. It is good to see we are all investing in young artists.” – Eelco van der Lingen | Director of the Mondriaan Fund ⁠

Tasio Bidegain (1996) was born in Menorca and grew up in Paris. Here he started to autonomously develop several independent artistic practices like painting, drawing, video, or photography, as a quotidian way to react and reflect on his surroundings. This year he graduated from the Gerrit Rietveld Academy.⁠

Curious and eager to complexify his graphical language, he specialized himself in photography. Tasio continuously learned as many analog and digital techniques of image-making as he could, ranging from printmaking (lithography, etching…) to video installation, ceramics, and textile printing. Currently, he works on merging those practices together into crafted images that can carry complex narratives. ⁠

Ruben Raven (1995) is a multidisciplinary artist whose installations of paintings, ceramic and mechanical designs observe how relationships between humans, objects and material unfold. He channels these interconnections into collections that exhibit behaviors and questions people’s unconscious creative capacity.⁠⠀
⁠
The collection slowly grows into a fantasy around these objects: their potential history, present, and future. The installation forms a layered landscape of their afterlife in which they evolve from casual souvenirs into treasures. This project invites the viewer to reconsider the implications of value that derive from the different actions attached to the objects. It questions our inclination to decide the fate of things from the moment we own them to the moment we disregard them.⁠⠀ 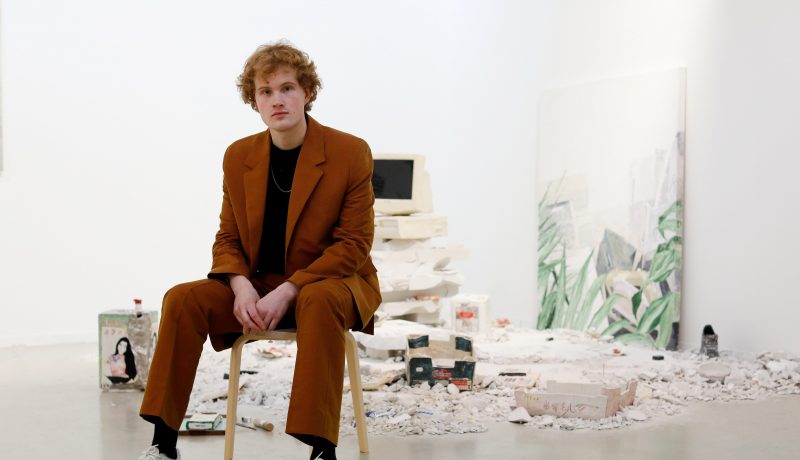