Galerie Ron Mandos is proud to present Glitches - Troika’s first exhibition at the gallery. Troika is a collaborative contemporary art practice formed in 2003 by Eva Rucki (b. 1976, Germany), Conny Freyer (b. 1976, Germany) and Sebastien Noel (b. 1977, France).

Glitches bringsTroika’s site-specific installation Limits of a Known Territory (2015)to Europe for the first time, to be shown alongside new and recent bodies of work. The exhibited works stem from Troika’s continuing interest in reductionism and emergence. Incorporating various methods of, and allusions to ‘separation’, the works collectively investigate the deviation from a singular interpretation of the world, and explore, through various physical shifts, the division between subjective point of view and objective truth. The works act as a filter by which reality is a simulation and technology is the lens through which we experience and interpret another, yet equally true, version of the world.

In Troika’s large-scale installation Limits of a Known Territory, visitors are invited to navigate a space flooded with water. Streams of water drip from the ceiling, behaving in unfamiliar and illogical ways: some are frozen in time, others run slower, faster or in reverse. The unprecedented behaviour of the water-drops interrupt our conventionalised, linear engagement with time. By negating the natural and independent momentum of water, breaking streams into distinct, disparate instances, Limits of a Known Territory references the constructed, fragmentary authenticity which now defines our age.

Shown in series for the first time, Horizons (2017) are part of Troika’s progression of black ink works, in which water is applied to black ink, until the black disappears. Creating a tide-like division on the page, the point of departure for each of the two vertical horizons is a black line drawn on either side of the paper. Once immersed in water, each line stretches towards the centre, emerging as progressively vibrant colour spectrums. In their dualistic nature, the artworks are therefore not what they seem: they are both the various colours that constitute the absolute black and the separated colours of its intrinsic makeup.

All Colours White explores the relationship between what is natural and artificial and the plurality of seemingly indivisible entities and experiences. It consists of a mechanism projecting red, blue and green light onto a canvas sculpture. The specific combination of red, blue and green references the colours that mediate our digital experience, while the composite colour spectrum inherent in white light is intrinsically natural. The projection is a constant 12-minute loop. The colours gradually bleed into each other, creating an intricate spectrum until their collective merging results in a pure white light.

Troika’s work revolves around assumptions of knowledge and the processes for attaining it. With a particular interest in the subjective and objective readings of reality and the various relationships we form with technology, they investigate the coalescence of seemingly irreconcilable opposites — nature and technology, the virtual and the real, the human and the non-human. Through drawing, sculpture and immersive installations they merge digital, high-tech and natural processes and materials that range from high voltage electricity to evolutionary computer algorithms, industrial acid, optics, soot or 3D programs to form a coalition between the increasingly abstract landscape surrounding us and experiences on a human scale.

Troika’s work is part of the permanent collections of M+, Hong Kong, the Victoria & Albert Museum London, The Art Institute of Chicago, MoMA New York, Jumex Collection Mexico, and the Israel Museum. In 2014, Troika was selected to present their work Dark Matter at Unlimited, Art Basel. In 2010, Troika was commissioned by the Foreign and Commonwealth Office to produce three site-specific installations for the UK Pavilion, designed by Heatherwick, at the Shanghai Expo of that year.

Galerie Ron Mandos is proud to present a new show with works by Renie Spoelstra, who uses film footage as a starting point for her charcoal drawings. The suede like and velvety texture is achieved by the many layers of charcoal, which are skilfully positioned on top of each other to re-create an almost cinematographic scene. The balance between darkness and soft beams of light is rendered through the many shades of black and grey, creating a notion that something may be lurking below the surface. Spoelstra’s deft, artistic sensitivity has created moods through landscape throughout her career.

The arduous process begins with a journey. For close to a decade, Spoelstra has travelled to coasts, lakes and beaches throughout the United States of America, looking for landscapes that speak to her. Once she has found these locations, she films the scenes, and using the stills from the footage she is able to move on to the next phase of conveying this personal representation of a geographic location.

Now, for the first time, Spoelstra’s USA landscapes will be shown alongside her Scandinavian landscapes. The melancholic loneliness that is so prevalent in these landscapes are balanced with a sense of freedom of being immersed in nature. At times, she spends weeks in order to capture the feeling of a place.

Themes of intensity, secrecy and mystery are reoccurring in Spoelstra’s works. There is an alluring and mythical feel of a place. The series ‘Stretching Universe,’ which is also on display, refers to the scientific fact that our universe is expanding, while here on earth it feels as though it is shrinking with the rise of xenophobia, narrow-mindedness and the continuous threats of climate change. Fleeing, or escaping to nature is not as easy as it may seem.

Renie Spoelstra (1974) has studied at MFA Post-St. Joost, Breda and at the Academie Minerva in Groningen. She has exhibited in the Netherlands and abroad. Highlights are presentations at Stedelijk Museum Schiedam, Museum Boijmans van Beuningen in Rotterdam and Rijksmuseum Twenthe. Her work has been included in renowned collections such as MACBA Barcelona, Stedelijk Museum Schiedam, Centraal Museum Utrecht, Cobra Museum, Teylers Museum, Museum Voorlinden, Bouwfonds Kunstcollectie, Guerlain Fondation, and many other (private) collections. 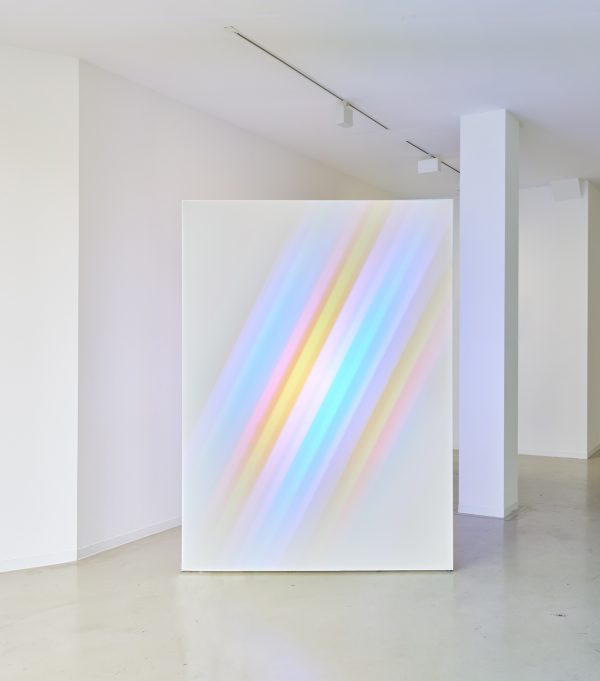 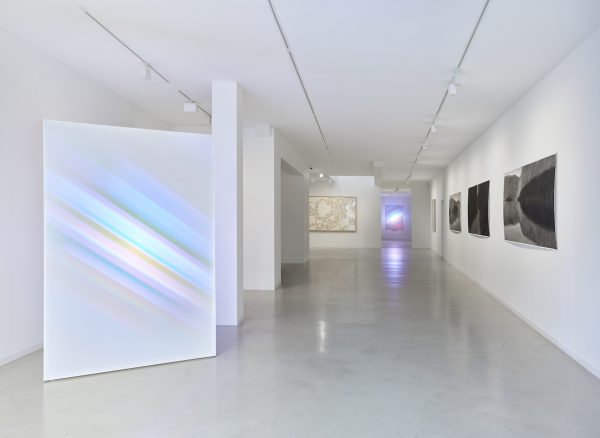 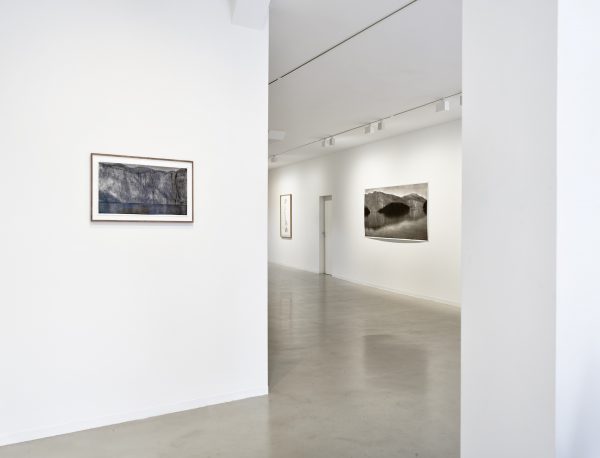 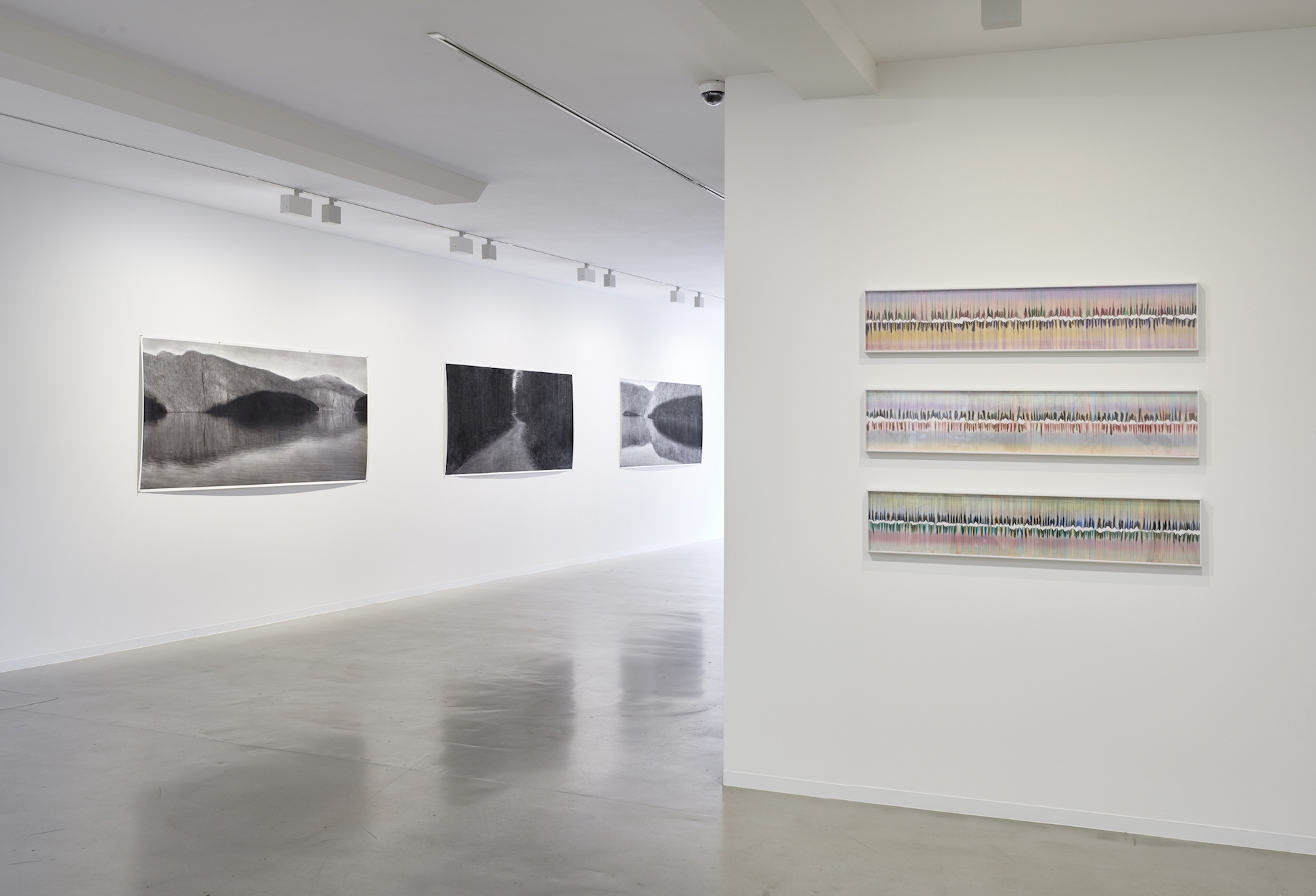 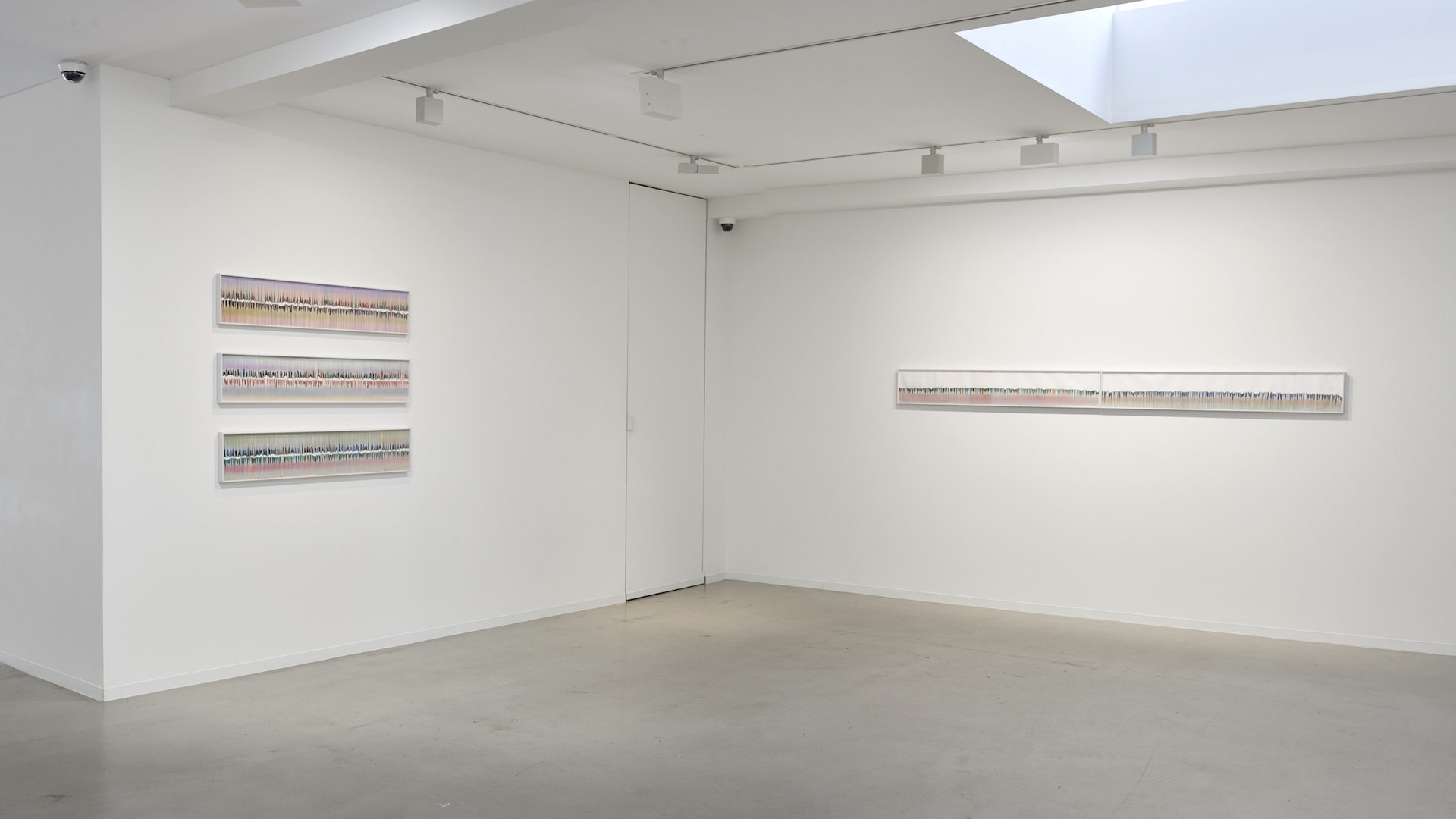 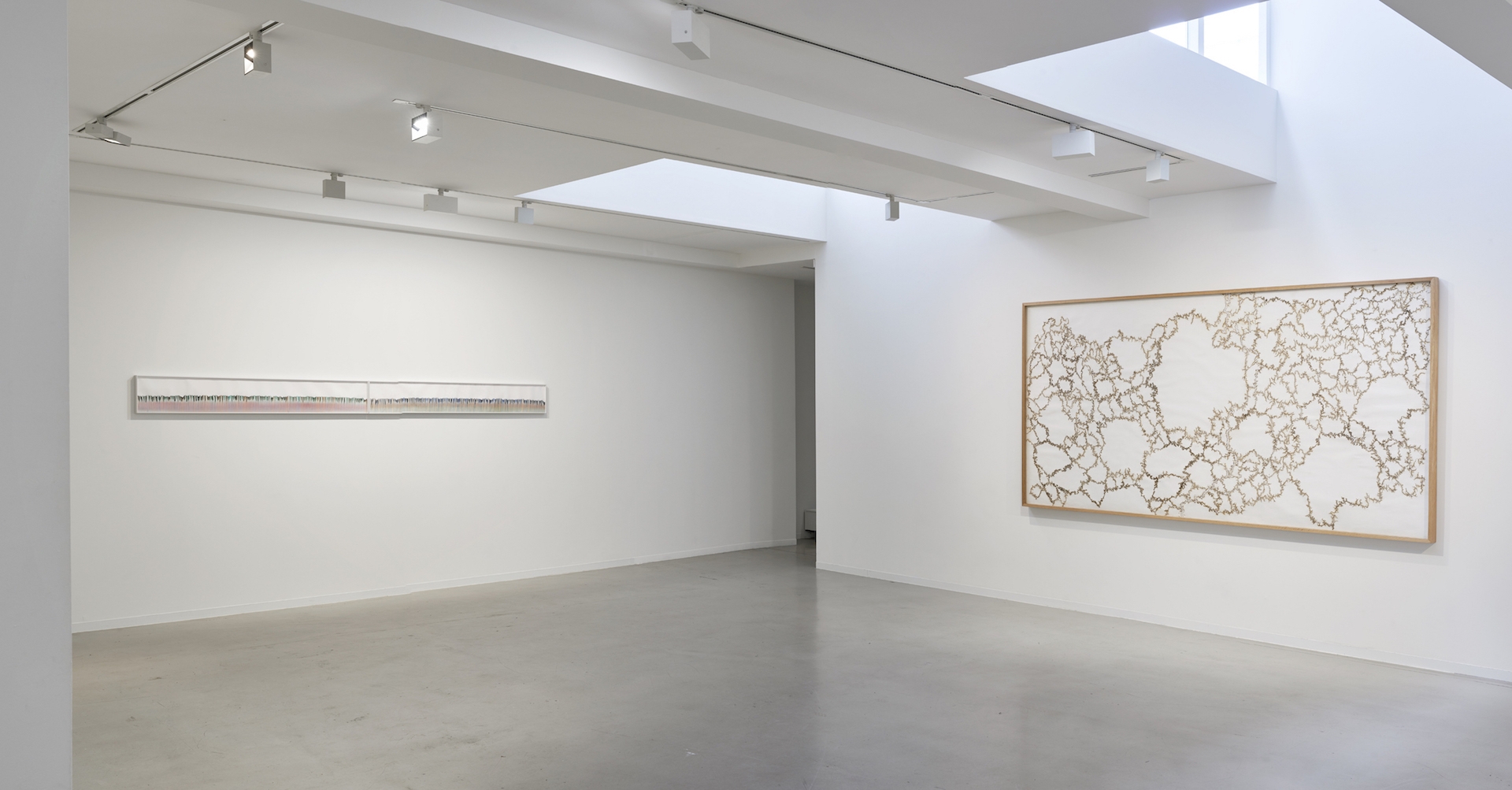 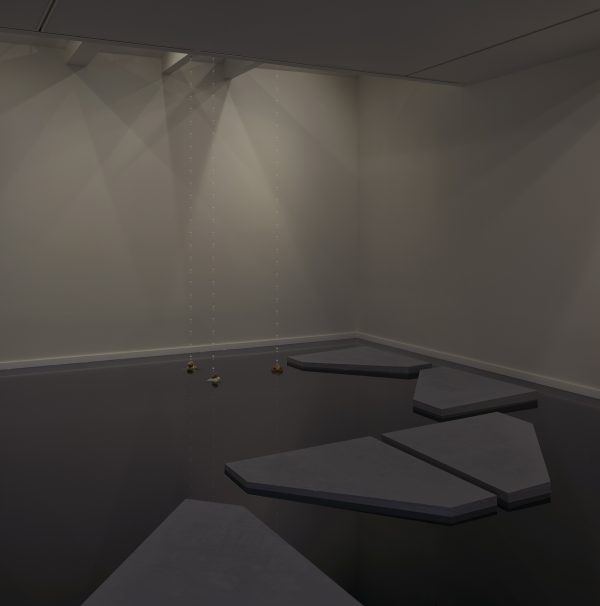 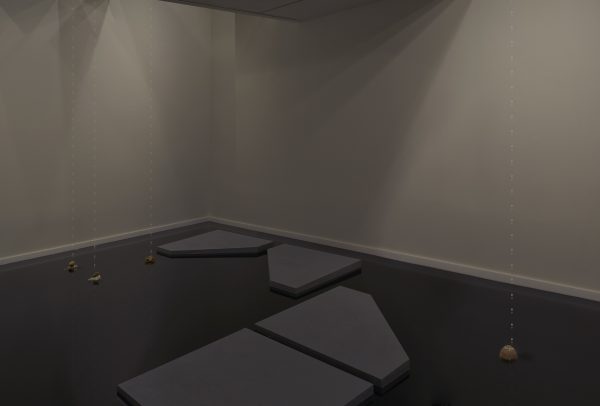 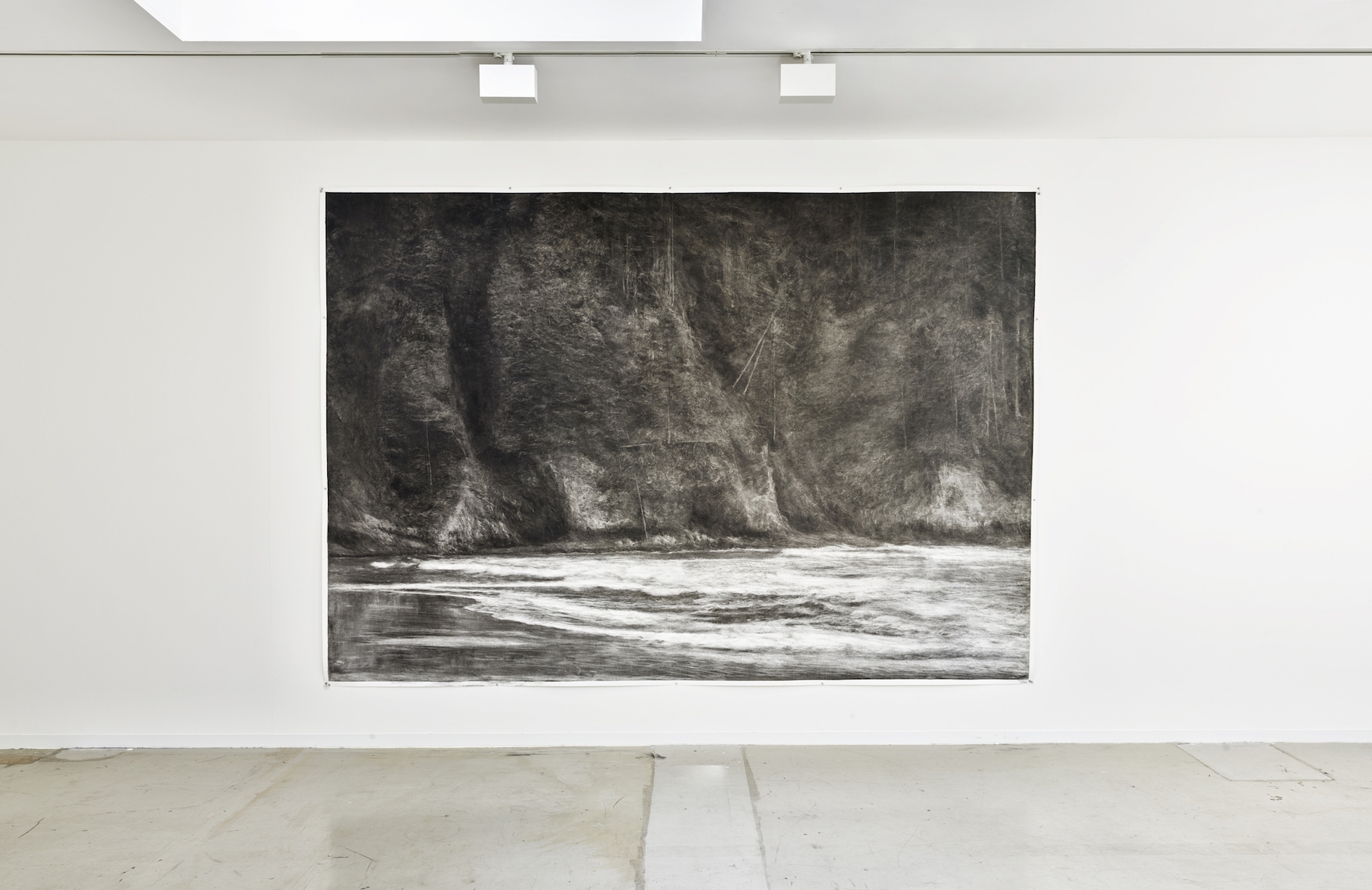 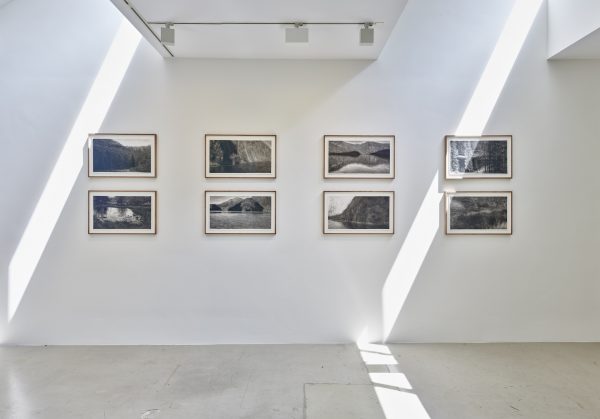 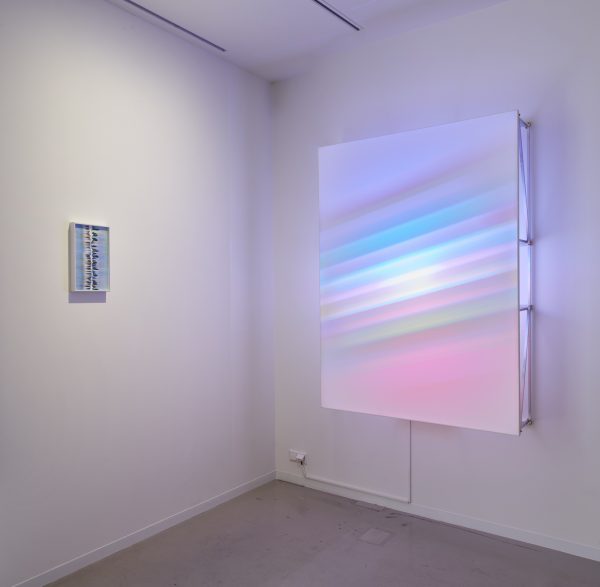 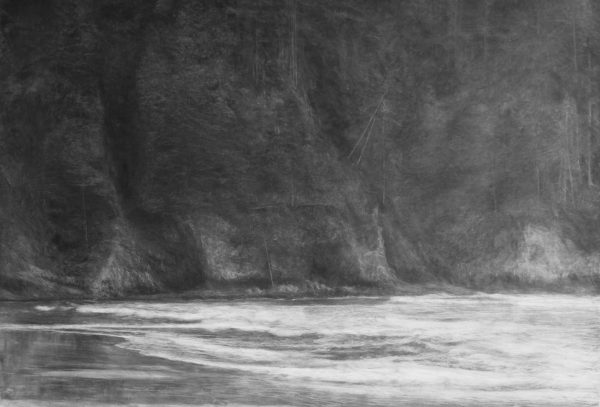 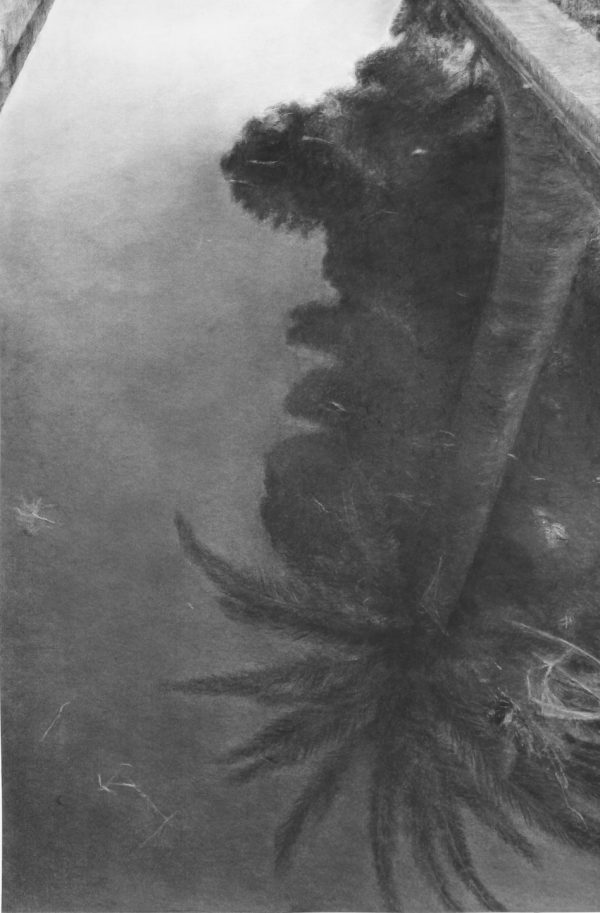 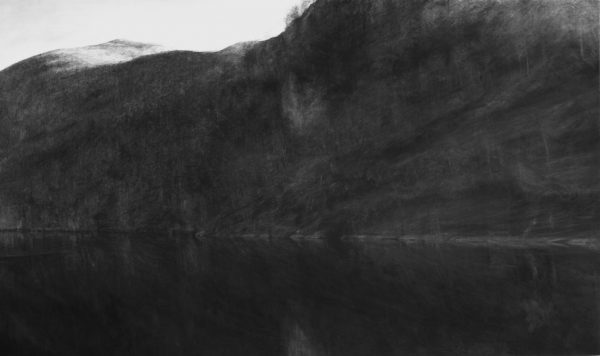 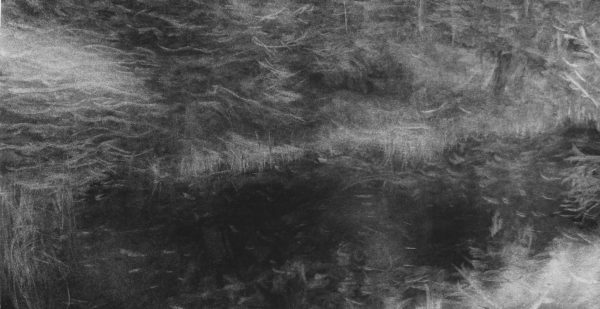 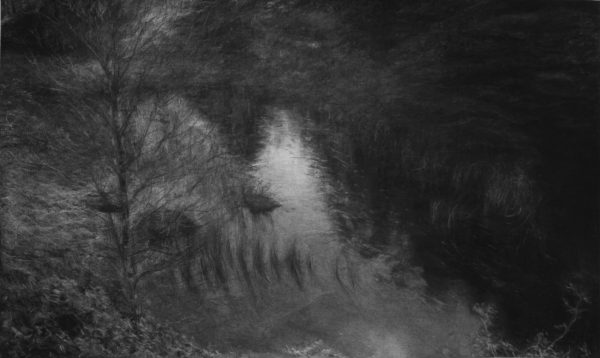 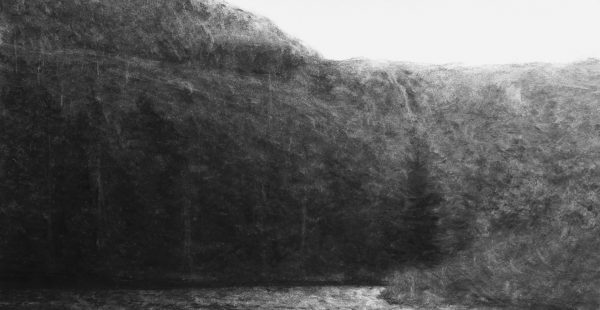 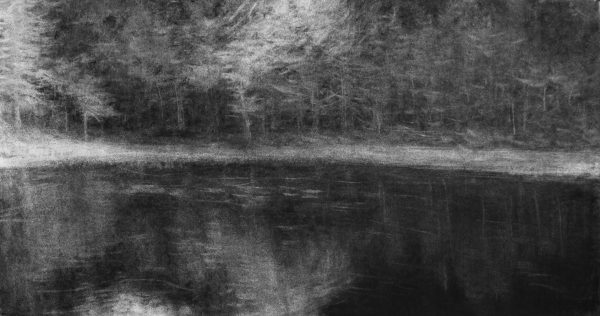 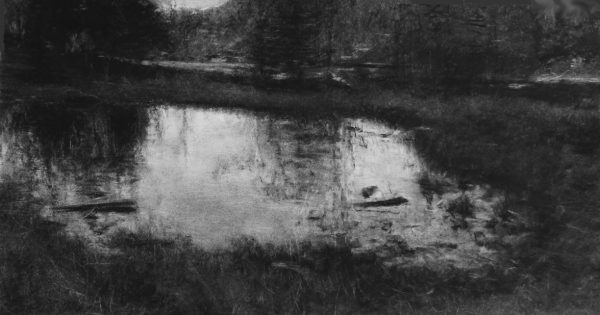 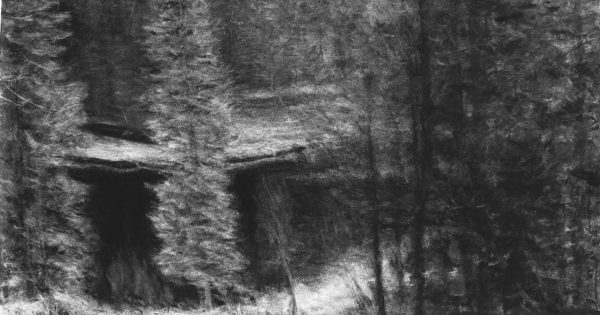 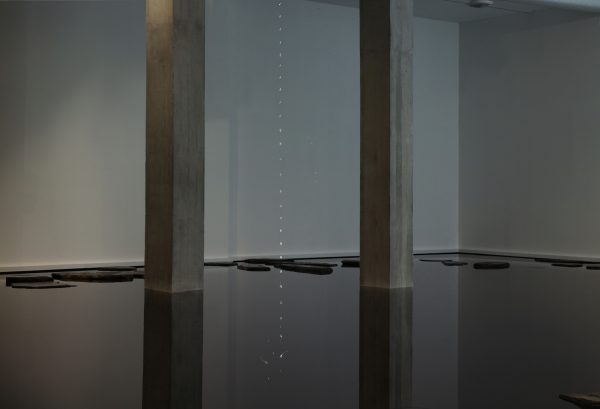 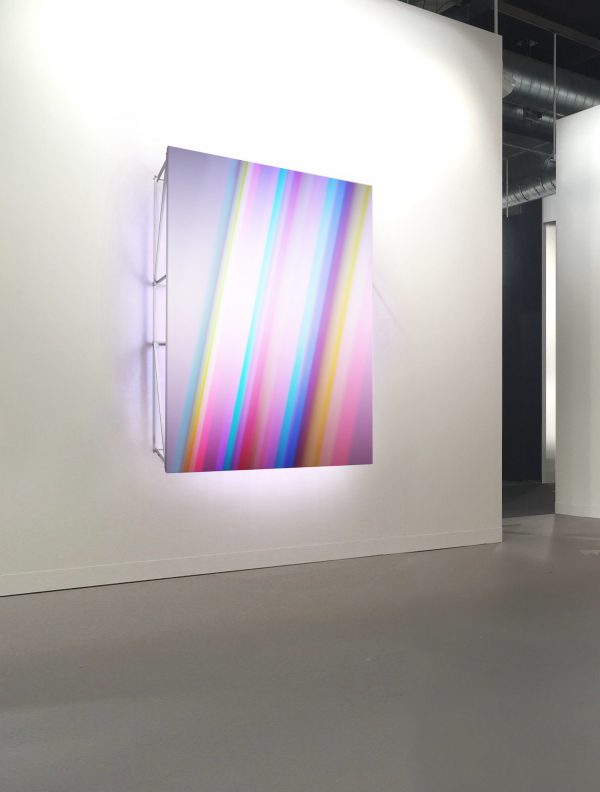 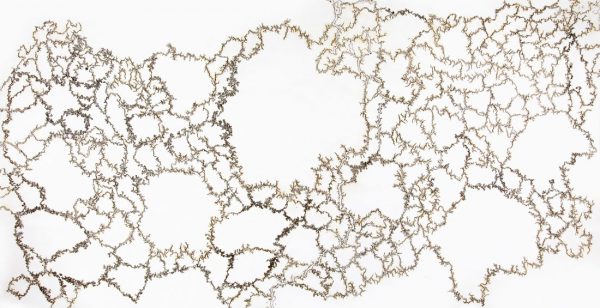 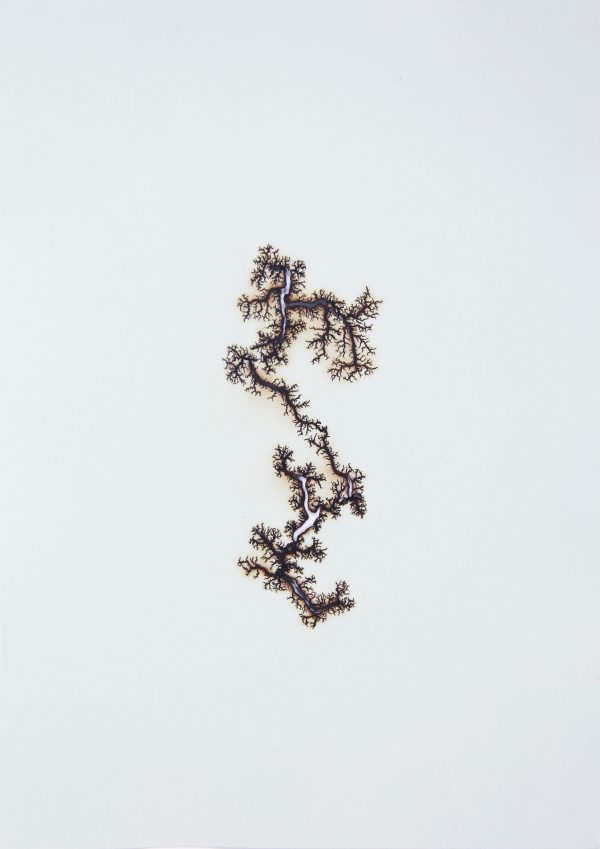 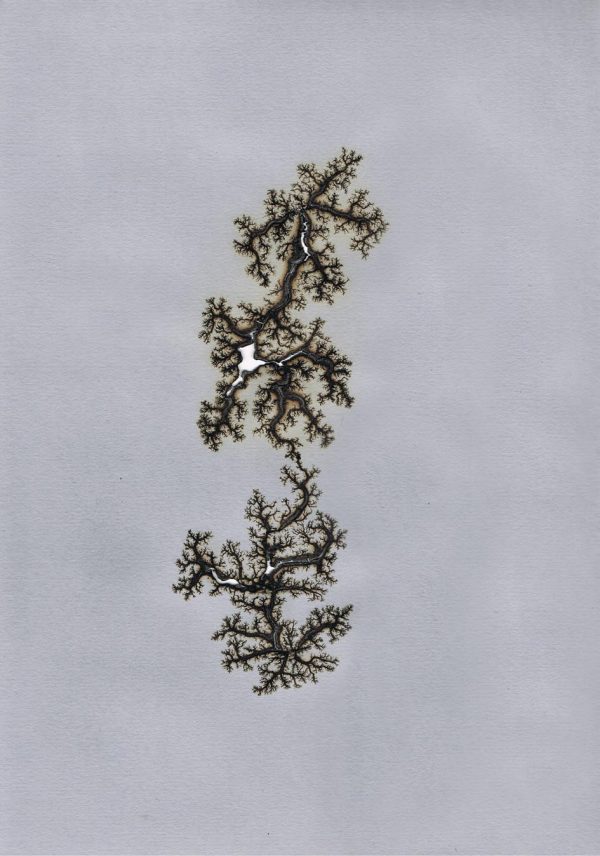 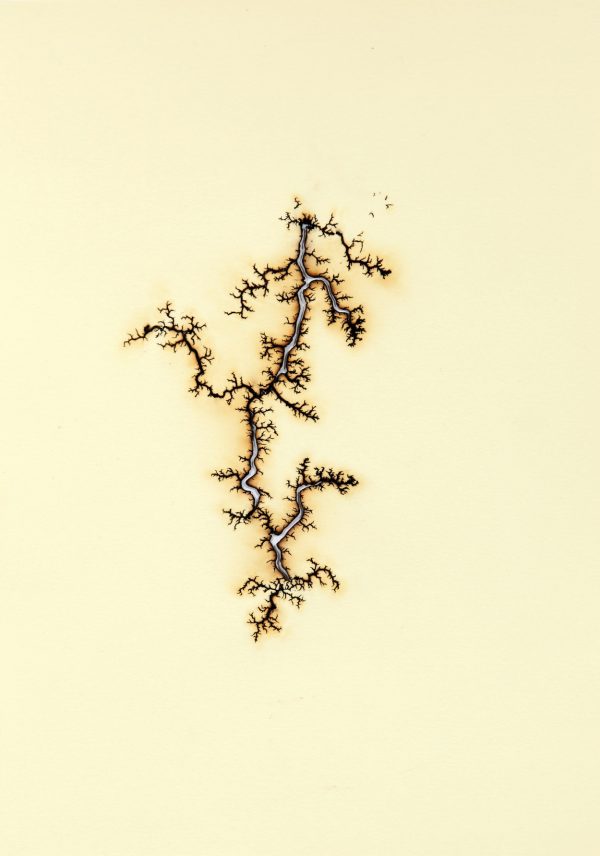 With a particular interest in perception and spatial experience, their collective works challenge our prescriptions of knowledge, control, and what it means to be human in an age of technology.

Troika’s work is part of the permanent collections of the Victoria & Albert Museum London, The Art Institute of Chicago, MoMA New York and the Israel Museum. In 2010, Troika was commissioned by the Foreign and Commonwealth Office to produce three site-specific installations for the UK Pavilion, designed by Heatherwick Studio, at the Shanghai Expo. In 2014 Troika was selected to present their work ‘Dark Matter’ at Unlimited, Art Basel.