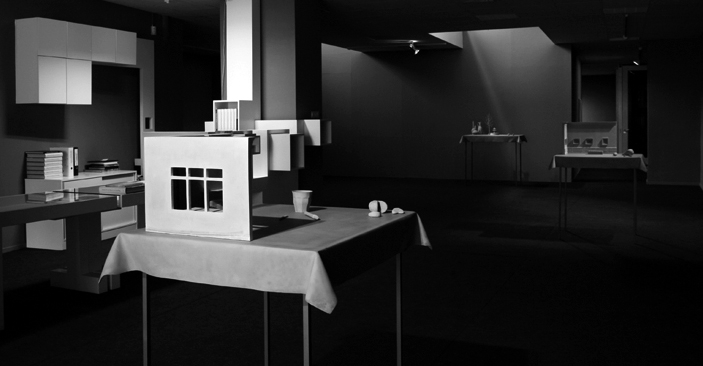 *”Still Lifes” (2010 – …)* is a new, ongoing series of sculpted tables each of which consist of a number of objects brought together in an associative manner. Sculptural, life-sized interpretations of everyday objects such a piece of fruit, a bottle, a book, a cup of coffee, a pack of cigarettes or a trio of dice are combined with objects on a reduced scale, such as furniture pieces or small models of fictitious architectural forms. The tabletop is used as a small stage, a platform on which small, silent, intimate worlds are created. These table sculptures, all executed in the same monochrome grey synthetic gypsum, refer to our daily life as well as to the heritage and the tradition of painting. The collections of objects at different scales are reminiscent of for example the Renaissance Wunderkammer, the silence of Giorgio Morandi’s still lifes or the associative compositions and questioning of the status of the real and the represented by René Magritte. Because of the use of the grey gypsum also Pompeii and the archeological object come to mind.

The video work *“Staging Silence” (2009)* is based around abstract, archetypal settings that lingered in the memory of the artist as the common denominator of the many similar public places he has experienced. The video images themselves are both ridiculous and serious, just like the eclectic mix of pictures in our minds. The decision to film in black and white heightens this ambiguity: the improvised nature of the video invokes the legacy of slapstick, as well as the insidious suspense and latent derailment of film noir. 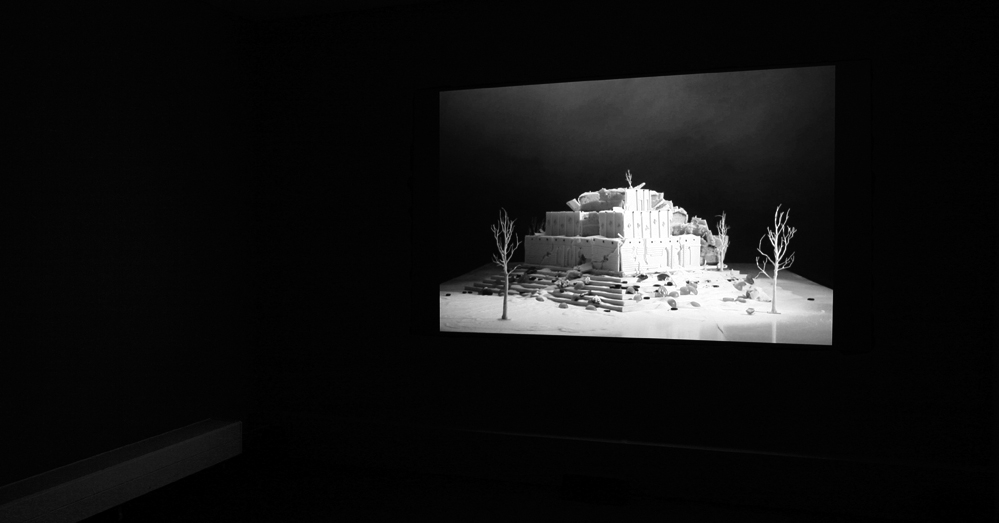 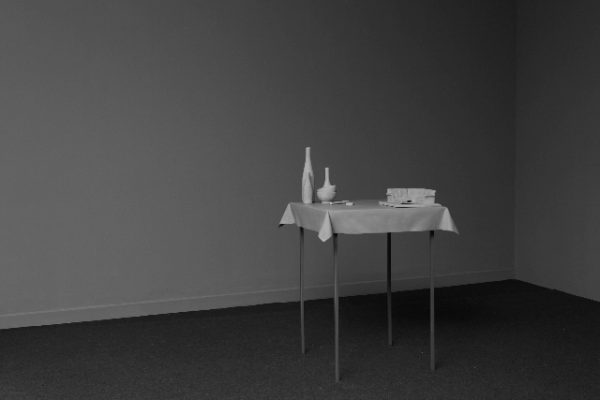 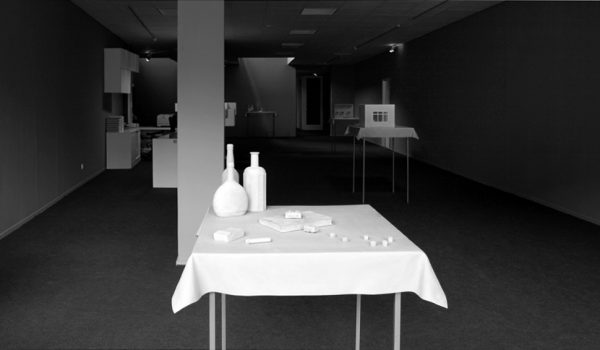 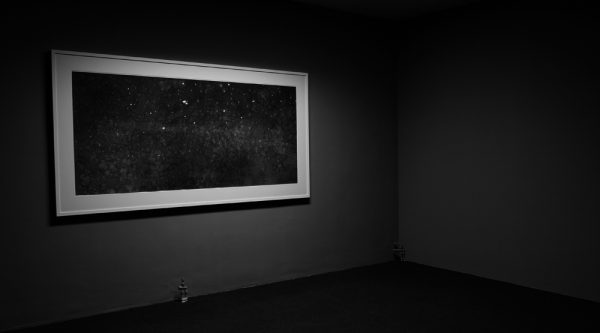 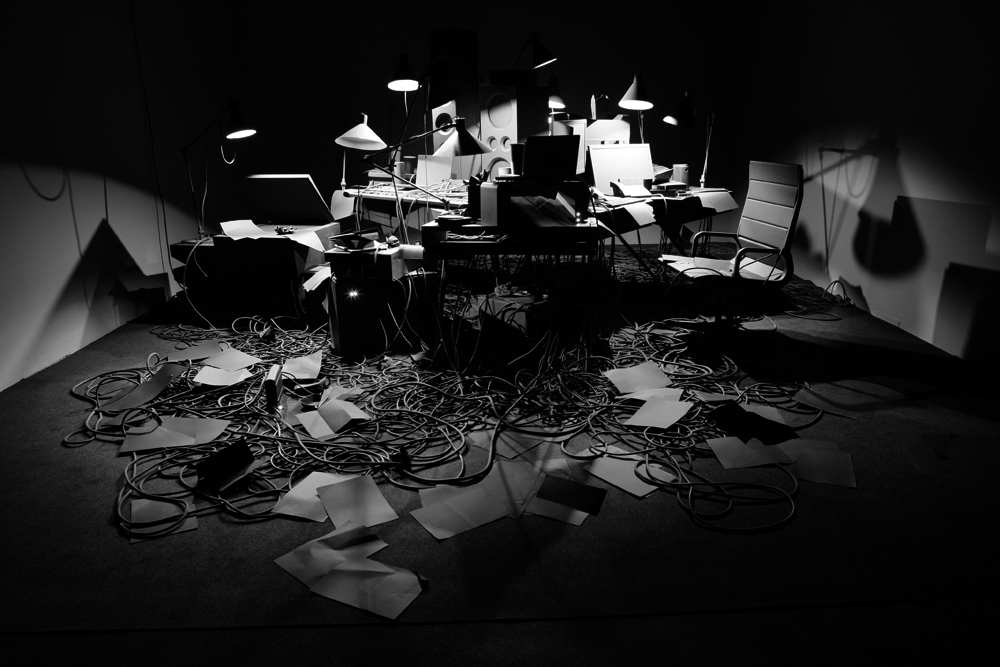 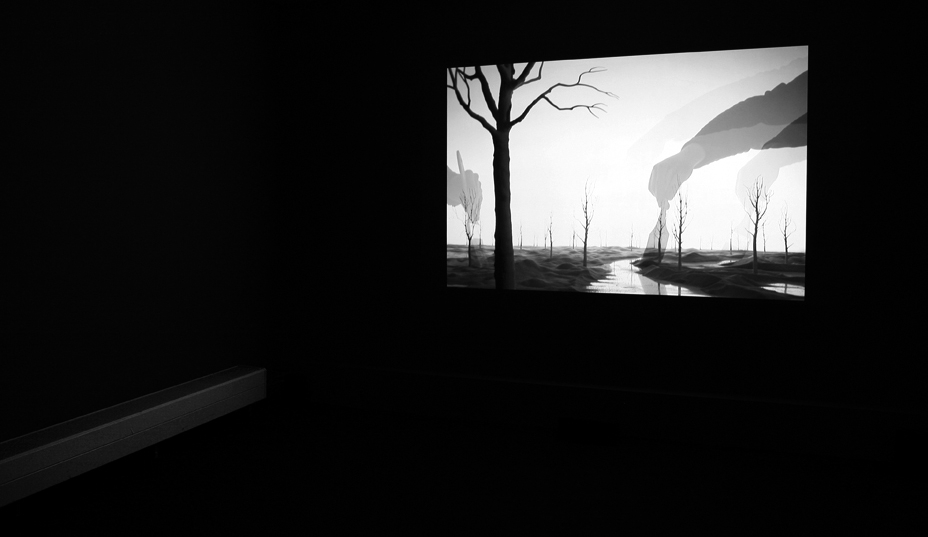 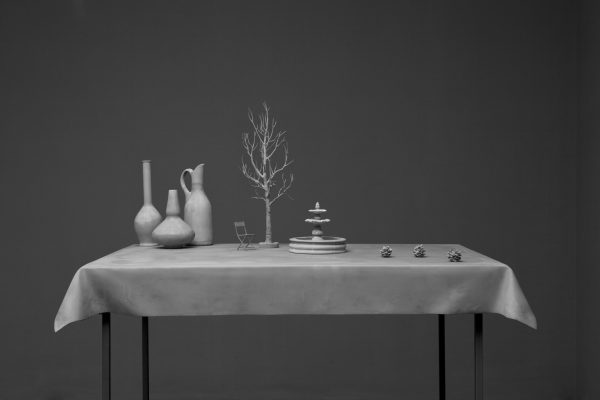 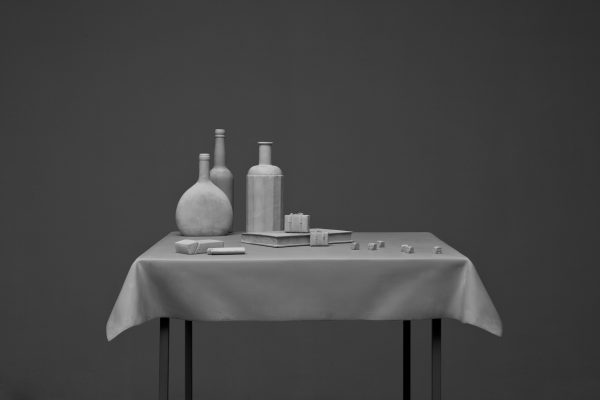 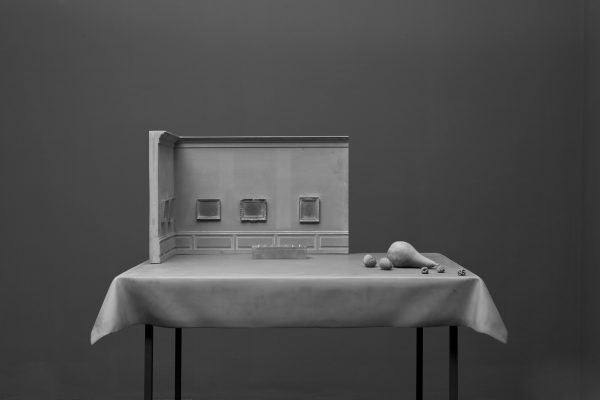 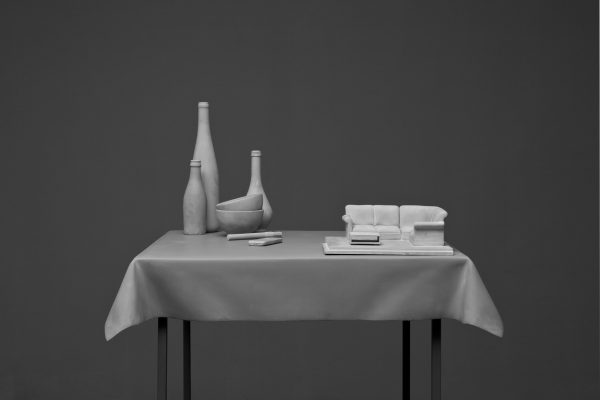 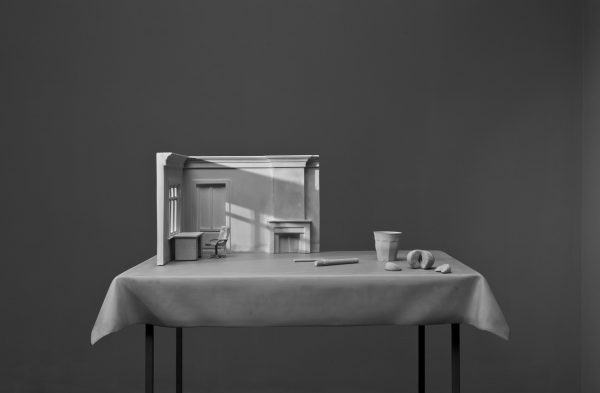 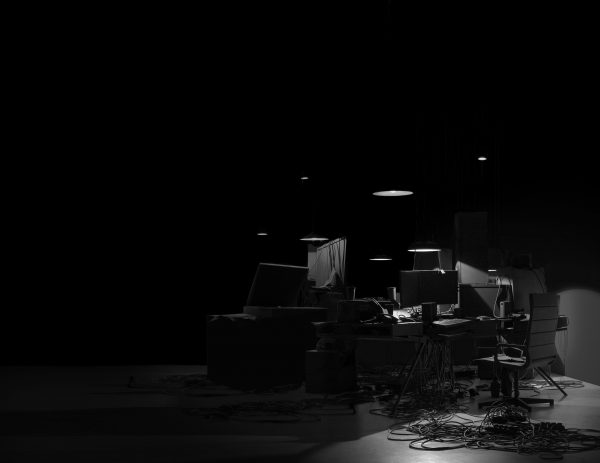