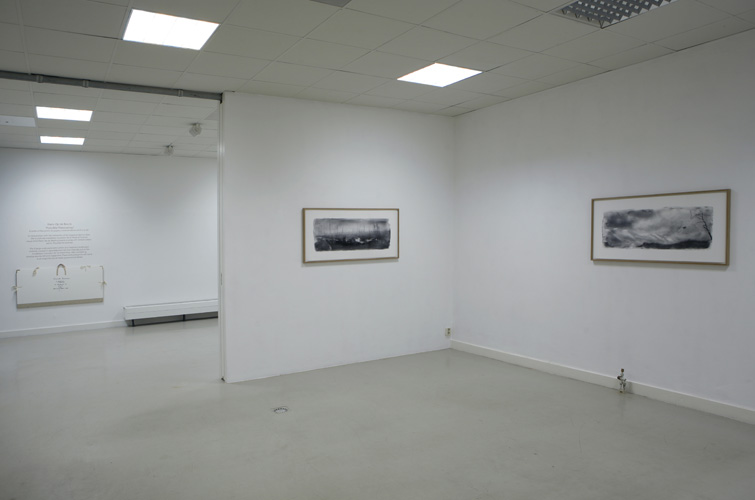 Working in diverse media Miami-bred artist, Daniel Arsham (1980, Cleveland Ohio) synthesises a future civilisation, symbolised by its architecture, where a cold, entropic beauty empowers nature over culture, in a manner akin to J.G. Ballard’s crystalline worlds, but where people’s lives can only be guessed at or wondered about from afar.

In the series of work especially created for this exposition, this other-worldy aesthetic of nature’s reassertion over culture, is clearly evident. A series of gouaches detail rectilinear posts emerging like ghosts from leafy overgrowths. Sculptures form negative incisions, eating in as erosions into objects and the gallery walls.

Daniel Arsham is represented by Galerie Emmanuel Perrotin Miami/ Paris. He has taken part in a number of well-received group and solo-expositions in the States and in Europe. His work has been included in a range of high-profile collections such as that of the Museum of Contemporary Art, Miami and the LVMH Collection. He has collaborated with visionaries such as Merce Cunningham and Hedi Slimane.

*Simultaneously to this show, Hans Op de Beeck (Turnhout BE, 1969) will exclusively present a series of 5 limited edition prints, entitled ‘Possible Panoramas’.*
This presentation has been conceived in reference to the artist’s largest project to date, the sculptural panoramic installation ‘Location (6)’, which opens at Holland Festival in Amsterdam on June the 1st, 2008.

After more than a year of preparation, the monumental installation ‘Location (6)’ will have its premier on May the 31st at Holland Festival in the Westergasfabriek, Amsterdam. Just as with its predecessor ‘Location (5)’, this latest piece will showcase an architectural environment with view of a seemingly endless landscape. 'Location (6)' leads the viewer through a long corridor to a quiet, cylinder-shaped space where a circular formed bench has been placed, inviting you to take a seat. From this position the viewer is surrounded by a sculptural interpretation of a vast snowy landscape. Mist, white light, snow and bare white trees fuse together to create a rarefied, serene and almost immaterial image.

Especially for this grand event, Hans Op de Beeck has created a limited edition series of 5 large-scale panoramic prints. 'Possible Panoramas' are imaginary landscapes created in aquarelle and ink that embody, just as the installation 'Location (6)' to which they refer, something simultaneously still and suggestive. These exclusive prints will come in an exquisite, hand-made presentation folder.

‘Location (6)’ will be open to the public every day between the hours of 12 noon and 11 pm from the 1st to the 21st of June at the Gashouder of the Westergasfabriek in Amsterdam. After this the installation will travel onto the Singapore Biennale which will be held from the 11th of September to the 16th of November, 2008. 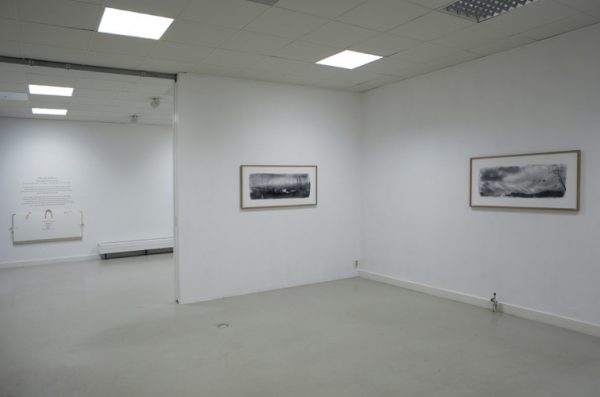 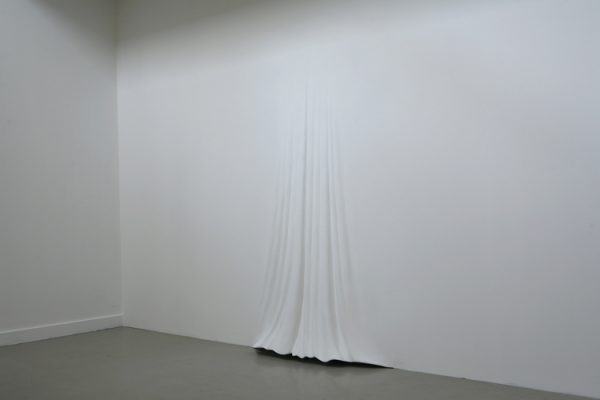 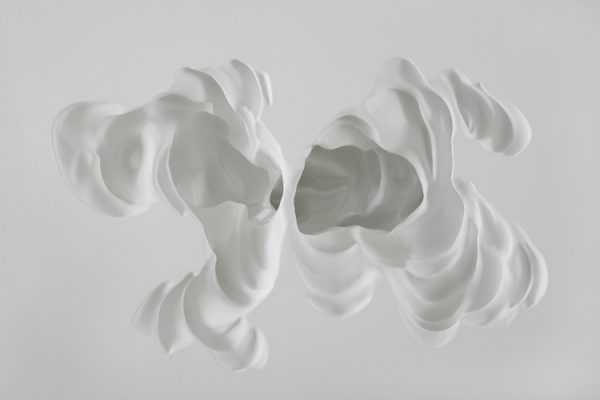 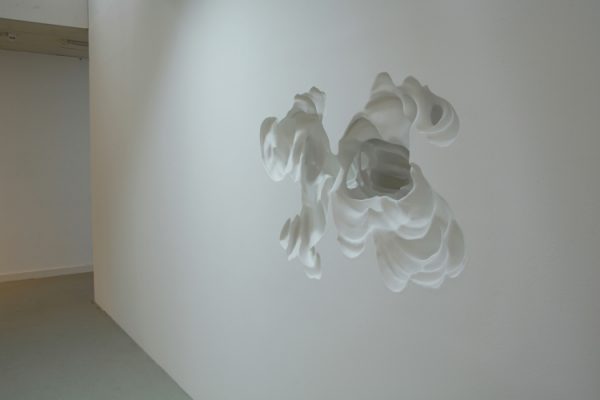 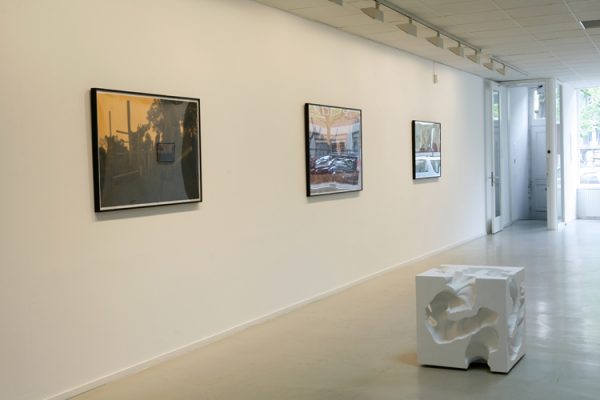 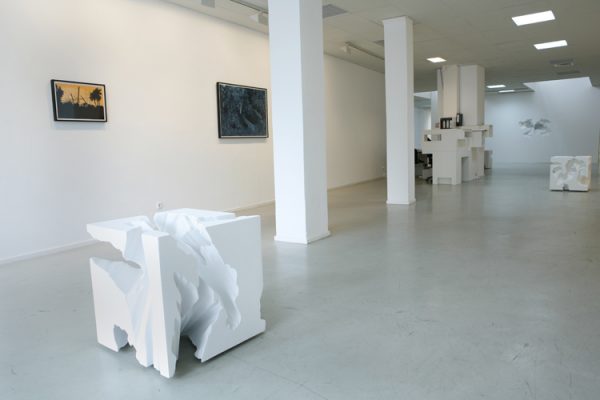 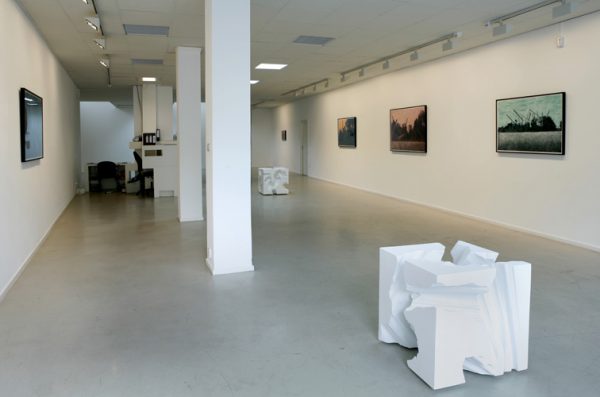 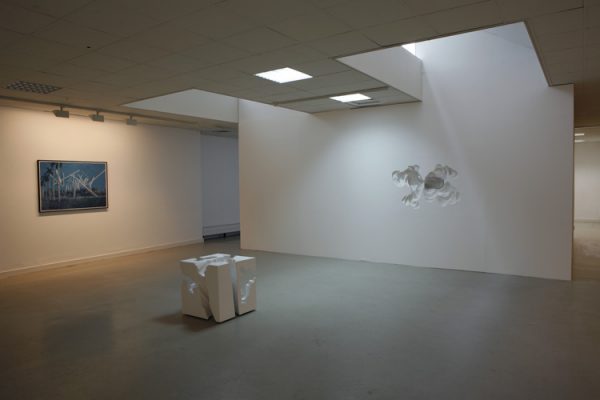