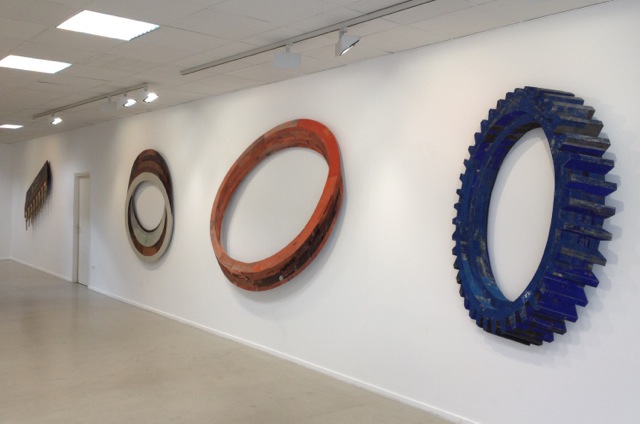 Edge of Space will exhibit the ingenius sculptural works of Ron van der Ende (1965, Rotterdam). Van der Ende specialises in wall-mounted bas-reliefs that he constructs from salvage wood. He utilises the original colour and texture of the wood to create a realistic mosaic representation of a chosen subject. The artist adds perspective to his reliefs to enhace the depth and realism in the work. Edge of Space is the term for the border of the earth’s atmosphere, the end of our world and the beginning of space. A molecule that finds itself in this zone will not fall back to earth but will continue on its path unchecked. This exhibition is the biggest presentation of Ron van der Ende’s work to date. Nine works have been especially crafted for it and will be only seen together on this one occasion. In addition to this two guest artists will present work that form interesting formal and aesthetic connections to Van der Ende’s work.

BAS LOUTER
Using charcoal, pastels and ink Bas Louter (1972, Alkmaar) creates portraits in which the face or parts of it are substituted by abstract geometric patterns. The images that Louter uses for these works originate from the entertainment industry; headshots of actors and pop artists. This intervention into these portraits creates a disorientating and empty character.

BORIS TELLEGEN
Boris Tellegen (aka Delta) began his artistic career in the Eighties as a graffiti artist. He distinguished himself by breaking away from the 2 dimensional surface which he worked on. Through his education in Industrial Design at TU Delft he learnt to give architecture and design a place in his work and so his work became 3 dimensional. In mixed media sculptures he seeks and looks into the border between coincidence and consciousness, order and chaos, or as he puts it himself ‘the semblance of order that is undone by chaos’. Tellegen will build a site specific installation epecially for this exhibition. 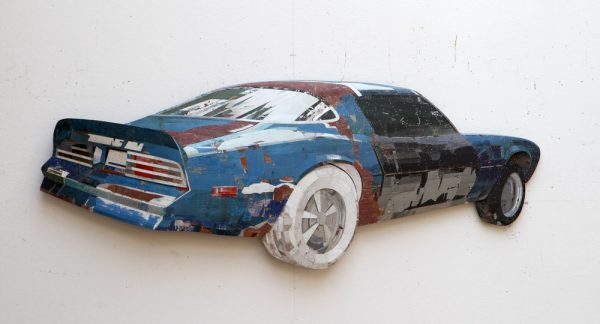 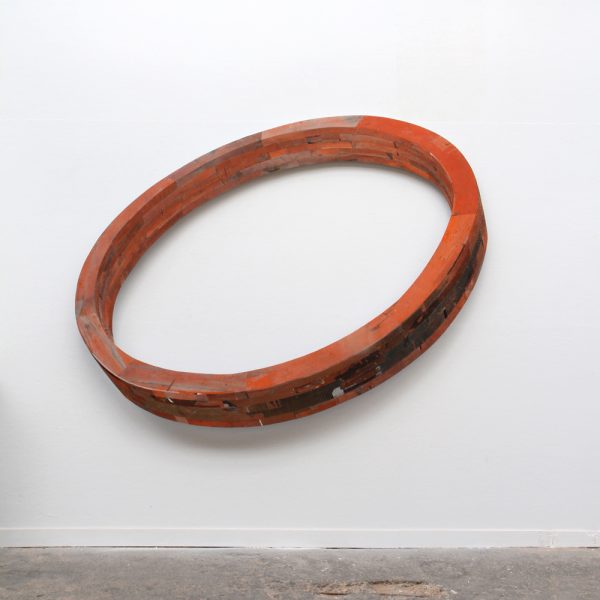 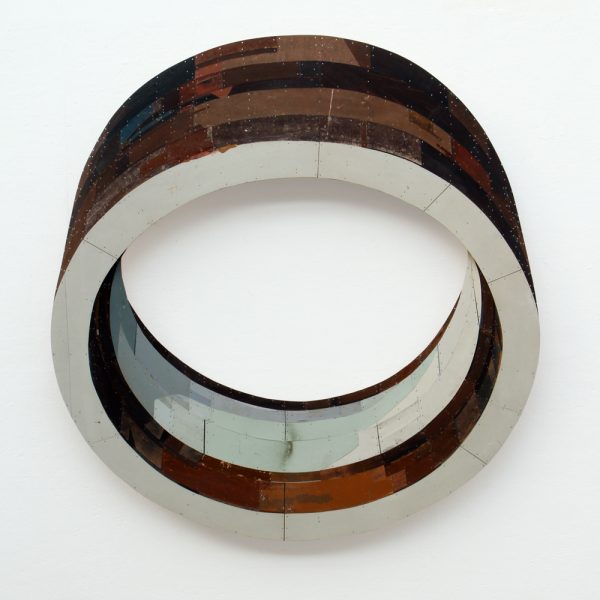 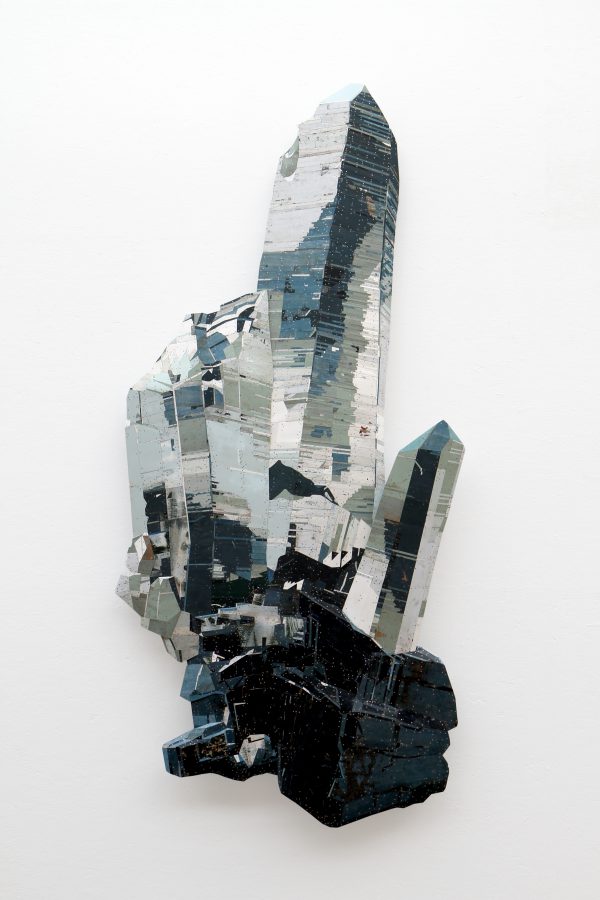 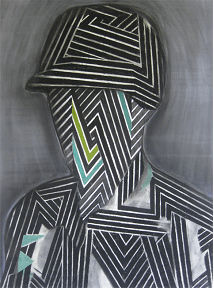 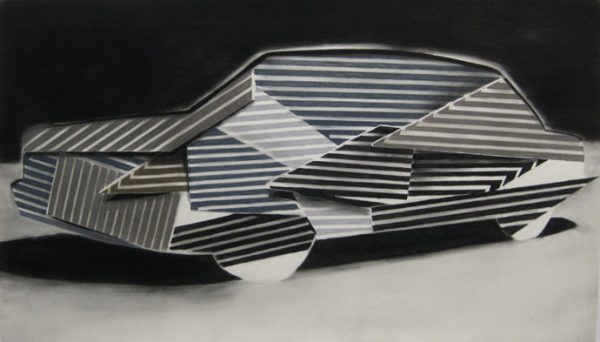 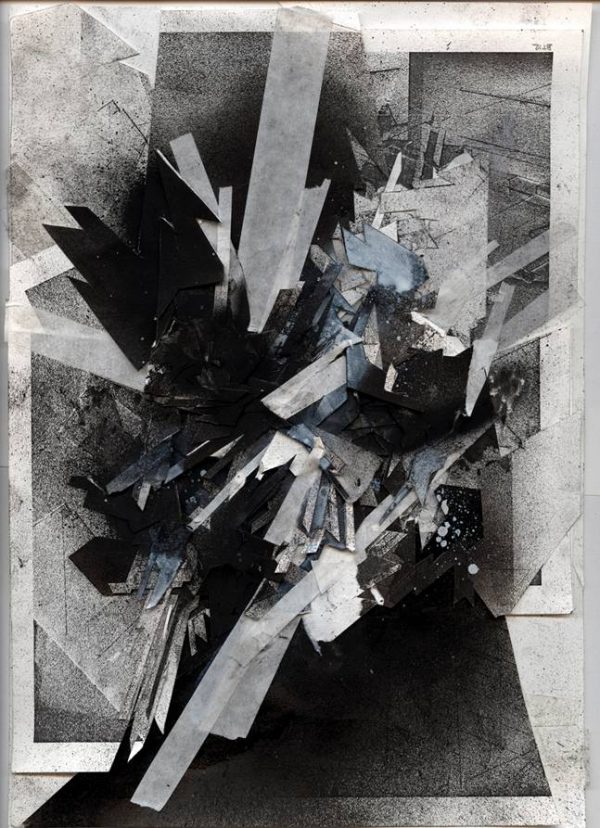 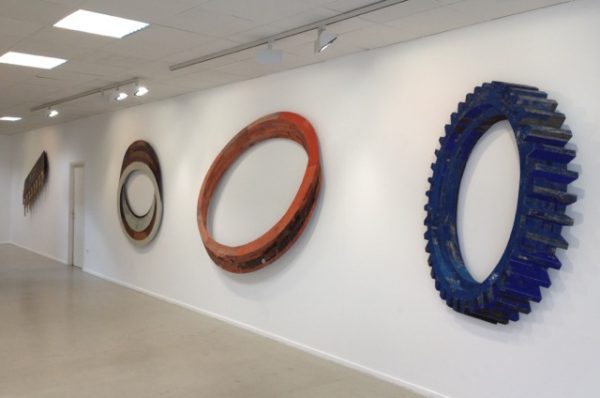 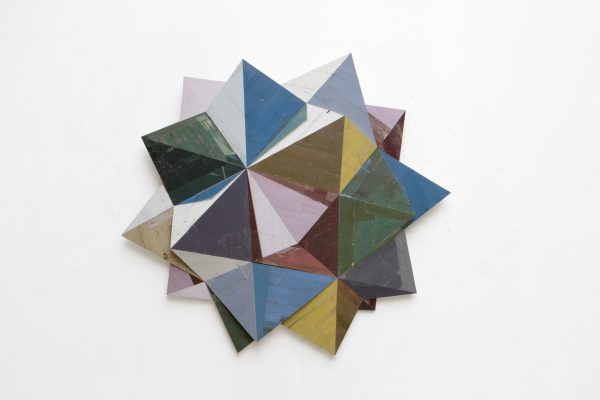 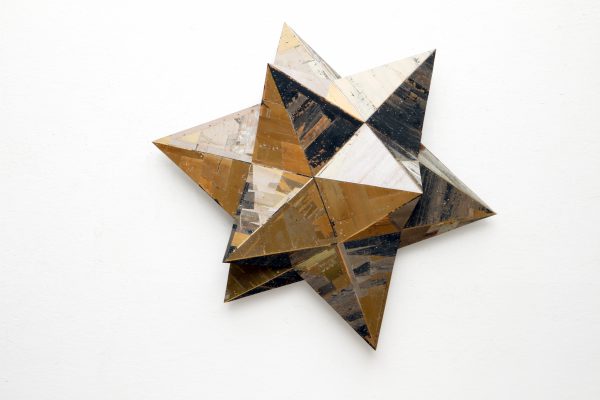 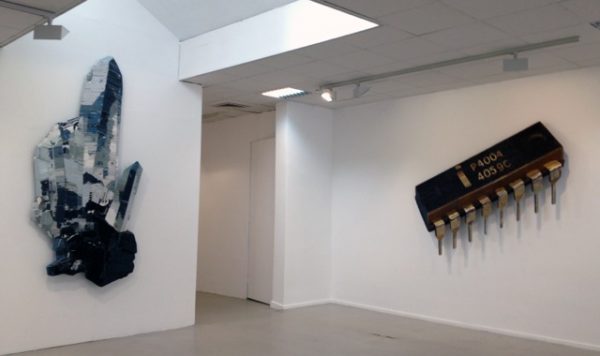 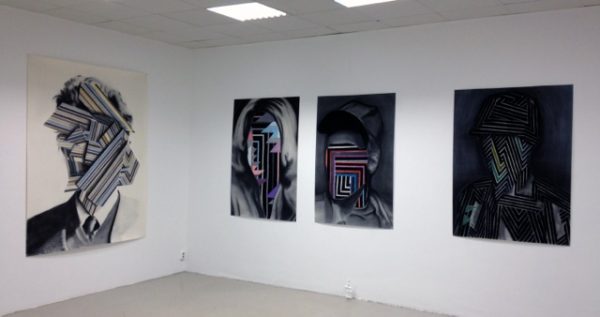 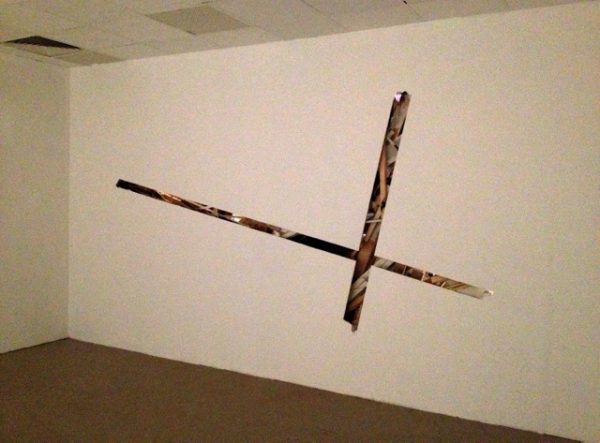