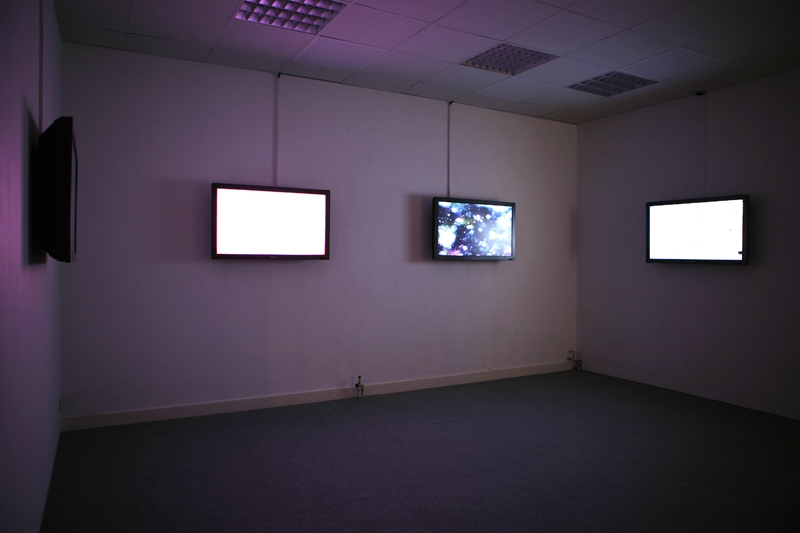 *Geert Mul’s (Rotterdam, 1965)* digital video installations all hinge on the meaning of image. By formally combining endless quantities of images in his installation pieces, Mul investigates how providing a new context for visual material in a formal ordered system can generate novel associations, emotions and nuances for the viewer, that refresh the run of the mill, stereotypical associations that one commonly encounters with specific image motifs.

In his latest installations Mul poetically and intuitively re-invigorates specific well-known visual motifs by transferring them to such a novel formal context. The video installation *‘SN4X’* for example, (which is also included in the exposition), re-examines the visual language of falling snow (normally a romantically laden motif) by emphasising the systematic and formal nature of this representation. By zooming in and manipulating footage of falling snow, Mul highlights the ‘patterned’ visual make-up of the image. Emphasised by the accompanying sound, this formal representation signifies a new aesthetic experience of this visual motif based on its formal make-up. The end result avoids stereotypical romantic associations and poetically immerses the viewer in a blaze of formal pattern and stunning colour.

_Geert Mul’s video and photographic installation work has been exhibited in museum shows and biennales across the world. This year Mul presented his DVD installation ‘Snow’ in the `Deep Screen’ exhibition at the Stedelijk Museum, Amsterdam and his interactive installation ‘Horizons’ at `Intervention #4’ at Museum Boijmans van Beuningen, Rotterdam._

*Pieter Vermeersch´ (Kortrijk BE, 1973)* brand new series of paintings especially produced for this show is the latest in a line of ‘serial’ paintings. Based on photographs, these exquisitely painted studies in light and colour gradations contain a number of contradictions: pure abstraction on the one hand, photographic realism on the other; an internal reference to the behaviour of paint itself, as well as an outward allusion in their painstaking attempt at emulating worldy light. Each work in the series is intrinsically linked in their subject and execution, yet is simultaneously autonomous in their rendition of a different tone-movement from light to dark.

Vermeersch´ almost scientific gradual ‘shifting’ of colour does not contain anything solid for the viewer to hold onto. There is no focal point, no balanced composition, just a mere dissolving: a sort of vacuum which acts upon the viewer as an impalpable, unsubstantial ‘in-between’, a pleasant intrusive vibrating. His paintings are therefore less an objectification of something, than a capturing of movement: a meditative encounter with pure experience.

_Pieter Vermeersch has taken part in expositions throughout Europe and Asia, recently having exhibited his work in a solo presentation for Project SD in Barcelona._ 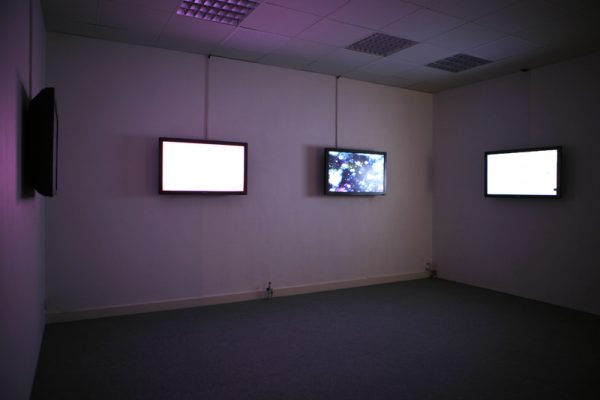 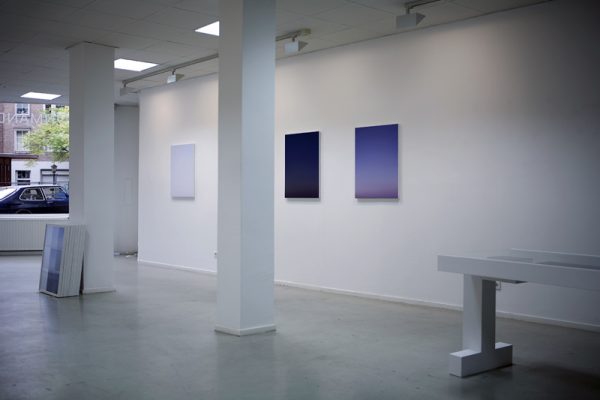 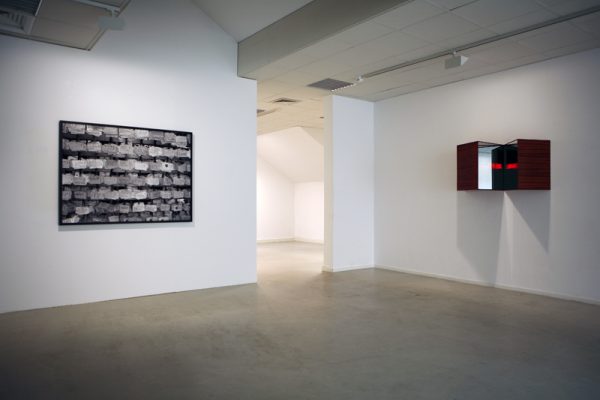 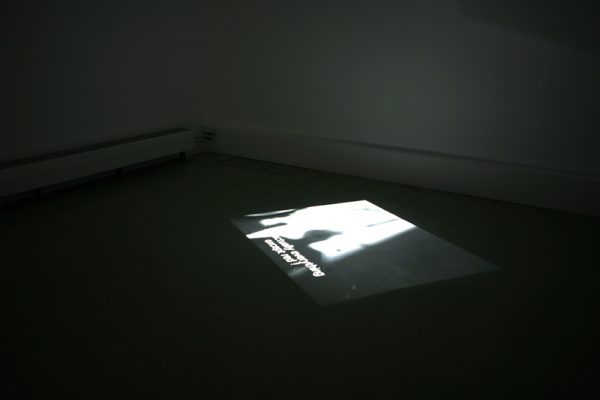 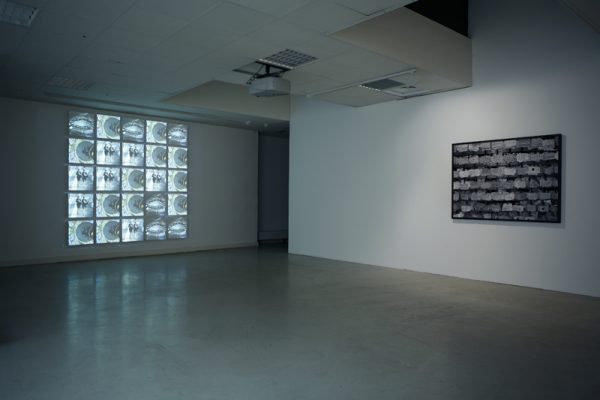 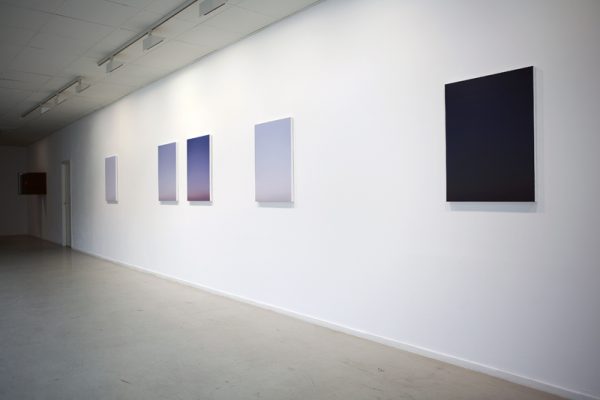 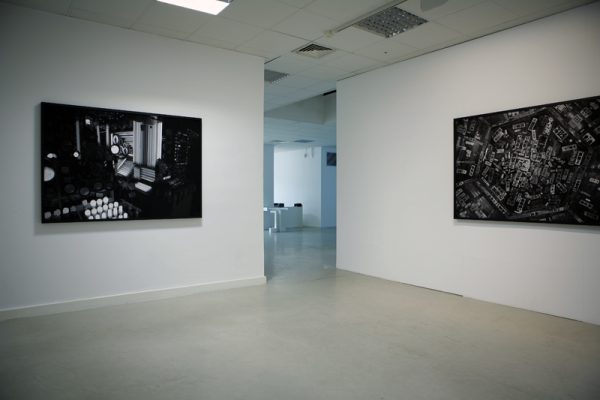 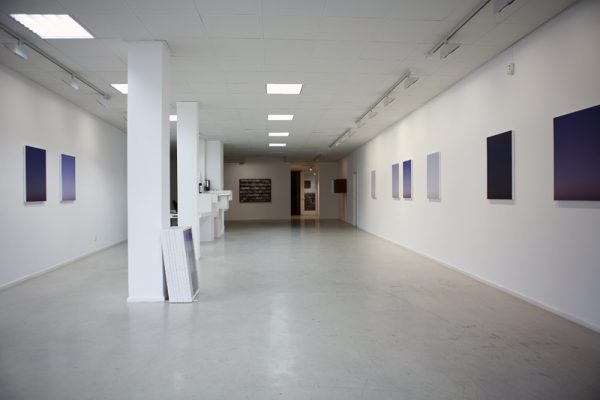 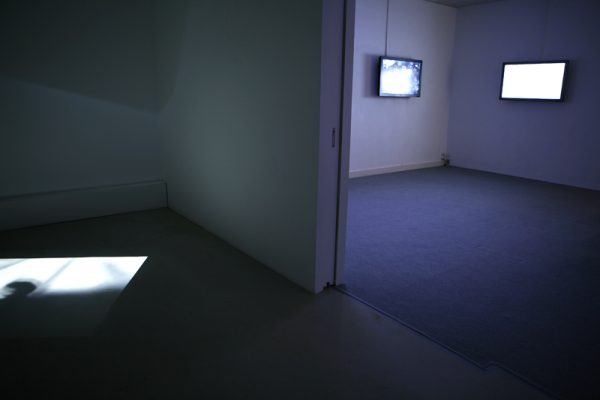