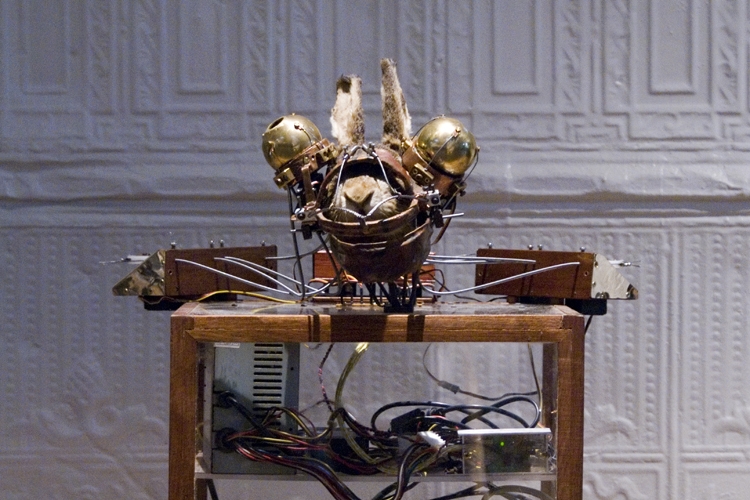 The drawings of *Peter Feiler (DE Halle an der Saale, 1981)* are known for their controversial subject matter. He presents dark scenes that incorporate simple narrative elements. These scenes explore the border between the visual world and fantasy. The notable aggression and perversion exhibited by the figures in his drawings is balanced by his use of soft colouring and fragile lines. In wishing to explore the intricacies of his hand, the viewer is sucked into the drawing upon which the macabre aspect of the work comes to the fore.

Peter Feiler’s work is included in esteemed collections such as that of Museum Boijmans van Beuningen in Rotterdam. *Christiaan Zwanikken (NL Bussum, 1967)* creates kinetic works of remarkable ingenuity from found animal skulls and bones. He transforms these parts into moving mechanical sculptures and installations. Their composite natural and mechanical make-up gives these figures their own unique character. *_How A Dead Hare Explains Paintings_* is an example of this and with an accompanying projection from film-maker *Jarred Alterman* this work also gains a narrative structure.

Aside from this Zwanikken also produces non-skeletal installations. The work *_Hydromats_*, which will be shown in the gallery’s project slace, is an example of this. Three imposing glass water reservoirs come alive in sound and movement, reacting to the viewer in the space. Just as his other works, this piece exhibits its own unique behaviour and character. *PREMIERE* Zwanikken’s latest work *_Boar Suit Exoskeletal_* will be premiered at the opening of this exhibition on Saturday the 19th of January (5 to 7 pm). This piece has all the hallmarks of Zwanikken’s work yet also exudes a performative streak. In February the work will be presented at the Kinectic Art Fair in London. During this show there will be a presentation of work from the photographer and filmmaker *Jan Hoek*. From the 25th of January he will also have an exhibition in *FOAM Photography Museum*, Amsterdam.[/wpv-autop] 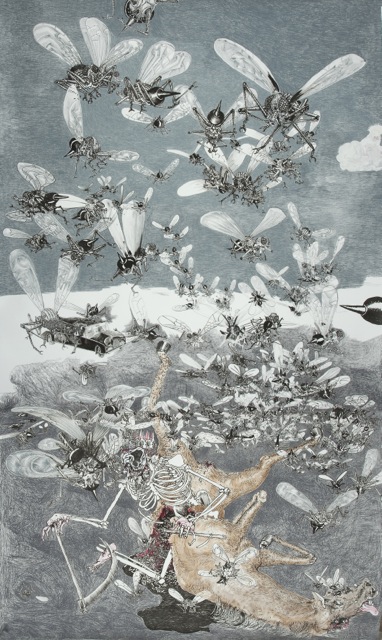 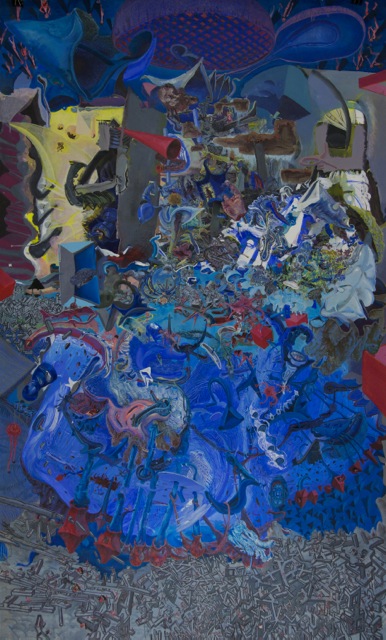 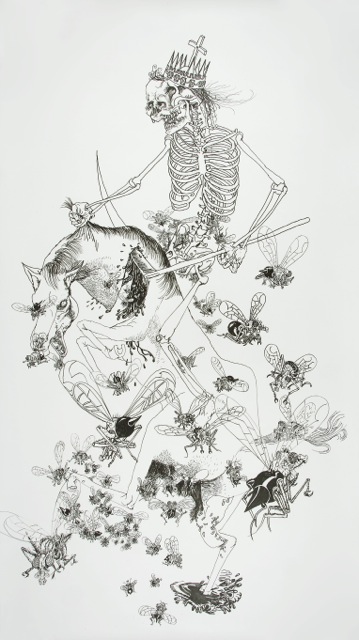 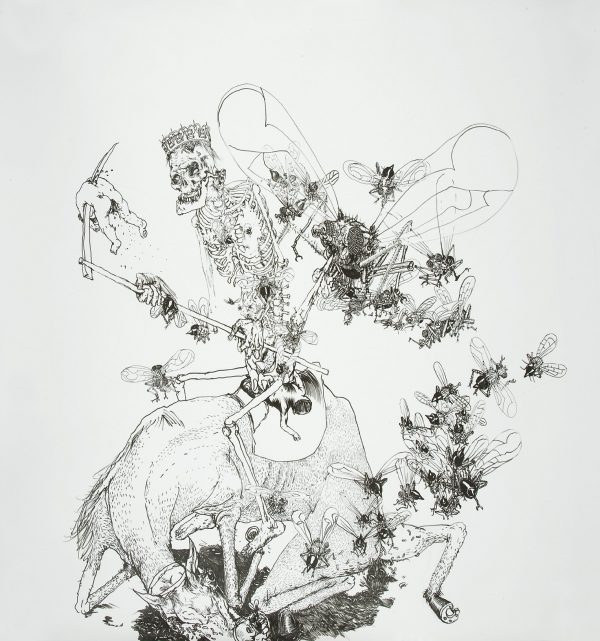 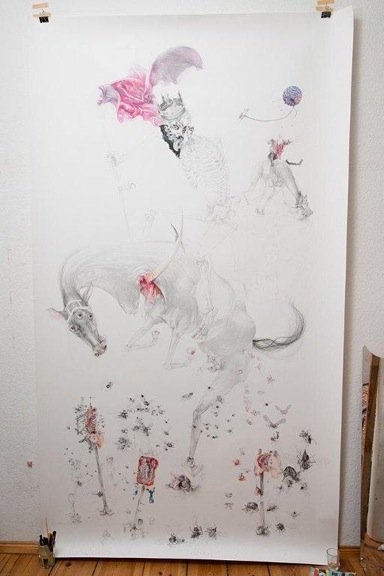 Kingdeath on horseback I, 2010 | Pencil and coloured pencil on paper Peter Feiler 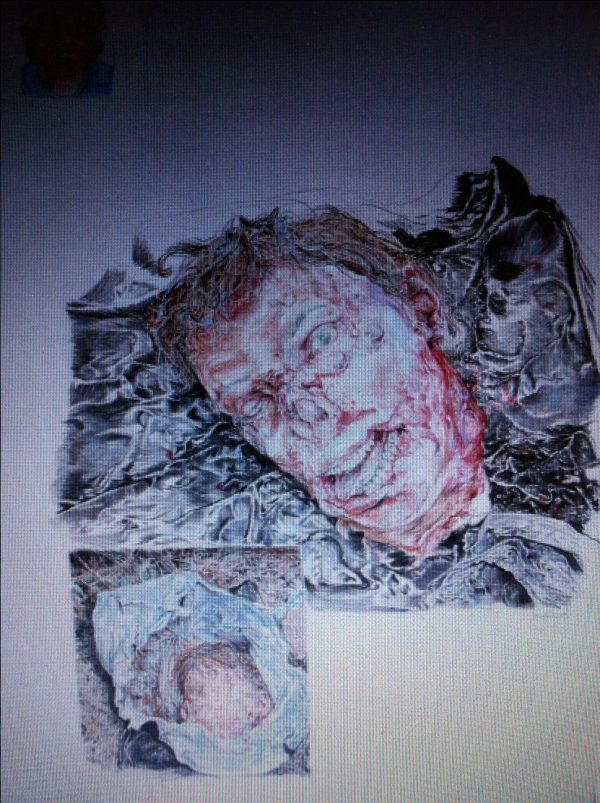 Selfportrait as a body, 2007 | Pencil and coloured pencil on paper Peter Feiler 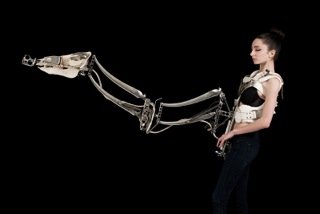 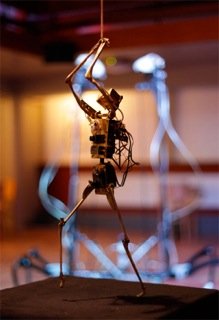 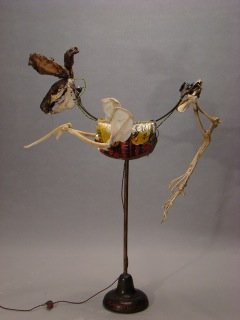 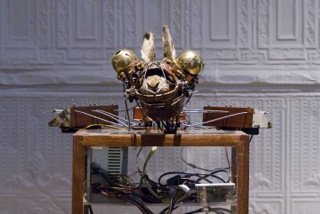 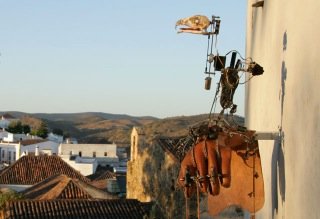 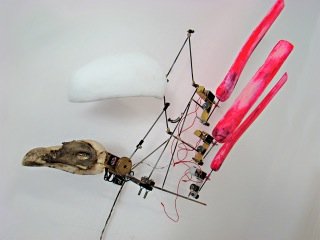 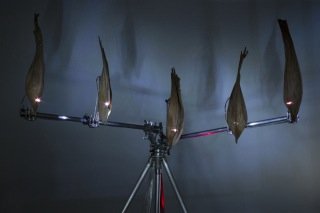 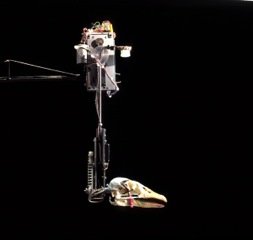 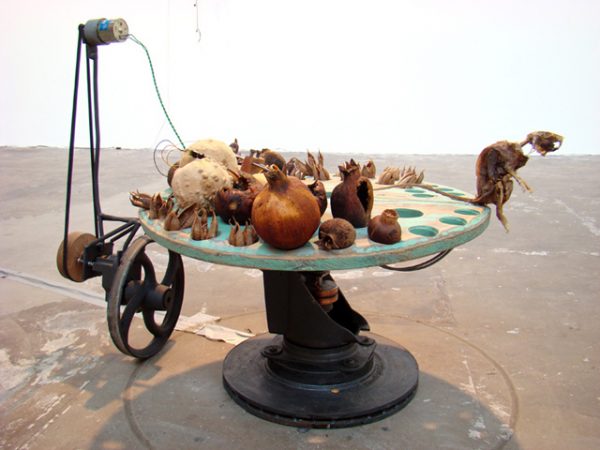 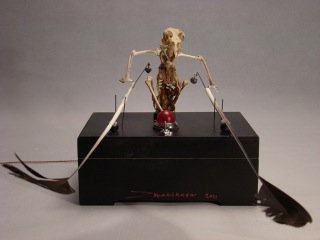 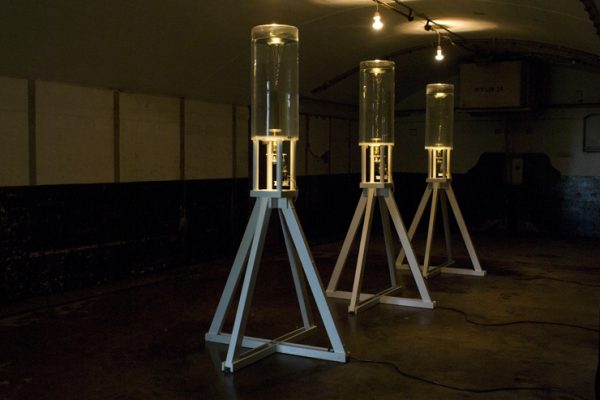