Los Angeles - The sunlight fades and the twilight turns the city into an entrancing wonderland whose charm can disappear in the blink of an eye. With her project ‘Look At Me And Tell Me If You Have Known Me Before’, Los Angeles-based Dutch photographer Monica Nouwens dedicated herself to portraying the ambivalent appeal of one of the world’s largest cities.

Nouwens’ photos and videos portray the noir starkness of Los Angeles’ utopian dreams; its cityscapes in transition, on the verge of collapse or rejuvenation. Her contemporary flair reveals an optical unconsciousness through stunning images that provoke understanding of the relationships between real buildings, people and their urban environment. Within this urban organism she has always been fascinated by LA’s free, or at least non-marketable, subcultures that operate outside the standard economic structure.

For ‘Look at me…’ she focuses on underground youth, LA bohemia so to speak, a subculture of people who seem to have withdrawn from the dominant consumer culture, shaping a more personal, small-scale alternative.

Berni Searle’s Moonlight is part of her Black Smoke Rising trilogy (2009-2010) – a series shown consecutively as single-screen projections. Capturing ‘the air of discontent’ enveloping the poor in South Africa, these works challenges perceptions of reality, constructions of identity and the notion of home.

In Translations, Sofie Knijff creates ‘theatrical’ spaces in which illusion and reality mingle. The actual staging is not culturally-bound, but rather conveys a universal meaning - and is a catalyst for revealing differences.
Over the past year, Knijff has travelled across South Africa, India and Mali to portray children and their fantasies and dreams. Her aim was to isolate them from their surroundings and daily lives, and focus their attention to reveal their own ‘dream character’. By using the same backdrop, she creates a stage on which the dreams come to life. The challenge was to build a warm, subtle and yet sustained level of concentration to capture the moment of transformation: when honesty and innocence emerge. At the same time, she took images of the empty spaces in which the same children live; creating a set of images where the inside and outside mirror and influence one another. 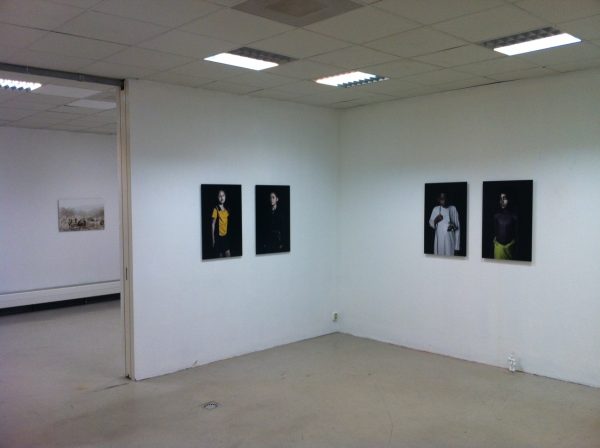