Since his early childhood, Van Veluw has been fascinated by things that are theoretically possible but difficult to imagine. The fantasy about an environment with other laws of nature, a world with a different logic from ours occupies him. 10 years ago, he became fascinated with Science Fiction books by Fred Hoyle, Isaac Asimov and Aldous Huxley.

In his work, van Veluw often reverts to the underlying principles of these stories in which science, technology and the development of knowledge are called into question.

“By creating an environment in which everything must be redefined, the visitor loses his hold and grip on reality. His senses and brain become over-stimulated, emotions and feelings are fired up. The visitor is hyper-aware of his surroundings and at the same time invited to become part of it.”

It is in particular the psychological part of this process van Veluw is interested in. Through the use of unrecognizable forms and the creation of a disruptive environment, the visitor becomes disassociated from his existing associations.

The Monolith is an extension of the comprehensive exhibition The Relativity of Matter which van Veluw realized in Marres in 2015.

A perfect cube is set in the middle of a space. It looks like a massive construction, yet behind its dark walls, like a creator, the inventor, the artist, the maker builds a new universe. He invents, collects, organizes, arranges, makes, forges and polishes. The monolith is the source. Outside of this core exists an alternative reality that solely originates in this ‘laboratory’.

The visual elements such as grids, geometric shapes, a desk or specific surroundings, all reminiscent of van Veluw’s previous work, are made visible in a variety of ways. Sometimes they appear familiar, at other times alienating or fragmented, disconnected or rather reintroduced in a new context. Substantive themes, such as chaos, order, disorder or alienation, which van Veluw explored in previous works, also reappear in these works. 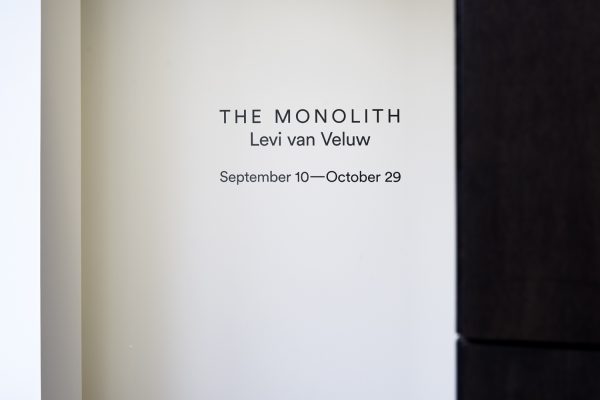 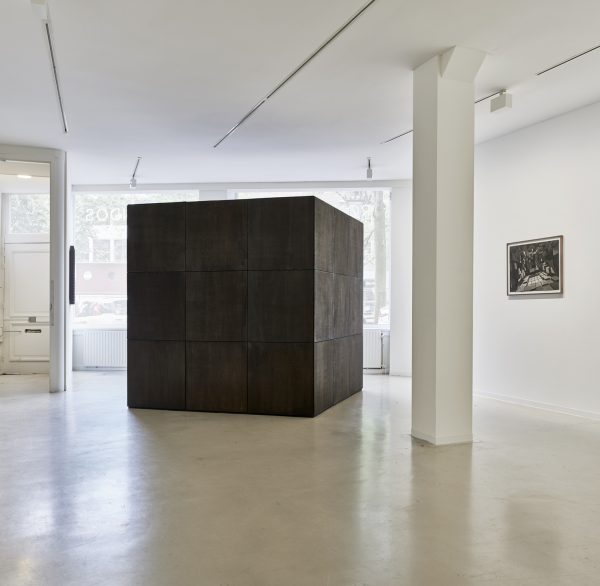 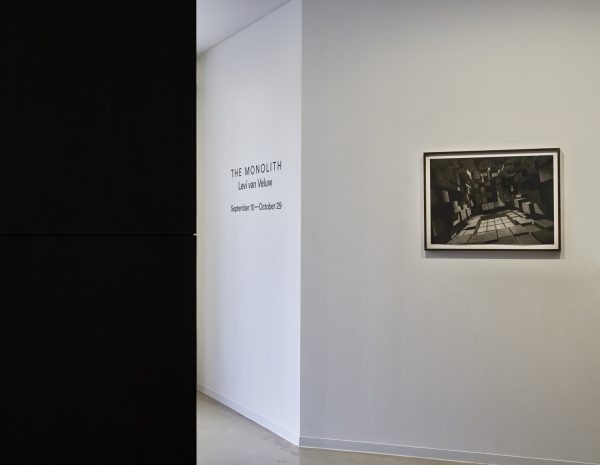 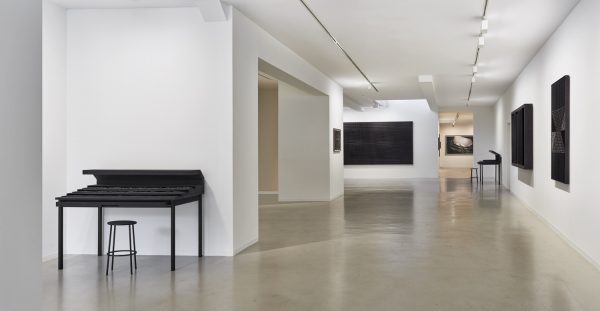 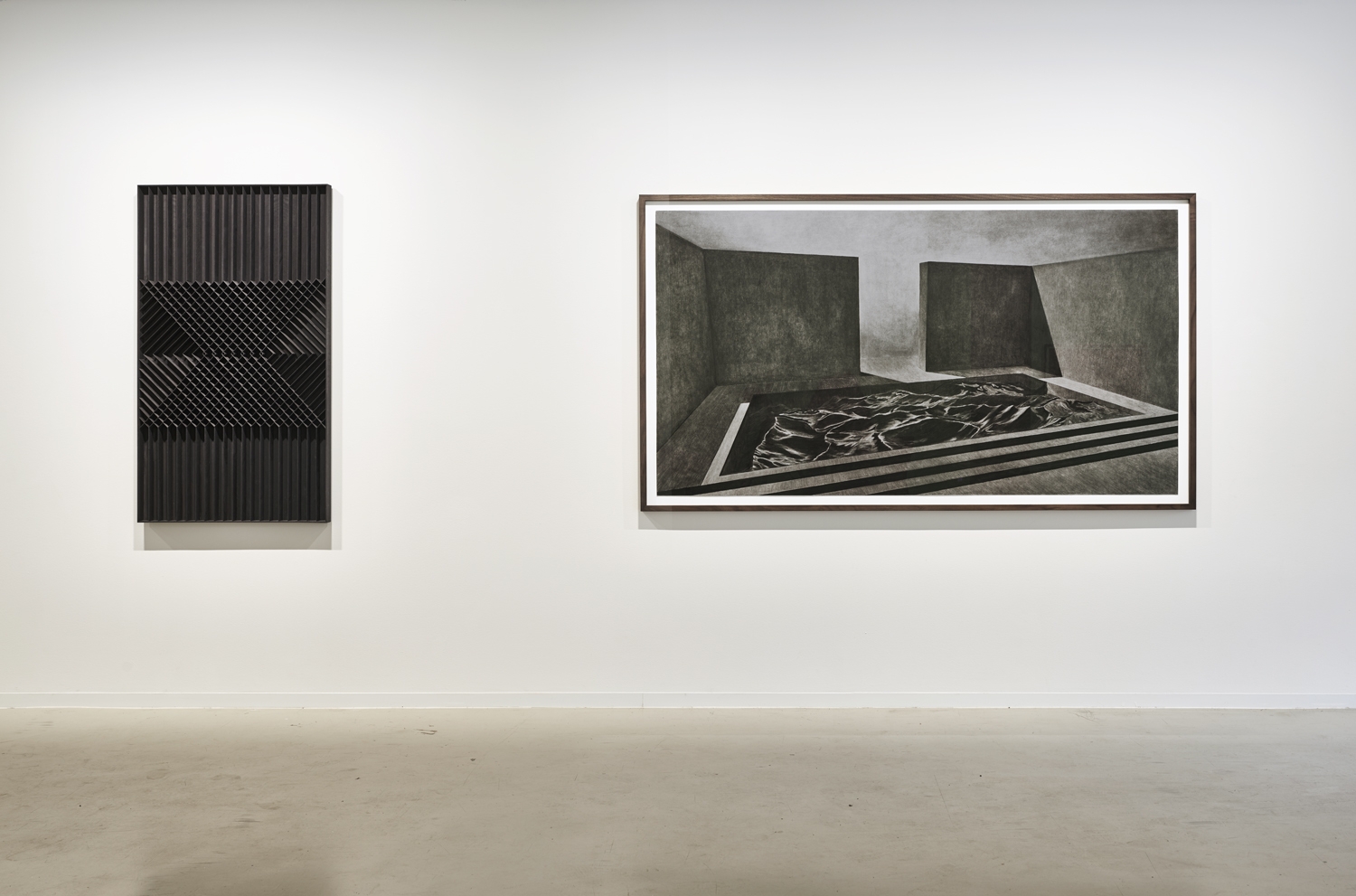 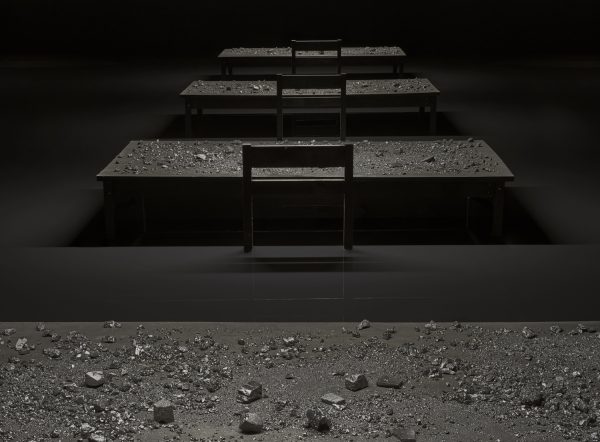 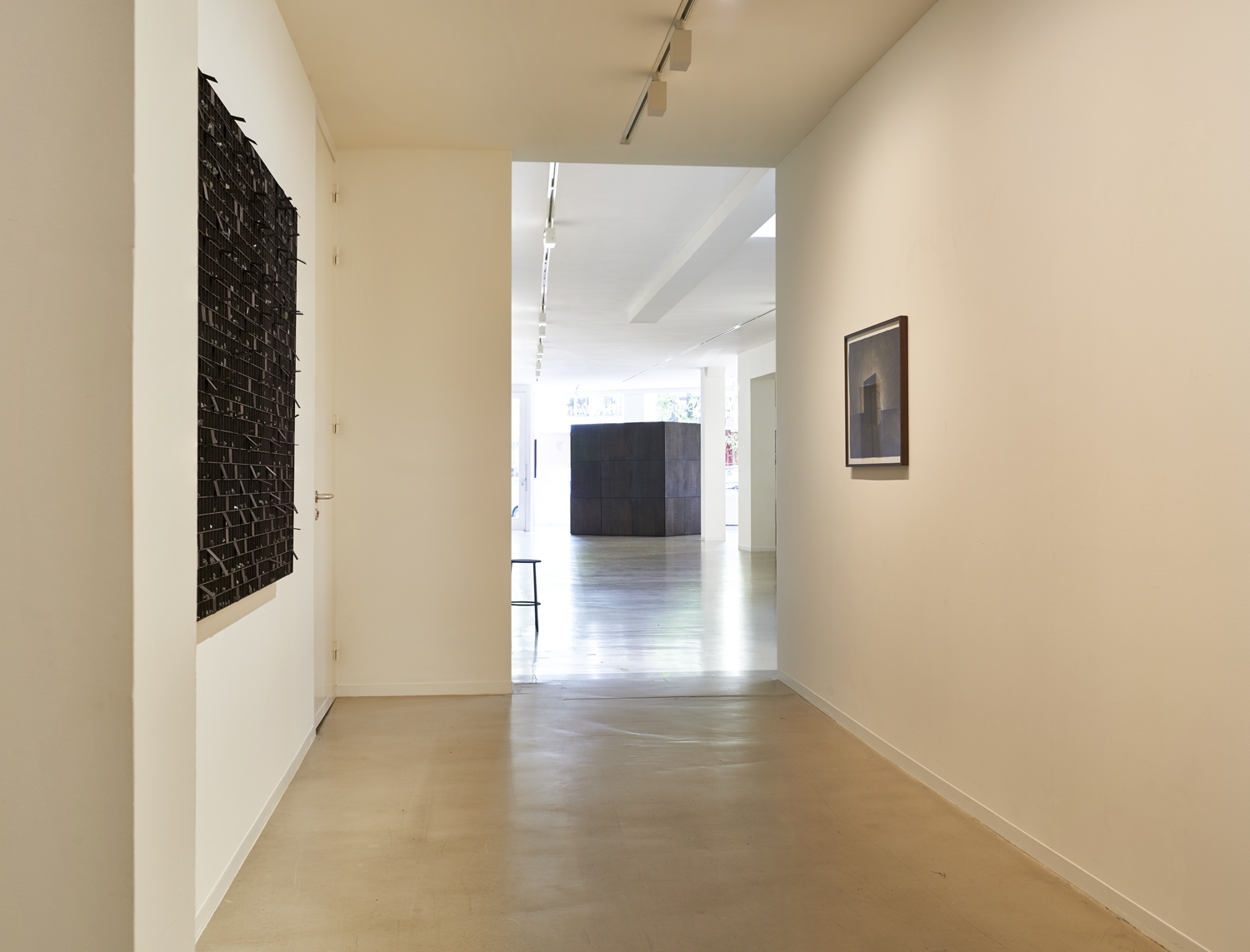 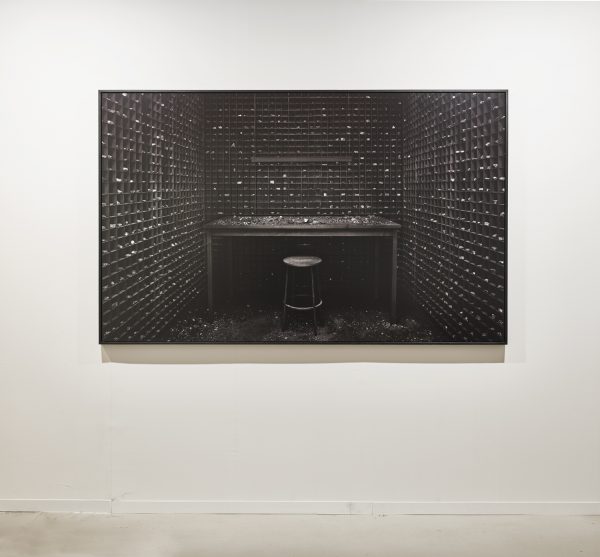 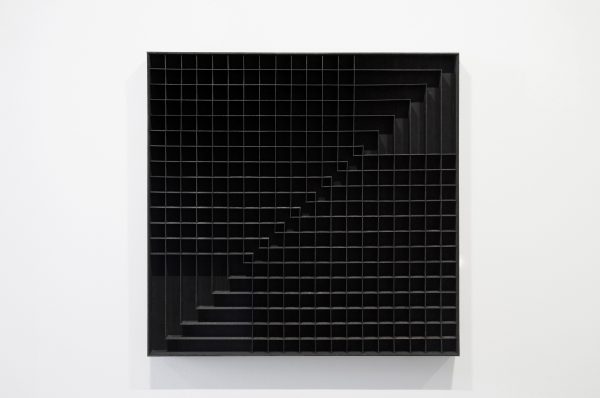 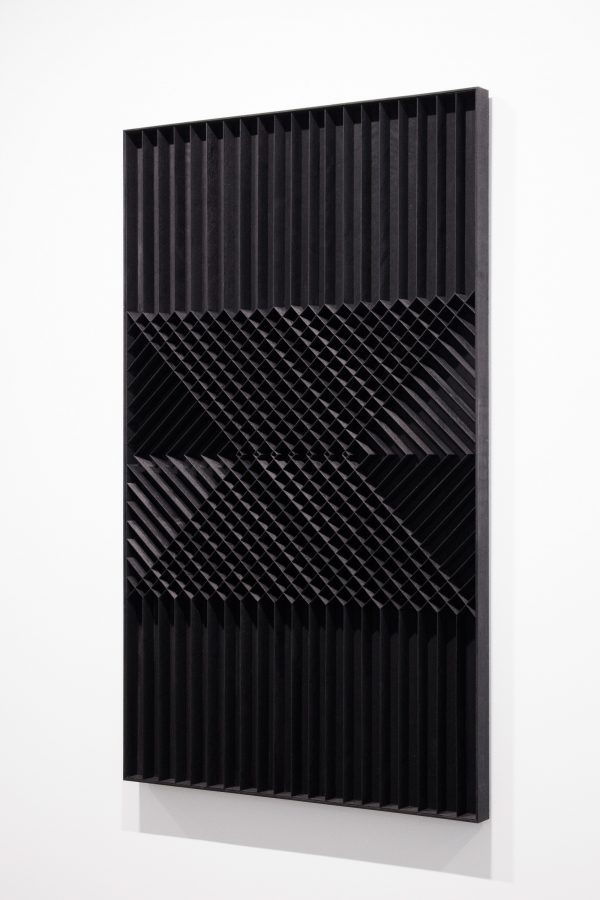 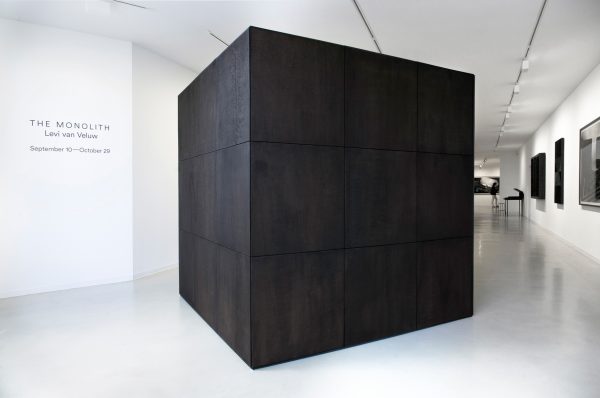 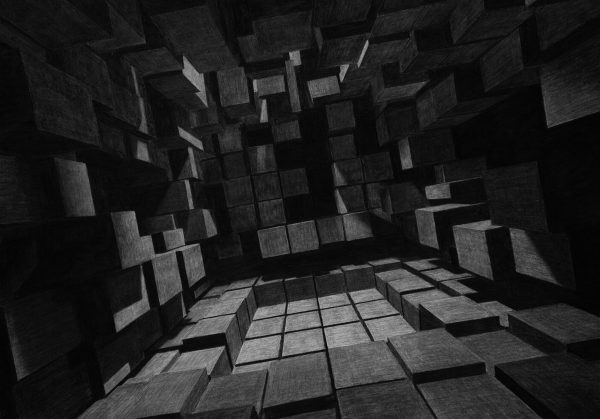 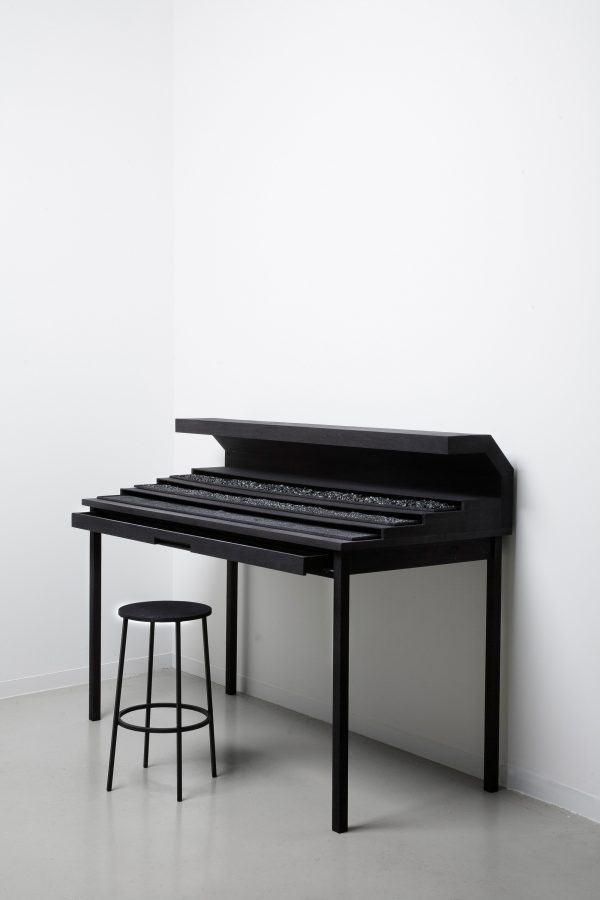 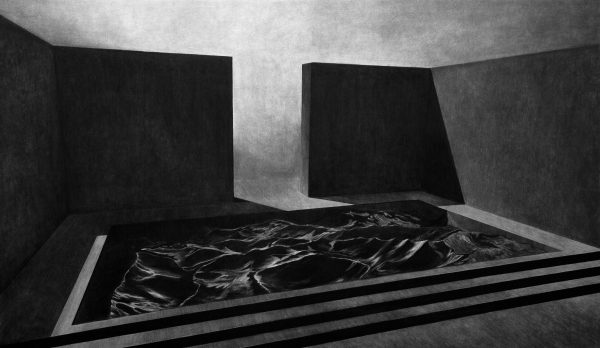 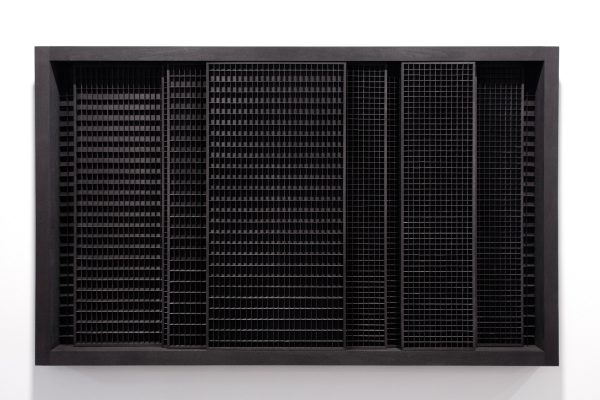 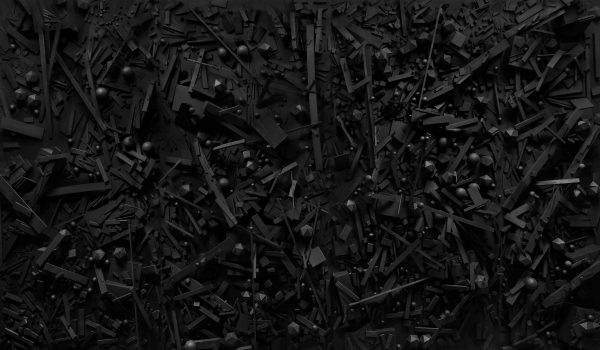 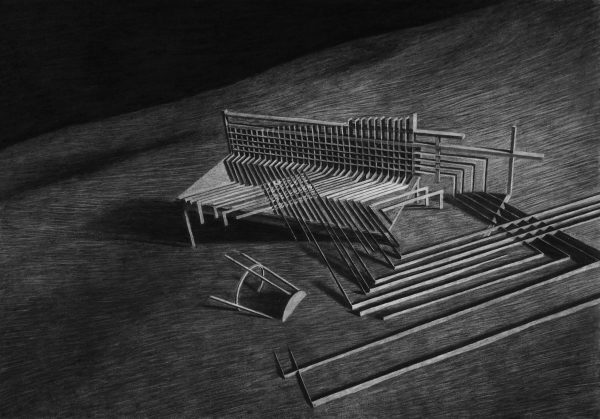 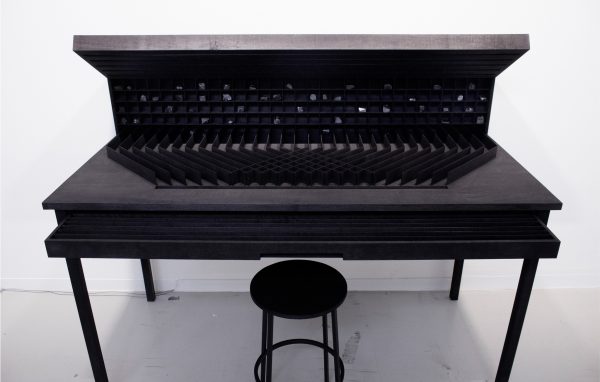 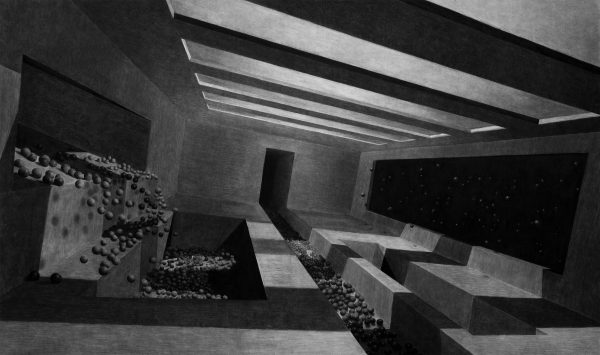 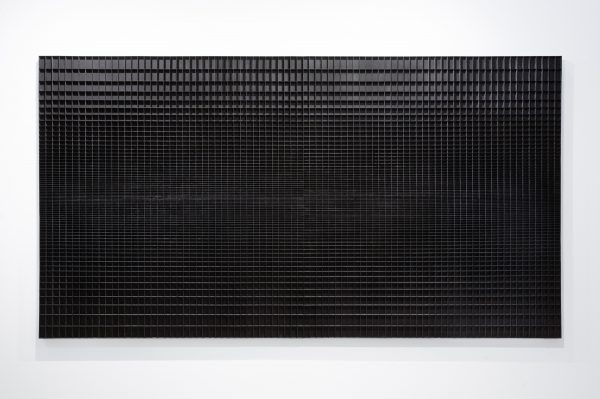 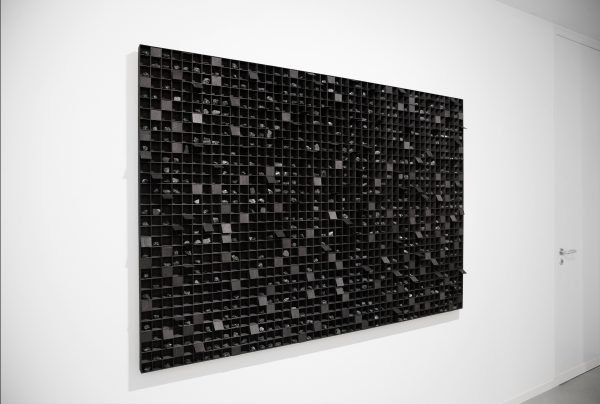 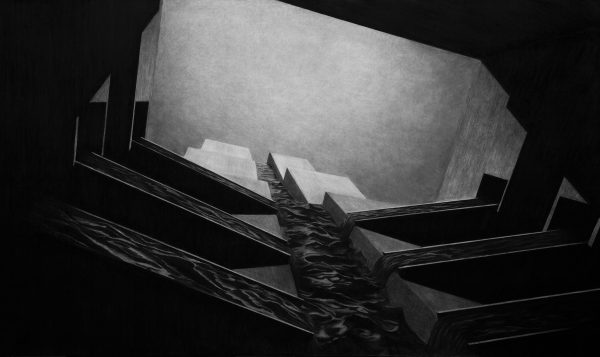 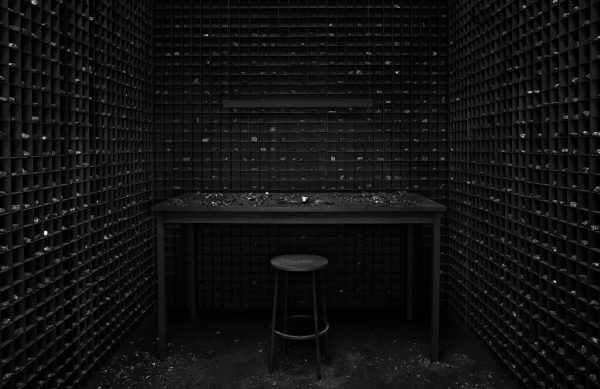 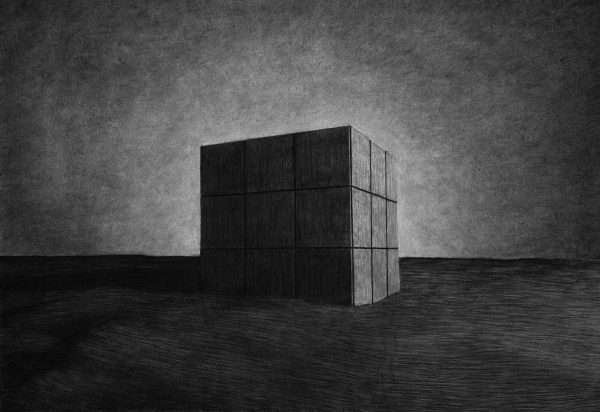 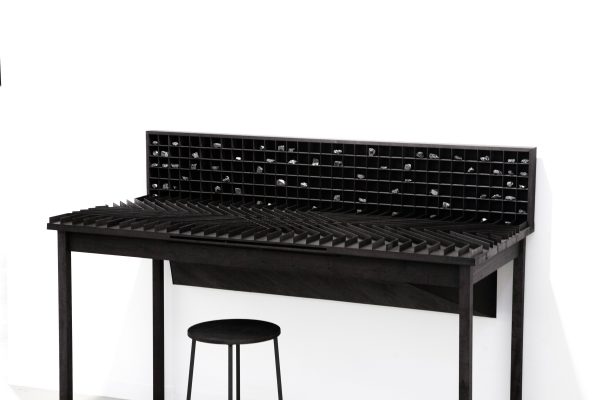