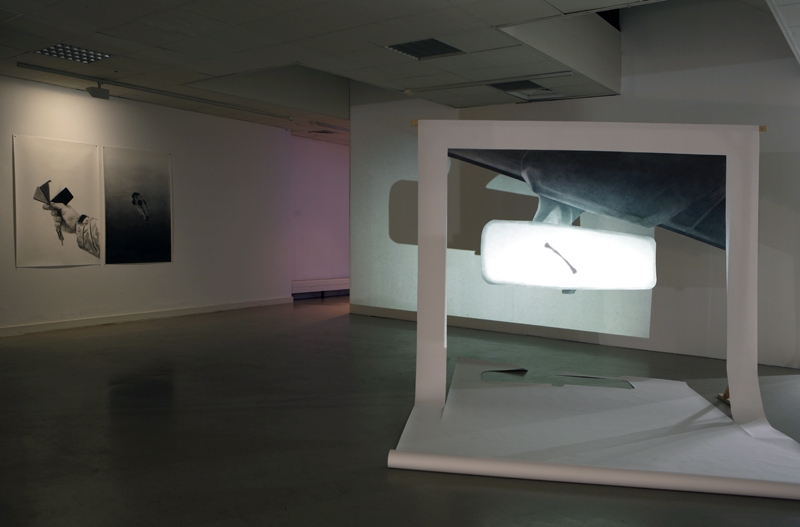 Levi van Veluw´s photo series are self-portraits, drawn and photographed by himself: a one-man-process. His works constitute elemental transfers; modifying the face as object; combining it with other stylistic elements to create a third object of great visual impact. The work you see therefore is not a portrait, but an information-rich image of colour, form, texture, and content. The image contains the history of a short creative process, with the artist shifting between the entities of subject and object.

In this exposition van Veluw will showcase his latest series ‘Landscapes’. This 4-piece series reinterprets the traditional landscape painting, removing plots of grass, clusters of trees, babbling brooks from their intimate 2 dimensional formats and transposing them onto the 3 dimensional contours of his own face. Thus a fresh twist is given to the obsession inherent in the romantic landscape of recreating the world and simultaneously being part of it. The romantic landscape and self-portrait genres are combined as a means of re-examination.

Besides the four landscapes, Levi van Veluw will also present a new video piece, landscape installation and works from two other series of photographs.

Since having graduated from the Artez Art School in Arnhem the Netherlands, Levi van Veluw has enjoyed a remarkable amount of success in a short period of time, with his work being showcased in several different locations across Europe and the States, earning him a number of prestigious awards that include the Photographer of the Year Award at the IPA International Photo Awards in the USA.

Laetitia Gendre's current work mostly consists of graphite drawings and drawn installations which deal with space and light. Large scale drawings, sometimes cut, are hung on wooden structures giving them the appearance of scenery. As soon as the work is situated in three dimensions, tensions appear between the real surrounding space and the space of representation. These are not clearly divided but they cannot be perceived as homogenous either. It makes the limits between simulation and presence unclear (..like the map which is drawn to the same scale as the empire which it describes, in J.L. Borges' short story*).

Laetitia Gendre is very interested in playing with these notions. Questions abound: What is real in the experience of representing? What layers of reality does it refer to? Meaning arises from the assembly of different elements into a kind of rebus. They are taken from different contexts: art, history, films, found images or personal archives.

Exclusively for this show Laetitia Gendre will present several series of works, most of which have paradoxical connections with the idea of the moving picture. Together they create a fictional space where repetition doesn't necessarily mean narrative, and where sequential kisses, mysterious car chases or suspended stunt scenes can meet. 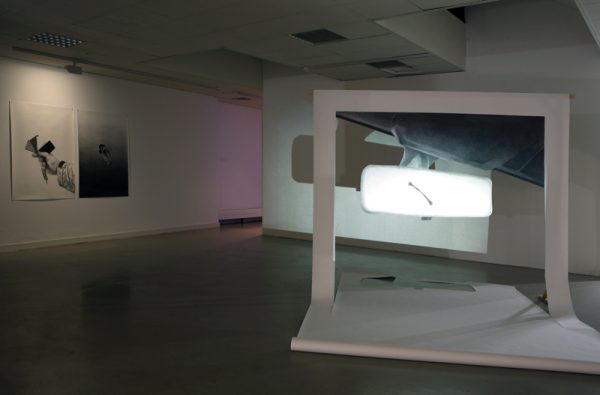 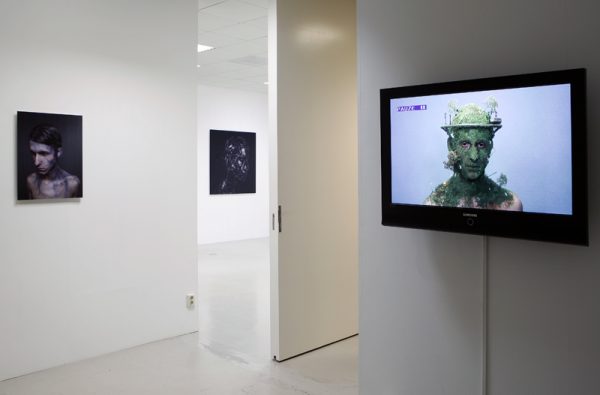 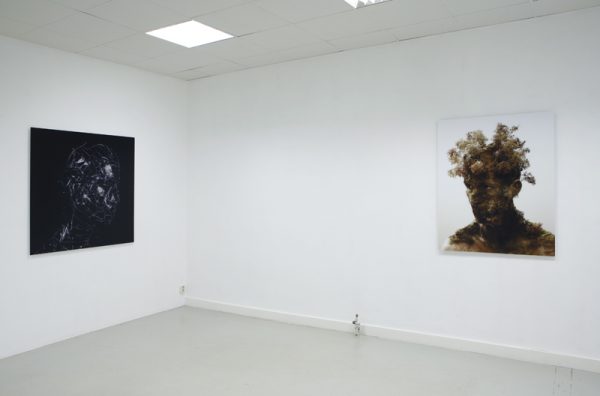 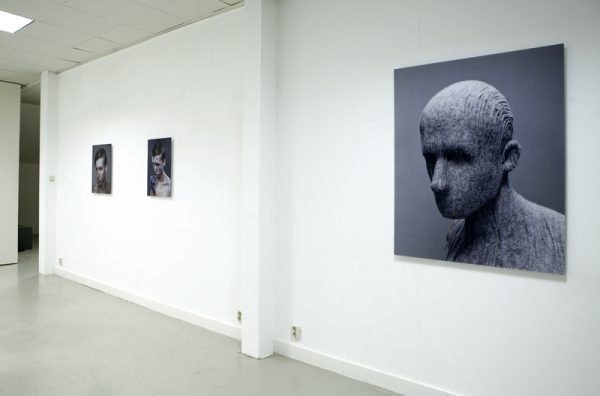 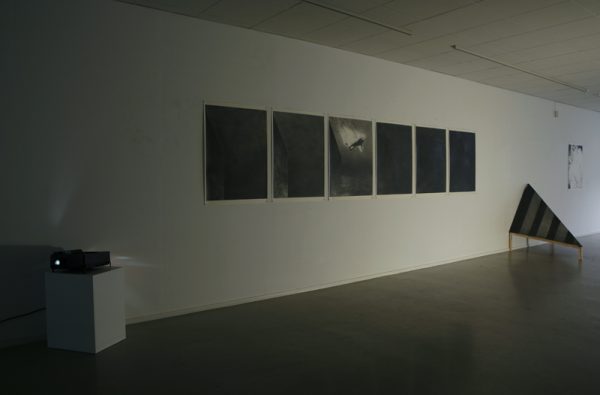 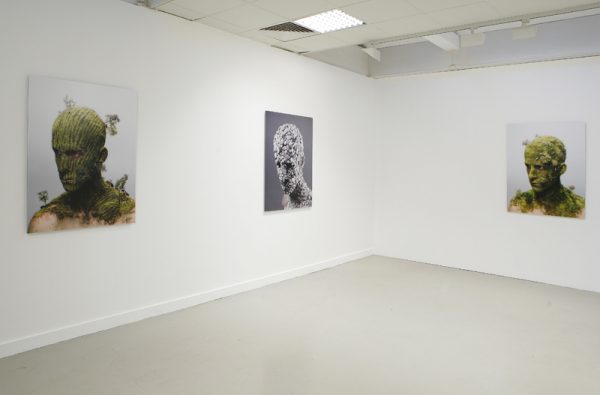 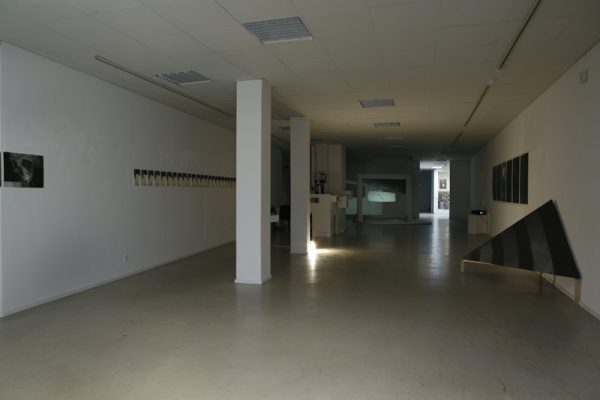 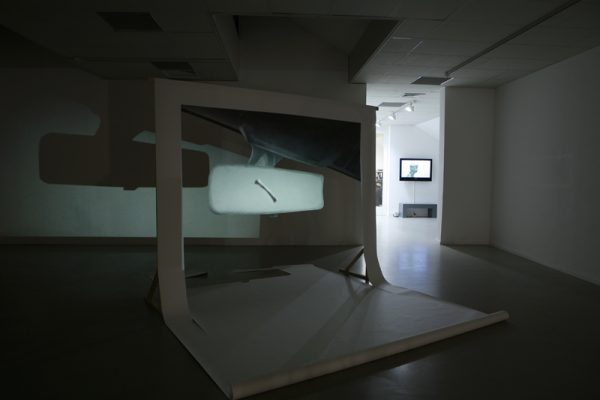