Katinka Lampe | In Times of Bigotry 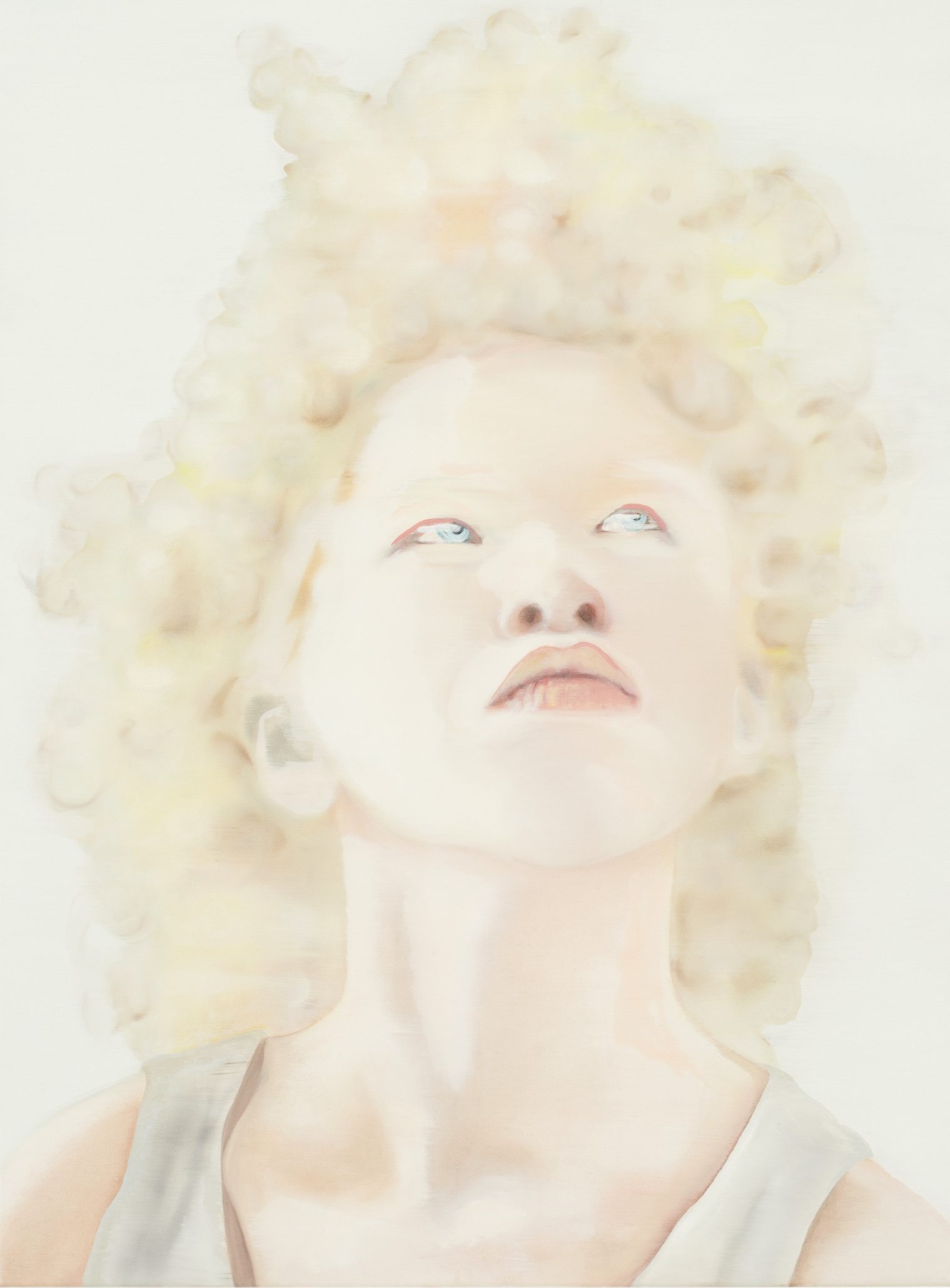 Galerie Ron Mandos is proud to present the new exhibition In Times of Bigotry by Katinka Lampe. The selected works on display highlight Lampe’s interpretation and imagery surrounding the phenomenon ‘bigotry’.

The inspiration of the theme bigotry developed as a result of the extremes in the current political atmosphere, and societal discourse. Lampe makes works using terms such as extremity, clashing realities, and black & white. This is how she came to create the work of an (innocent) child wearing a muzzle, she painted her most white painting yet, and her most extreme black canvas. For the white works, Lampe asked albino models to pose for her. More so than in previous series, light, or the absence thereof, plays a roll.

The painting itself is a slow process. The works often have up to ten layers of paint, and each layer needs one week to dry. This rigorous procedure assures the impeccable finish of the final piece. Additionally, through using moulds, Lampe’s works contain a certain sense of control, giving the work a somewhat artificial feel.

Although at first glance the paintings may appear portrait-like, the focus is not on those portrayed. The personal qualities and individual characteristics of the model are removed with the greatest of ease. The model serves only as a means through which Lampe’s interpretation of the world, and the theme in which she works, can be depicted. Through this distance to traditional portraiture, Lampe has the freedom to add and remove aspects as she sees  t. The majority of the models are young, a conscious choice as their facial expressions are less formed, and the young faces and expressions can more easily be shaped to suit Lampe’s vision. This artistic process is Lampe’s way of researching and understanding the world, culture and identity.

Lampe’s paintings are highly aesthetic, technically skilled, and simultaneously convey a sense of mystery. They often contain a surprising element, or a subtle imperfection, which may unhinge the viewer. In Times of Bigotry shows the exciting developments in Katinka Lampe’s oeuvre.

During the weekend 5 – 7 May, we will be part of the Amsterdam trail. For further information please follow this link. 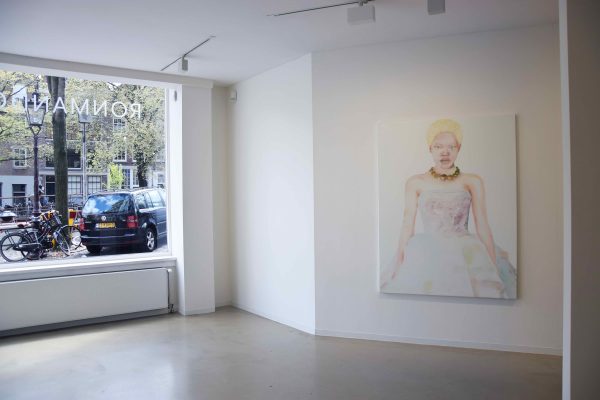 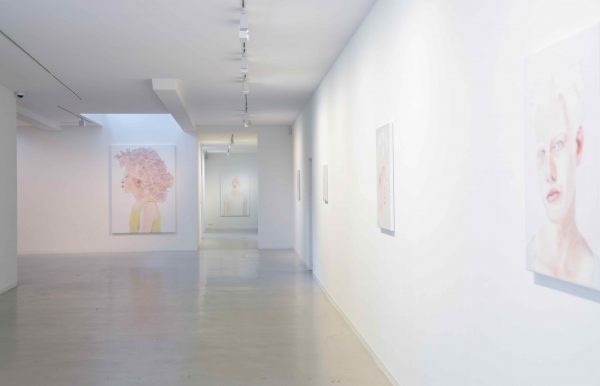 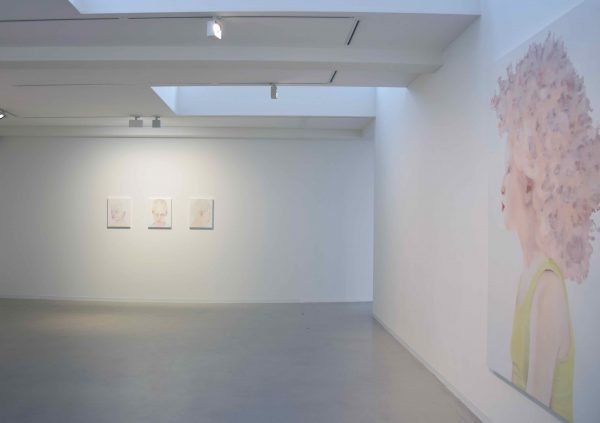 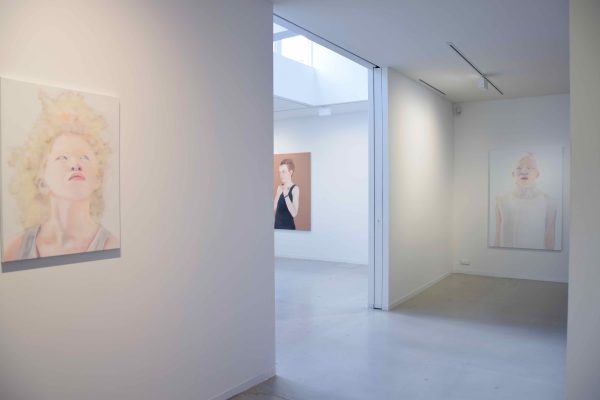 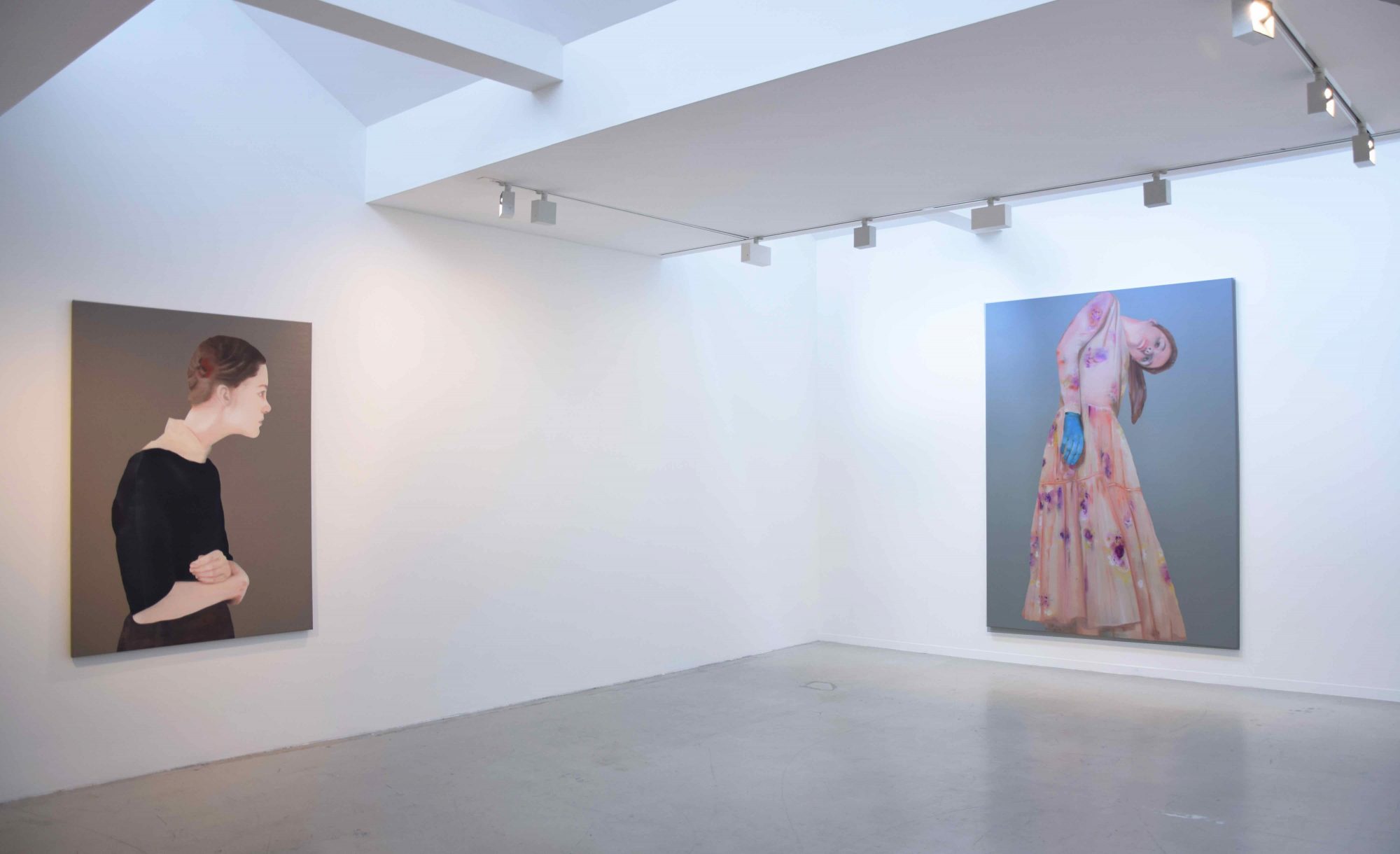 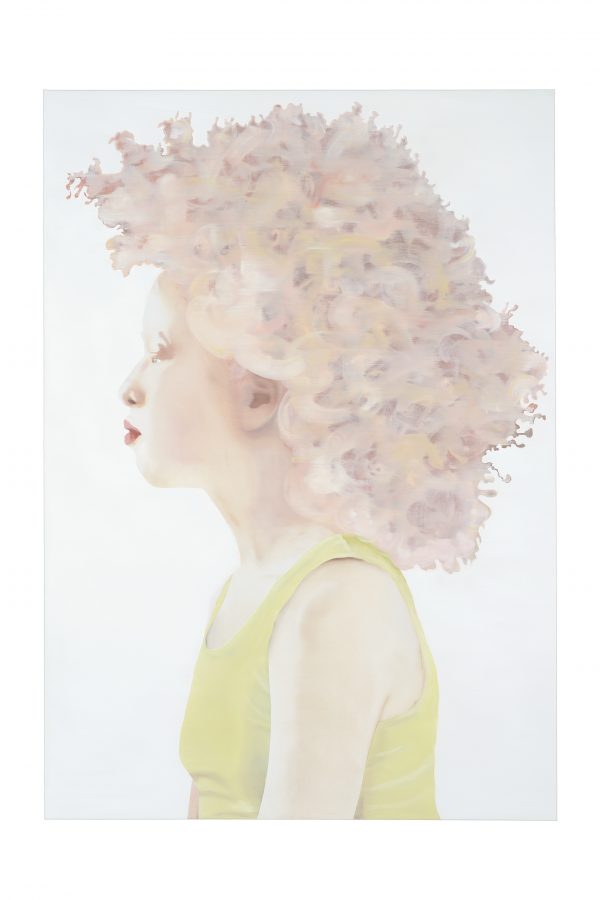 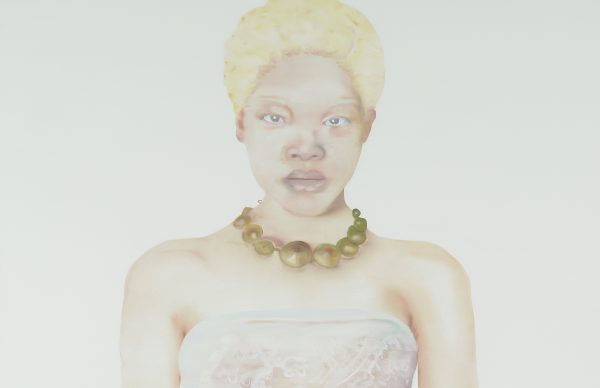 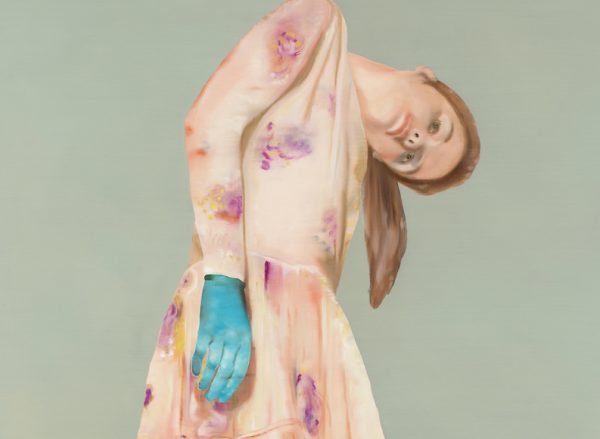 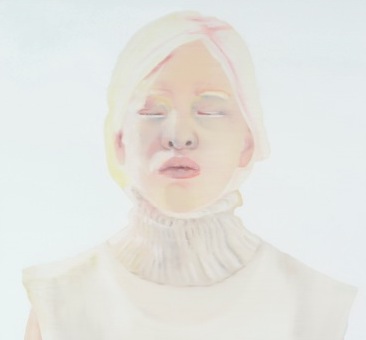 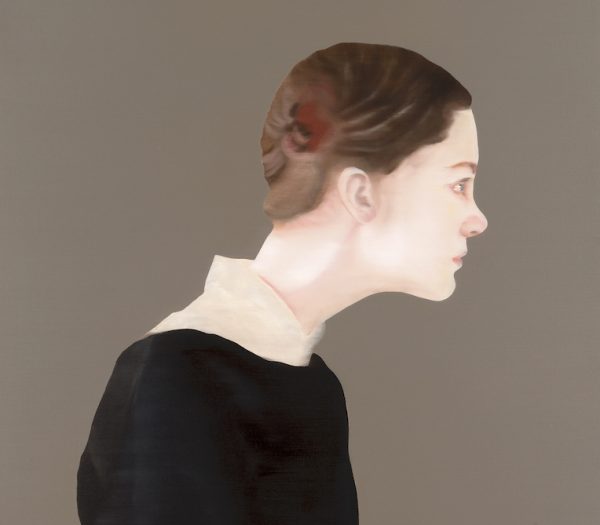 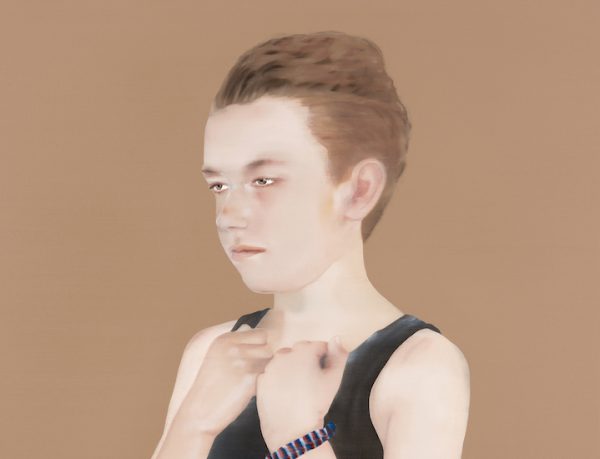 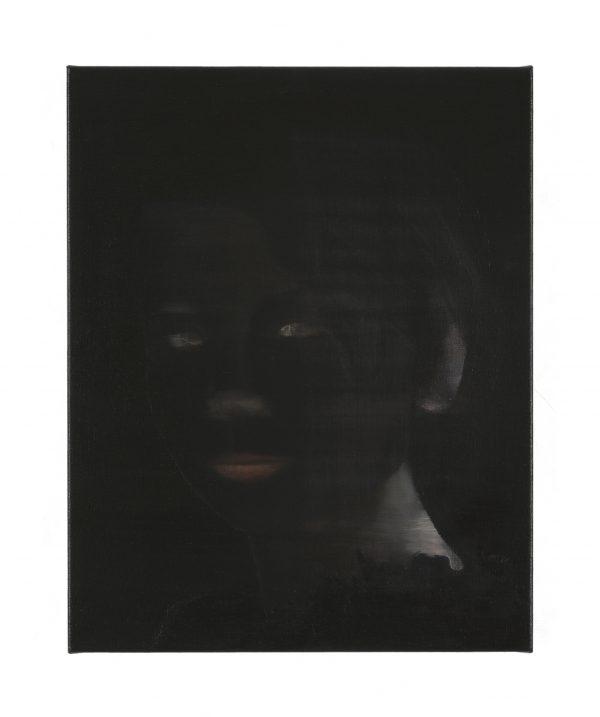 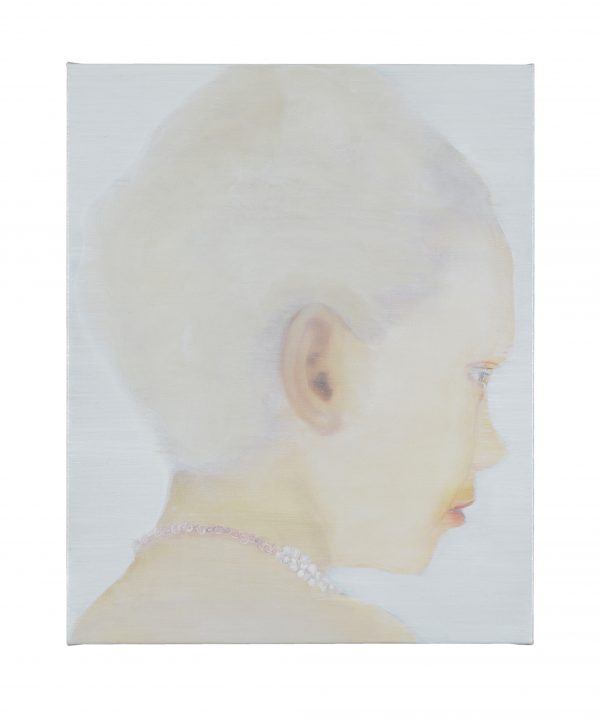 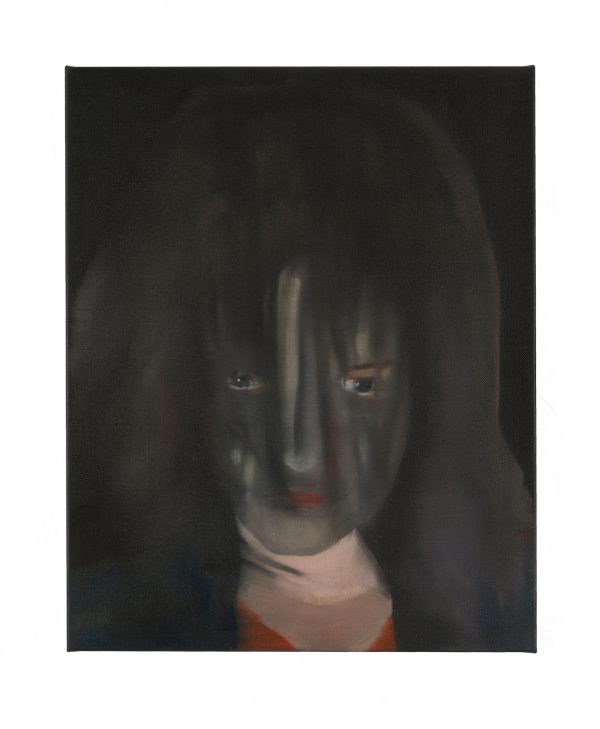 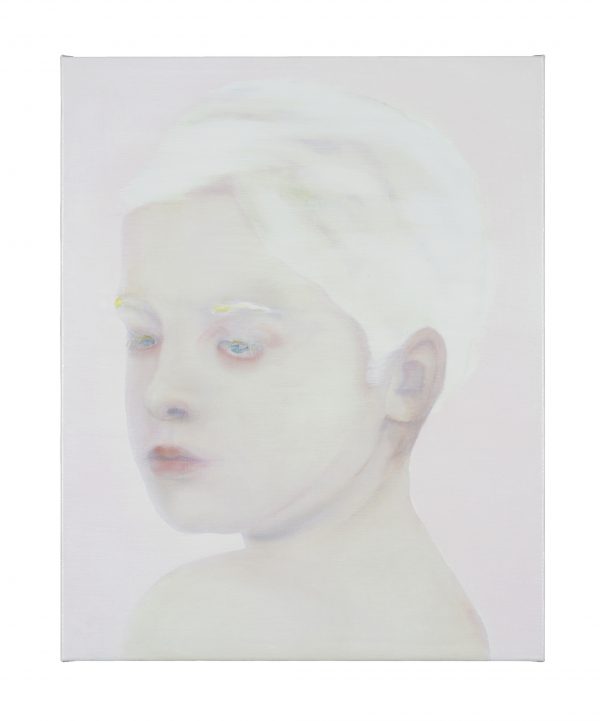 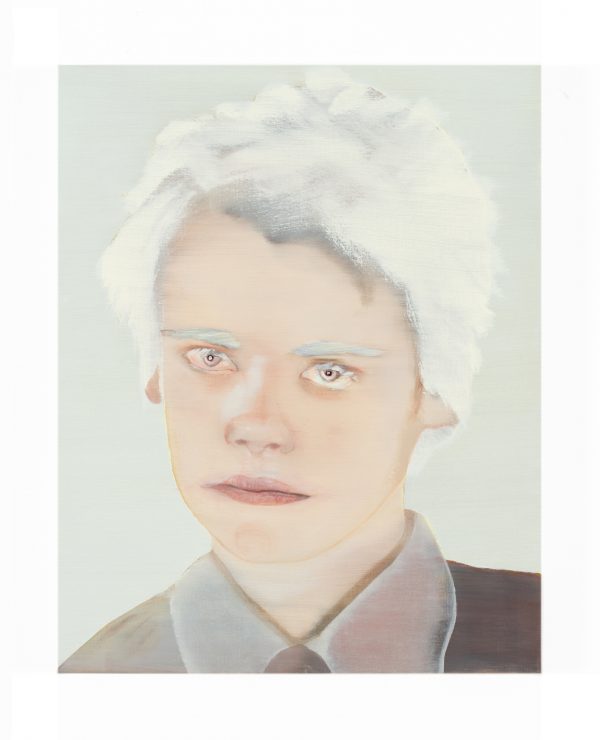 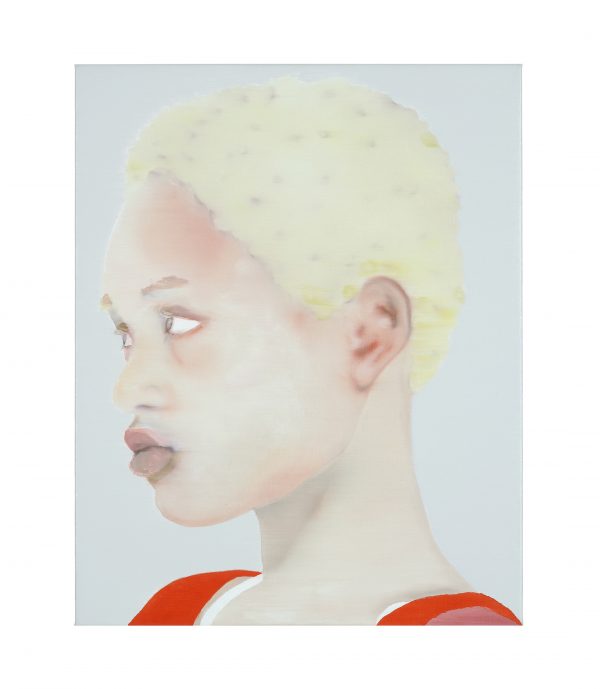 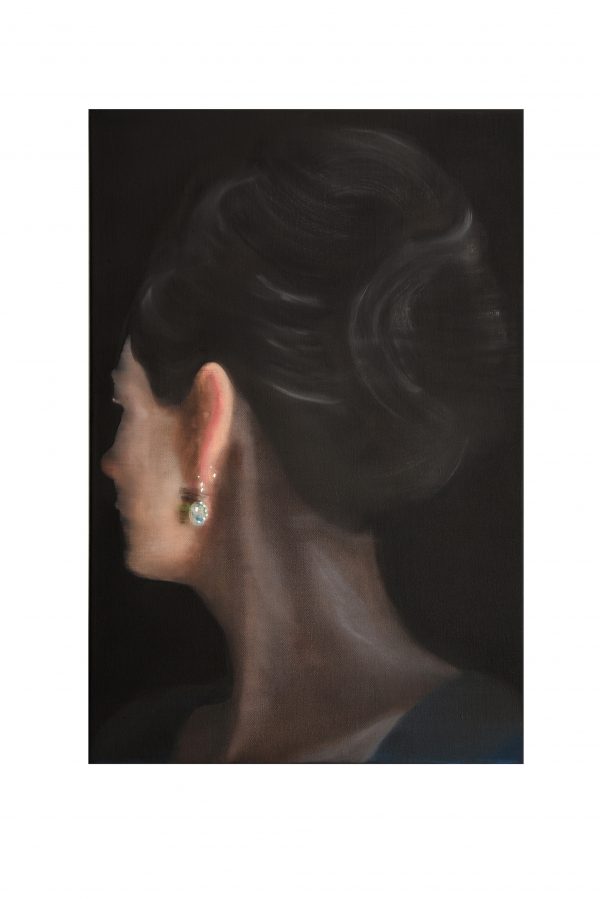 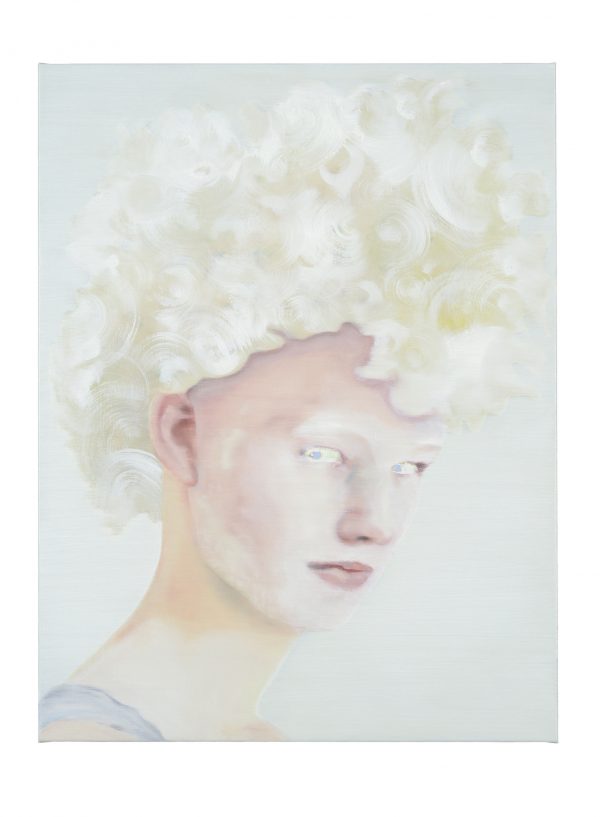 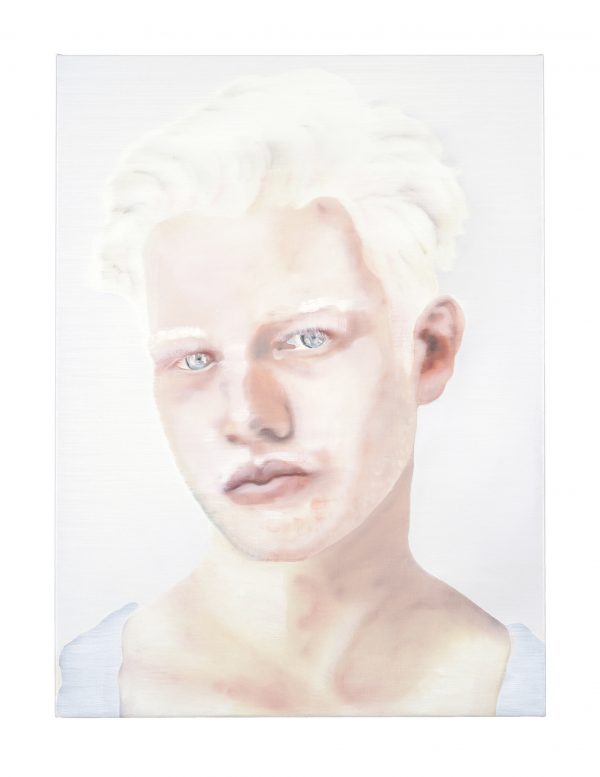 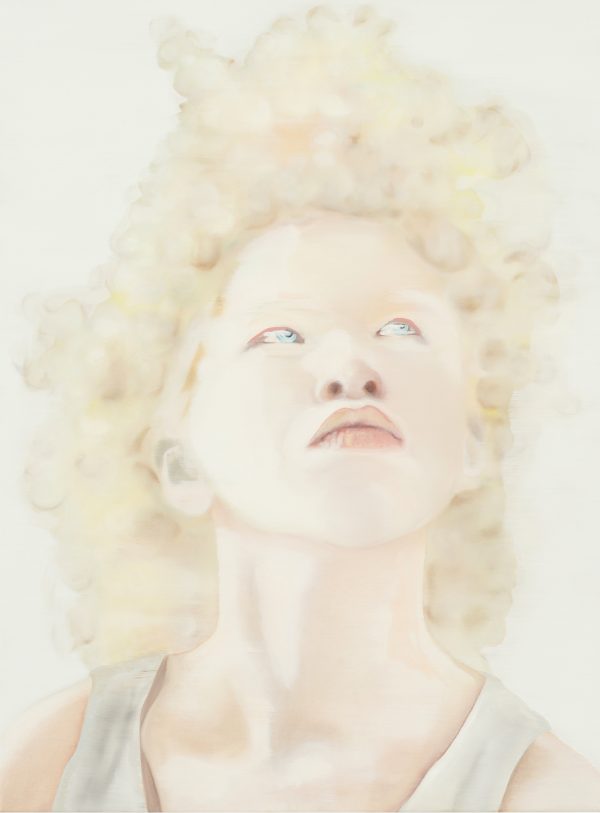 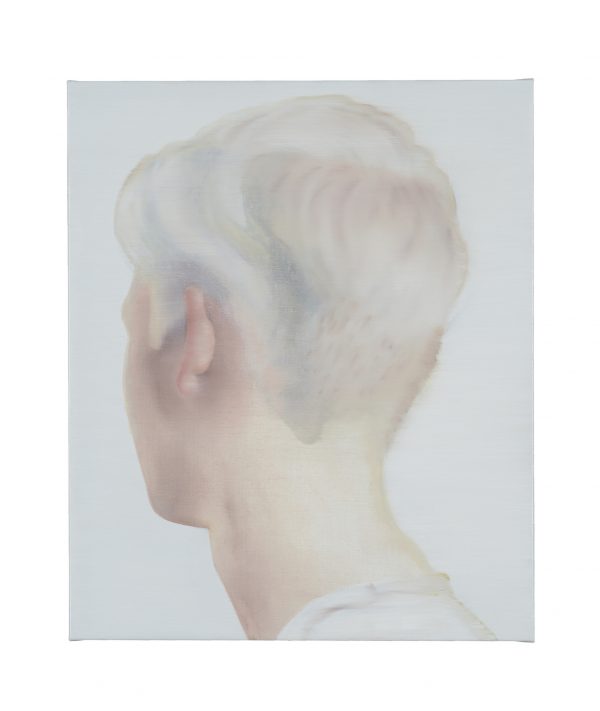 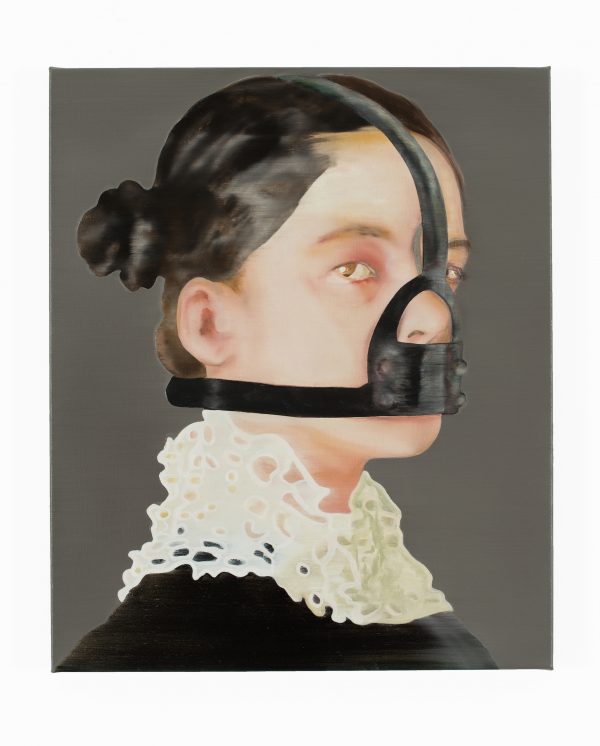 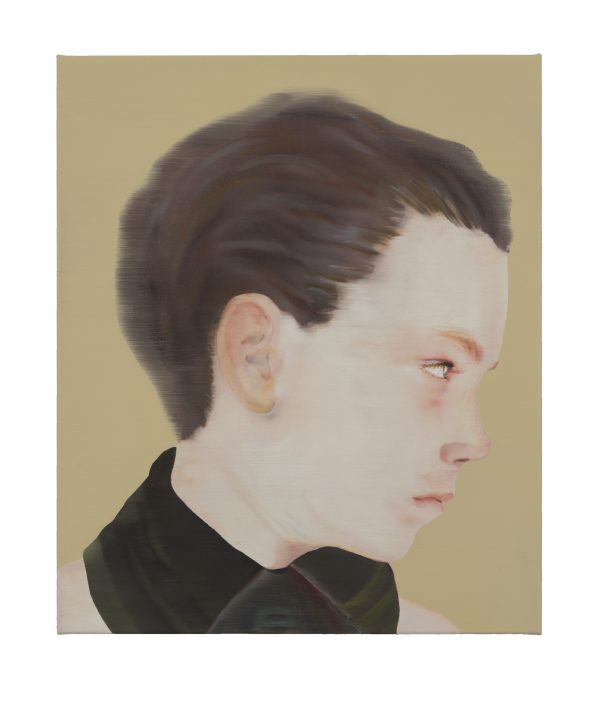 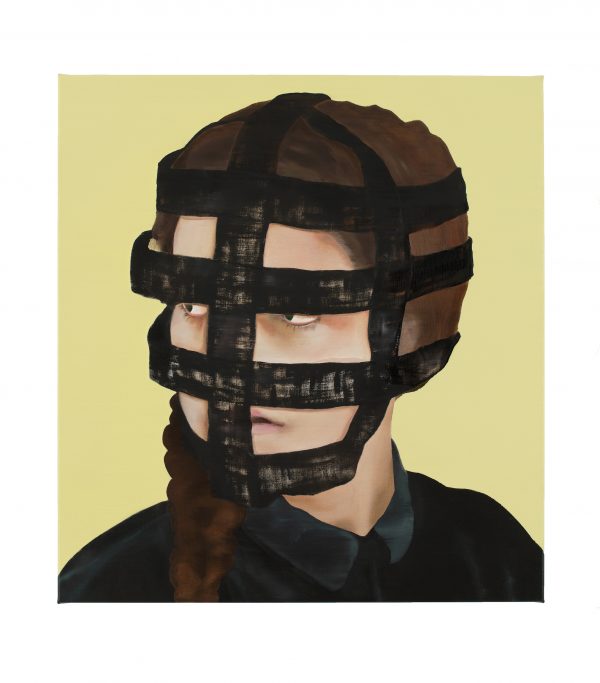 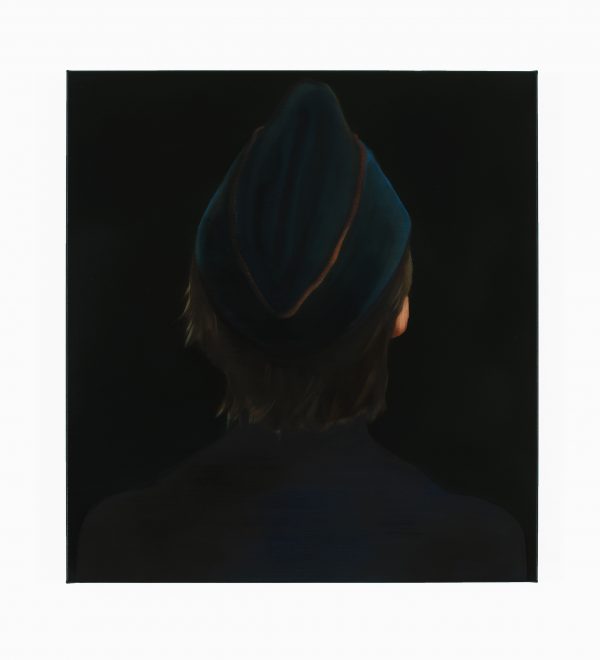 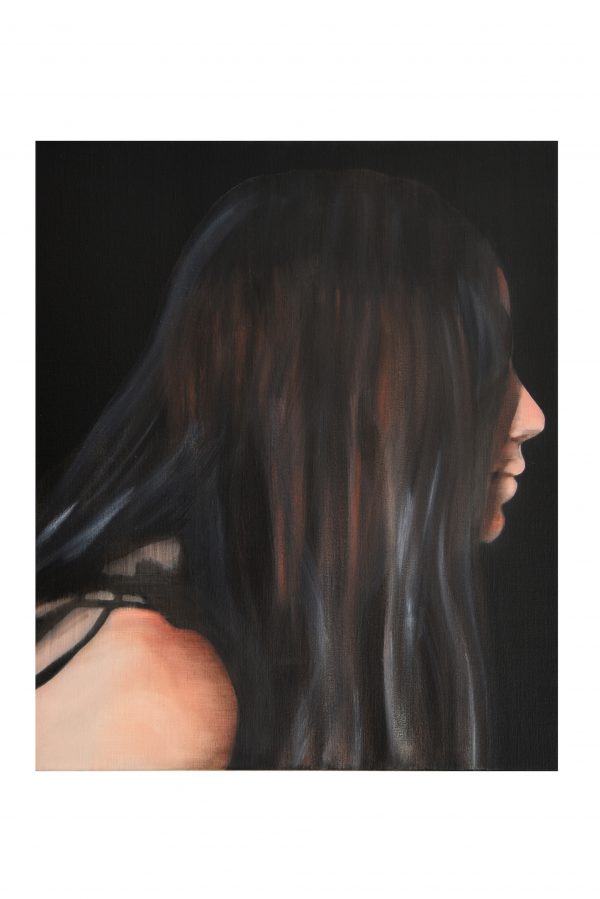 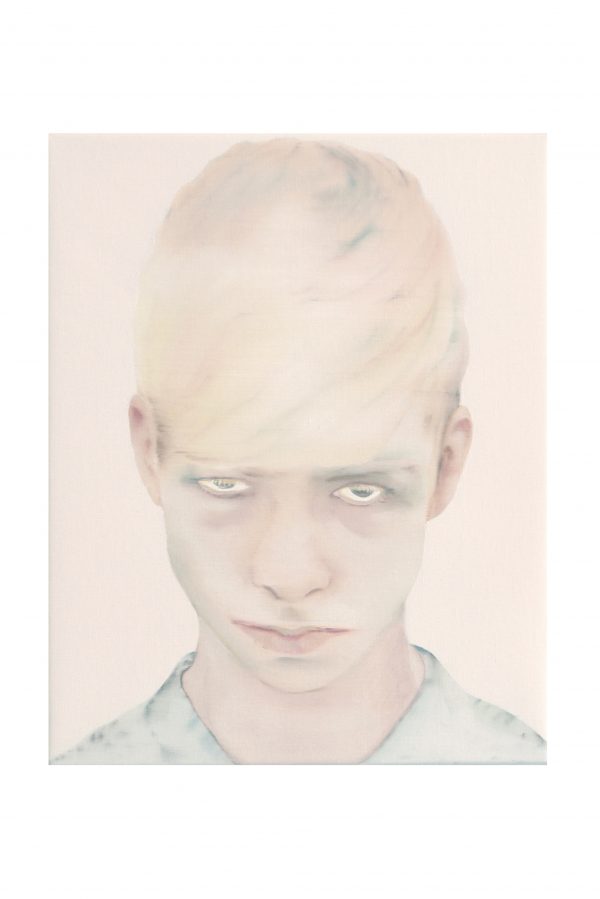 Katinka Lampe traverses the realms of figurative, expressionist, and abstract painting in her soft, yet uncanny, portraits. Her works, though imbued with a sense of realism, are not meant to represent those that they depict. Resemblance is not the defining characteristic of these pieces. Instead, the artist sees the figures as visual impressions that, once transformed by her gaze, become representative of larger themes within society, rather than the individual.

Lampe often uses accessories loaded with connotation to provoke loose characterizations of theme and mood. The imposed roles played by her models, their poses, expressions, and their way of being dressed, mostly copied from magazines, the internet or old master paintings, obscure their personality and provoke deeper and subjective meaning in the minds of the viewers. Through these juxtapositions the artist explores important societal themes relating to identity, aging, color, and the ever-growing dependence on media.

Katinka Lampe was born in 1963 in Tilburg, NL
She lives and works in Rotterdam, NL