Julian Rosefeldt | In the Land of Drought

Galerie Ron Mandos proudly presents a solo exhibition by the renowned German artist and filmmaker Julian Rosefeldt (1965). In his films and photographs Rosefeldt creates a highly aesthetic universe, with explicit formal references to the history of cinema and painting, but at the same time dealing with important social and political subjects such as totalitarianism, ecology, homeland and migration, all treated in an ongoing playful dialogue with pop culture.

In his meditative installation In the Land of Drought (2015/17), Rosefeldt looks back from an imagined future upon the post-Anthropocene: the aftermath of significant human influence on Earth. An army of scientists appears to investigate archeologically at the remnants of civilization after humanity has made itself extinct. Shot entirely using a drone in Morocco and the Ruhr area of Germany, Rosefeldt’s images hover meditatively over desolated landscaped and ruins – abandoned film sets close to the Moroccan Atlas Mountains and the remains of industrialization. In the Land of Drought evokes—without any dialogue—a vision of a future exodus of humanity from our devastated planet.

Playing with the black-and-white esthetic of silent movies, Deep Gold (2013–14) is shot in a film studio, with complicated camera movements and a sophisticated dramatic choreography. Conceived as a possible continuation of the legendary film L’Âge d’or (1930) written by Luis Buñuel and Salvador Dali, it is a visual poem, a surrealist trip back to the Berlin of the wild 1920s, characterized by artistic avant-garde, sexual freedom and political apocalypse. Six photographic prints of the film stills accompany the film installation at Galerie Ron Mandos. 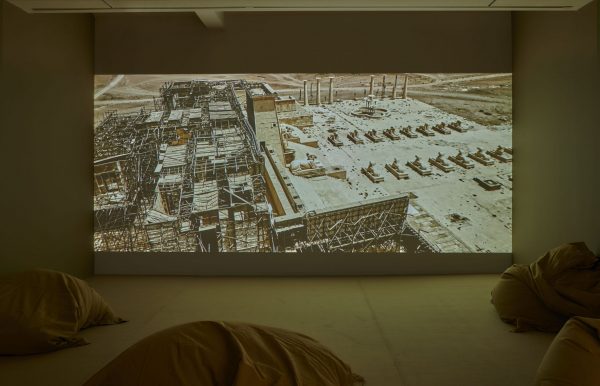 In the Land of Drought | Installation View Julian Rosefeldt 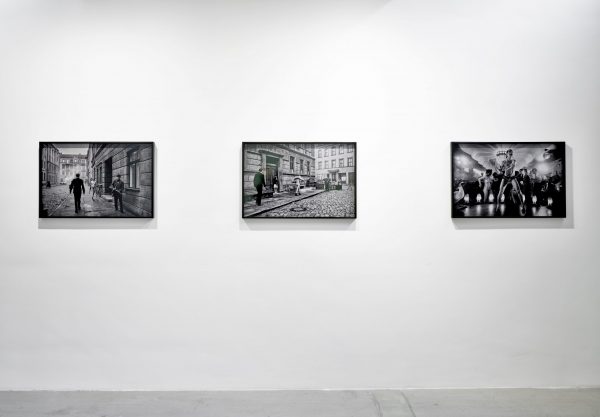 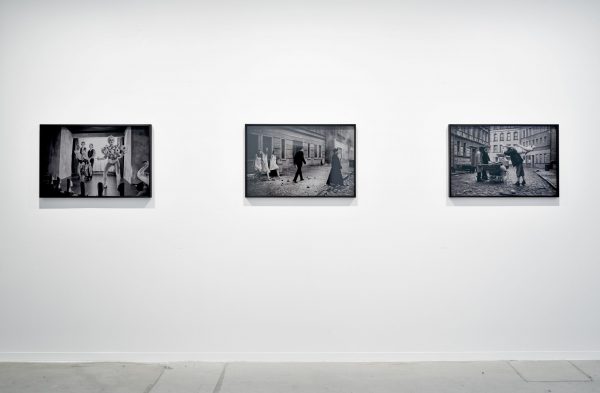 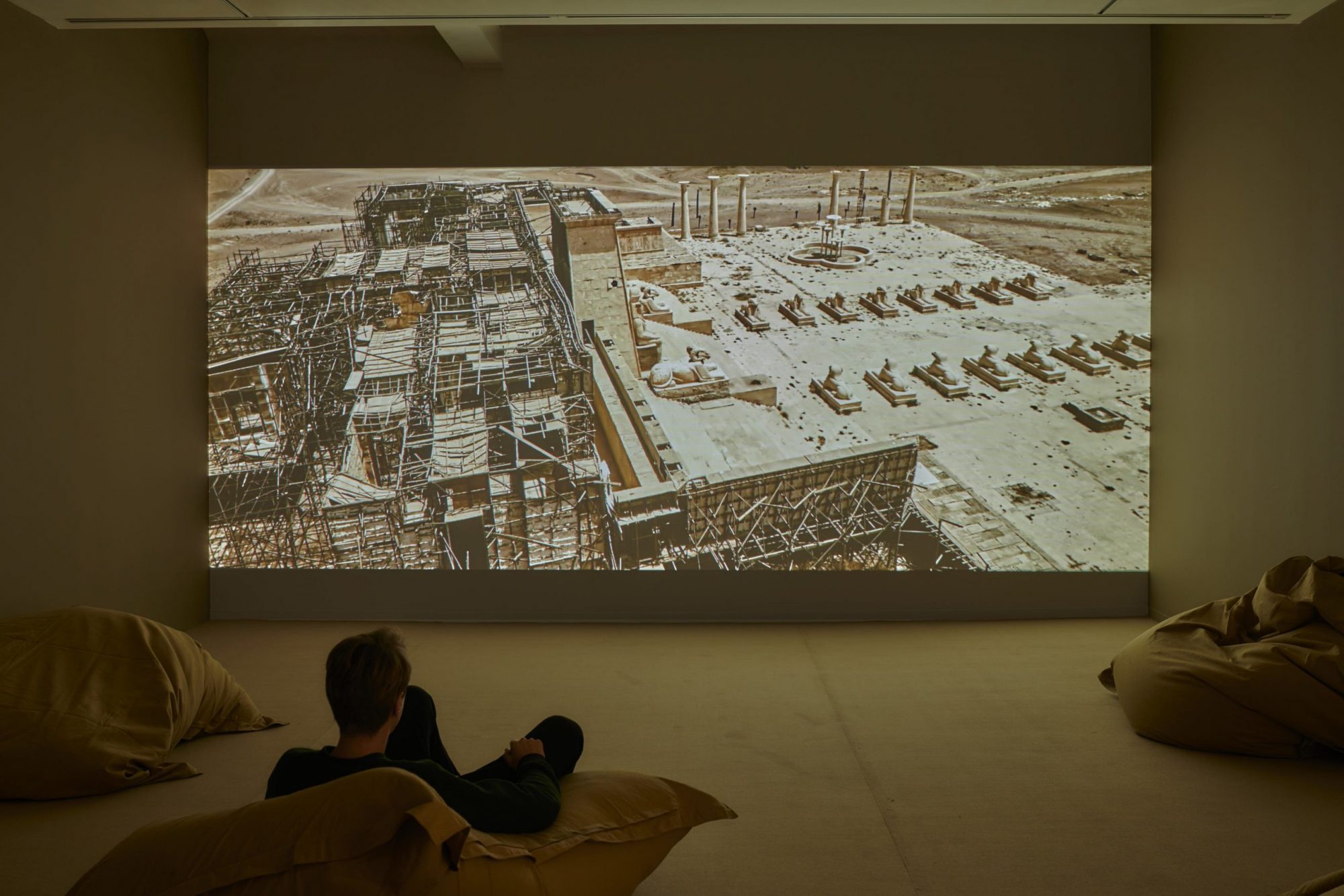 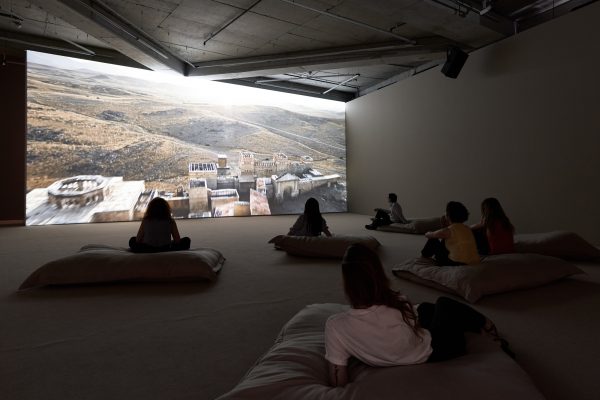 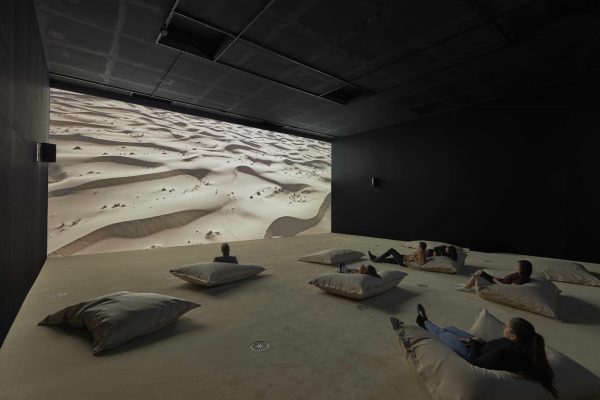 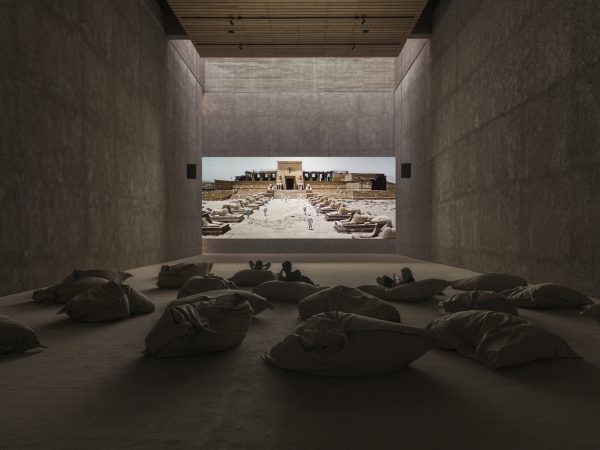 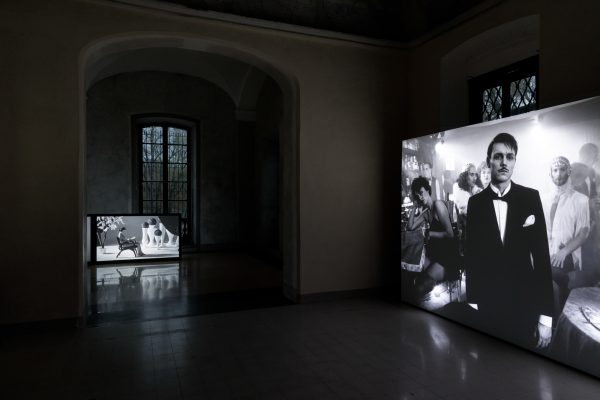 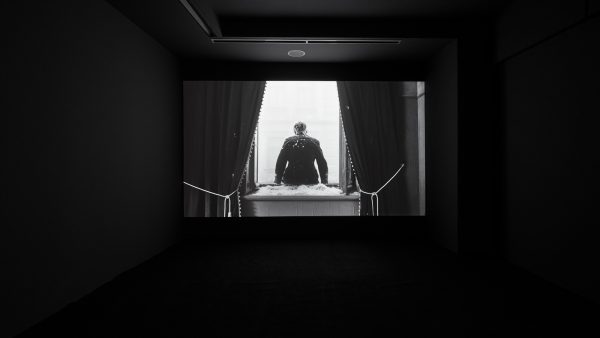 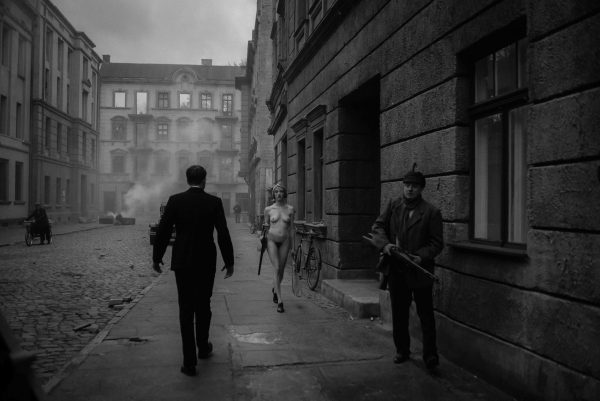 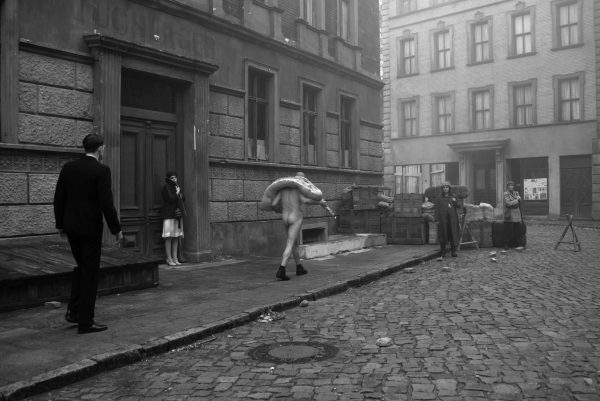 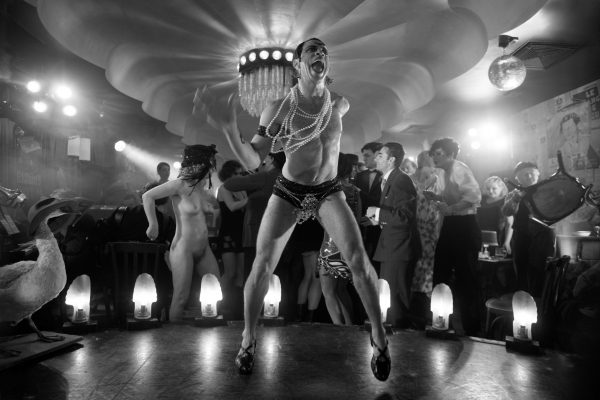 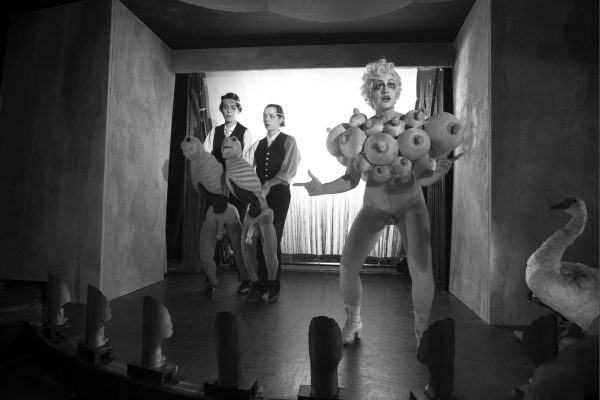 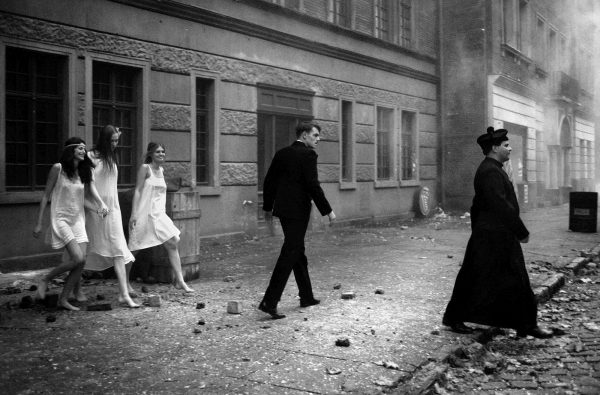 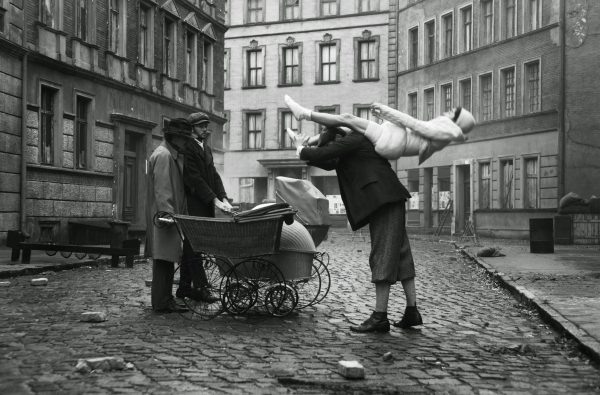 Born in 1965 in Munich, Germany
Lives and works in Berlin, Germany

Julian Rosefeldt’s work reflects the artist’s fascination with day-to-day reality, and the stereotypes, clichés and mindless repetitions that suffuse popular culture. Since the mid-1990s Rosefeldt has been producing complex film and video installations, as well as photographs, through which we can observe from a cool, detached perspective the formulaic imagery and content that is generated by contemporary media.

The artist has made a name for himself with lavishly produced 16mm and 35mm films. Projected onto several screens to create a panorama-like effect, his films carry the viewer off into a surreal, theatrical world whose inhabitants are caught in the structures and rituals of everyday life. Almost all his works are characterized by their complex interweaving of several dimensions of reality, a device used to expose the production process. Thus, his films are also a homage to the medium of film and a reflection on the construction of fictional narratives, using cinematographic and iconographic means.

Rosefeldt studied architecture in Munich and Barcelona before starting his artistic career with found-footage video installations such as Detonation Deutschland (1996), Asylum (2001-02), Trilogy of Failure (2004–05), The Ship of Fools (2007), American Night (2009), and, more recently, Manifesto (2015). Rosefeldt’s works are in many important museum and private collections all over the world, including the Museum of Modern Art, New York; the National Gallery, Berlin; and the Art Gallery of New South Wales, Sydney. Since 2011, he holds a professorship for digital and time-based media at the Akademie der Bildenden Künste, Munich.