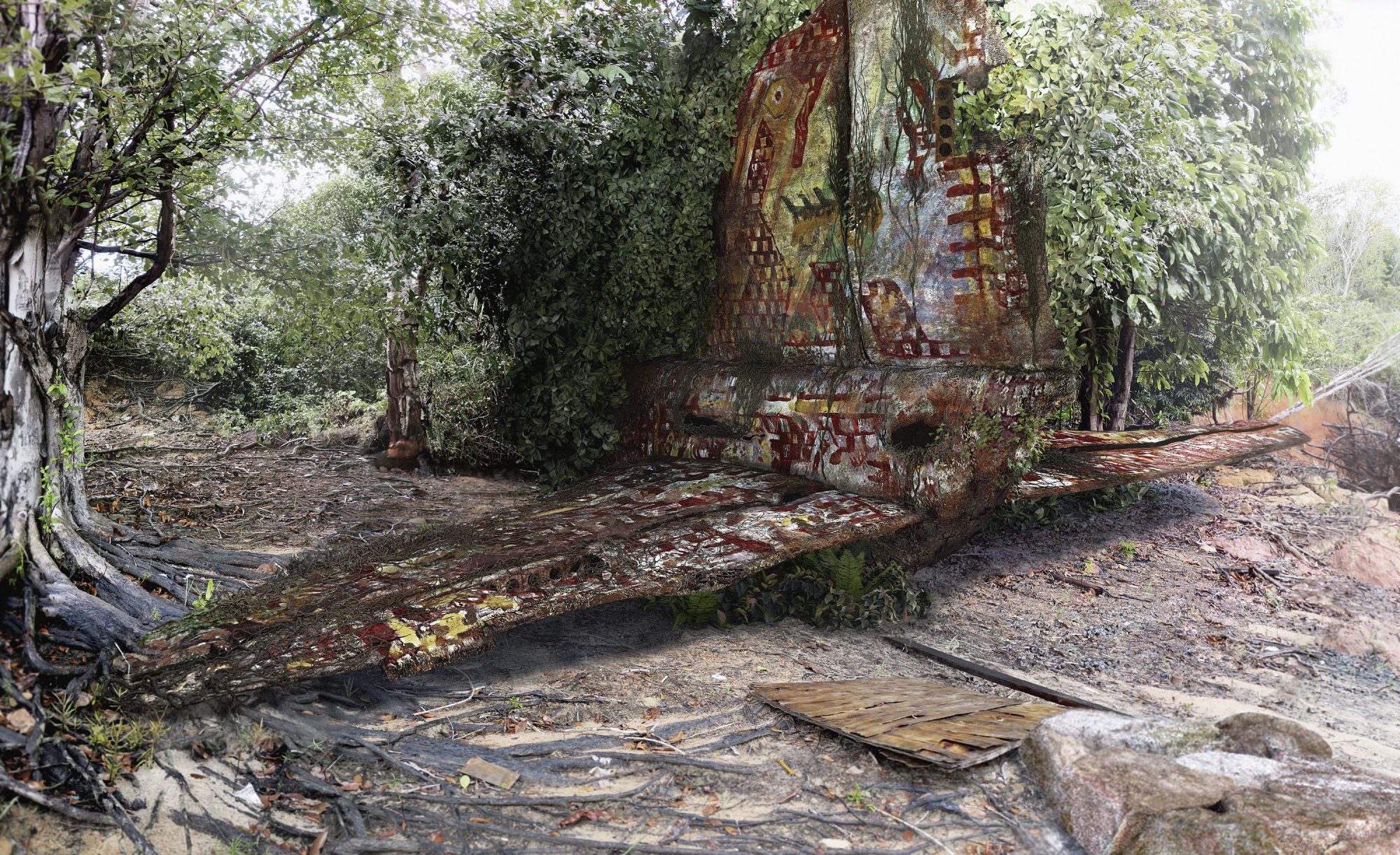 Galerie Ron Mandos proudly presents the latest solo exhibition The Brazilian Suitcase by Jasper de Beijer (NL, 1973); a partially imaginary travelogue of three expeditions to the heart of the Amazon forest, in search of a lost civilisation.

Based on numerous reports of explorers, anthropologists and documentary filmmakers, De Beijer describes three imaginary expeditions that would have occurred in 1926, 1979 and 2016.

The artist uses photographs and videos shot during his trip to the Amazon forest in 2016, combined with objects he made in his studio, computer-generated images, and archival footage of real expeditions. In a timespan of 90 years, he shows three encounters between Western explorers and the native residents of the jungle. Both groups project their fears and desires on to the other group, feeding the myth that they have carefully constructed about each other. In their endless quest for the mystery of a lost civilisation, the expedition members leave their own blueprint of traces in the forest; every object, story, ritual or habit that they imported from the Western world becomes assimilated in the tribe’s mythology. The cultural mutation that takes shape becomes a distorted echo of Western culture.

With The Brazilian Suitcase de Beijer explains an endlessly repeating mechanism which exposes a situation where it is impossible to escape one’s own point of view. Perception itself and the need to look beyond that creates a blind spot for all involved. Although the elements, situations and actors may vary, the destiny of all those involved is inevitable from the very beginning. 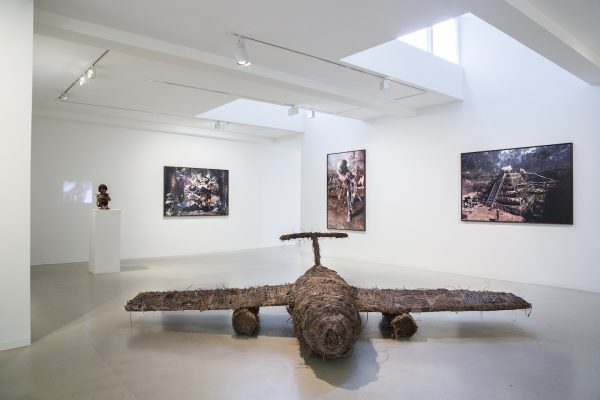 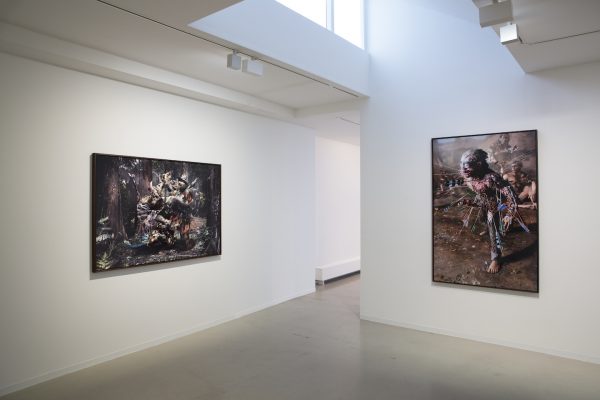 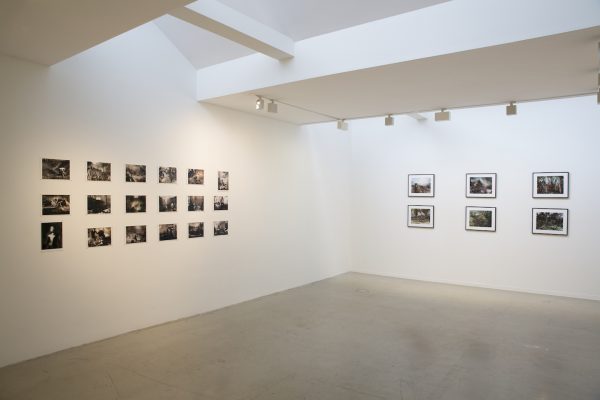 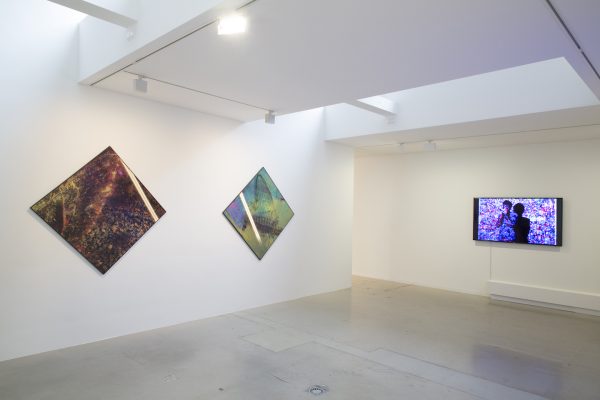 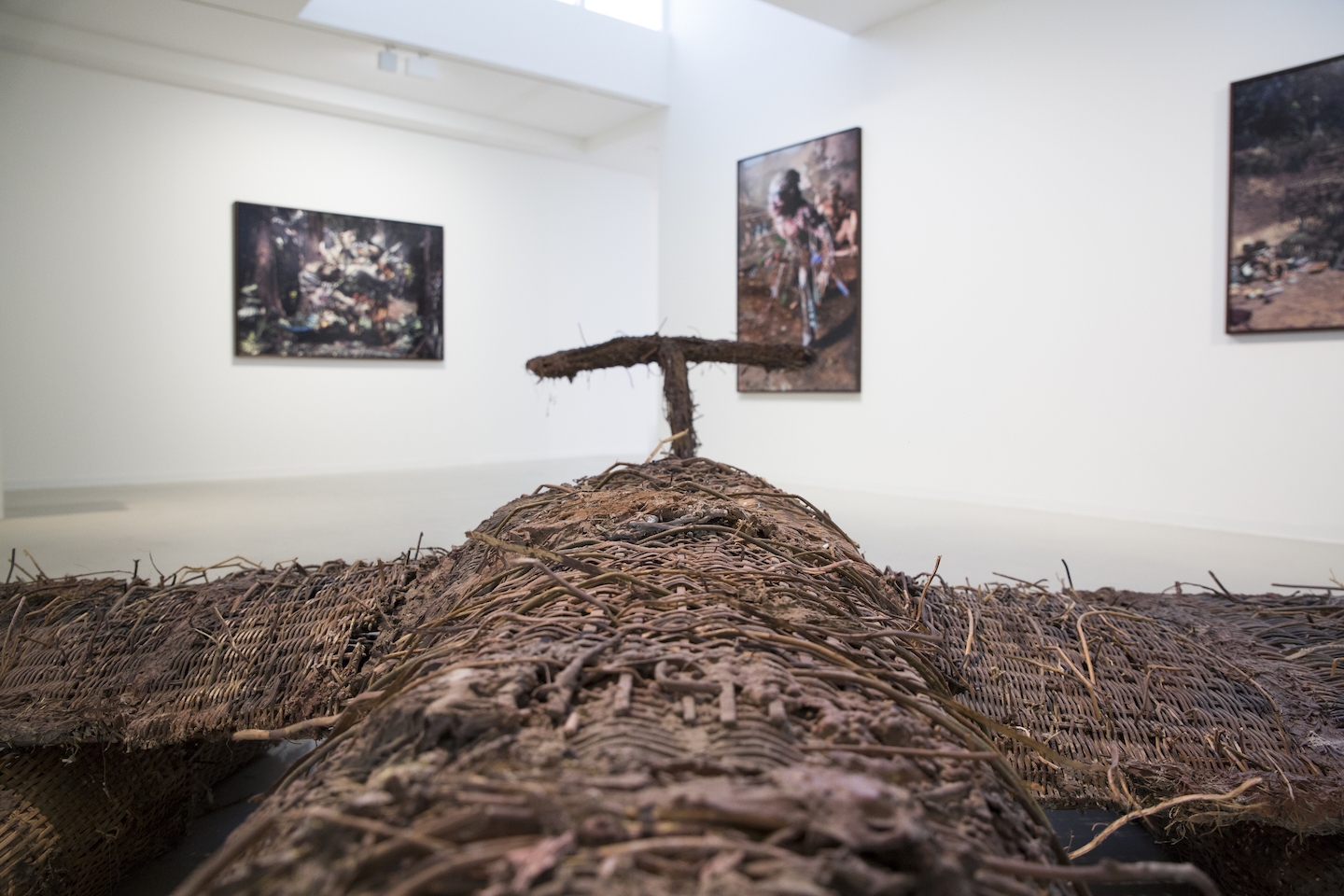 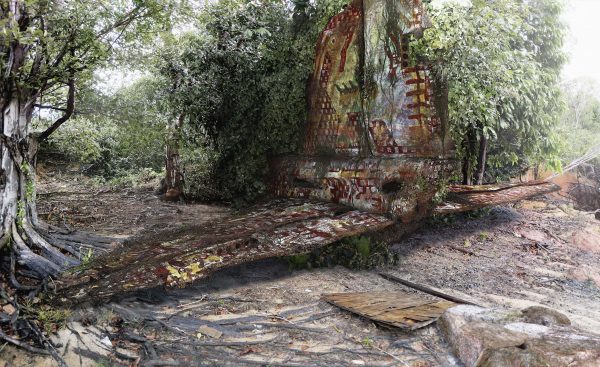 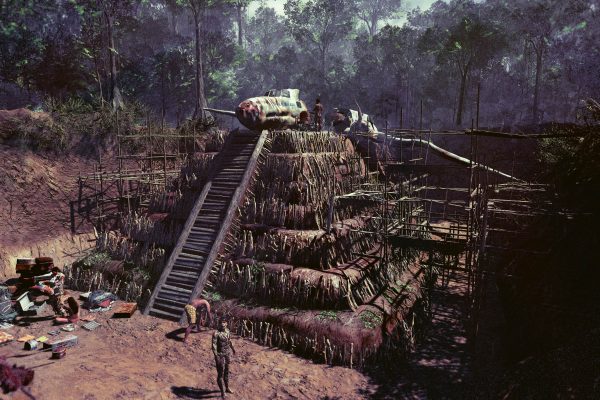 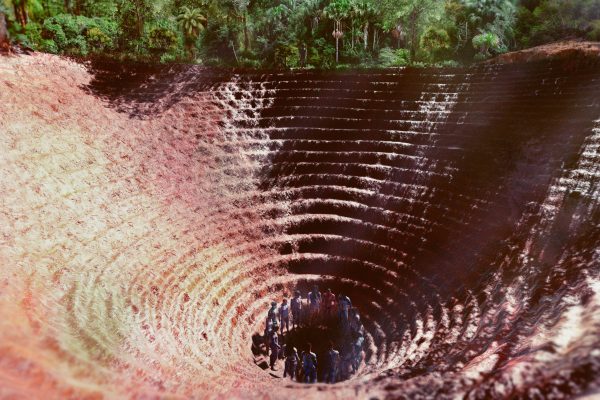 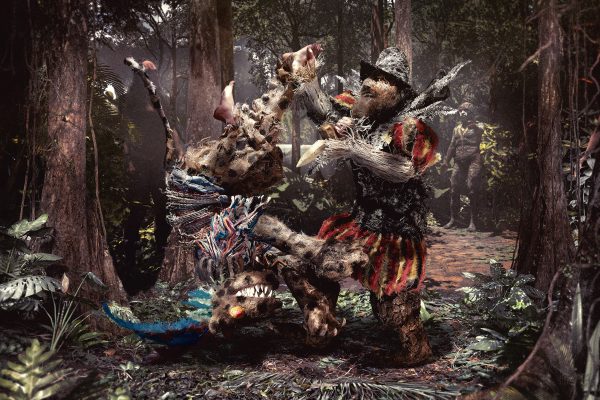 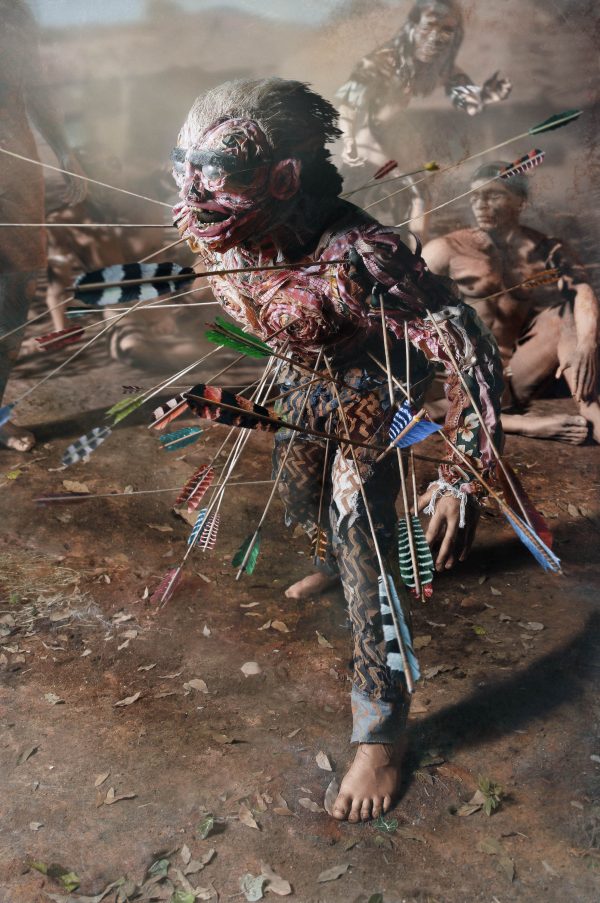 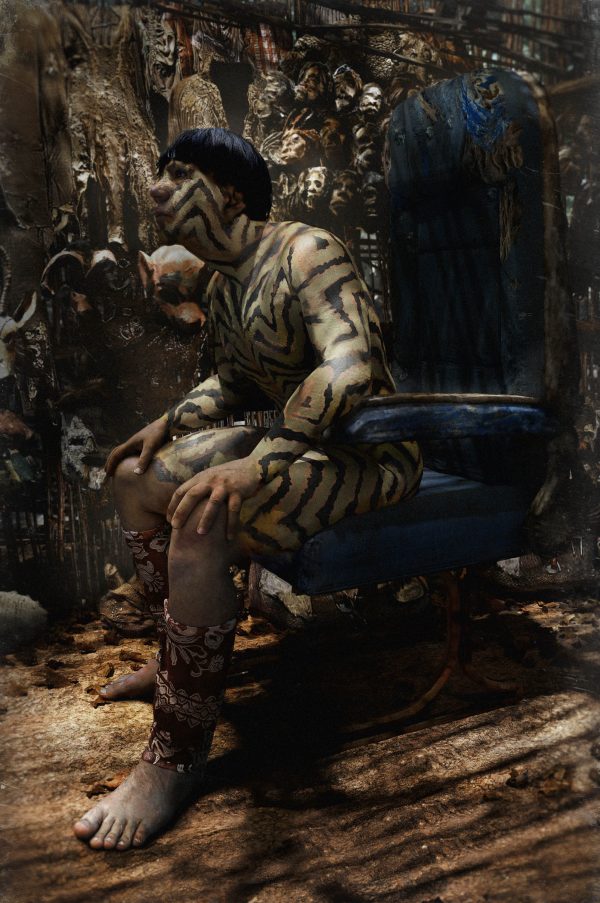 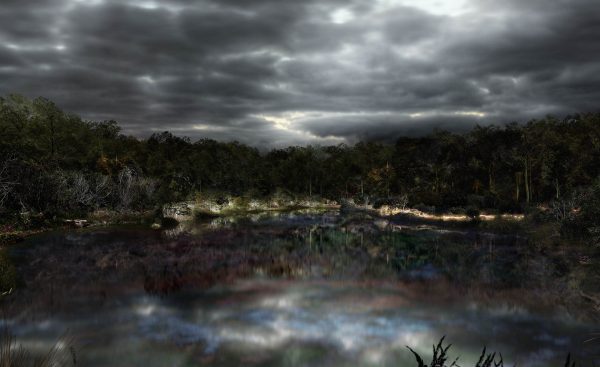 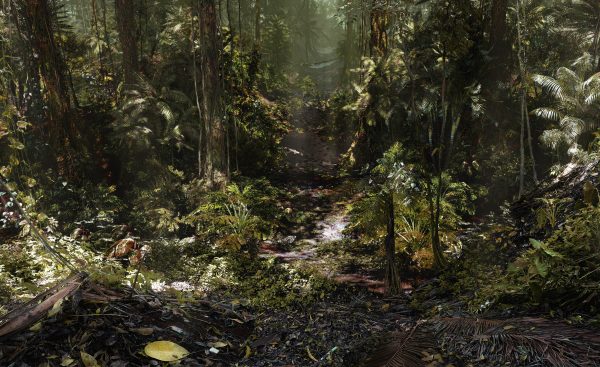 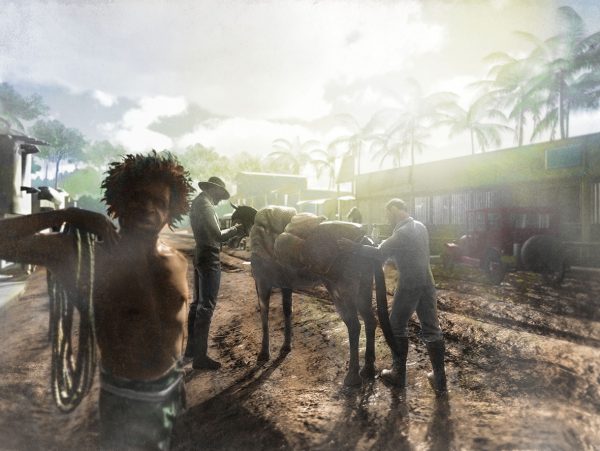 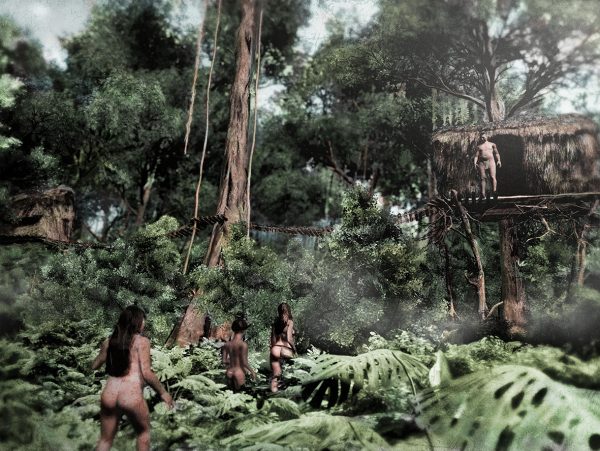 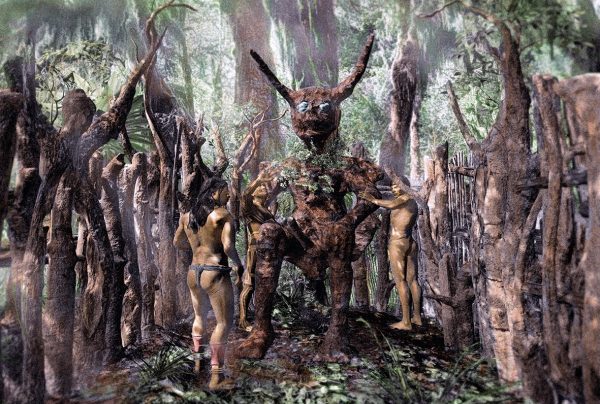 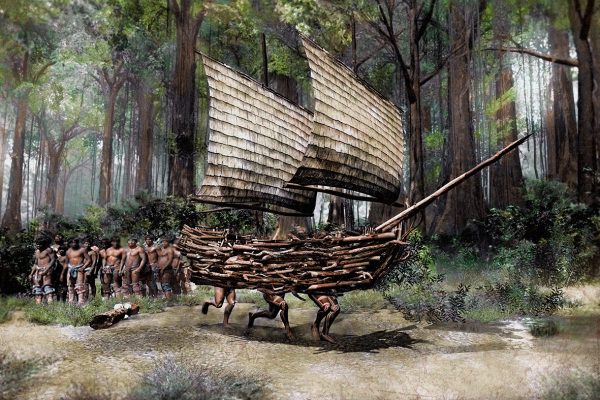 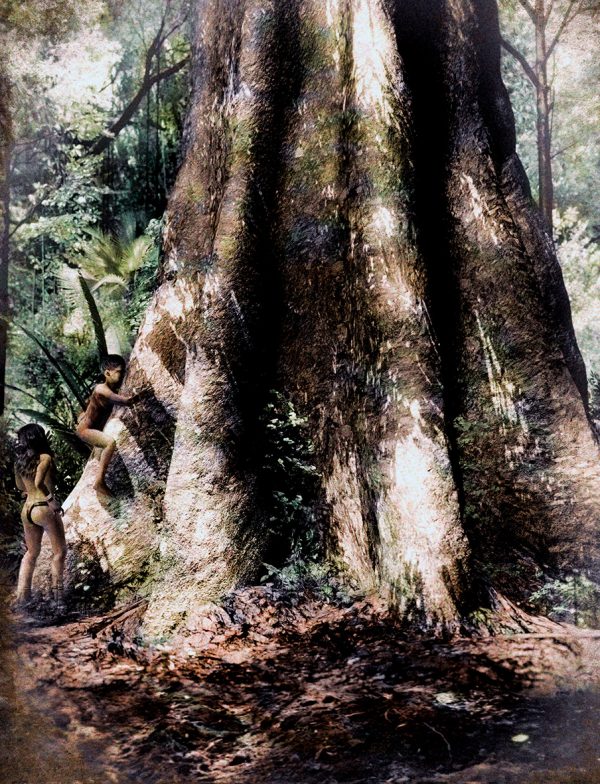 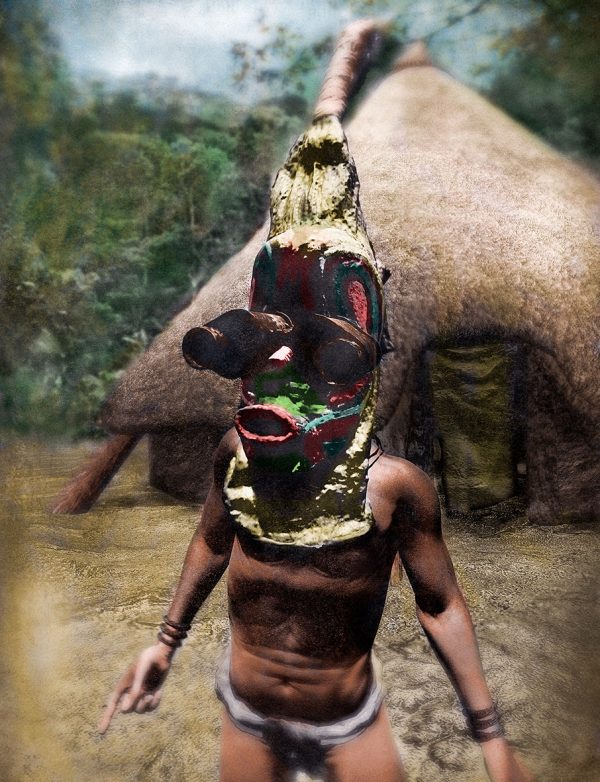 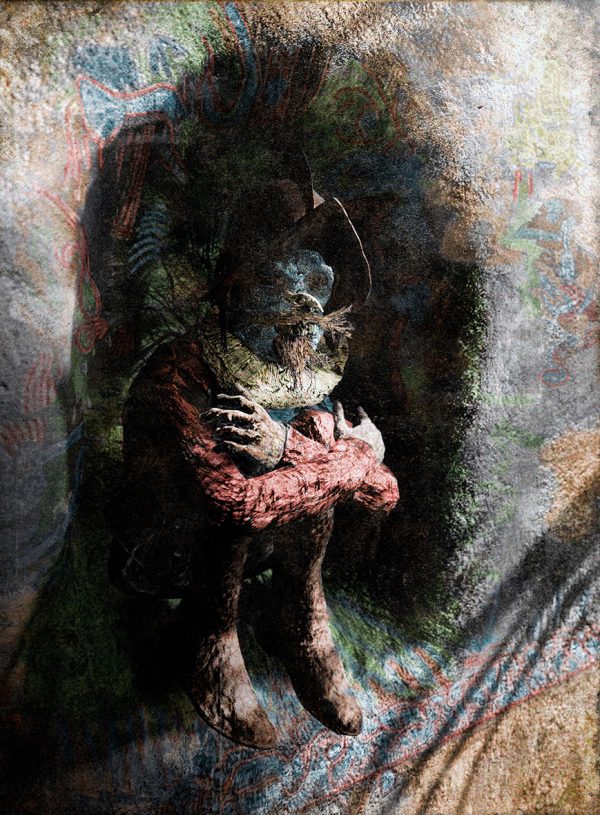 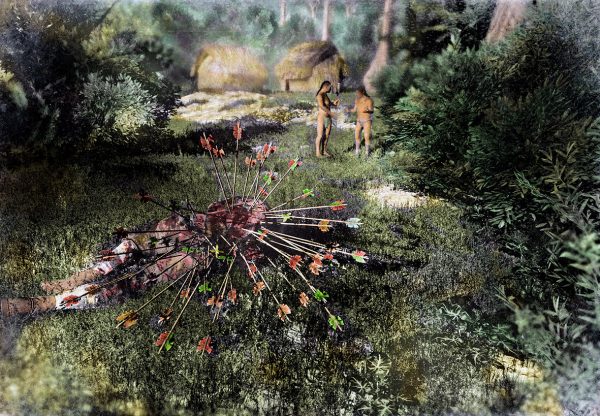 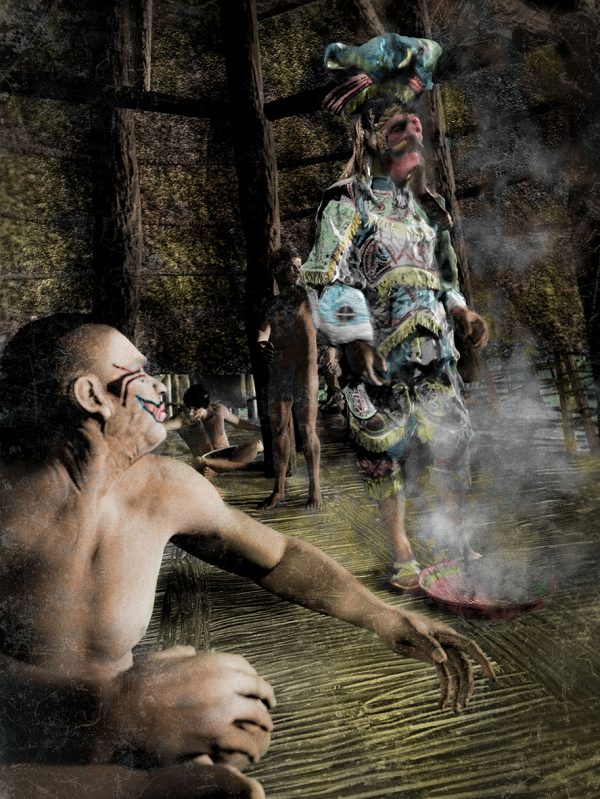 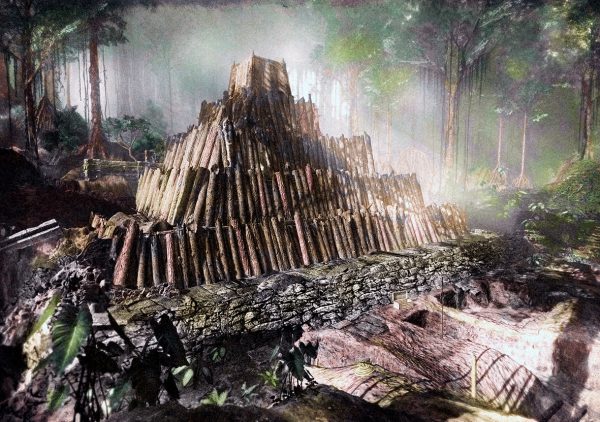