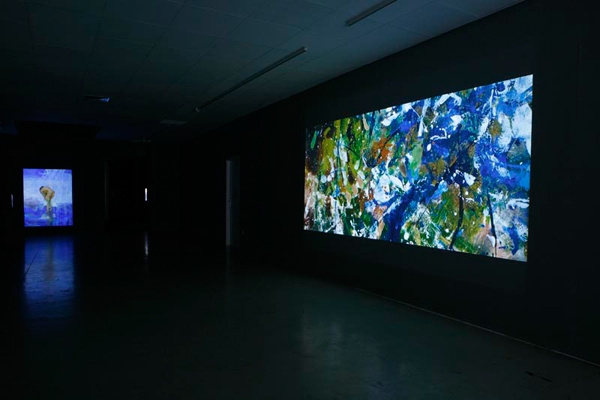 The short films of Jacco Olivier do not reveal anything in themselves, but depict the possibility of an event. Painted characters move in a landscape of fiction, memory and a basal actuality.

With a casual but accurate use of traditional and contemporary animation techniques, Olivier creeps into the psyche of his characters. He then allows them to play out in the surroundings they find themselves in. He subtly evokes atmospheres which conventionally only ever exist in the realm of painting. His is a painting of which the paint has not set, but is in constant motion.

The videos have a narrative quality, but no plot. Past, present, memory and the future are intertwined. In longer films such as ‘Landscape’ & ‘Revolution’, time is compressed into a nearly abstract image that the viewer perceives in a contemplative state.

Olivier allows a whale, his own head, the universe, a beetle, a man wading through a river and a woman sitting in a bus to appear as self-evident and natural characters that at the same time seem to search within themselves, in a continually changing world of exotic and tangible paint. 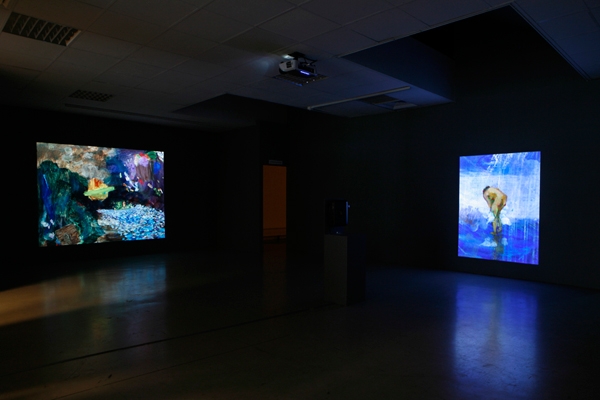 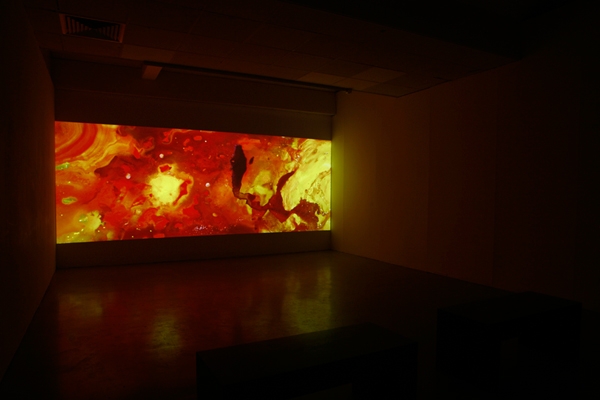 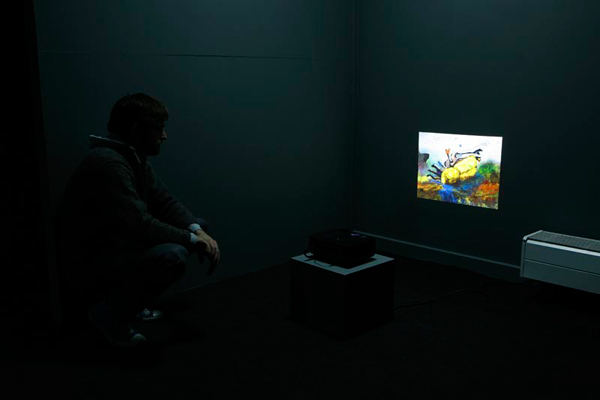 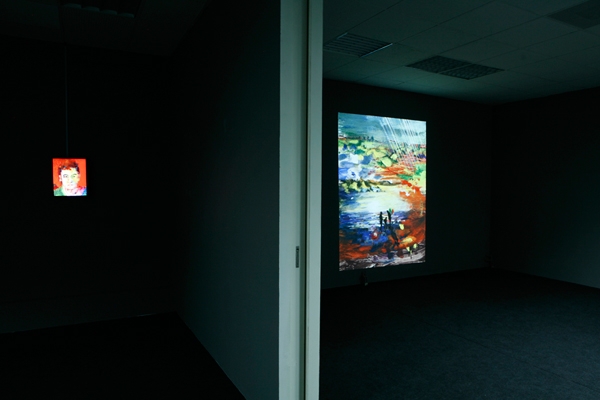 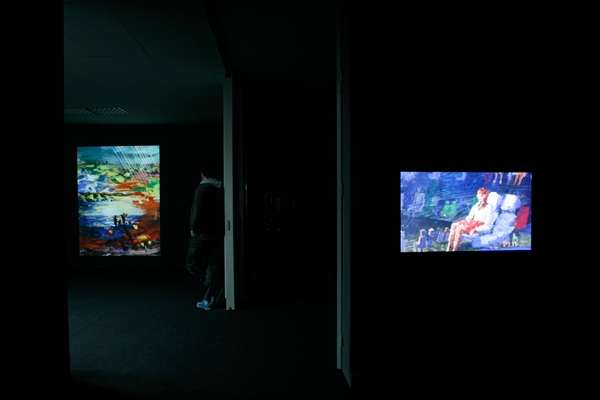 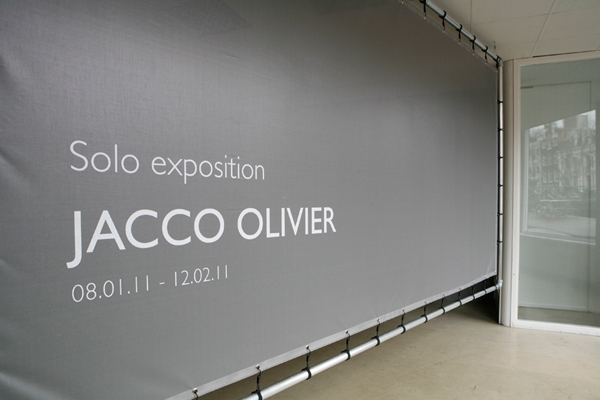