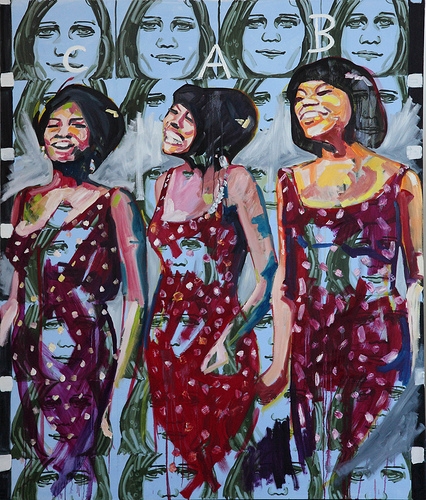 Galerie Ron Mandos proudly presents I Don’t Like Nostalgia Unless It’s Mine, an exhibition of paintings by Esiri Erheriene-Essi. The British-Nigerian artist recently graduated from the prestigious post graduate residency De Ateliers in Amsterdam. In 2006 she finished a master in Fine Arts at the University of East London, after completing her bachelor in Media Studies at the same university. Her work was exhibited in several galleries in London and Amsterdam.

“The John Baldessari’s quote: ‘Historical mispronounced sounds like hysterical’ can best describe the theme and concern of my paintings. With this as a basis, I am constantly attempting to disrupt the confidence and assumptions of a reader who is familiar with history, thus, confusing their sense of logical sequence. I do this by challenging, displacing, appropriating and, in some cases, playing with the order of both collective and intimate strands of history, memory, myths, and culture of the past and present. In my alternate universe, I pit the musical 1960s group ‘Diana Ross and the Supremes’ against a repeated backdrop of Baader Meinhof/RAF member Brigitte Mohnhaupt, even though there is no evidence to suggest a connection. I paint figures who were lynched in late 19th and early 20th century America and Europe, but on my canvases, they are liberated through the simple act of eradicating the instrument of the noose and the faces of their tormentors. I remove Warhol superstar Joe Dallesandro out of film sequences and place him in an edited solitary setting on canvas. I continuously hinder former president John F Kennedy and Jacqueline Kennedy moments before the shots in 1963 – so in my narrative time is frozen and the assassination never actually takes place.

This logic is based on reading encyclopedias and referential yearbooks and seeing the historical narrative transcribed and sequenced in chronological order. Meaning, situations, events and images of the past that have no other relation than the fact that they are historical references of the same time, are being connected and placed side by side. So in my painting universe RAF members were inspired by the music of the Supremes, and the Supremes number-one hit song ‘You keep me hangin’ on’ was triggered by atrocities committed by the RAF. I don’t know for sure, but these ‘almost connections’ and new possibilities of readings of the past is what I’m concerned with and what intrigues me the most.

Above all I am fascinated by a continued investigation of mass media, pop cultural iconography, appropriation, and mythology, as well as repetition of imagery. I am obsessed by the gaps, the silences, the disturbances and the assault in the historical narrative. As I am curious about the infinite possibilities of new readings. Thus, history is imperative to my practice but I am taking these references and facts and rewriting things just a bit.” – Esiri Erheriene-Essi 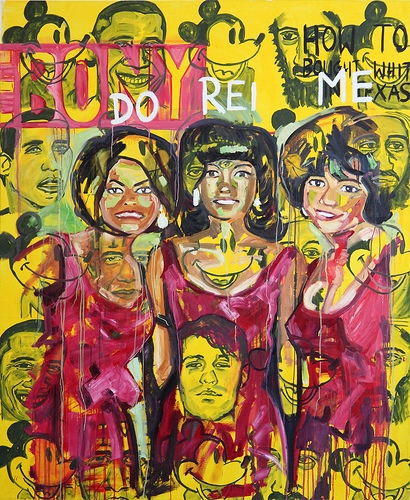 Elvis meant shit to me, 2009 | Oil on canvas Esiri Erheriene-Essi 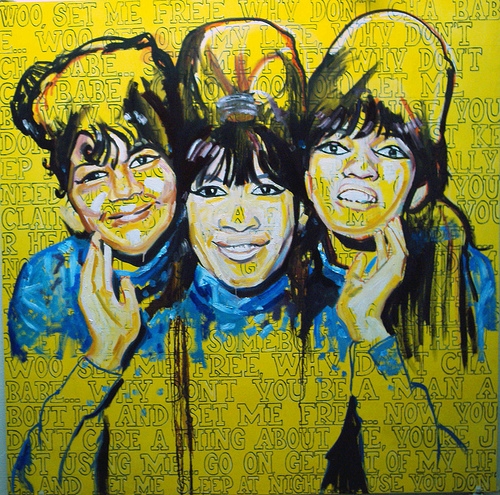 You Keep Me Hanging On, 2009 | Oil on canvas Esiri Erheriene-Essi 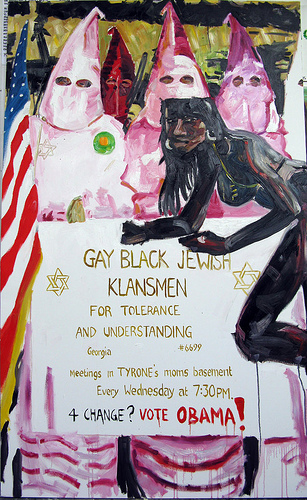 The Benefits of Being in a Gang, 2008 | Oil on canvas Esiri Erheriene-Essi 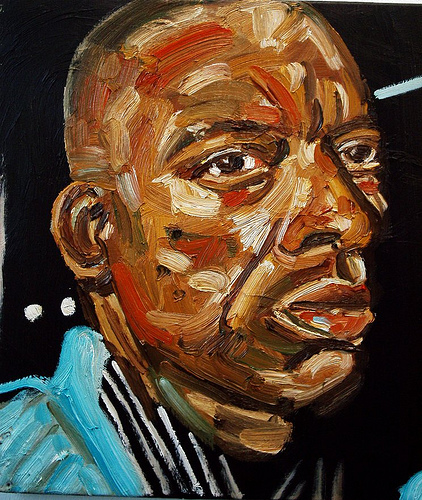 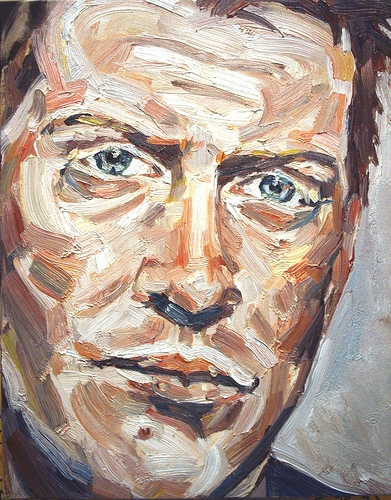 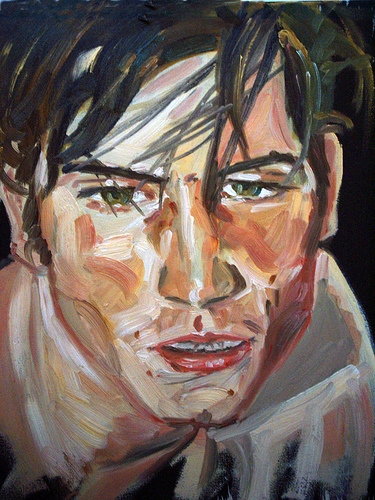 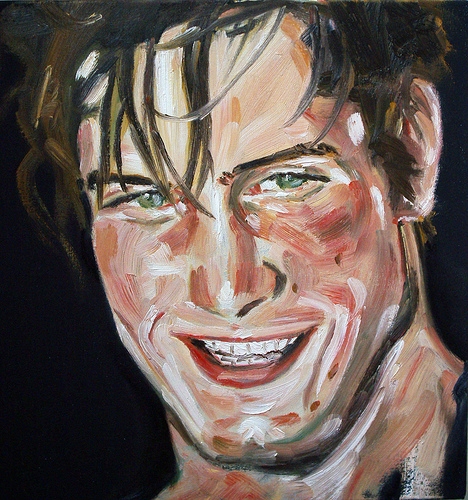