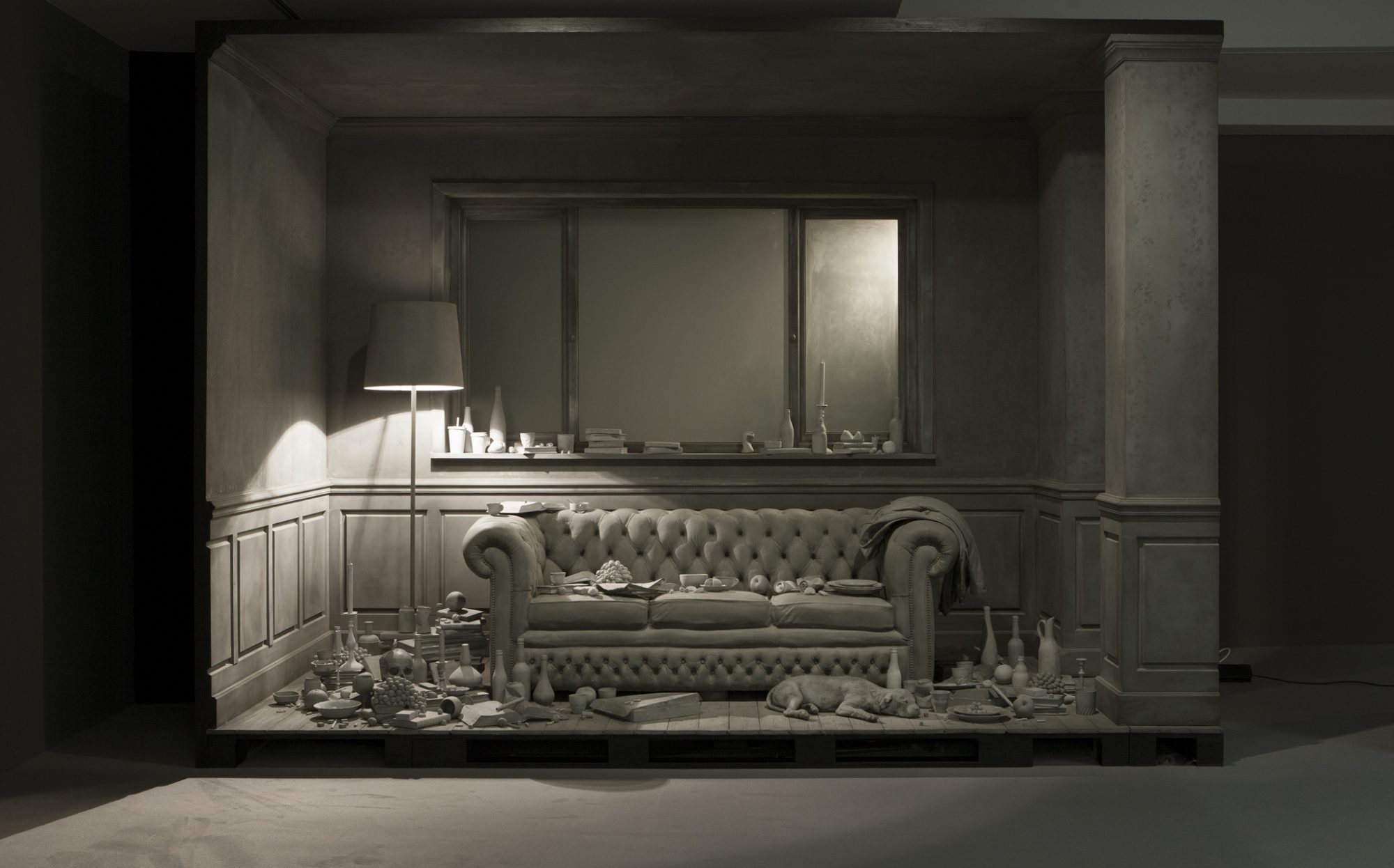 **** – NRC Handelsblad
Galerie Ron Mandos is proud to present Eyes Closed, an exhibition of new work by Hans Op de Beeck. Op de Beeck works in different media: monumental installations, sculptures, film, animation, photography, watercolours, drawings, text and music. His work is a reflection on the tragicomic way in which we stage and give meaning to our lives. It speaks of the awkward way in which we relate to space, time, and each other. He touches upon universal themes through the use of everyday images, which often serve as memento mori for the spectator. The artist seeks to strike a perfect balance between seriousness and lightness, between reality and fiction.

In 2009, Op de Beeck presented a solo exhibition among the works of old masters in the famous Galleria Borghese in Rome. Here, he showed for the first time a series of large black and white watercolours. Since then, Op de Beeck has created a series of four hundred large watercolours of fictional places, landscapes, characters and objects. Using melancholy as a means, the artist aims to move and console.

In Eyes Closed, Op de Beeck presents a new series of watercolours. The artist paints them at night, when all the machines in his studio are turned off, the phones are quiet and the staff has left. He often works until dawn. The soothing tenderness but also the threat and latent derailment of the night are tangible in these images. Aside from the watercolours, Op de Beeck also presents a number of small and large sculptures in Eyes Closed. One of these is Lounge (2014). This sculpture is Op de Beeck’s largest Vanitas scene so far. It is the sculptural interpretation of a classical-looking interior dominated by a Chesterfield sofa and a Baroque collection of props, ranging from candlesticks to cigarette butts and empty pizza boxes. The unfinished external walls of this work refer to a theatre stage.

Lounge also refers to the sixteenth century tradition of the still life and reminds of the significance and fragile value of objects. Every part of the work was fashioned with great precision in the studio of the artist. This strange, petrified, apparently abandoned setting is like a present-day Pompeii. 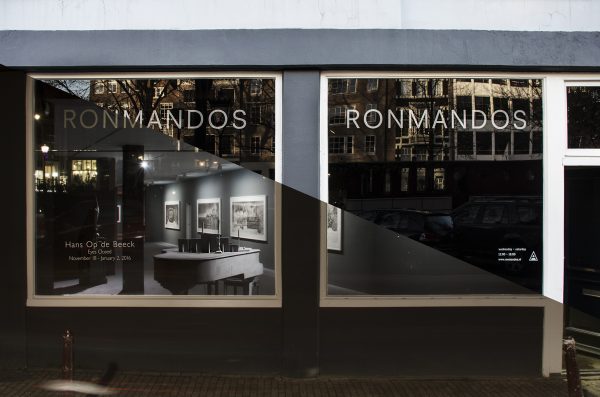 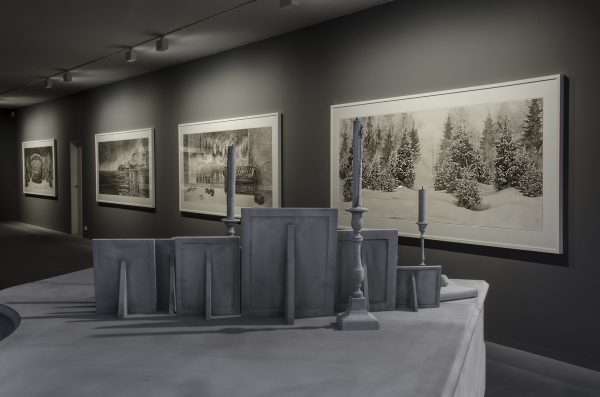 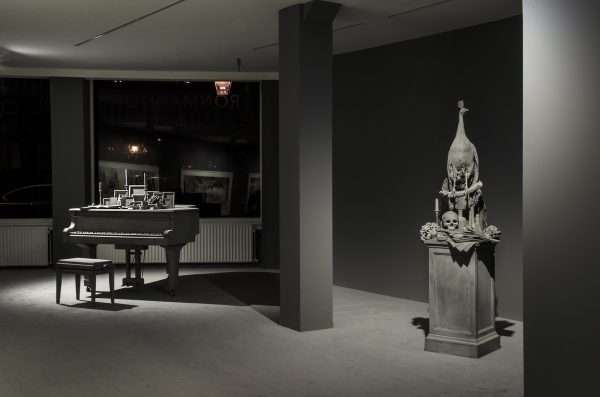 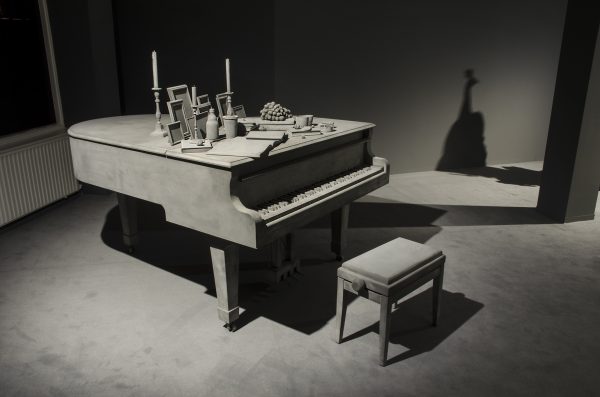 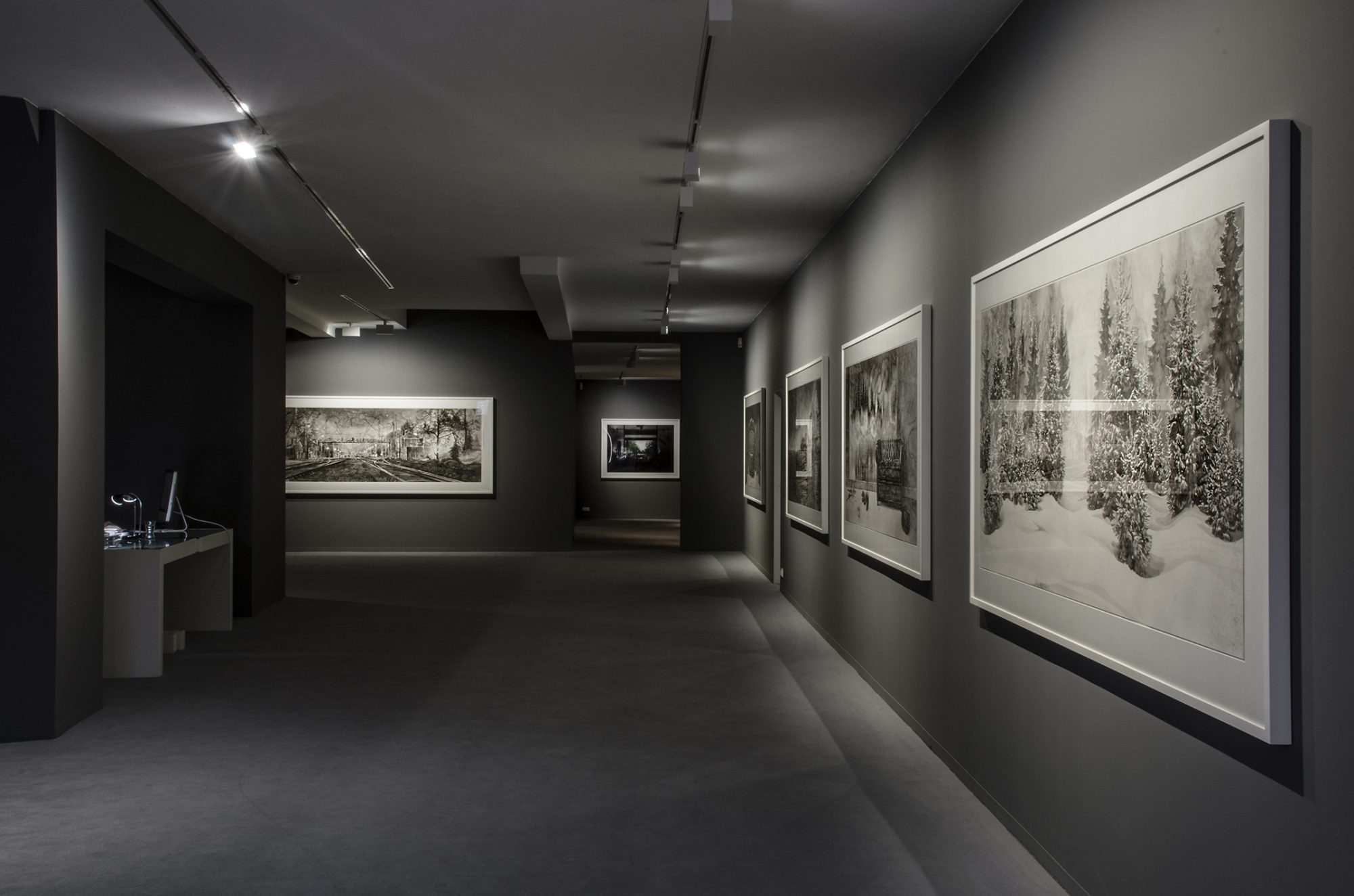 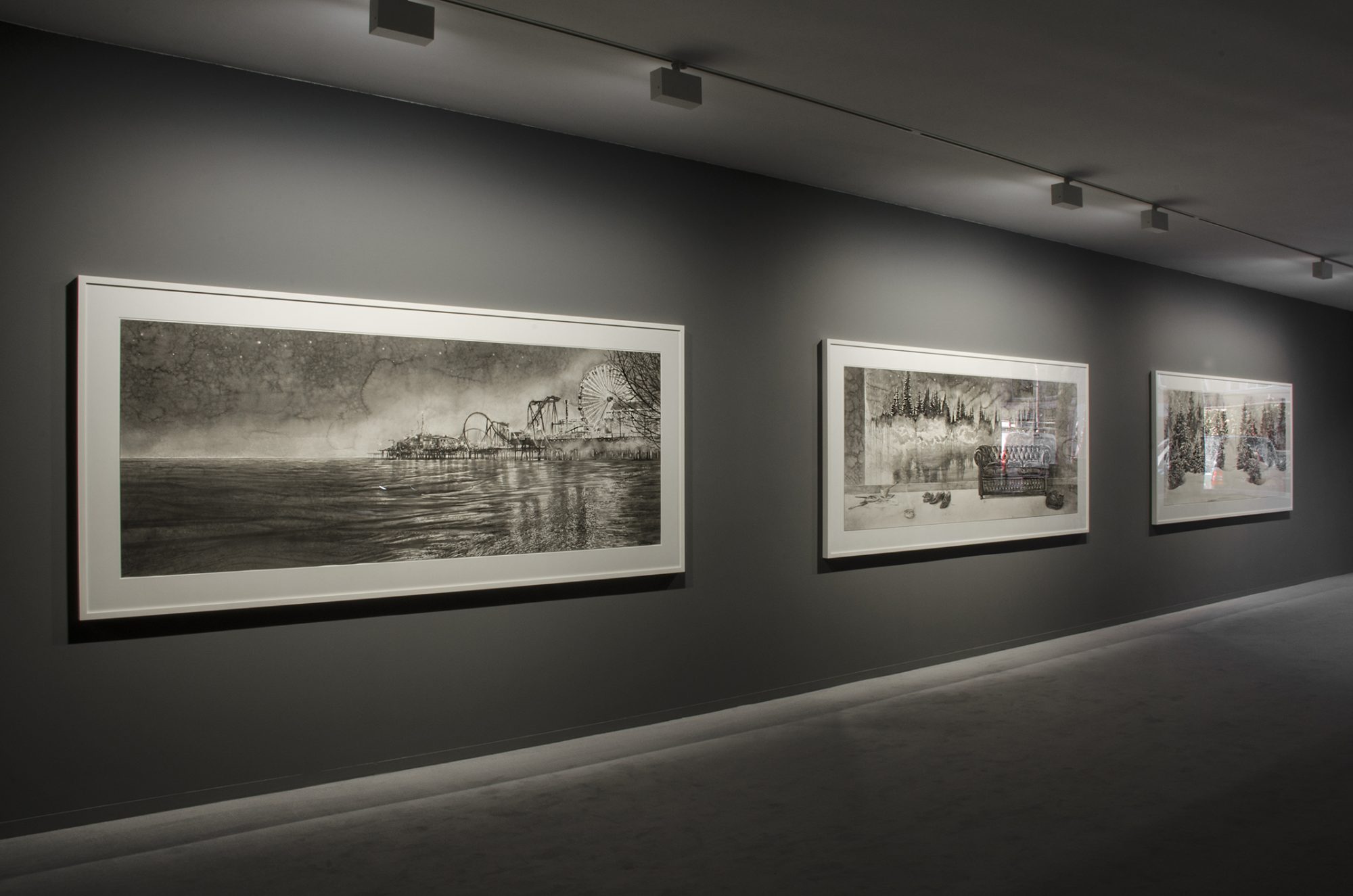 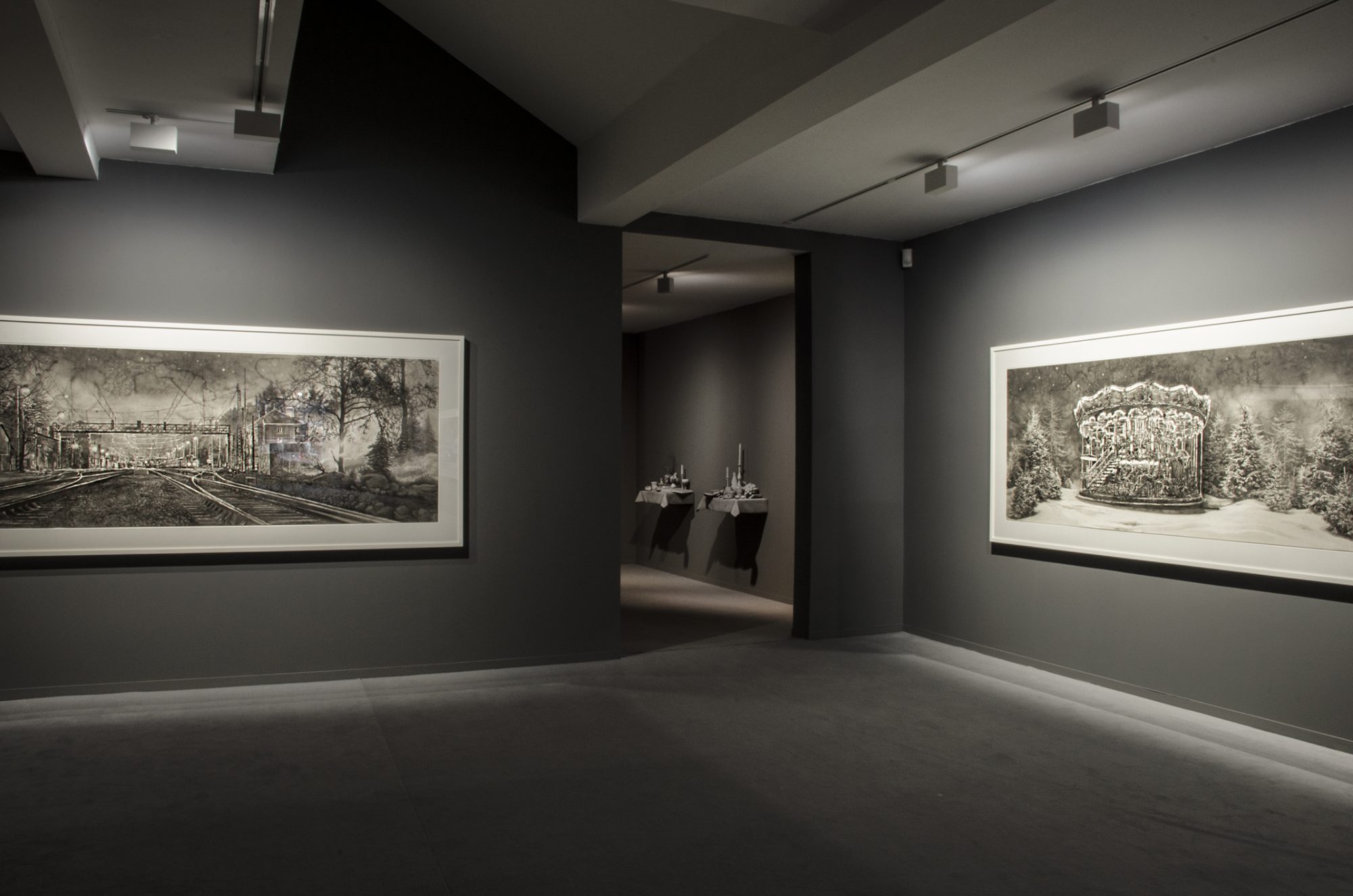 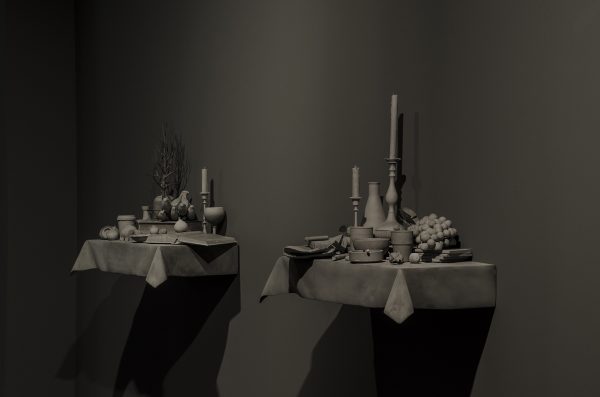 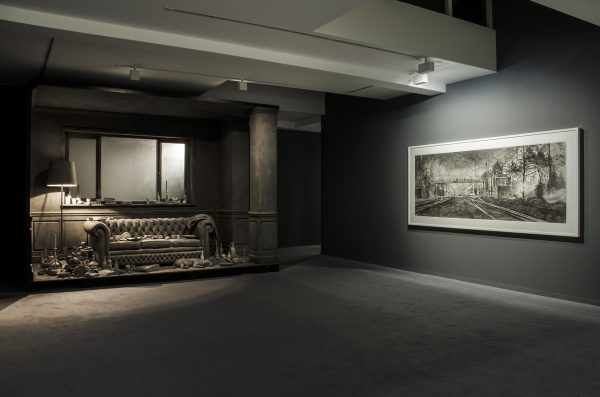 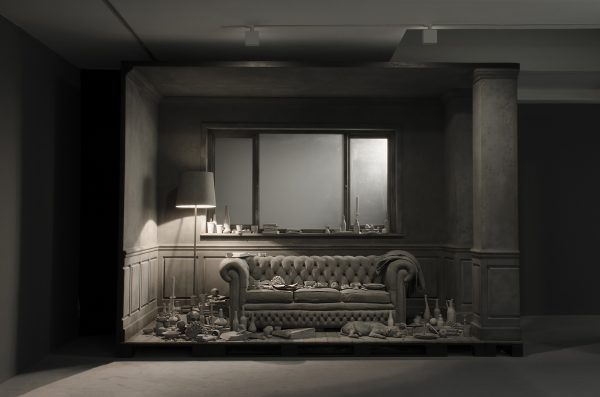 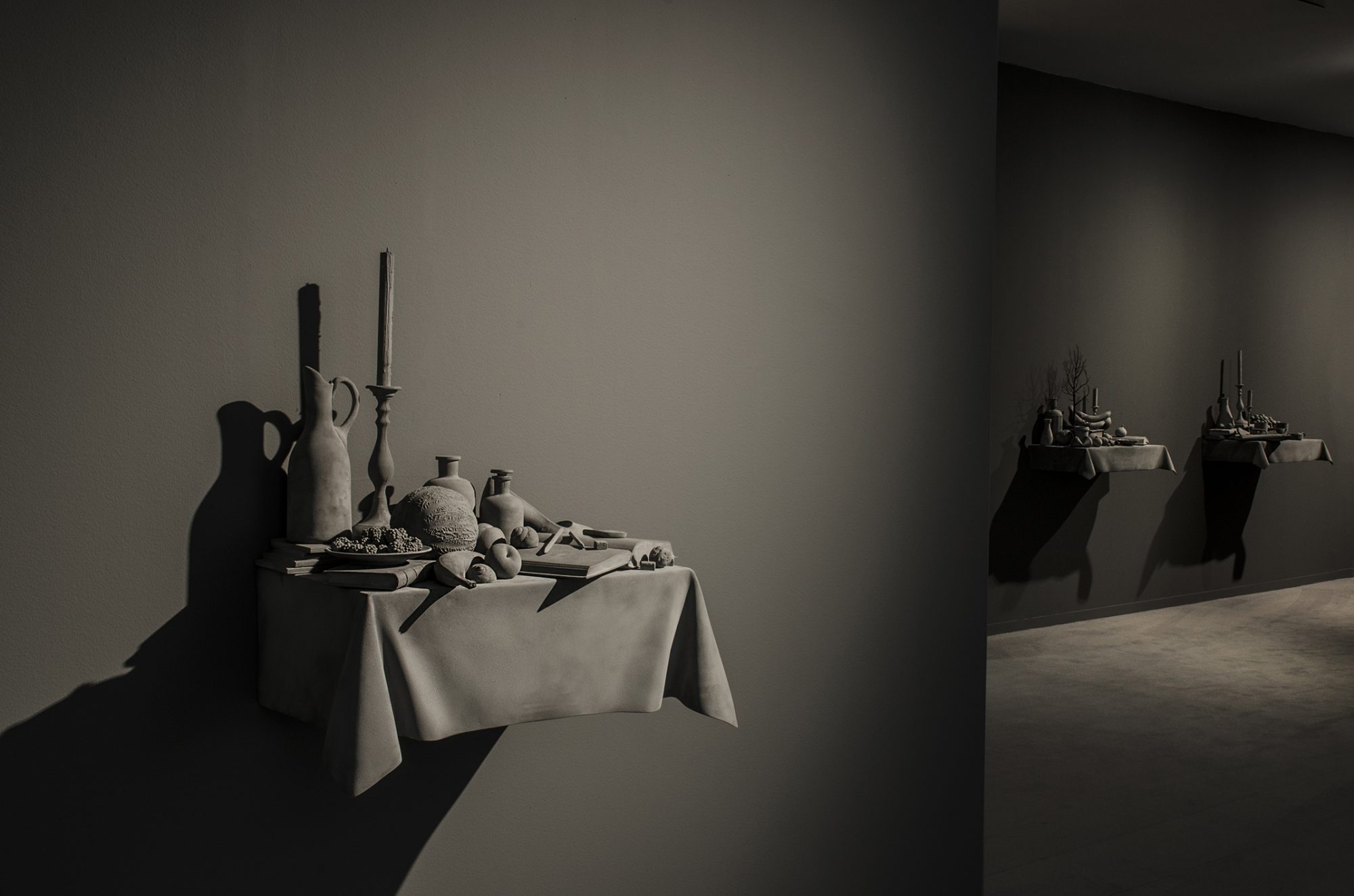 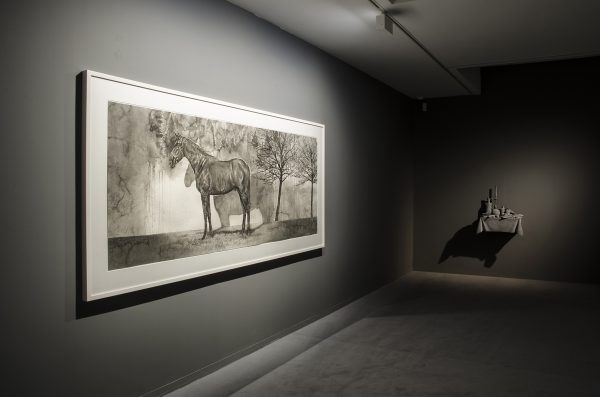 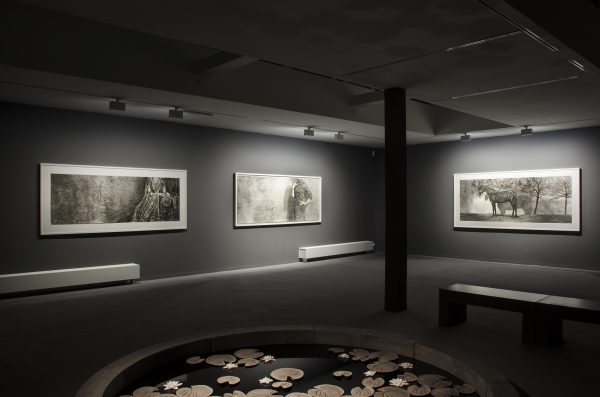 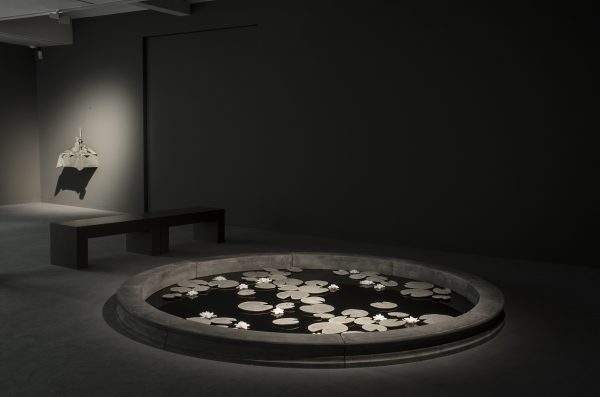 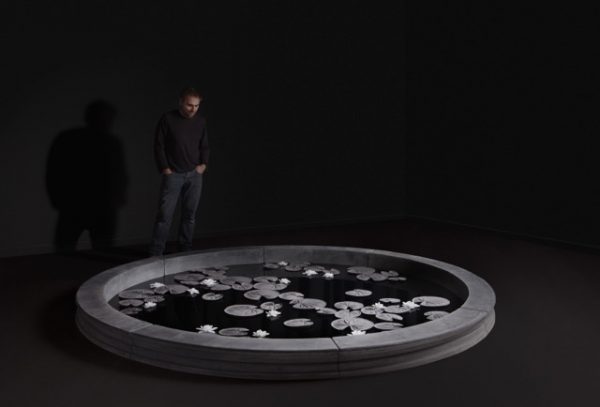 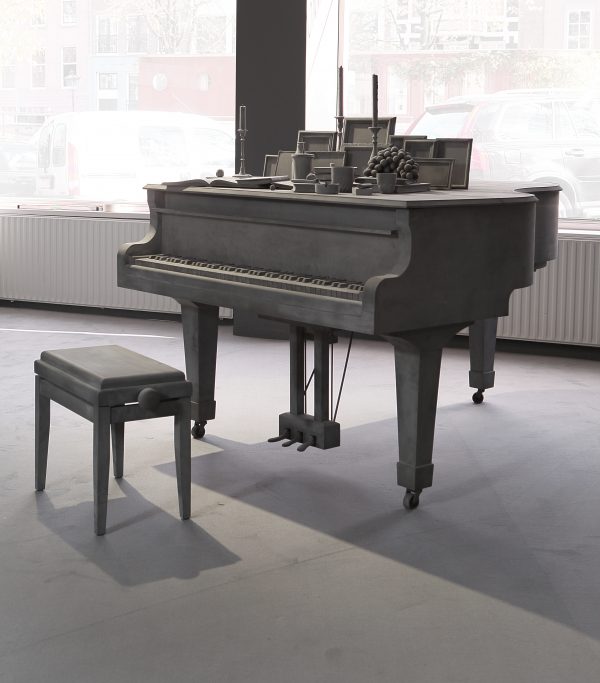 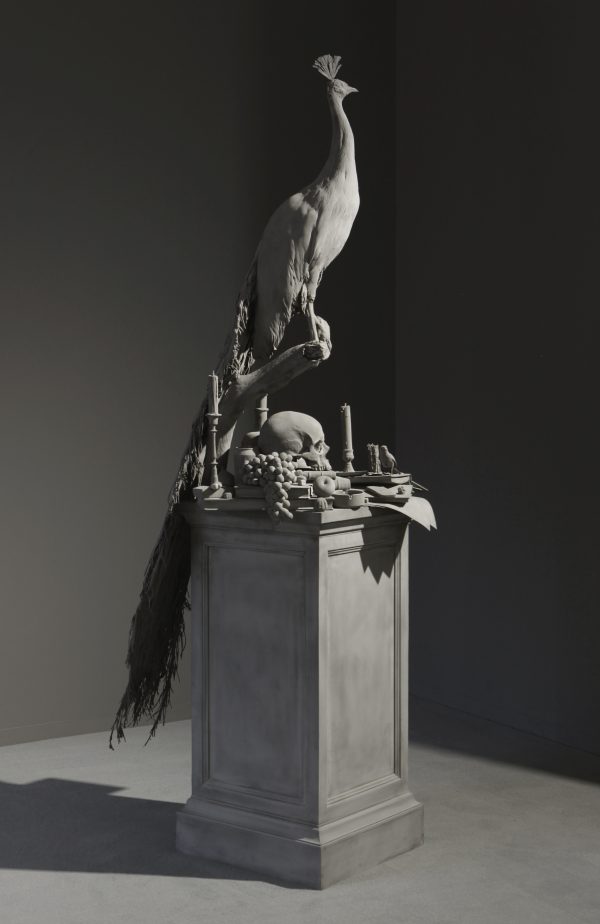 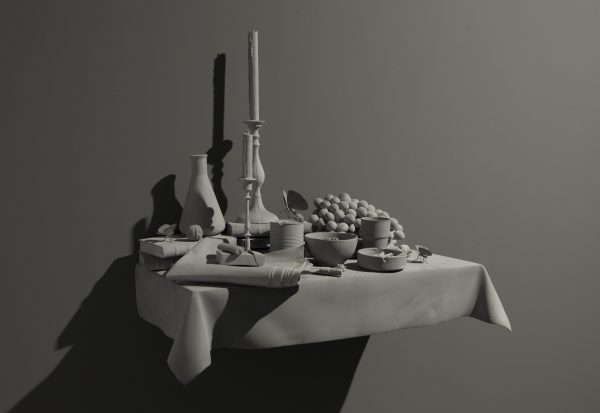 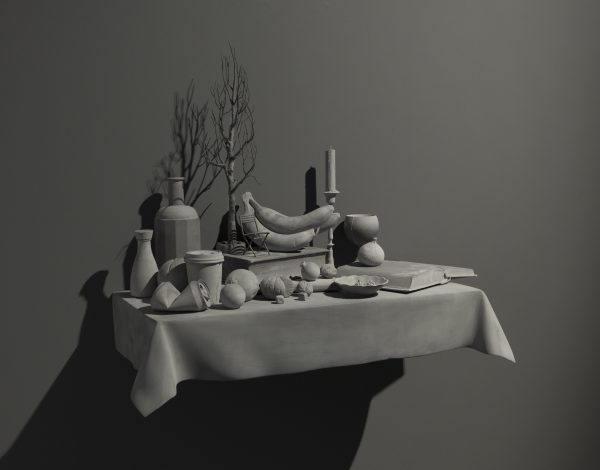 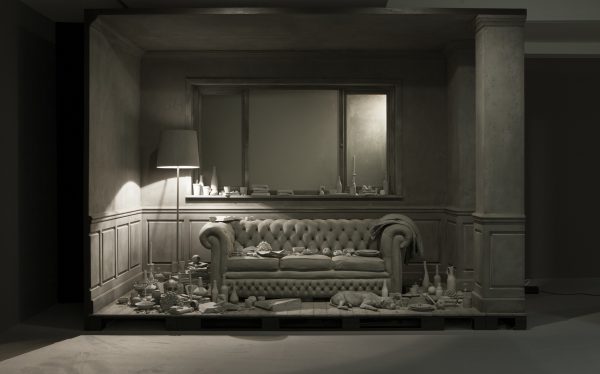 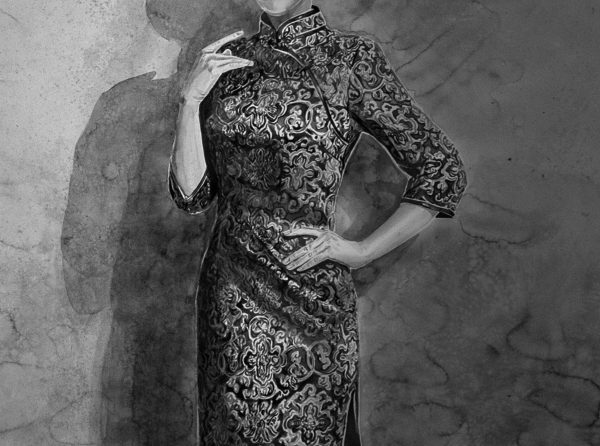 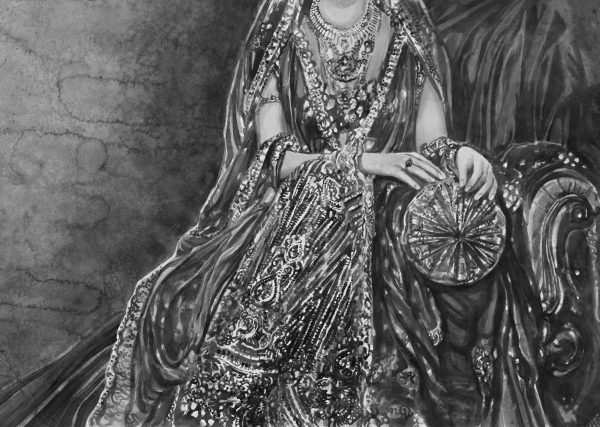