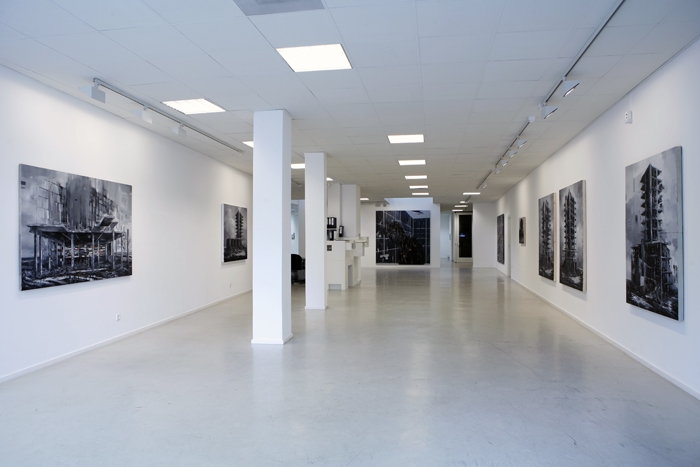 *Maurice Braspenning’s (1968, Rotterdam)* creations conjure up a world in decay. Recalling the 1982 feature film ‘Blade Runner’, cars lay turned over and abandoned, vast expanses of urban development give structure to desolate interiors; individuals appear at a low ebb, detached from their sombre surroundings. Braspenning paints, draws as well as saws and drills into wooden panels, which he first coats in blackboard paint, to conjure up these futuristic and dystopian visions. This combination and contrasting of the material elements in his work: the delicate chalk; the thick and coarse black board canvas; the violent perforations assign his dystopian scenes a rich material texture which directly affects the viewer.

The theme being explored in the paintings of *Bas Coenegracht (1974, Maastricht)* is the modern city. These works are not of romantic or isolated places, but depict everyday urban environments. As a graffiti artist and skateboarder Coenegracht came to view these locations as a place of experimentation. Applying the oil paint in multiple layers, colours and structures (partly revealed by scratches), his depictions of everyday post-industrial scenes, such as wrecked quay walls, rusty metallic stairways and other fragments of buildings gain something unpredictable and volatile. Relics of aging architecture appear, are manipulated, become covered up and eventually fade away into nothingness.

In the paintings of *Johan van Dijke (1978, Leiden)* man is a being locked up within himself. There is no possibility of communication with the figures depicted. Although materially present, they are simultaneously psychologically detached: deep in thought, sleeping, on the phone or watching TV. As a human being you cannot step out of yourself and your own head. In this sense the world and the other is not really ever knowable. Everything that you see is soaked in one’s own self: everything a mirror.

*Jeroen Witvliet (1972)* depicts an architecture that does not exist. His paintings are made up; the architectonic constructions presented mere phantoms. Witvliet uses these stripped down structures as a metaphor for society, family and the individual. In depicting these architectonic skeletons, he exposes the flaws and insecurities of a society whose core belief in the safety of the family home, community and human kindness have been eroded away by the constant fear-mongering bombardment of government, the media and private institutions. Outside forces have wreaked havoc on the pillars of a previously well-balanced society; shifts in the outside world have found their reflection in the interior, leaving behind a ruined and sorry cityscape. 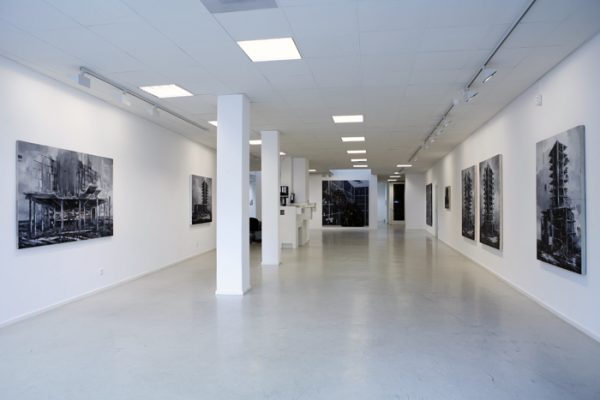 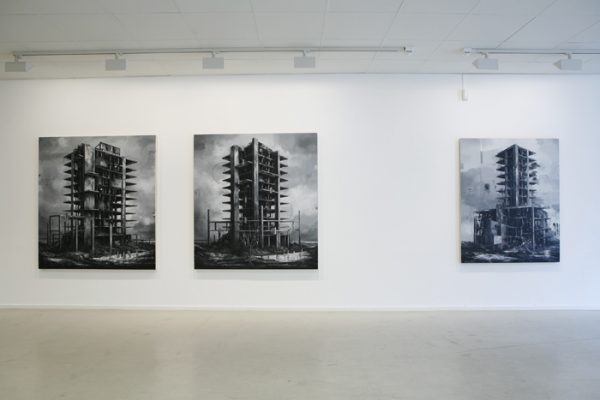 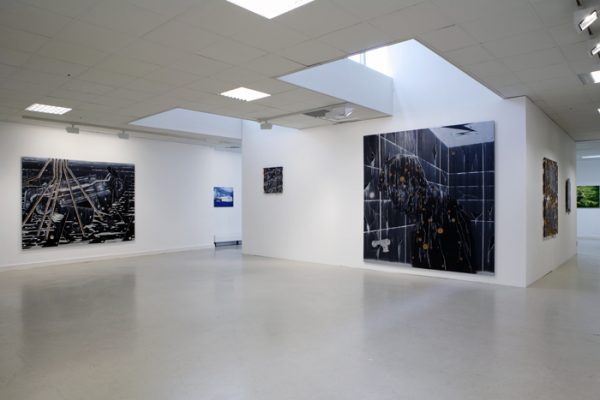 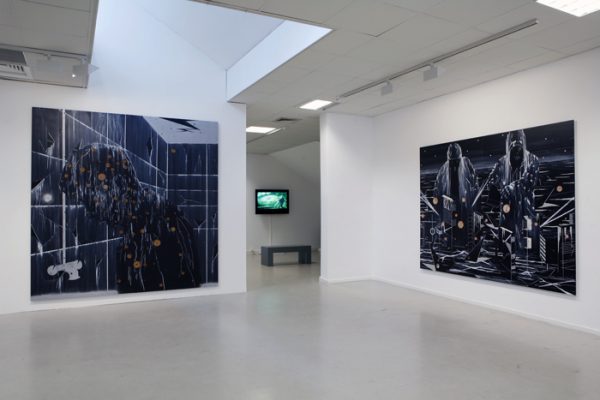 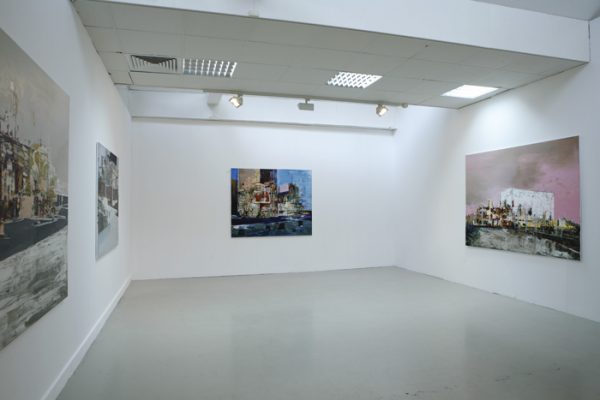 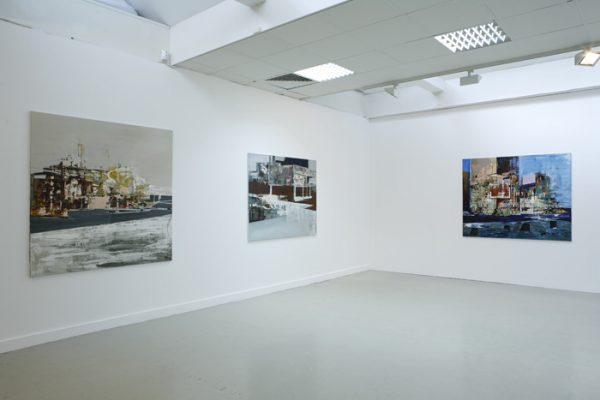 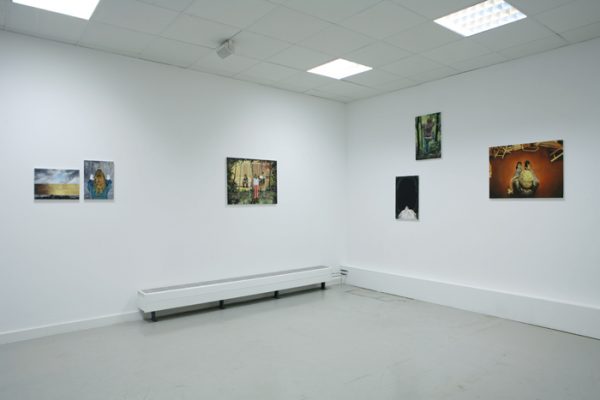 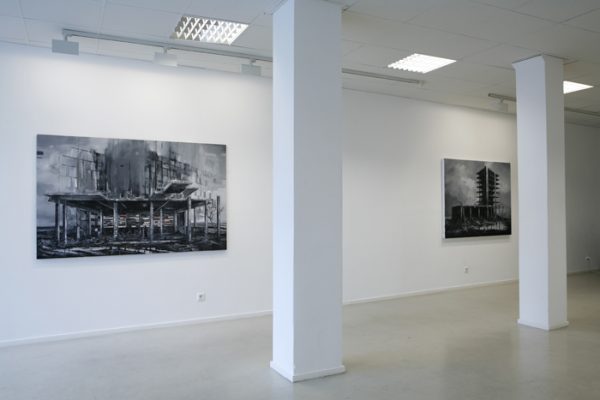 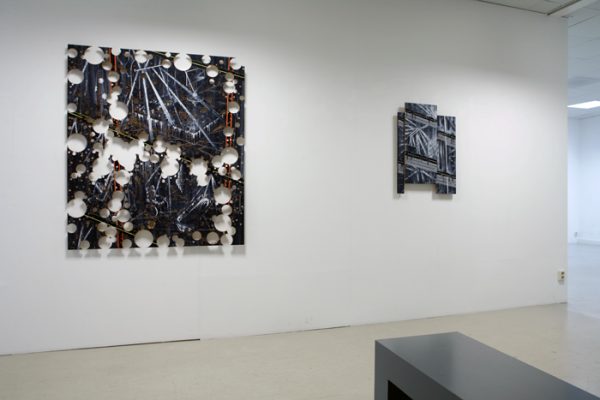 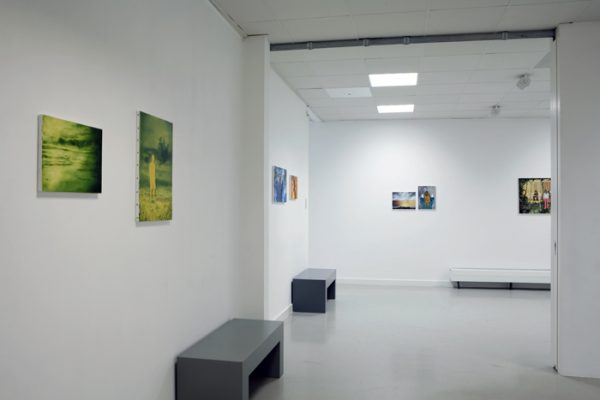 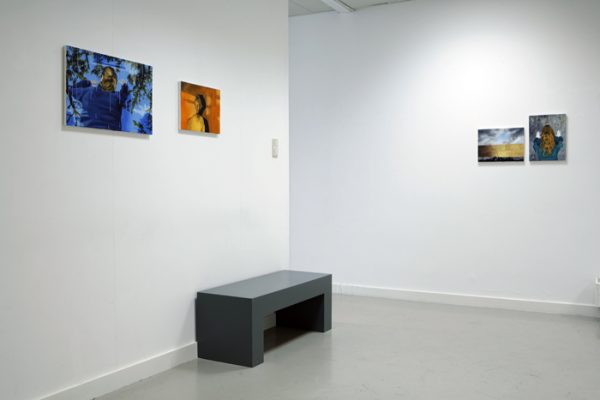