Esiri Erheriene-Essi | The Dogs Bark, But The Caravan Goes On 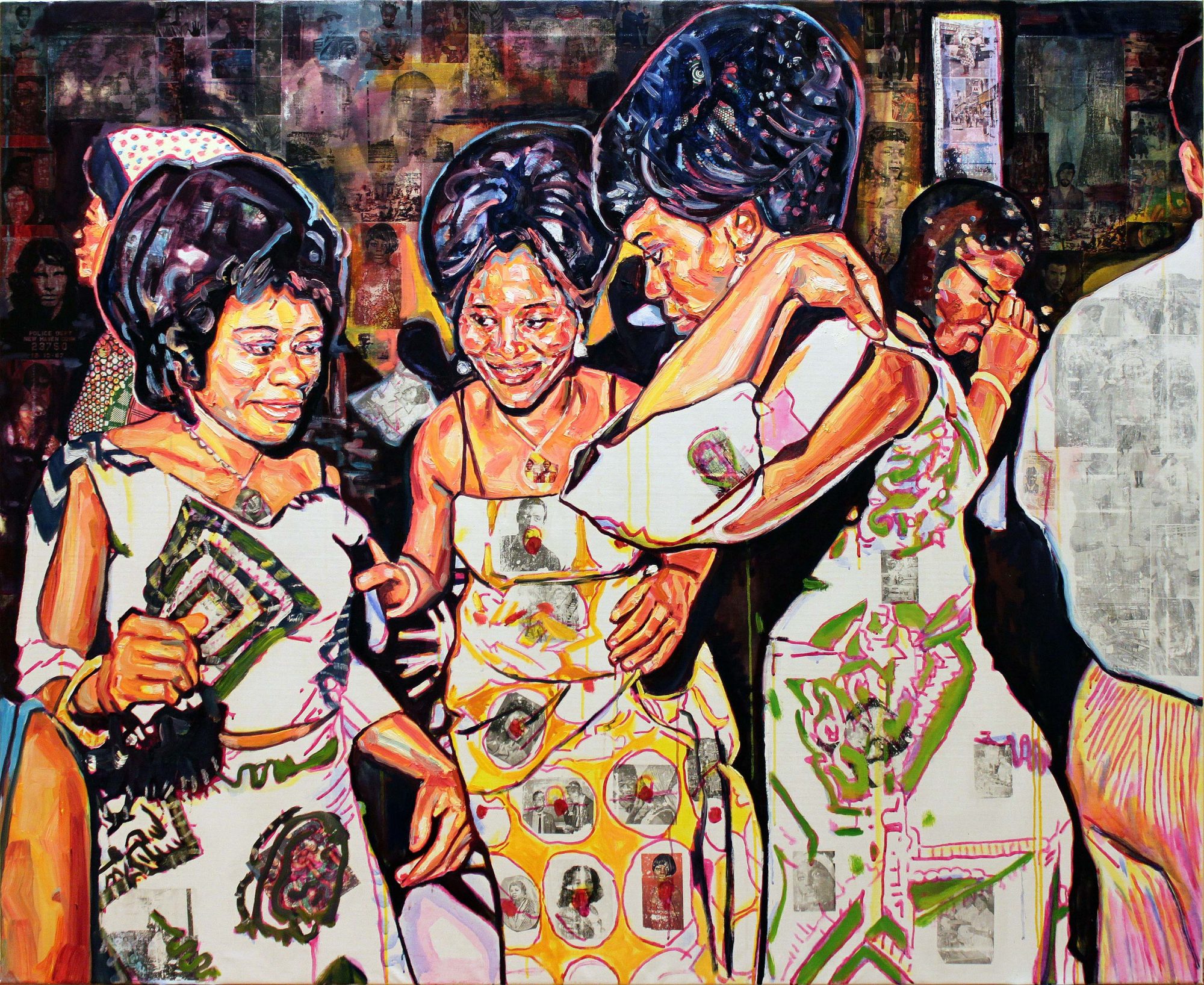 Stop Me If You Think You've Heard This One Before, 2015 | Oil ink and xerox transfer on canvas
Esiri Erheriene-Essi

Galerie Ron Mandos is proud to present the exhibition ‘The Dogs Bark, But The Caravan Goes On’ by Esiri Erheriene-Essi (UK, 1982). Erheriene-Essi graduated from the University of East London before completing the post-graduate residency at the prestigious De Ateliers in Amsterdam. In 2009 she won the esteemed Dutch Royal Painting prize.

“One day, quite some time ago, I happened on a photograph of Napoleon’s youngest brother, Jerome, taken in 1852. And I realized then, with an amazement I have not been able to lessen since: ‘I am looking at eyes that looked at the Emperor.’ Sometimes I would mention this amazement, but since no one seemed to share it, nor even to understand it (life consists of these little touches of solitude), I forgot about it.”
Roland Barthes – Camera Lucida

“Just like Roland Barthes, I happen on a lot of photographs that evoke feelings of amazement and I save these images (and the feelings I get from them) in an ever-growing archive. It is from this collection that I select source material for my paintings. I am interested a great deal by history – particularly images, objects, and documents which we can return to, in order to examine both individual and shared memories. The archive is important to me, as it is through these links that I continuously question history. I play with the order of events, the discrepancies, silences, and interruptions – as an assault on the canonical historical narrative. With hindsight, bias and curiosity I take these silences and discrepancies, bring them up to the surface and re-edit the narrative continually in the hope of robbing history of some of its tyrannical power by creating new scenarios. I am incessantly attempting to change our reading of history and to imagine more humane and liberating narratives.

The figures depicted on the canvas in ‘The Dogs Bark, But The Caravan Goes On’ feature individuals, families and groups of people that (in the 60s, 70s and 80s) migrated from countries in West, Central and East Africa, Suriname, The Caribbean and Haiti in order to establish new lives in Western countries, such as Britain, America, France, The Netherlands etc. The people in these paintings may not have looked at someone as famous as Napoleon, yet I am equally or perhaps even more amazed and captivated by what these people have seen, who they are (or perhaps were) and the relationships that they had with each other, with the person who photographed them, and the world at large.”
Esiri Erheriene-Essi Esiri

Erheriene-Essi received her education at Camberwell College of Arts, and the University of East London, before completing her post graduate residency at De Ateliers in Amsterdam. She has been nominated for the Volkskrant Beeldende Kunst Prijs, and has exhibited in Museum of Modern Art Arnhem, Koninklijk Paleis op de Dam, Amsterdam, Museum het Dolhuys, Haarlem, and Arti et Amicitiae amongst others. Her works are included in public and private collections throughout the Netherlands and internationally. 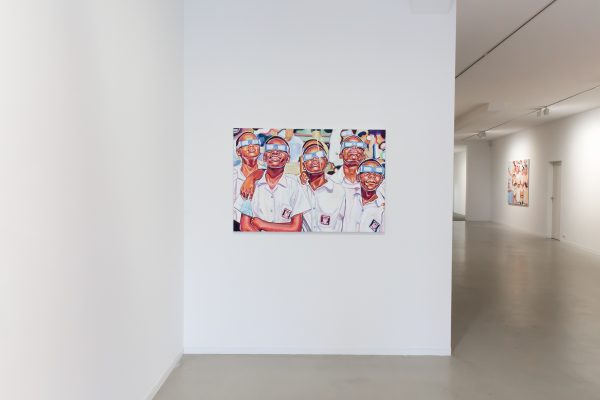 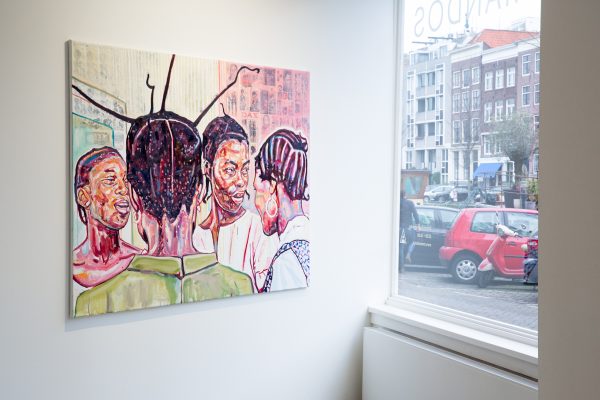 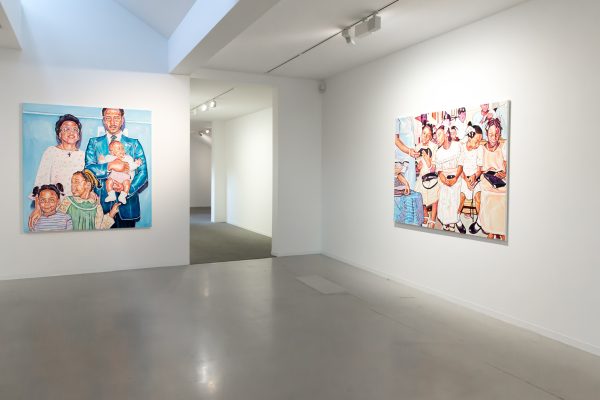 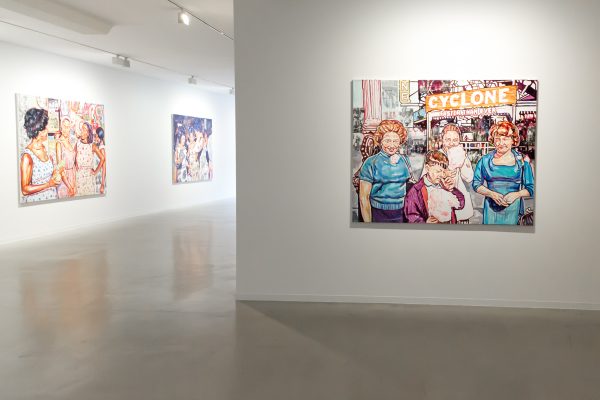 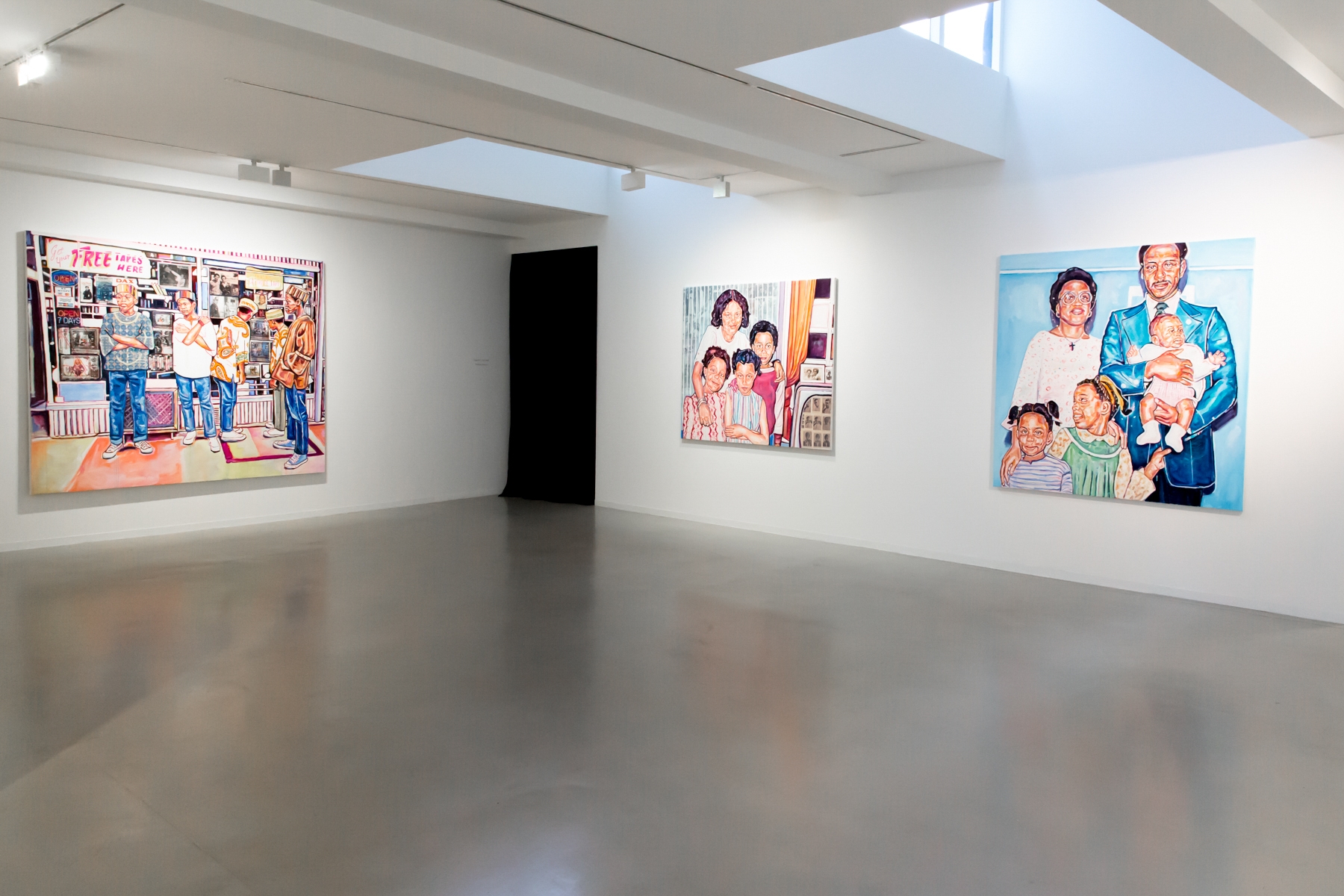 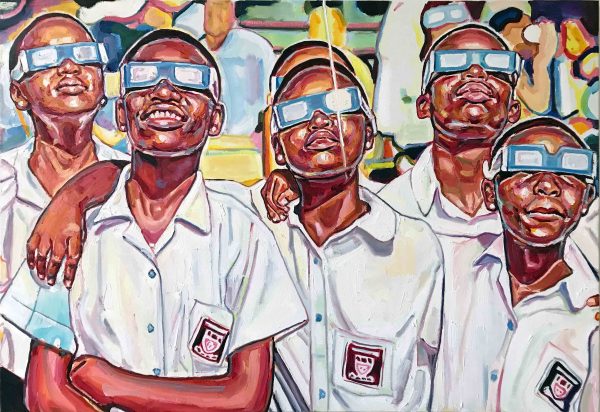 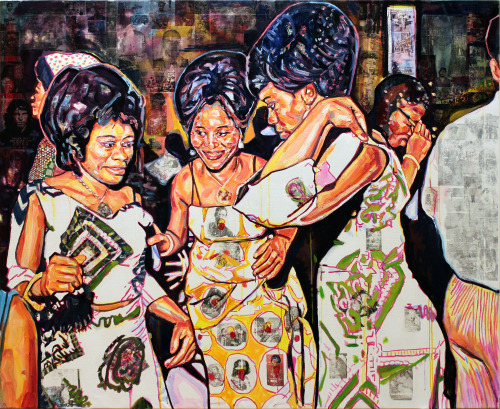 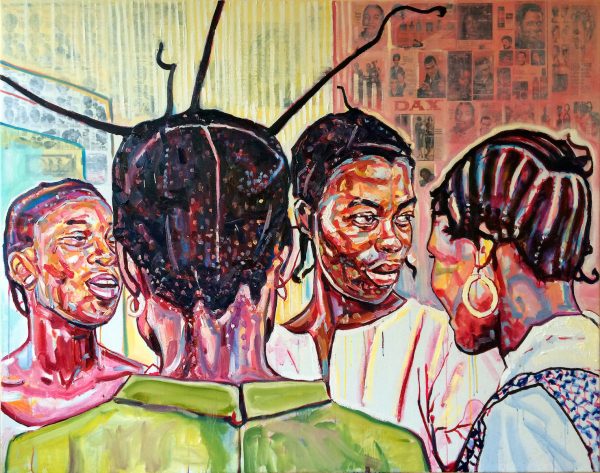 The Lost Art of Keeping a Secret, 2015 | Oil, ink and xerox transfer on canvas Esiri Erheriene-Essi 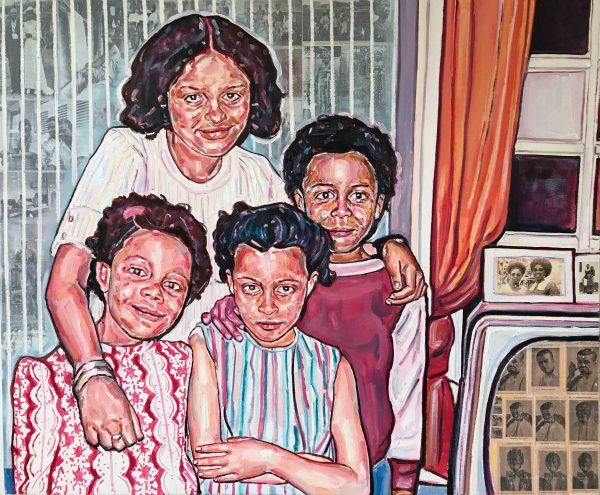 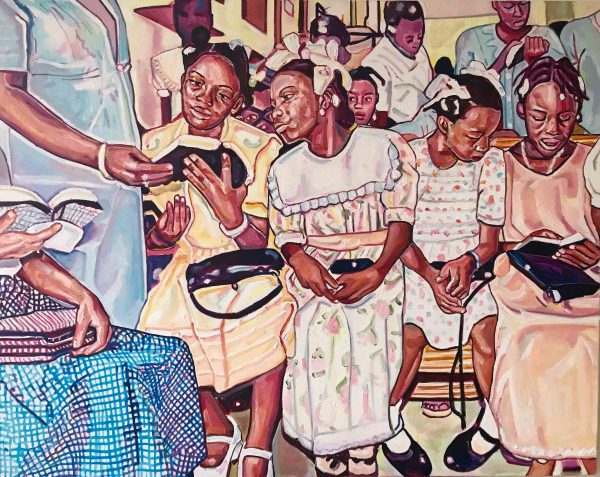 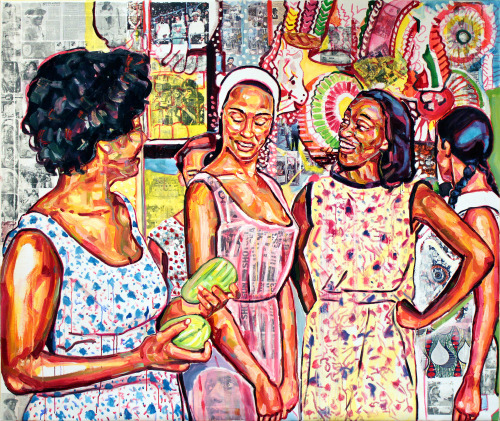 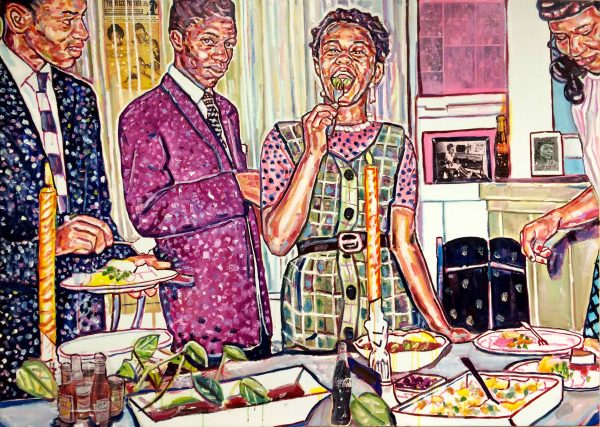 Take with a Pinch of Salt, 2016 | Oil, ink and xerox on canvas Esiri Erheriene-Essi 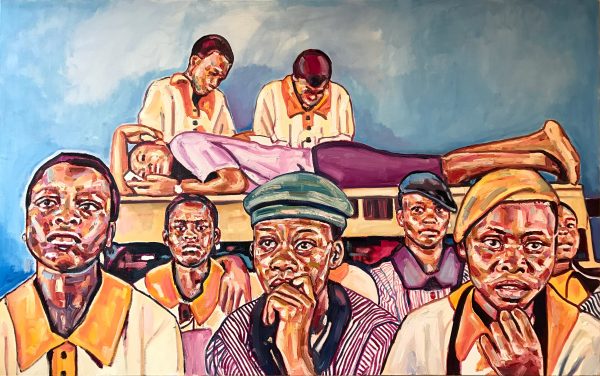 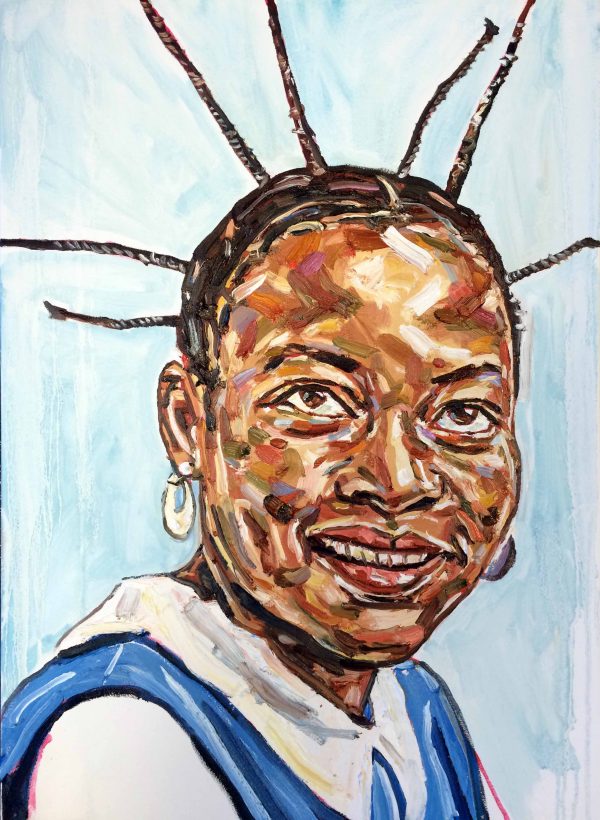 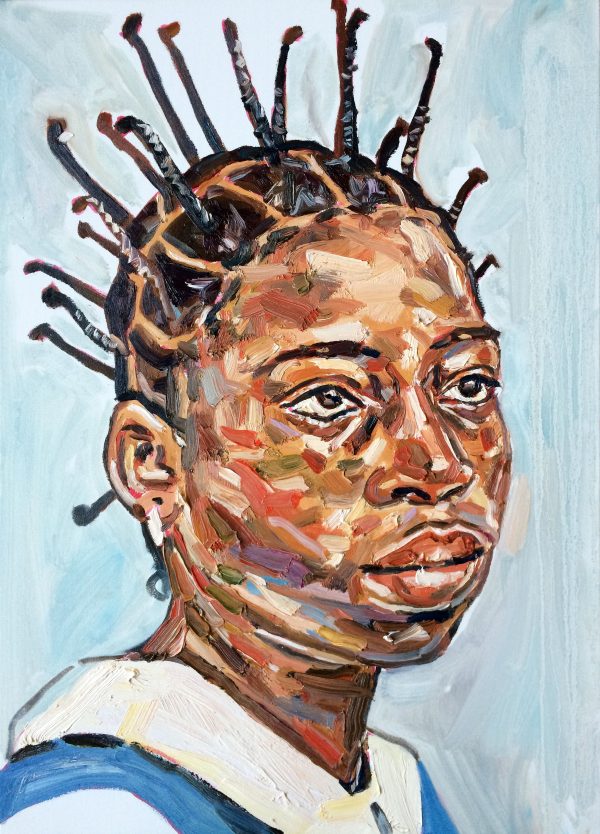 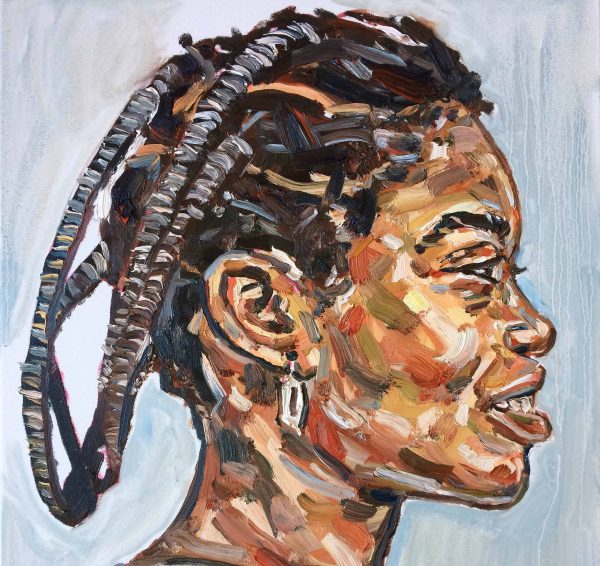 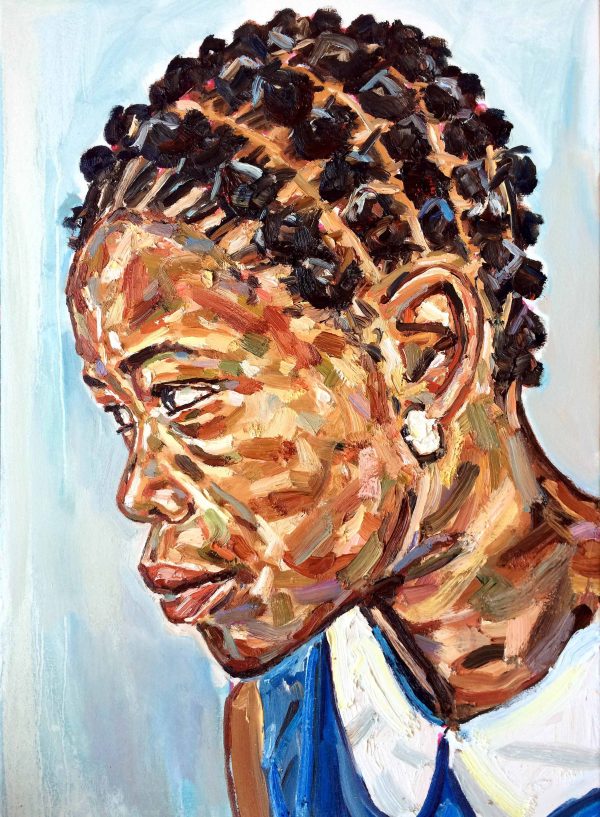 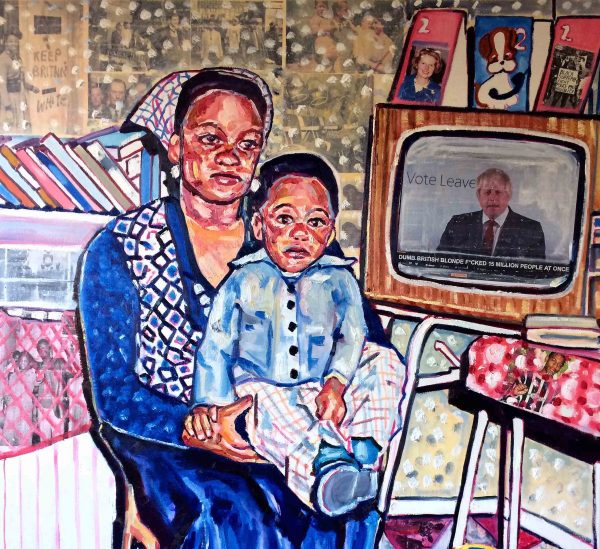 Everything is Illuminated (and Declining in Value), 2016 | Oil, ink and xerox transfer on canvas Esiri Erheriene-Essi 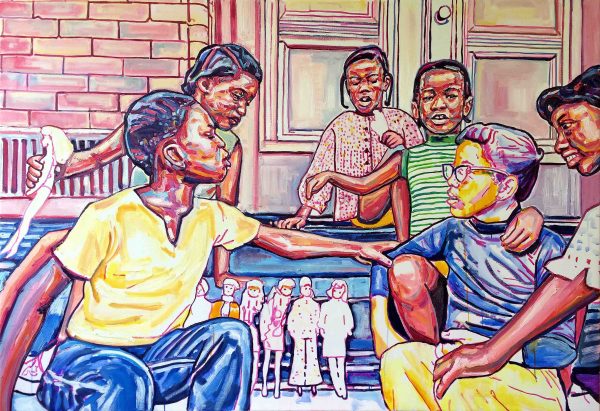 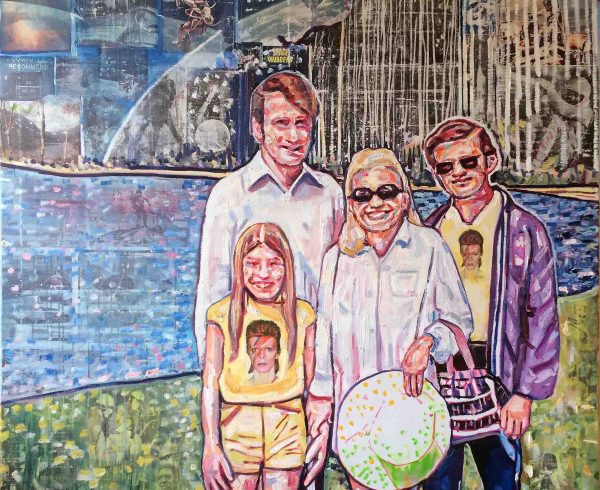 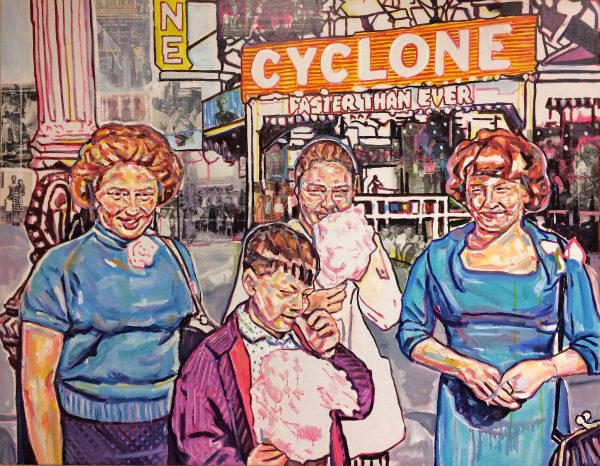