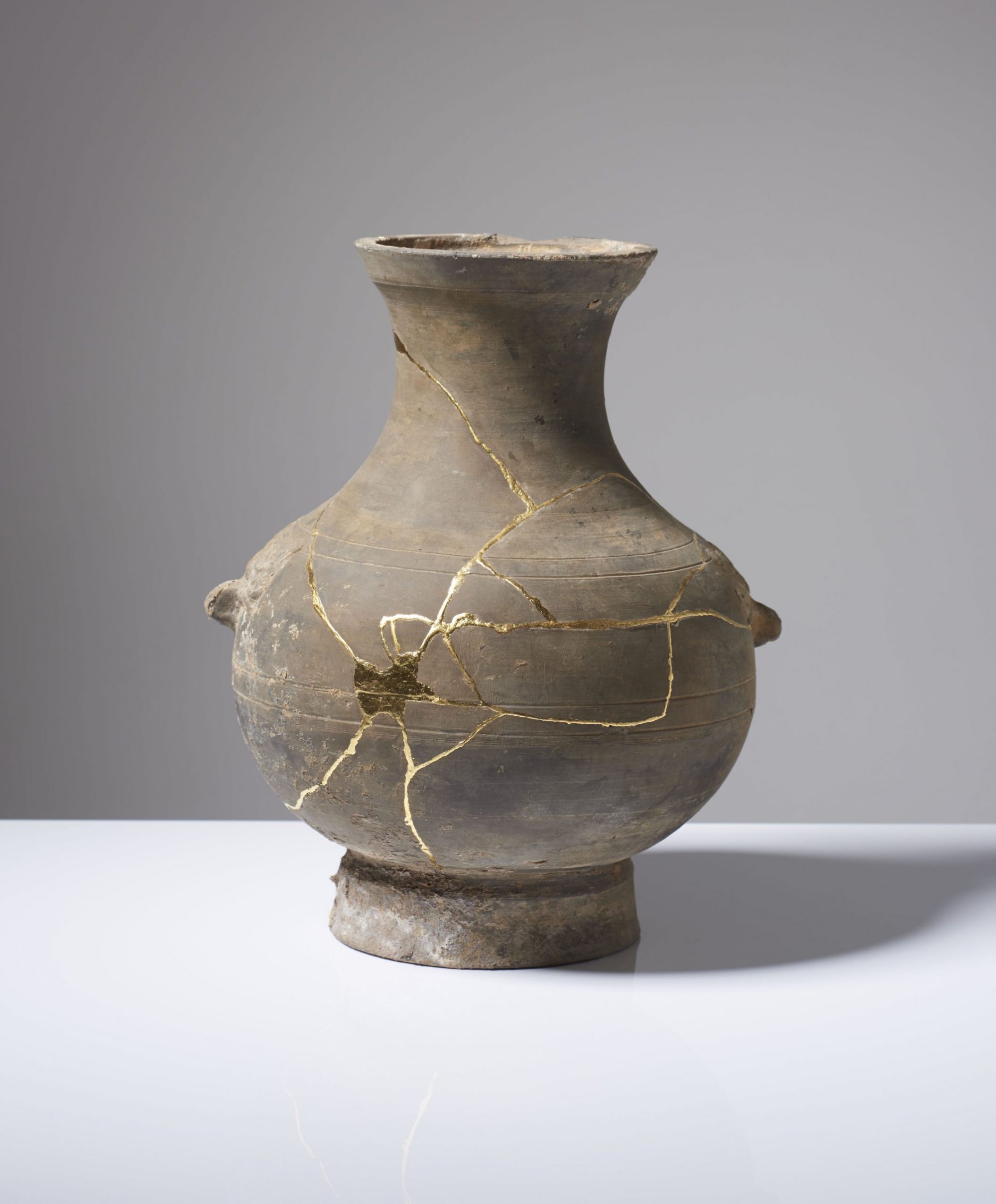 Galerie Ron Mandos proudly presents Studying human activity through the recovery of material culture, by Bouke de Vries (NL, 1960). A presentation of his latest sculptures all constructed from recovered Chinese and Dutch white Delftware ceramics. With his latest works, de Vries seeks out the human connection with ceramics through history and its prominent place within archaeology.

Made from the very earth of the land of their origin and primordially transformed by fire, the partly Chinese and partly Dutch ceramics are chosen for their important place in ceramics history. De Vries often works with these two, the Chinese carry a large variety of materials and the Delftware has such an important place in his native Dutch history and culture. The Chinese works cover the Han, Tang, Ming and Qing dynasties. Some items were grave goods, intended to help the deceased in the afterlife; a common cultural phenomenon, which almost seems to be a universal approach to death in ancient cultures.  Other items are from marine archaeology – ships laden with ceramics, lost and lying undisturbed on the sea floor for hundreds of years before being found again in recent decades.

The Dutch works focus on 17th- and 18th-century fragments of white Delftware, itself a material originally conceived to mimic Chinese porcelain. Unadorned with the usual cobalt-blue decoration, it was a material of everyday use, domestic or commercial, and when damaged was thrown away into cesspits, again lying undisturbed for hundreds of years until it was unearthed recently, often by amateur archaeologists. The archaeological ceramic remnants are the jumping-off point for a new narrative in de Vries’s latest sculptures. They tell a new story and perhaps one day they too will disappear back into the earth and will again be found in some unimagined future. 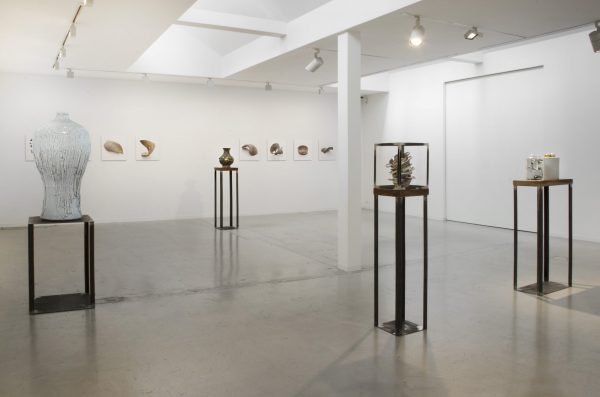 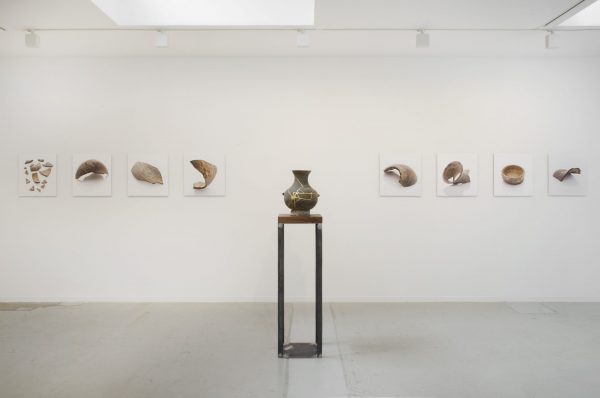 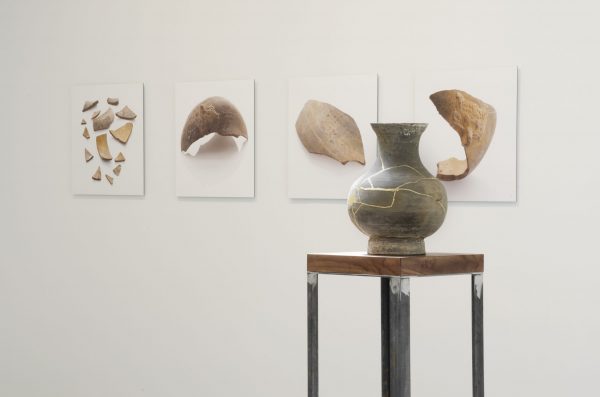 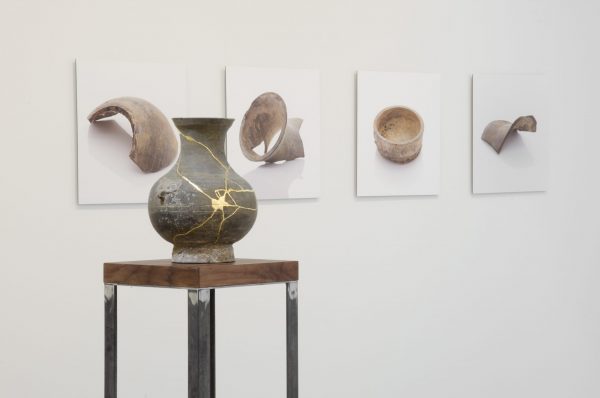 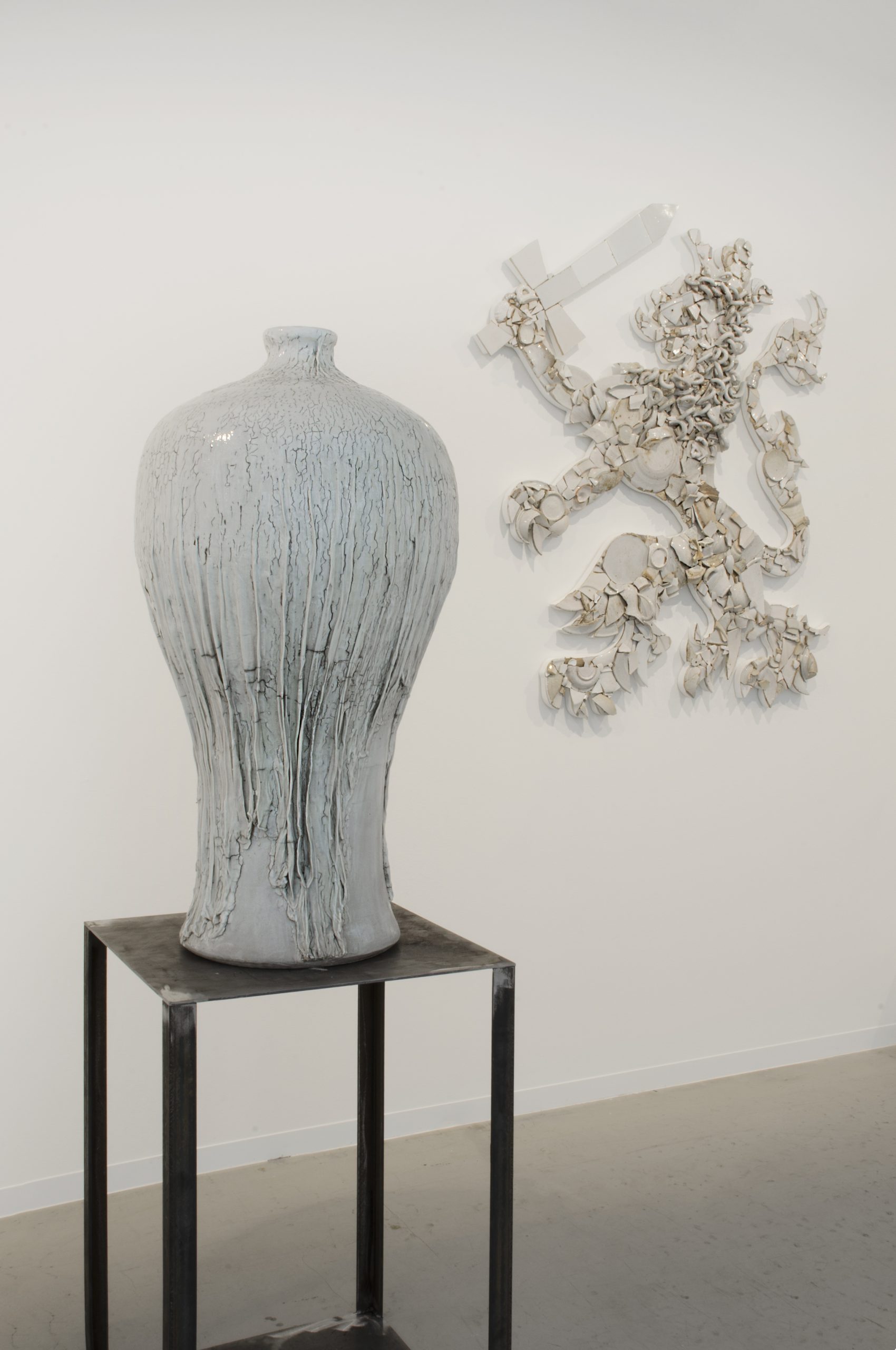 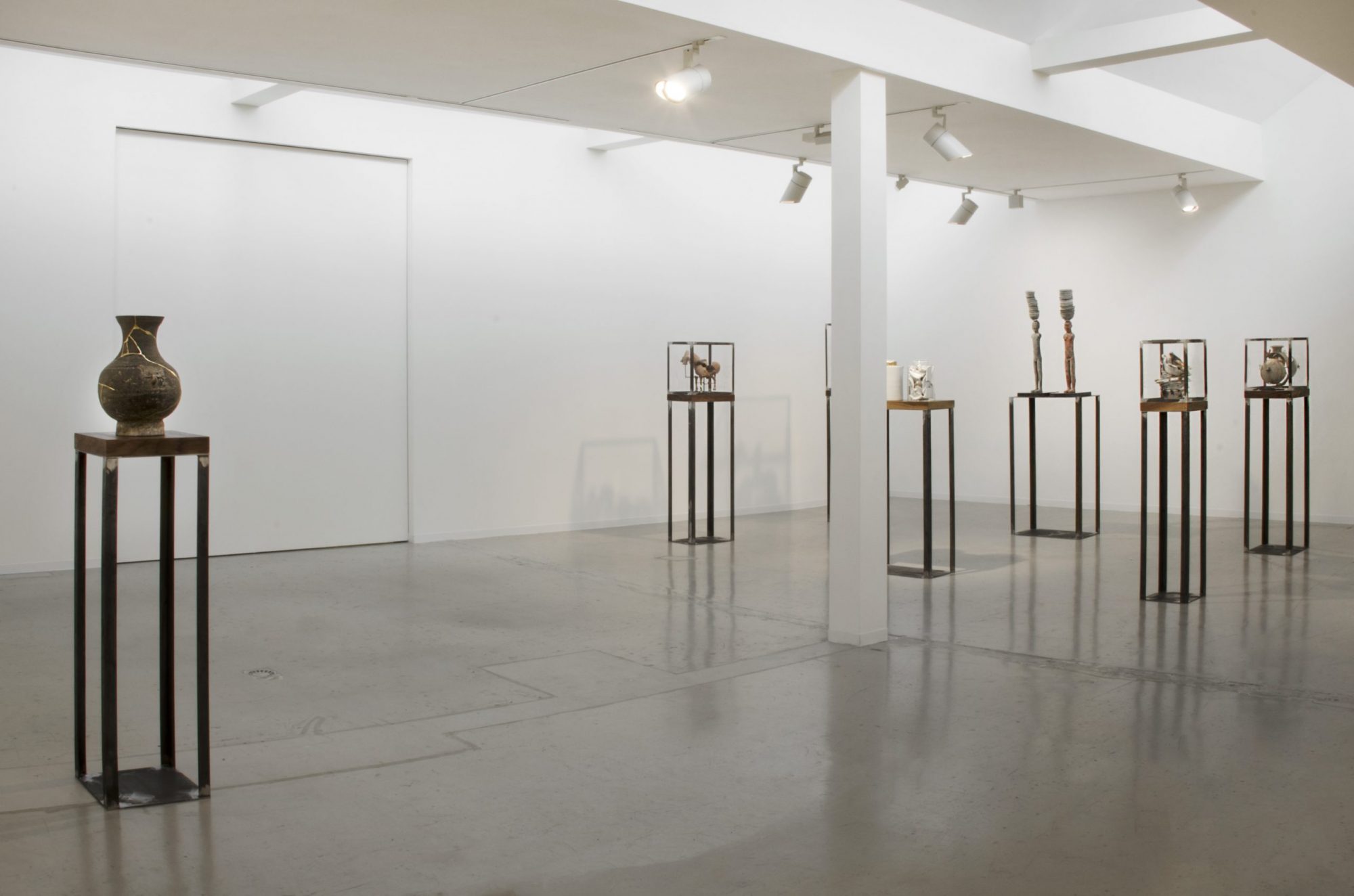 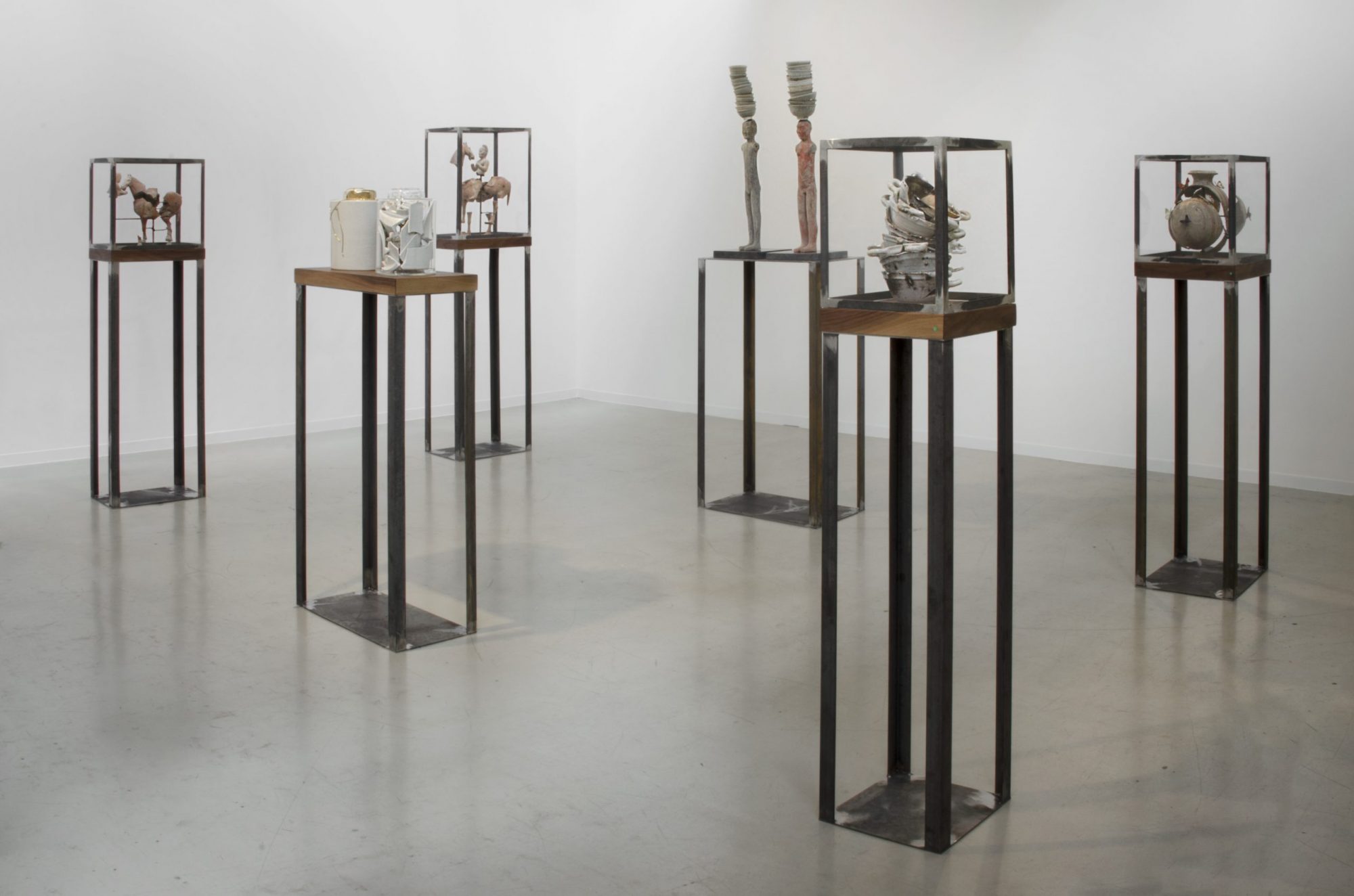 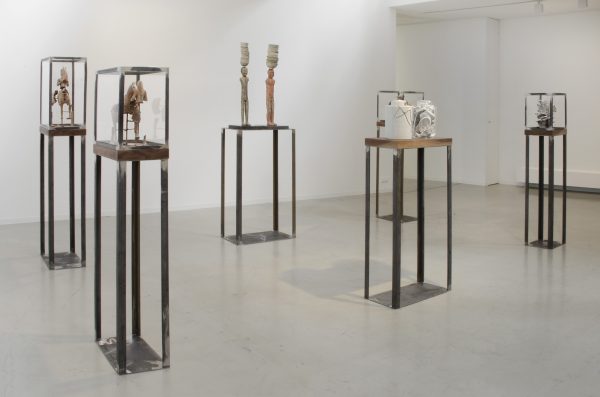 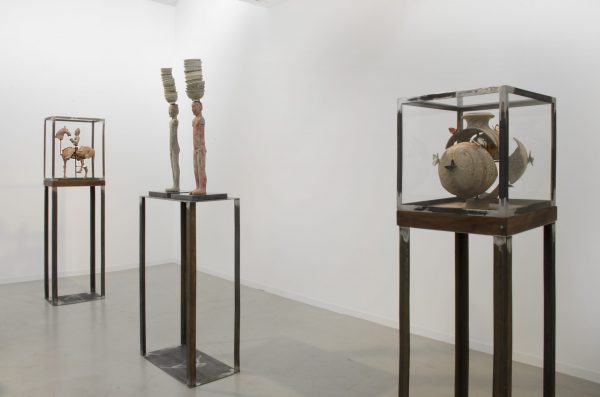 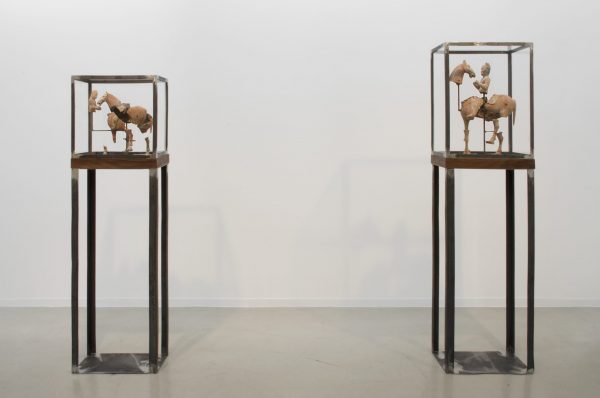 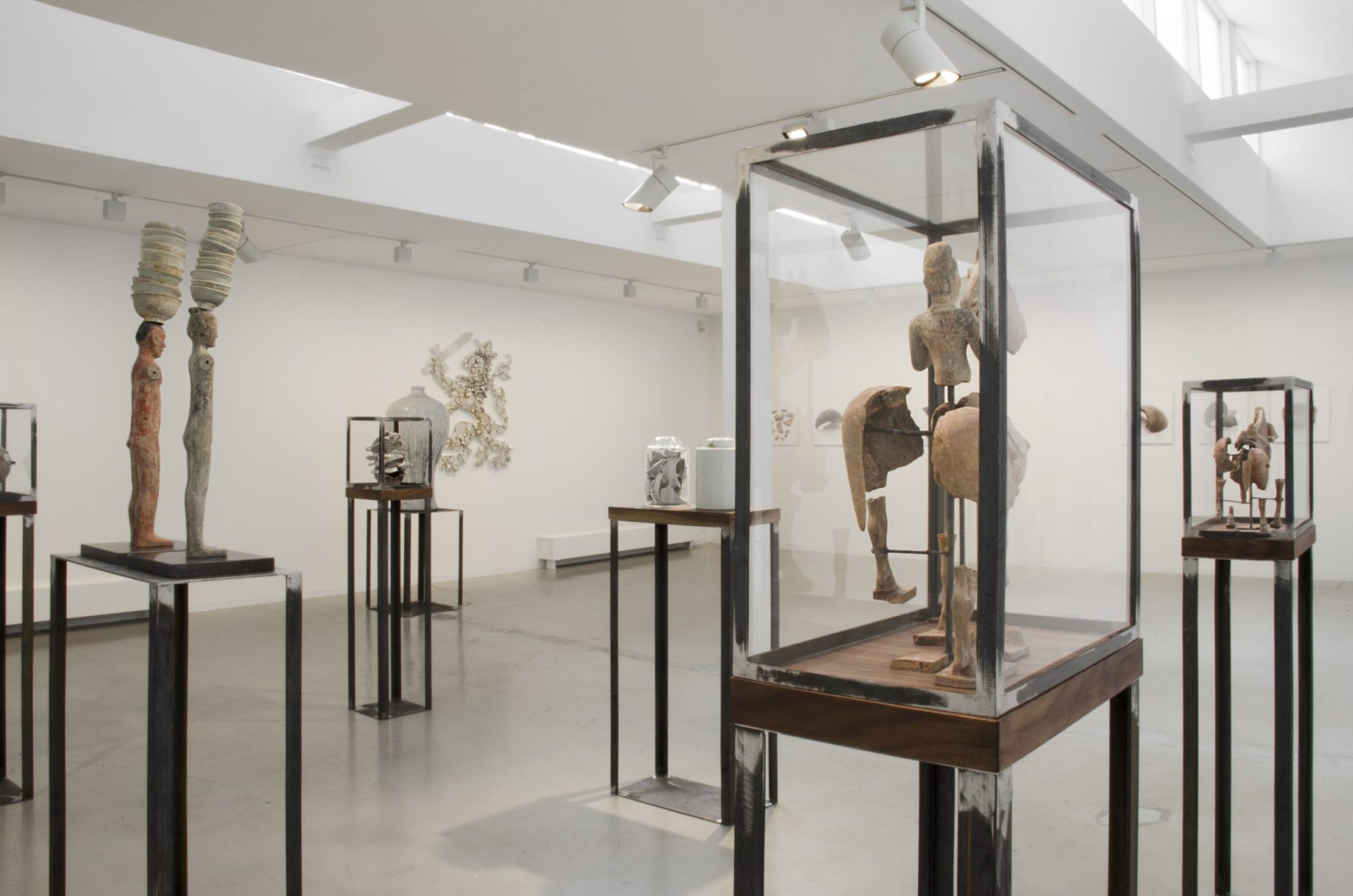 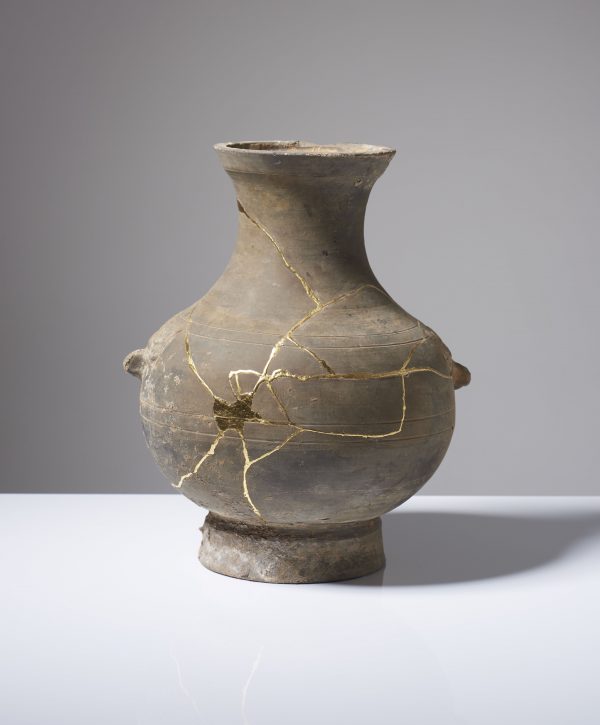 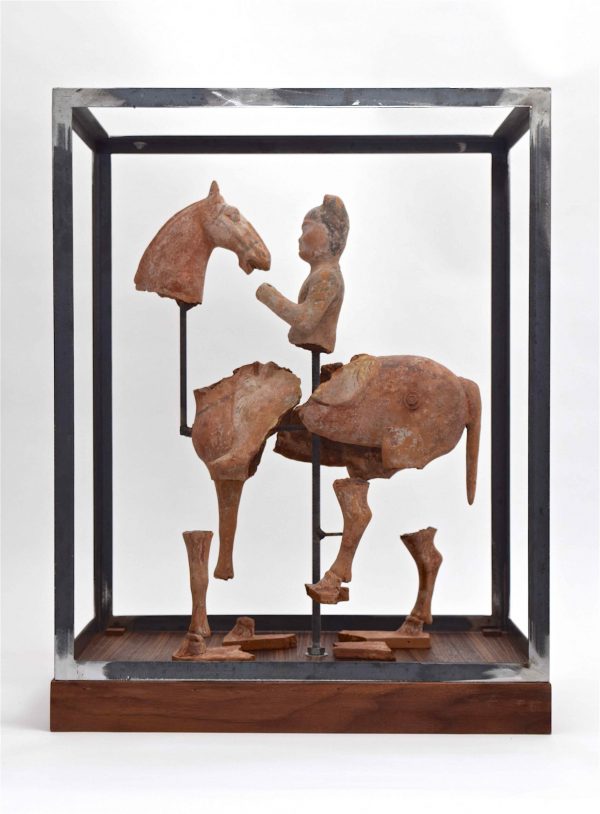 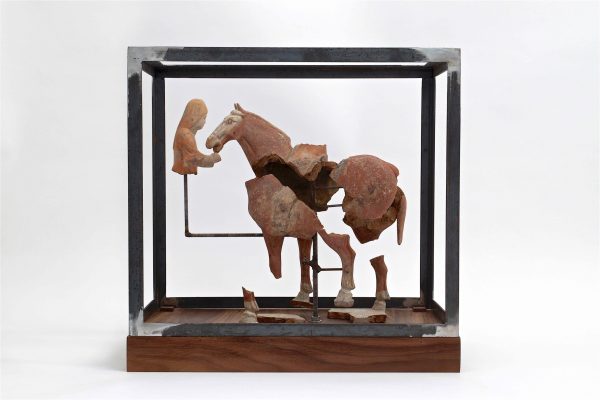 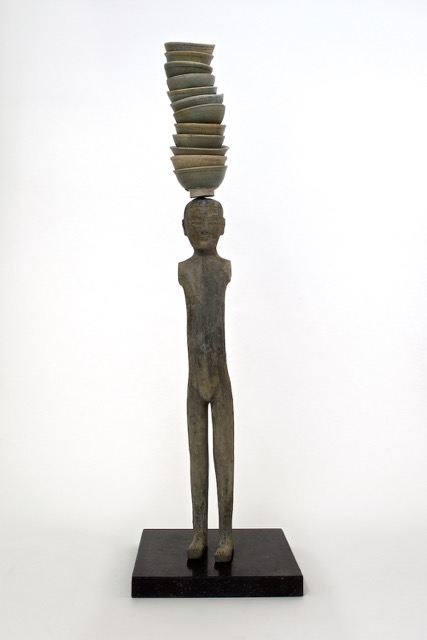 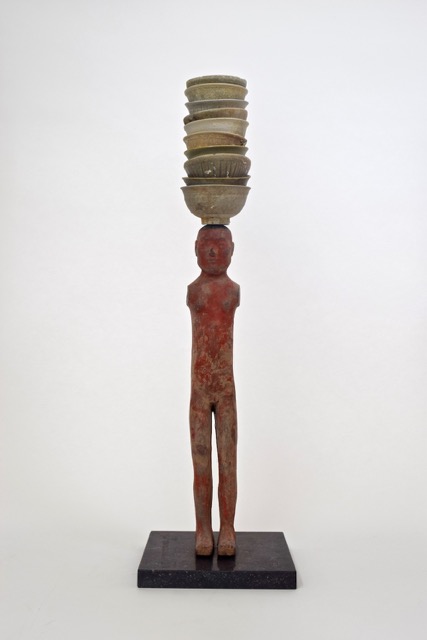 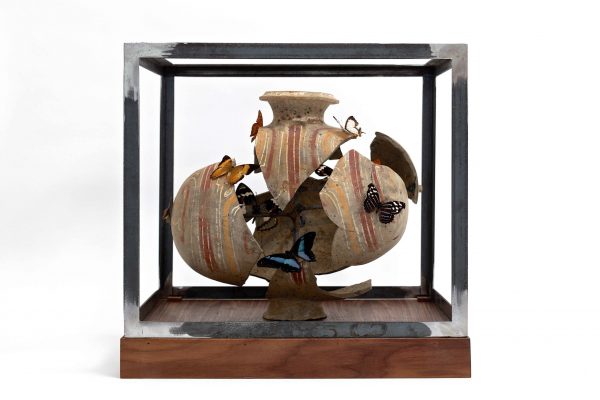 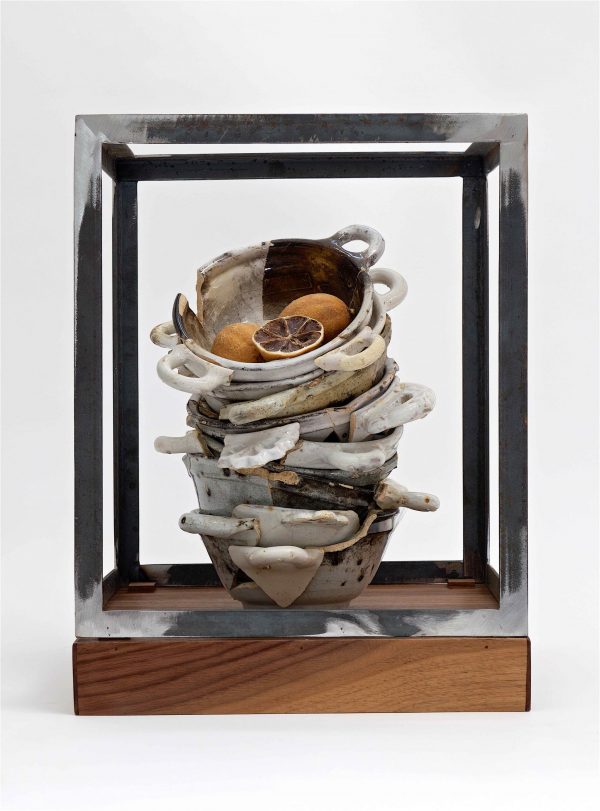 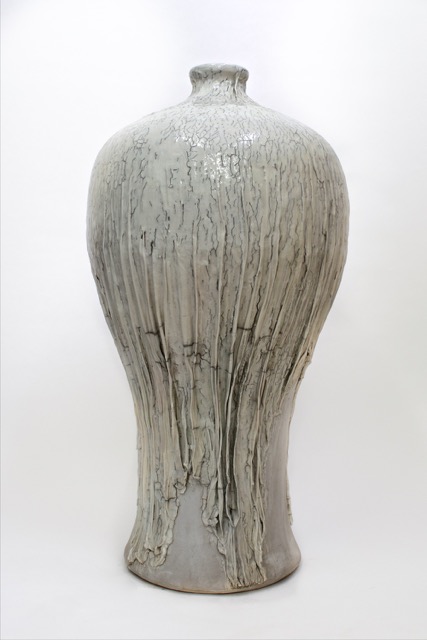 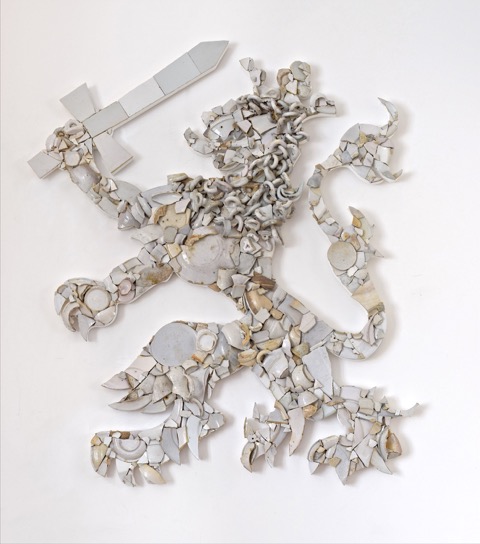 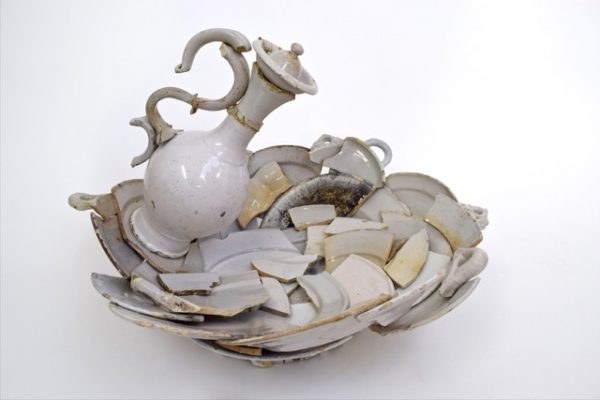 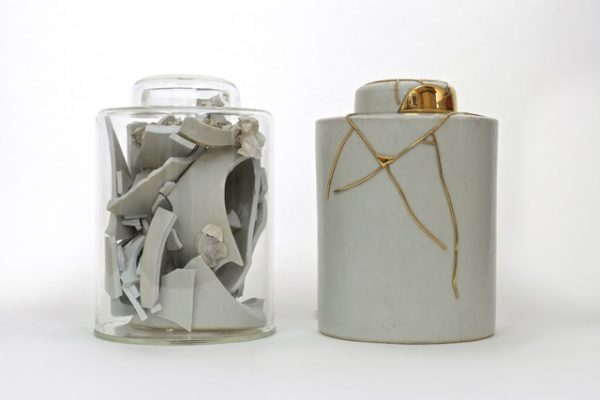 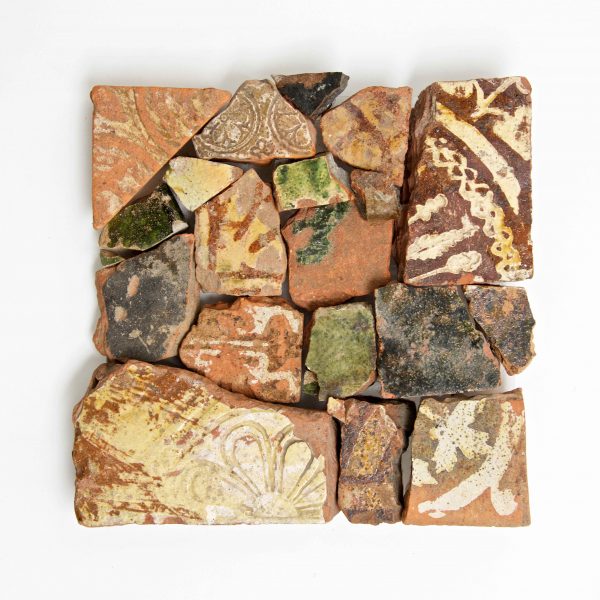 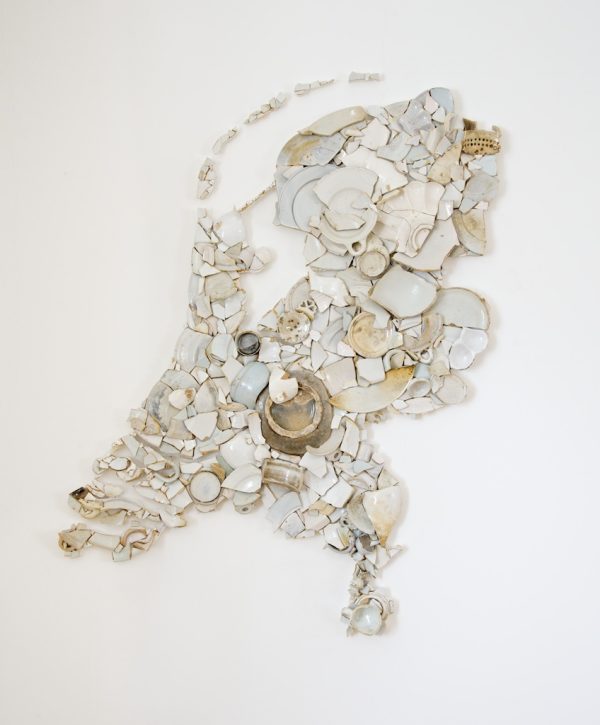 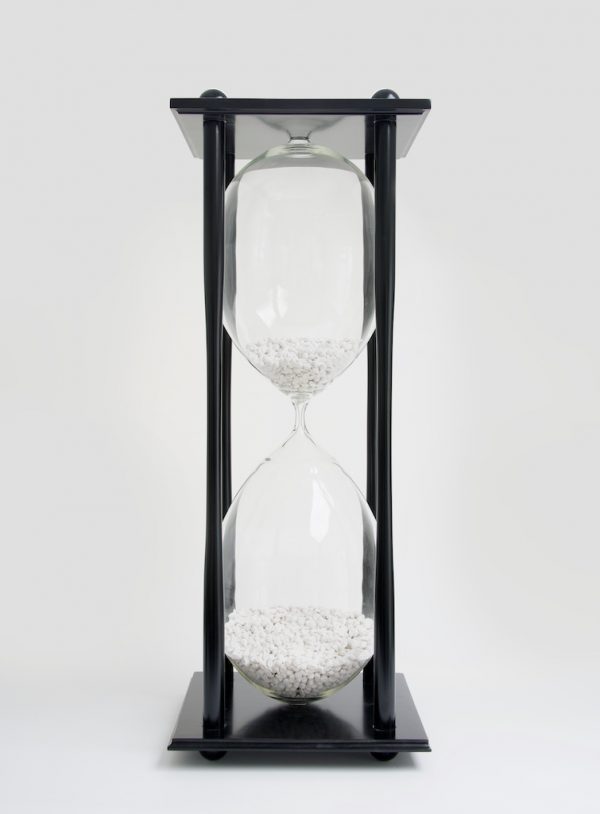