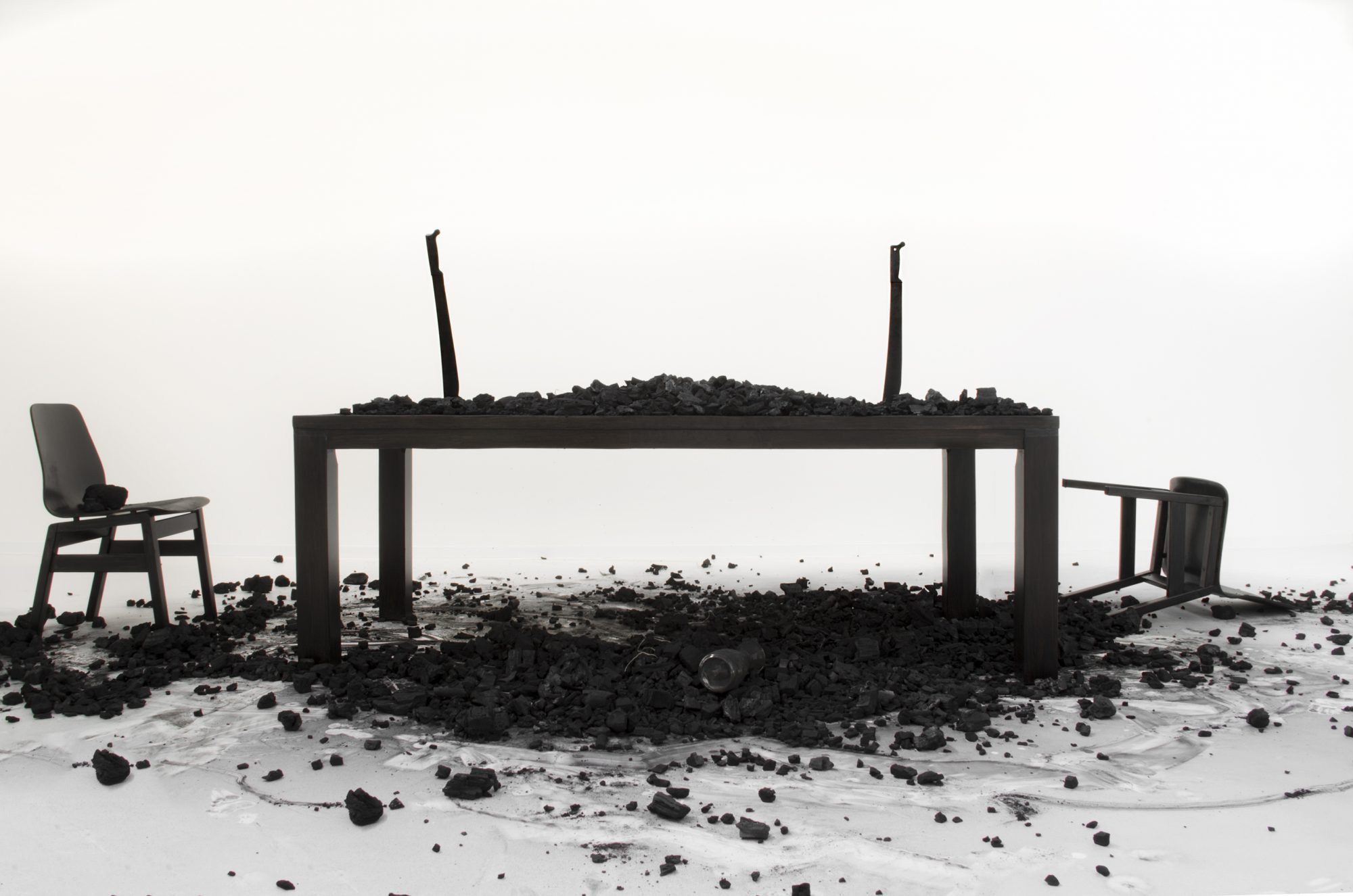 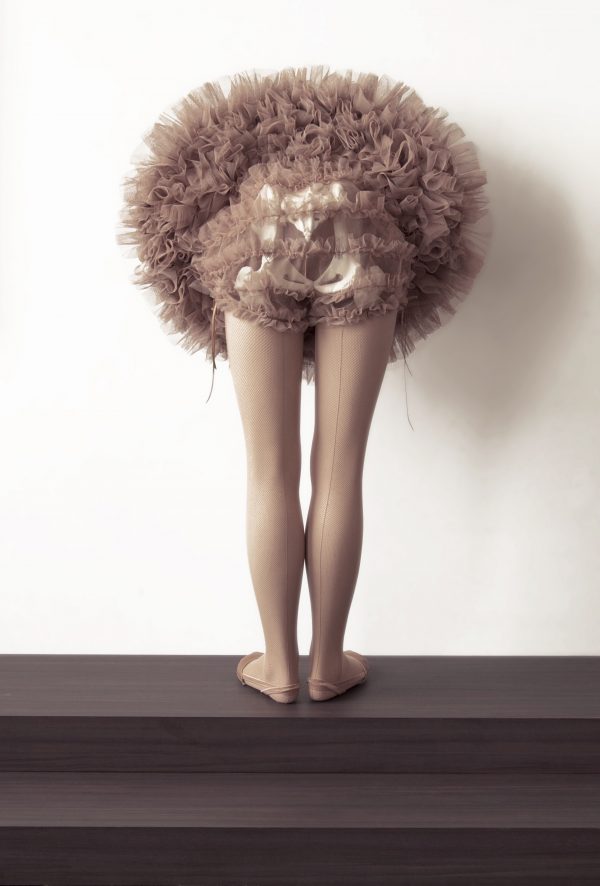 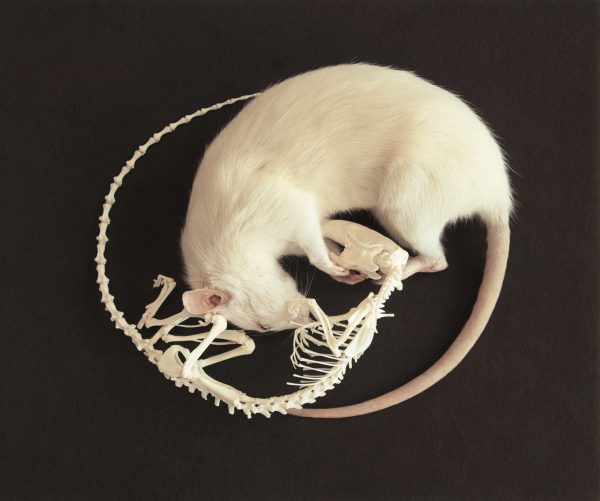 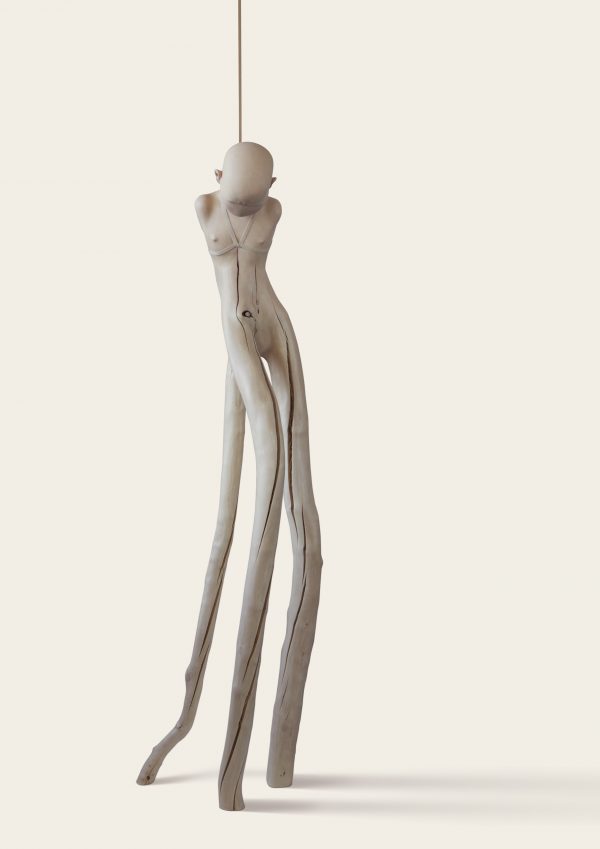 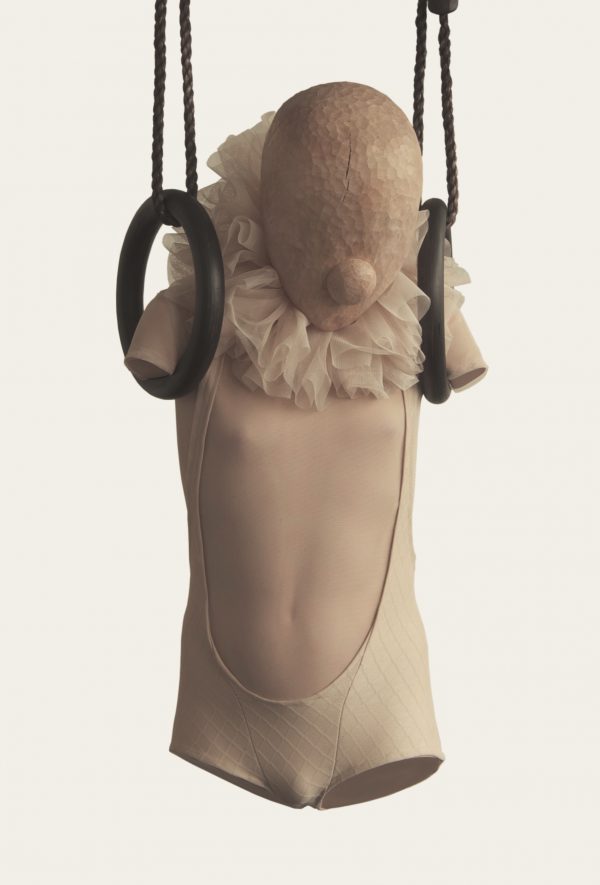 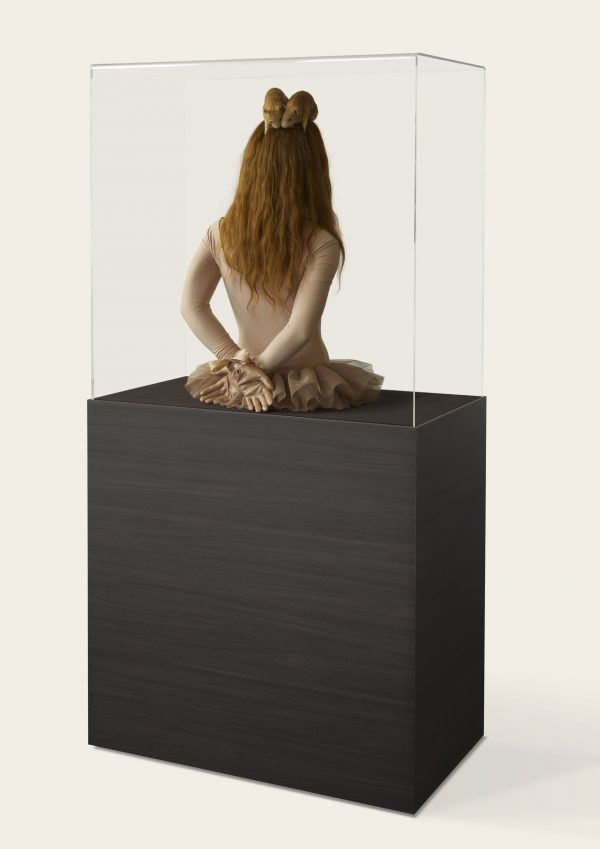 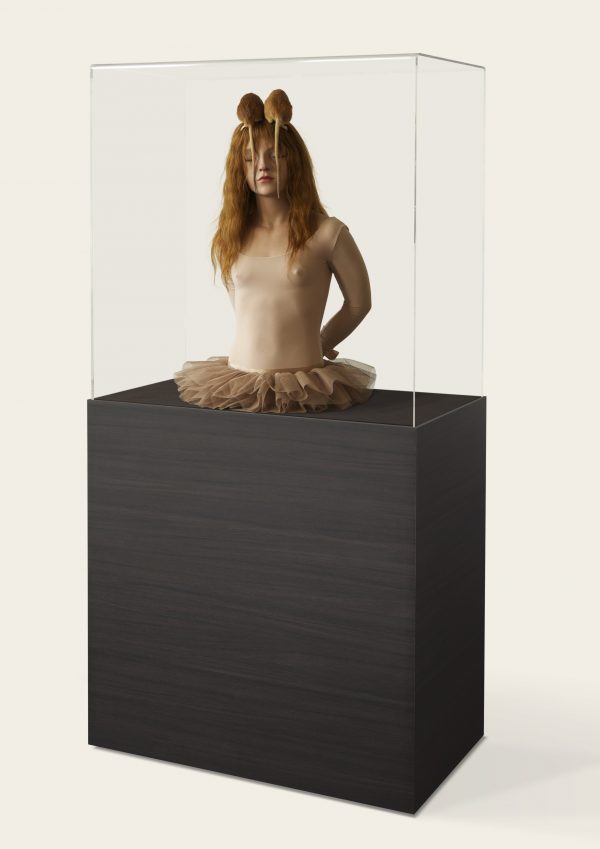 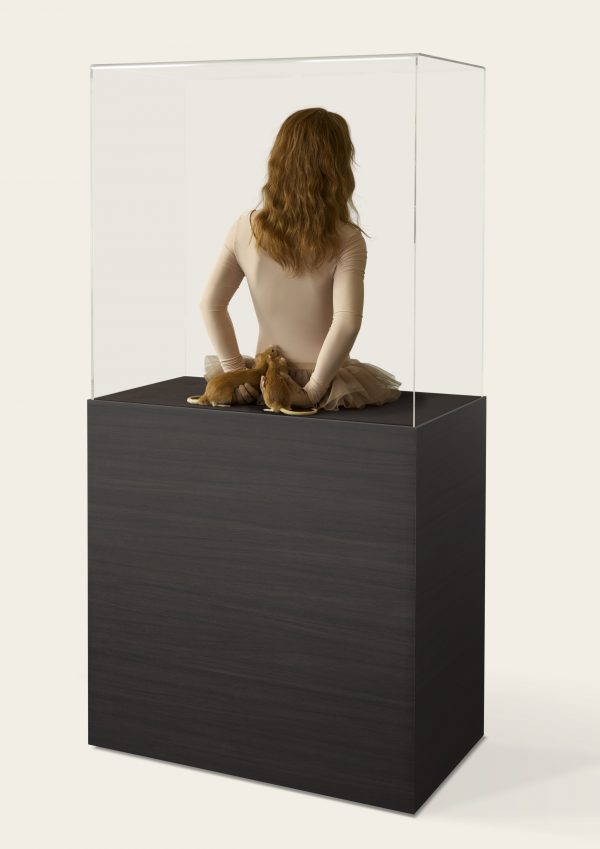 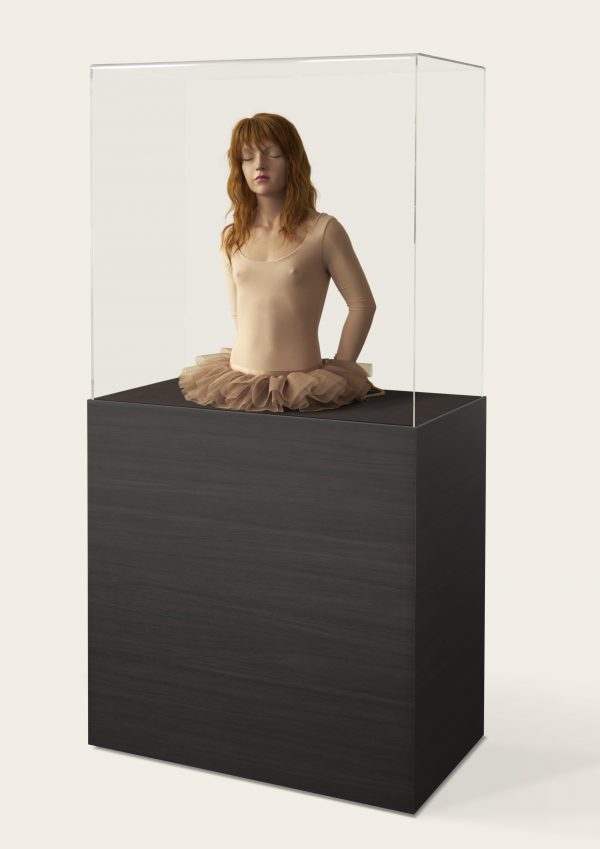 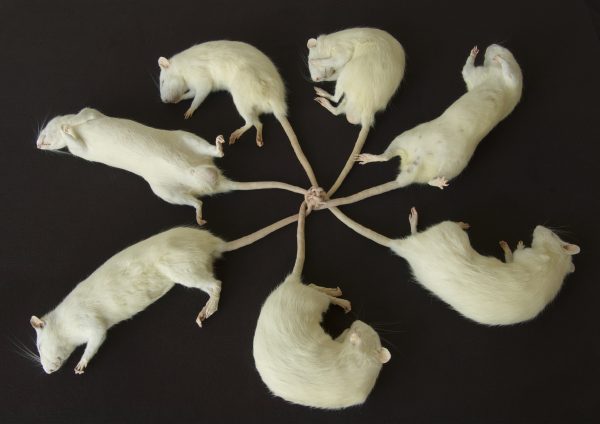 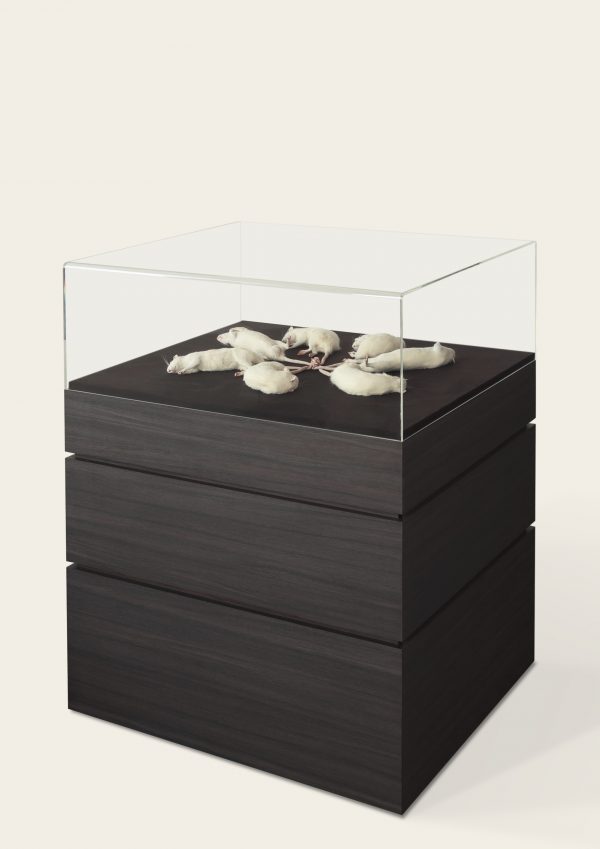 Stringendo {a musical term that indicates the retained increase of intensity} continues Silvia B.’s line of work of highly realistic sculptures. First presented for the Dolf Henkes Prize she started a new series of sculptures that are both hyper realistic and abstract because of the use of fragmentation and repetition in shapes. La Dolores, an air dancer hanging from a rope in an impossible position, calmly and with her eyes closed, started off the series. The figures are produced with impressive craftsmanship and include wooden components which question their humanity. For Stringendo Silvia B. returns again to the world of theatre, in which man puts himself literally in the spotlight, this time she chose the world of dance. She takes the ballerina as a symbol for extreme civilization, always highly disciplined and hiding her pain forever behind a beautiful façade of perfection. The rats that flank the dancers side, should seem completely inferior, being ultimately complementary to civilized man, while always living in the same numbers as we do and feeding theirselves from our waste. But they don't, in the compositions of Silvia B. they have an angelic and pure appearance which makes them almost equal to the ballerina’s. The staging of the two complementary characters sums up the drawback of human civilization. Our self-imposed subjection to it goes against mans nature and requires the highest standard from ourselves. On the other hand we try to grow and free ourselves from the strings that attach us to our homeland, education, family and culture, so we struggle in two directions. Meanwhile, it is this struggle that distincts us from the animal kingdom. At first sight Silvia B.’s sculptures look perfectly real which refers to the human desire for perfection and gives them a tremendous appeal. But when looking closely the illusion of beauty unfolds itself because of certain delicate and even macabre details. The ambivalence in imagery and concept make these sculptures very powerful; they are both alluring and horrible and equally accessible and reflective. This required the utmost of the artist. Like the ballerina she cannot escape the demand to perform to her best and to reinvent herself again and again, Stringendo shows the result of this.

Silvia B. lives and works in Rotterdam.

Her work has been presented a.o. KIASMA - Museum for Contemporary Art in Helsinki, Design Biennial Istanbul, Verbeke Foundation in Kemzeke, Musée la Halle t. Pierre in Paris, GAD-Art in Oslo, Singer Museum in Laren, Centraal Museum in Utrecht, GEM and Museum Beelden aan Zee in The Hague, Stedelijk Museum in Schiedam, Garage in Rotterdam, MU in Eindhoven, TENT in Rotterdam, CODA Museum in Apeldoorn, Kunsthal in Rotterdam and Rijks Museum Twenthe in Enschede will show a retrospective in 2016/2017, coinciding with the publication of the first and up to date monograph OF BEAUTY AND DOUBT. 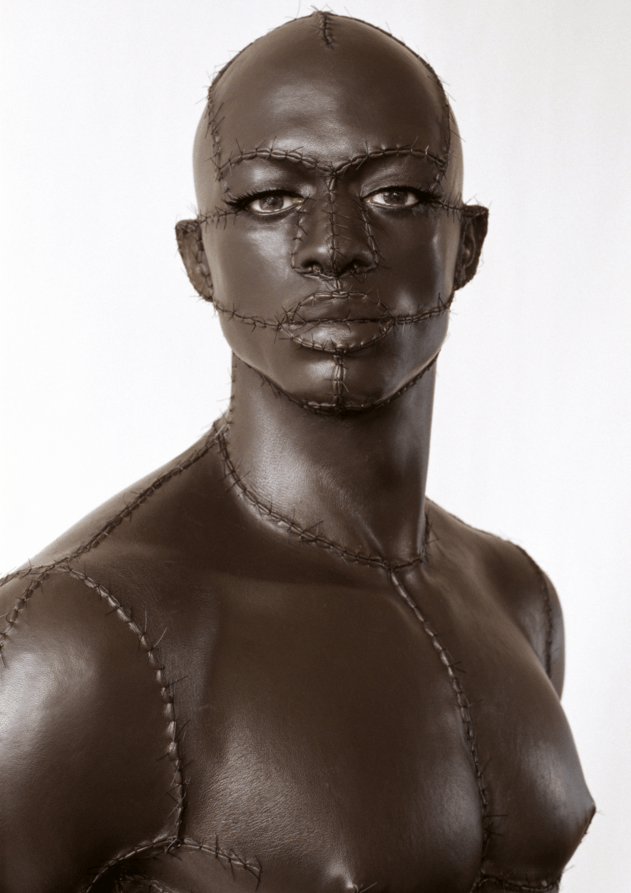 Museumtijdschrift | Silvia B. – Of Beauty and Doubt 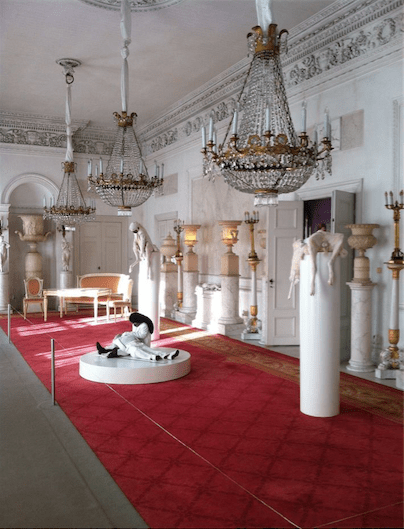 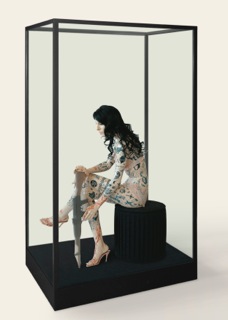 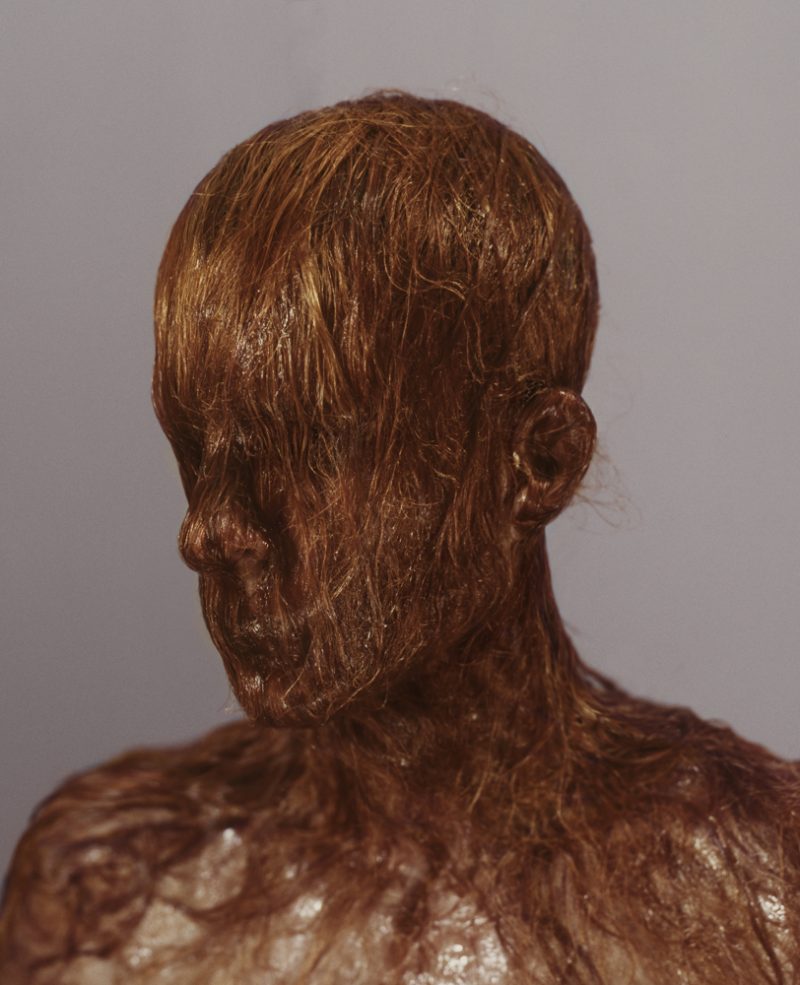 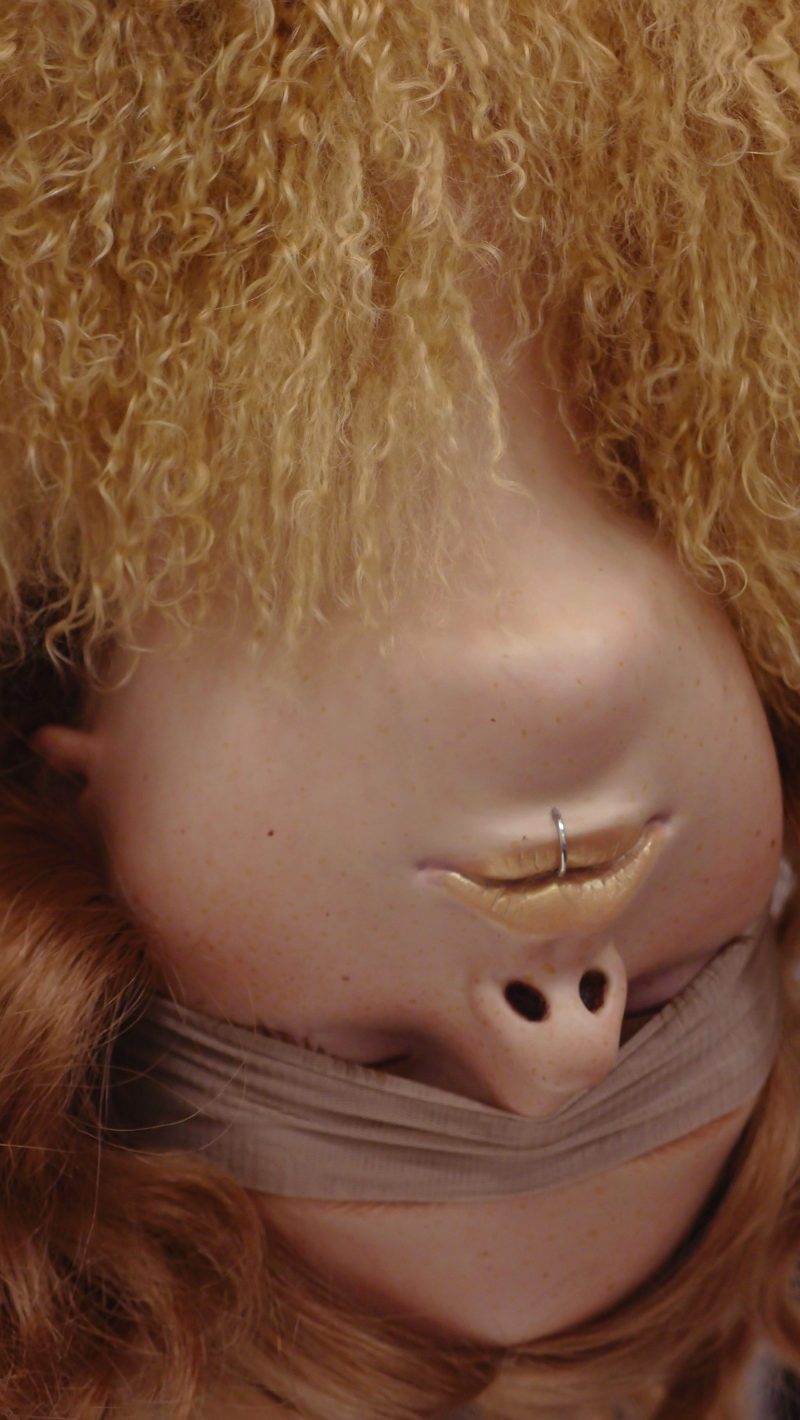 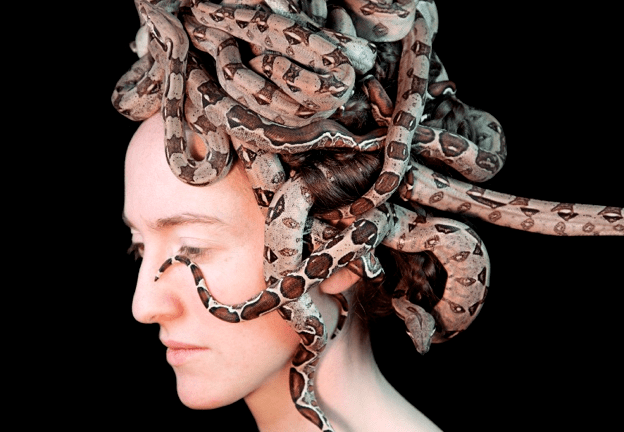 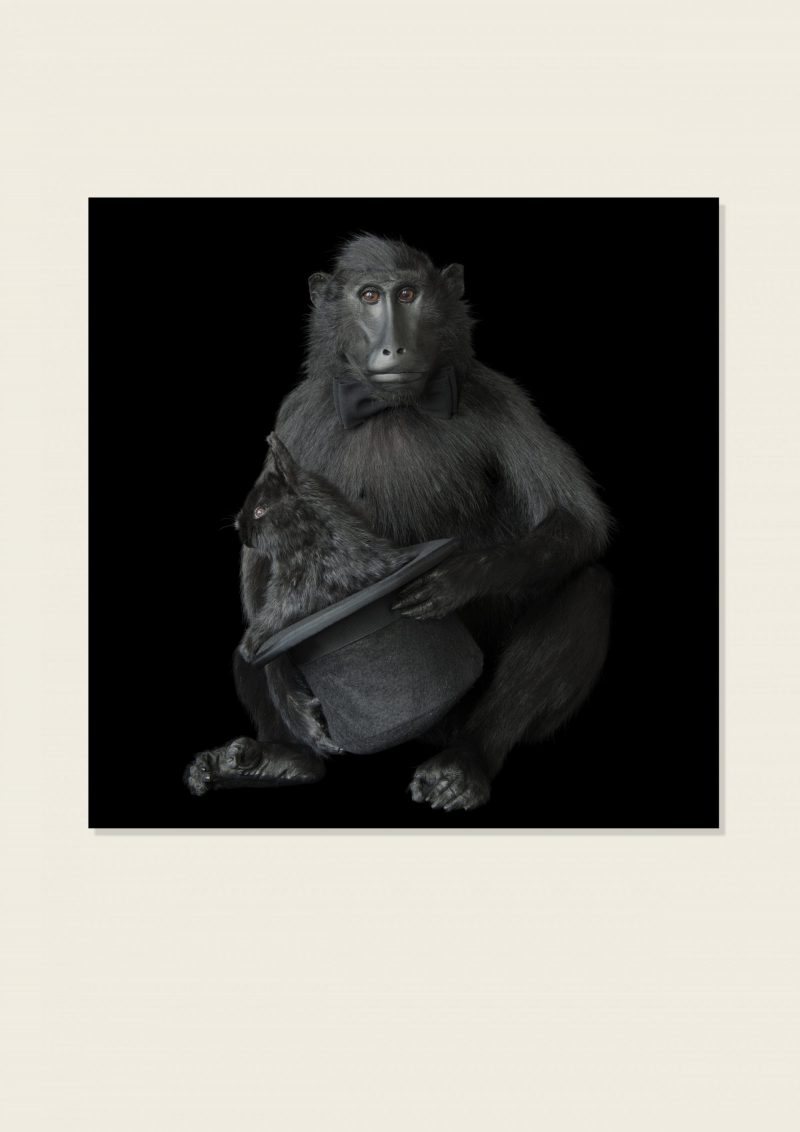 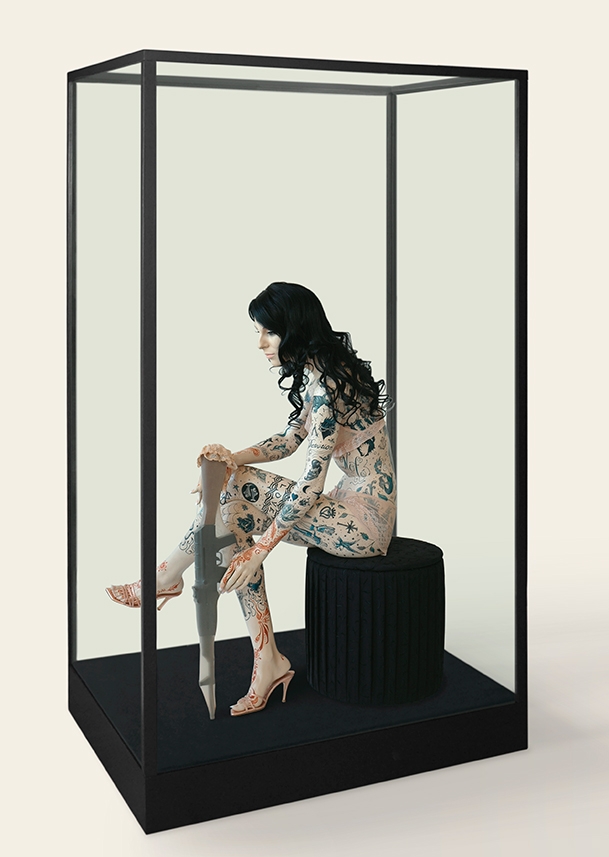 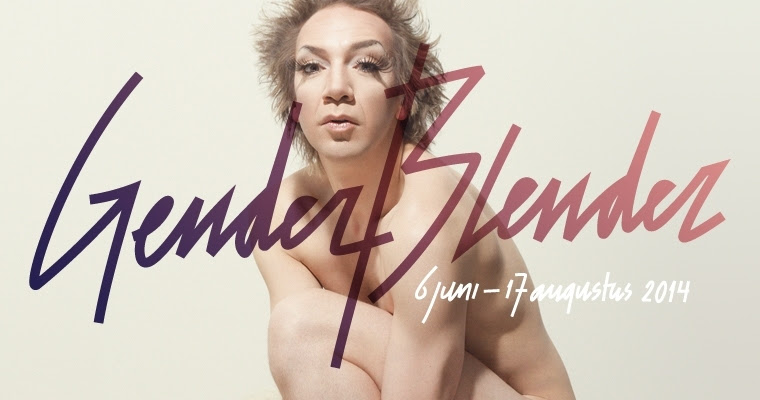 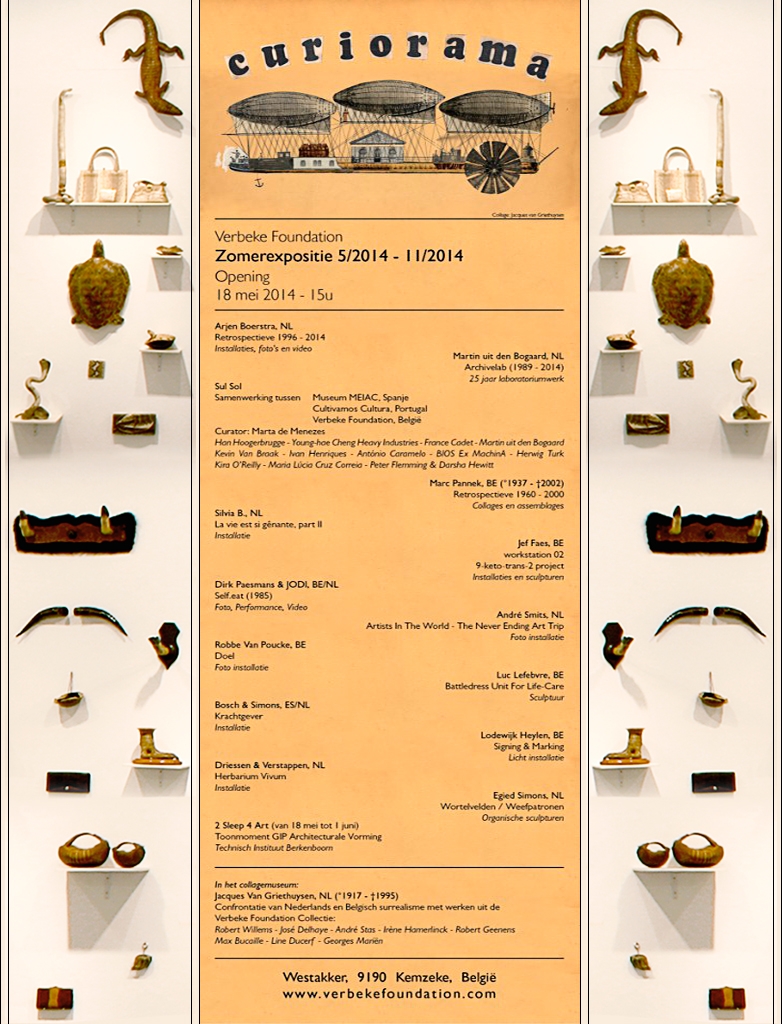 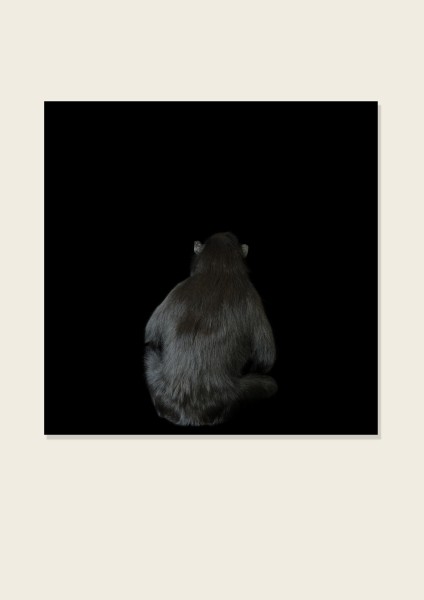