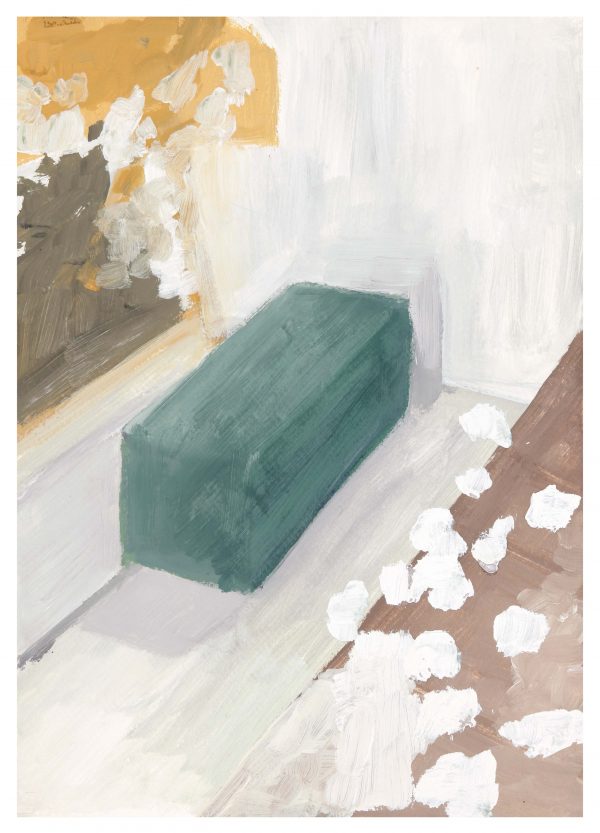 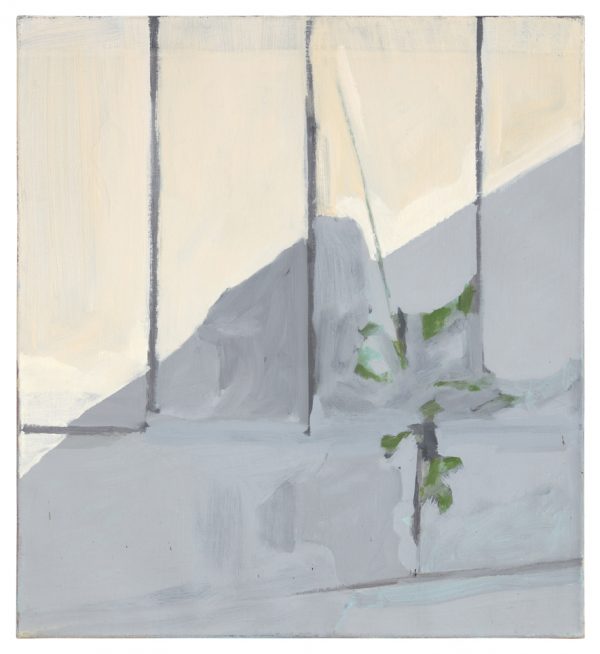 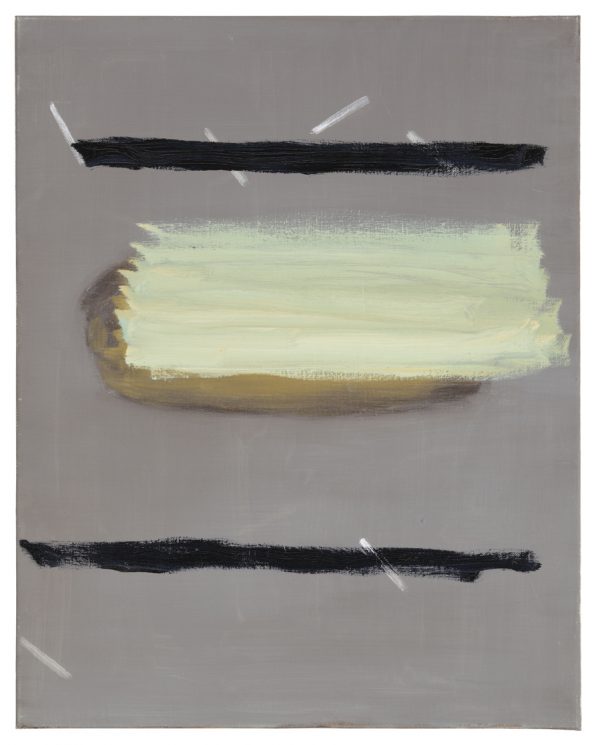 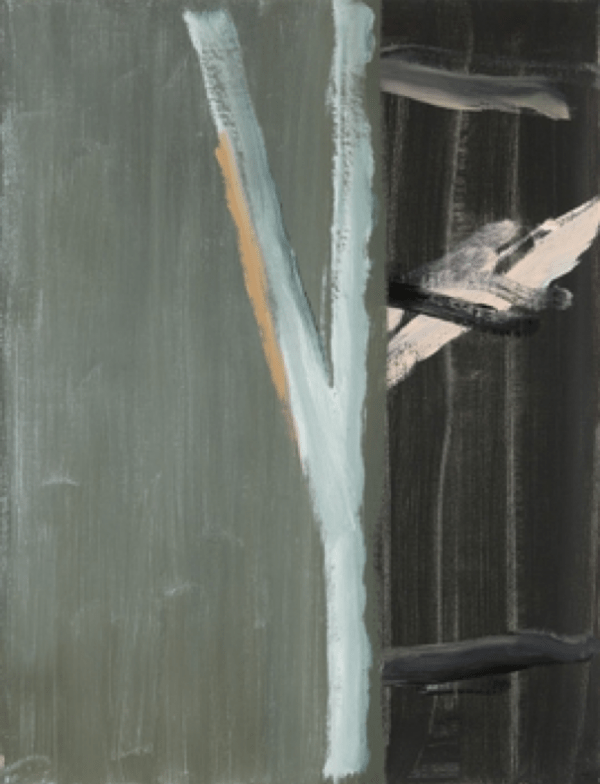 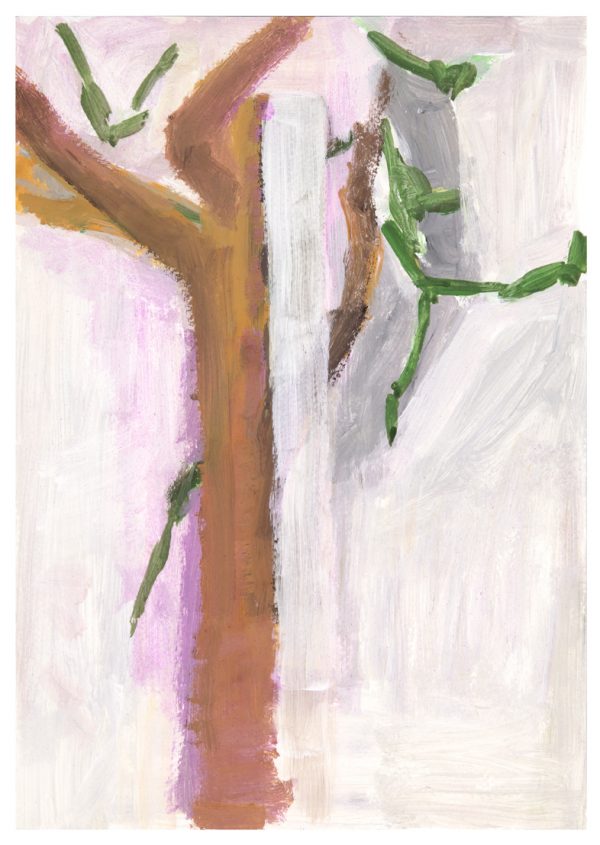 Ilse D’Hollander studied art in Antwerp and Ghent. The influence of French painter Nicolas de Staël can still be discerned in her early work, as evidenced by several large gouaches in which greens and reds dominate. Impressions she absorbed on long walks would provide material for her paintings, which can be seen as after-images of her wanderings. The abstract images record her memories of the rolling hills, the still water of the canal, the fruit trees in the orchard. Sketchy, incomplete, not entirely accurate and with few details – just like memories themselves.