The newest instalment in “The Collapse of Cohesion” is a series of short films, based on drawings. One of the drawings presents an image of an archive room, filled with large structures of cabinets containing more than 1500 neatly arranged icosahedrons. The whole arrangement is held in place by the very structure of the cabinets and the force of gravity, in a fundamental and continuous on-going struggle between the desire for order and the forces of nature. An unknown cause upsets this equilibrium and the cabinets are made to topple over. The symmetrical forms are no longer held in place, gravity takes over, order is turned into chaos.

In the film, the drawing has been replicated life-size in wood. All the visible surfaces are covered in carbon powder, and the setting acquires shape only through the reflection of the light. Reality becomes tangible only through the experience of lighter or darker hues, as in a drawing. The falling apart of the structure is filmed at over 1000 frames per second. After months of meticulous preparation, this is the only, and crucial, moment over which the artist has no control. In contrast to the drawing in which the moment of chaos remains an interpretation by the artist – and is therefore inexorably linked to him – the film makes it possible to relinquish all and every form of control. Unpredictability becomes a new factor in this work.

The time of the event is stretched; the moment measured in seconds becomes a minute-long occurrence and forms a new reality. Time, because of this massive slowing, seems to no longer affect the process of disruption. The icosahedrons float through the air, rotating, the glistening of the light that reflects on their 20 faces reveals their symmetry in its ultimate form. Entirely free, in search of a new order. With a great feeling of serenity, the viewer experiences how gravity gives these elements their new place.

The series “The Collapse of Cohesion” consists of films, drawings, installations and photographs. Whereas the previous series incorporated themes of control, order and structure, in these works we witness the disintegration of these elements. Order turns into chaos. Visions of collapsing desks, falling cupboards and exploding cabinets mark the moment of disruption. Human structures are affected by forces of nature such as gravity, water and wind and in this way realigned into a new, natural order of things.

Although these works play on our fascination for destruction and need for disorder, they do possess an inherent compositional equilibrium. The physics of falling objects has a logic that is bound by rules. Every image has been carefully composed by Van Veluw in preliminary drawing studies. The placement of each element was not left to coincidence but was a preconceived choice of the artist.

The role of every discipline and their sequential order in the series has particular meaning. Every idea originates in drawings, which are subsequently translated into three-dimensional reality through installations, photographs and films. This particular sequence is important: the drawing, which acts as the original artistic impetus, corresponds to the freest phase of expression in the elaboration of the concept. In drawing, reality is created out of nothing; traces of carbon or charcoal on a carrier form the base from which everything is constructed.  In contrast, other disciplines replicate reality by means of its very building blocks; reality is as it were construed, staged, manipulated.

Levi van Veluw was born in the Dutch town of Hoevelaken in 1985 and studied at the ArtEZ Institute of the Arts in Arnhem. Since graduating in 2007, Levi van Veluw has produced multi-disciplinary works that includes photographs, videos, sculptures, installations and drawings. This varied body of work has been showcased in many different locations across Europe and the United States, earning him a number of nominations and awards. 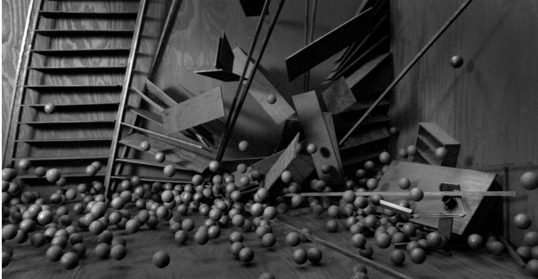 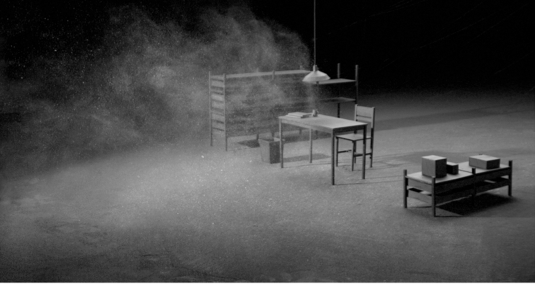 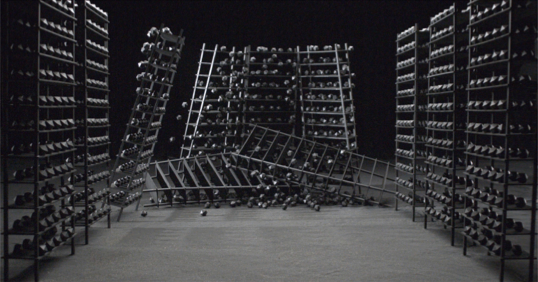