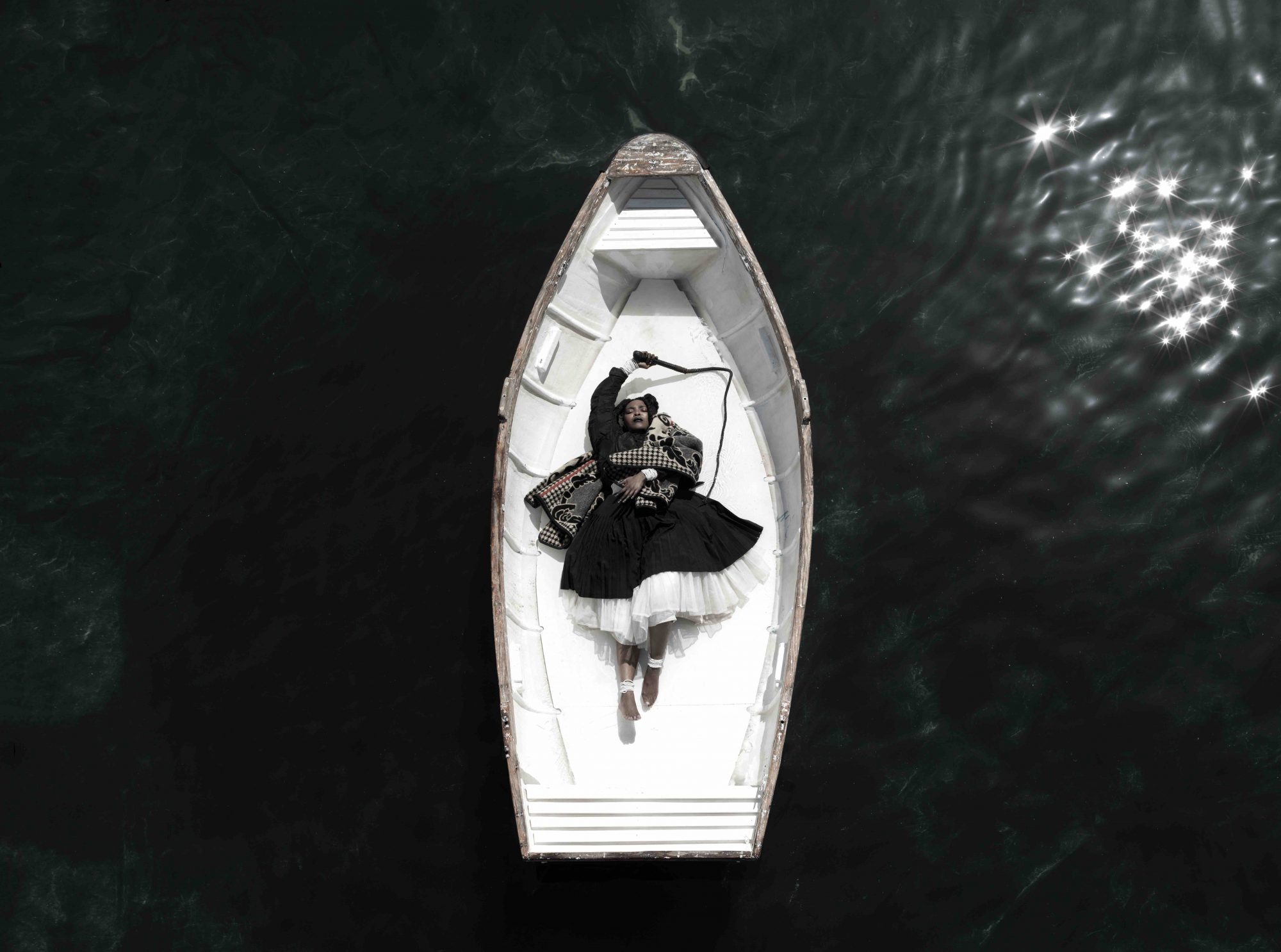 Mohau Modisakeng’s Passage will be shown during the two-day Video Art Fair, LOOP. The work recently premiered during the Venice Biennale 2017. The title Passage, refers to life as a voyage, in the Setswana language the experience of life is referred to as a ‘passage’.  The Setswana word for life, botshelo, means to cross over. As such, all human beings are referred to as bafeti (passengers), a word that highlights the fact that life is fleeting.

The theme of life as a journey is visualised in a three-screen installation, in which we are confronted with a young man and two young women travelling by boat. Filmed from above, the ship forms an oppressive framework in which the figures are captured. While traveling over sea, the boat fills with water and ultimately sinks.

The ebb and flow of water, as both life giving and deadly, symbolises the many who have arrived or departed from South Africa in trade, as cargo or as transient bodies belonging to no particular state. In South Africa, systems of indentured labour and slavery were instituted by the Cape Colony in 1652 to meet the growing demand for labour. Dutch settlers imported people from the Indian subcontinent, Indonesia, Madagascar, East Africa and Angola, putting them to work on plantations and at ports. South Africa became a jostling ground between the Dutch and British, its native people rendered as mere commodities moving through the establishment of an industrialised mining economy, as labourers and as soldiers in the Anglo Boer and world wars.

The three-channel installation forms a triptych on slavery and its effect on contemporary African culture. Born in Soweto, an epicentre of black urbanity and cosmopolitan culture, Mohau Modisakeng explores the influence of South Africa’s violent history that has been ignored in today’s society. Modisakeng focuses on how to understand the cultural, political, and social roles as human beings in post-colonial Africa and in particular post-apartheid South Africa.

Passage is commissioned by the South Africa department of Arts and Culture on the occasion of the 57th Biennale di Venezia and has been described by art critic Alexxa Gotthardt as ‘one of the most powerful installations to address forced migration.’

About the artist Modisakeng (SA, 1986) lives and works between Johannesburg and Cape Town. He completed his undergraduate degree at the Michaelis School of Fine Art, Cape Town in 2009 and worked towards his Masters degree at the same institution. Mohau Modisakeng has been chosen to represent South Africa during the Venice Biennale 2017. His work is included in many public collections such as the Johannesburg Art Gallery, the IZIKO South African National Gallery in Cape Town, and SAATCHI Gallery in London as well as significant private collections such as Zeitz MOCAA. His work has also been exhibited at Dak’Art Biennale (Dakar) in 2012, Focus 11 (Basel) in 2011. In 2011 Modisakeng was awarded the 2011 SASOL New Signatures Award, and in 2016 he won the Standard Bank Young Artists Award.

About the fair Since 2003, LOOP Fair has been the first in its field exclusively dedicated to the discovery, promotion and acquisition of contemporary video art works. LOOP Fair strives to re-examine traditional art fair models and methods of presentation by taking into account both the changing attitudes of viewing and interacting with art, and the particularities of moving image practices. LOOPoffers a unique viewing experience by presenting each film project in a room of a hotel, thus creating a setting that both focuses on the artists’ work and facilitates the particular attention required by this medium. LOOP brings together a strong sense of community between the concomitant fields of contemporary art and cinema, while establishing an occasion to promote and discuss artists’ video and film amidst a specialized audience. 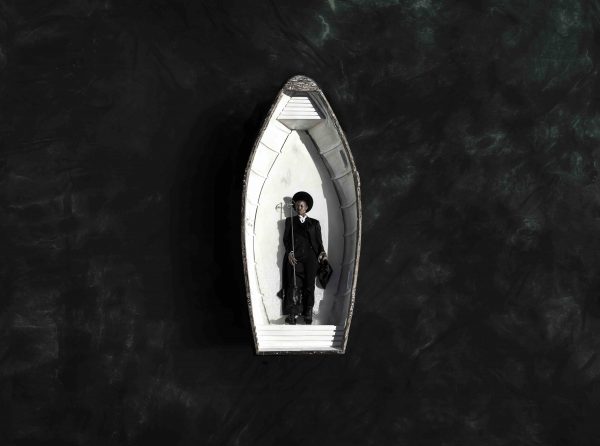 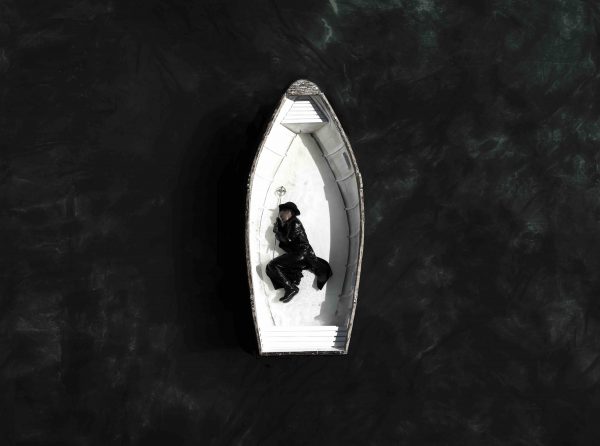 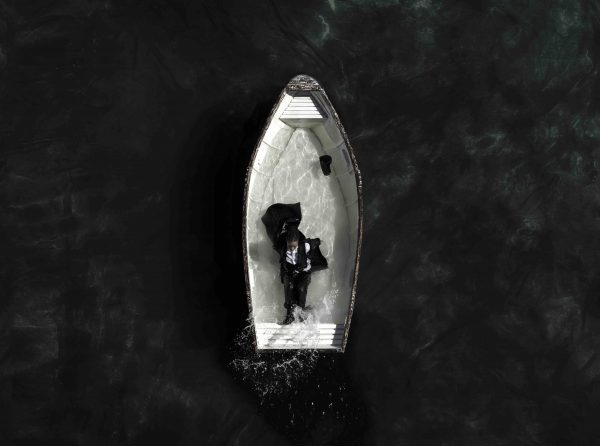 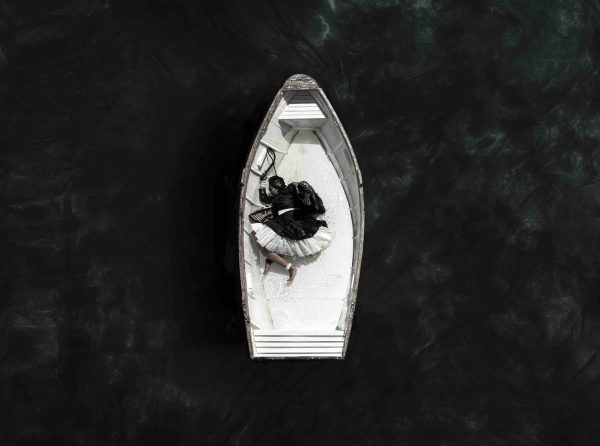 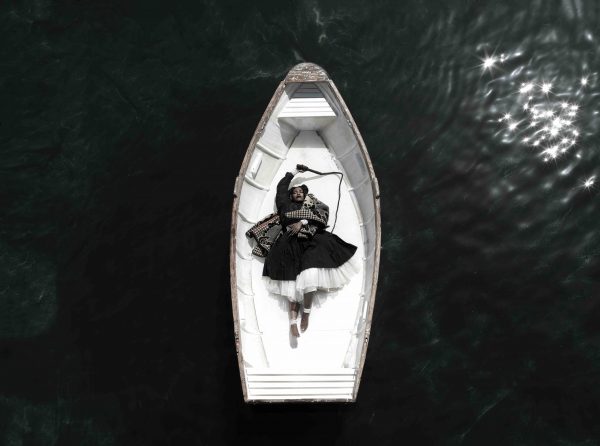 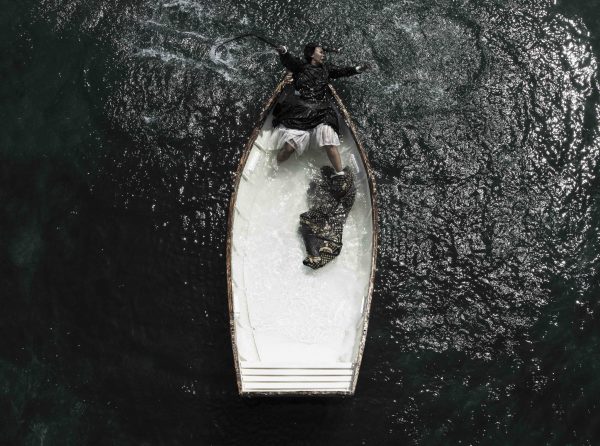 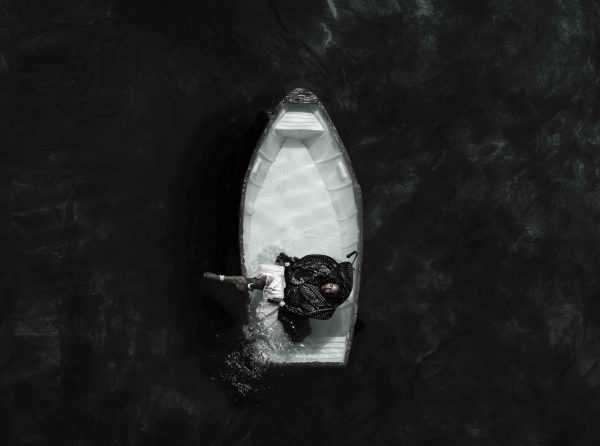 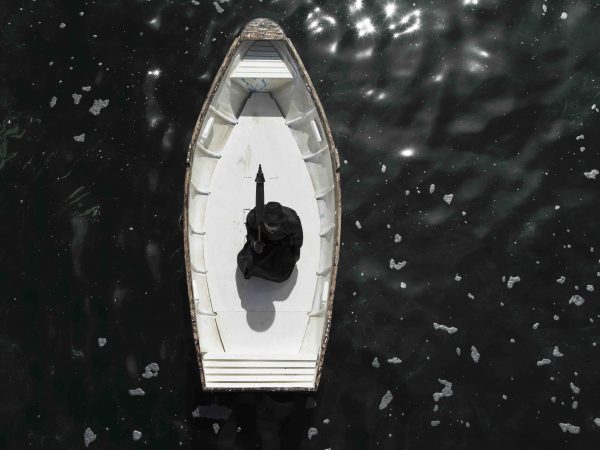 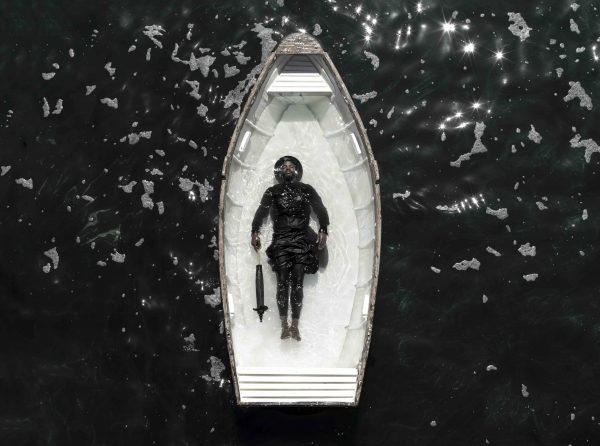 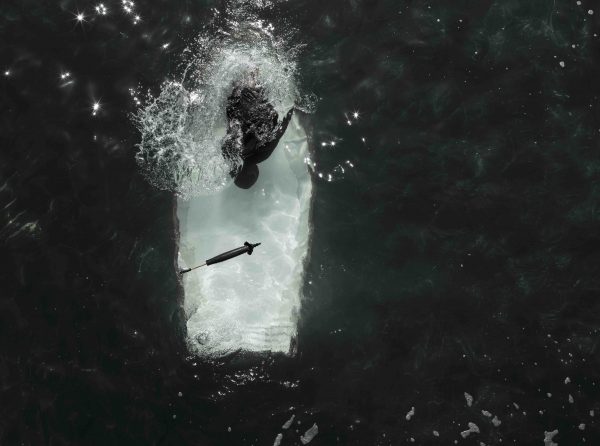 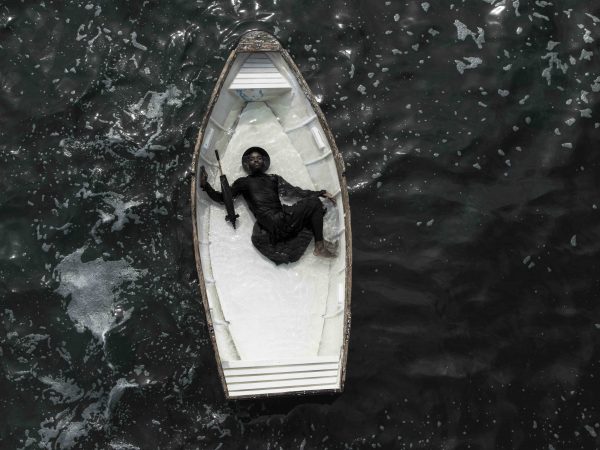