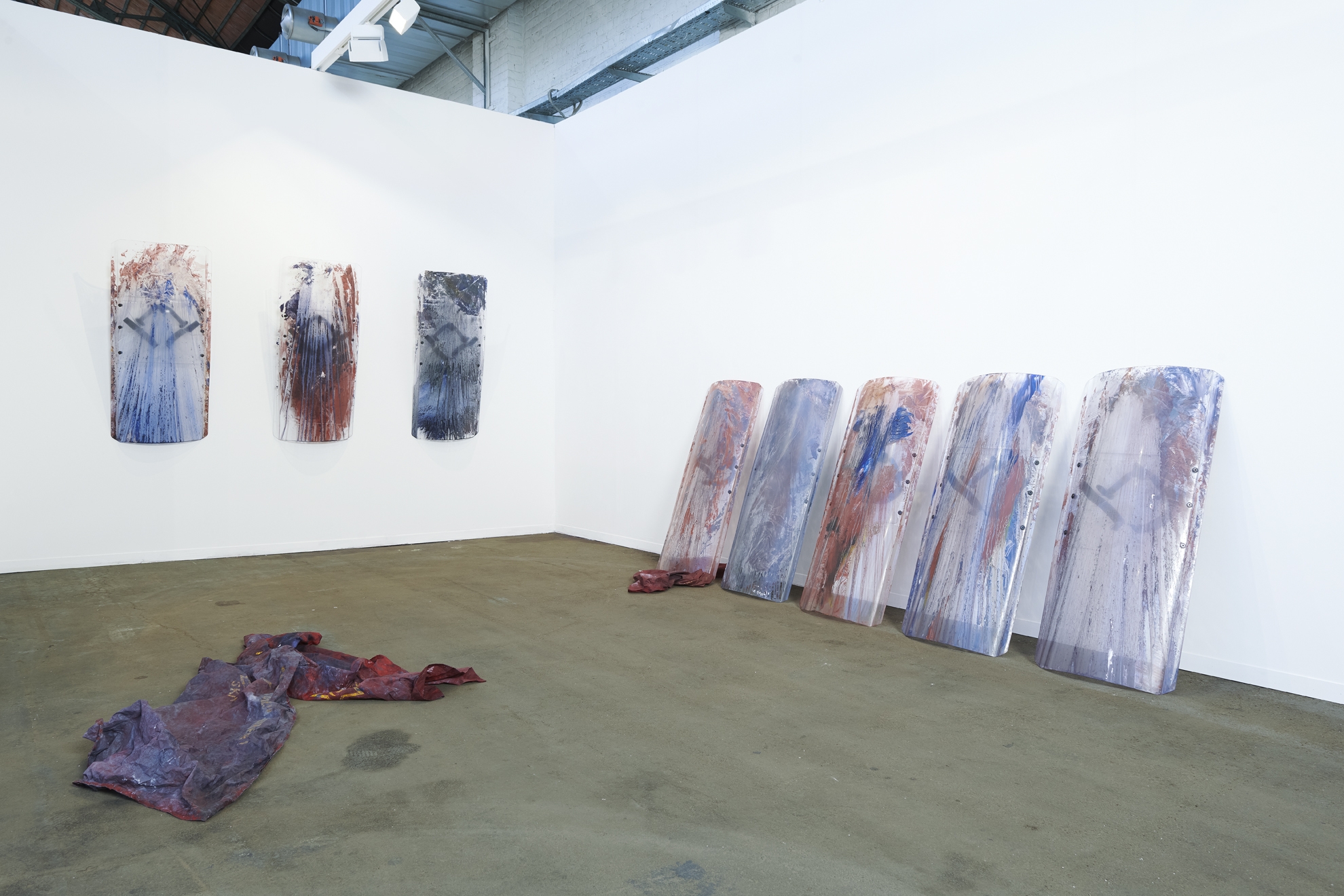 Galerie Ron Mandos proudly presents the solo show COUNTERPICTURING by Ivan Grubanov (SRB, 1976), who represented Serbia at the 56th Venice Biennial. Being born in a country with a turbulent history, Grubanov deals with the past as a cultural and political dimension, which he revisits and relates to current situations. For COUNTERPICTURING the artist created a site-specific installation dealing with the complexity of the body taking control over reality. Relived

Grubanov considers the most intense aspect of a political rupture that it affects and involves human bodies. Protest is the conception of the political body against the repressive and damaging mechanisms of the nation-state. He considers the body both a language and a tool, which, however, has been made passive as a political subject by the technology and police apparatus of the state. According to Ivan Grubanov, the body of the artist is the connection between the desensitized and depoliticized body and the armed, political body.

In COUNTERPICTURING it is not just the picture serving as the medium, it is the bodies of the artist and the spectator mirroring each other through the surface, thereby sharing stance and movement. For Grubanov, a counter-picture carries the complexity of performative, emotional and ideological ideas, and aims to visualise the political relationships imperceptible beforehand.

“The ferment of the revolution is tasted and the breaching of history is manifest when you see your own image reflected on the weapons of the system pointed at you. This is where the image of reality formatted by the state and the public is broken and another variable is inserted. This reflection is the appearance of a novel image showing the true desires in the social sphere. The event of being born in history and taking control over reality through direct political action is re-lived by inciting and transferring this power to the painting. Painting is my agora where I preach for change, painting is the militarized police force in whose armour I see and recognise myself as political being.” -Ivan Grubanov

Ivan Grubanov received his education at the Belgrade Academy of Fine Arts, followed by programs and residencies at the Rijksakademie van beeldende kunsten (Amsterdam), Delfina Foundation (London), Casa de Velazquez (Madrid) and the Université Catholique de Louvain. Recent solo shows include the National Museum of Contemporary Art (Athens), Laboratorio 987 at MUSAC (León) and the Gallery of the Belgrade Cultural Centre. Recent group exhibitions include the Museum of Contemporary Art (Krakow), Witte de With (Rotterdam) and the 10th Istanbul Biennial. 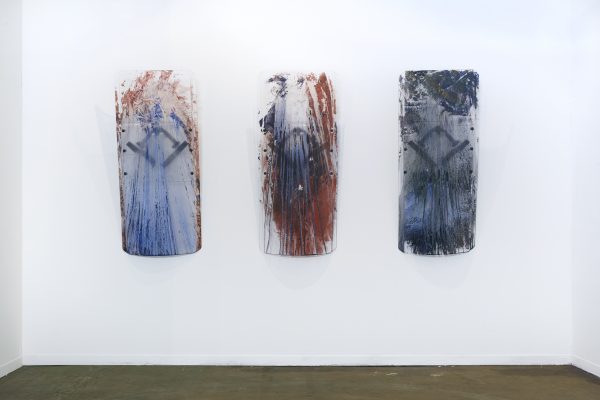 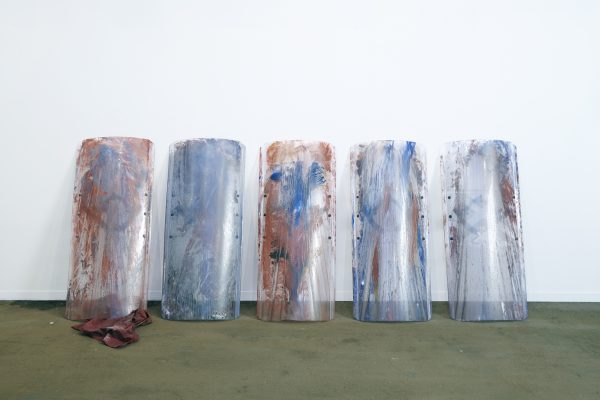 Ivan Grubanov (SRB, 1976) has enjoyed an intense training as an artist, starting out at the Belgrade Academy of Fine Arts, followed by training programs and residencies at the Rijksakademie van beeldende kunsten in Amsterdam, the Delfina Studios in London, Casa de Velazquez in Madrid and the Katholieke Universiteit Leuven. In 2015, he represented Serbia at the 56th Venice Biennale with his project United Dead Nations.

Ivan Grubanov has established his international career through numerous solo, group, and biennial exhibitions worldwide, as well as many artistic and scholarly awards. Solo shows include Laboratorio 987 at MUSAC in Leon, Le Grand Cafe Centre d’Art Contemporain in St Nazaire, Gallery of the Belgrade Cultural Center and Salon of the Museum of Contemporary Art in Belgrade, Stroom Center for Contemporary Art in Den Haag, Nogueras Blanchard in Barcelona.