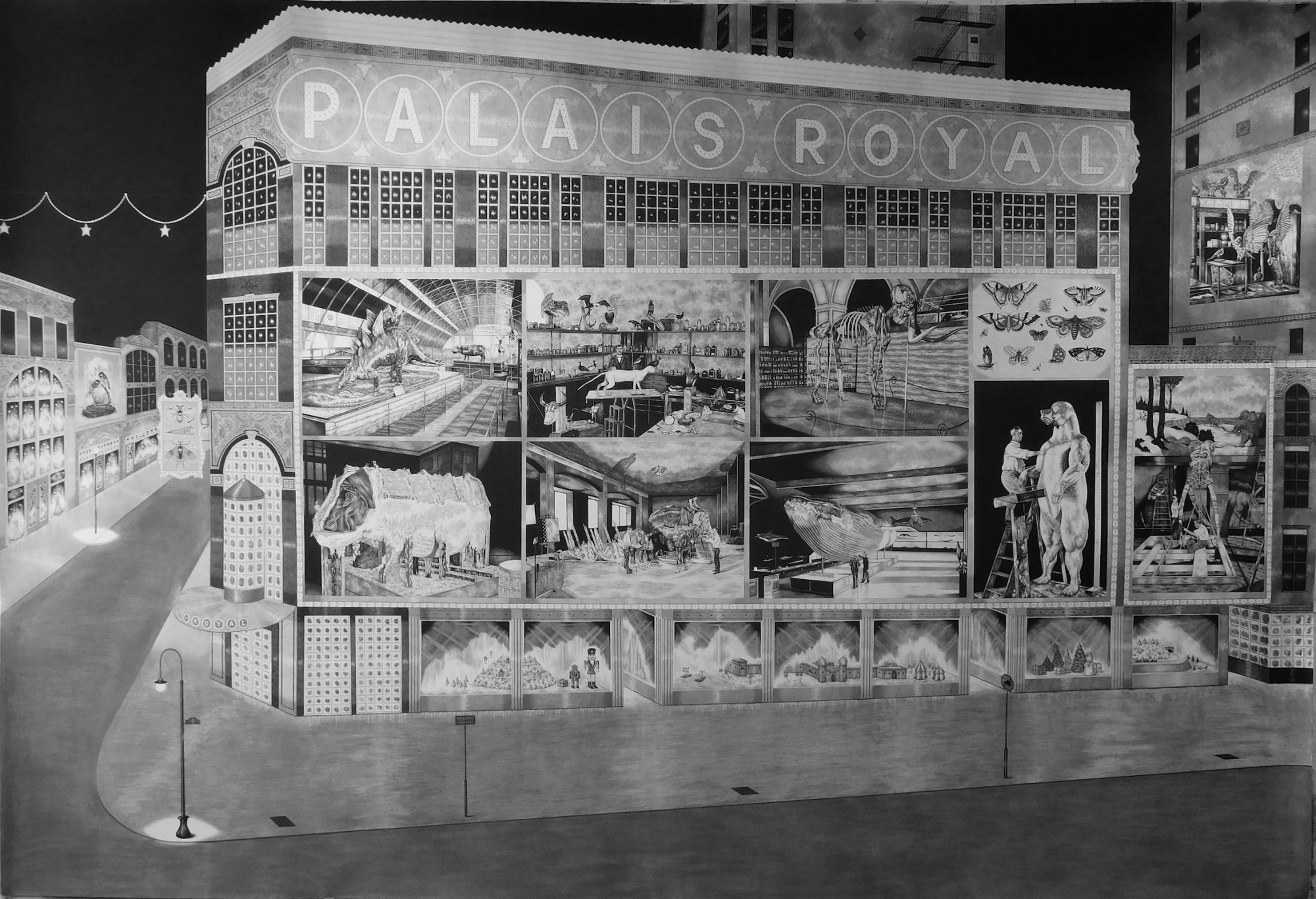 Palais Royal is Rik Smits’ most recent large-scale drawing, and is part of his ongoing series of imaginary cityscapes that derive from a fictional universe, brought to life by nothing more than pencil on paper. A labour-intensive process that is solely executed by the artist himself.
The scenery of this gigantic drawing depicts a street by night, completely abandoned by any sign of human life. There are however, lights burning and the pavement and windows are noticeably clean. The city itself has not yet been conquered by the force of nature but gives the impression that it has been left behind just a moment ago. In the centre of the drawing proudly stands an enormous department store on which graceful neon lights spell out the words ‘Palais Royal’.
The display windows of the shop front seem inviting but no human eyes are gazing at them. The store’s facade is covered with posters of peculiar animals and insects that have entered the realm of death and are now being preserved in their physical appearance to act as a showpiece for the crowd to marvel at. The temporality of beauty and strength in its prime which owes its universal attraction partly to the fragility of its short lifespan is being altered by human hands to be forever lasting. Palais Royal serves as a monument for the beauty of life and mankind’s desire to continually manipulate it in order to try and control its own fate. 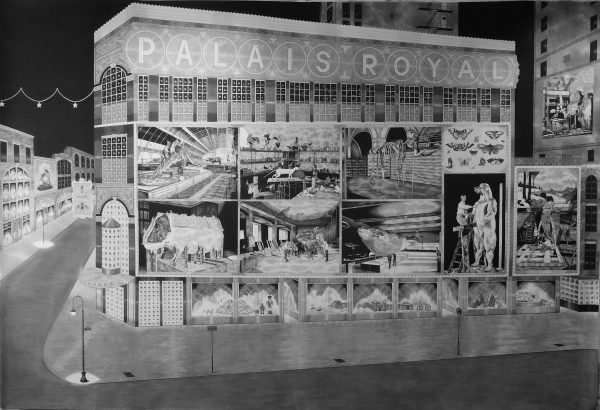 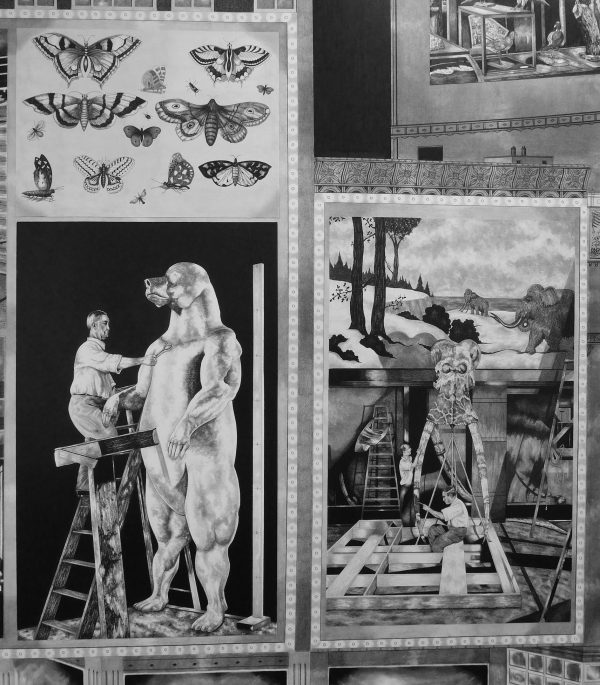 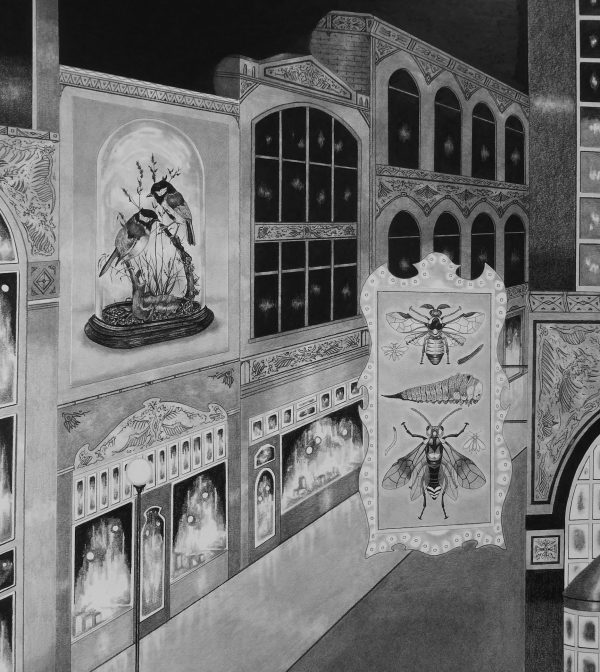 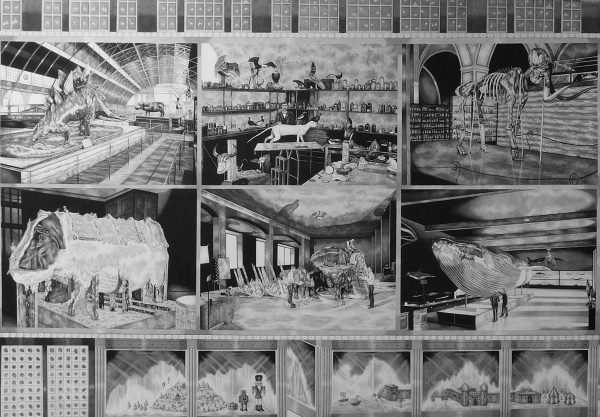 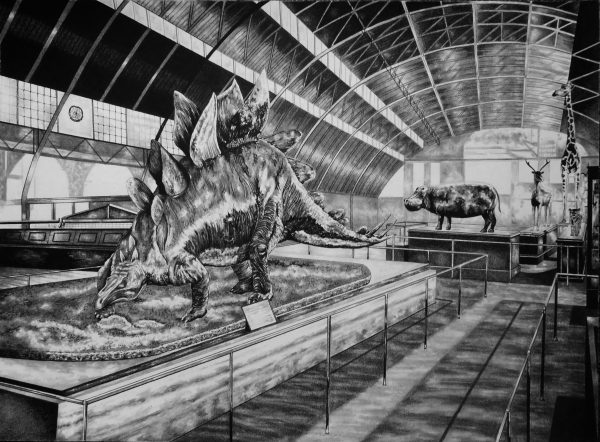 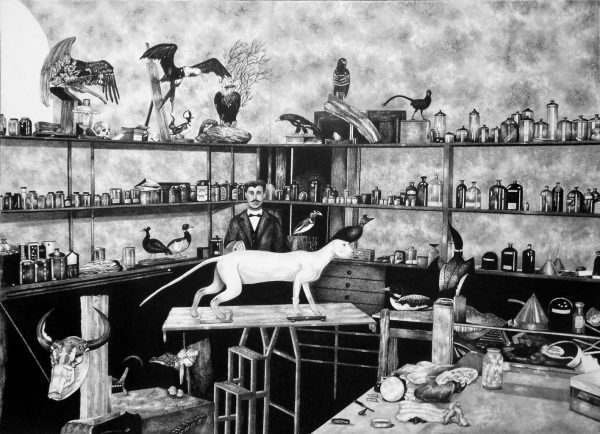 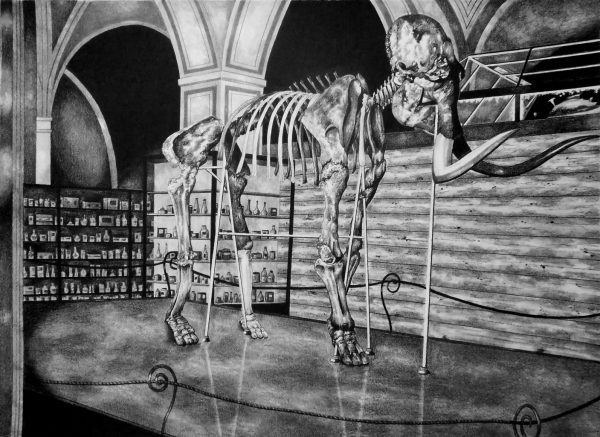 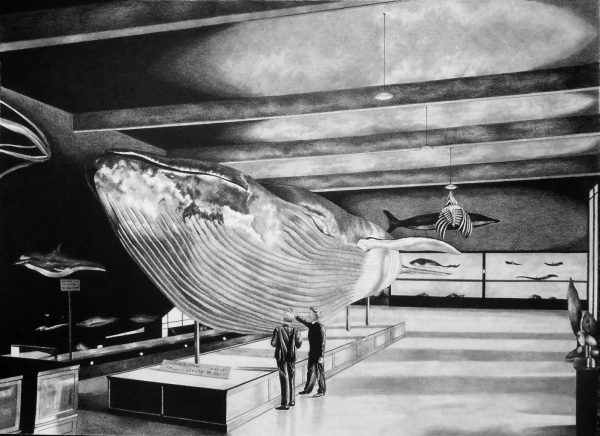 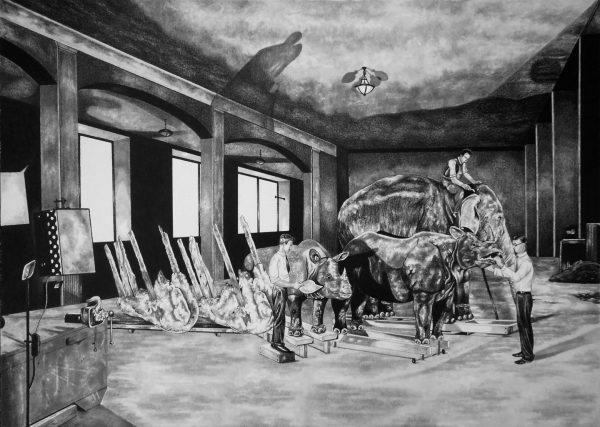 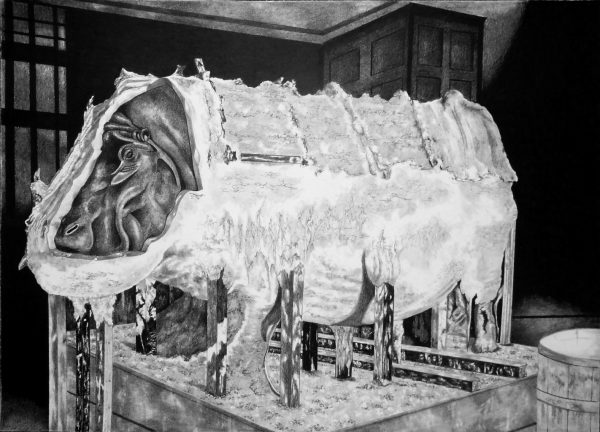