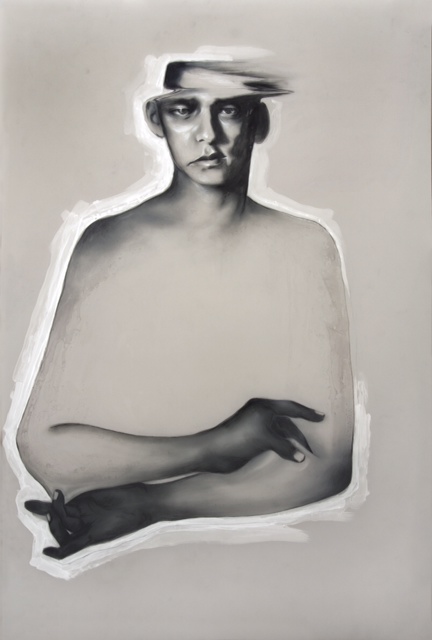 From Thursday 18 until and including Sunday 21 September, the third edition of the yearly art fair for gouaches, aquarelles, charcoal, pen and ink on paper will take place in Amsterdam. Amsterdam Drawing is the place for young talents and for (inter)national established artists to meet and expose. Fifty national and international galleries from eight different countries will participate in Amsterdam Drawing 2014. The location is the same as last year: a temporary pavilion on the NDSM-werf in Amsterdam-Noord.

From the beginning Amsterdam Drawing has been a great success. Visitors are especially charmed and pleased by the dynamic and specific character of the art fair. National and international Press praise the consistent high quality and versatility of the artworks as well as the intimate atmosphere. A very well-known art connoisseur even described the previous editions as ‘a concert for chamber music’. Last year about 5.000 people visited the fair. The defined area of works on paper has a dedicated group of followers around the world. To many artists, paper is a favourite carrier and to a smaller group it is the only carrier. The fact that a drawing, collage, water colour or painting on paper necessarily brings the artist physically closer to the material he or she uses results in an intimate experience for the viewer.

Amsterdam Drawing is not only intended for collectors who are interested in works on paper by young and established artists, it also wants to bring contemporary art on paper to the attention of a wider audience. Works on paper are often less expensive than sculptures, photographs or paintings on canvas, and are mostly smaller in size. As such they are accessible to art buyers who have just started out or who have small homes.

New this year…
My First Drawing, an initiative to help starting (young) collectors. Each participating gallery has been asked to bring an artwork that will cost up to a maximum of € 500.-,. These works will be presented on a large 20 meter long wall directly by the entrance of the art fair.

AD2014 XL organized and housed by Nieuw Dakota, also situated on the NDSM-werf next to VOUS ETES ICI. In this exhibition, 15 galleries of Amsterdam Drawing will present large format works of one of their artists. De ‘smallest’ work of 154 x 156 cm – is by Carel Visser from Rentro Bratting | galerie; de largest work  of 300 x 460 cm – is by Peter Feiler from Galerie Ron Mandos. 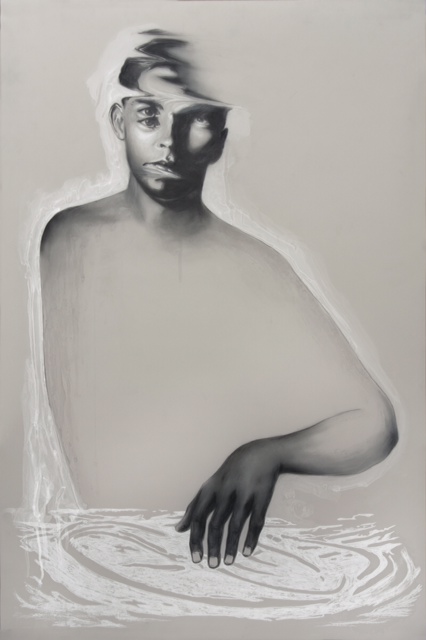 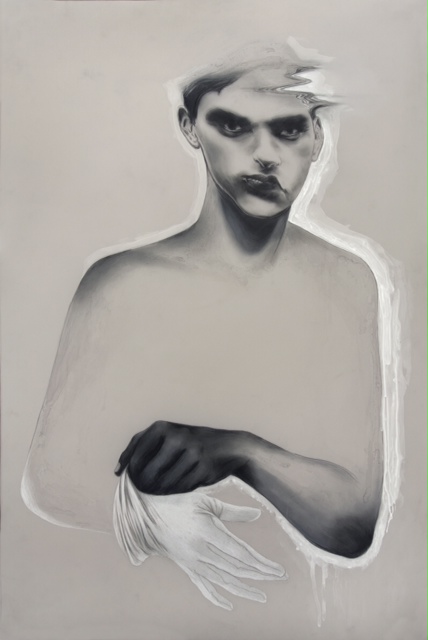 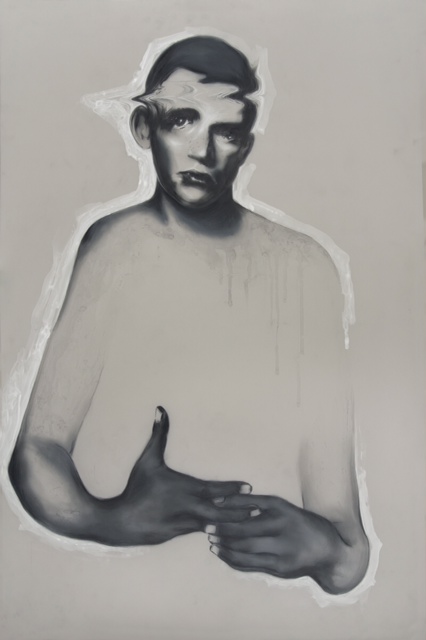 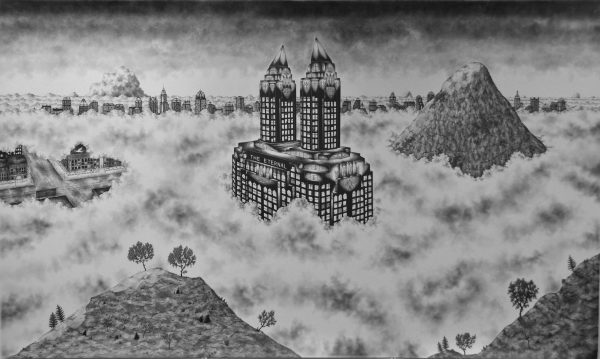 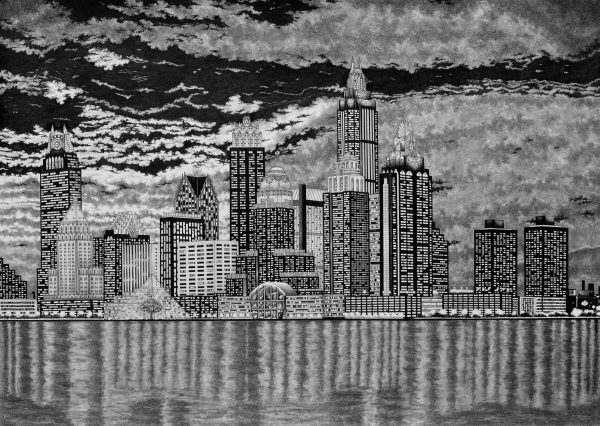 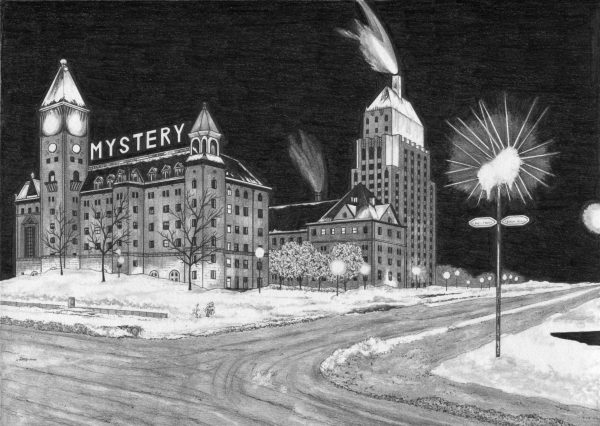 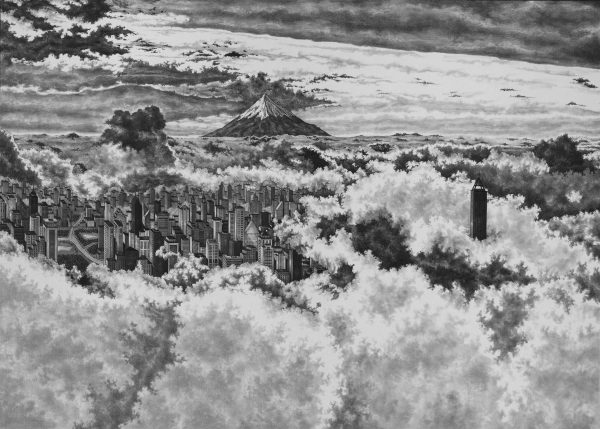 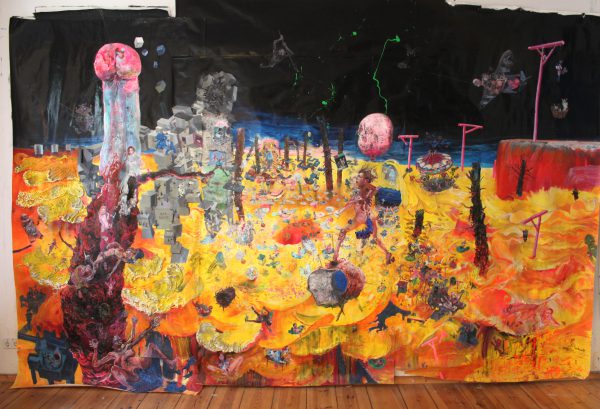 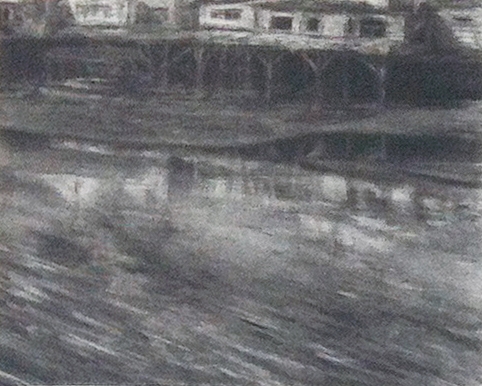 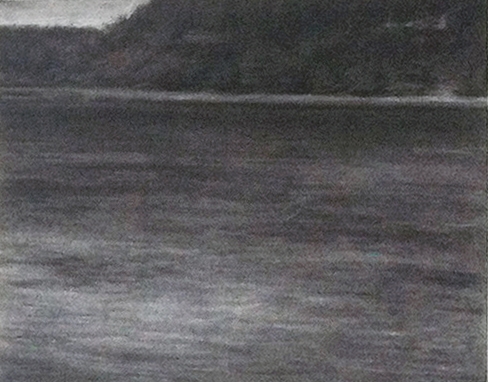 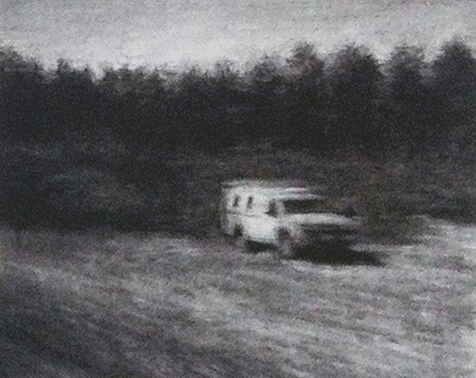 Renie Spoelstra uses film footage as a starting point for her charcoal drawings. The suede like and velvety texture is achieved by the many layers of charcoal, which are skilfully positioned on top of each other to re-create an almost cinematographic scene. The balance between darkness and soft beams of light is rendered through the many shades of black and grey, creating a notion that something may be lurking below the surface. Spoelstra’s deft, artistic sensitivity has created moods through landscape throughout her career.

The arduous process begins with a journey. For close to a decade, Spoelstra has travelled to coasts, lakes and beaches throughout the United States of America, looking for landscapes that speak to her. Once she has found these locations, she films the scenes, and using the stills from the footage she is able to move on to the next phase of conveying this personal representation of a geographic location.

Renie Spoelstra (1974) has studied at MFA Post-St. Joost, Breda and at the Academie Minerva in Groningen. She has exhibited in the Netherlands and abroad. Highlights are presentations at Stedelijk Museum Schiedam, Museum Boijmans van Beuningen in Rotterdam and Rijksmuseum Twenthe. Her work has been included in renowned collections such as MACBA Barcelona, Stedelijk Museum Schiedam, Centraal Museum Utrecht, Cobra Museum, Teylers Museum, Museum Voorlinden, Bouwfonds Kunstcollectie, Guerlain Fondation, and many other (private) collections.