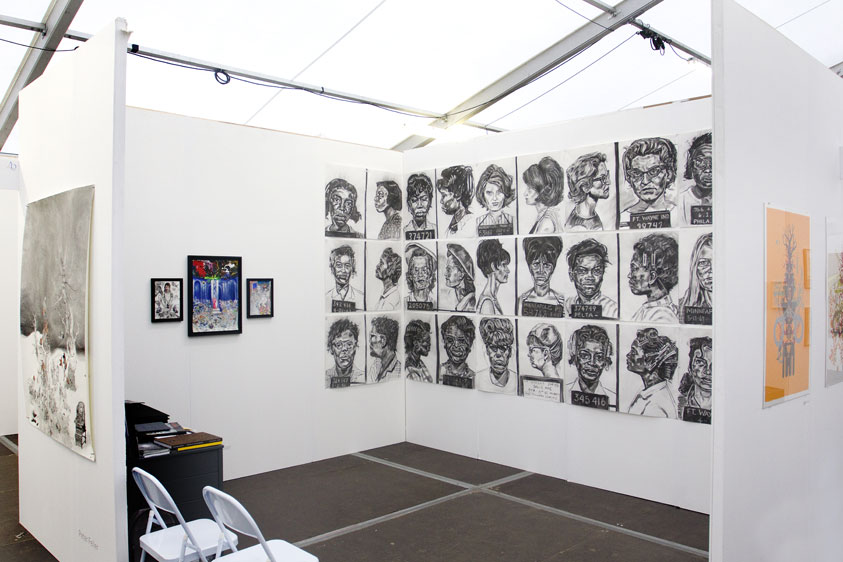 ESIRI ERHERIENE-ESSI new series ‘Violent Femmes’
"A huge part of my practice entails collecting and creating an archive of material, which could potentially become incorporated into my work. I am interested a great deal by history – in particularly images, objects, and documents which we can return to, in order to examine both individual and shared memories and histories.

‘Violent Femmes’ is a series of charcoal drawings based on official police mug shots of women in America during the period of 1870-1970. Sourced from the book ‘Least Wanted: A Century of American Mugshots’ by Mark Michaelson (2006), which has over 300 pages worth of mug shots of a variety of people collected together. I have always been fascinated in the process of mug shots considering it was one of the earliest forms of photography, as well as the function it carried – to provide law enforcements a visual record of the arrested individual that in turn could be used for identification by victims and investigators alike. The book contains mug shots of both men and women although I was drawn to the women specifically for this series. At first it had to do mainly with aesthetics – the expressions on their faces, the hairstyles, the clothes, the eyewear and so forth. Then, the longer I spent looking at them I became more interested in their individual background - the crime or misdemeanour that was committed, whether or not they were guilty or innocent, as well any other personal information which (in some cases) were not provided." Esiri Erheriene-Essi will have a solo exhibition at Museum voor Moderne Kunst Arnhem April 2014.

PETER FEILER new works
The drawings of Peter Feiler are known for their controversial subject matter. He presents dark scenes that incorporate simple narrative elements. These scenes explore the border between the visual world and fantasy. The notable aggression and perversion exhibited by the figures in his drawings is balanced by his use of soft colouring and fragile lines. In wishing to explore the intricacies of his hand, the viewer is sucked into the drawing upon which the macabre aspect of the work comes to the fore. Peter Feiler’s work is included in esteemed collections such as that of Museum Boijmans van Beuningen in Rotterdam.

Together, with VOUS ETES ICI, we will showcase works by
RYAN MCGINNESS
“I’m trying to communicate complex and poetic concepts with a cold, graphic, and authoritative visual vocabulary. I concentrate on shape, line, color, and composition to communicate within simplified picture planes. As such, the work resides somewhere between abstraction and representation.At the essence of our being is the need to know and the need to understand. I am interested in our need to read into and interpret—to make sense of chaos and give meaning to seemingly abstract forms. This interpretation involves an egocentric faith in the fact that there must be a meaning for us to understand. We surrender our logic to the belief that answers do indeed exist, and so, by default, we invent them. With my work, interpretations are not absolute, but guided, to allow for multiple reads. This allows the viewer to bring to the work his own history, memories, and knowledge to find a personalized meaning.” — Ryan McGinness, 2005

Amsterdam Drawing
NDSM-werf, Amsterdam-Noord
There is free parking space in the NDSM area.
Every 30 minutes a ferry (free of charge) leaves at the backside of Amsterdam Central Station: direction NDSM-werf.
It's a one minute walk from ferry to fair. 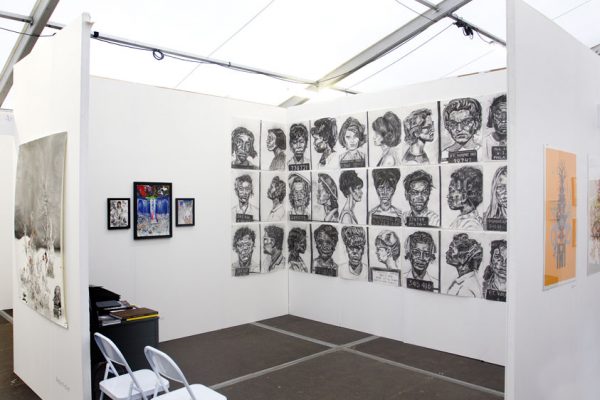 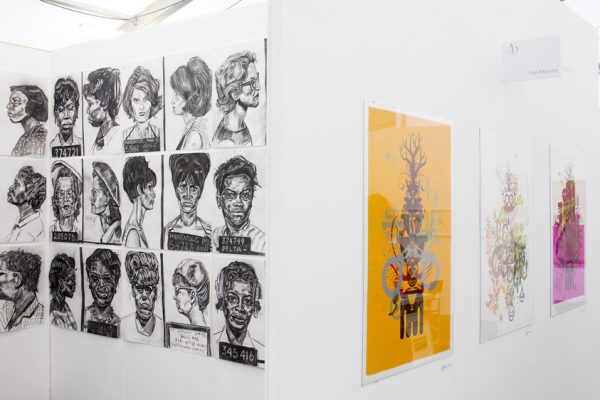 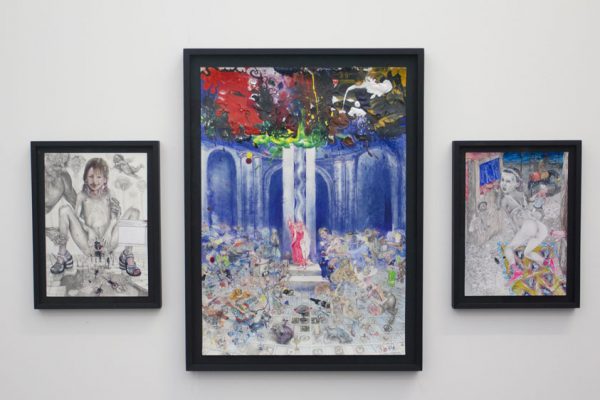 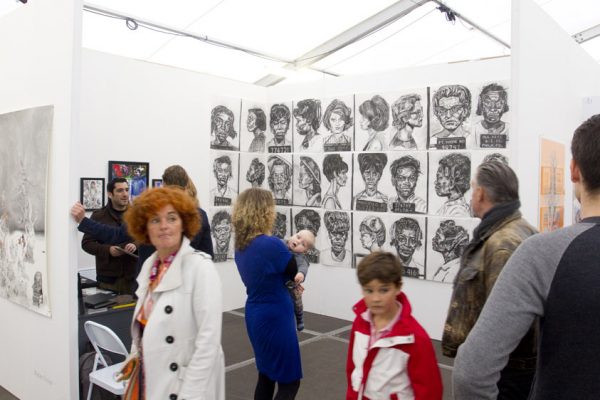 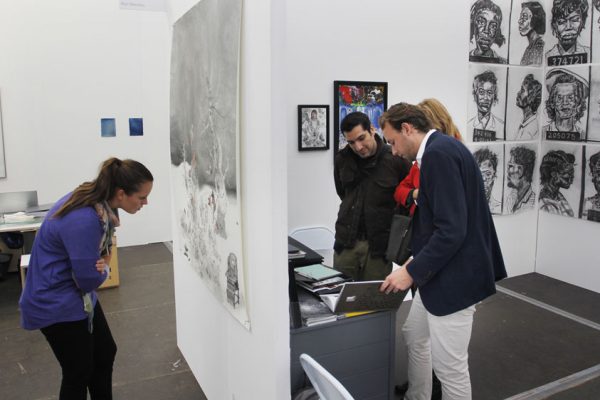 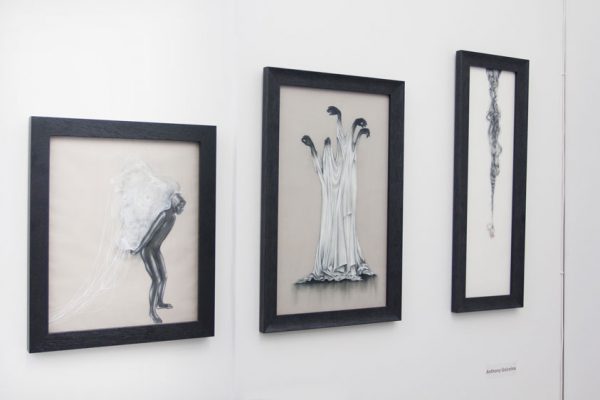 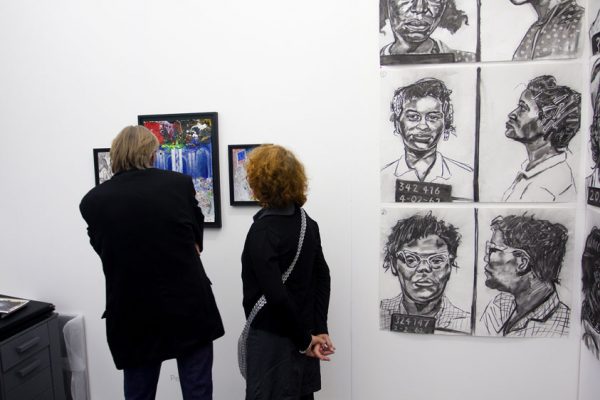 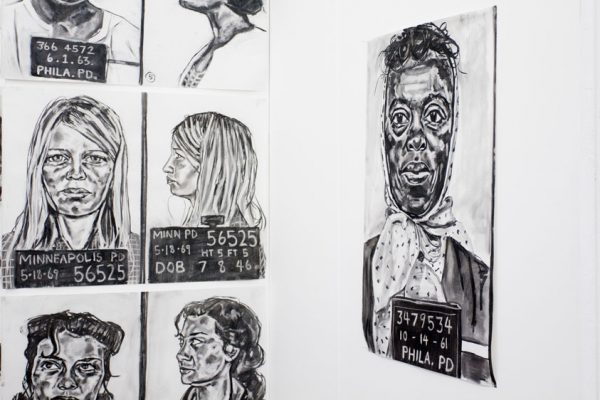 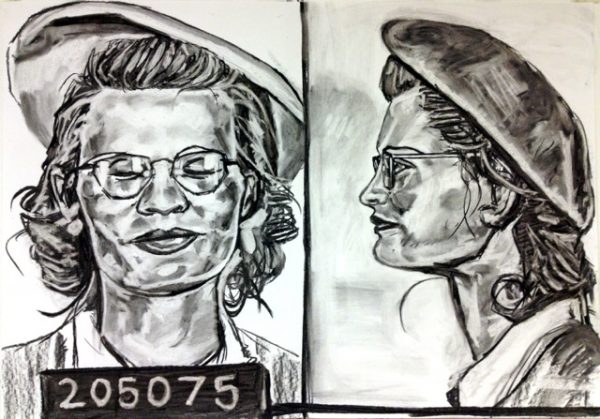 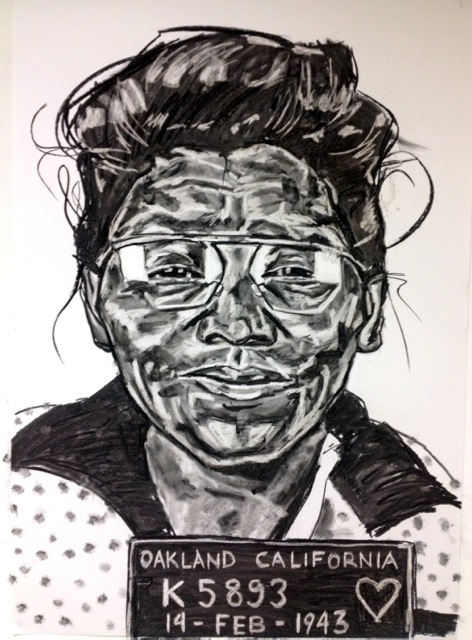 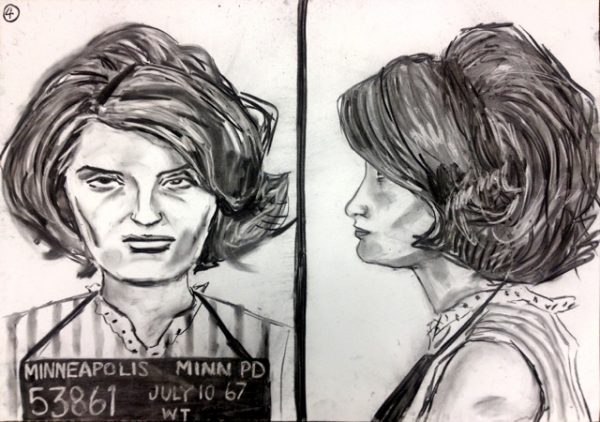 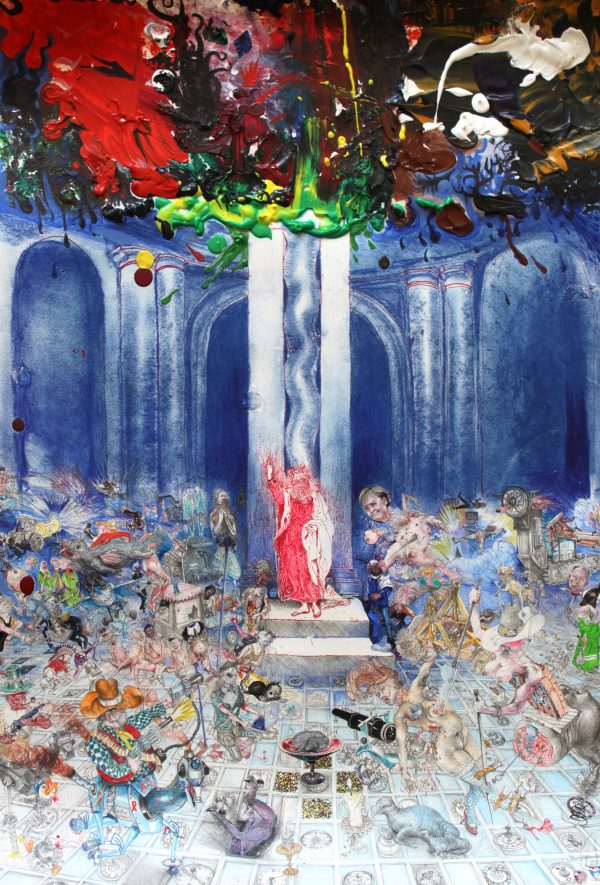 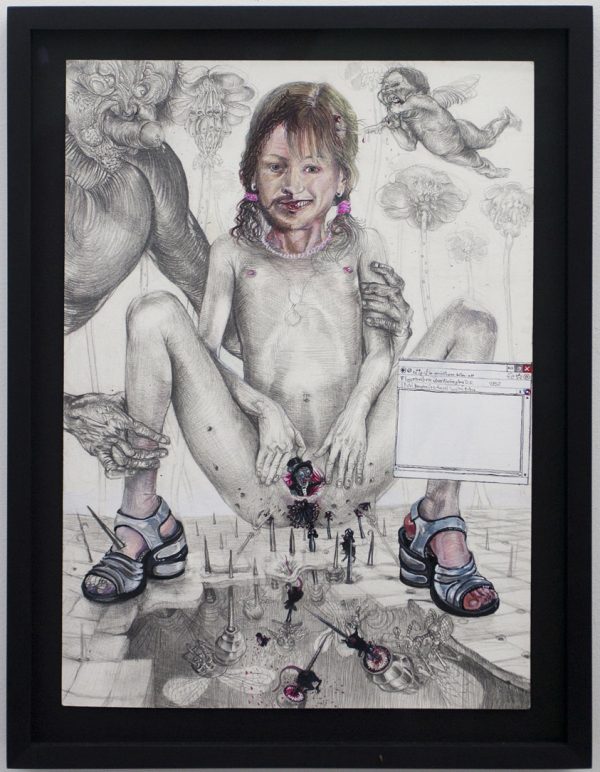 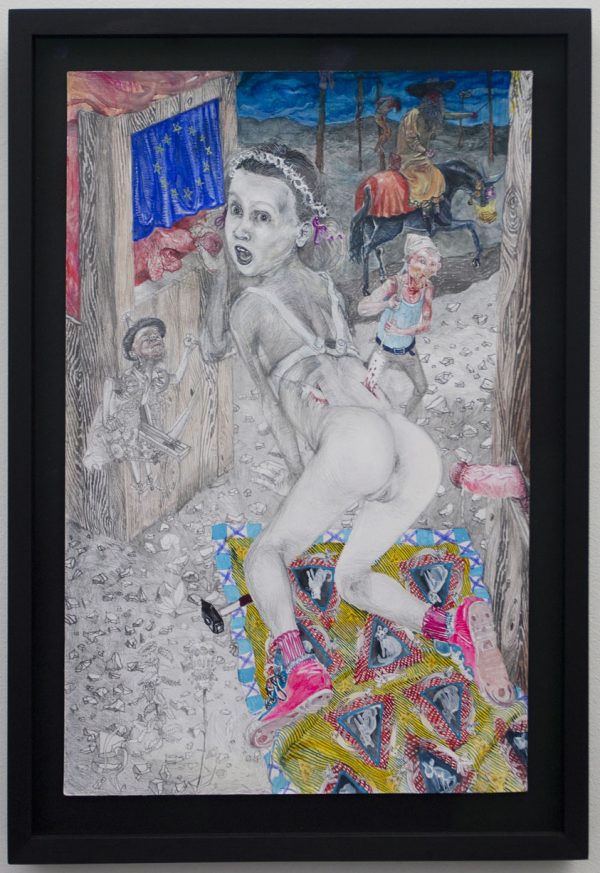 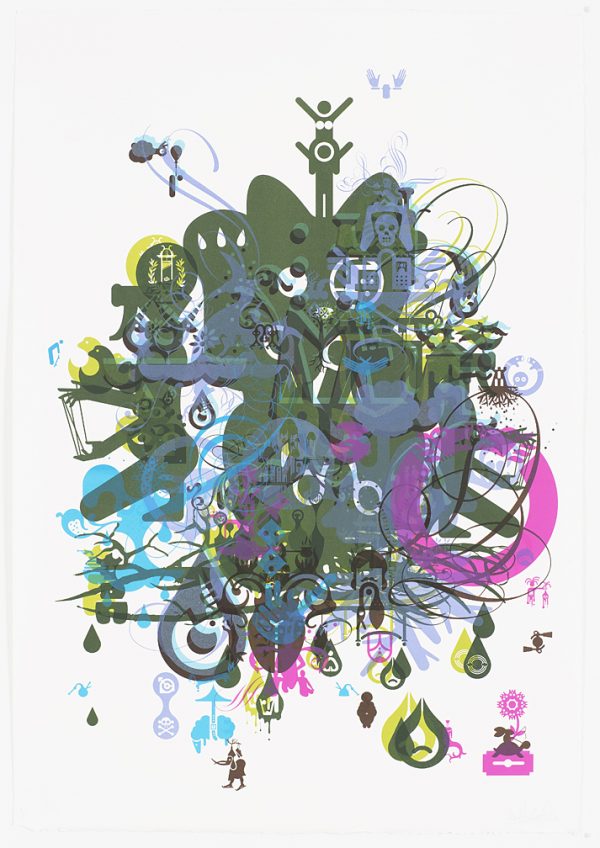