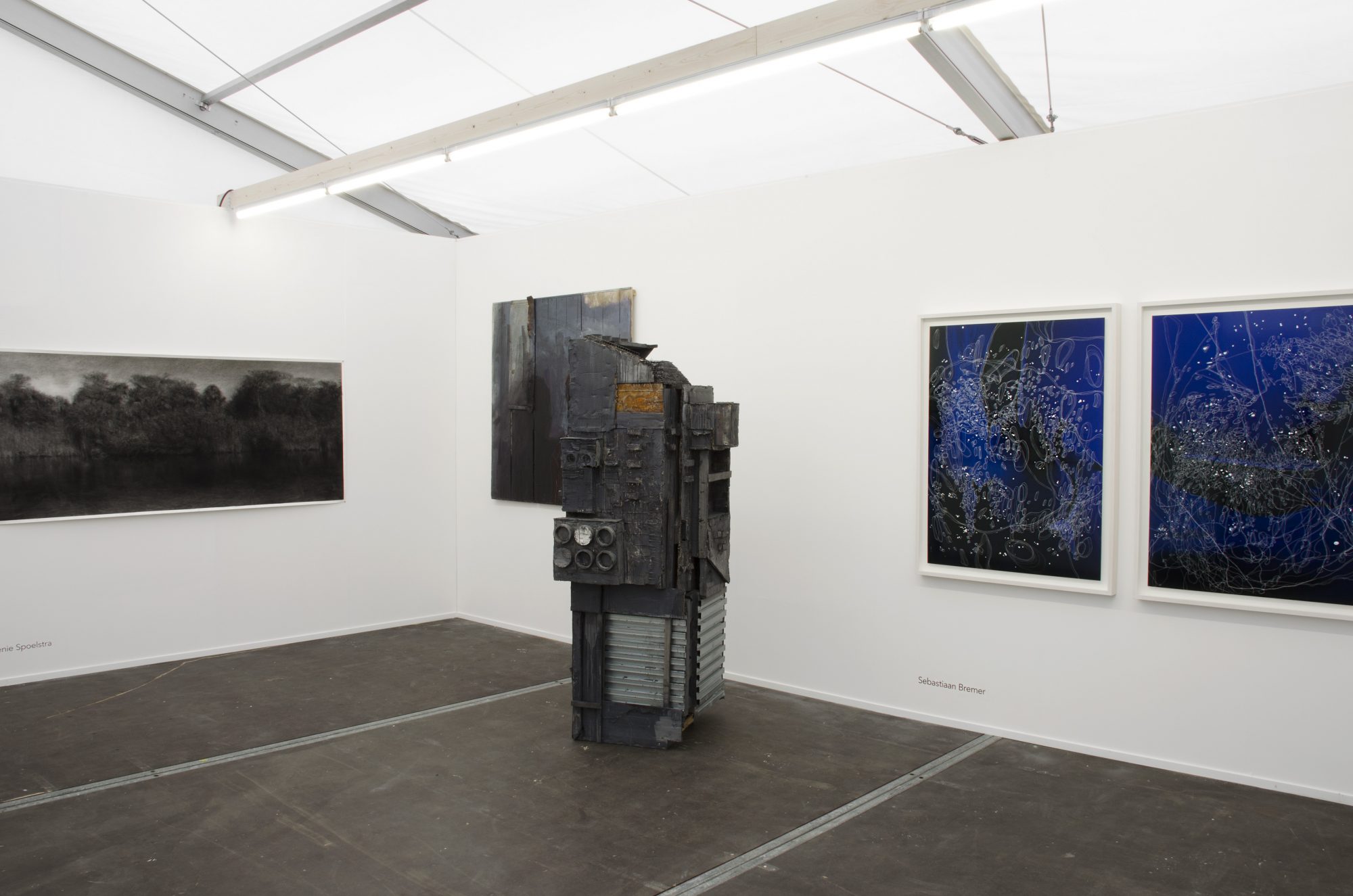 ALDO VAN DEN BROEK (NL, 1985). A combination of the themes in which Aldo van den Broek worked in for the past years are history, underground, punk and romanticism. Architecture and people meet in his works. He is fascinated by the urge of people to strive for safety and freedom simultaneously and the deconstruction that usually follows. Therefore Aldo travelled to the suburbs of the post-communistic Belgrade and Tbilisi. In 2015 He got invited to the artist in residence ‘Beautiful Distress’ to stay for four months at the psychiatric department of ‘Kings County Hospital', the only mental institution in New York with a government-sponsored health insurance. By living so intensively between mostly poor and mentally ill people Aldo was confronted with his own way of living, working and surviving. His work tells the story about his interpretation of the pureness and beauty in the ugliness. Therefore Aldo choses to work with wasted materials without any value, used and re-used by himself, or found on the streets and abandoned places. By literally using his own past failures as a beginning for his new works, these different themes are constantly transforming and melting together.

RENIE SPOELSTRA (NL, 1974), strives for intentional apathy with her grand charcoal drawings; hours and days pass in a flash, every moment frozen in time and every moment the same. The last six months Spoelstra has worked on her new series Stretching Universe, part…, for which she connects cinematic characteristics with “authentic” landscapes of breathtaking nature. Stretching Universe refers to the scientific fact that our universe is expanding, while at the same time people on earth have become less tolerant towards each other and in this respect the world thus seems to be shrinking due to narrow-mindedness. Spoelstra’s work was a.o. shown at Boijmans van Beuningen in Rotterdam,Centre Pompidou in Paris, ARCO in Madrid, Louis Dreyfus Family Collection,Witte de With in Rotterdam and the Teylers Museum in Haarlem.

SEBASTIAAN BREMER (NL, 1970) was born in Amsterdam but works and lives in New York since 1992. He always works with photography but developed an unusual style in which he uses different techniques to add an extra layer on the image. By doing so he continuously stretches the limits of photography and explores its endless possibilities. Painting, drawing, carving, always used in combination with photography, which he randomly finds, knowingly selects or happens to own. In the current digital times, where everyone seems to be a professional photographer, Bremer brings back the artistic signature in photography by manually adjusting the image with paint, pen and encryptions. Bremer’s work is part of several collections, including the Victoria & Albert Museum, Museum of Modern Art in New York, Los Angeles County Museum of Art, AKZO Nobel collection and the Burger Collection. His artworks have been exhibited a.o. at the Tate Modern, London, the Brooklyn Museum of Art, MoMA PS1 in New York and at Het Gemeentemuseum in The Hague.

COEN VUNDERINK (NL, 1979) His paintings and sculptures are closely connected within his studio practice. His sculptural works function as a motif in his paintings, while he also takes on a painterly approach towards many of his sculptures. The impetus for this cross-pollination is Vunderink’s interest in the genesis, the creation of the work of art, and the interplay of forces that come into effect in order to enable this process. His most recent paintings which will be presented at Amsterdam Art Fair, are variations on the ‘painting as a window’ theme. While using different ways of applying paint - airbrush, casting, scraping, splashing and using expressive brushstrokes- the artist aims to suggest space. Some paintings seem to give a view of what could be a landscape. However, most paintings have closed the curtains. The blinds will be the subject. Patterns, color, folding of the fabric and the sharp lines of Luxaflex create abstract worlds of light, color and suspense. Vunderink straddles the line between material and image, figuration and abstraction, tradition and modernity. His work was shown  a.o. at the Kunstverein Mischpoke e.V. in Mönchengladbach, Germany, the W139 in Amsterdam, Paradise Row Gallery in London and at De Ateliers in Amsterdam. Vunderink participated in The Royal Prize for Painting exhibition in 2007 at The Gemeentemuseum Den Haag and in 2012 and 2013 in the Royal Palace Amsterdam. Vunderink lives and works in Groningen, Netherlands

BOOTH 8: winners of the Ron Mandos Young Blood Award 2015 Juan de Porras-Isla & Wouter Paijmans At the Double Booth of Amsterdam Art Fair, Galerie Ron Mandos presents Curtains and Calls with wotks by the winners of the Ron Mandos Young Blood Award 2015. Juan de Porras-Isla (ES, 1991) and Wouter Paijmans (NL, 1991) deal with various contradictions within their work; it’s both flat as three-dimensional, sculptural as well as digital. At Amsterdam Art Fair, the duo will present a diverse set of latest pieces, in which they explore the pictorial-historical tradition, and the intersection of industrial production, content economy and the dislocated materiality of our current times. An important departure for their works can be found in a conversation about the publication: Mind Over Machine, written in 1986 by the American philosopher Hubert Dreyfus. The publication discusses how intuition and perception will never be replicated by computers, as they’re processes that only belong in the human psyche. The result is a material investigation that brings together handcrafted and computer processes in a large scale installation.

BEELD 2
CHRISTIAAN ZWANIKKEN (NL 1967) Besides our participation at the main Amsterdam Art Fair, Galerie Ron Mandos also joins the exhibition BEELD 2, about contemporary sculpture in its various forms of expression. At Beeld 2 we present Dutch artist Christiaan Zwanniken’s latest project Nose Patrol (2015). Zwanniken has received international recognition through his kinetic and mechanical sculptures, sound works, performative and responsive installations. Using a variety of sculptural media, robotics, biology, micro-controllers, and sound— his work is both an artistic and technological experiment in which innovation and invention plays an important role. Nose Patrol is an interactive kinetic sculpture, which diffuses a certain scent. Zwanniken’s ‘scent canon’ transcends the boundaries of a traditional sculpture and shows us an exhilarating contemporary alternative. His work has been presented a.o. in solo and group exhibitions at the Museum of Natural History (NYC), Exit 2011 (Paris), ISEA2012 (Albuquerque), Kinetica Museum (London), Museum Tingeuly (Basel), Kunsthaus Graz (Austria), ICC Centre (Tokyo), National Galerie (Prague), Taipei Fine Arts Museum (Taiwan), Museu del Chopo (Mexico-City), and Stedelijk Museum Amsterdam (Netherlands). His work can be found in numerous public and private collections and in 2014 he had a major retrospective show at Museum Het Valkhof (Netherlands).

Beeld 2 can be visited at the Johannes Vermeerstraat, the former Joop van den Ende building, which is now beautifully restored by the recent owner. The exhibition is only 100 m. away from the fair and your entrance ticket will give you free entrance to the show.

AMSTERDAM ART FAIR 2016 After the unexpected success of the Amsterdam Art Fair 2015 in the former Citroën garage in Amsterdam, the second edition will take place at the Amsterdam Museumplein - the very heart of Dutch culture – from 25 till 29 of May. For this edition the selection of 45 leading Dutch Galleries will be extended with 15 foreign galleries and will take place in a temporarily pavilion surrounded by the Rijksmuseum, the Van Gogh Museum and the Stedelijk Museum Amsterdam. Amsterdam Art Fair focuses at private collectors and art lovers. Especially for this occasion several galleries will make a solo presentation and take the opportunity to show surprising debutants. 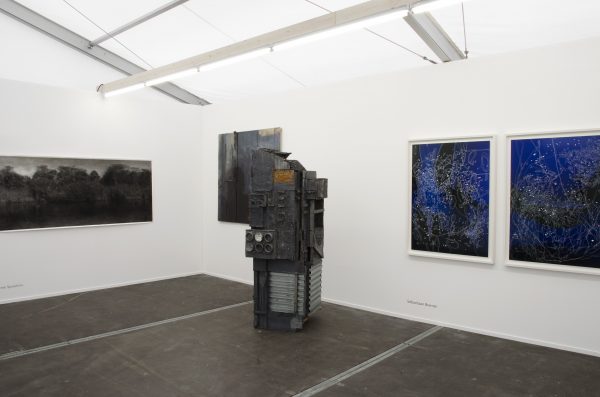 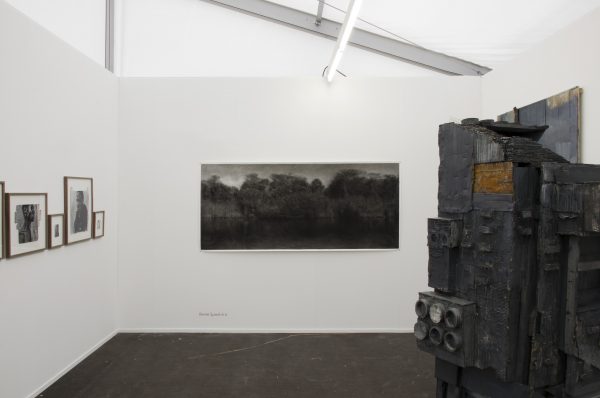 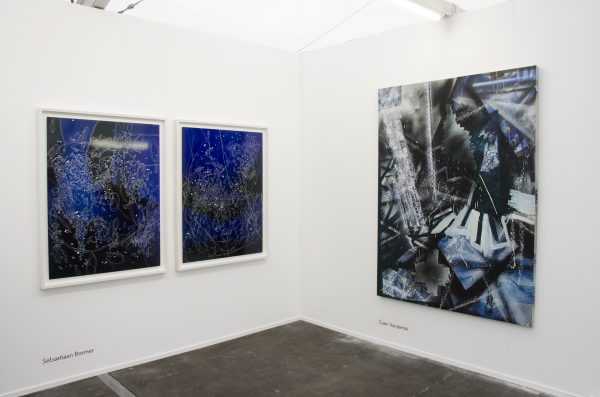 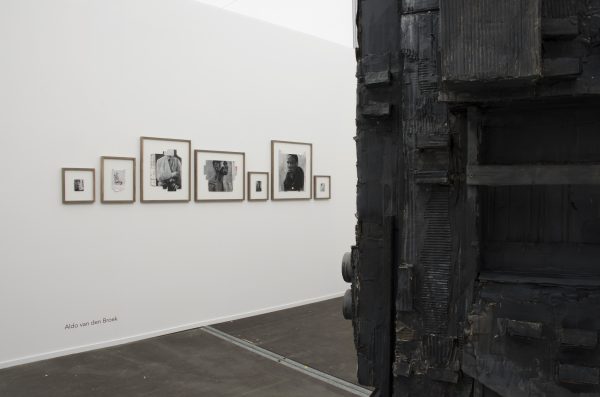 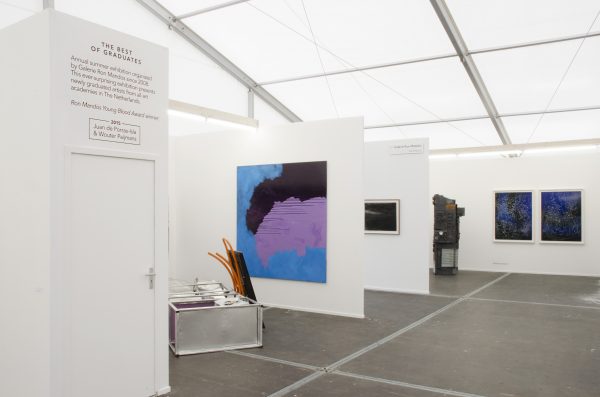 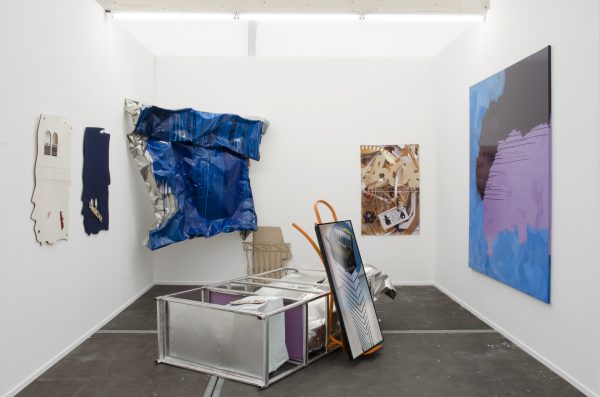 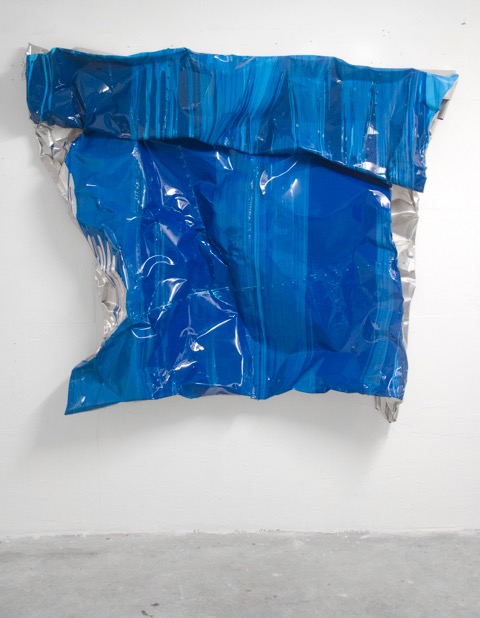 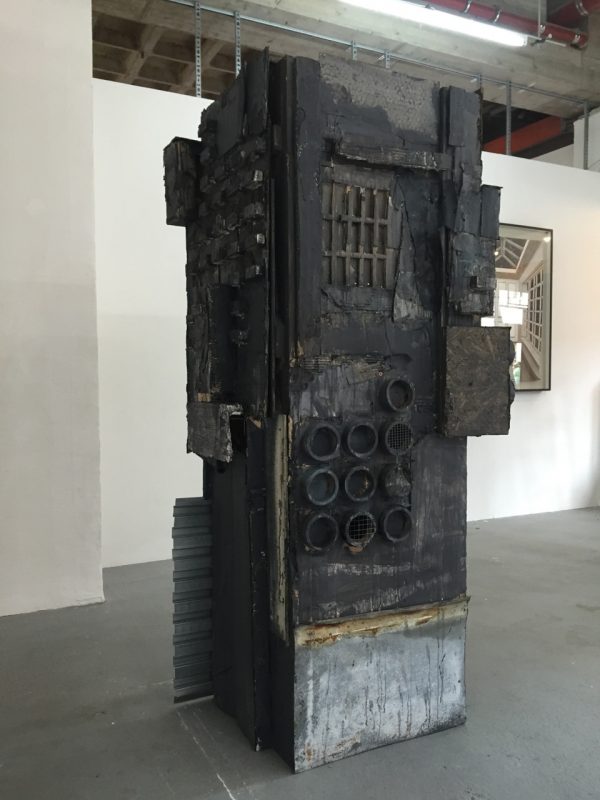 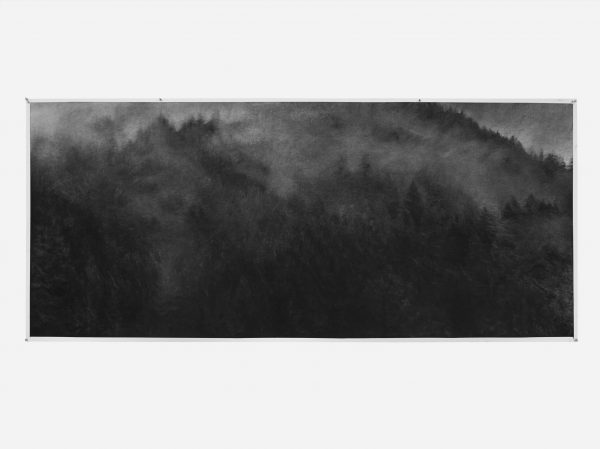 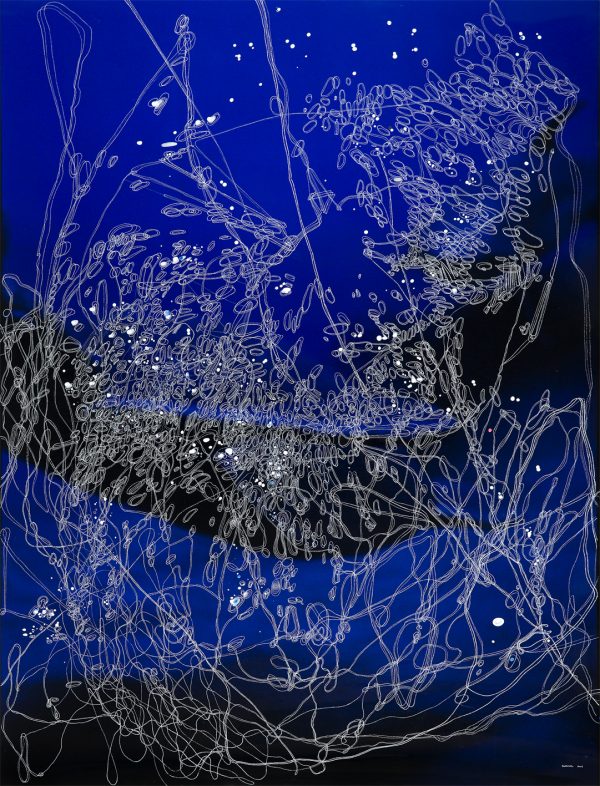 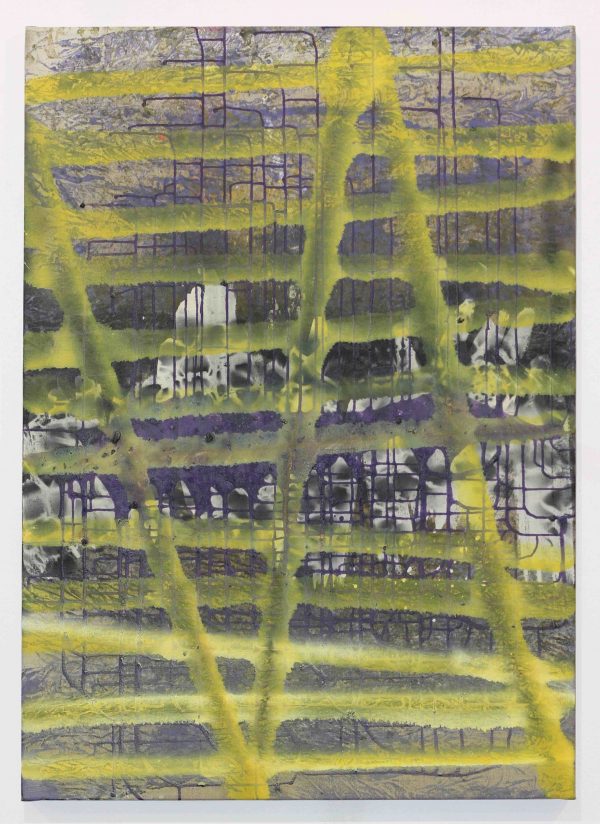 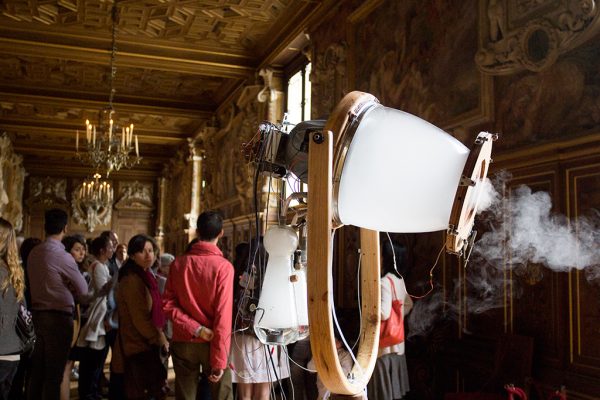