Robert Devriendt’s oeuvre mostly exists of small paintings. In these works, painted fragments are brought together in sequences. They generate an intimate story for the viewer. Different storylines configurate meaning in images from everyday reality.  The illusionistic qualities in the pictures play a big part in his investigation into the function of images.

The small paintings are put together as montages. Overall, these paintings convey a feeling like stills of a film. The themes and the combinations of paintings are not chosen at random; they demonstrate Devriendt’s affinity with painting, cinematography and the image. 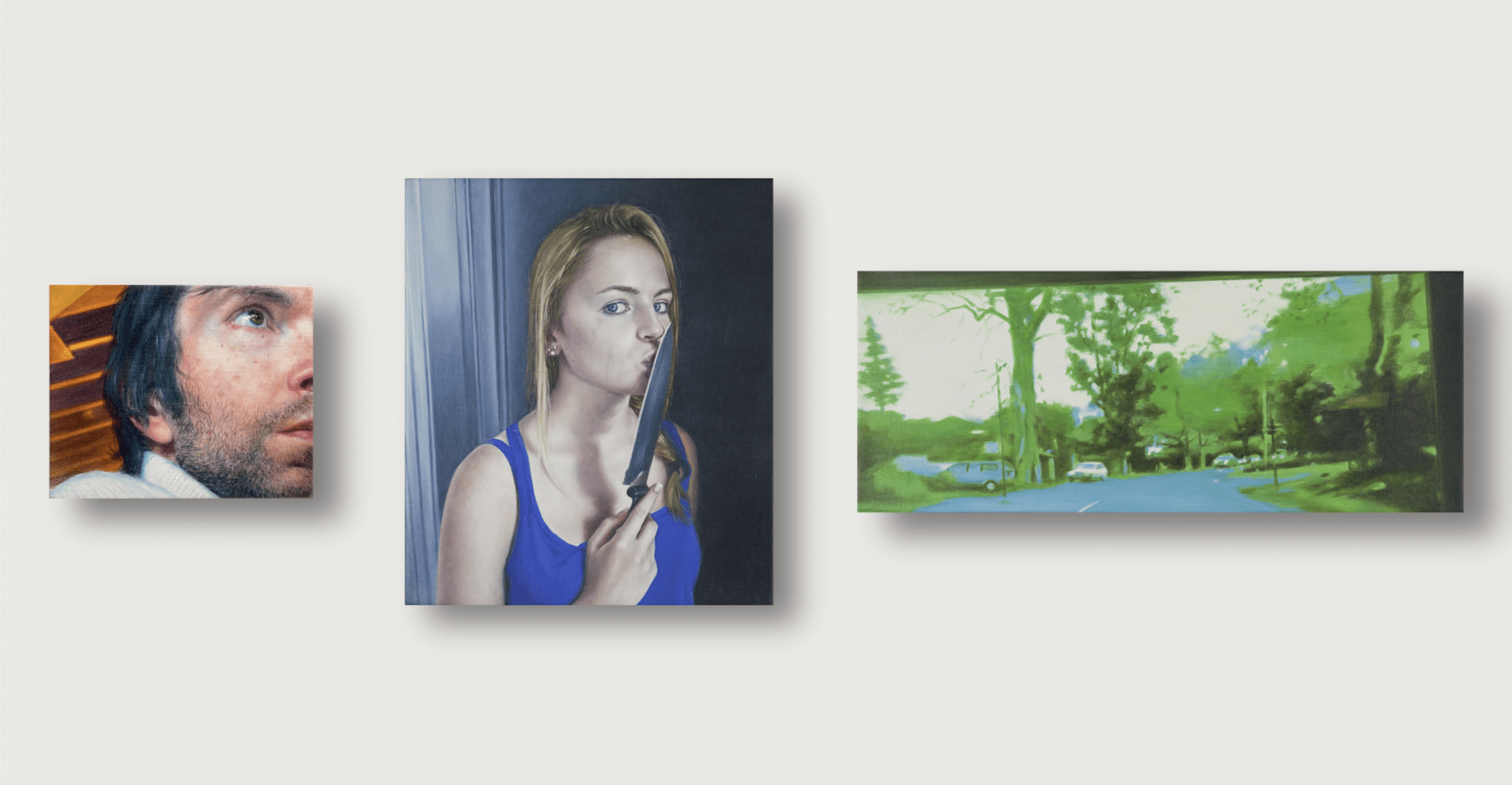 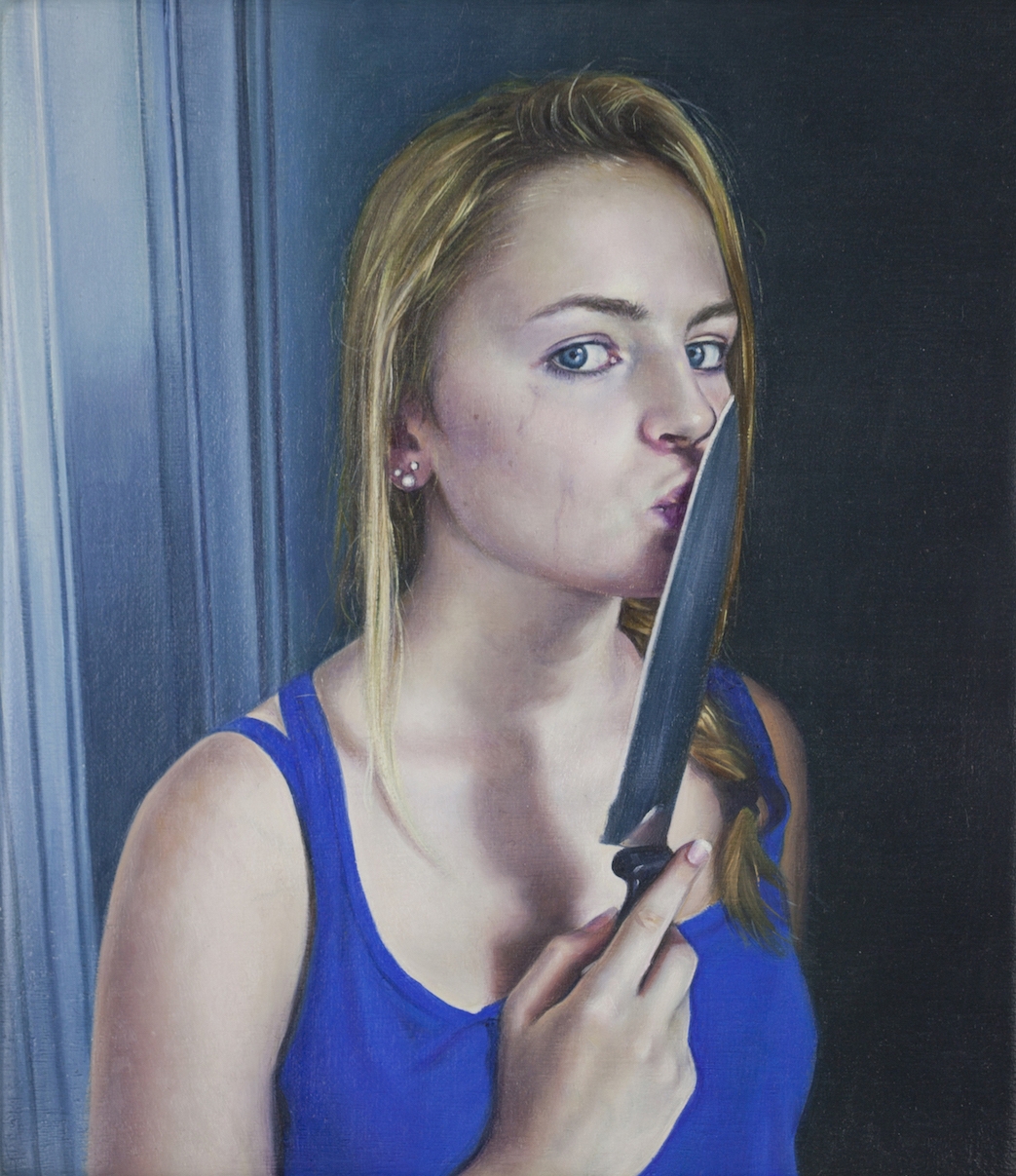 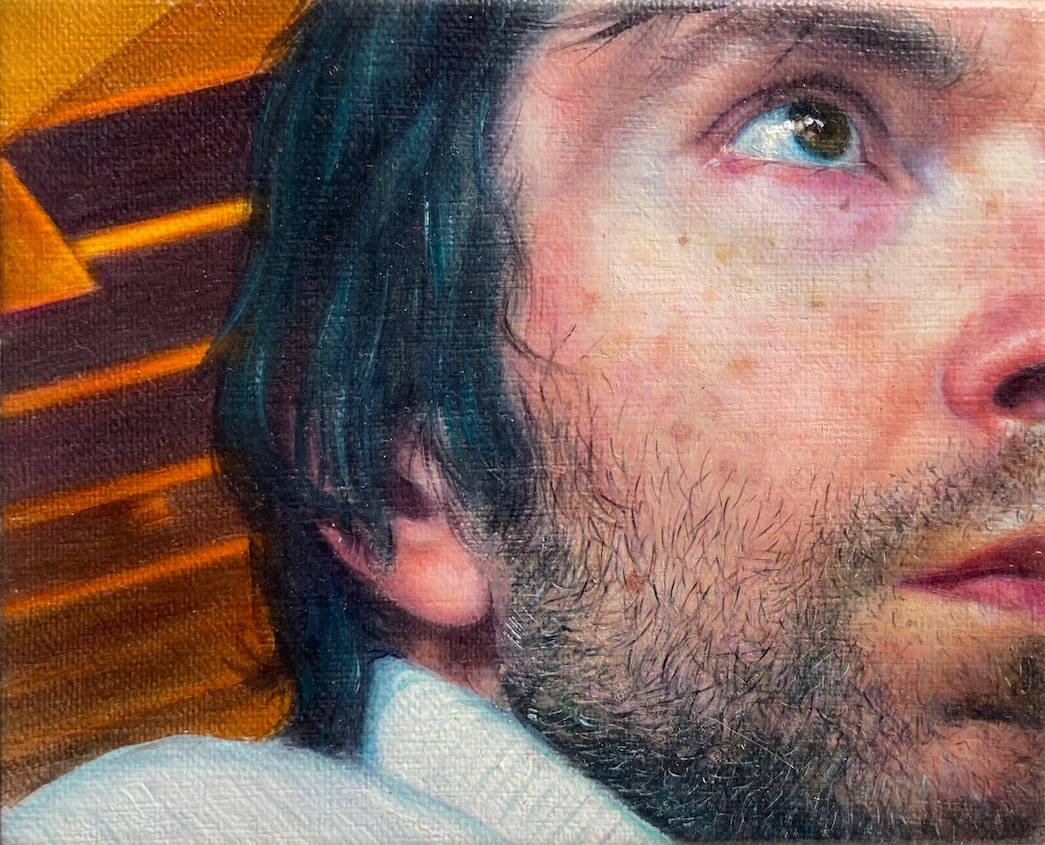 La Nuit Gothique 2 is a great example of the film like qualities that appear in his work. The combination of paintings and the title of the work, which could have been a film title, create a feeling of drama. Devriendt considers the people in his work to be characters. He depicts them with great attention to the sensual details: the suggestion of skin, the metal of the knife. In contrast, the landscape looks like it is projected on a screen, which suggests action. Together the paintings operate as fragments from a trailer and are open to the viewer’s interpretation. The content and the meaning of Devriendt’s works are never certain.

Go to the artist page 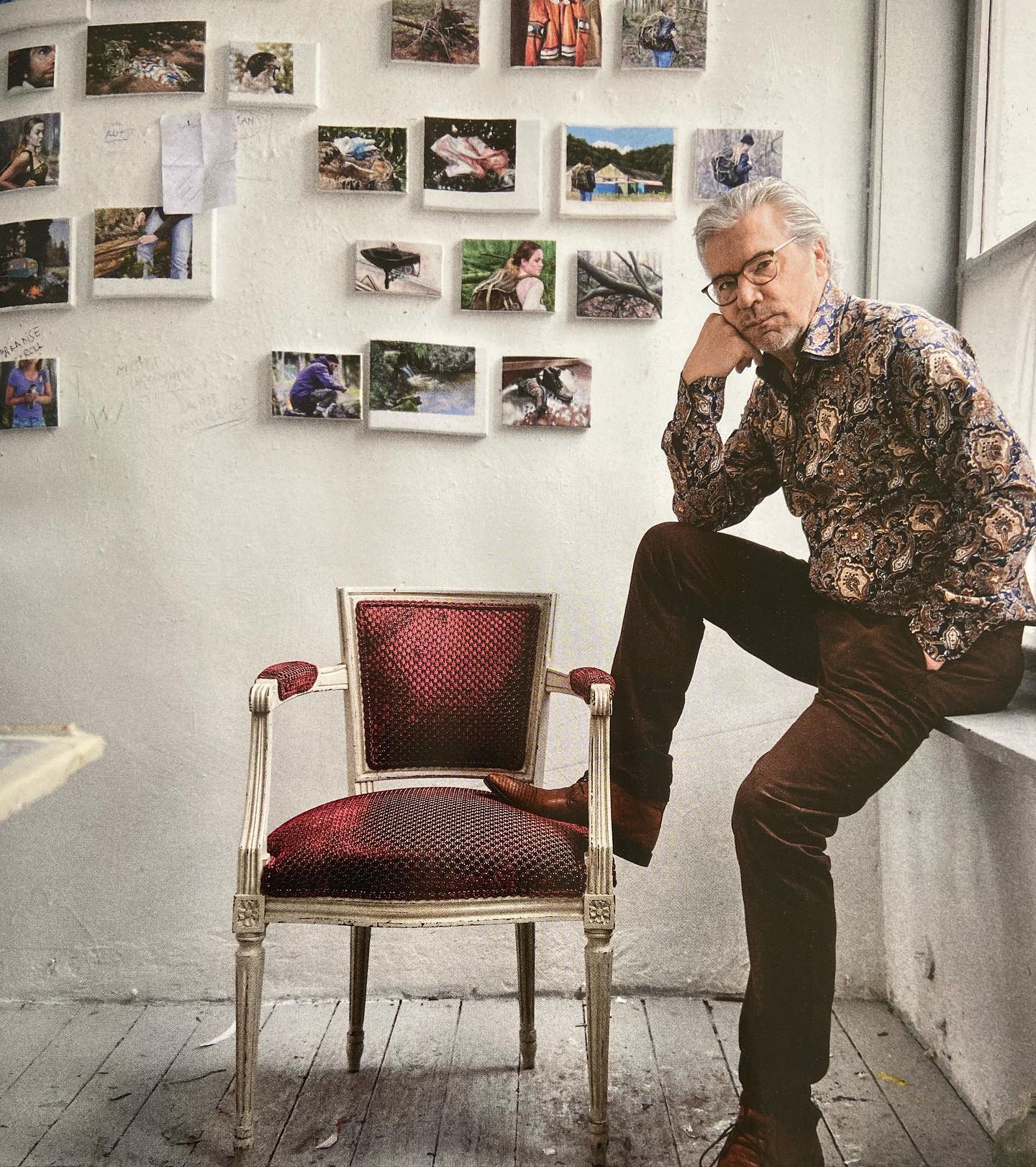 Portrait of the artist

For inquiries into the work by Robert Devriendt, click on one of the buttons below:

Born in 1955 in Burges, Belgium
Lives and works in Bruges and Zwevezele, Belgium

The works of Robert Devriendt are assembled in such a way as to create cinematic montages. The themes and the way the paintings are combined demonstrate their relationship with the art of painting, film and the image in general. Dark personages and surprising props are depicted in changing scenes in which some drama seems to be taking place. He investigates the way in which images work and are interpreted, in which misunderstanding plays a key role. In doing so, he adopts a clear standpoint within visual culture and the vision of reality. The observer, seen by Devriendt as a voyeur, is invited to interpret the ‘interrupted story’ like a detective. His imagination is stimulated by the spaces between the paintings. Devriendt’s illusionist painting technique, reminiscent of the Flemish Primitives, also casts a spell on the observer.