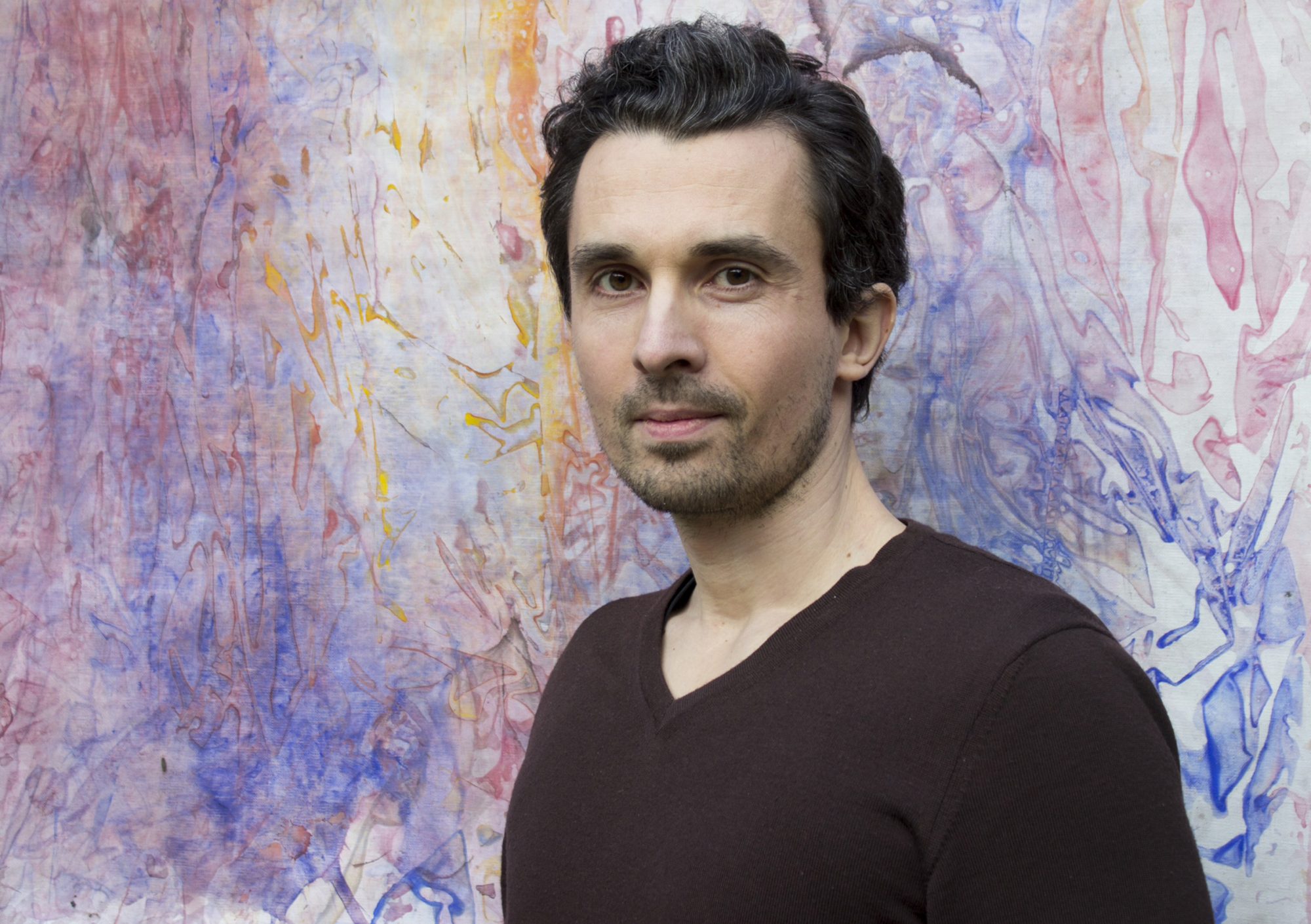 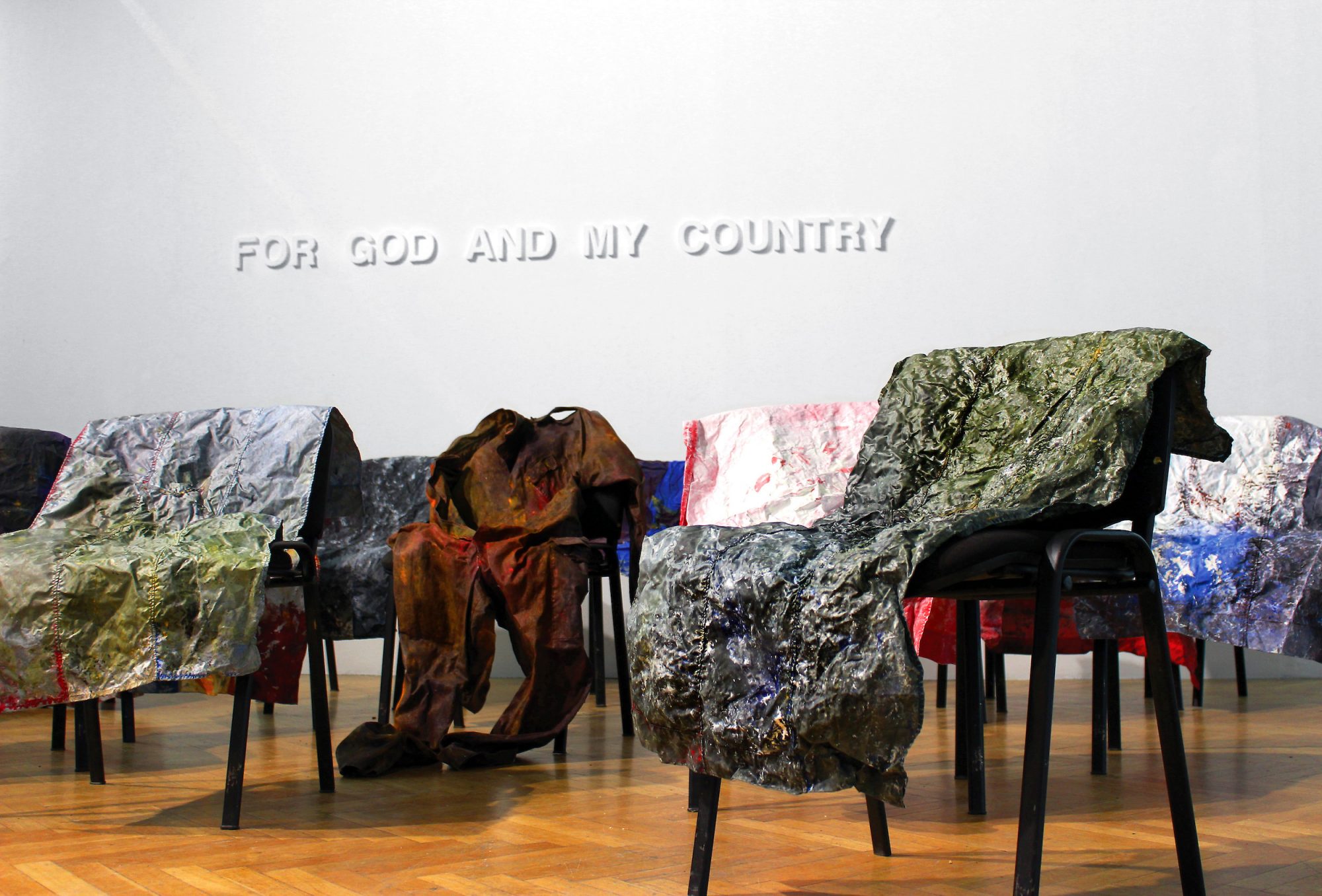 Upcoming Exhibition: For God and My Country

Galerie Ron Mandos is pleased to present For God and My Country, a solo exhibition of new works by Ivan Grubanov (1976). In his installations and paintings made of flags and worker suits, the Serbian artist explores the notion of nationalism through memories of the bloody civil conflict that broke the former Yugoslavia apart. Grubanov addresses the question what it means to be part of a nation-state, what it means to try to leave national membership, and what it means to be associated with a nation.

Grubanov paints with vintage flags of his former country. It was by chance or artistic providence that he came into possession of a huge quantity of national flags, flags of the former single party and the proletarian movement of Yugoslavia. Grubanov started using these as tools to soak up and spread paint onto his canvases, wanting to bring them back to life. The intuitive and ritualistic process of covering and obscuring the flags with paint helps the artist to deal with the violent past of his country. They reveal to him ideologies and broken-up ideals of the past and show records of people who lost their nation. 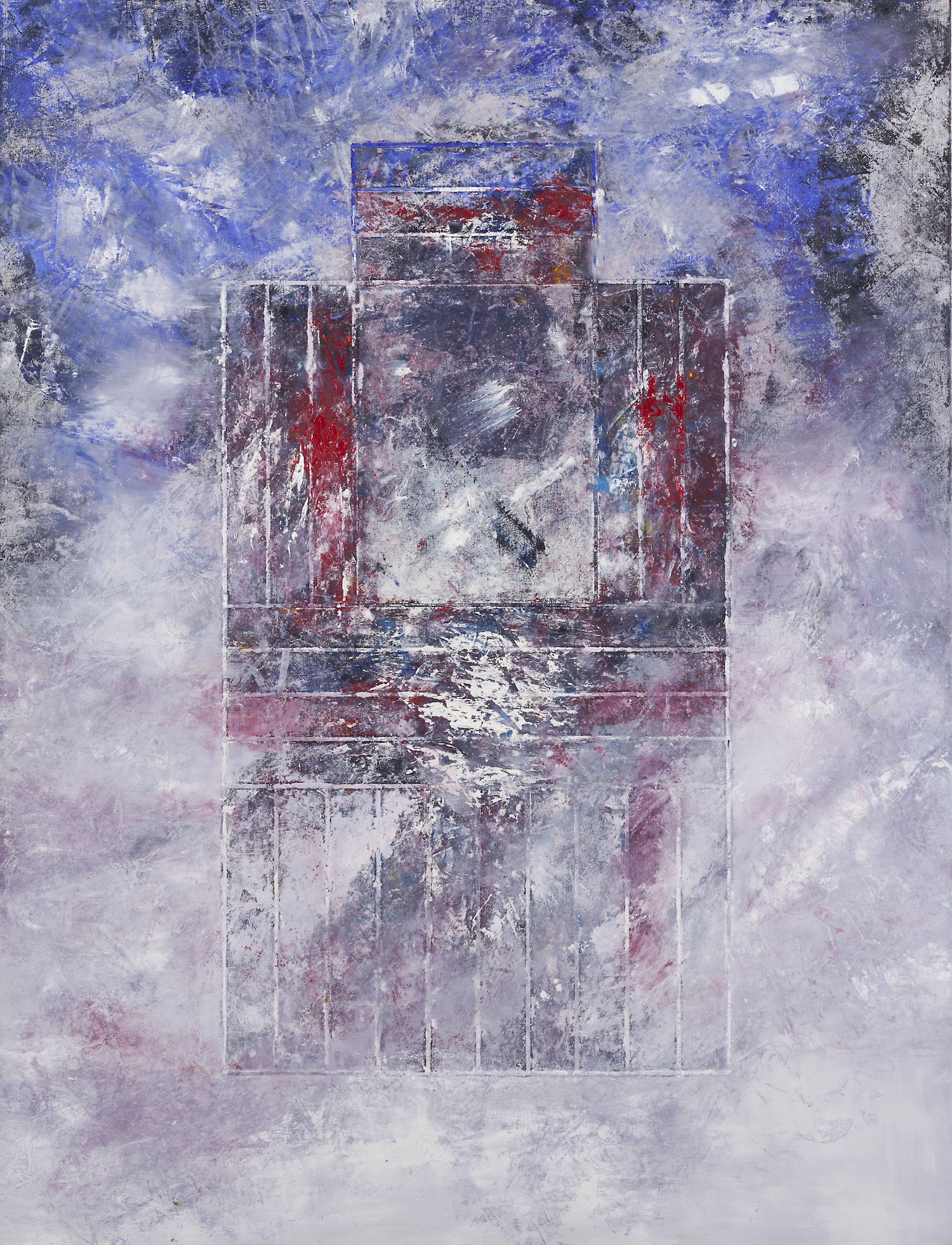 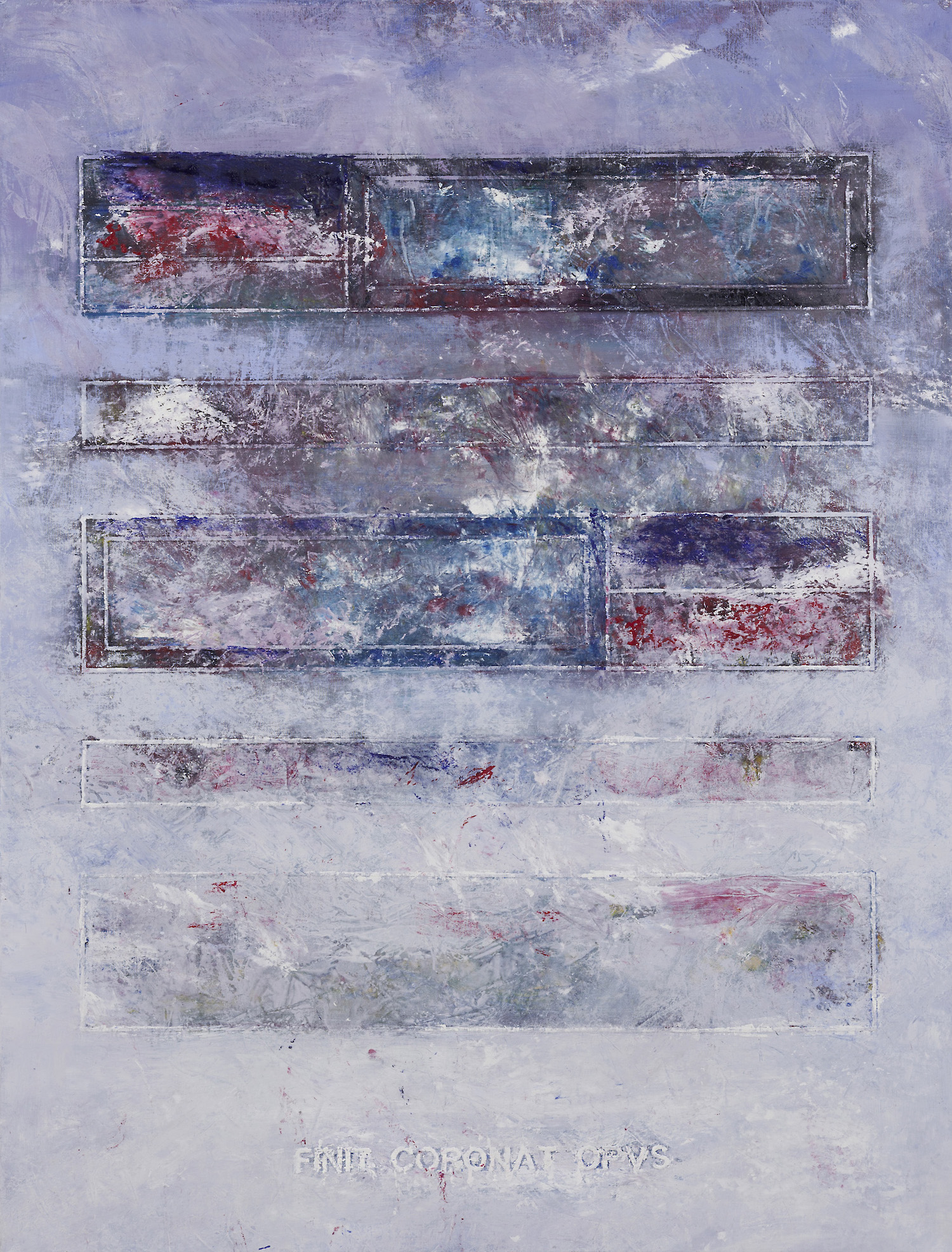 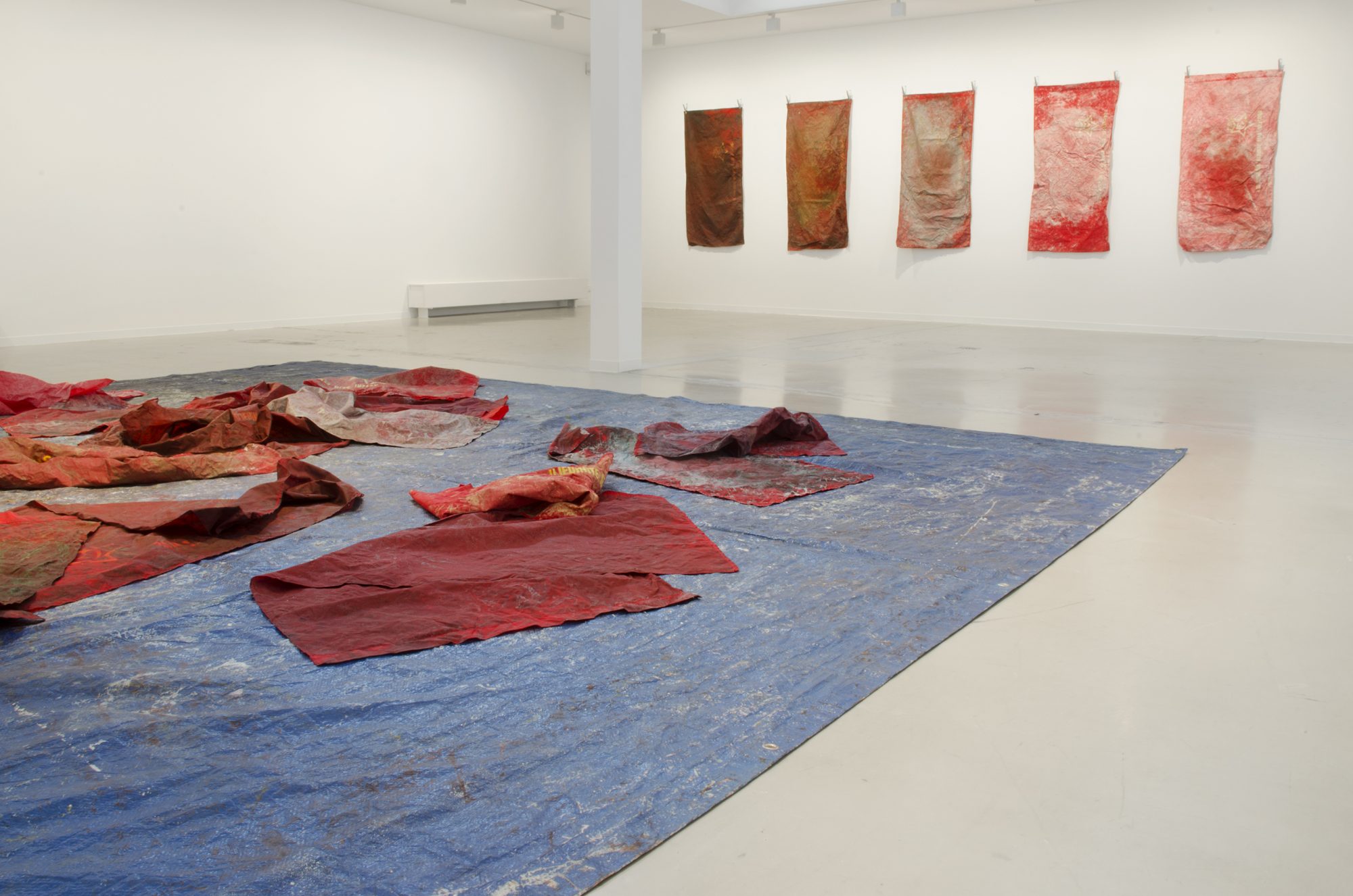 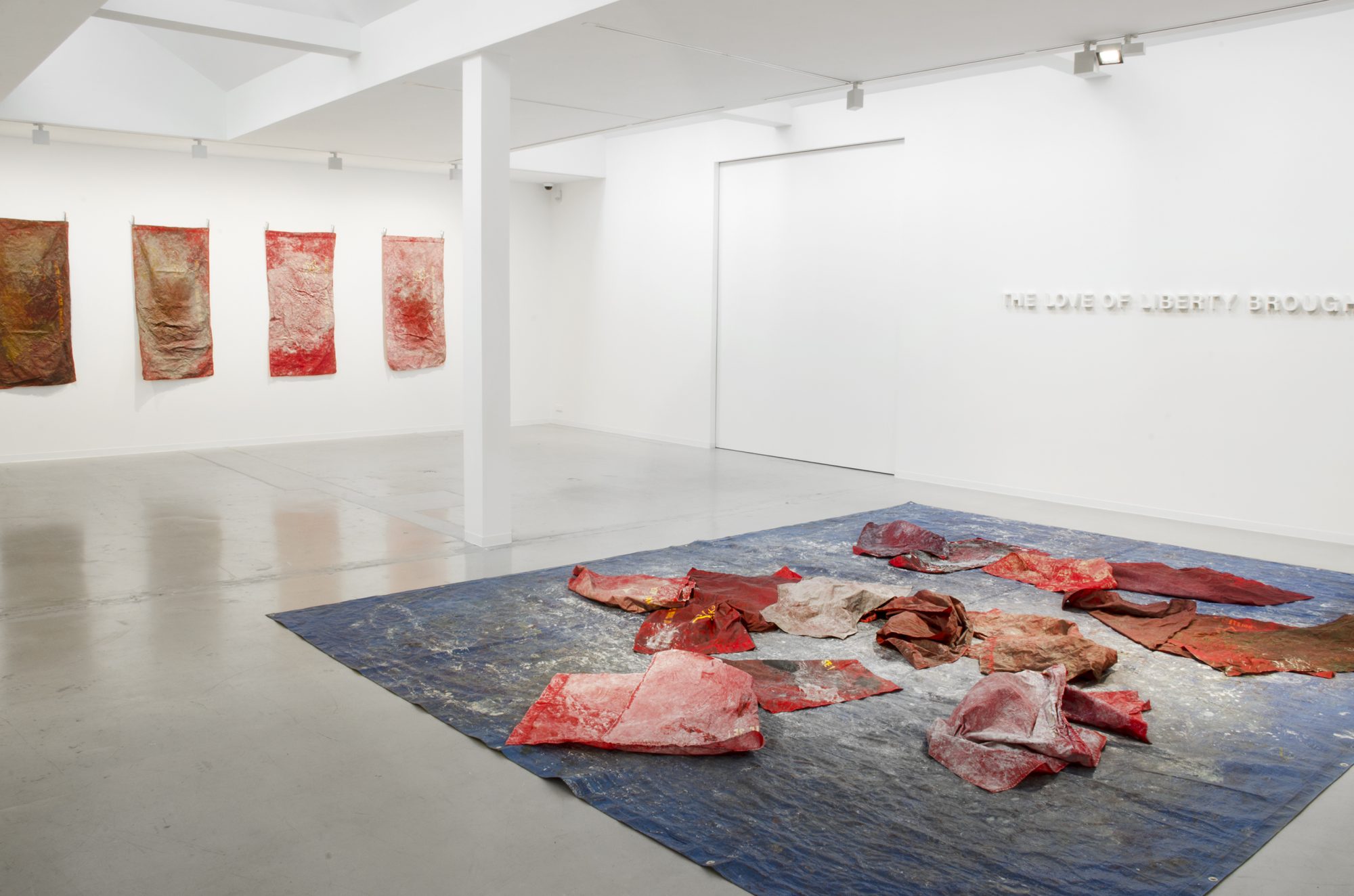 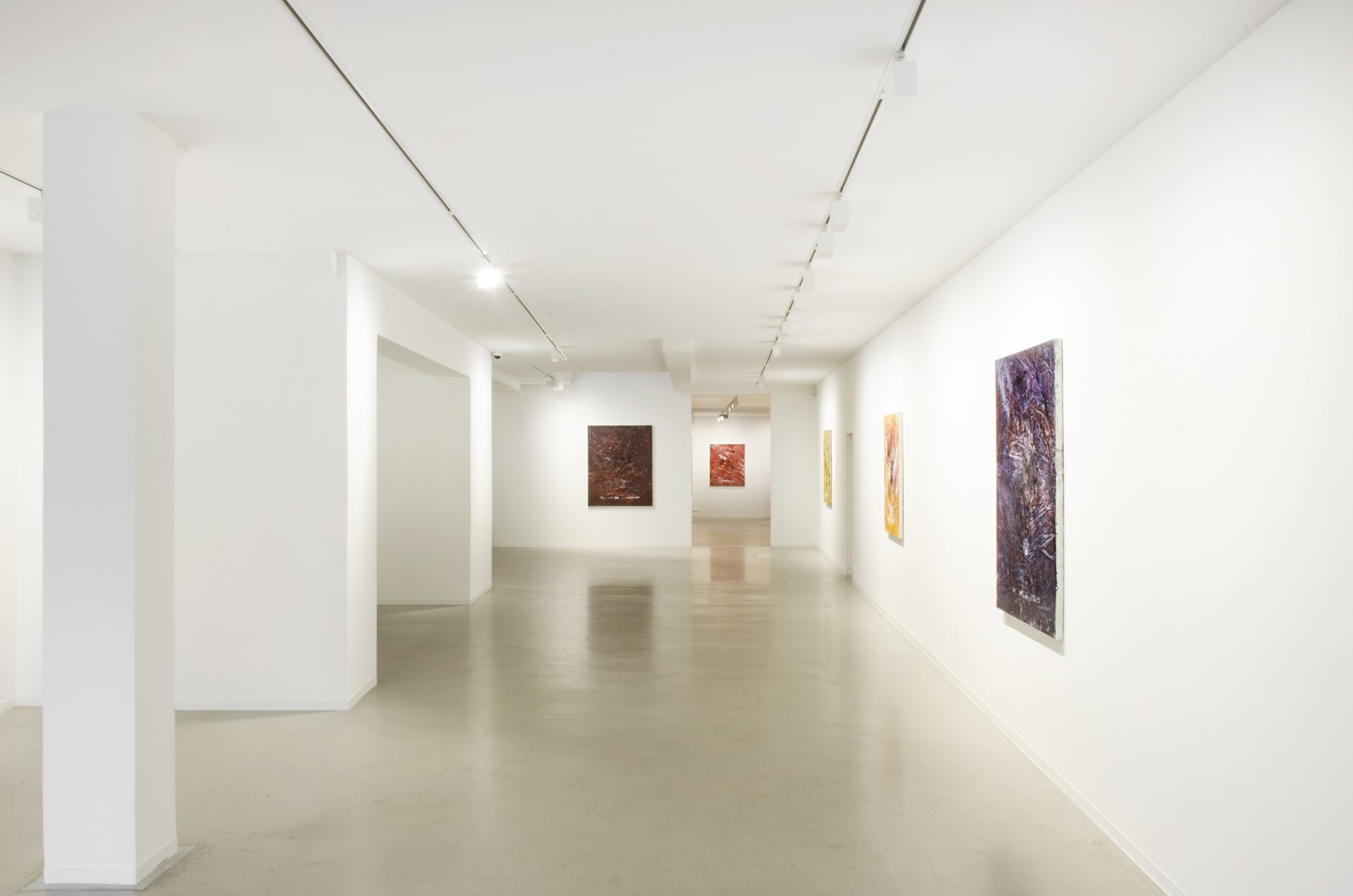 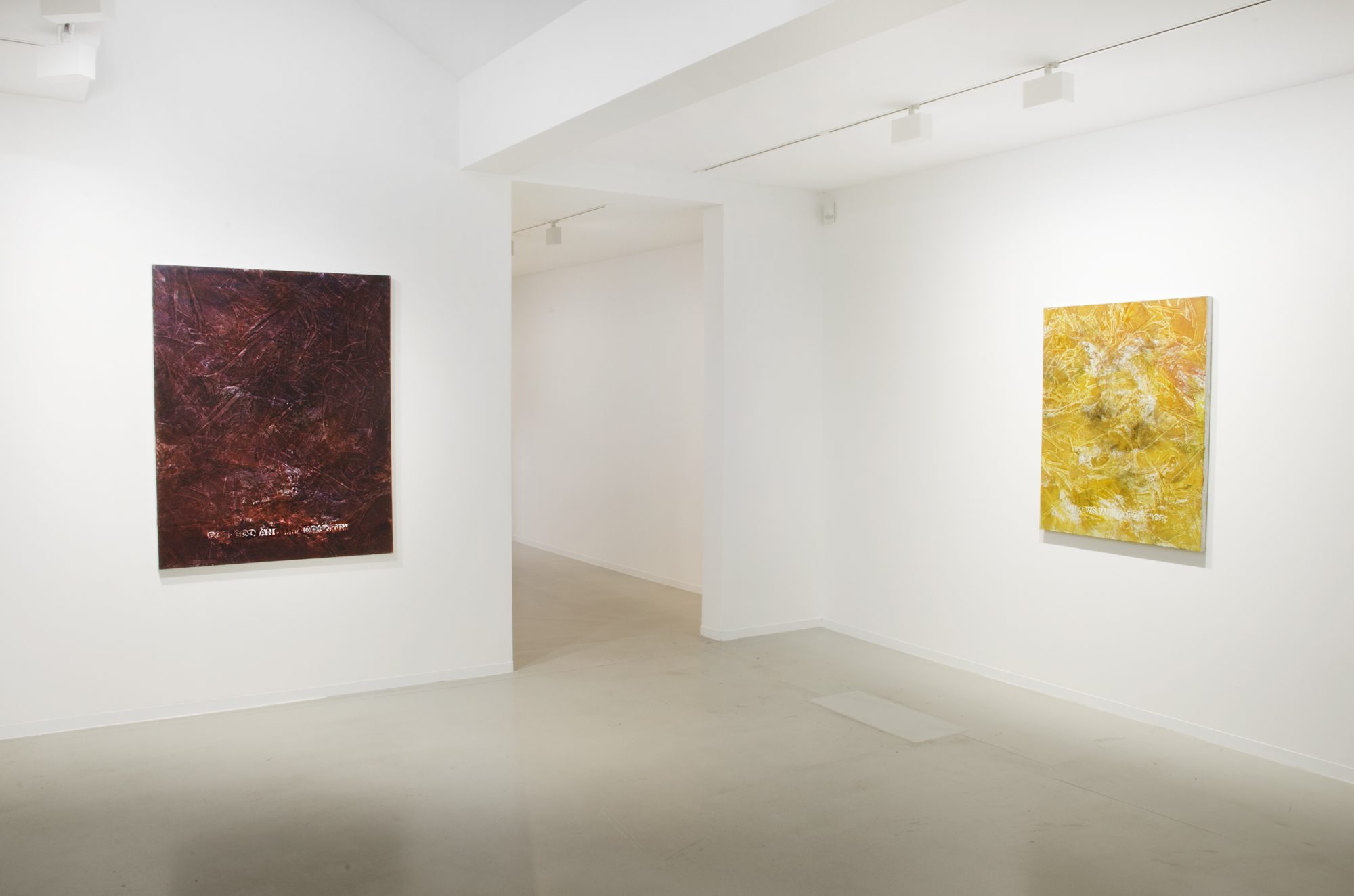 In 2016, Grubanov presented SMOKE NATION SCREEN, an exhibition of new paintings which pursued the artist’s allurement towards political historiography and its complicated effects on the individual. Flags are a reoccurring element in the works of Ivan Grubanov, symbolizing the notion of nation as established by modernity. A notion that is in our current time a mere smoke screen, behind which processes of supranational character are taking place; global flow of capital which is poorly regulated on national scale and global flow of people and practices that undermine the notion of nation by rendering it inadequate. Growing up in Serbia, made Grubanov highly aware of the consequences and impact of a disintegrated state. When he was fourteen years old the war started in Yugoslavia and by the time he was twenty-two the NATO started interfering by bombing the area. 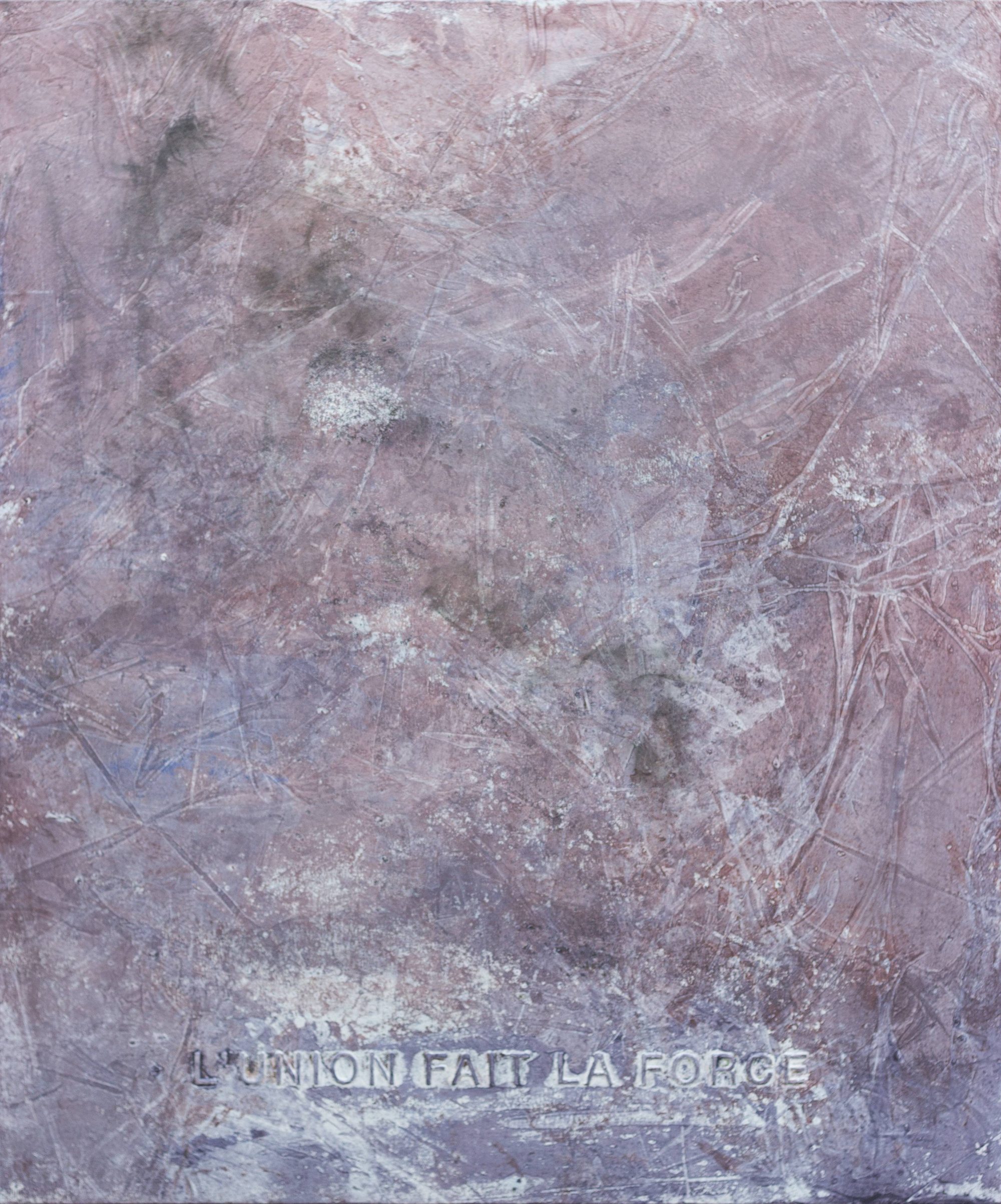 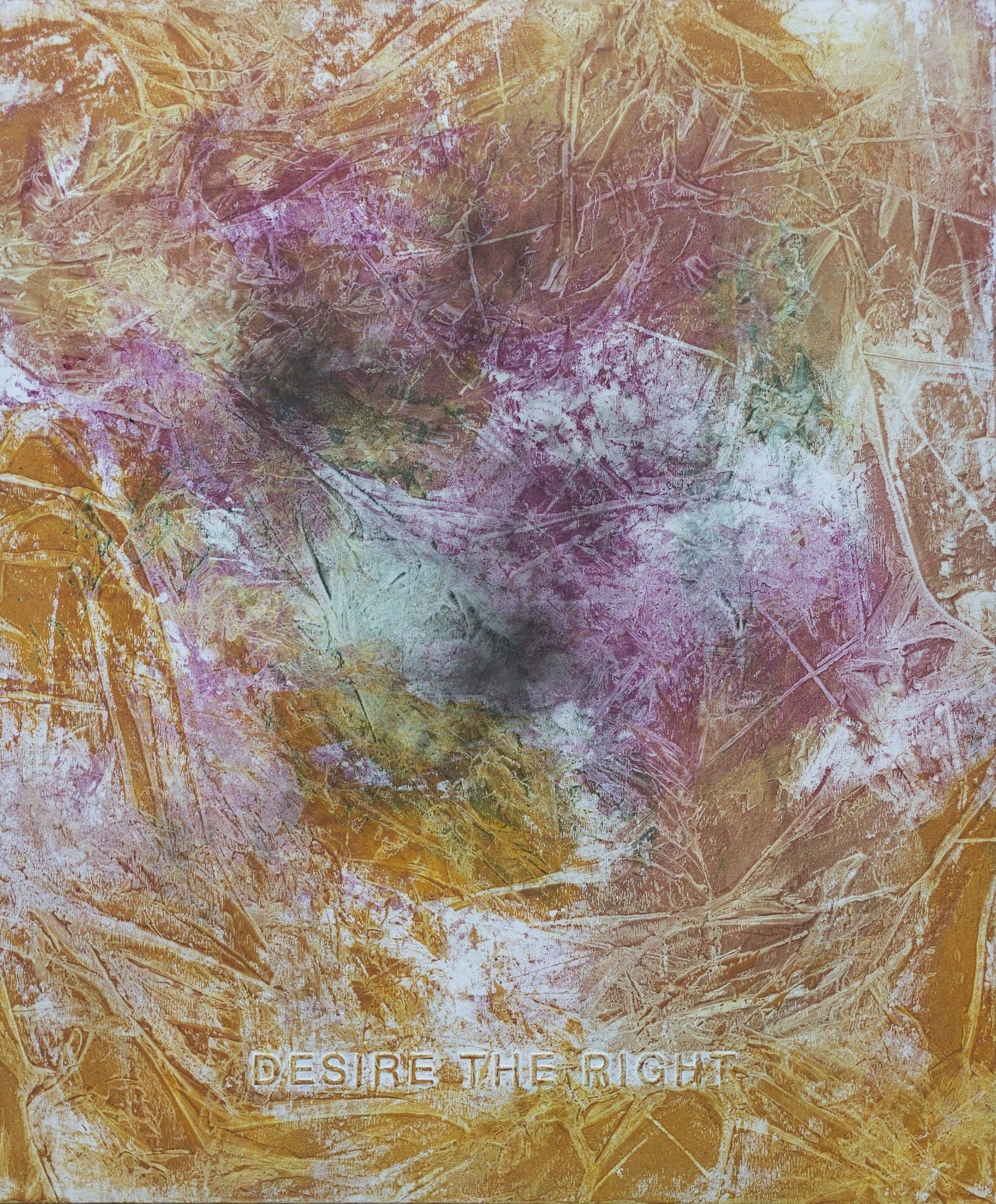 The series SMOKE NATION SCREEN started out with a search for textual inscriptions on national flags, which the artist embroidered on a blank canvas. Using the technique of embroidery transforms the two-dimensional inscription of the flag into a three-dimensional text on the surface of the canvas. By doing so the inscription becomes truly existing and real as a volume, no longer belonging to the realm of a two-dimensional illusion. He then continues to cover the various national mottos with layers of paint, gasoline and smoke. Instead of using a brush to apply the substances, Grubanov used an actual flag. 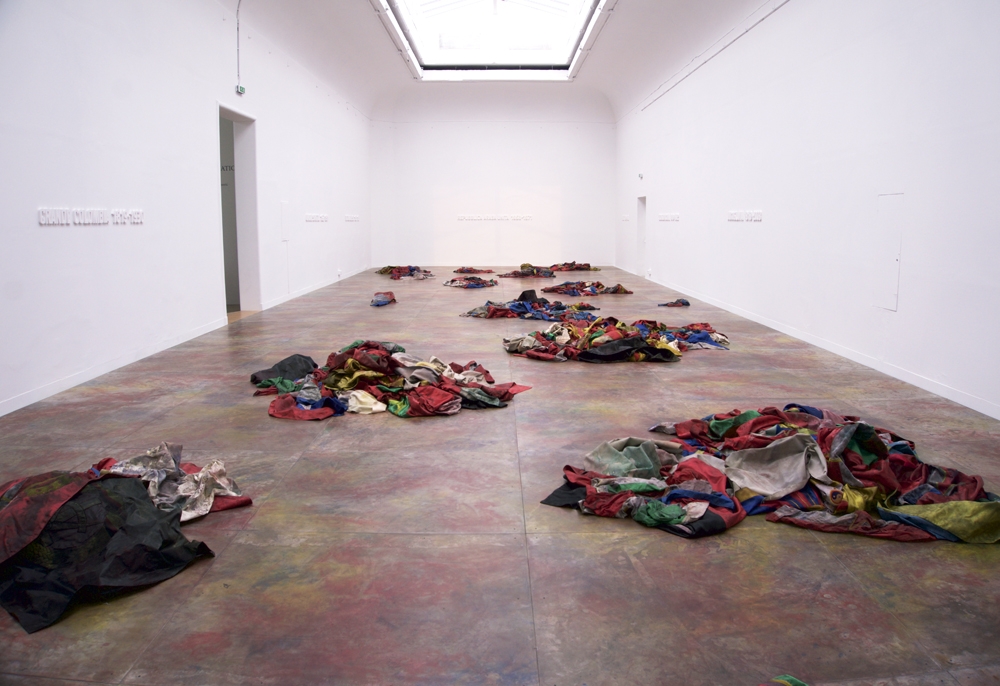 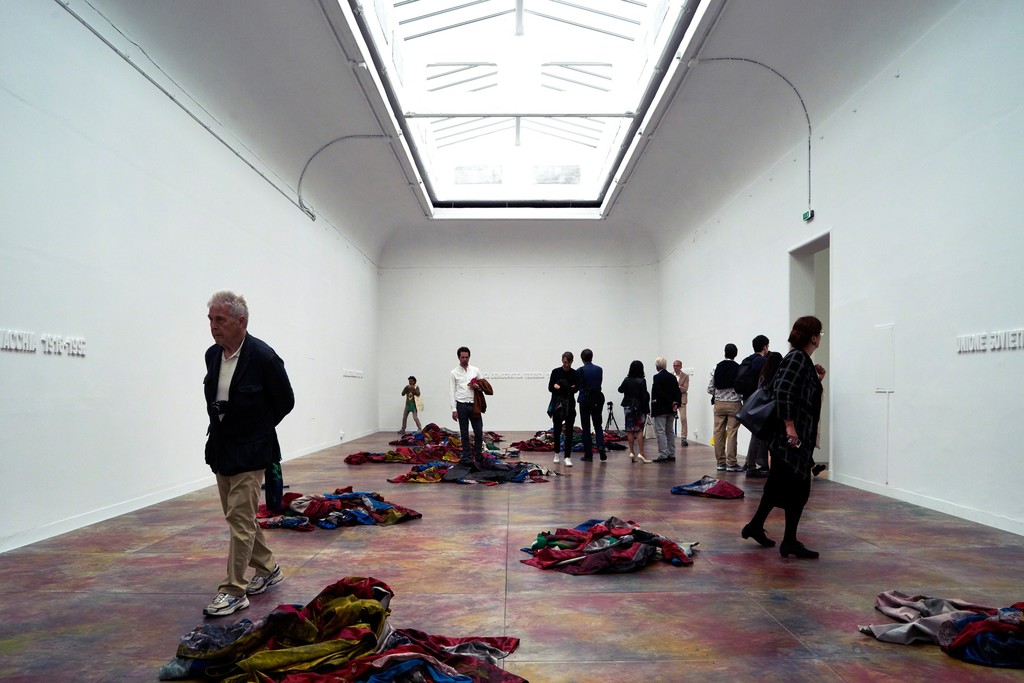 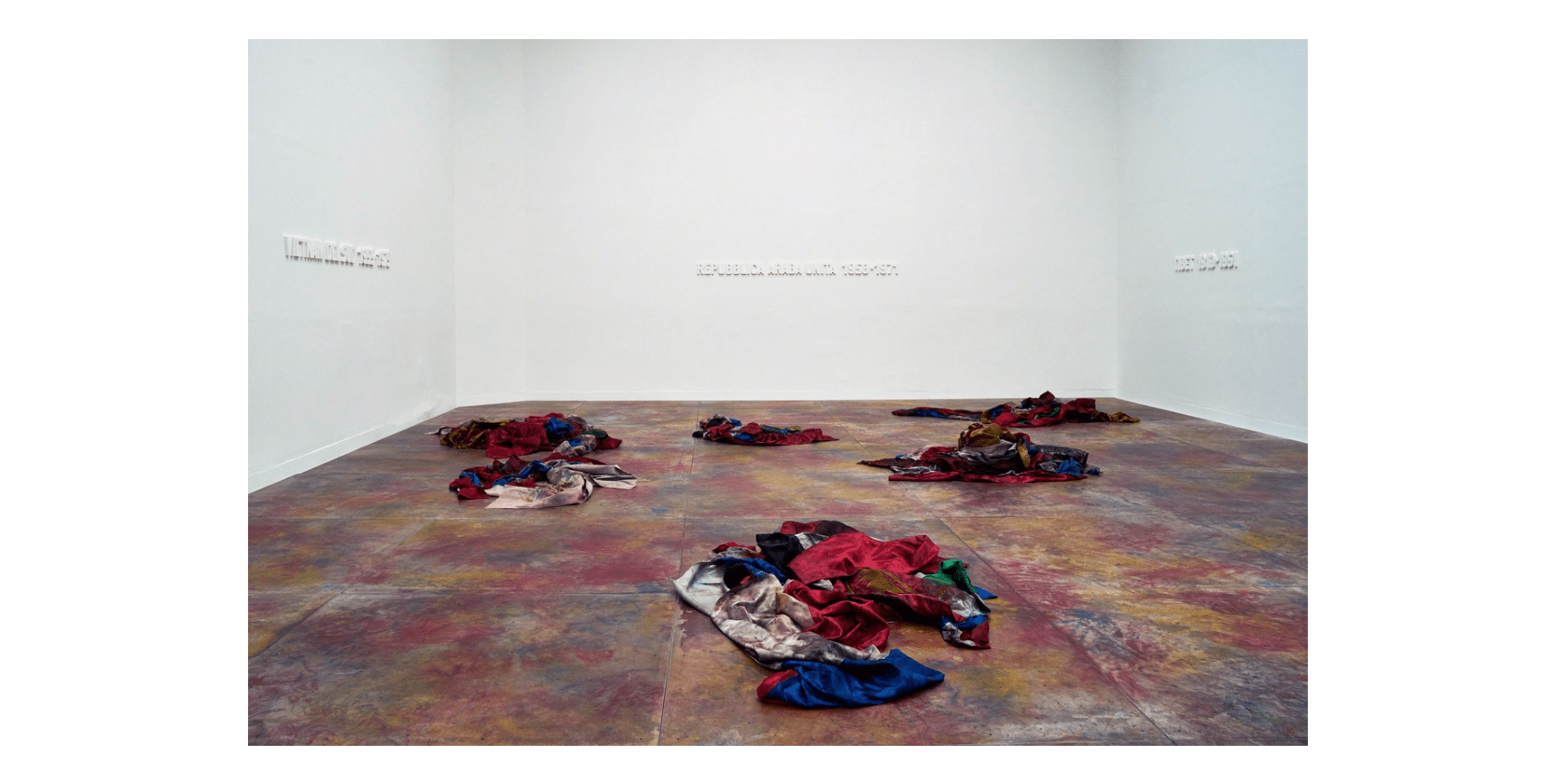 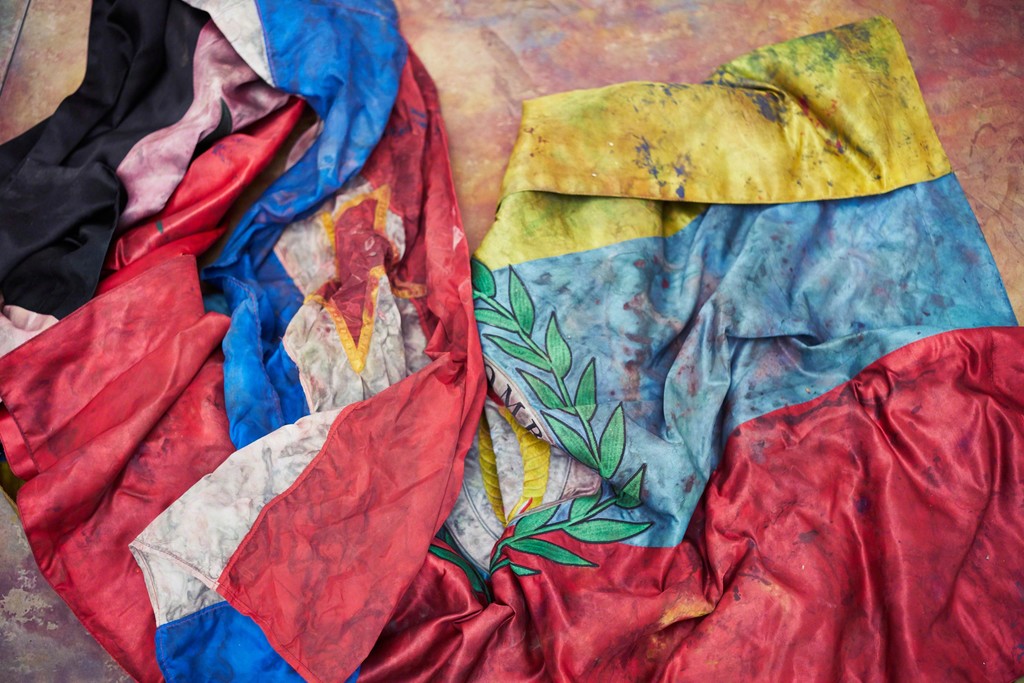 The “United Dead Nations” project representing the Serbian Pavilion at the 56th International Art Exhibition – La Biennale di Venezia by artist Ivan Grubanov explores the historical and cultural setting of Venice Biennale as the platform for projection and representation of different visions of modernity. The installation “United Dead Nations” aims to establish a dialogue on what the notion of the nation represents in our post-global times. He sucessfully creates this conversation by focusing on the nations that no longer exist as such, but whose ghosts are still conditioning the geo-spheres they had occupied. By doing so, the multifaceted spectrum of desires and conflicts, which the notion of nation embodies, is considered and the questions of nature and permanence of today’s nations are being imposed. Comissioned by the Serbian Ministry of Culture and Information, produced by the Museum of Contemporary Art Belgrade and curated by Prof. Dr. Lidija Merenik of the Faculty of Philosophy in Belgrade, Grubanov’s work critically investigates the concept of the United Nations and the notion of nation as such.

Grubanov uses the flags of nations that ceased to exist during the 20th century (Austro-Hungarian Empire, Ottoman Empire, USSR, German Democratic Republic, South Vietnam, United Arab Republic, Czechoslovakia, Tibet, Yugoslavia, Gran Colombia) and treats them as painting material: soaks them in chemicals and colors, exposes them to damaging influences, creates imprints of their symbols on clean canvases, produces sculptural forms and ambiental situations. Through an obscure ritual of processing historical material in both conceptual and physical sense, Grubanov will create a 200 m2 floor installation at the Biennial, a “plane of immanence” that demonstrates the ability of art to produce novel modes of connecting historical knowledge with the indiscernible of today. Past, present and future, life and death, art and politics find themselves overlapped in Grubanov’s powerful composition. 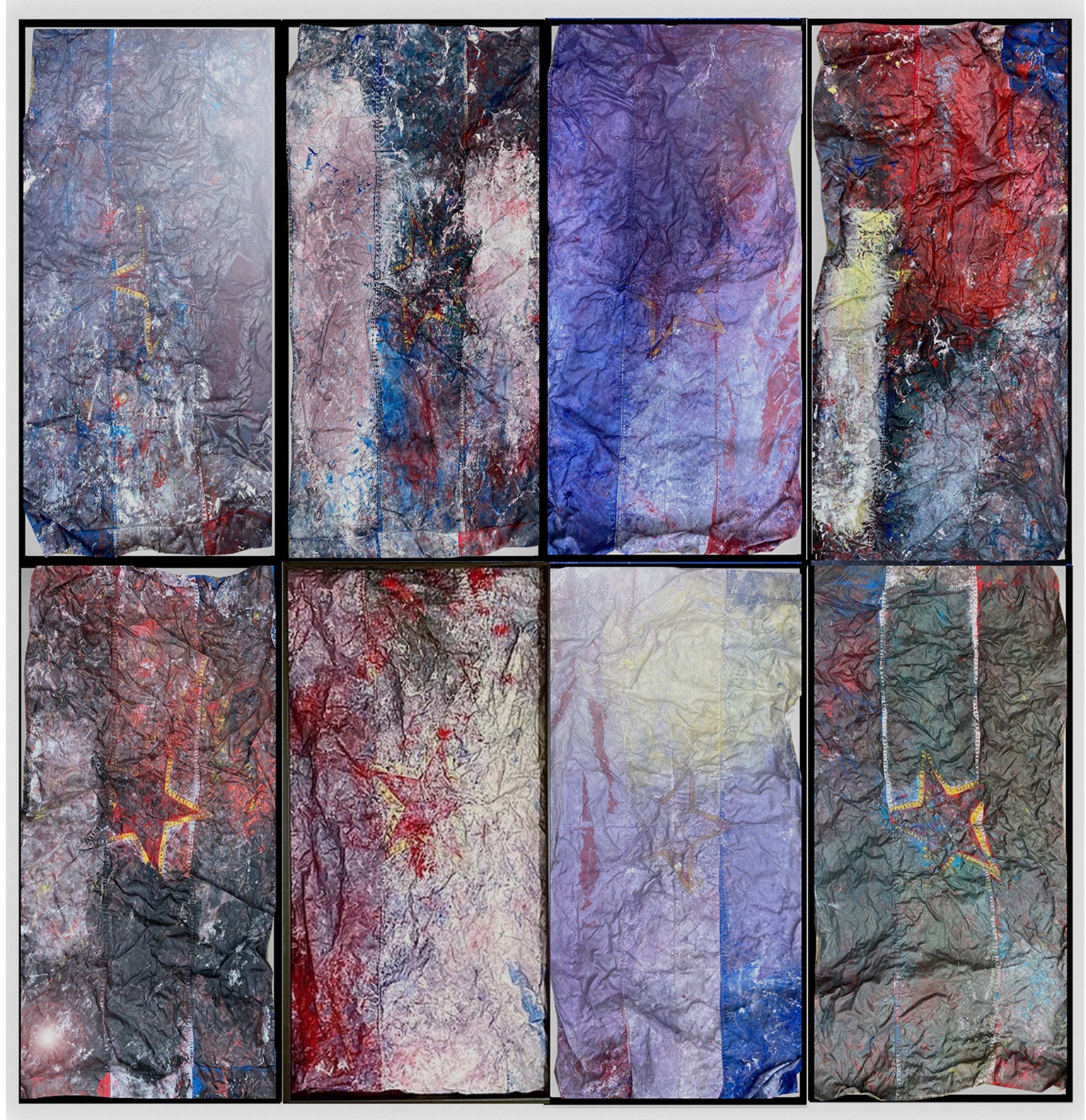 Go to the artist page